The Grace worksite - working backward down the ramp 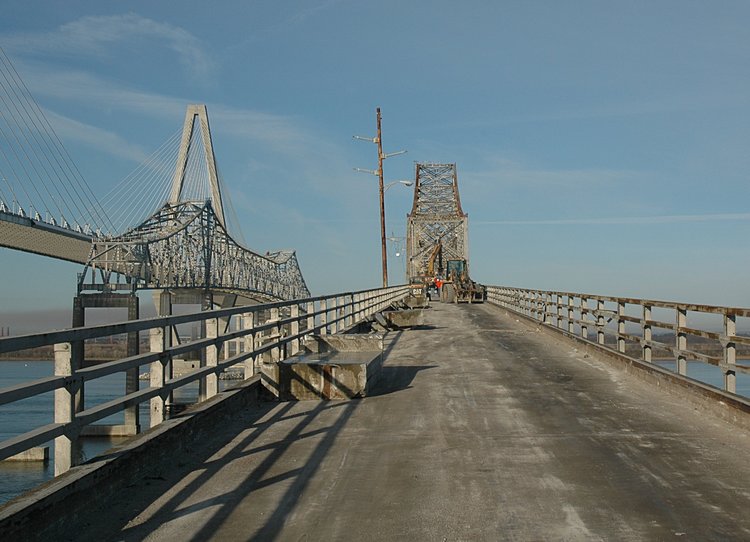 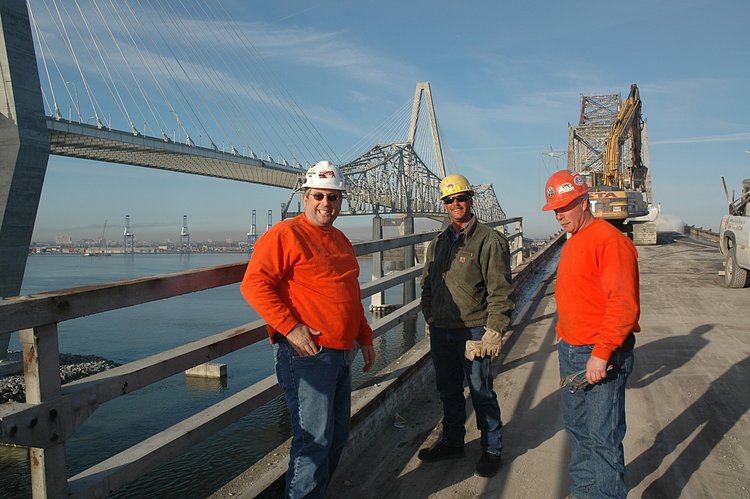 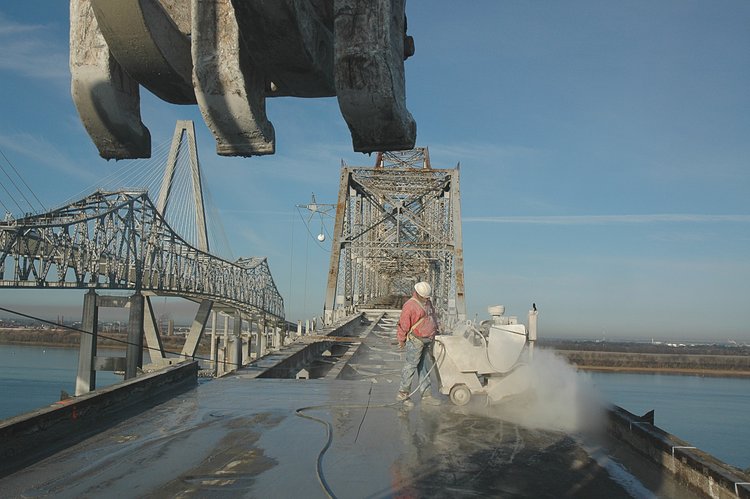 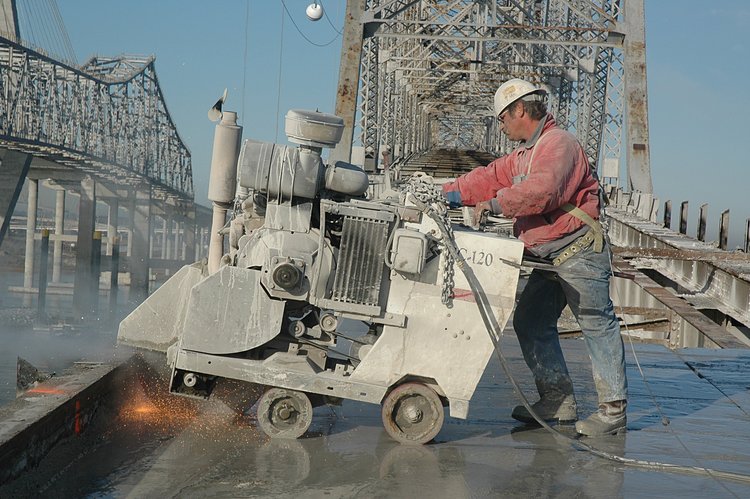 A milestone - unbuilding the main span and cantilever roadway is complete - and now, just Grace's skeleton. In the foreground, you can see the grid of roadway segments that Steve just completed. 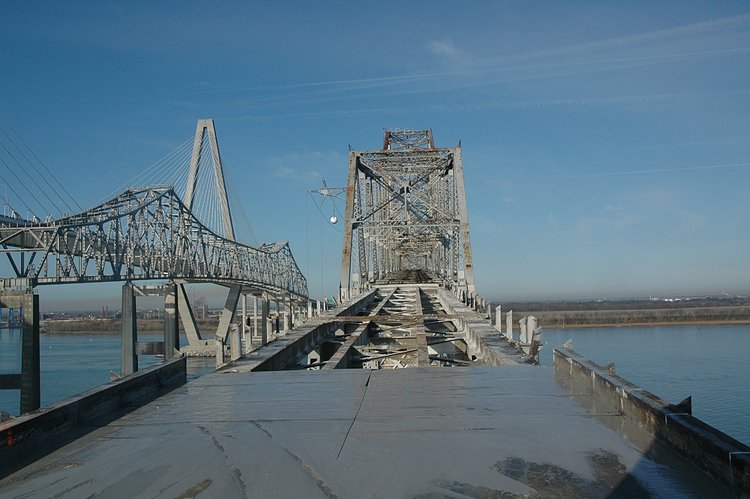 While Steve is cutting, Pio and his jazz ensemble see a pair of dolphins 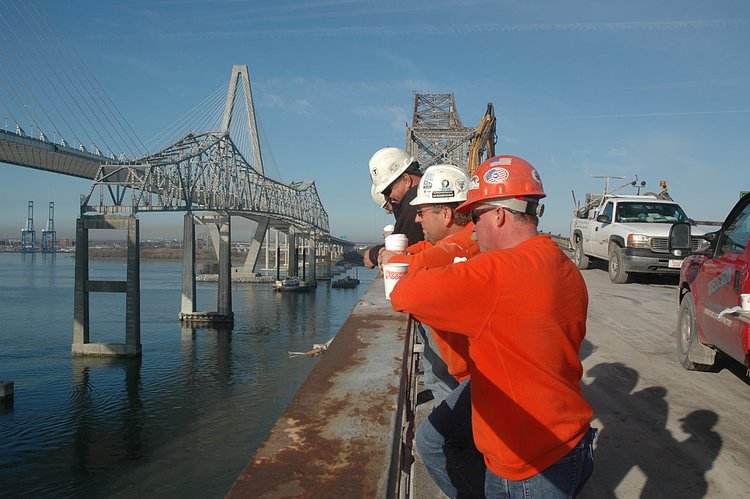 Roy mounts his tonka-on-steroids and reaches under the left roadway segment. I was so impressed with Roy's graceful management of the roadway segments that I synthesized a video (4 Mb mpg) that displays the entire sequence. 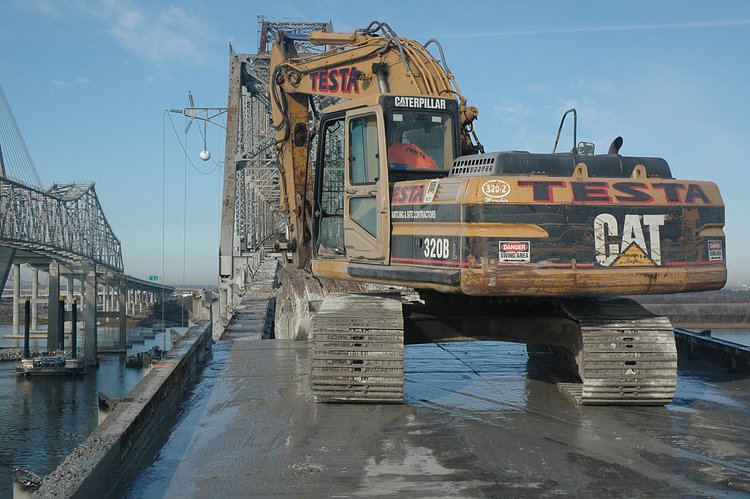 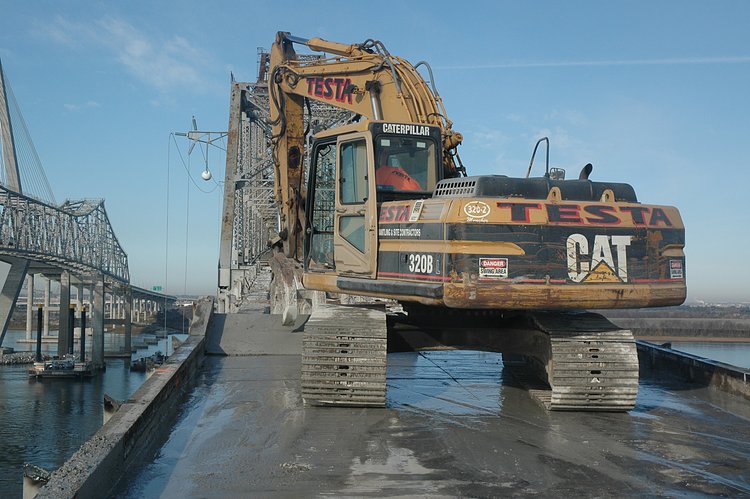 gently picks it up 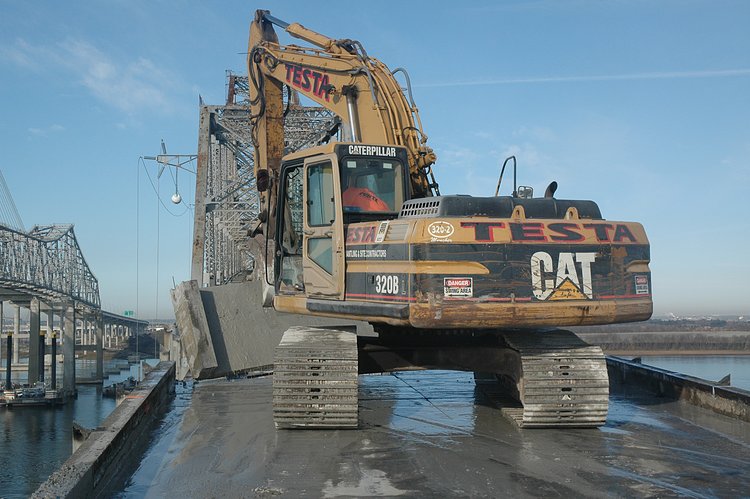 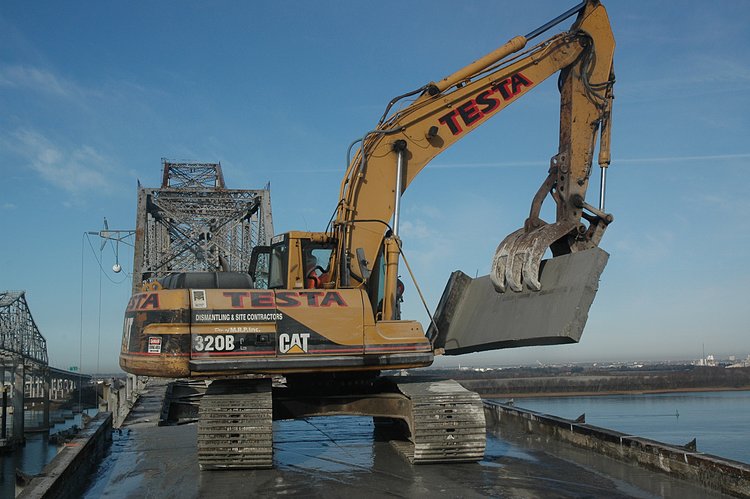 gently lays it down 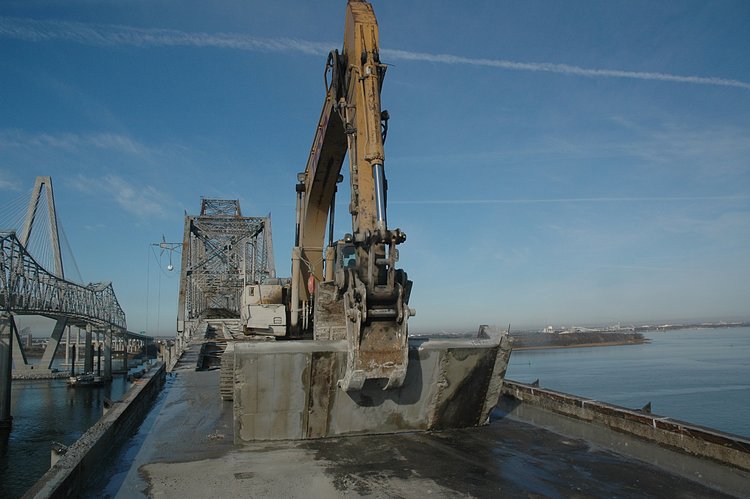 then rotates back for the next section 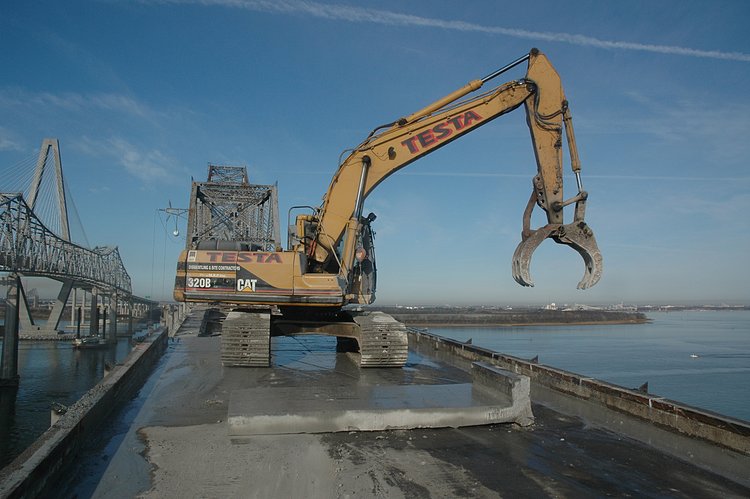 And of course, no meeting with Pio's team is complete without a view of jaws 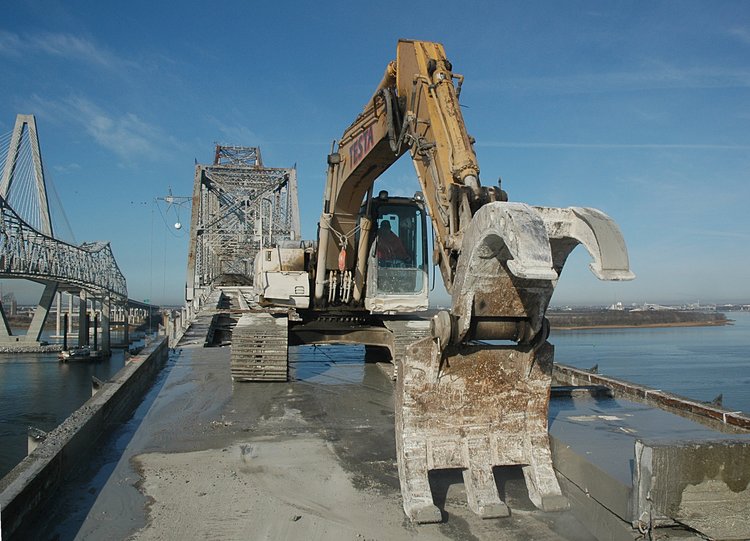