My Saturday rounds start at the Pearman ramp. Here is the Pearman worksite - note that all the Pearman supports have been leveled 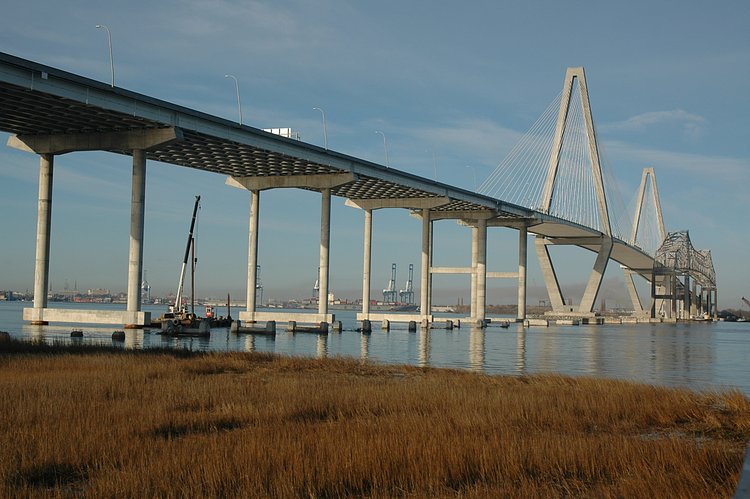 In the distance is the jackup barge, parked at C-2 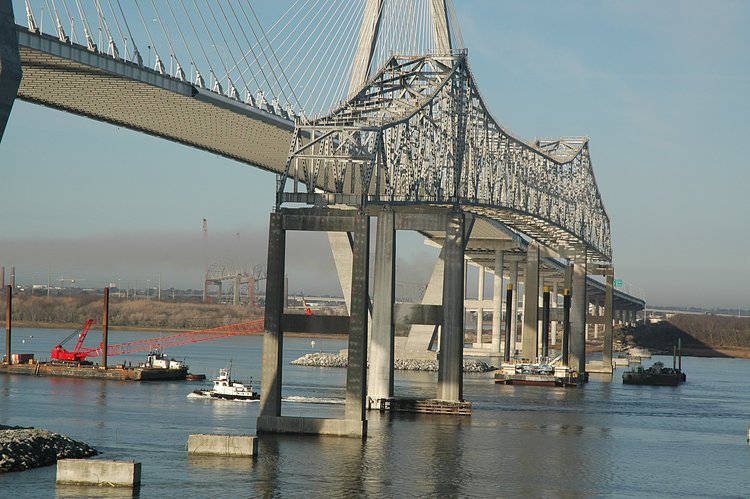 While I was walking up the Grace ramp, I saw a barge with an excavator being pushed toward the port. Richie said this was Michael so he phoned Michael and Michael waved back 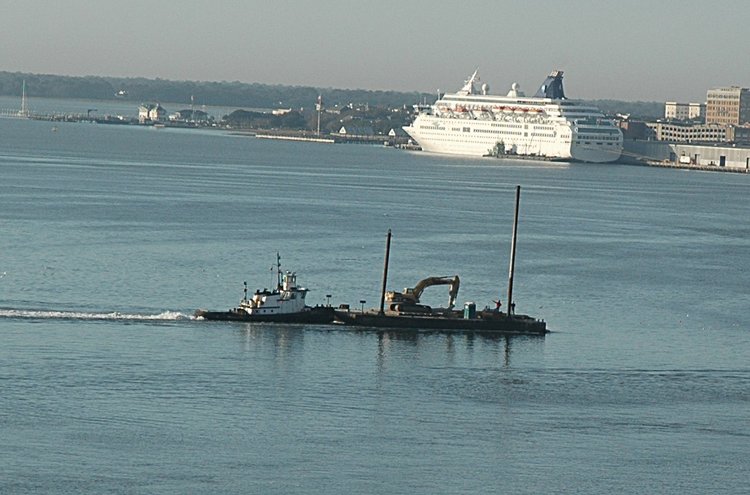 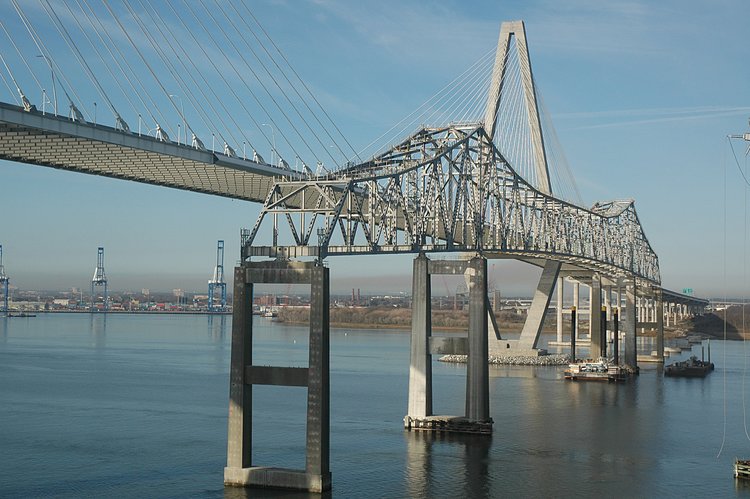 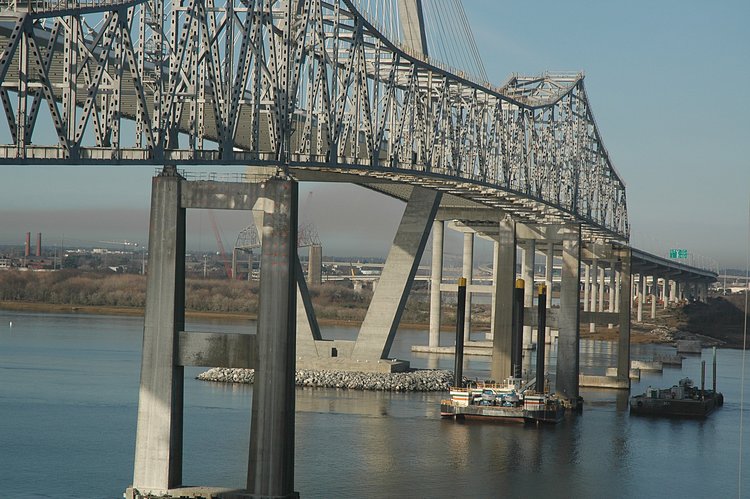 From here, you can see that the Pearman supports have all been unbuilt to the red lines and ready for building the Mt. Pleasant observation and fishing pier 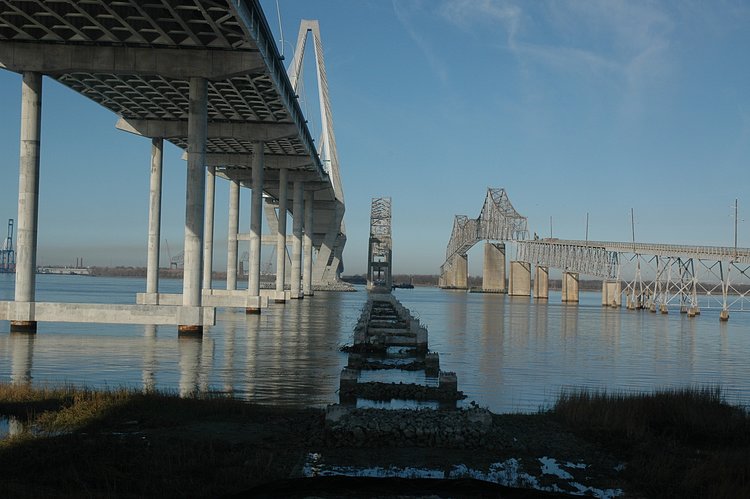 and in the background, the Coleman Recycle Center is getting a clean-up 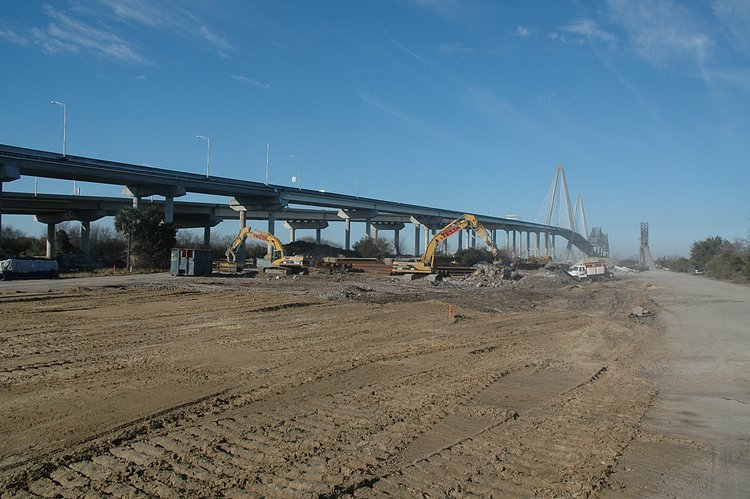 Something new - a Jackie and his grapple on the left and on the right, is Scotty and a rather large electromagnet - picking of the residual pieces of rebar. Neil Myers is hidden between the two. 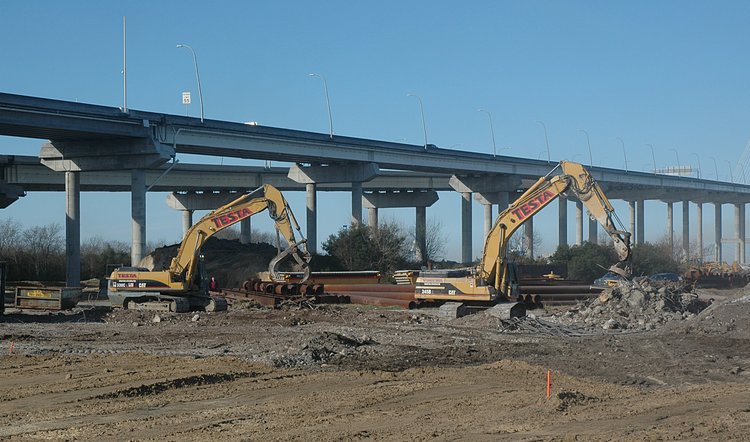