Yesterday Kami wrote me and said that her husband, Rich, was back working on the Grace. Rich, Steve and Ted (Tad) all work for the Concrete Cutting and Breaking, Inc. So Off I went in search of Rich and experimenting with night photos

The worksite at 4 am, quiet, peaceful, but windy and cold 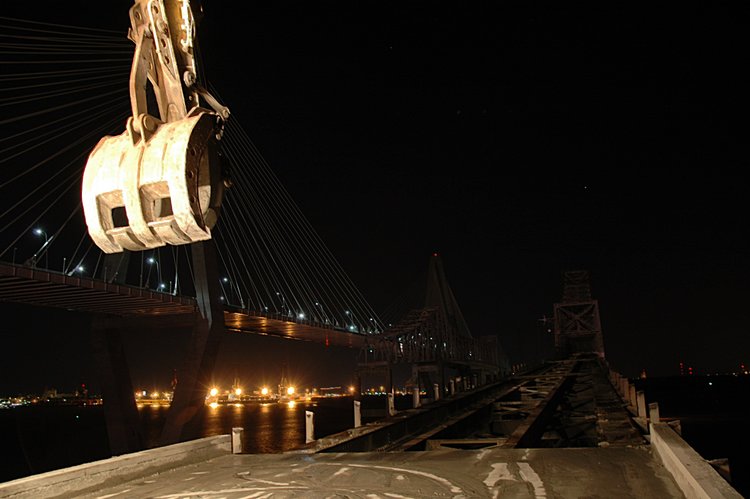 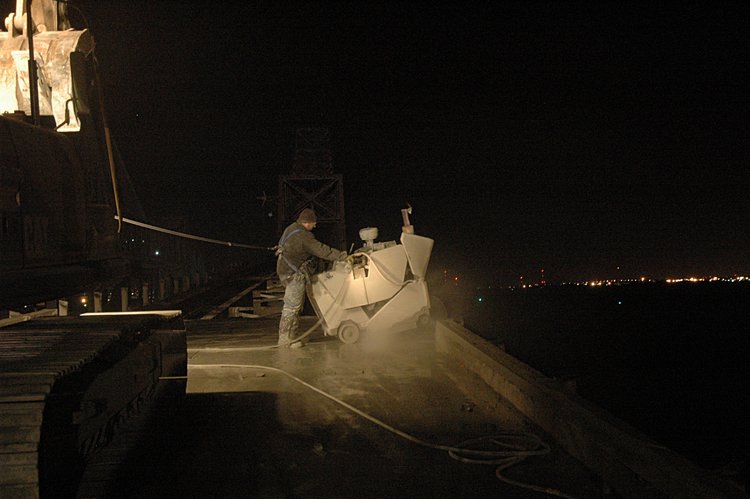 and then cutting into the shoulder 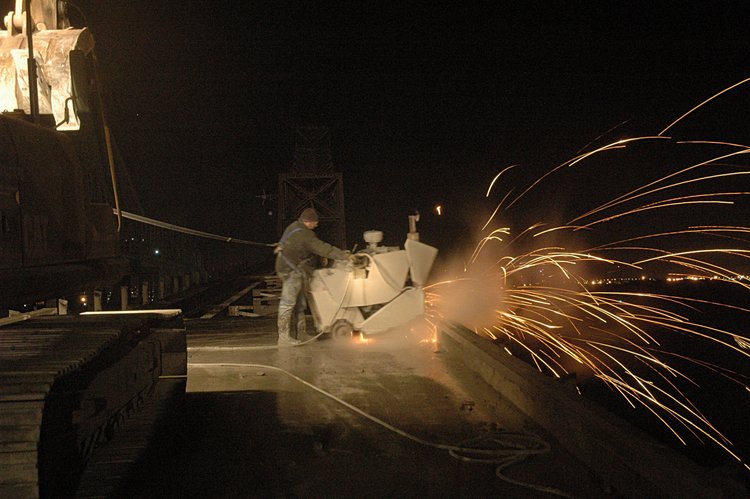 In context - Jackie's grapple with Rich cutting across the roadway 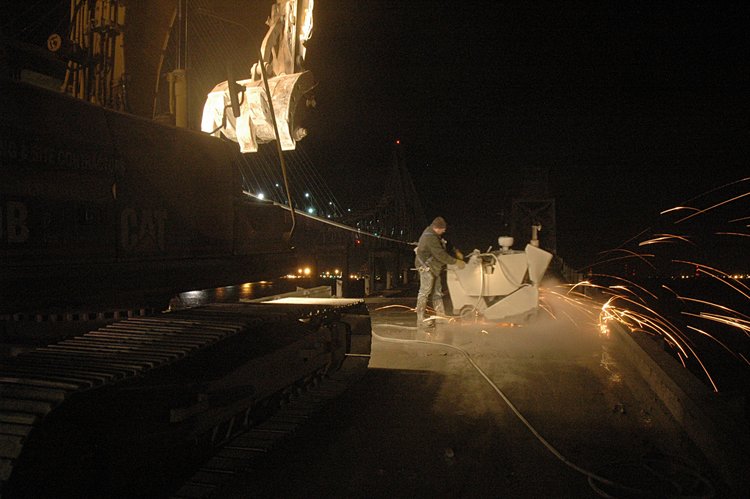 Then Jack bites into a section of roadway 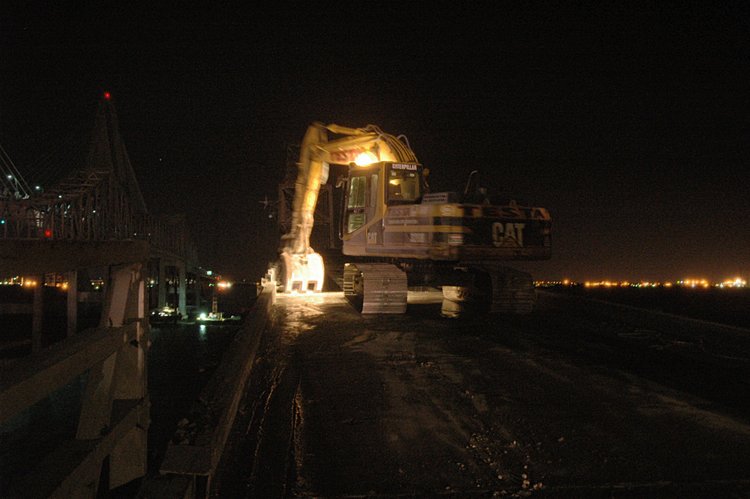 and picks it up 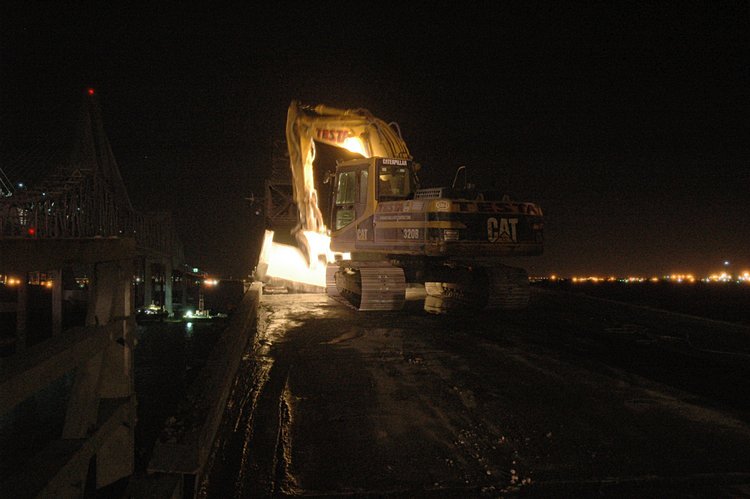 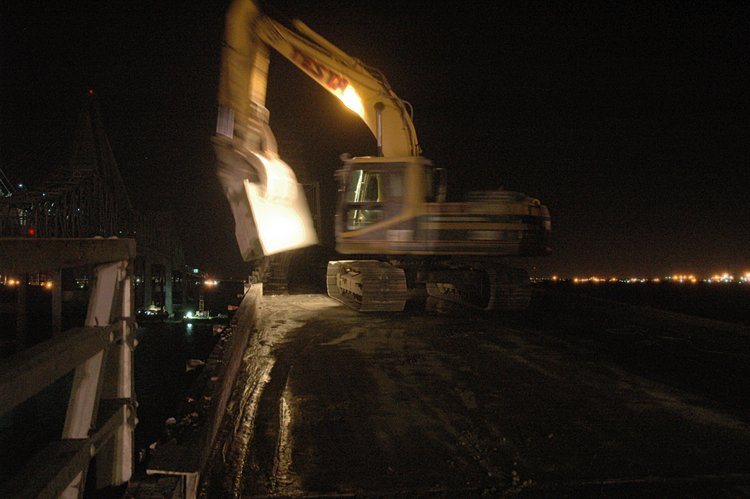 and rotates a bit more 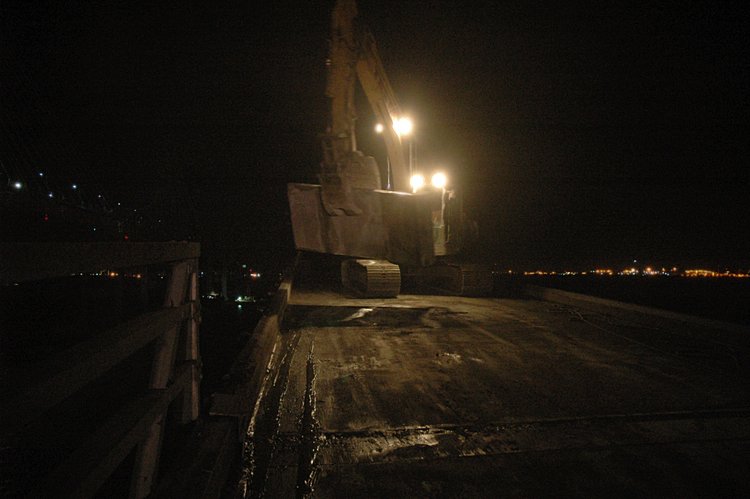 then returns and picks up the other half of the roadway 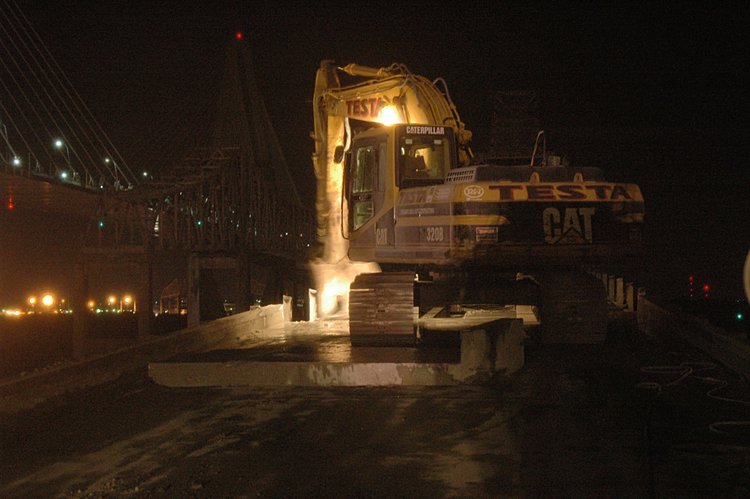 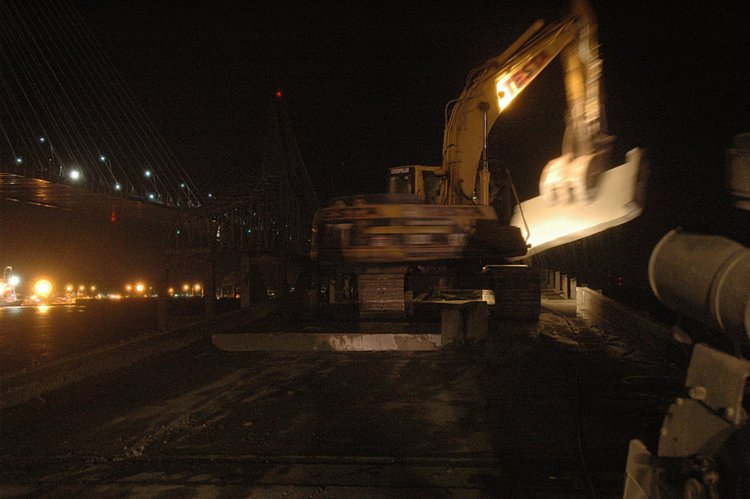 and places it on to of the other segment 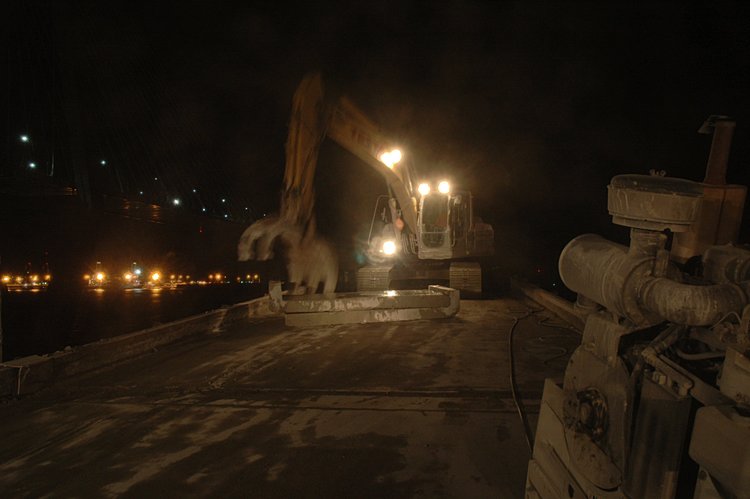 Richie moves in with his cub 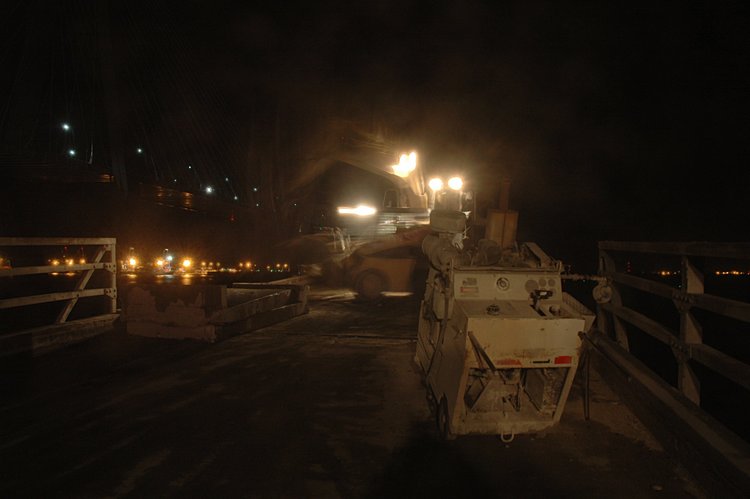 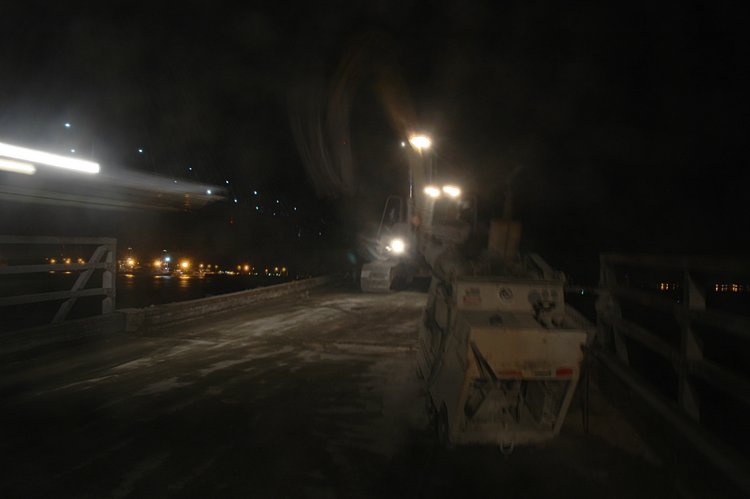 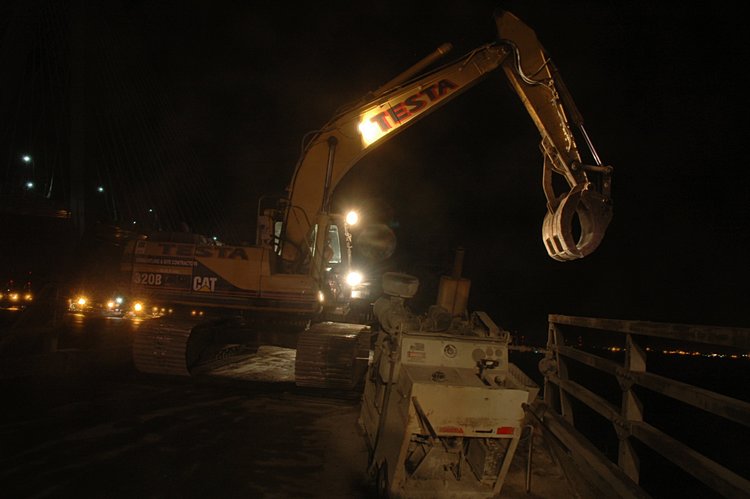 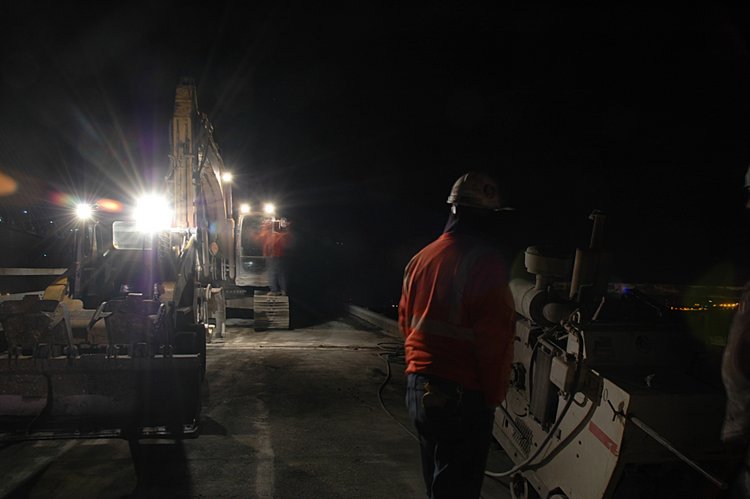 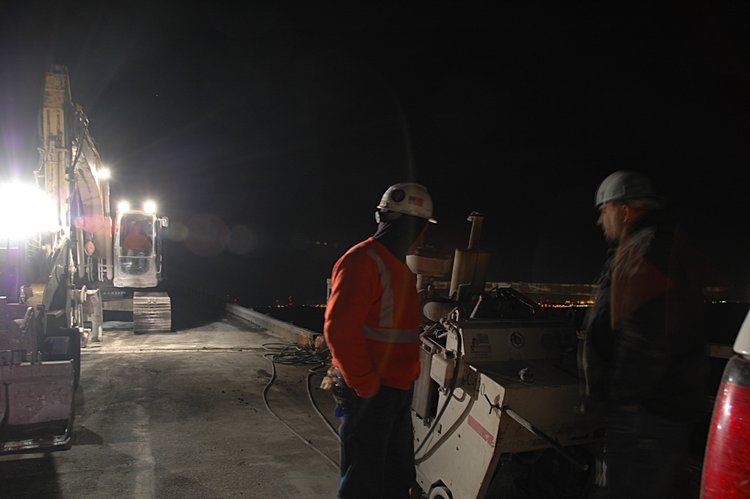 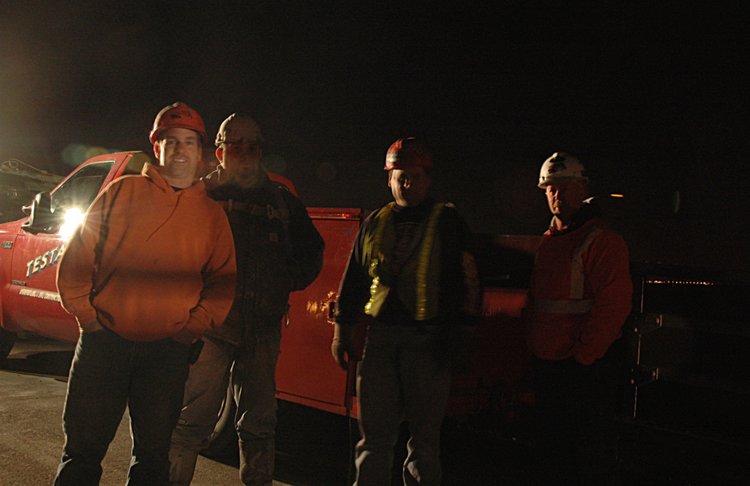 At about 5:30 Pio and Michael come in - and the next shift takes over (after a bit of coffee) 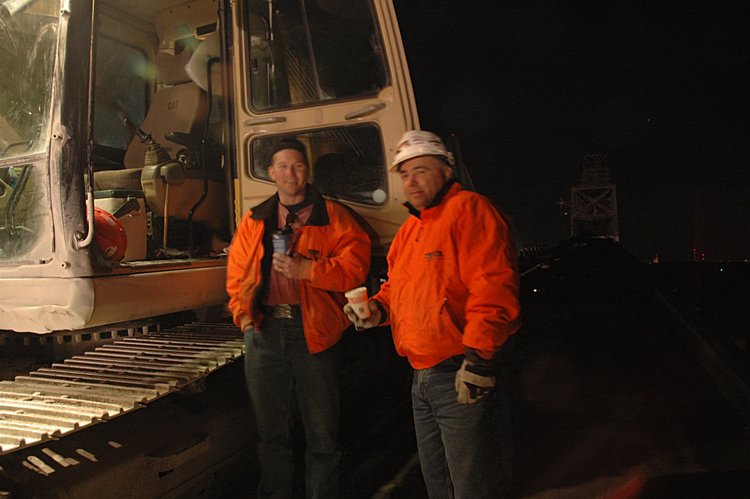