This week, Mickey is entertaining the Discovery Channel folks with prep and implosion of C-2. Sparky is catching the action for us.

The worksite - C-2 on the left and Cousin Arthur's leg in the center. 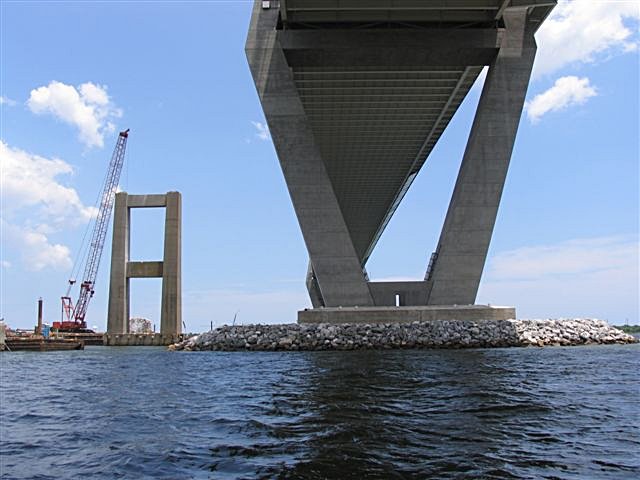 Our reference photo with pier labels 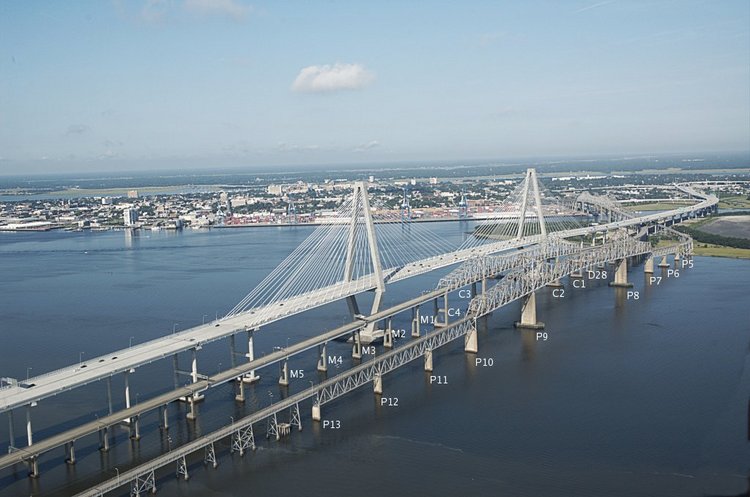 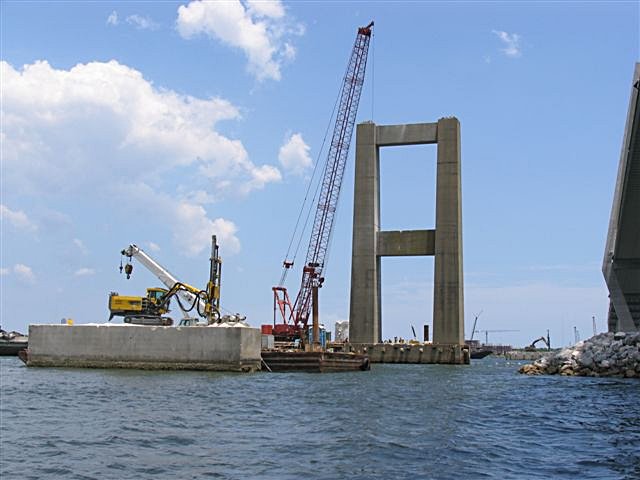 Michael's 1250 in its getting ready position for unbuilding P-8 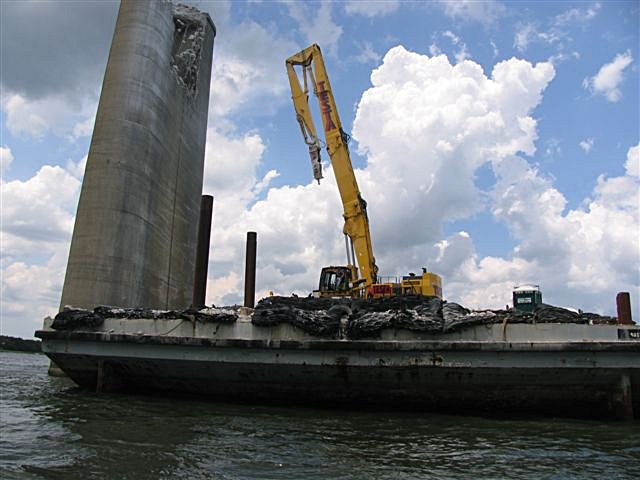 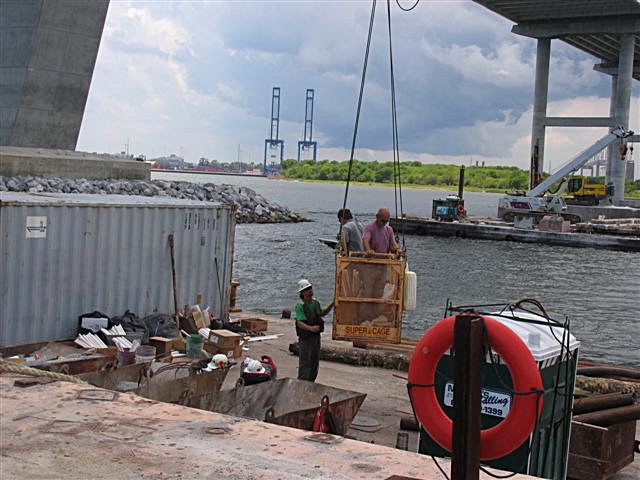 and the Discovery crew with Ken and Mickey 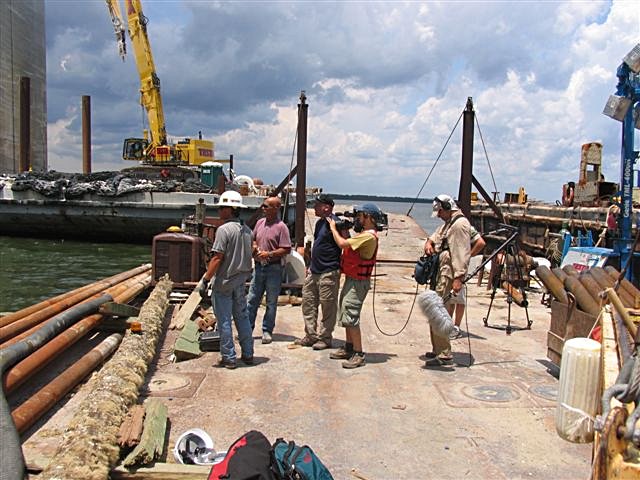 with an approaching storm with the Discovery crew, Ken and maybe James? 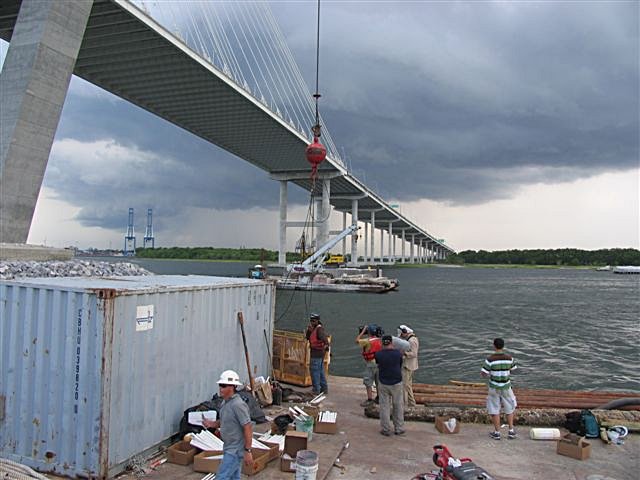 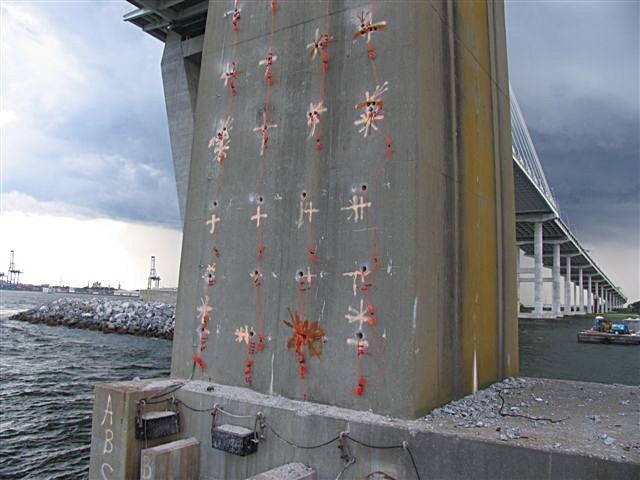 An interesting view of C-1 and the new Copco framed by C-2 with gathering storm clouds above. 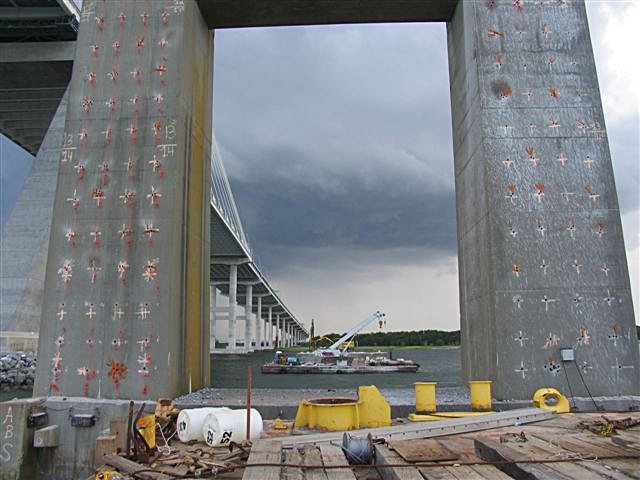 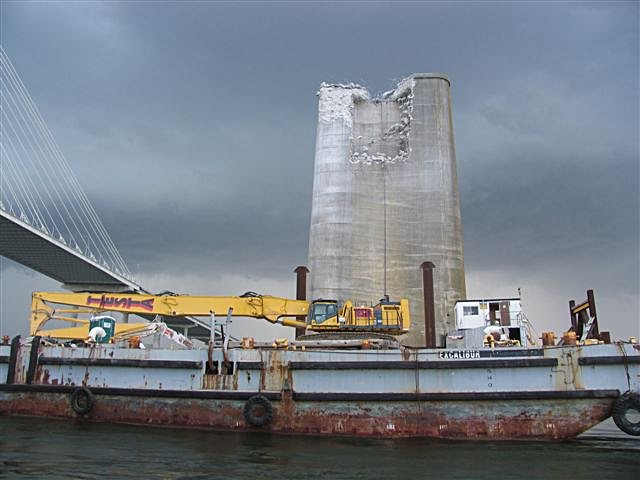 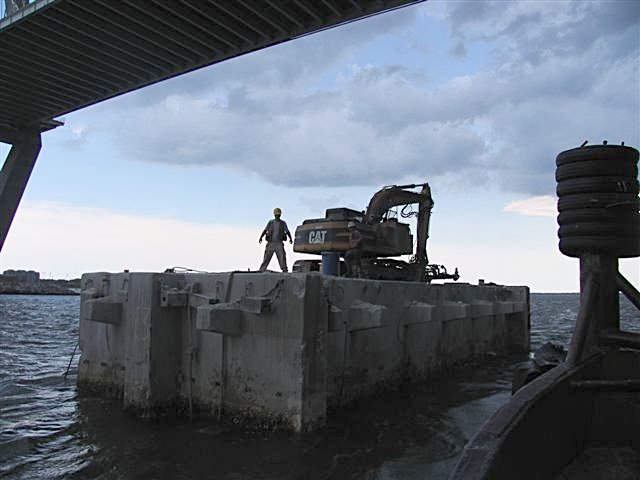 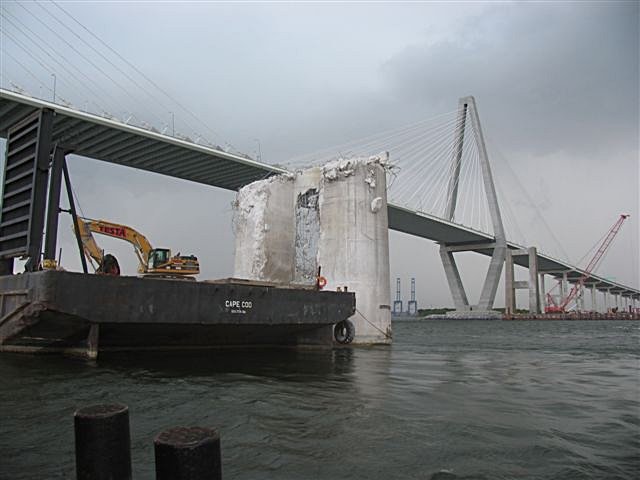 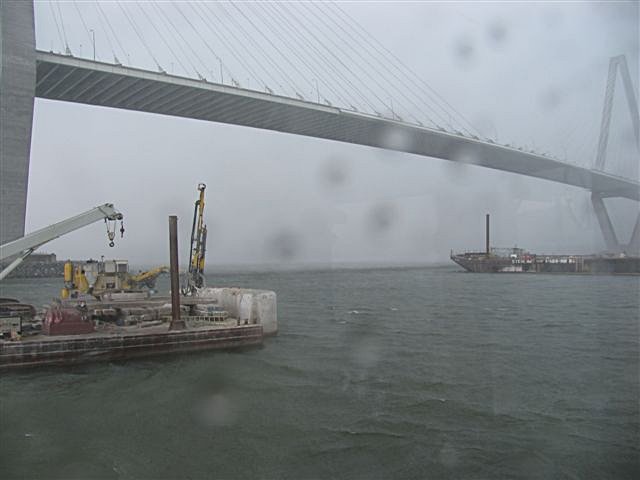 Oops - where is the bridge 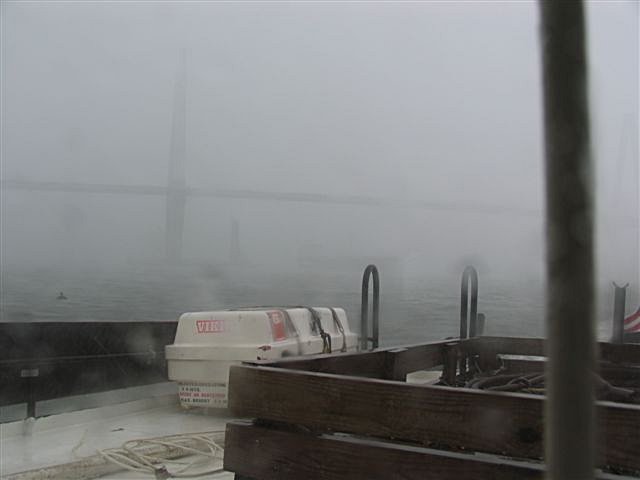 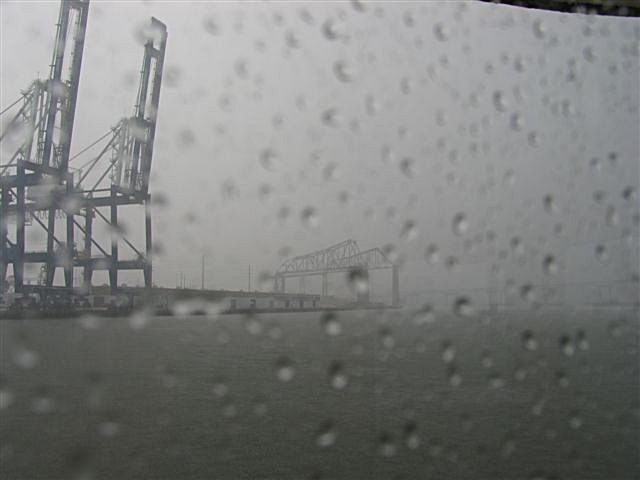