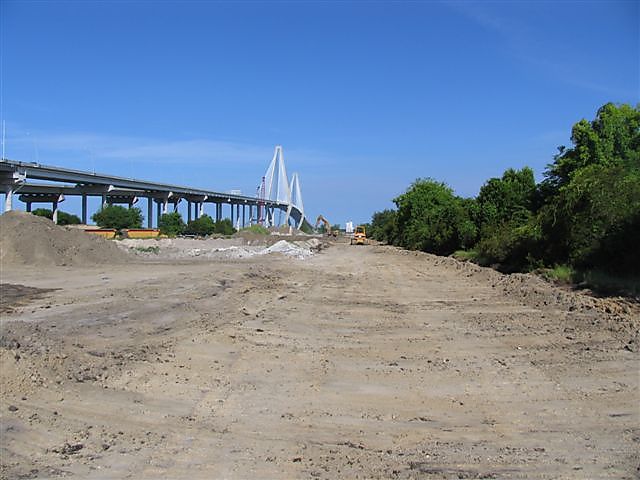 Here is Billy Ward working away 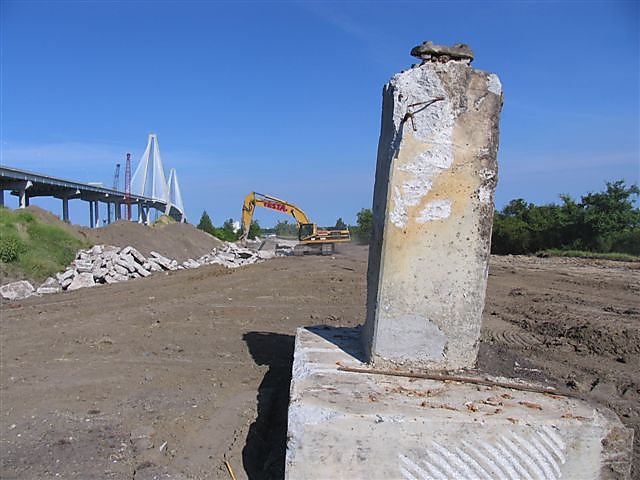 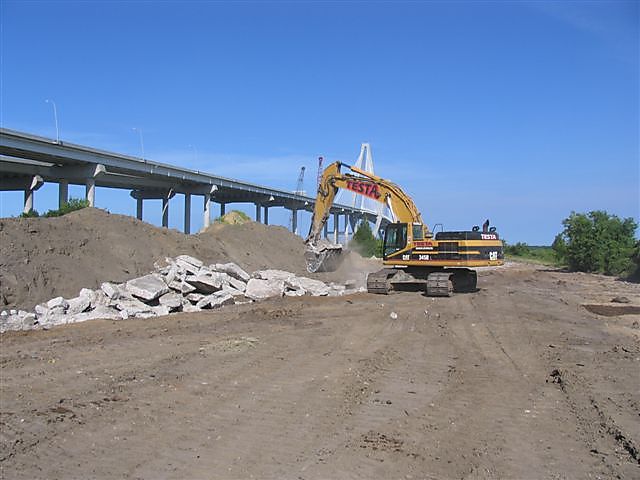 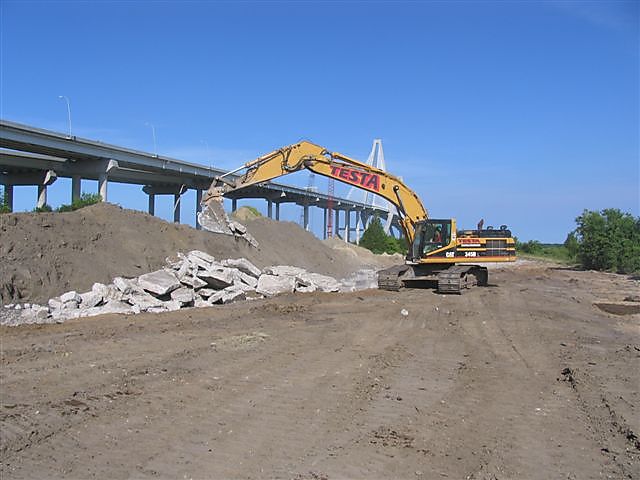 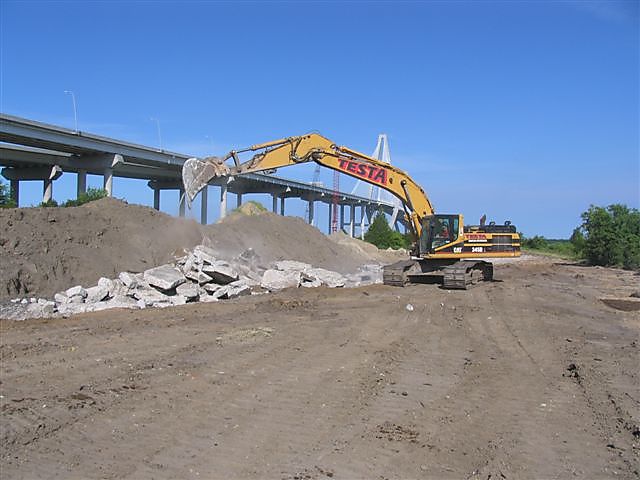 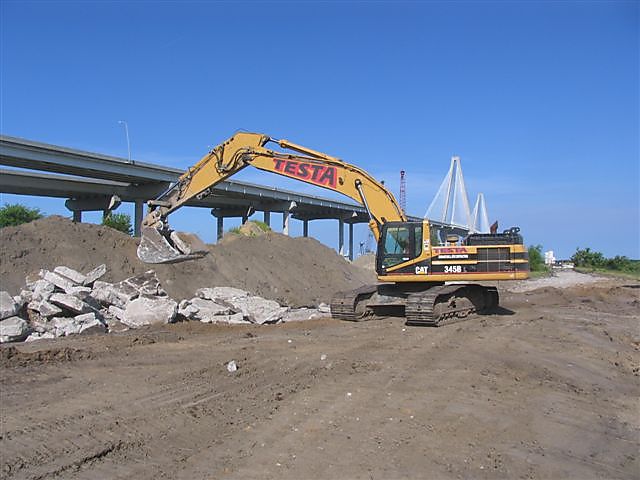 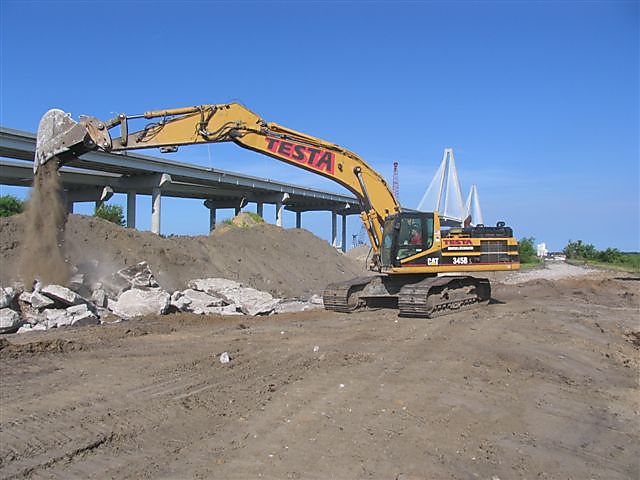 Meet a recent addition of the team: Billy Ward 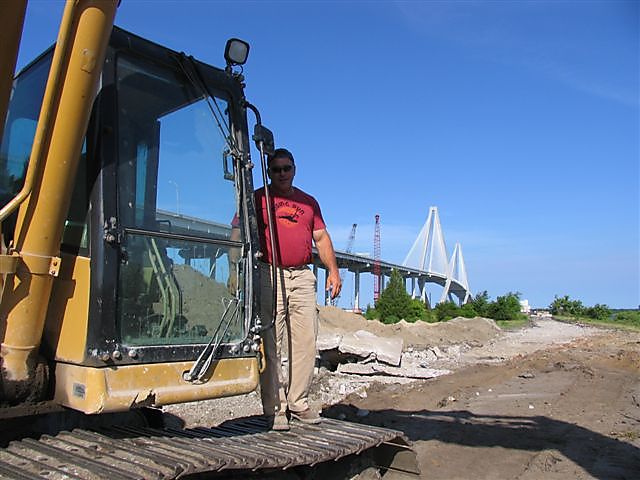 Then walking down the road to the old Grace ramp 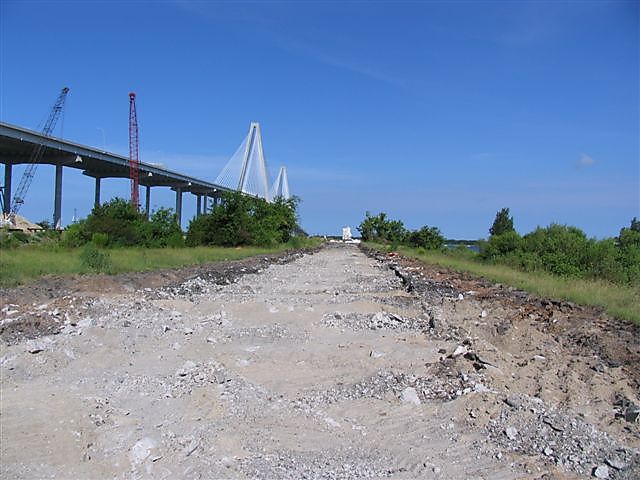 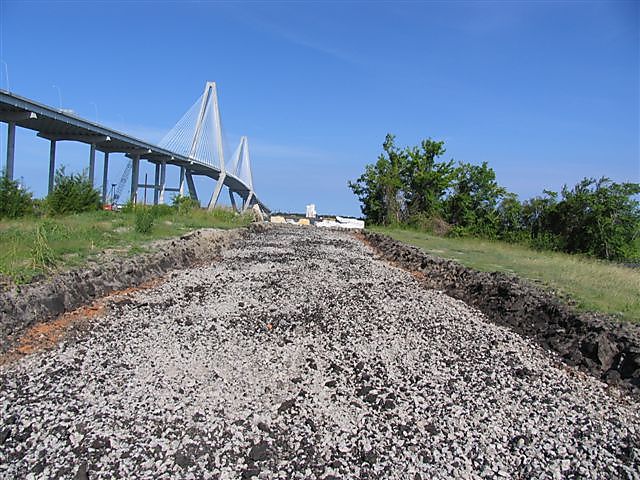 sort of a peg-leg Grace 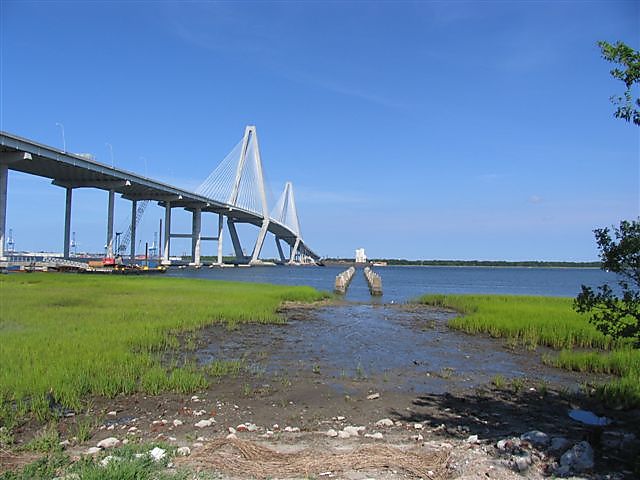 And in the background, Michael's praying 1250 on the right, Mickey's new Copco on the right and in the middle the 995 is doing some scooping and moving and dropping from the river bottom to the barge 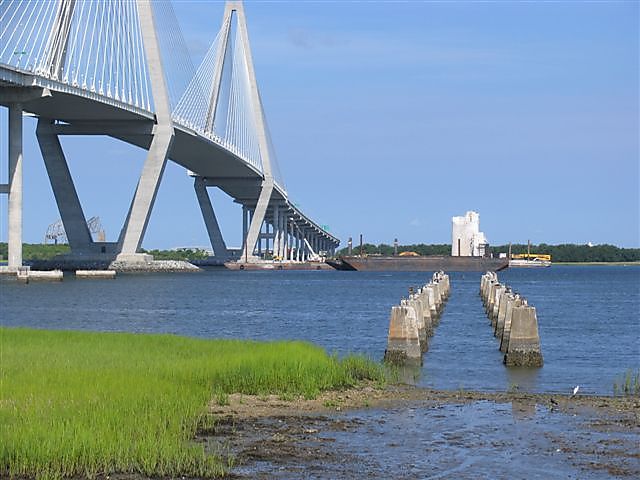 And to the left is the new Mt. Pleasant observation pier with floor girders spanning the old Pierman pier bases 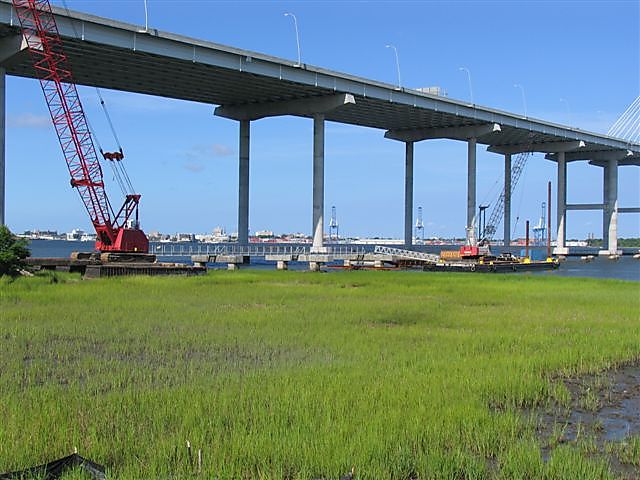 Back on the Cooper RIver - Michael's praying 1250 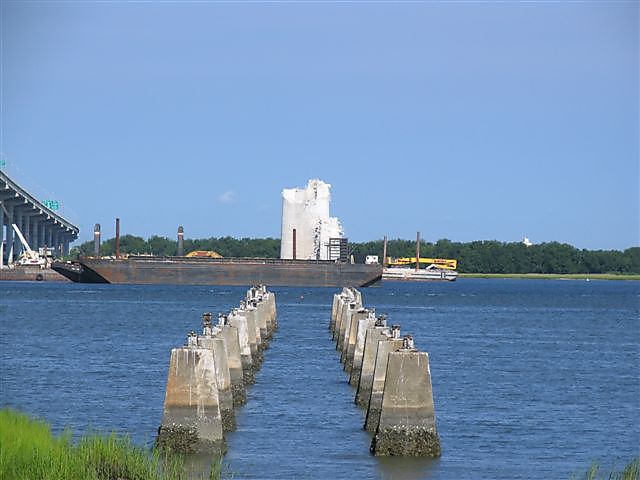 Mickey's new Copco and to the right, the 995 doing its scopping, lifting and dropping 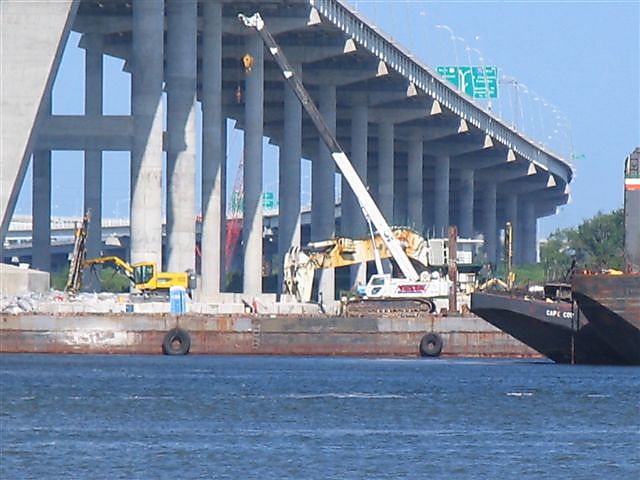 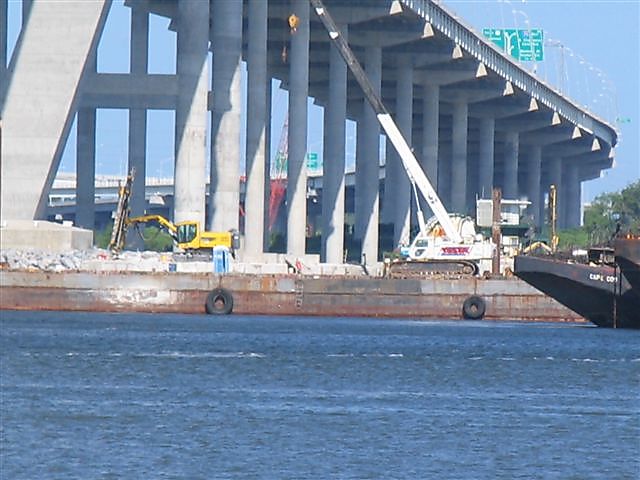 then slowing the 995's neck appears 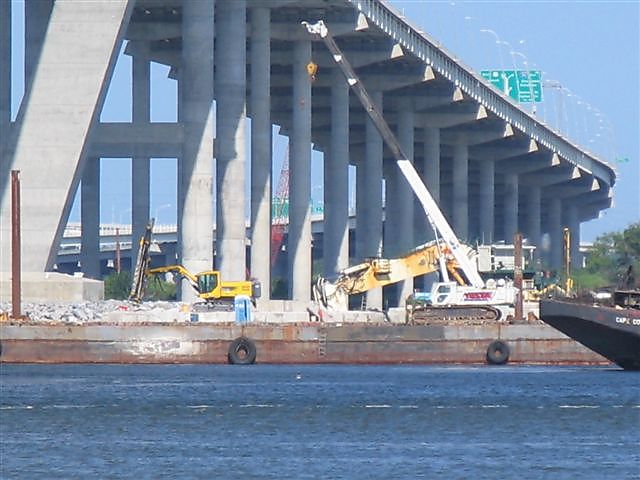 with a mouth full of debris 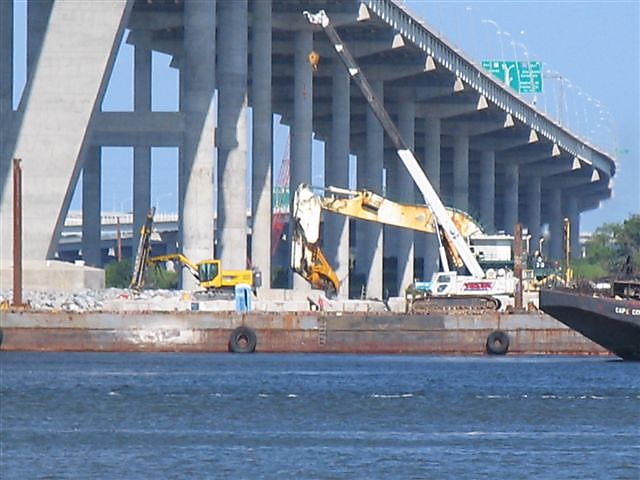 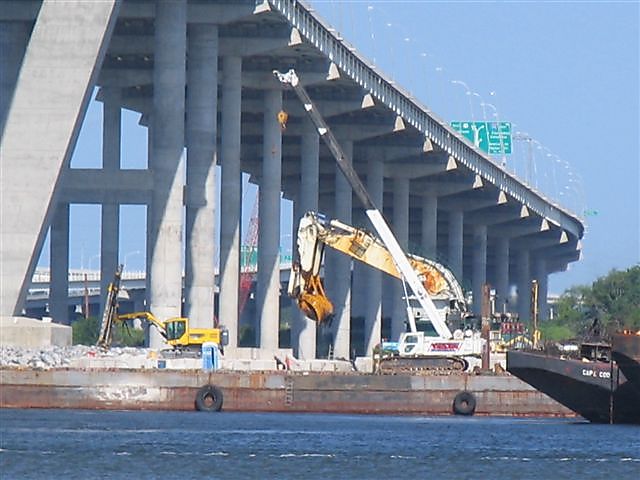 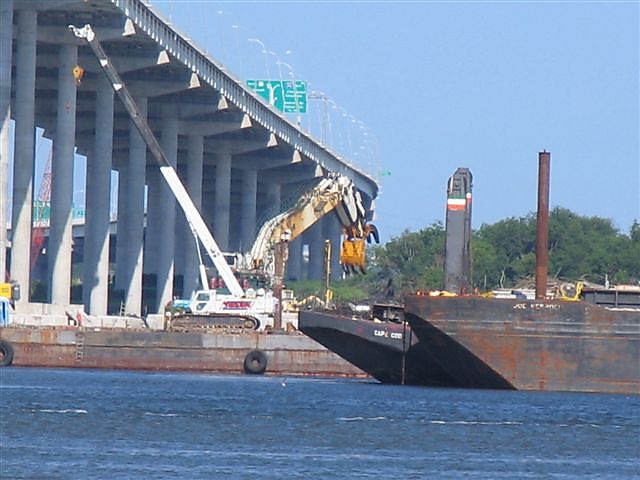 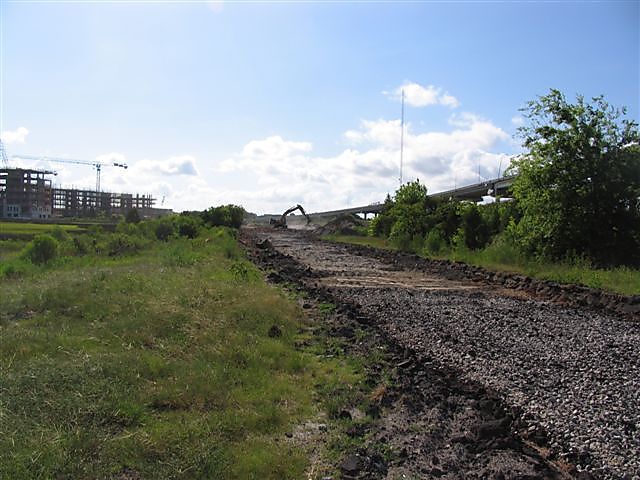 There is Billy still scooping, moving and dropping 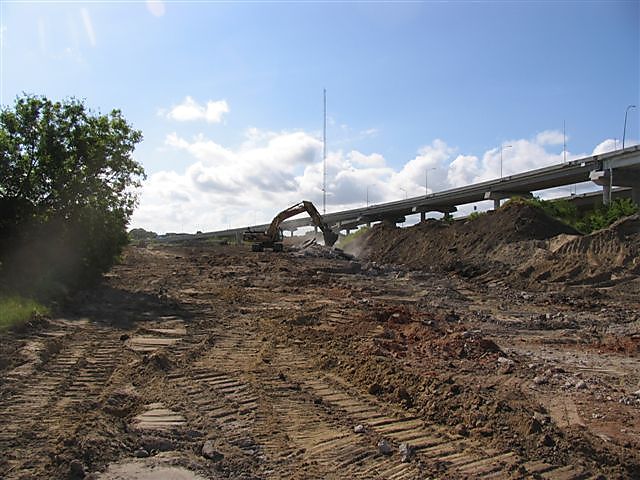 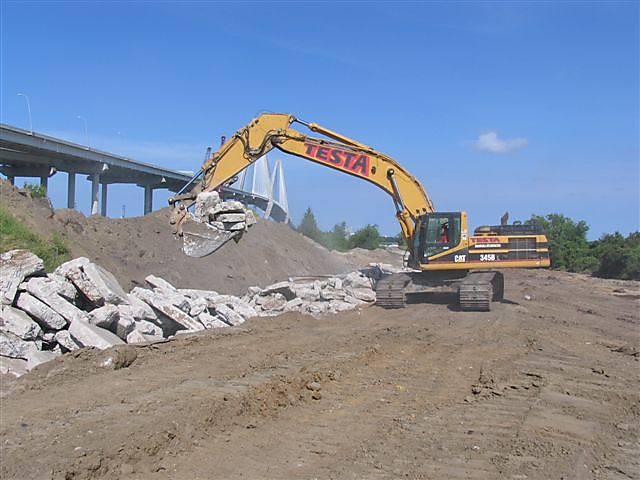 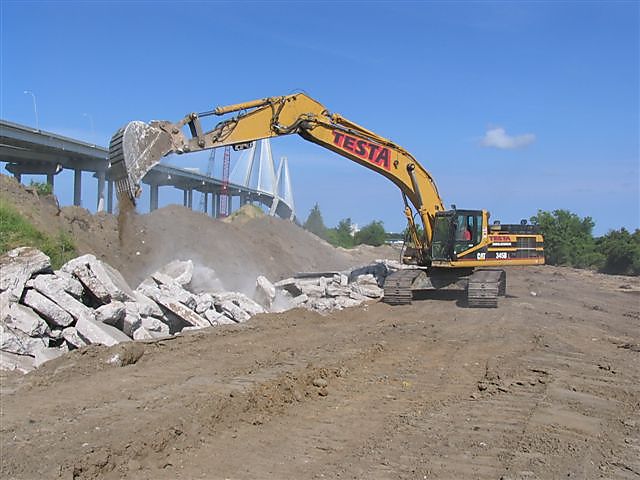