Today, a little follow up from both sides of the river. Here Mickey's team continues to drill the Pearman pier 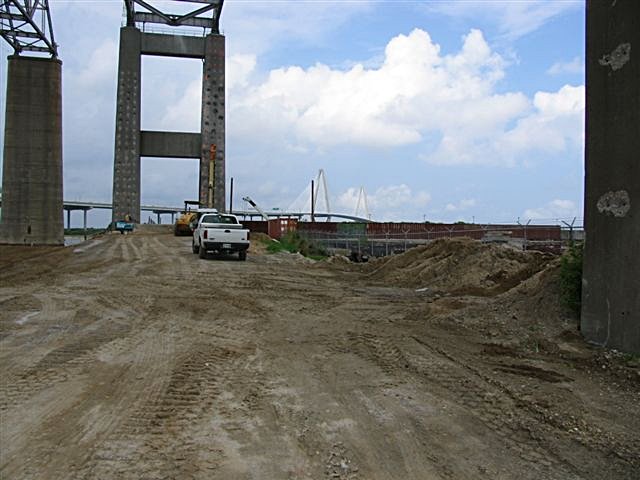 Another view of the remaining piers next to the Sea Breeze 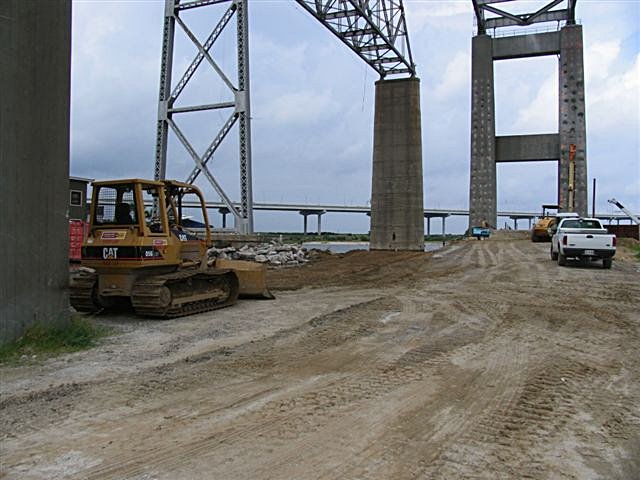 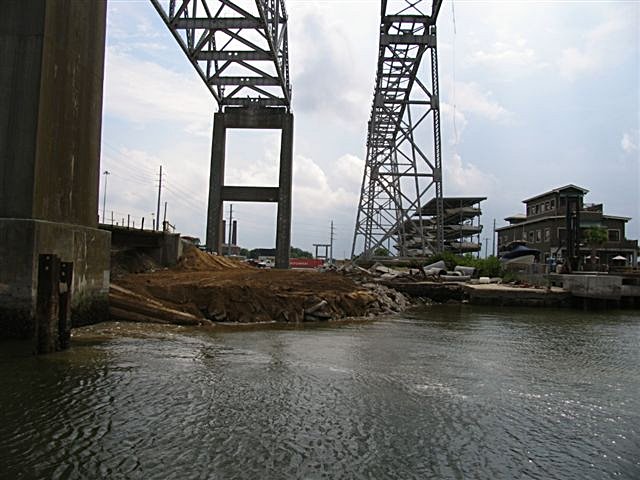 Drum Island - kind of lonely without the Grace and Pearman spans 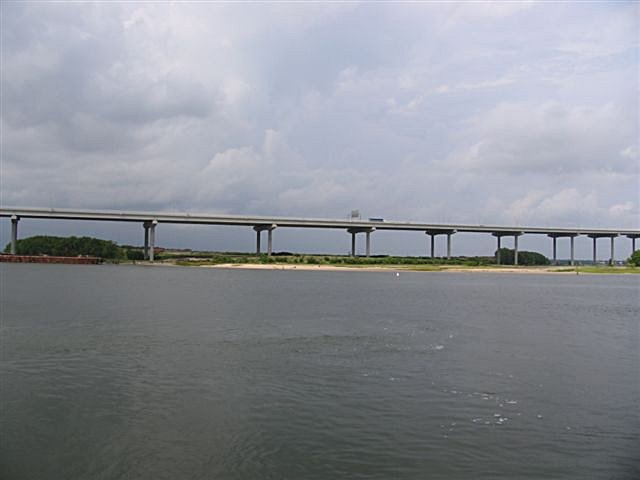 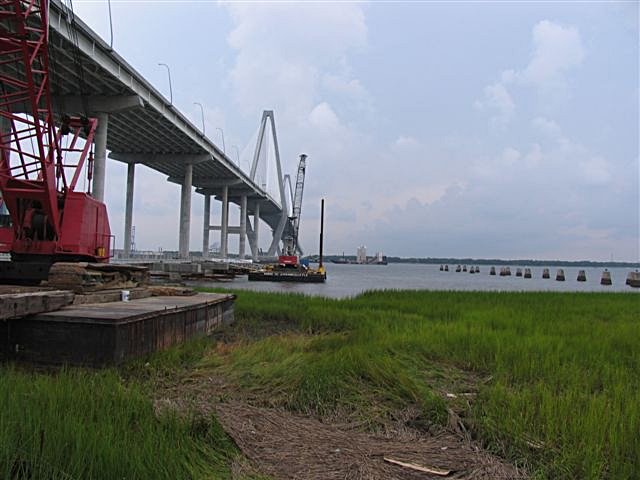 And Billy cleaning up around the Coleman Recycle Center 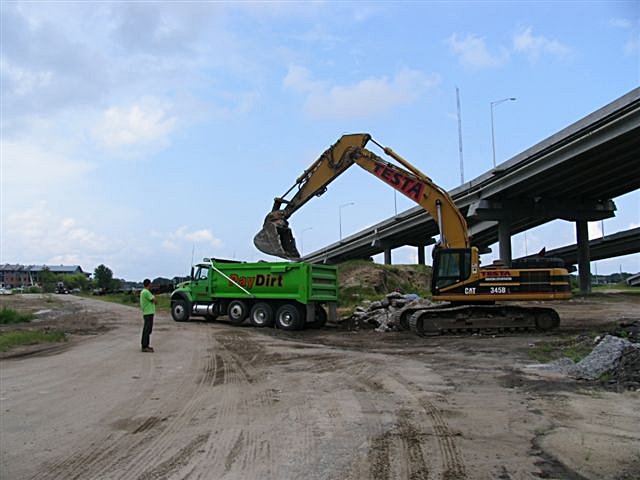 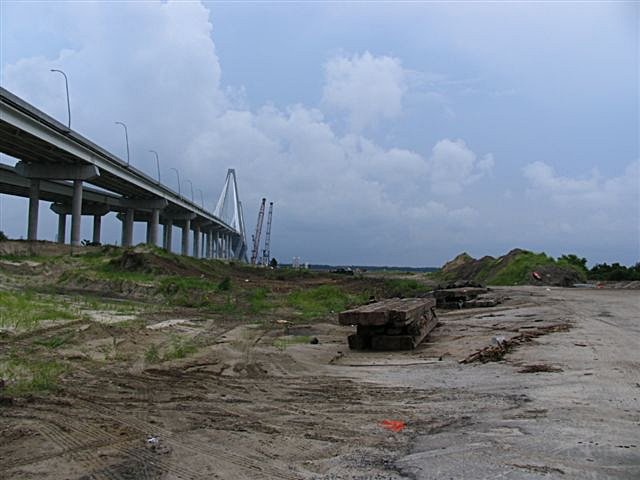 Setting up the crane platform for building the observation pier 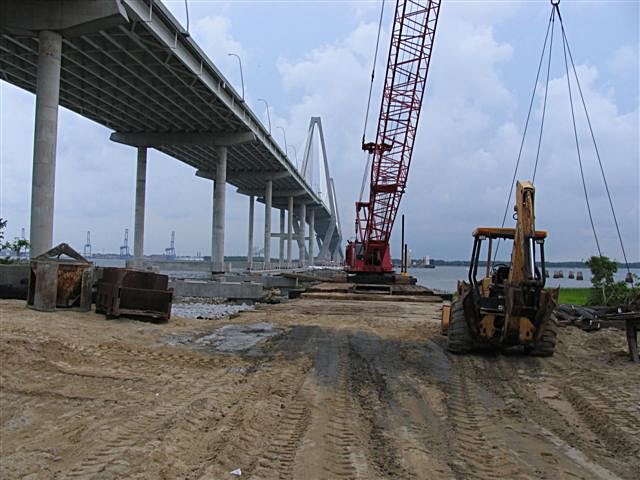 Looking at the skeleton of the observation pier 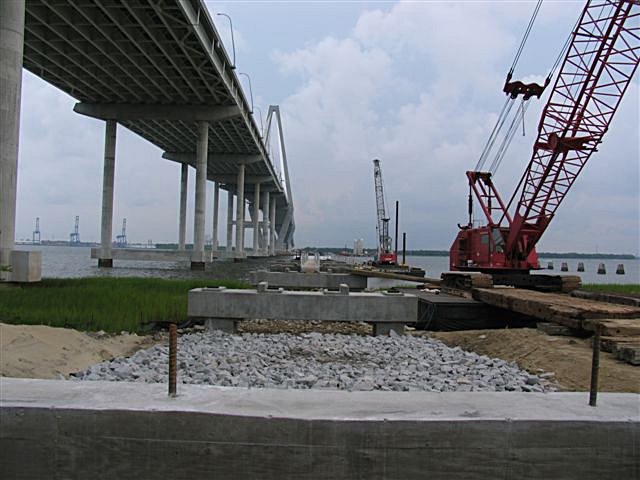 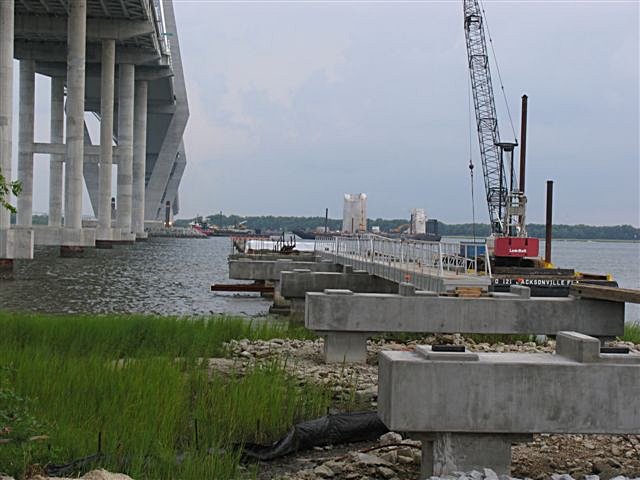 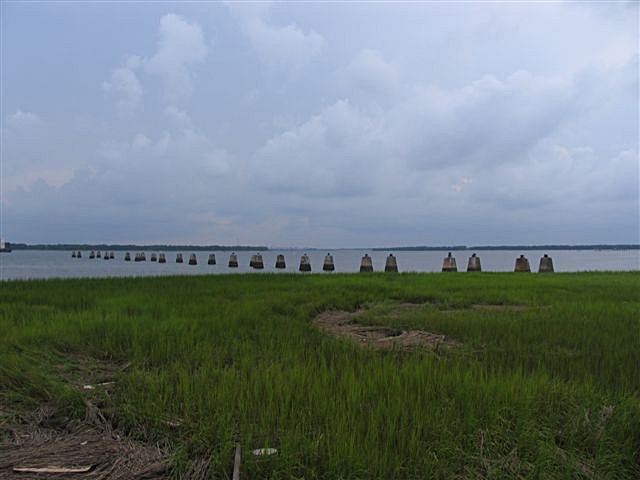 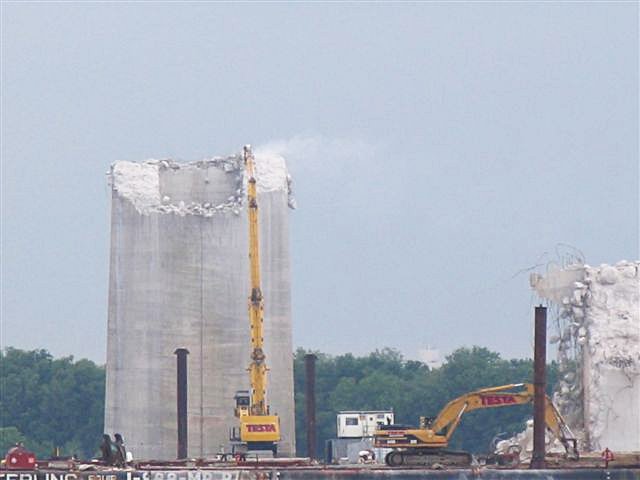 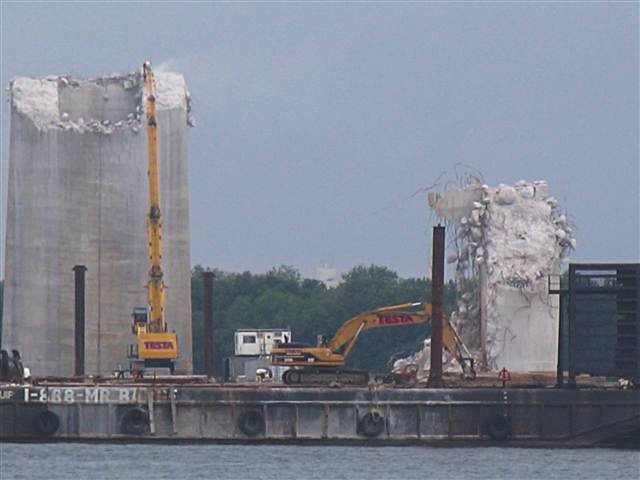