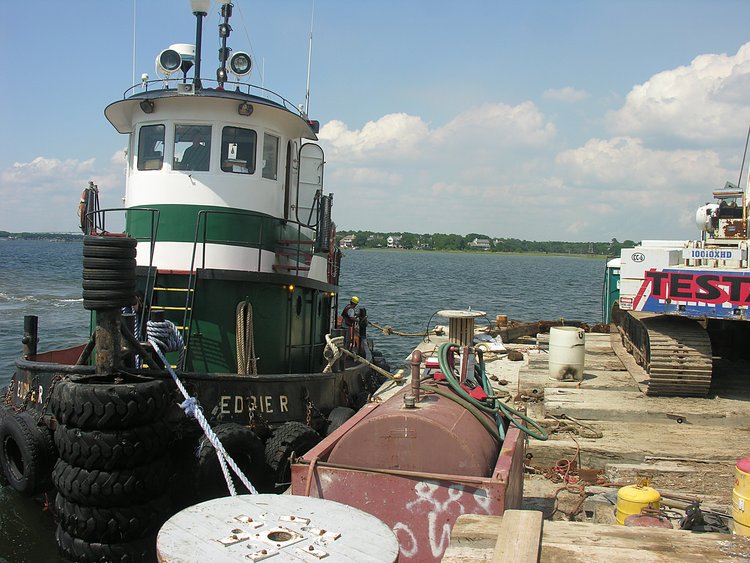 The challenge is to drill vertical holes into the base of P-11 - which extends out about 5 feet around the visible base. The template is used to align the drilling sleeve - which will drill down about 4 inches. Then another drill bit and drive shaft will be inserted into the sleeve for drilling the deeper hole. Once complete, the inner bit and drive shaft will be removed and the hold loaded with dynamite and stimming and ignition shock tubes.
The Copco does the drilling with the O'Dell brothers managing the drilling. 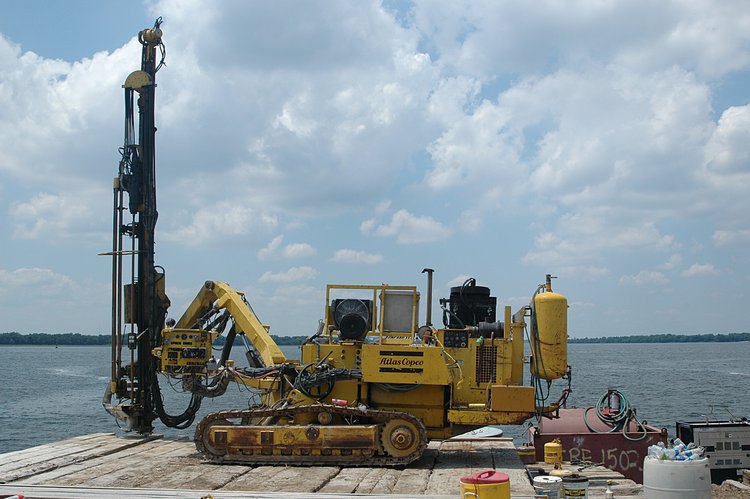 Here is a group of sleeves - about 5" in diameter 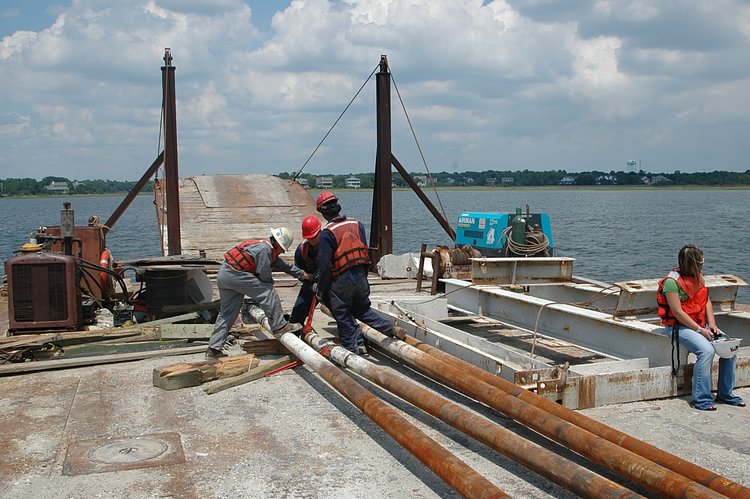 and the carbide teeth that do the drilling 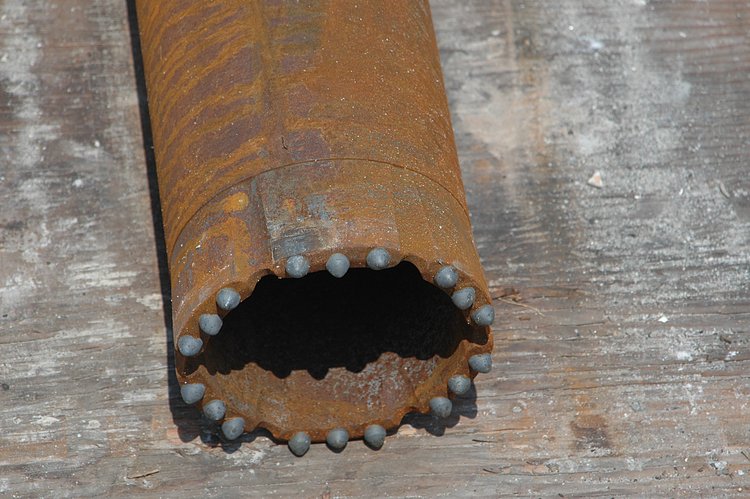 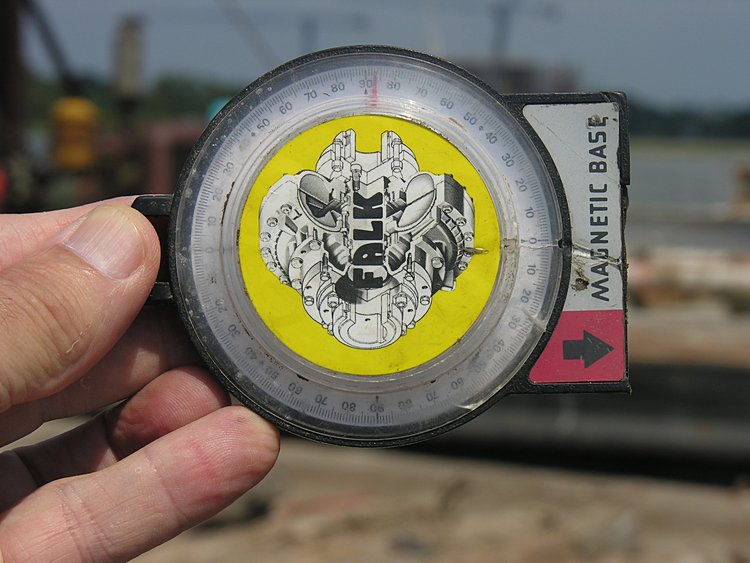 Paul Achorn and the P-11 template 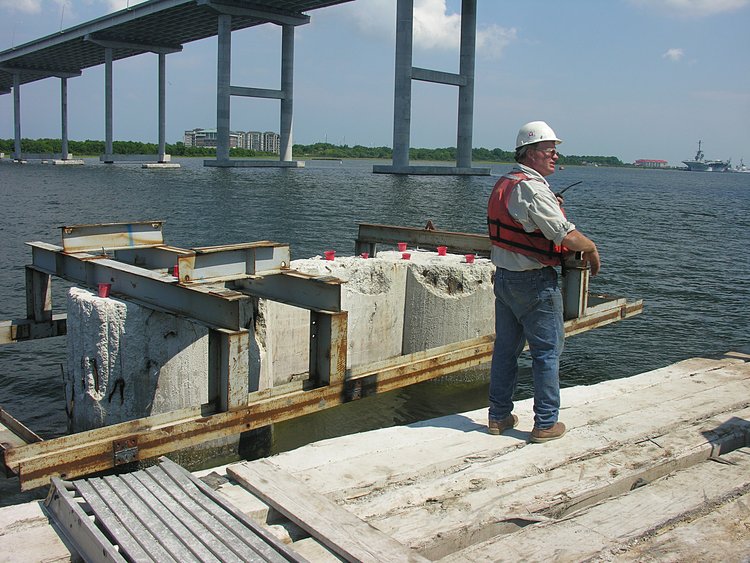 Ken's drawing of the drilling template 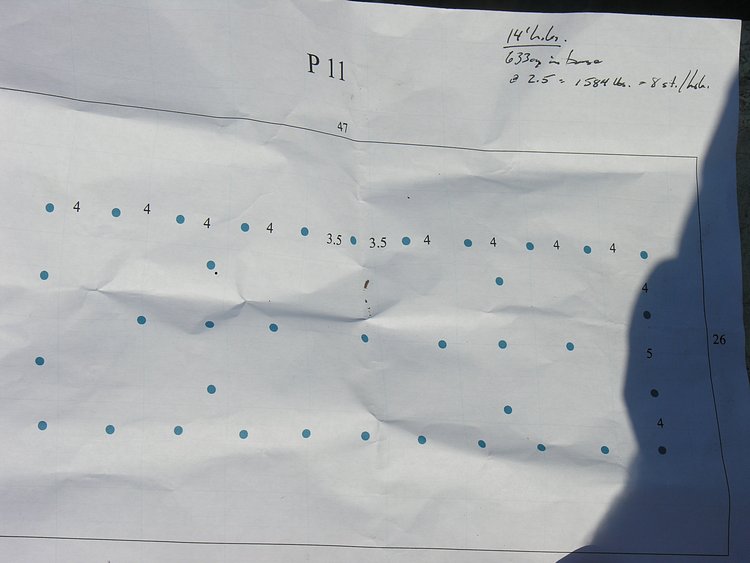 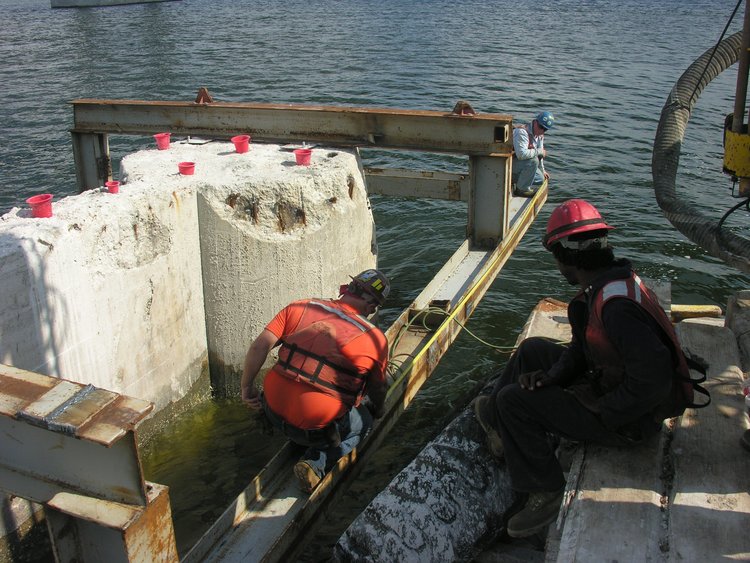 Lewis, Chris and Derrick (of the O'Dell clan) 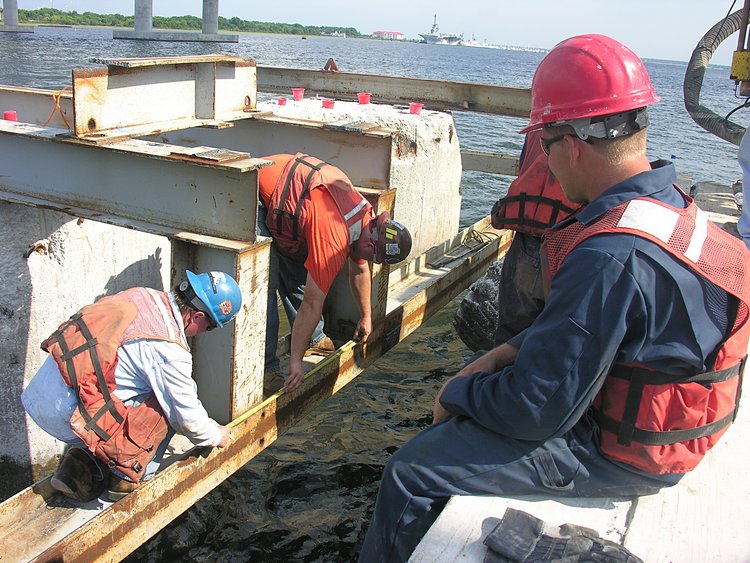