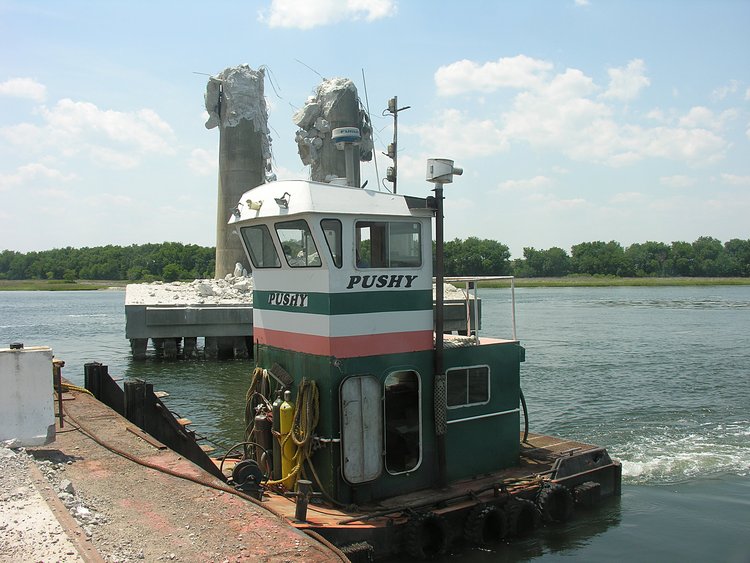 which had good company - the Queen Mary - 2 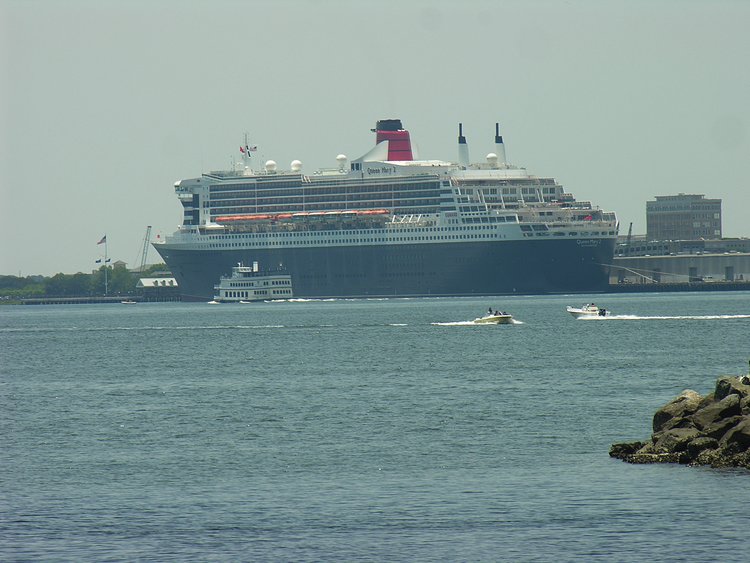 Sparky got up early and made some really good shots 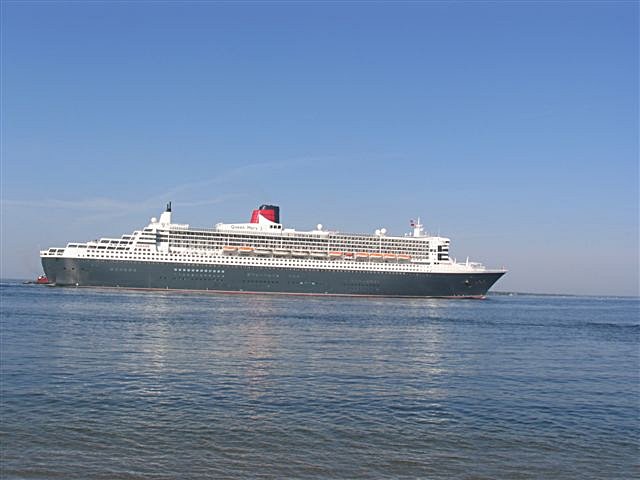 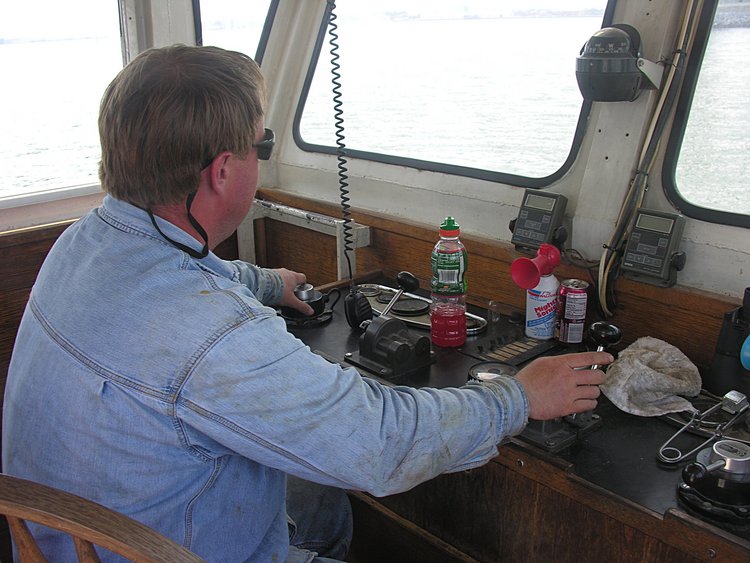 and with a smile 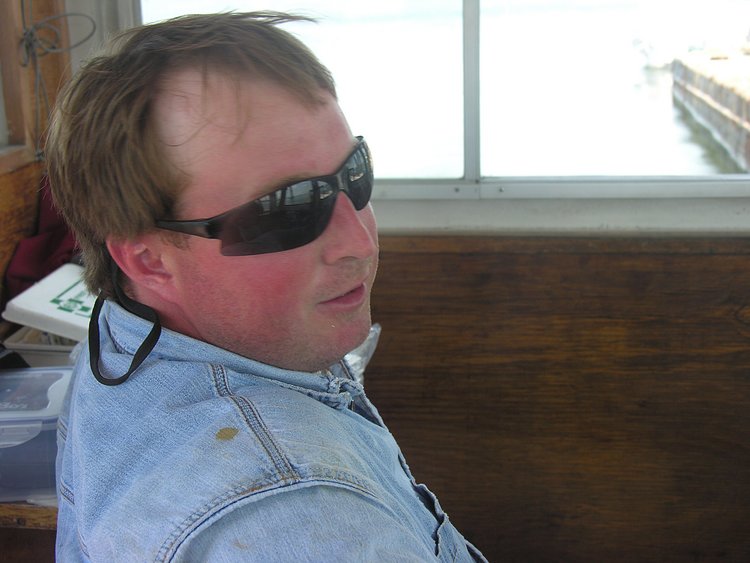 Michael back at work, unbuilding the core of P-something 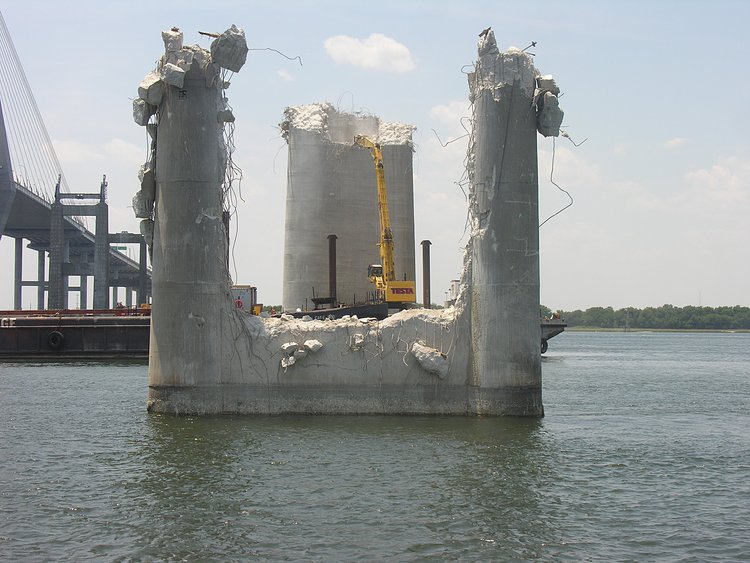 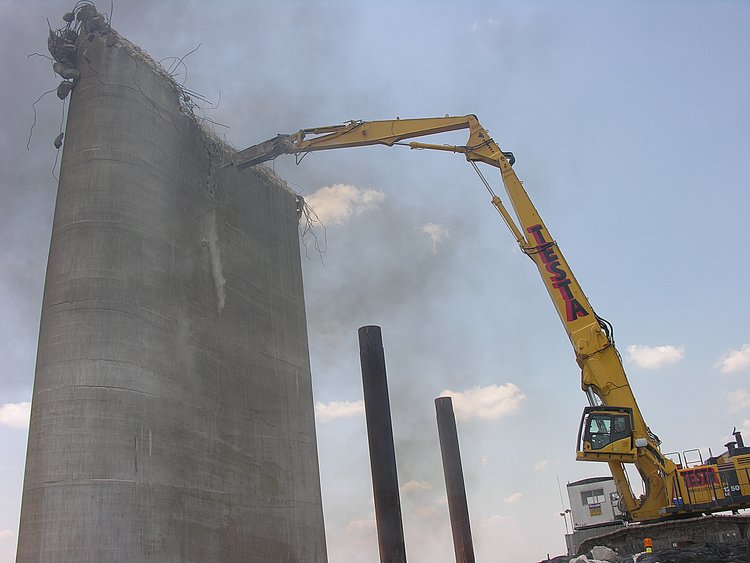 with a pattern for efficiently unbuilding the core 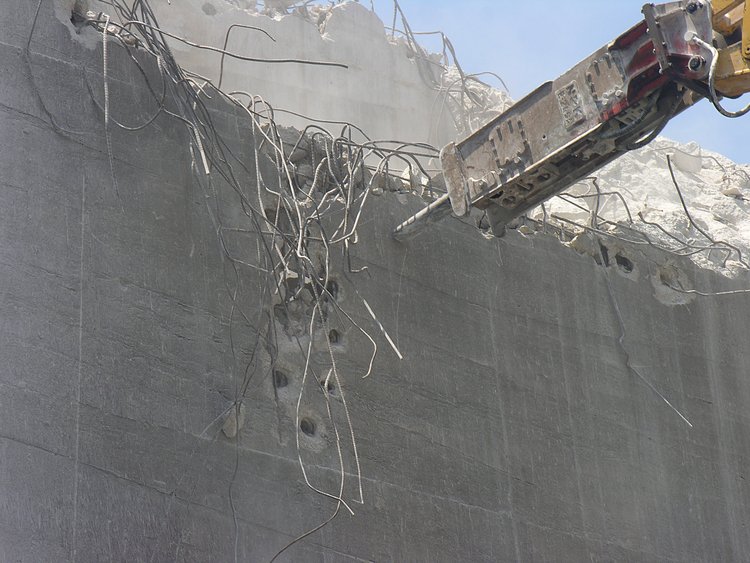 Here is Michael doing a bit of maintenance. 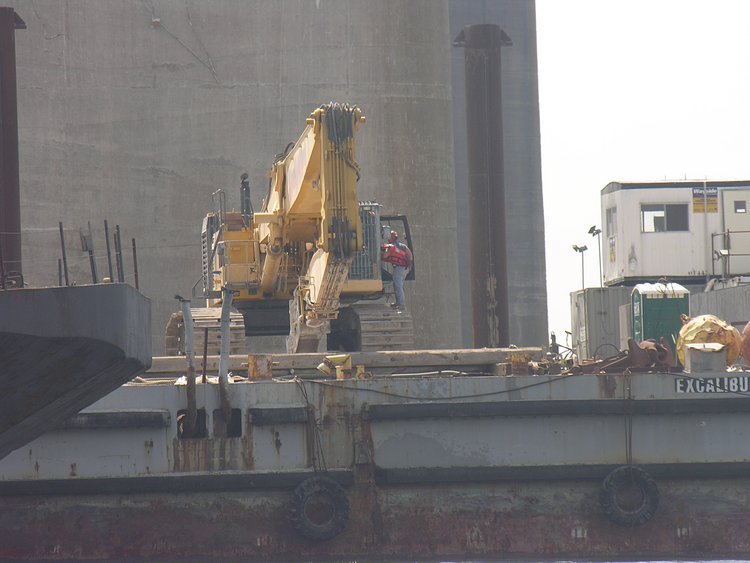 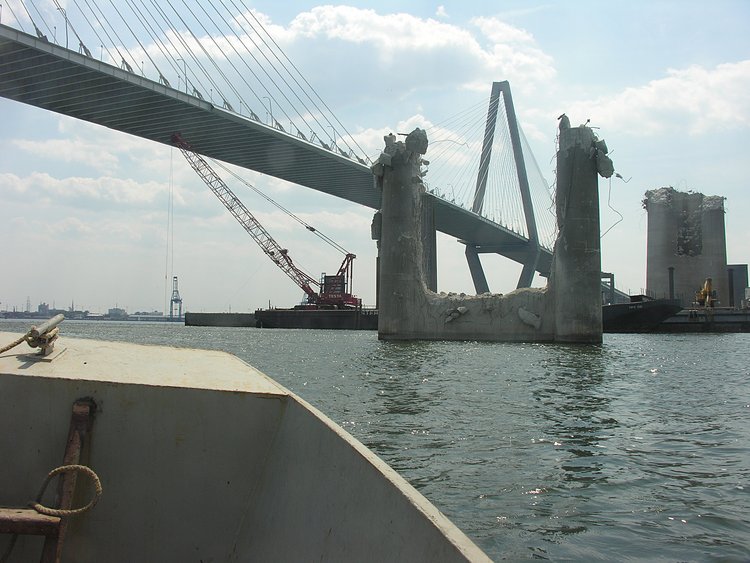 and he caught something 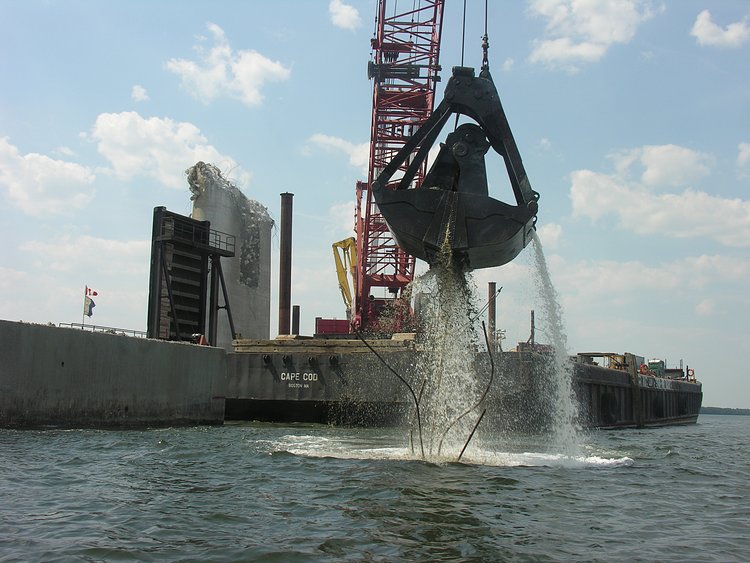 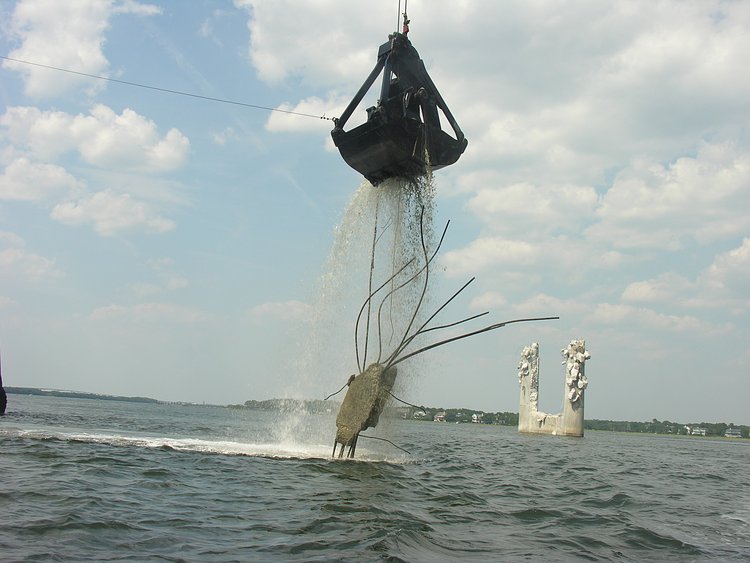 and Michael is back working on P-something 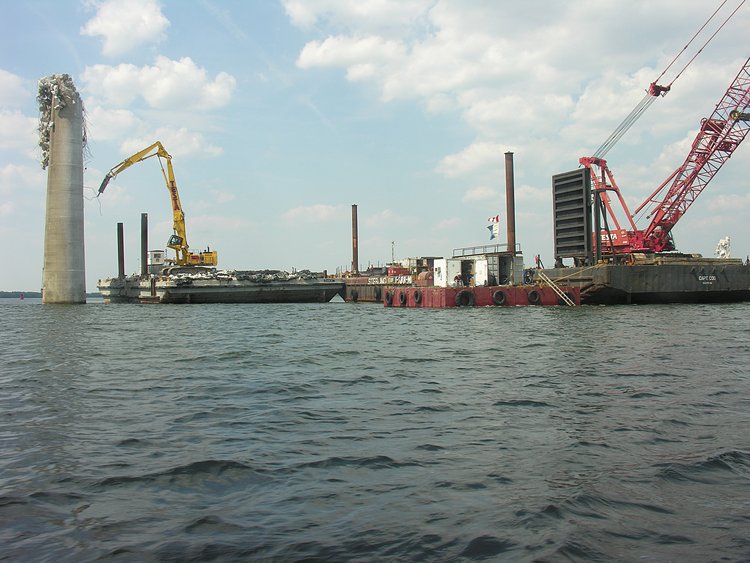 With Kim driving, Ken, Chris and I return to the dock. In the background, Michael and his 1250 on steroids, Smokey and the divers. 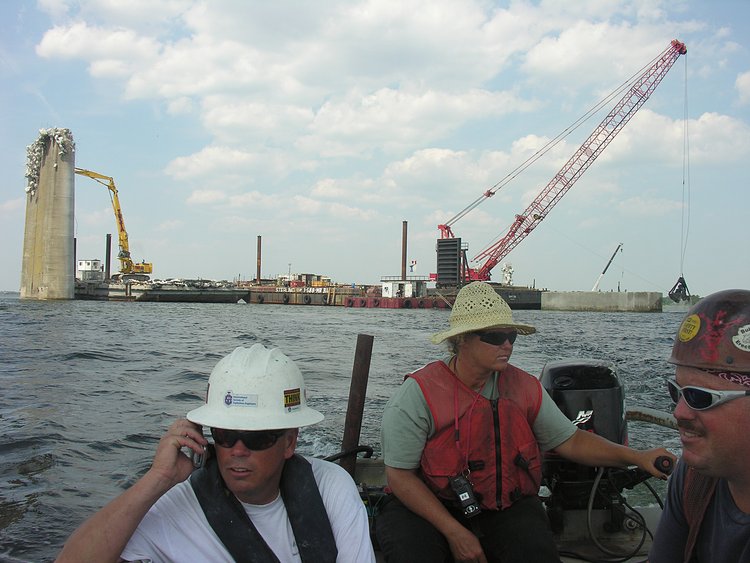 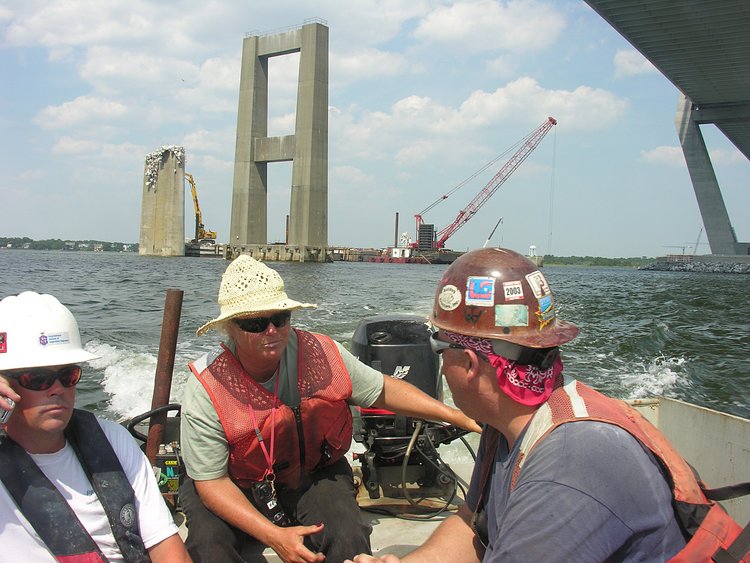 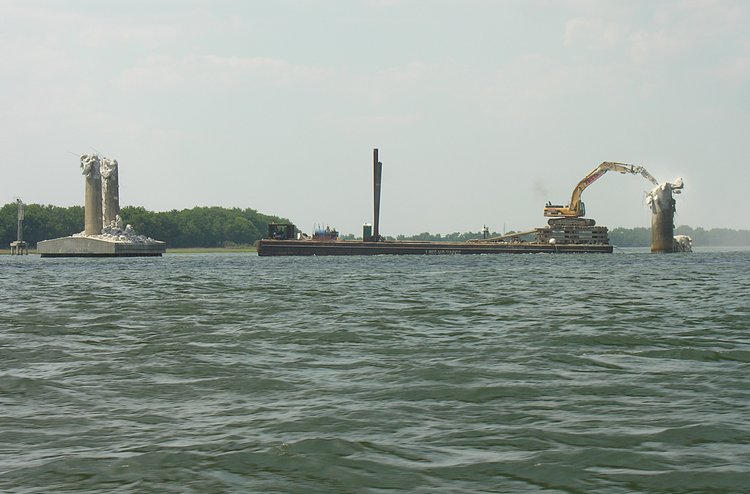 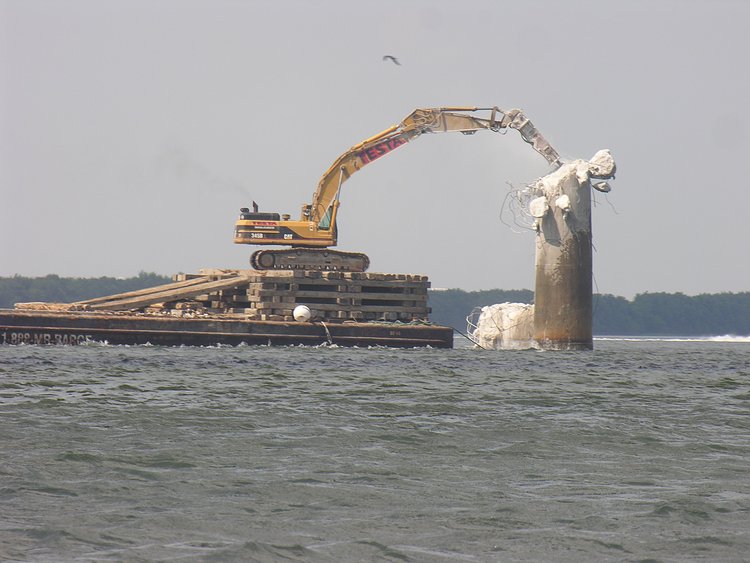 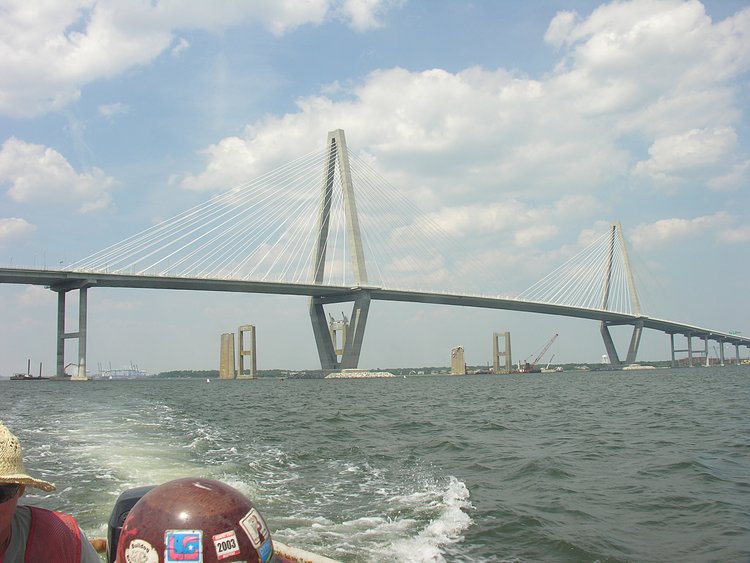 and back at the port, bye bye Grace and Pearman superstructures 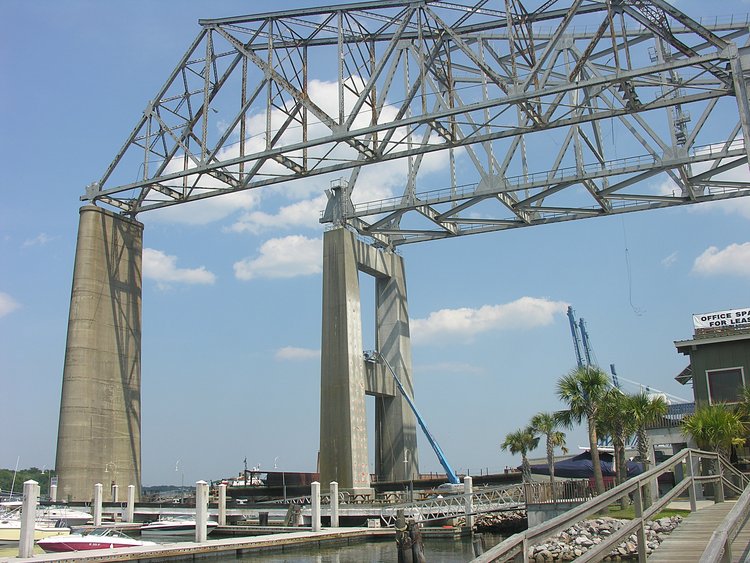 After leaving Ken and Chris, I stopped by the trailer to say goodbye to Ponch. I opened the door and there were Steve Testa and Ken Canty as well as Ponch Billingsley. We had our goodbyes and shared some of the fun we have had together on the unbuilding project.

Later this evening, Steve DeMello (the super Dale Earnhardt fan), Jackie Foley (the gourmet wine expert) and Michael Hebb (master of steroid-enhanced 1250s) came over to our home on their Harleys. I don't know what it is about Harley-Davidson machines, but Wade Watson of PBC also had a Harley. Anyway, the guys came over and we talked about the project, our families and what happens next. Joshua Hebb phoned (probably Tina), as well as Bob McCabe (from Mississippi) and Jackie's sister (from Boston) phoned - spontaneously during our time together.. For me, these guys and their families, and many other of the PBC / Testa / Cashman team became part of our extended family. We will continue to talk by phone, to communicate by email and most likely, our paths will cross again. For me, these past 3 years have been the best of my life.

One last observation. Sparky and I have discovered the delight in curiosity. At MUSC, and now at Duke - Singapore, I focused on creating an enabling Internet infrastructure. The main idea was to provide a way for faculty and students to share ideas, not only among themselves but with the world. The bridge building and unbuilding projects provided prototypes that helped me understand ways to share. Clearly our focus on an enabling IT infrastructure created people interactions that would not have happened without the Internet. Our curiosity led us to photographically capture the construction of the Ravenel Bridge and the unbuilding of the Grace and Pearman Bridges. Sparky is another example of a friendship that was triggered by our Internet sharing of our photos. Sparky and Tesie and their kids have joined our family and probably our paths will cross many times in the future.