Home Meeting St East Bay Drum Island Mt. PLeasant Pearman Stories Grace Stories Implosions Enginnering Insights Stories of unbuilders Learning Links Bridge Video Bridge Blog Unbuilding Archive All Unbuilding Segments Building the Ravenel Bridge Photo Essays About me
June 19, 2006: The changing view of the Cooper River
Sparky is out of town and I am needing a bridge fix. So I thought I would try to find photos of the Ravenel Bridge with the Pearman and Grace Bridges in the background. The idea is to show the changing look of the Cooper River as sections of the Grace and Pearman Bridges were removed.

March 7, 2004: An early photo from the S. C. Aquarium - when the Ravenel mainspans were started

July 21, 2004: Here is the first photo I made from the river - during construction of the Ravenel Bridge - 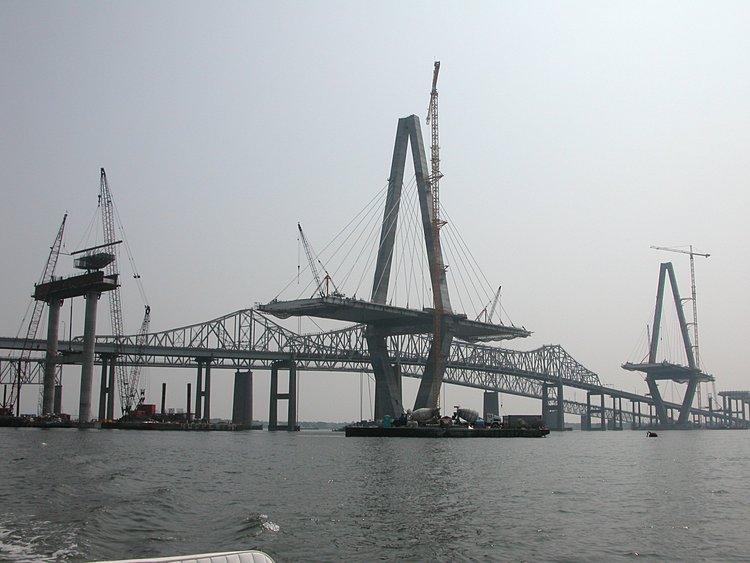 Here are a few aerial shots taken just before the opening of the Ravenel Bridge. 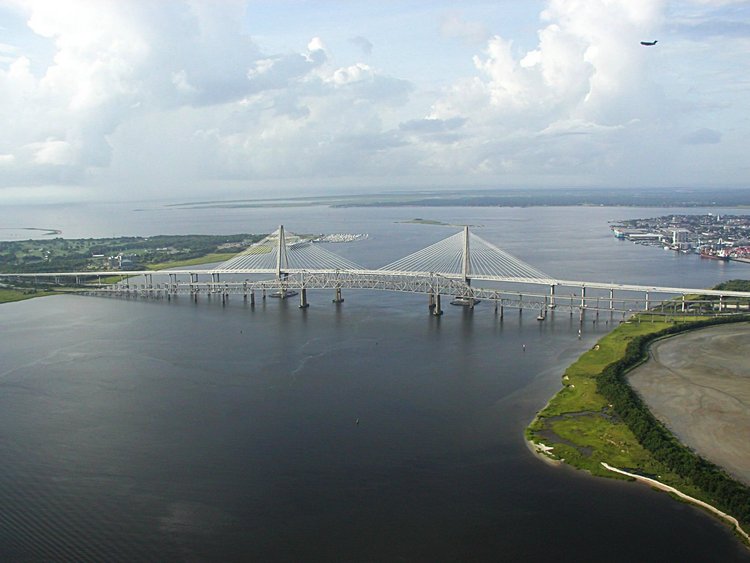 From the Mt. Pleasant side 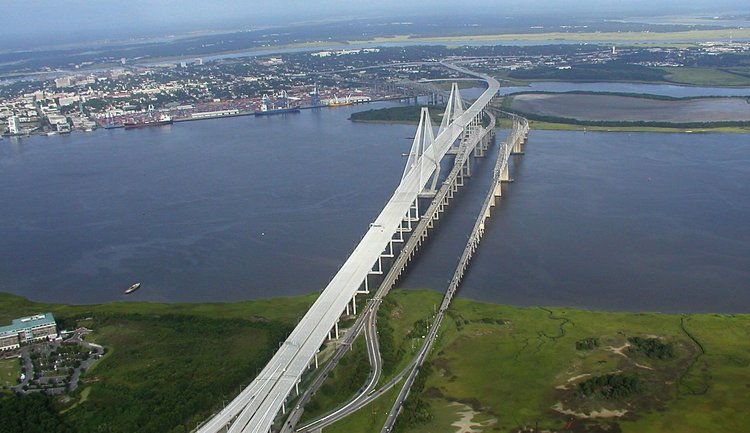 and with Charleston in the background 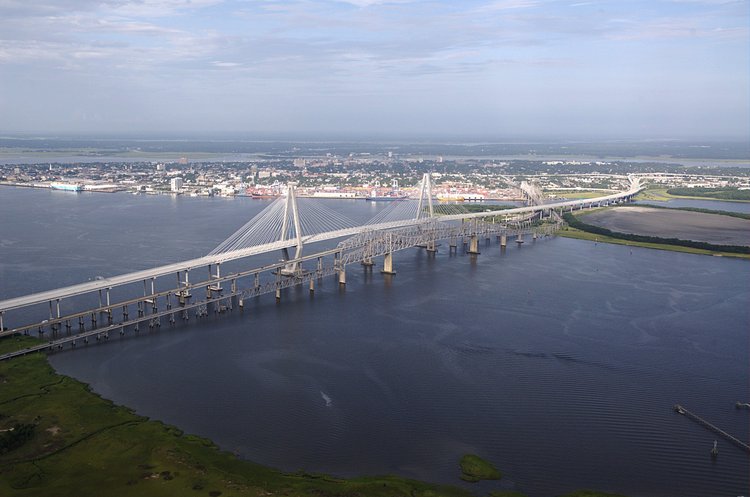 July 17, 2005: And an aerial shot the day after opening the Ravenel Bridge 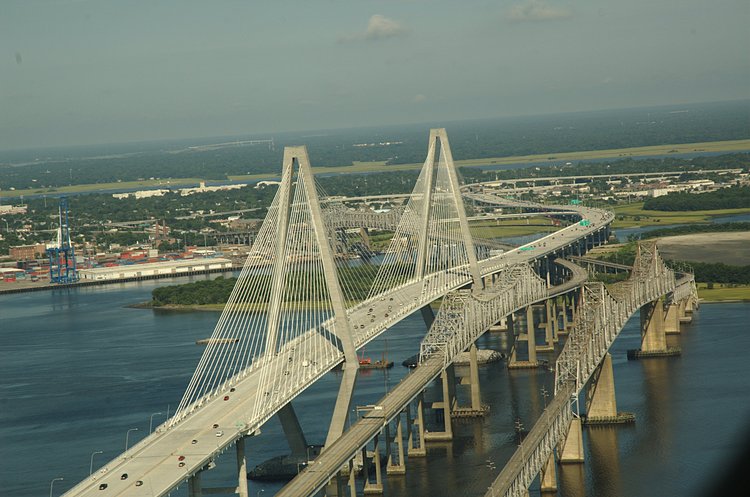 August 20, 2005: At the end of a survey trip with Ken Canty. The completed Ravenel Bridge and the mostly untouched Grace and Pearman Bridges. You can see two excavators on the west side of the Pearman main span. 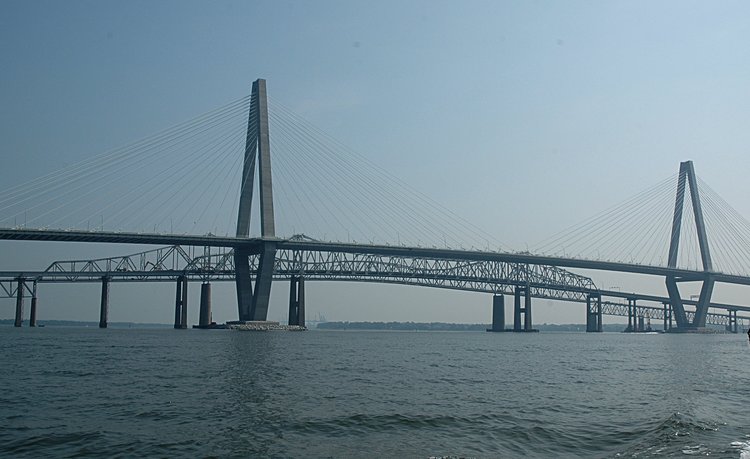 January 9, 2006: After removal of the Pearman roadway 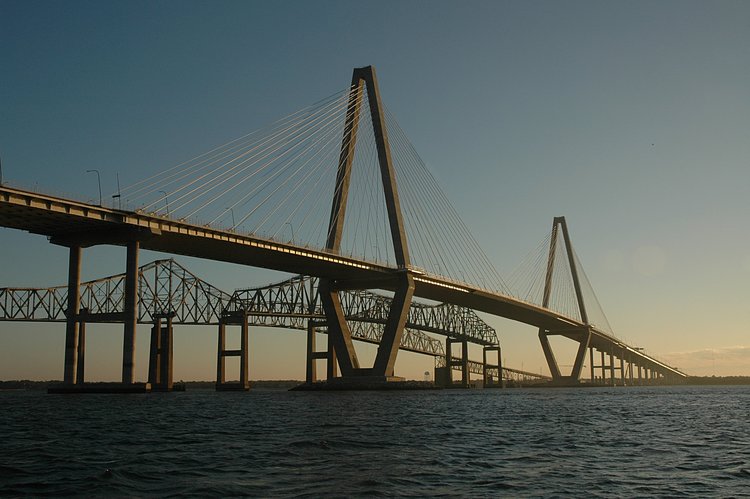 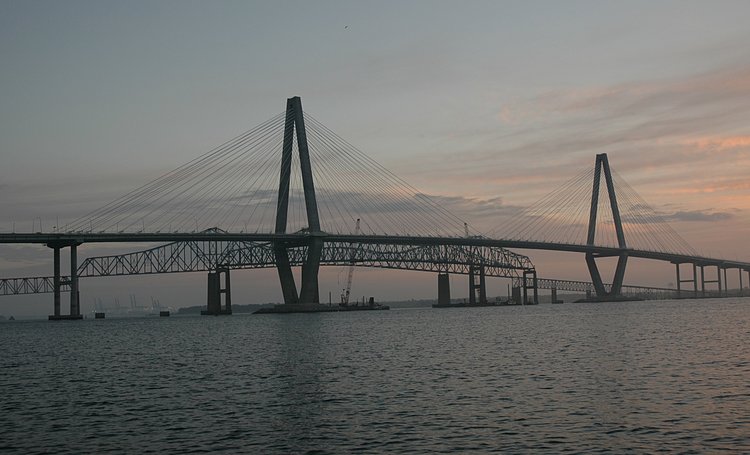 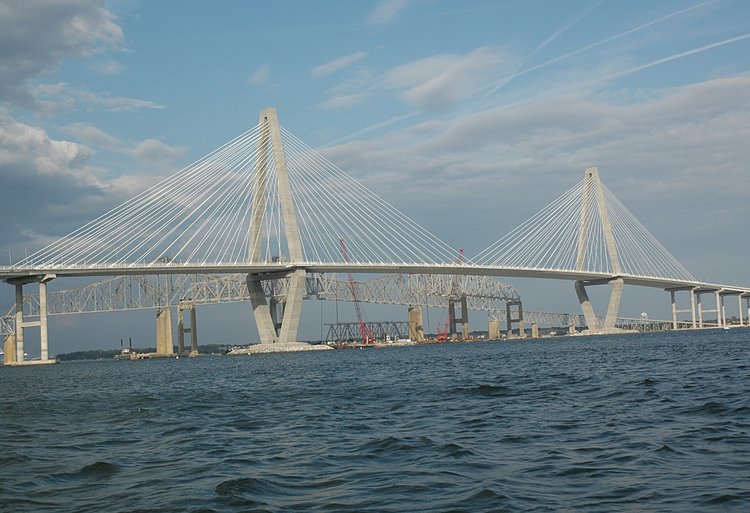 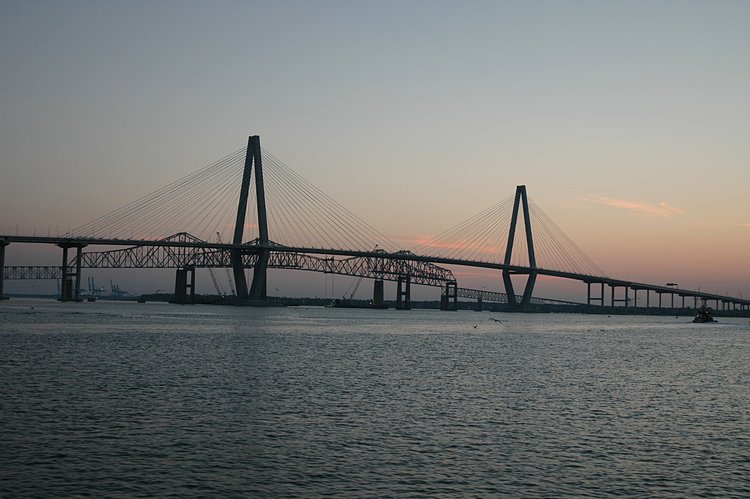 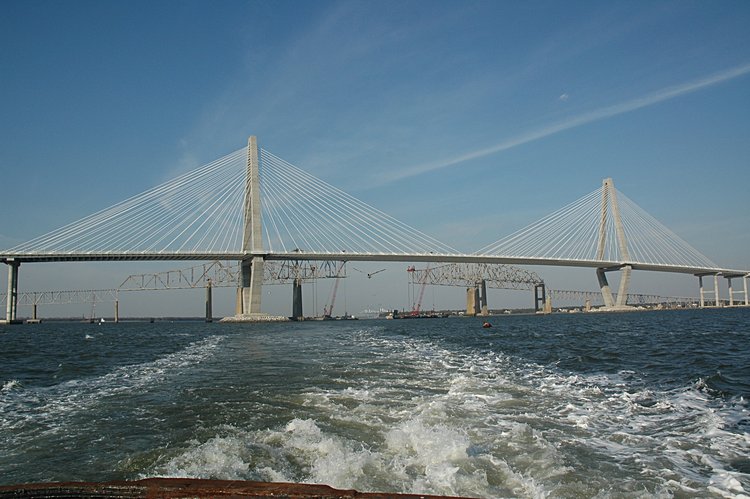 June 7, 2006: After removal of all the Pearman and Grace cantilever sections. 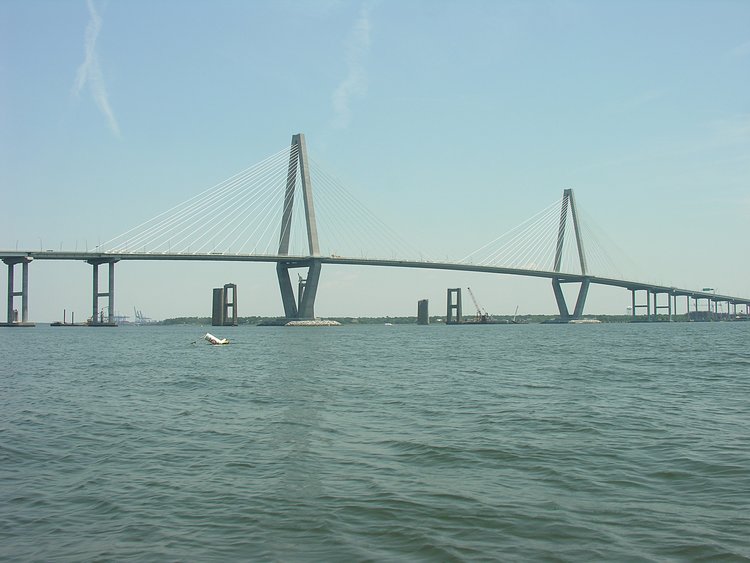 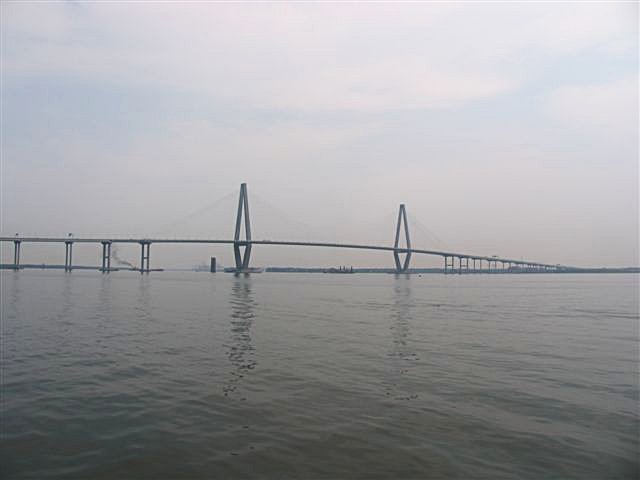