While Mickey has been doing his implosions and the iron workers have been doing their unbuilding - what is happening in the Cooper River? Remember last fall when we explored building artifical reefs outside Charleston Harbor? Well today, I thought some of Sparky's photos provided a nice lesson in marine life. More specifically, about oxidation and the bioavailability of oxygen in water. 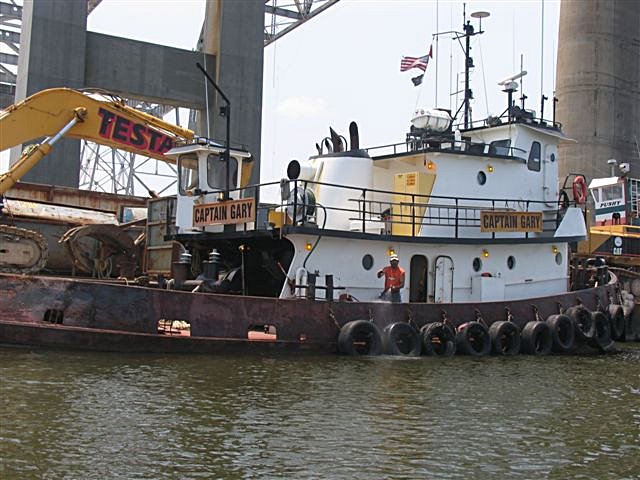 This is the fishing rig - usually Manny is driving the crane 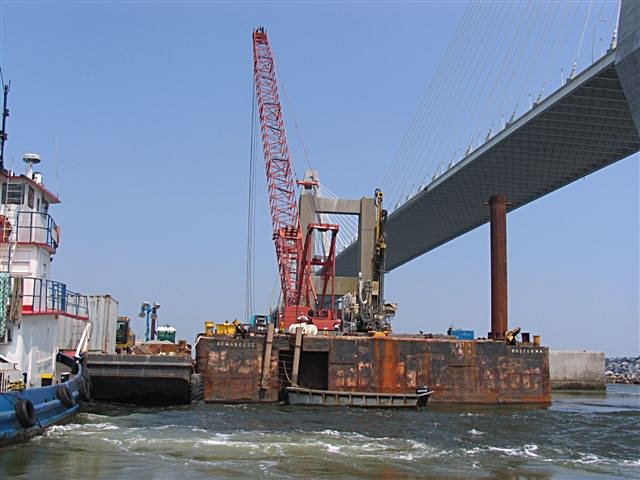 and here is some of the harvest shoing marine growth as well as rust. Oxygen @ work! 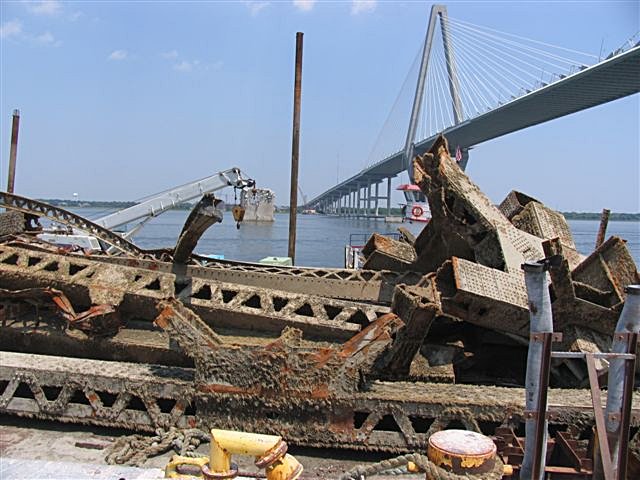 Inside a rusting box girder - more signs of oxygen working within the Cooper River. Oxidation is the name of the game. Also stuff (algae?) growing on the steel. 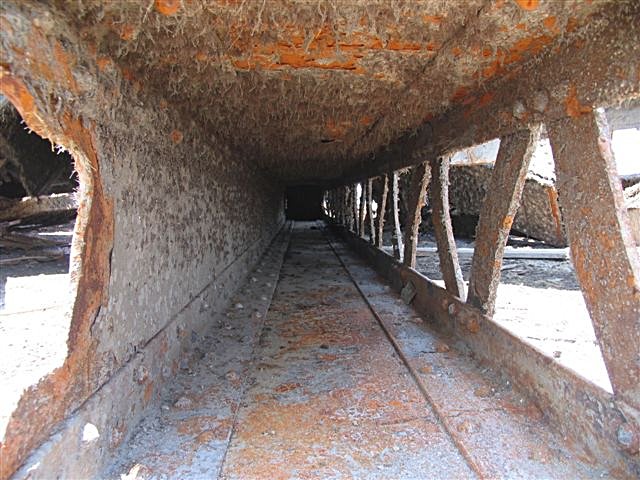 But look what is growing at a steroid rate. Here is early marine life growing on the Grace and Pearman girders 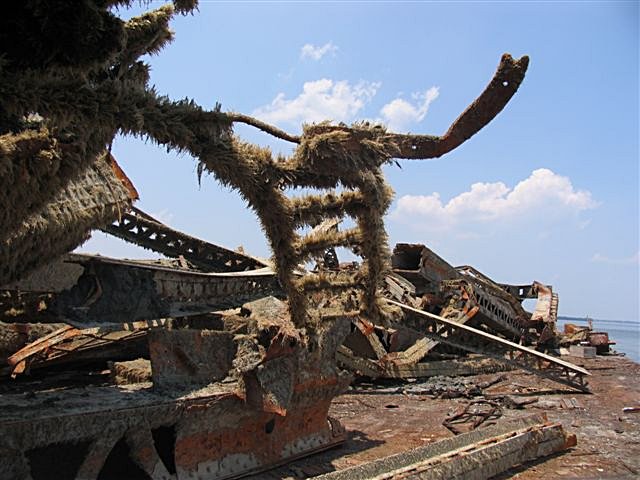 more stuff growing on the girders while they were experiencing baptism 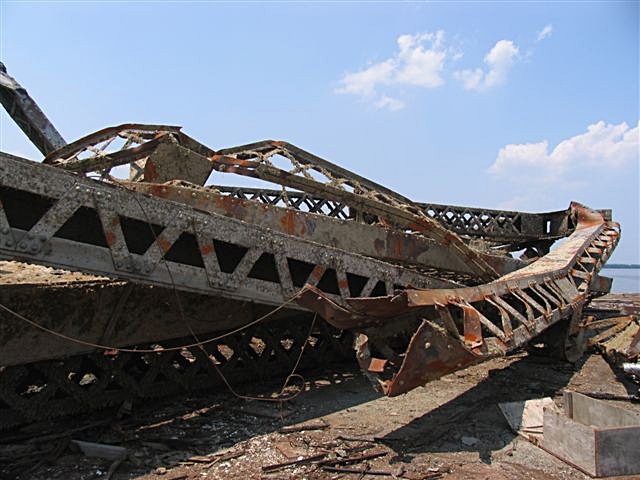 and here is Sparky at his best. A study of the Ravenel Bridge with Steve Testa's framing the bridge and the bow of Pat's tug. 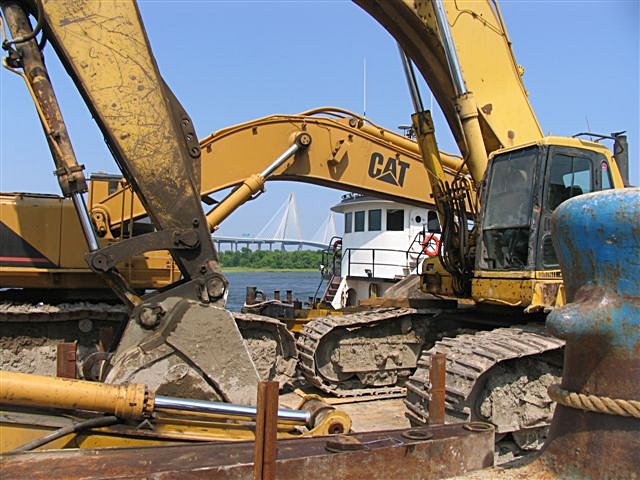 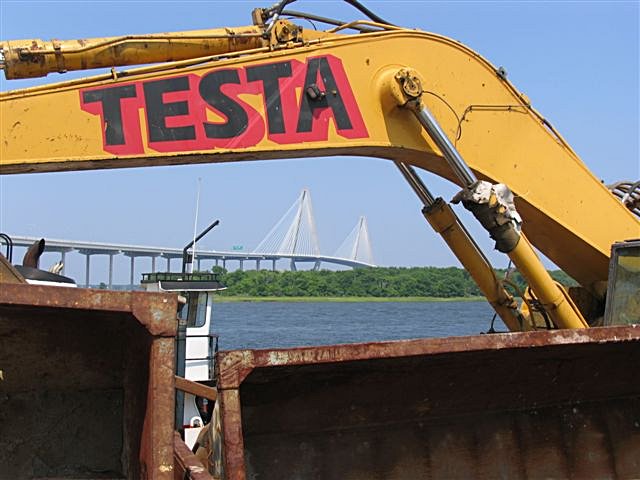 and a final view 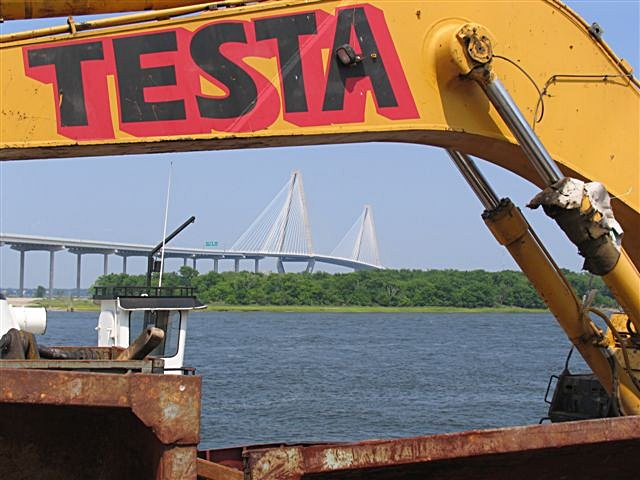