Early morning starts early on this Saturday. I talked with Speedy last night and he thought it would be interesting to watch the removal of the lower Mammoet beams - so here is the story. 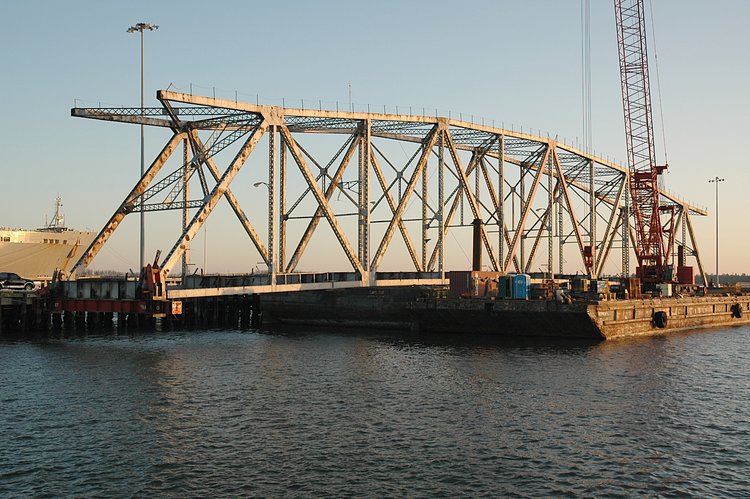 A look a at Grace, resting peacefully at the Navy yard with her lower Mammoet beam. 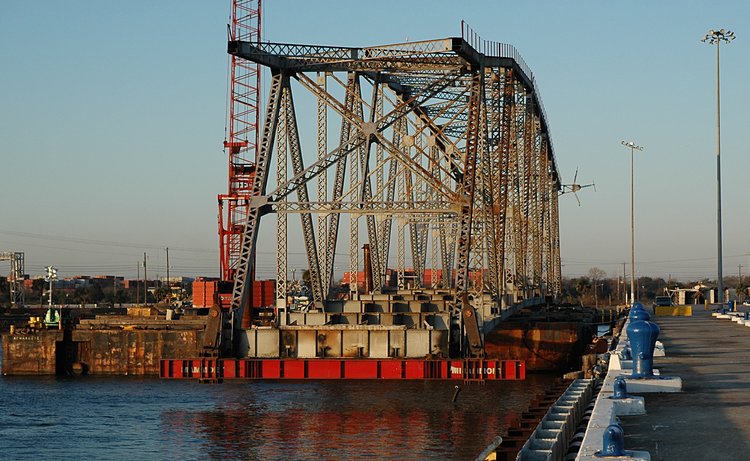 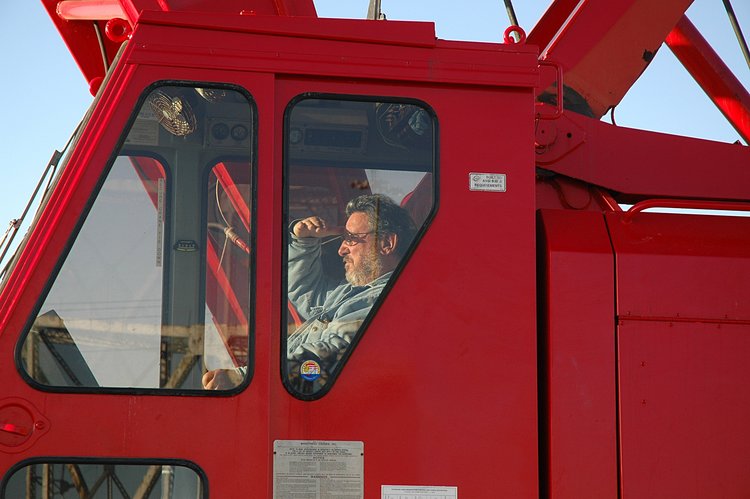 as were Chris and Speedy 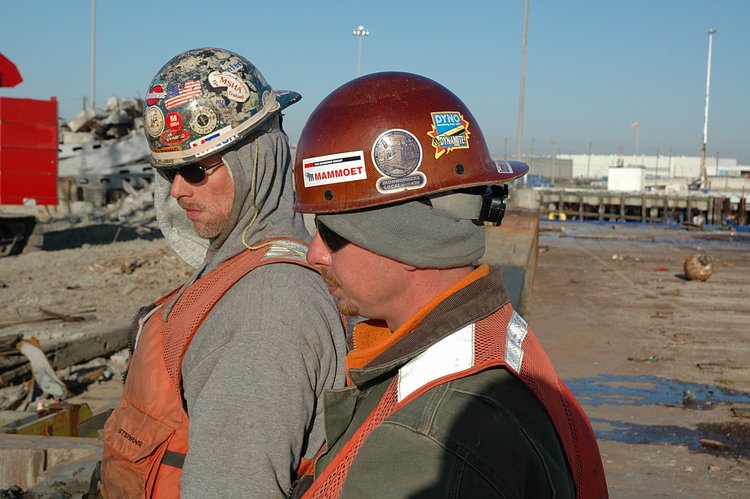 We went over to the Cape May and found Chucky and Manny. 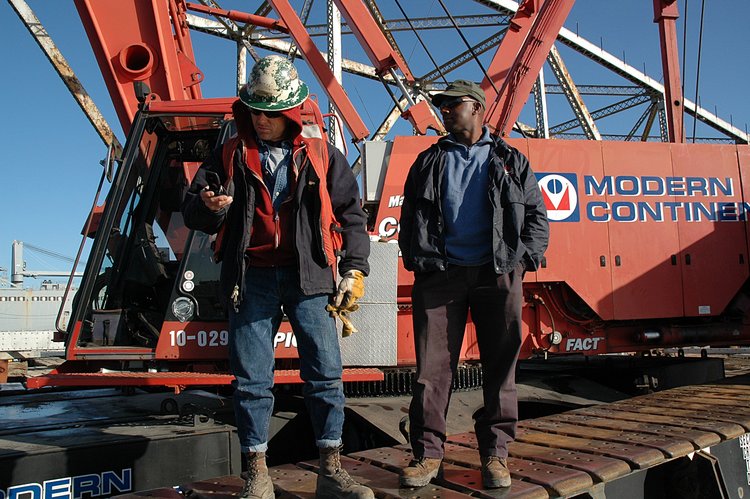 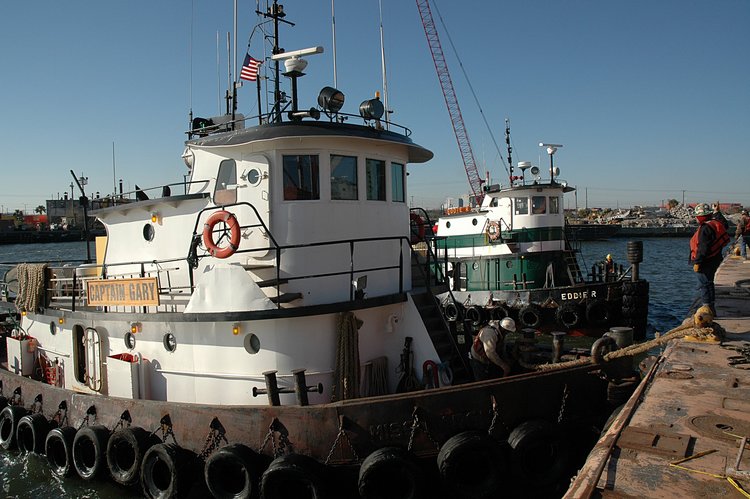 Here is Farmer tieing off 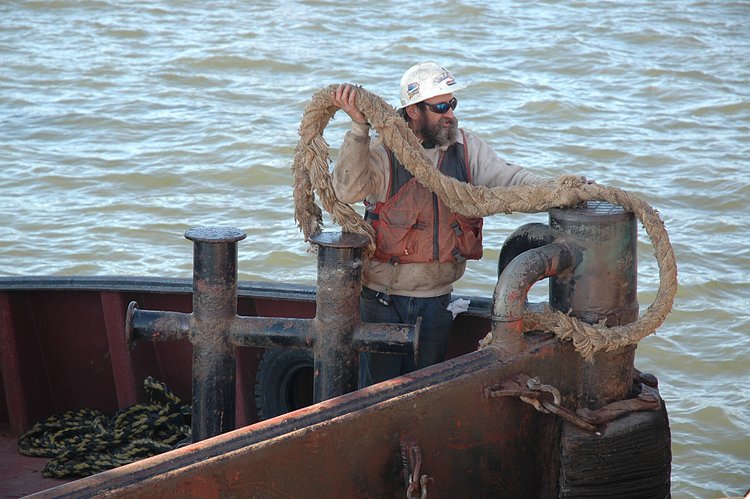 Pat and a cup of tea 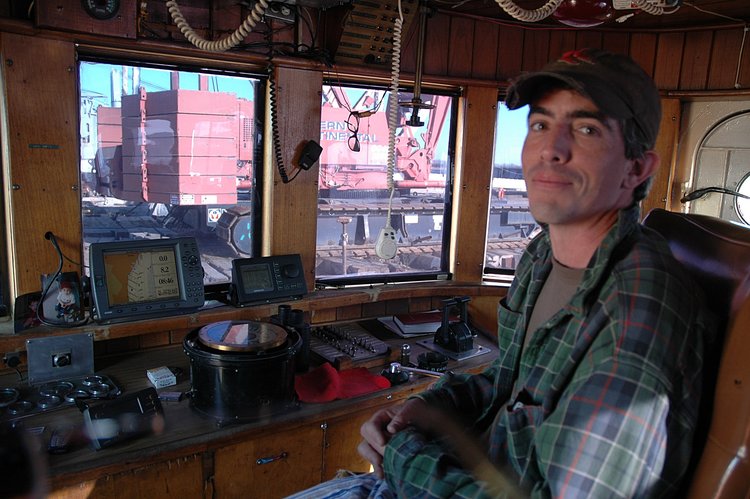 and where we were - his GPS 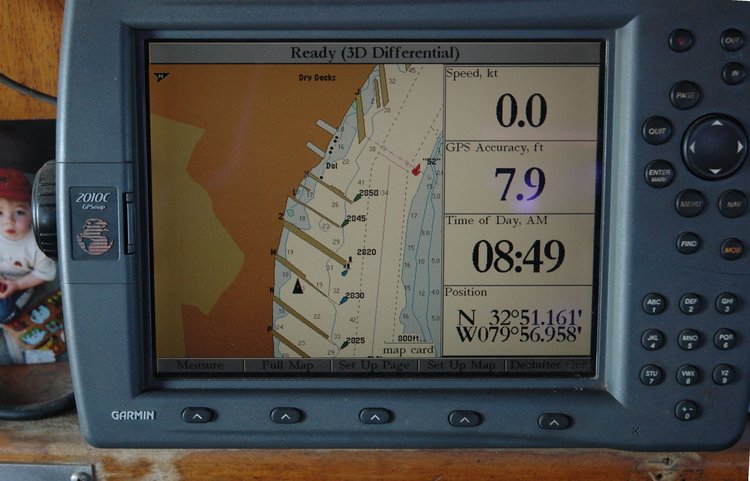 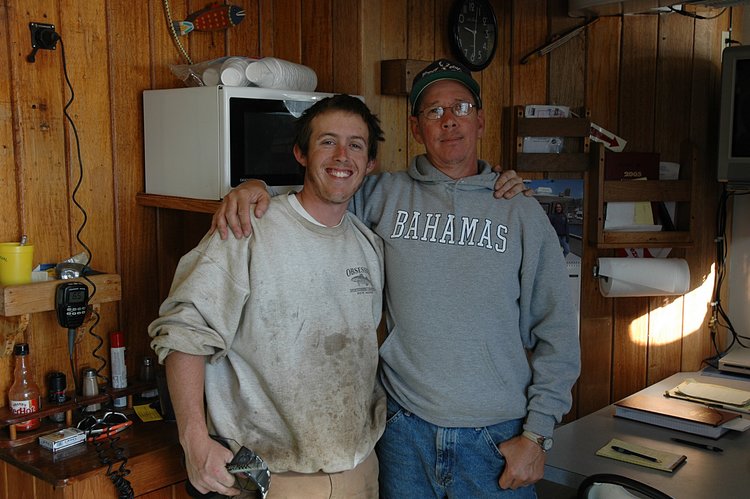 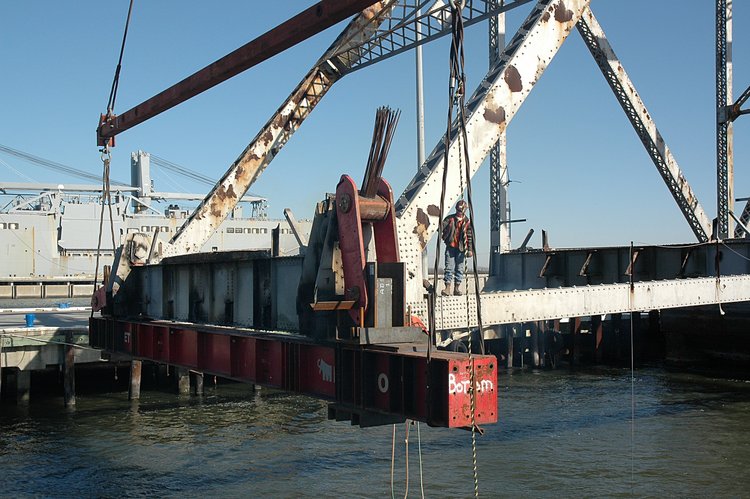 Chucky and the lift bar 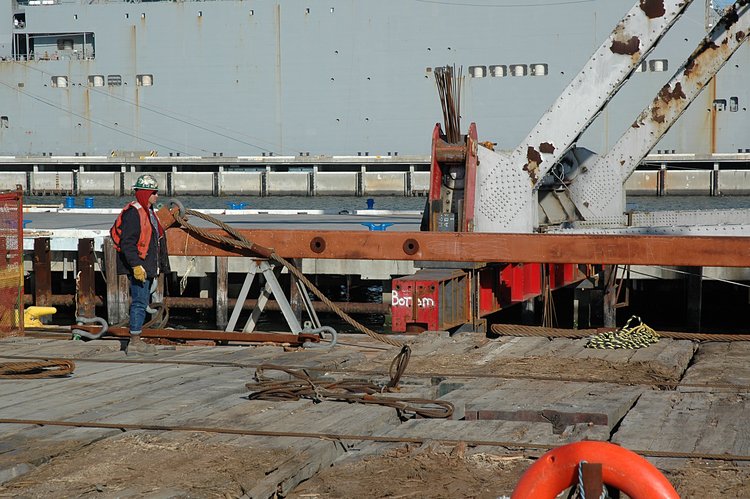 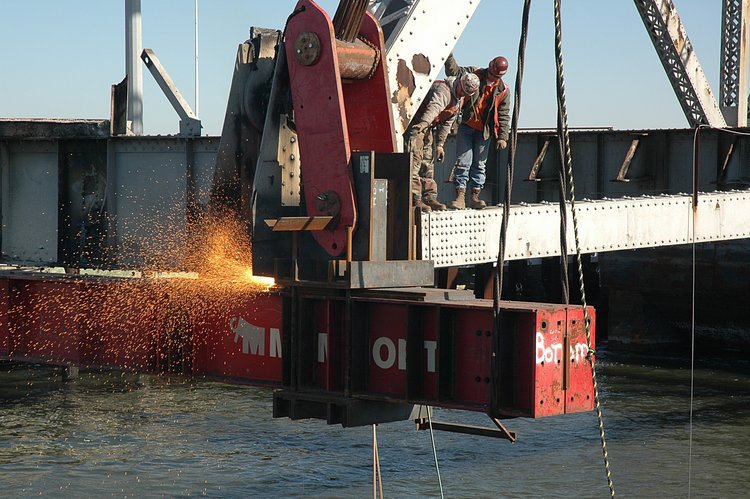 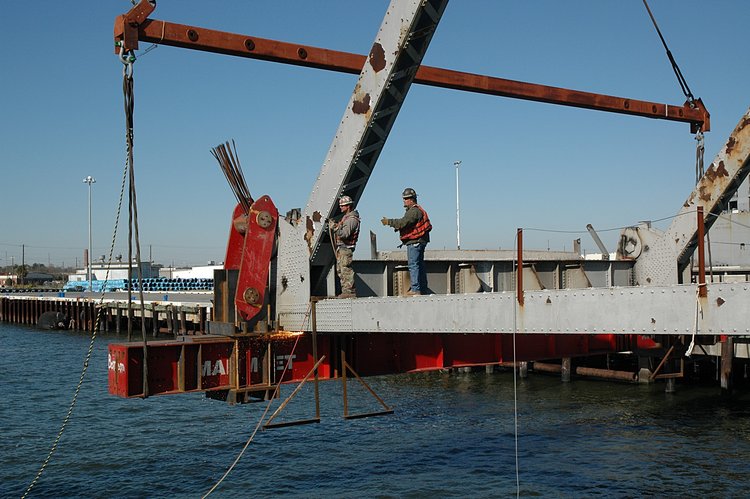 Chris (cutting on the left), Speedy and Nugget 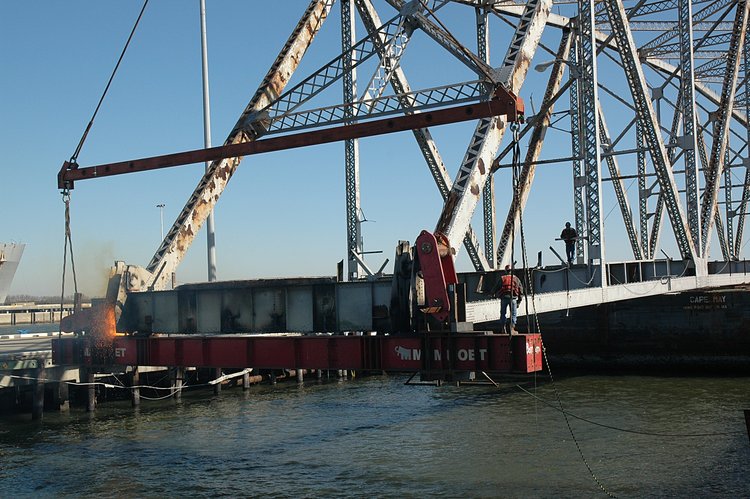 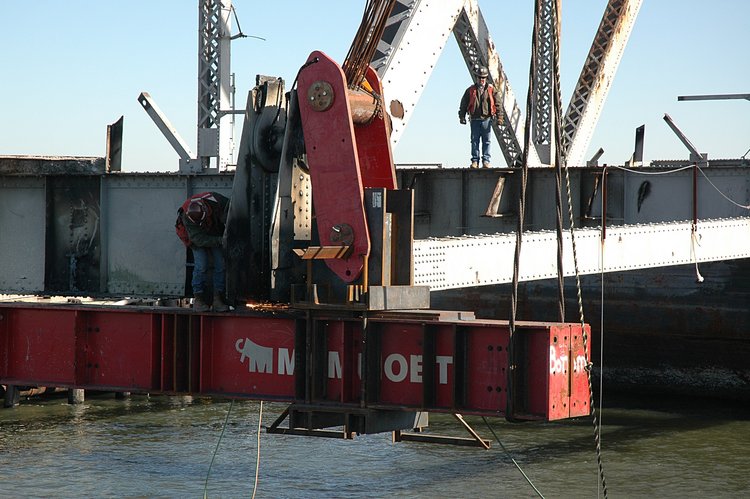 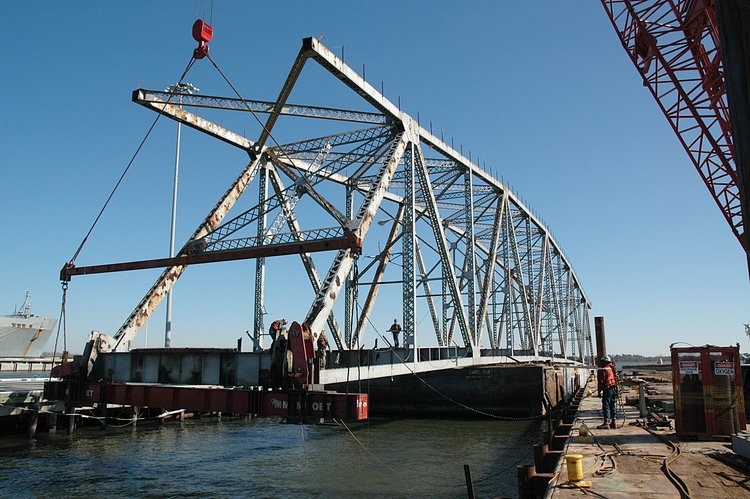 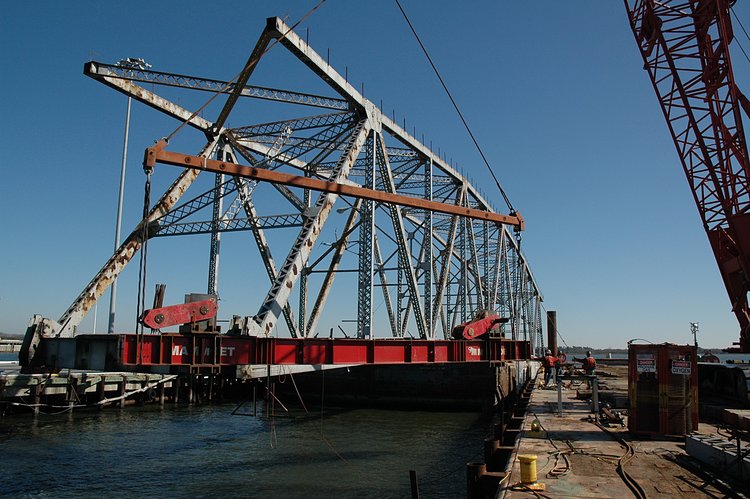 Here, Chucky is directing where to place the great Mammoet beam 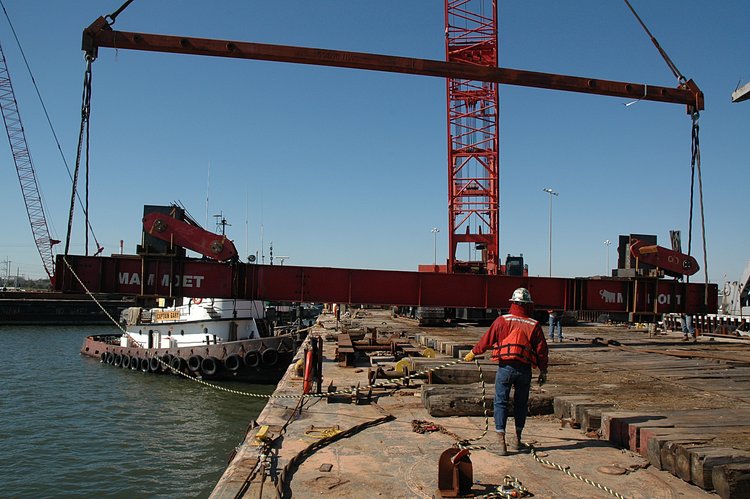 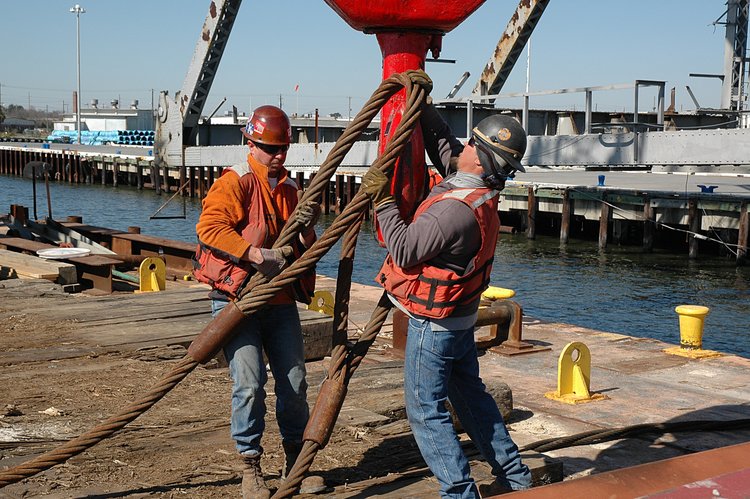 and the end result - Grace with no lower Mammoet beam 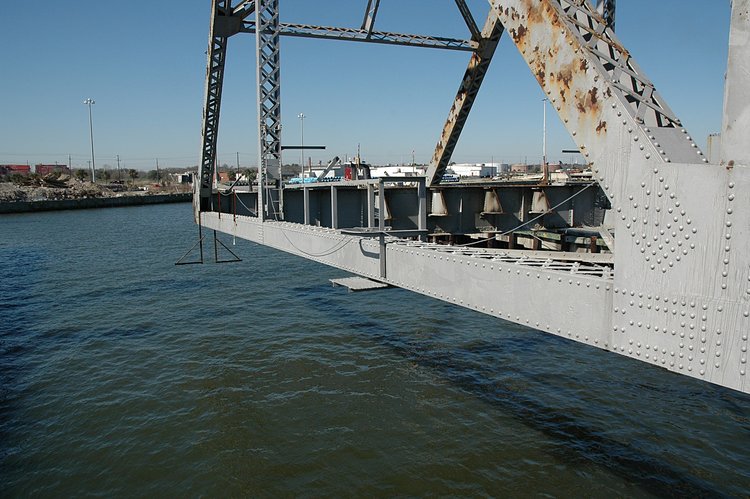 Today, Sparky took the 2nd shift (he and I only work 6 hour shifts - whereas Testa and Cashman have real endurance - and work 12 hour shifts). Pat, Farmer, Art and Rip rotate Grace into the Testa orientation. Watch them perform the rotation (1 Mb mpg) 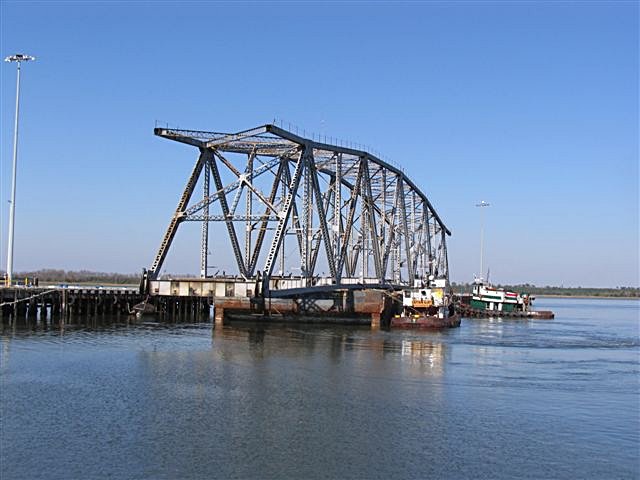 A view of Grace in the Testa orientation 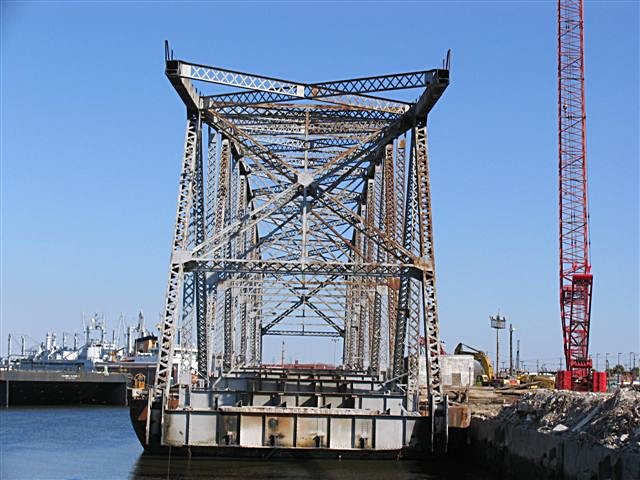 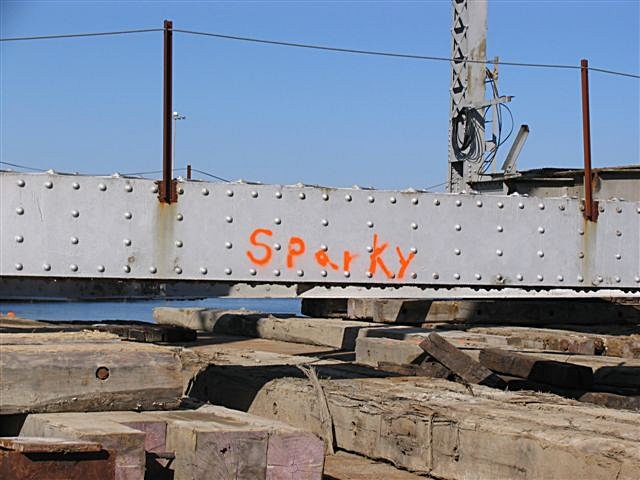 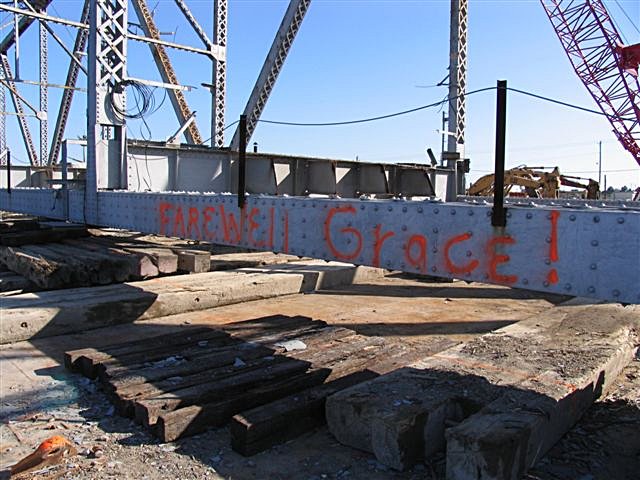