This was a day for Sparky. Long time friend Mark Bayne, the shipwright for the Spirit of South Carolina, and his team had conpleted the construction of the pride of Charleston. Here is the story, photos - and Sparky will fill me in on the details.

Everything takes place under the watchful eyes of Cousin Arthur 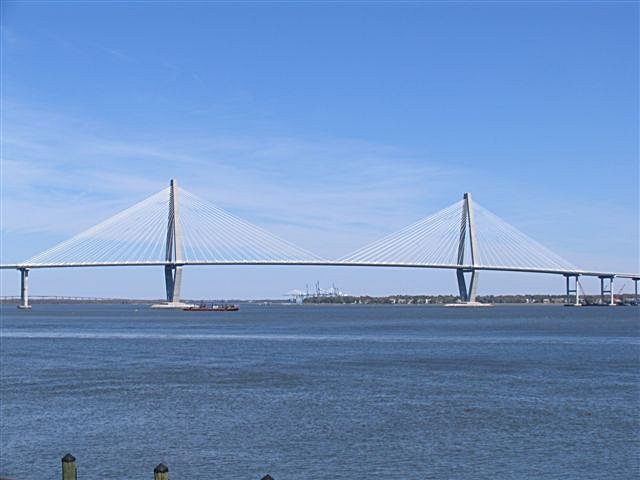 Introducing the "Spirit of South Carolina" 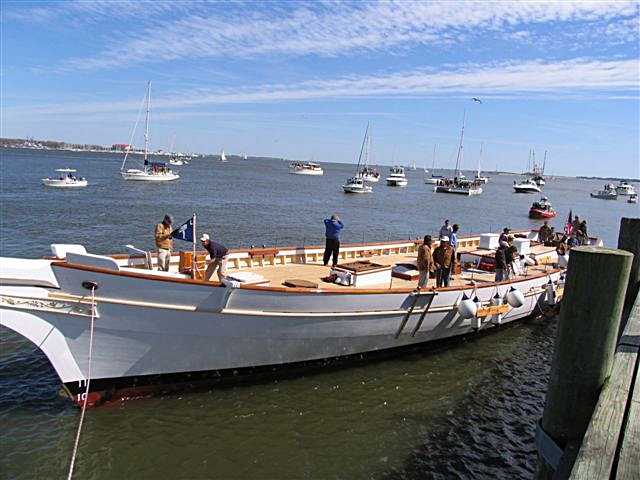 With lots of folks to help 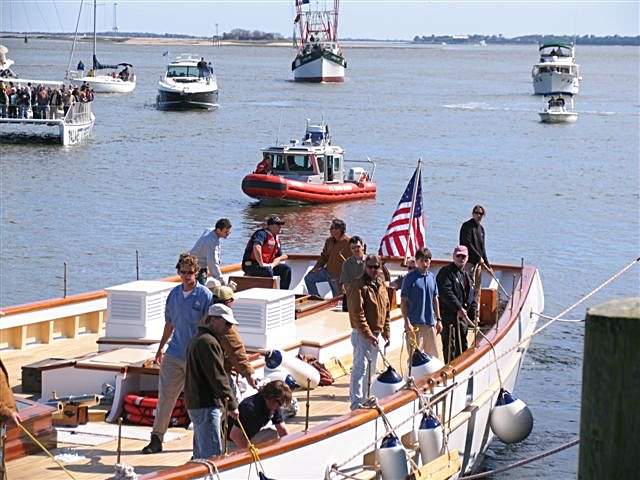 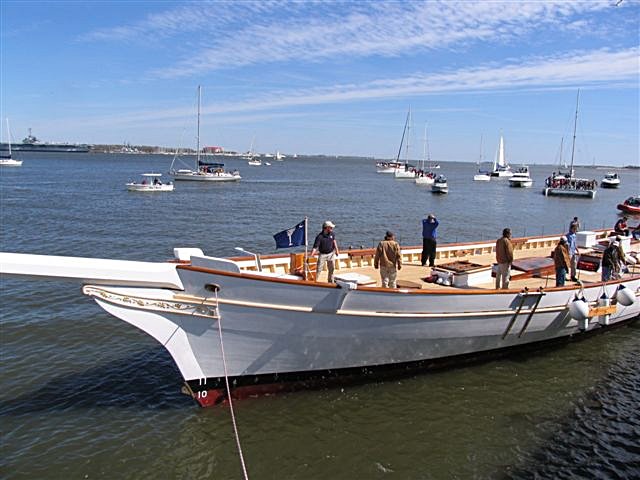 One of the very pleased craftsmen 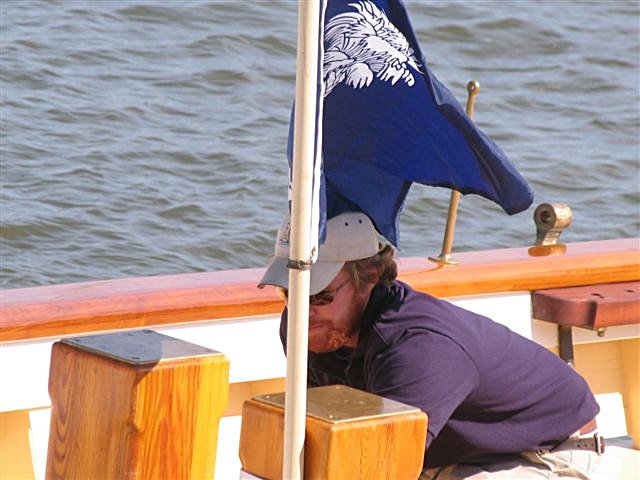 Another view of Mark's creation 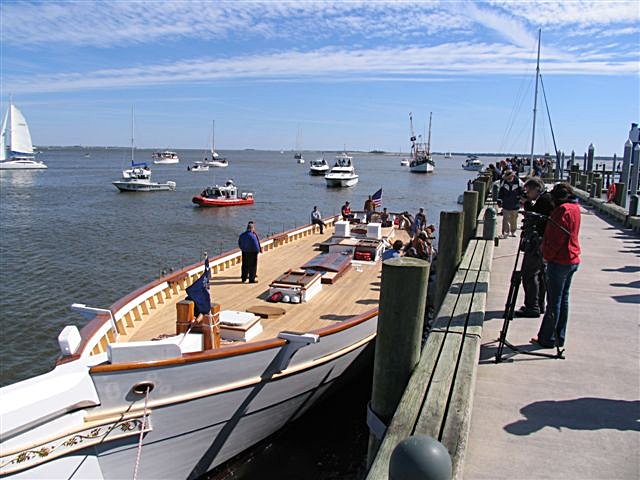 Getting ready (for something) 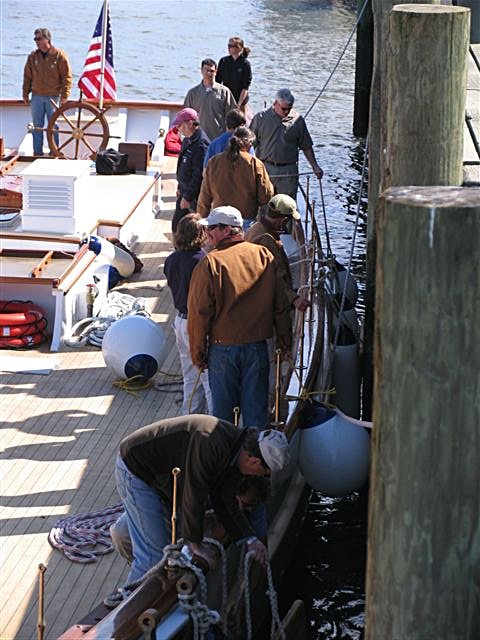 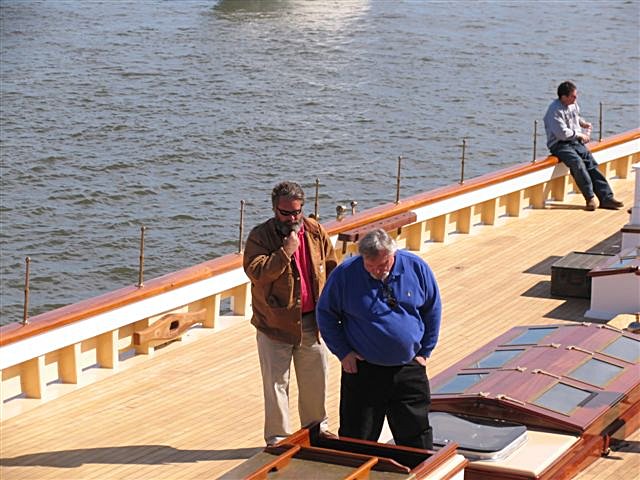 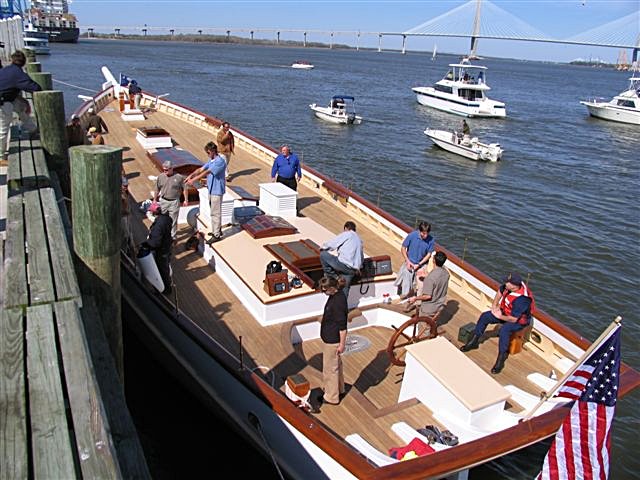 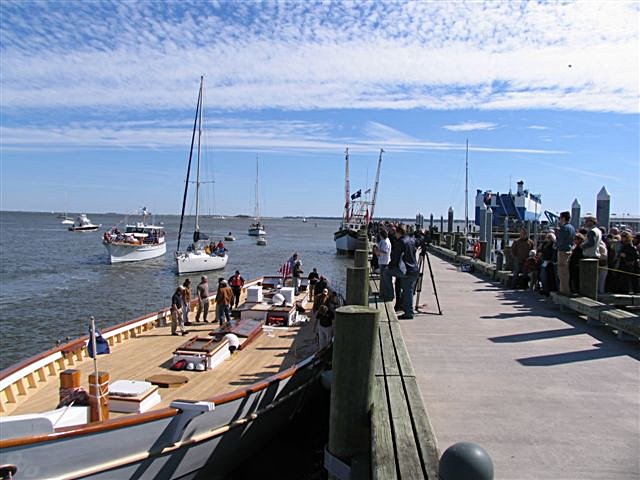 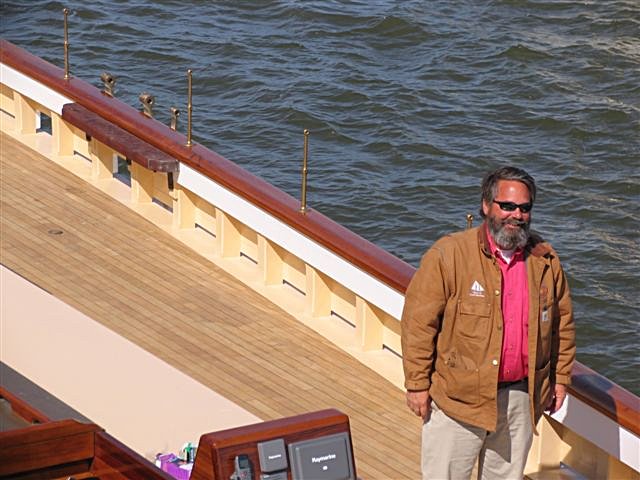 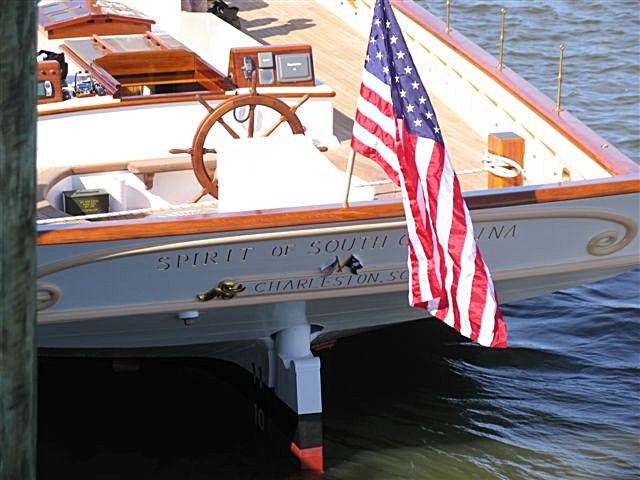 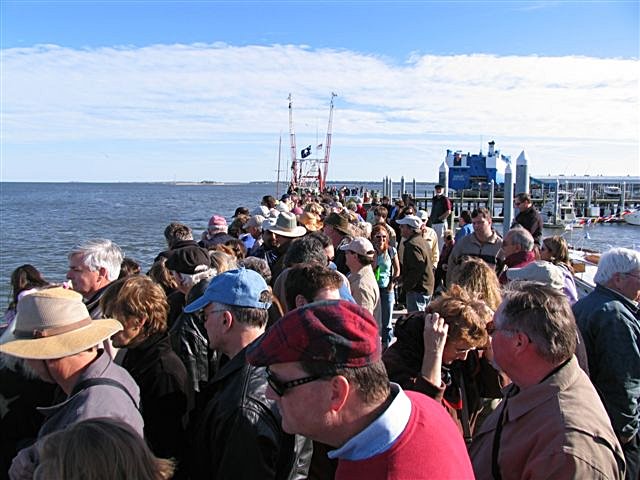 And a serious ceremony 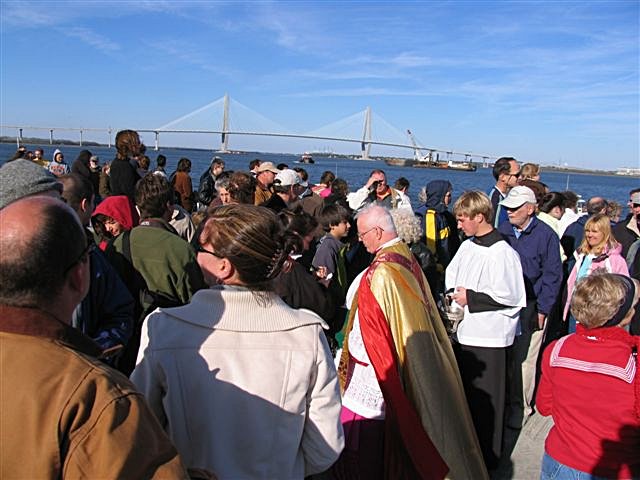