Today is loading day - Mickey and Ken on the right and Carlos and Michael on the left (I think). Loading consists of placing 1 or more charges with a detonator in the hole, followed by another charge or spacer or stemming. This is tamped into place, the shock tube tail is left hanging to be tied in with the other shock tubes in a predetermined sequence. Sparky got several sequences of loading which I synthesized into short video segments 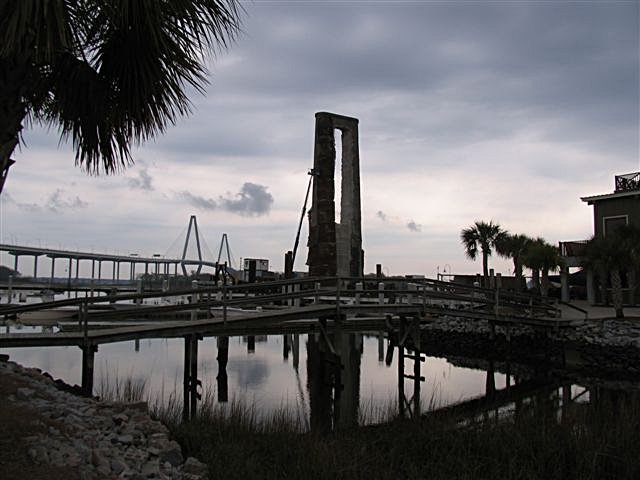 The Seabreeze windows are boarded up (again) 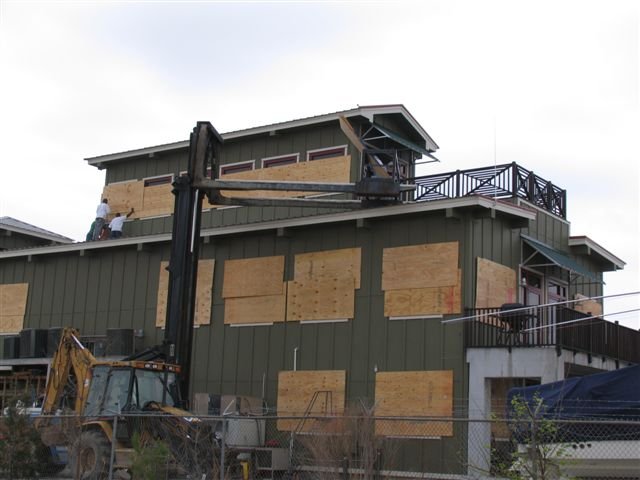 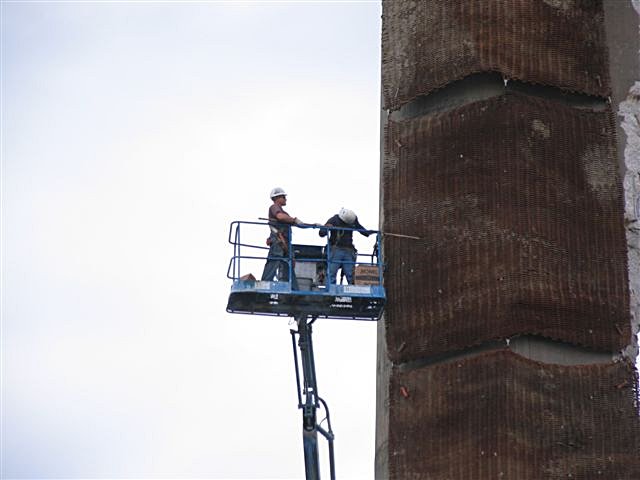 while Mickey and Ken are loading on the right. A good example of parallel processing 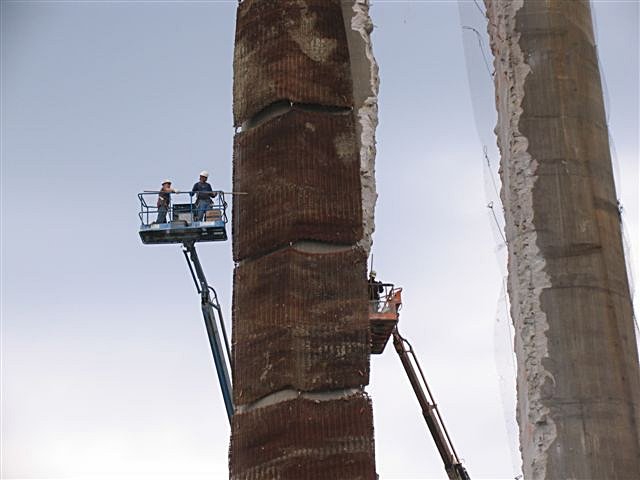 Another view of dual processing 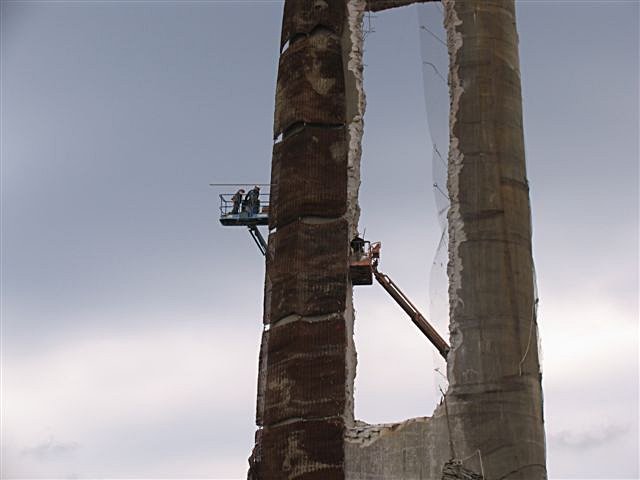 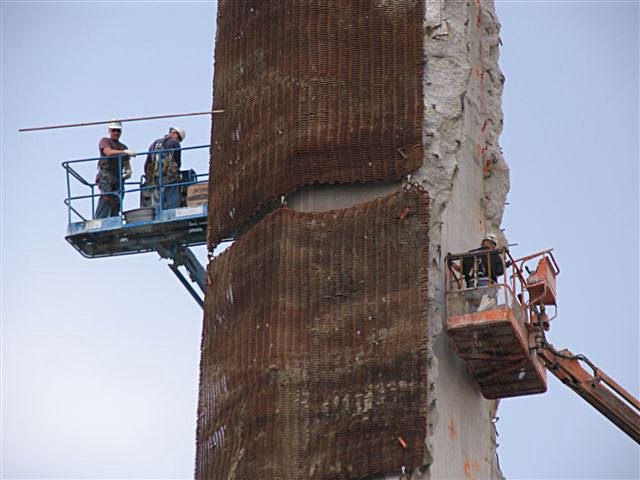 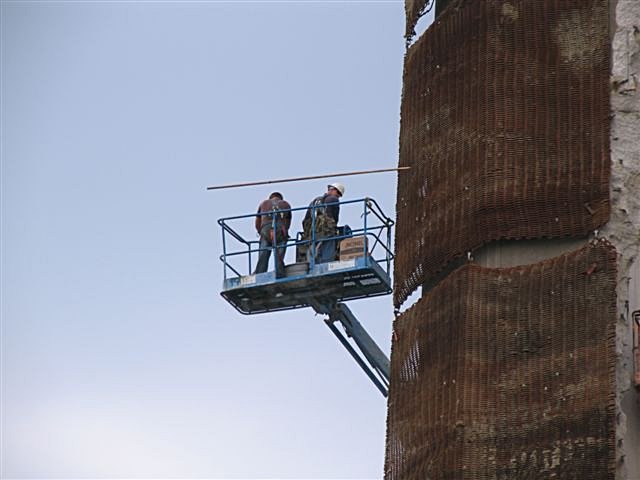 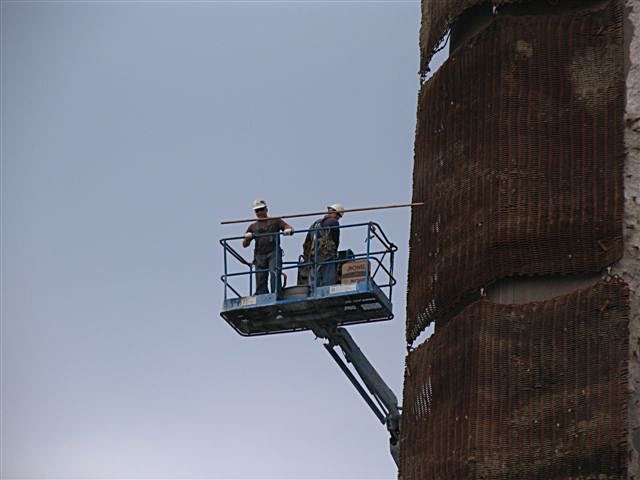 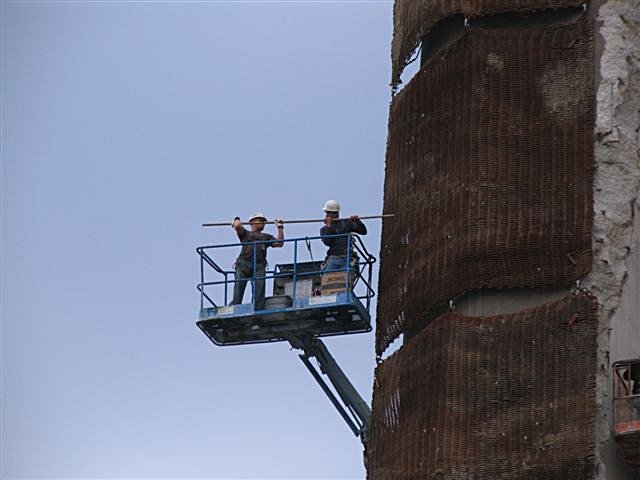 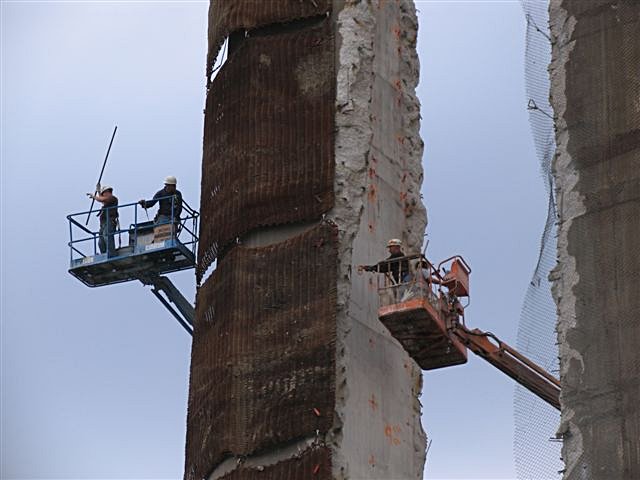 A closer view of Mickey connecting the shock tubes 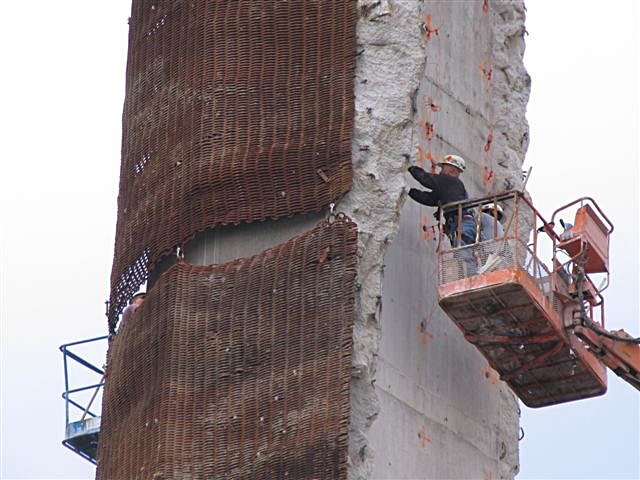 A close image of the shock tube leader 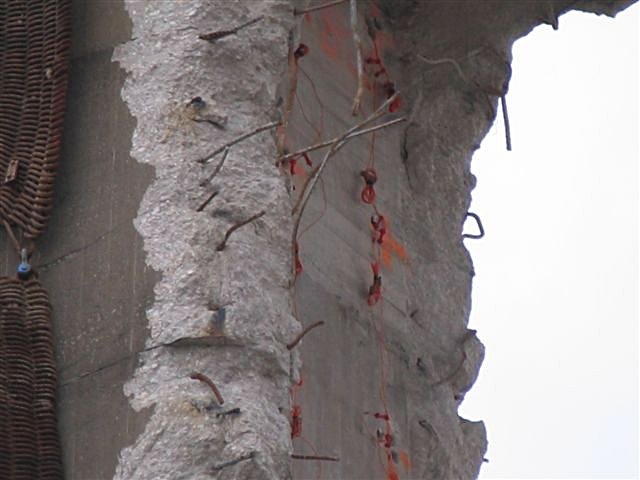 A closer view of Mickey 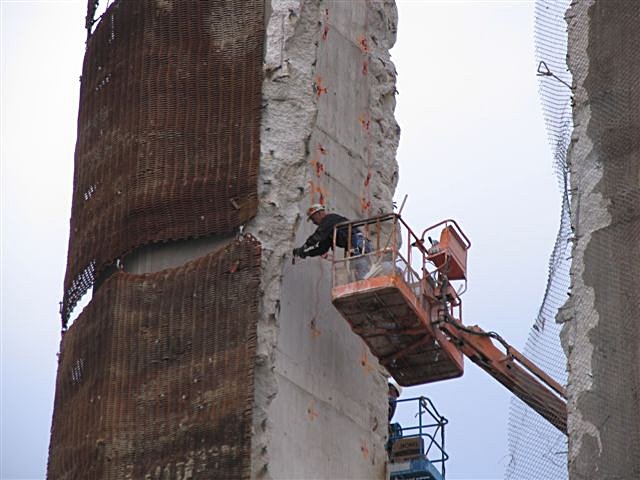 With Carlos and Michael supervising? 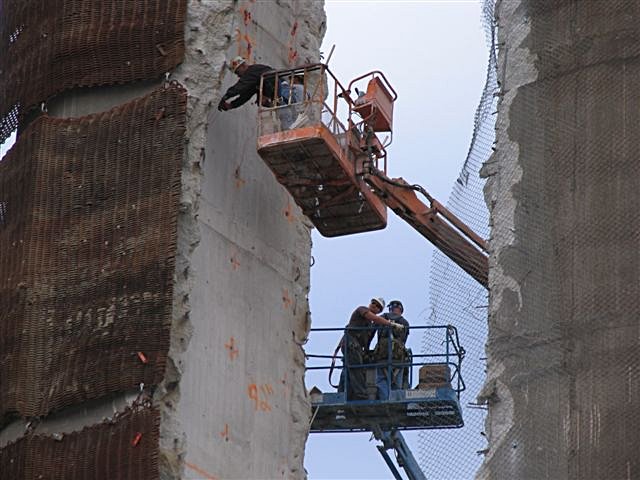 Not only are ironworkers acrobats - blasters can also be acrobats 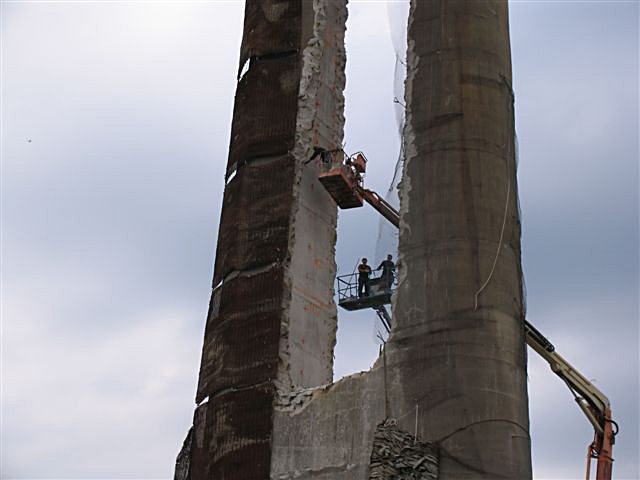 An interesting view of the worksite 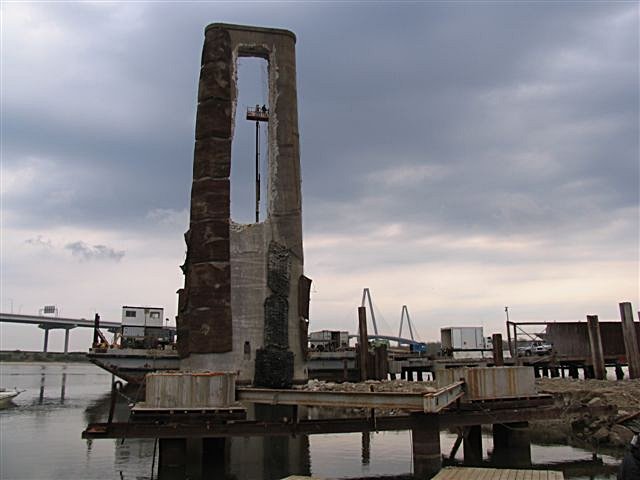 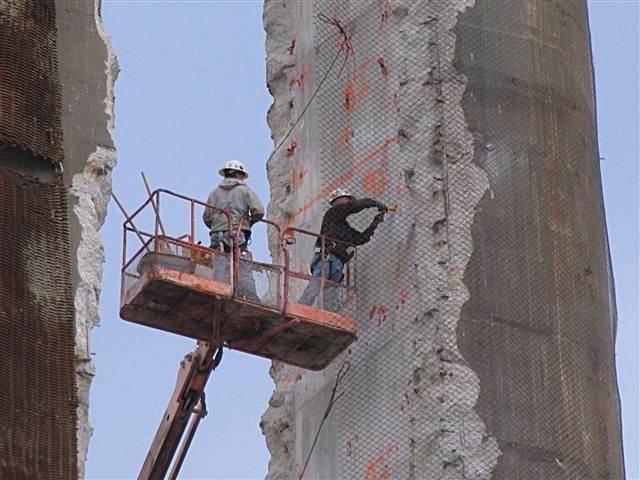 A handoff from Ken 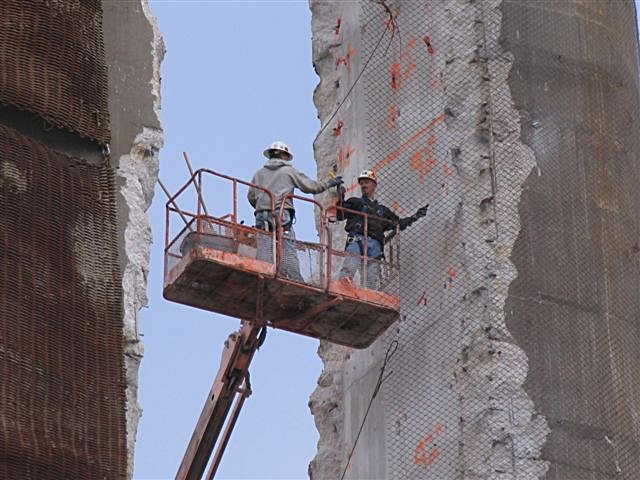 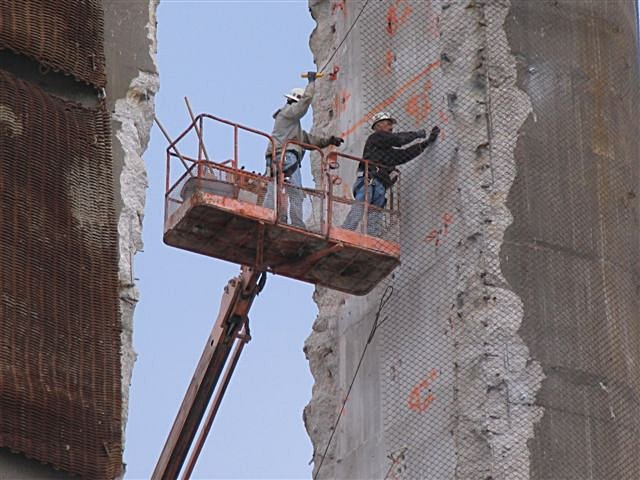 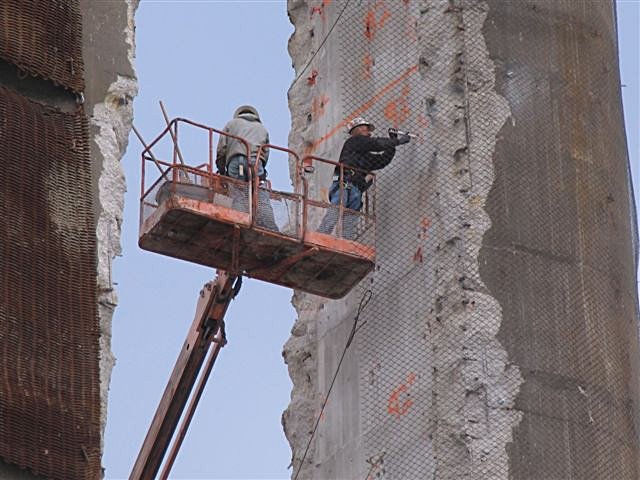 and Ken hands another spacer to Mickey 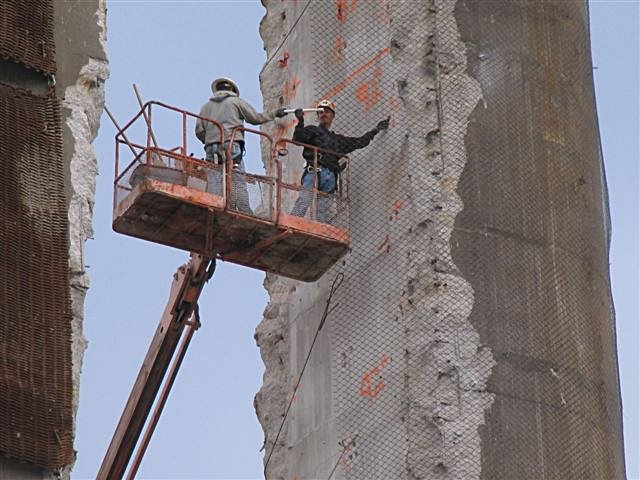 Then tamping. Click to watch Mickey and Ken load. 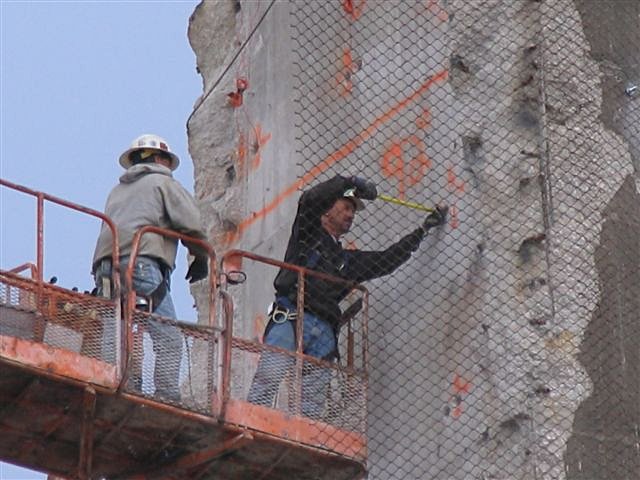 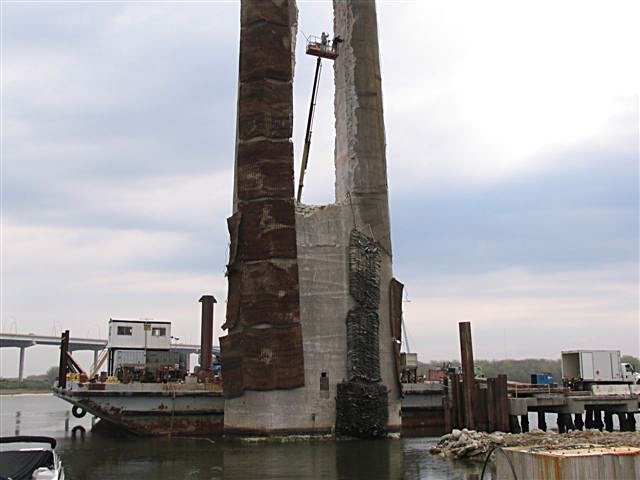 And a last look at the worksite 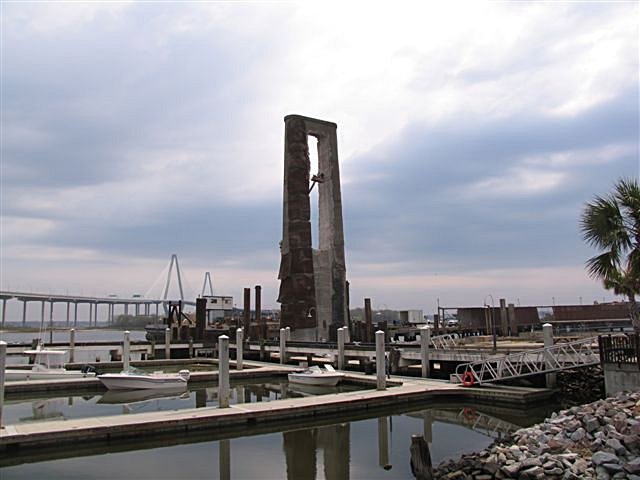