Home Meeting St East Bay Drum Island Mt. PLeasant Pearman Stories Grace Stories Implosions Enginnering Insights Stories of unbuilders Learning Links Bridge Video Bridge Blog Unbuilding Archive All Unbuilding Segments Building the Ravenel Bridge Photo Essays About me
March 13, 2006:
Multiple Personalities of a Testa Operatore
When I first met Chris Vocci he was operating the 7550 crane picking girders from the Pearman ramp over East Bay. I managed to misnamed him (a similar mistake that I perfected with Michael Hebb and Jack Foley) - which has turned out to be a great way to meet people since someone usually writes email and corrects me. Last week when Sparky was out at the Navy yard, what did we find but all purpose Richie operating a grapple. Sparky sent some photos from yesterday's action at Town Creek and Drum Island and included were a few photos of someone operating a grapple and loading metal sheets onto a dump truck operated by someone else. Michael has become my people identifier - and it turns out that he was operating the grapple (Joshua - look at your dad run a grapple - which is he better with - the grapple or the shear?) while Chris Vocci was operating the dump truck.

From Joshua - this is a good message for all of us!

Our Testa team with multiple personalities and no longer can I associate a machine with a person. Here is today's story. 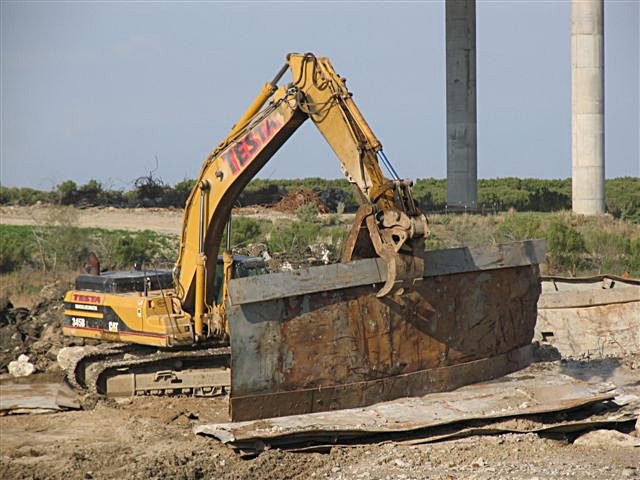 move it over the top of Chris's truck 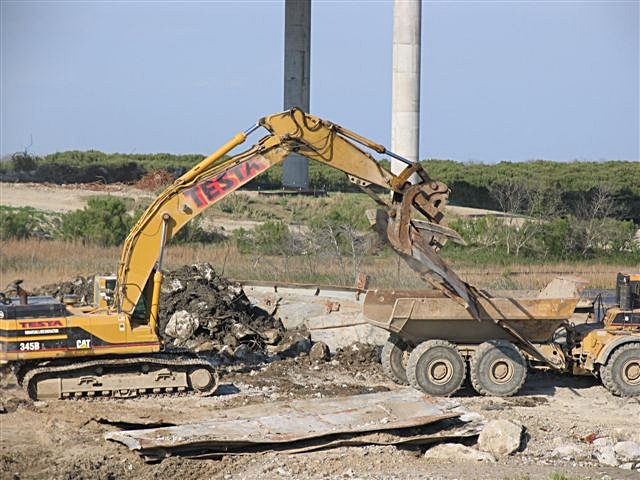 and gently lay it down, so as not to disturb Chris 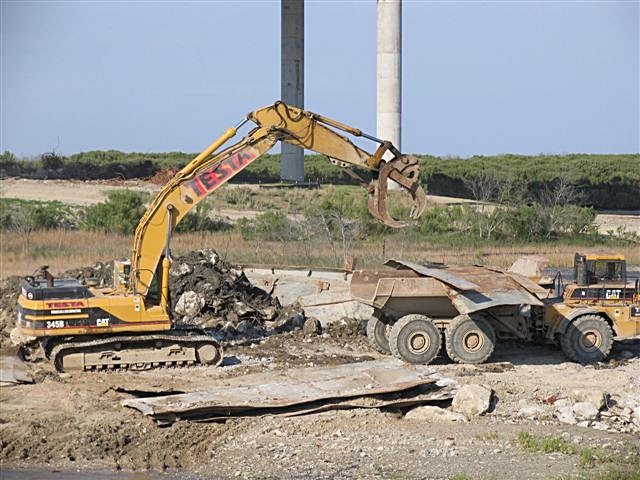 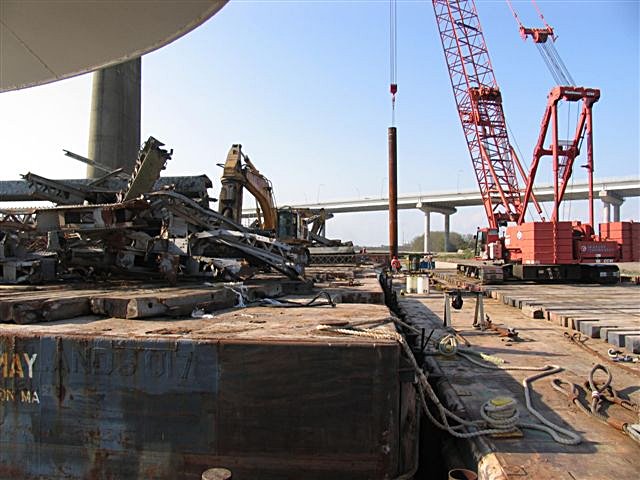 With Mike Nally carefully looking on 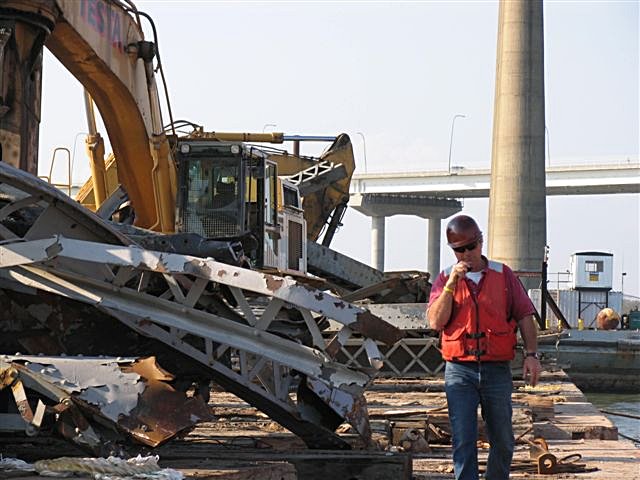 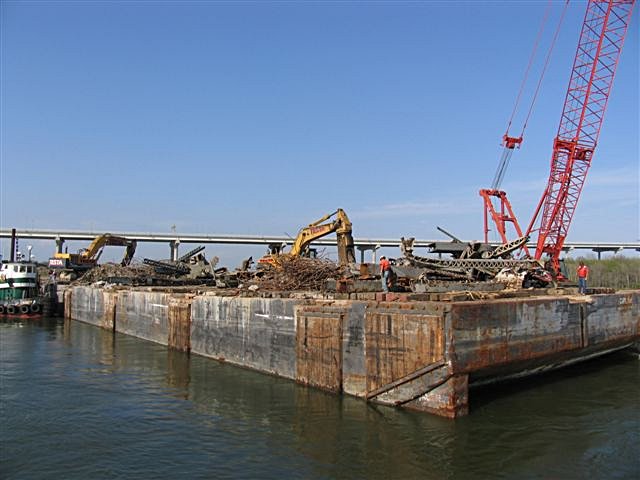 All sorts of Graceful bones 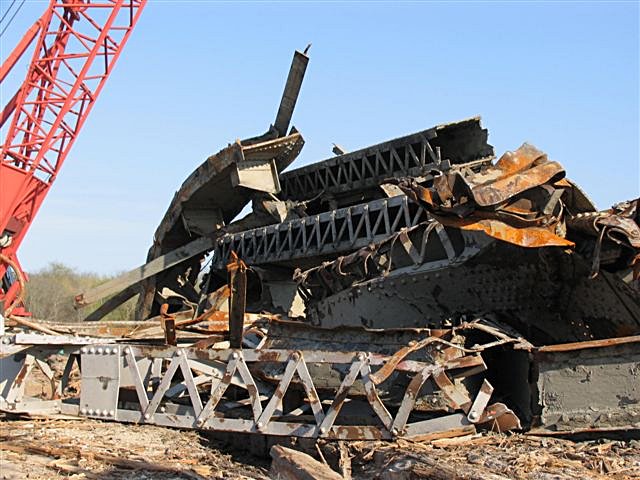 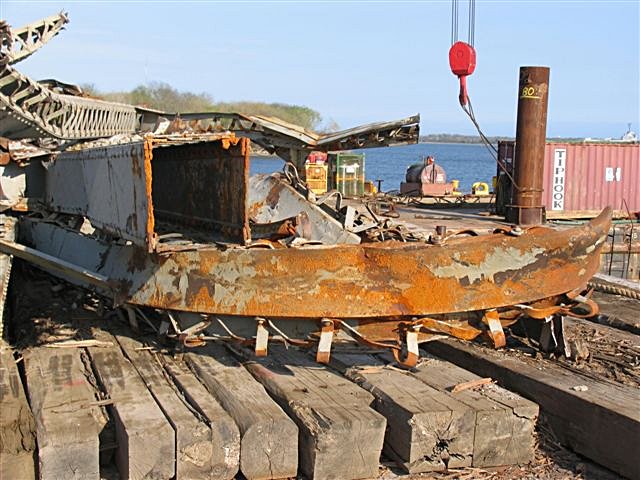 as Mike maps out the next move 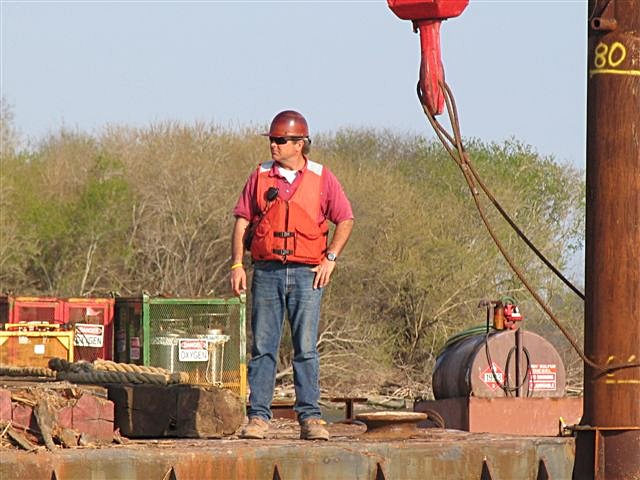 Then Art and the Eddie R moves the Cape May 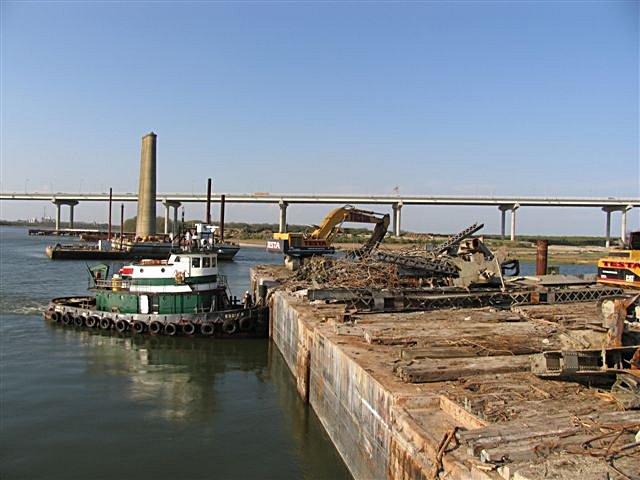 and just like with the main spans of the Ravenel Bridge, Art closes the gap between the two barges 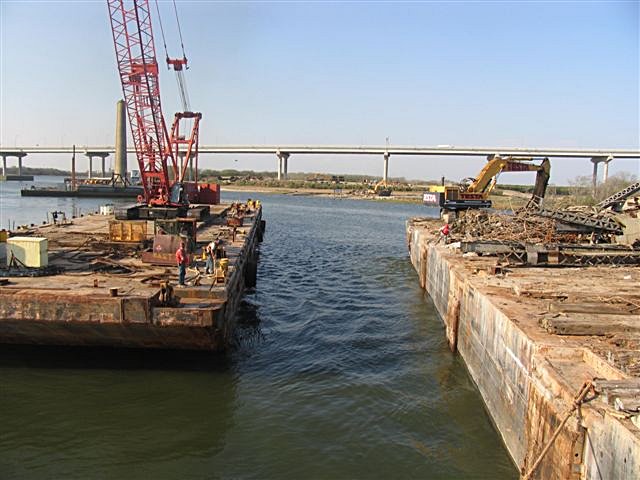 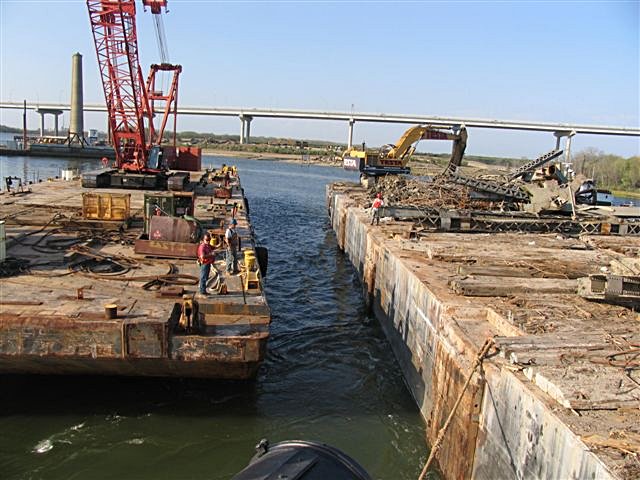 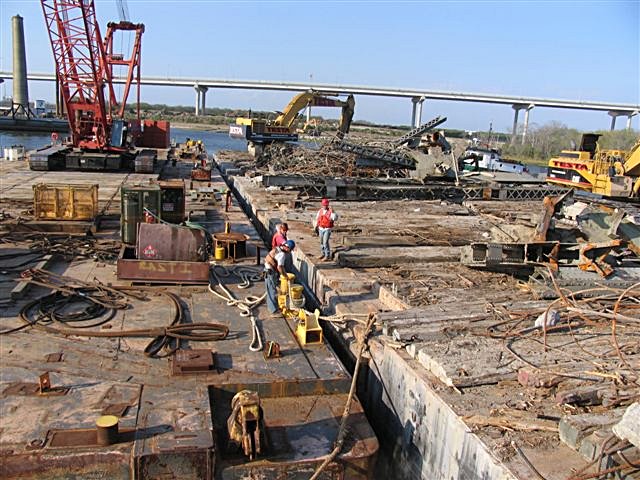 T3 being prepared for imploding the substructure. Mickey's team (Silas and Brett) have been drilling 45' vertical holes for the explosive charges. 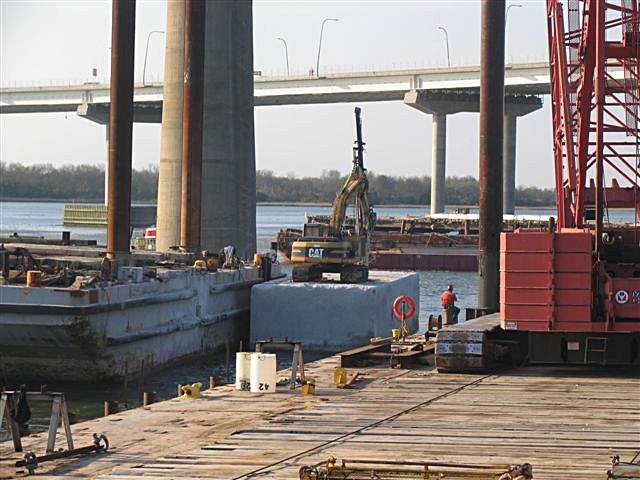 and a closer view at Michael's work - a clean surface for Silas and Brett. Mickey's team should complete the drilling today - so perhaps later this week when all the Grace debris is gone, T-3, also known as Tenacity of Purpose, will similarly disappear. 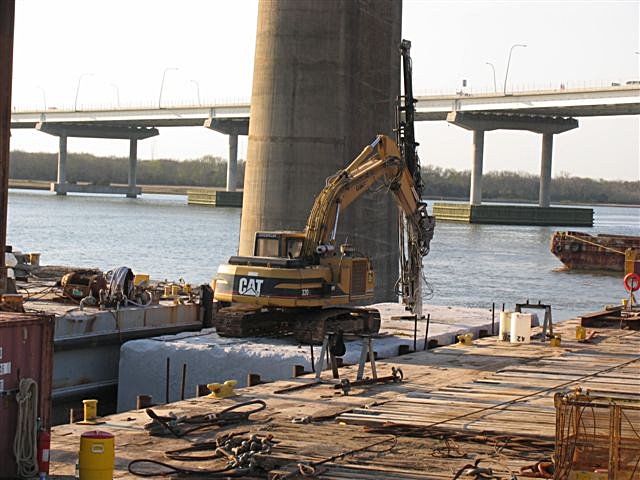