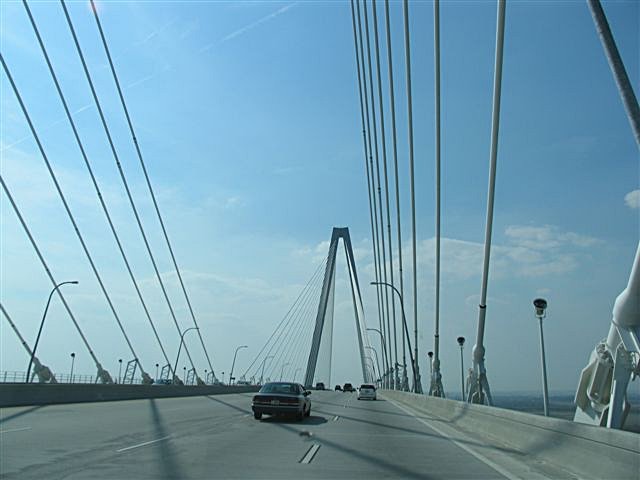 The worksite from the Ravenel 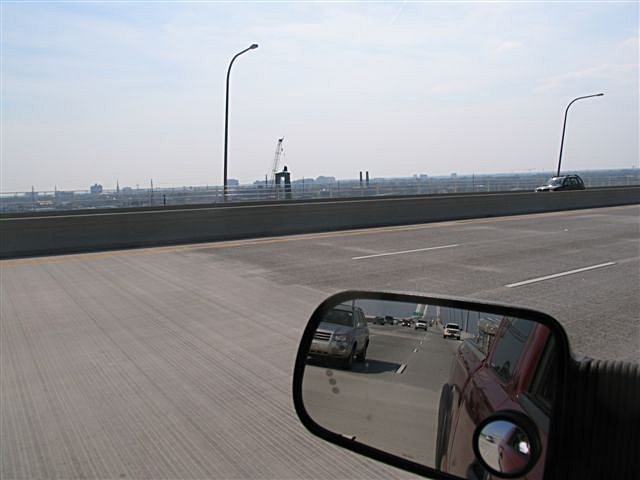 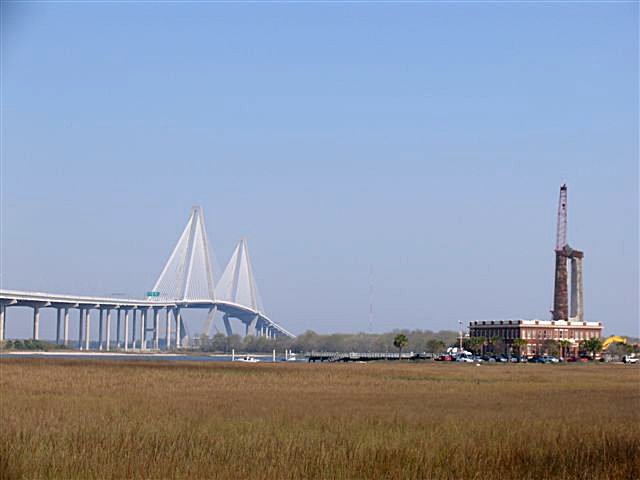 The worksite from the Port 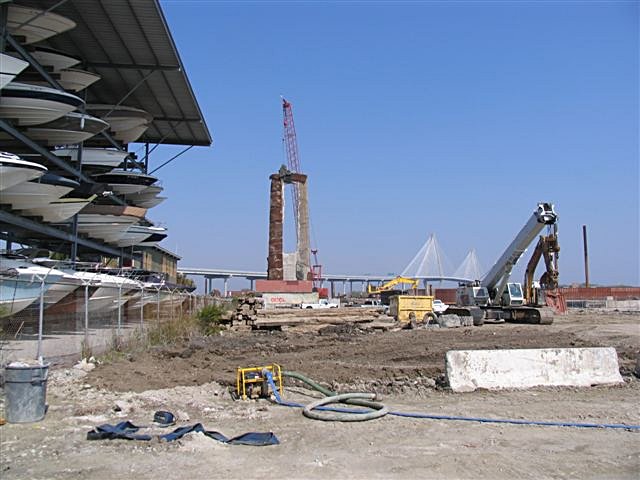 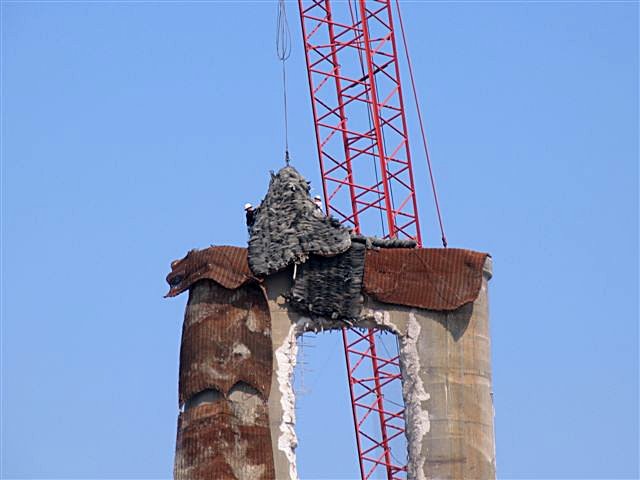 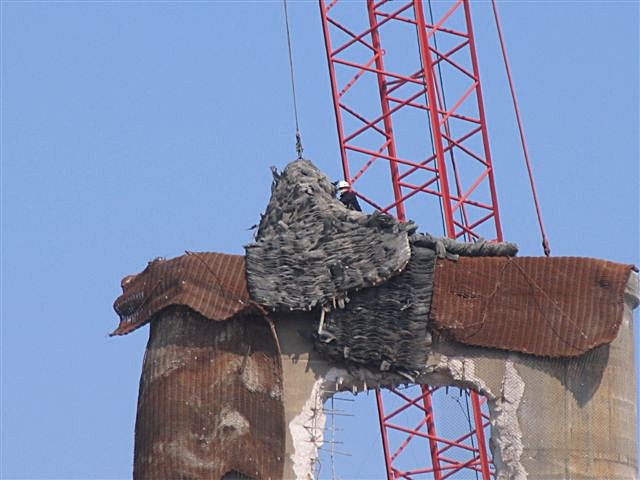 and a view of the blankets at the pier base 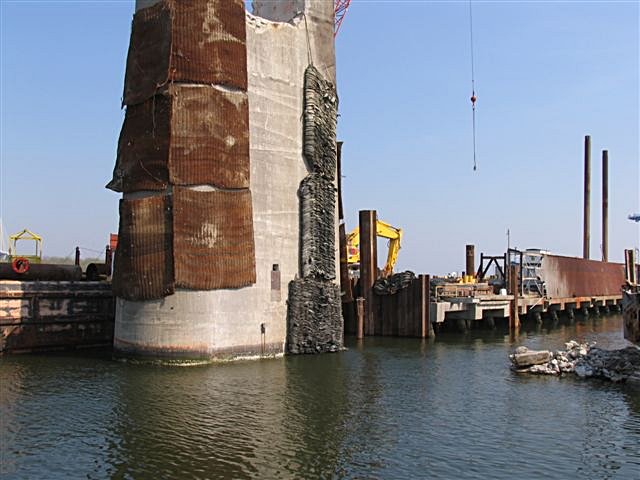 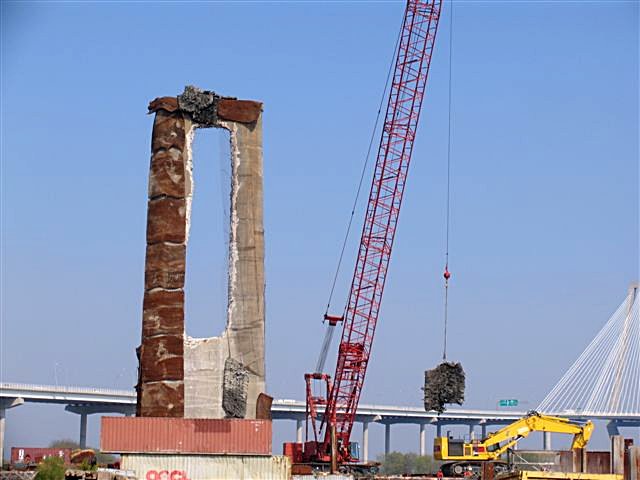 Sparky's setup and Manny in the background finishing the blanket placement 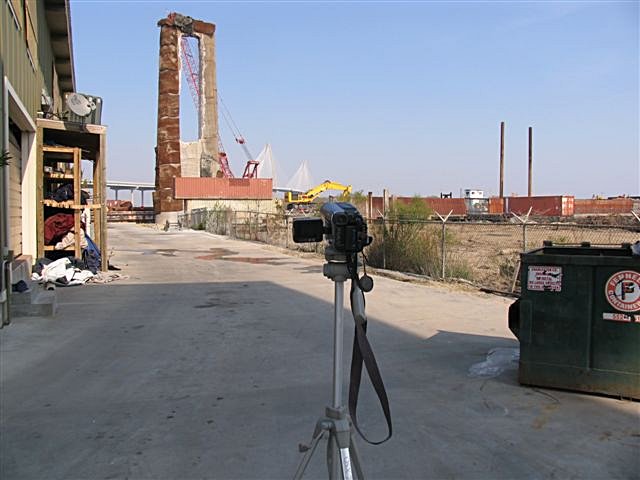 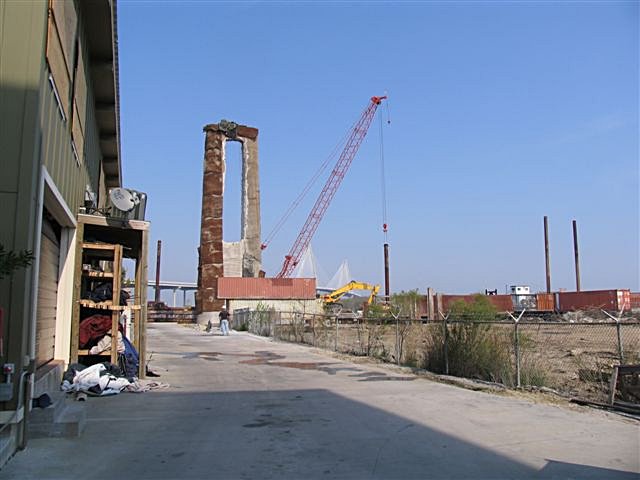 a closer view of Manny lifting the spud 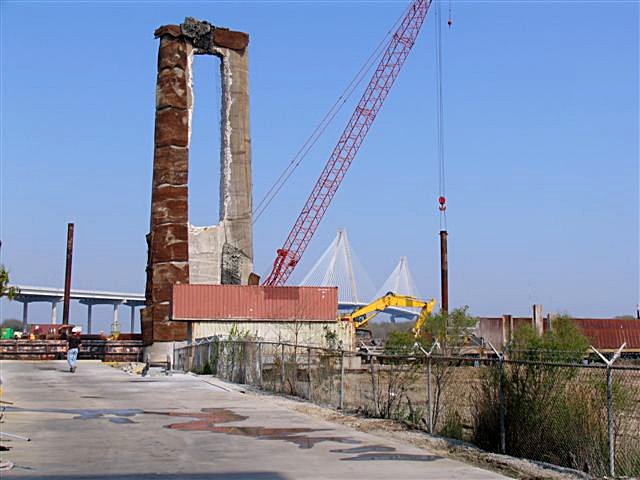 and repositioning his barge 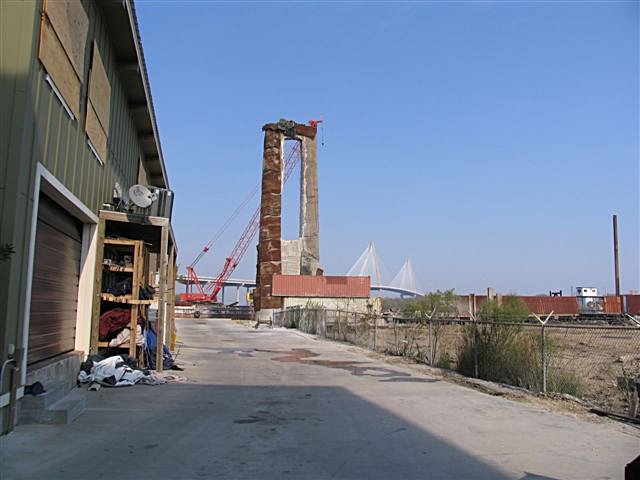 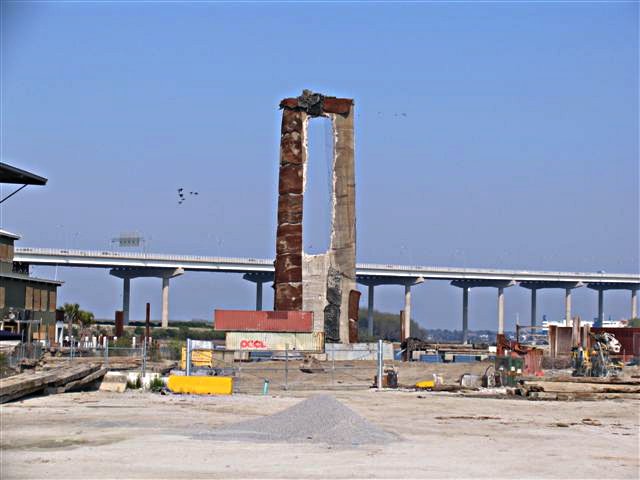 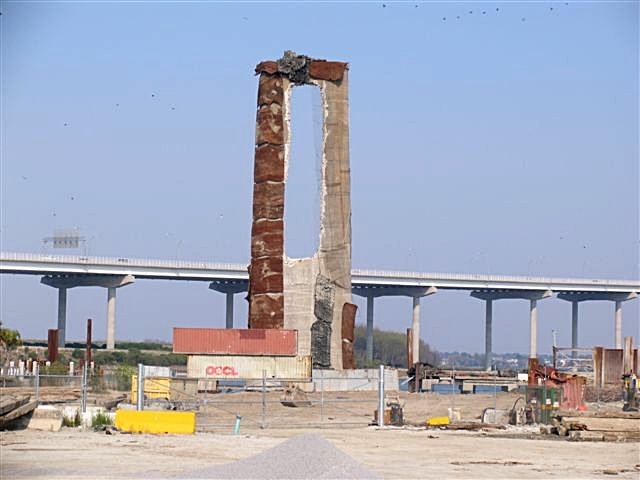 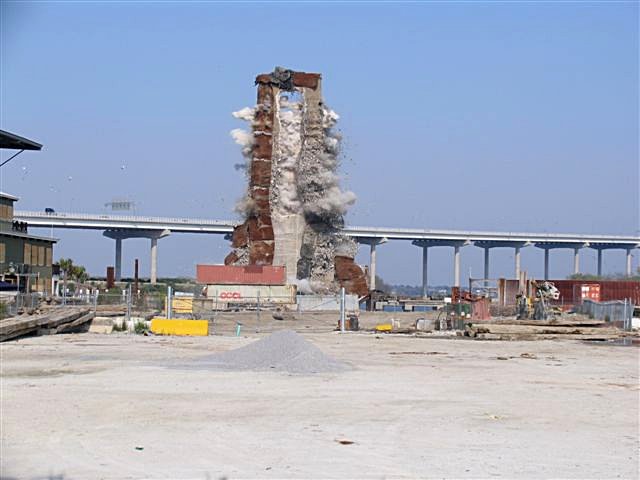 and crumble. Much more impressive than shock and awe 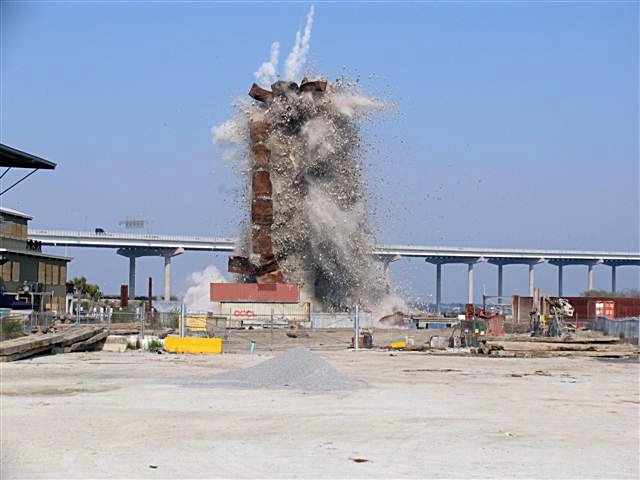 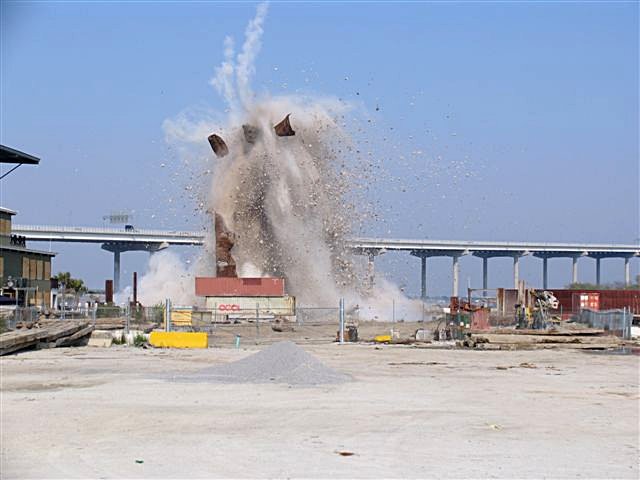 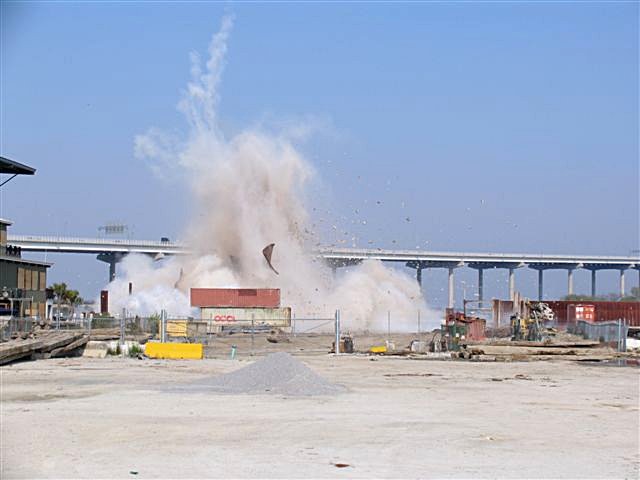 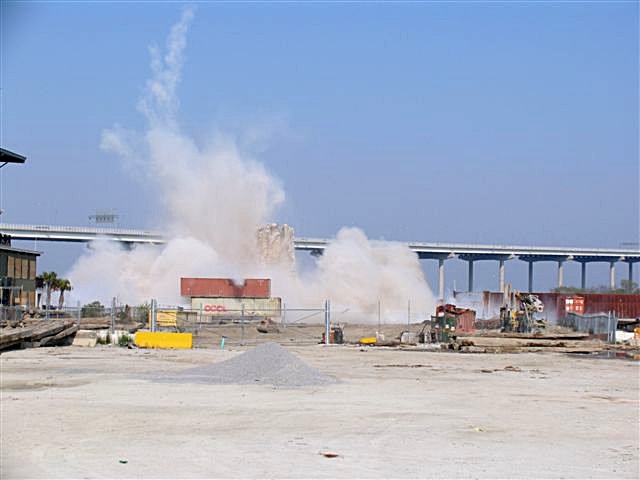 and only the stub of the tooth remains - another Manny job 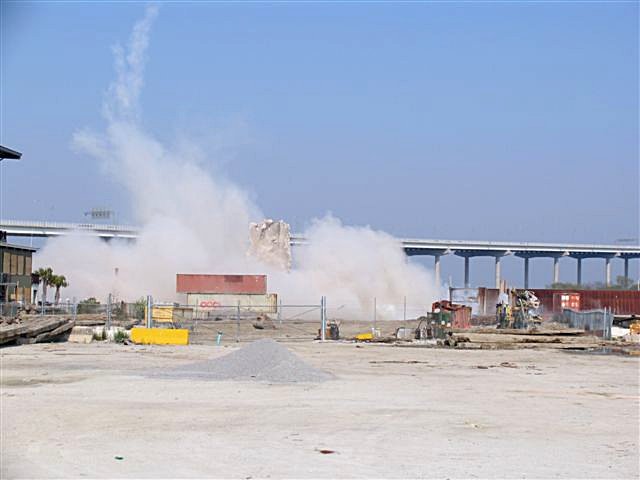 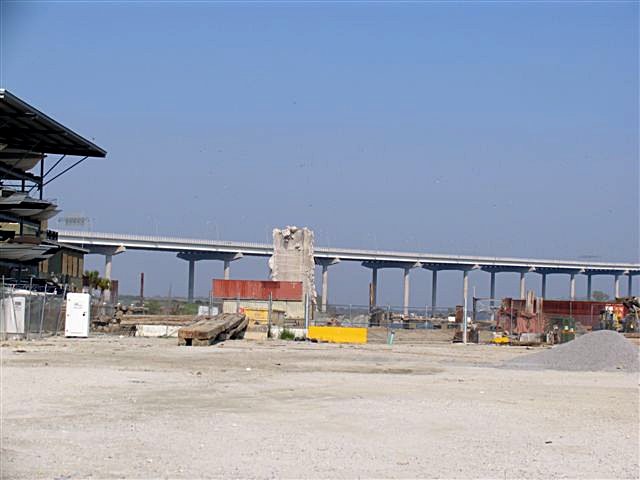 and after the blast and smoke cleared 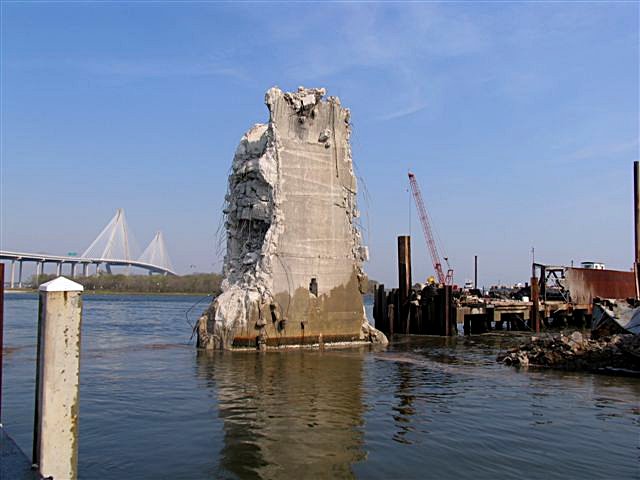