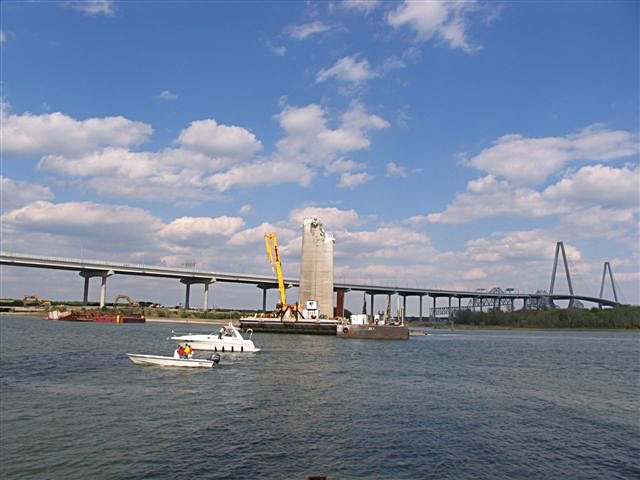 Looking closer, you'll see red marks along the edge of the support. These are 10 feet apart and represent a tenacity meter. Michael (and probably Steve Testa) can measure the intensity of purpose required to bring down the solid columns on either side and the hollow interior. But there is a problem. Can you imagine Michael, even in his tilted cab, looking up 130 feet in order ot surgically place his hammer and unbuild this Grace pier? Call it a headache? I'd say that to undo the bend in Mike's neck will require at least 2.5 weeks of intensive therpy - probably with Joshua, Samatha and Stephanie - with Tina as the cheer leader. 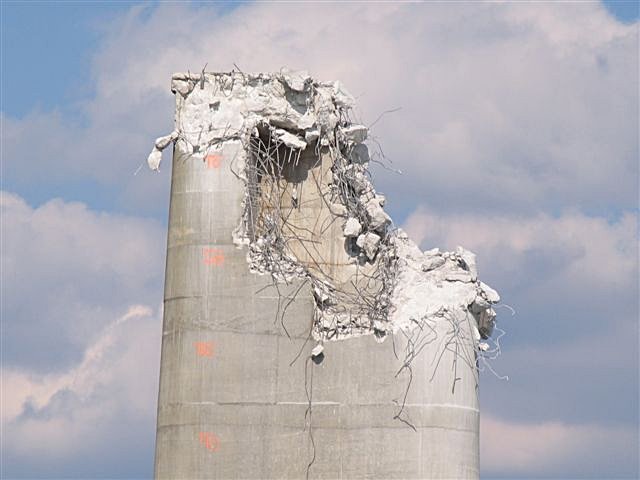 Meanwhile on the Mt Pleasant side a story of legacies: - Here is the worksite: Cousin Arthur watching the unbuilding of Grace and the Pearman 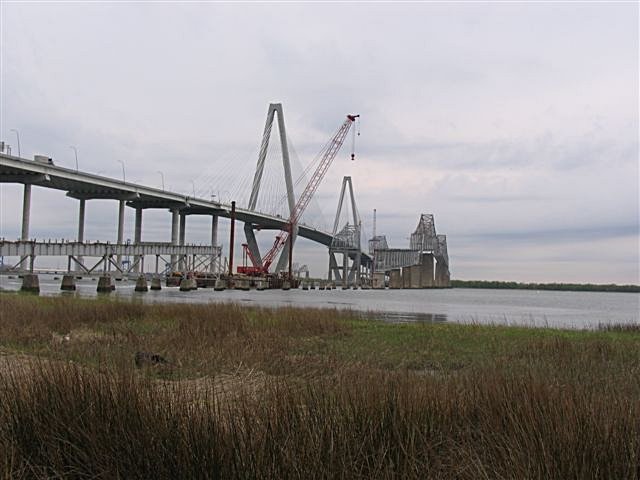 A section of the Grace support 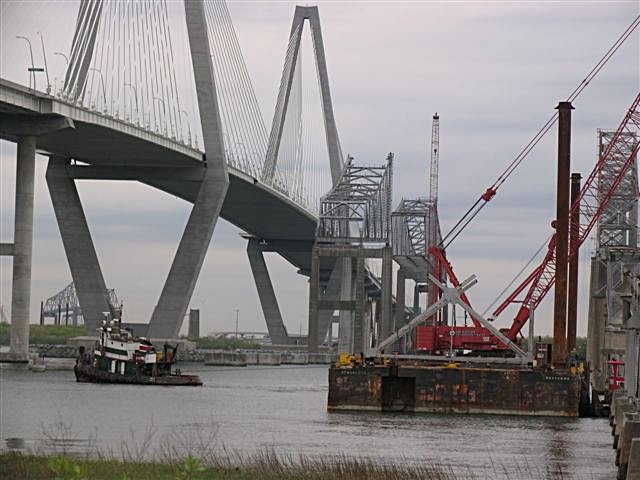 Pio's legacy - how much sidewalk does Joe Duffy think Pio and his team made? 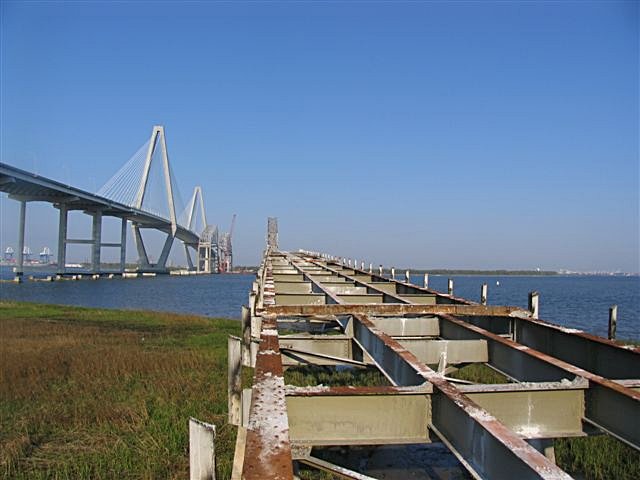 Manny's legacy - look at all the missing supports 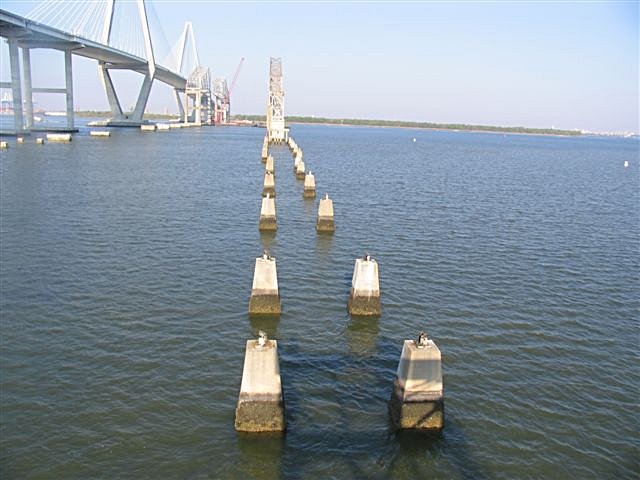 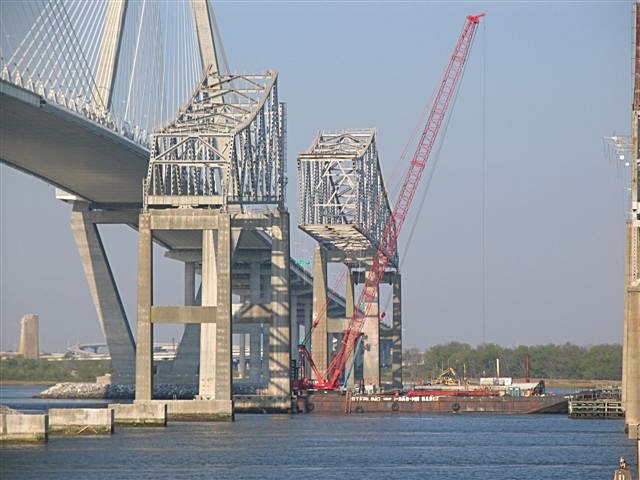 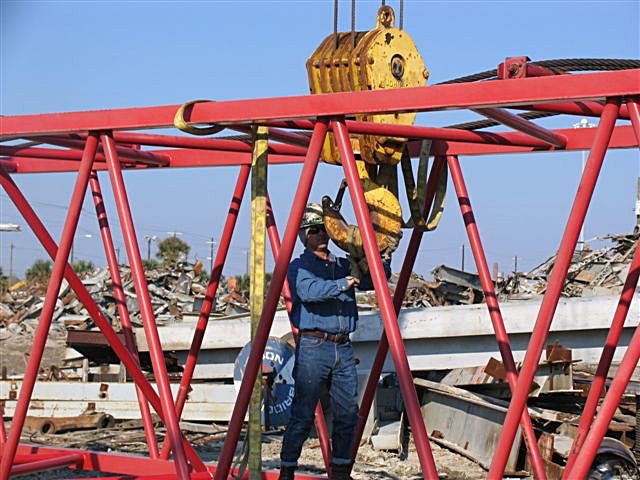 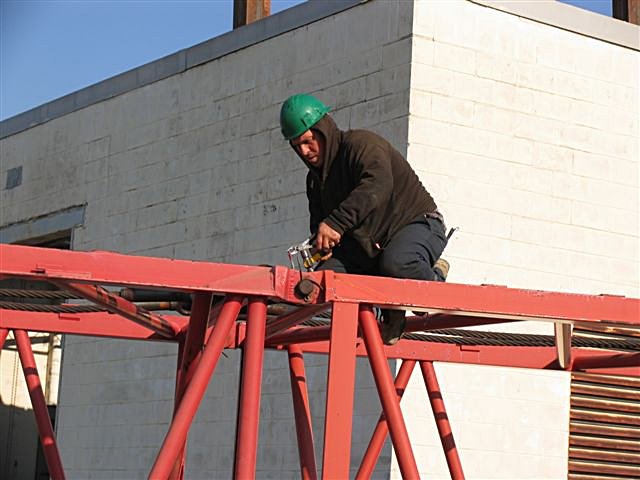 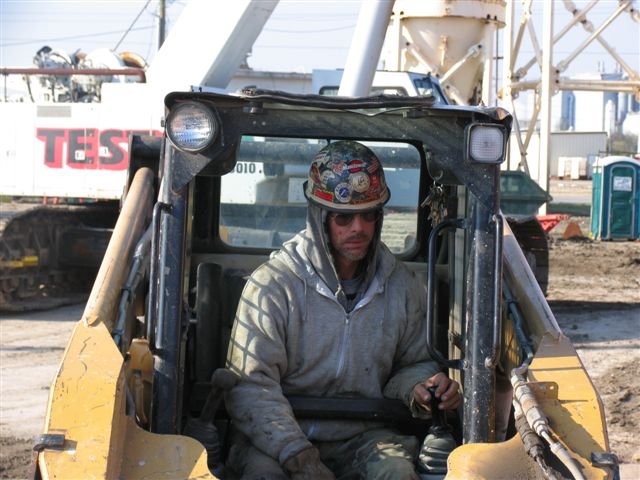 Sparky at his best - this time, inside the crane's boom 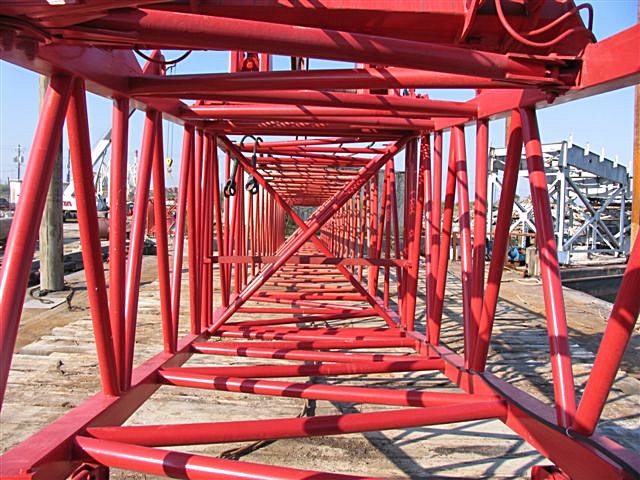 The section to be replaced 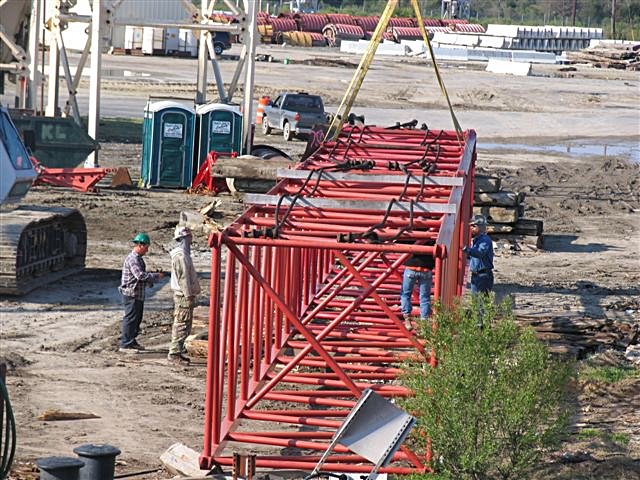 with a bit of encouragement, of course 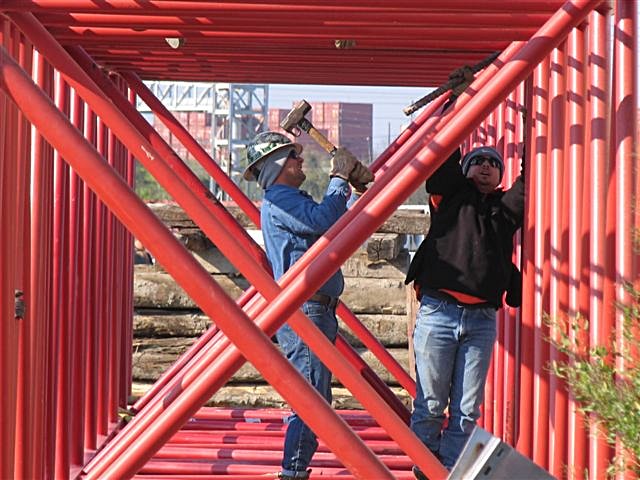 Separation of the sections 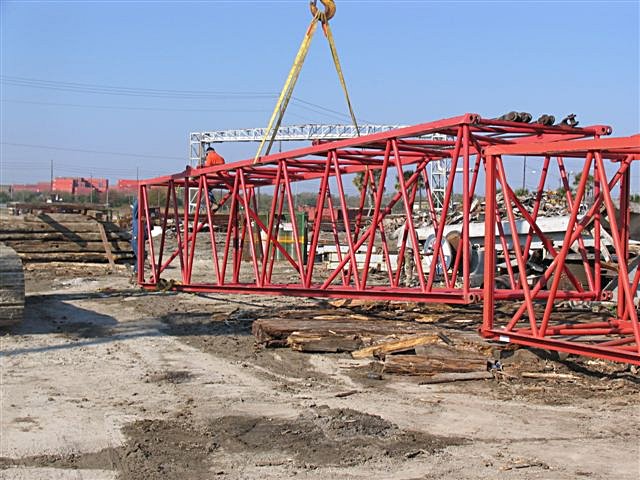 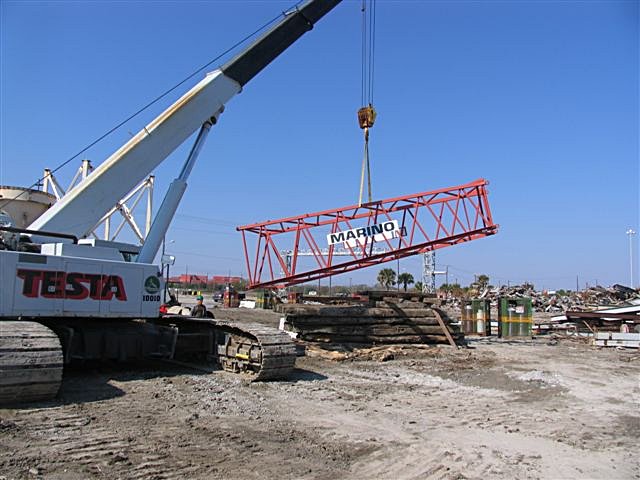 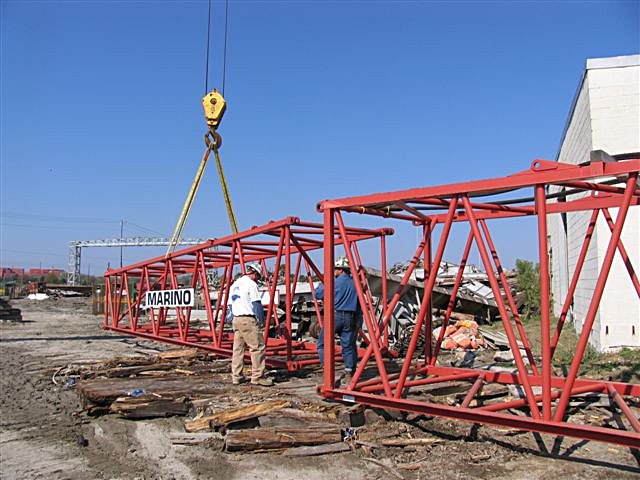 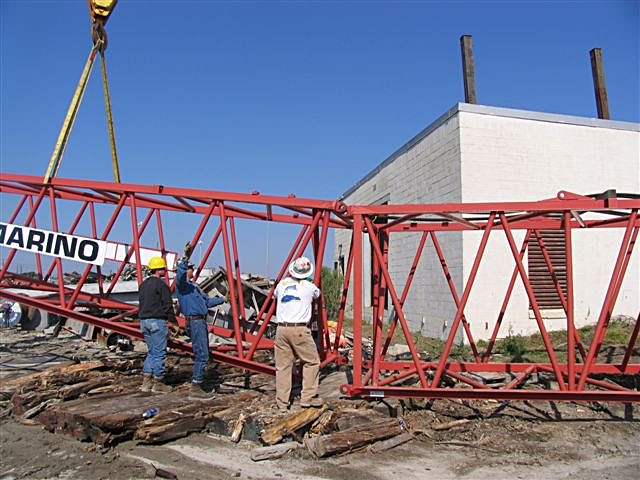 Almost aligned to the encouragement position 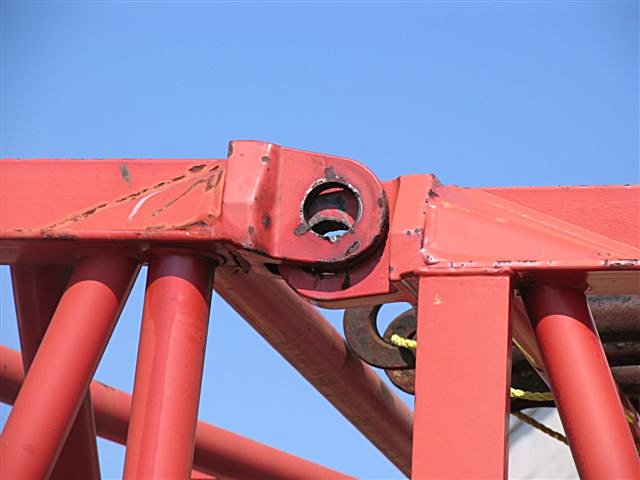 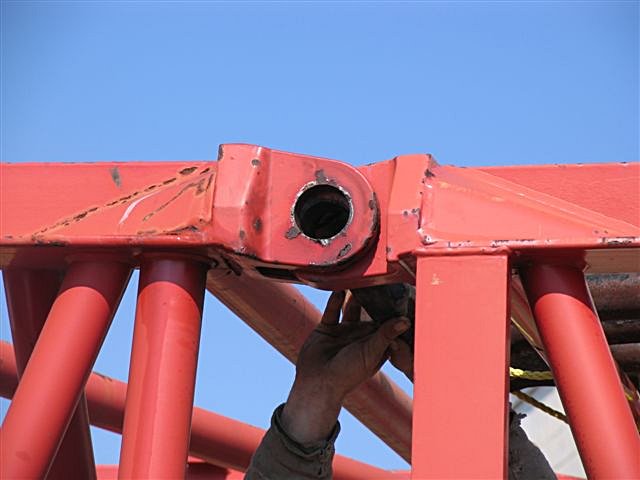 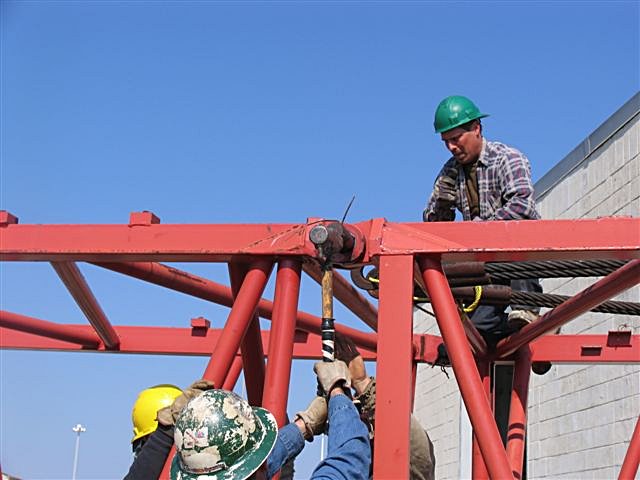 Then encouraging the bottom pin 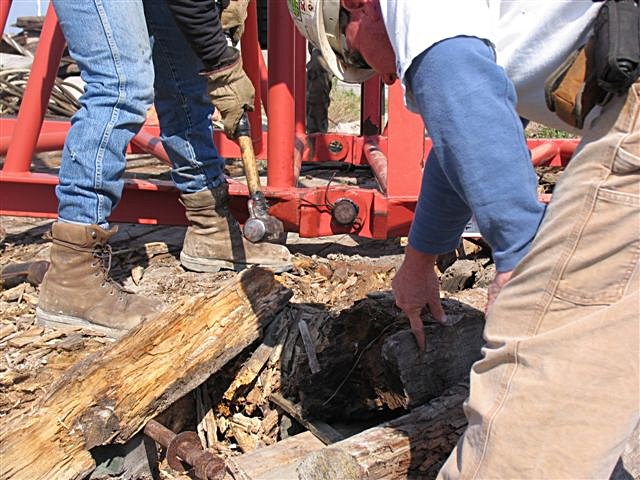 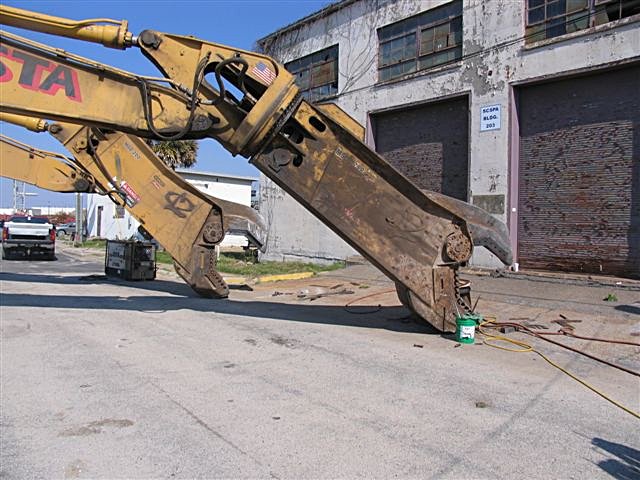 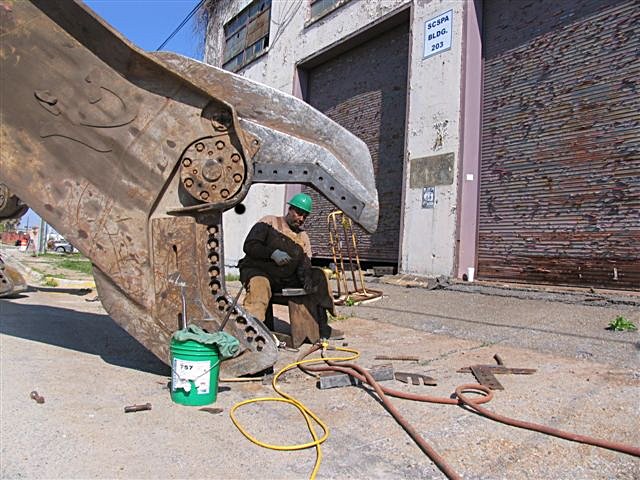 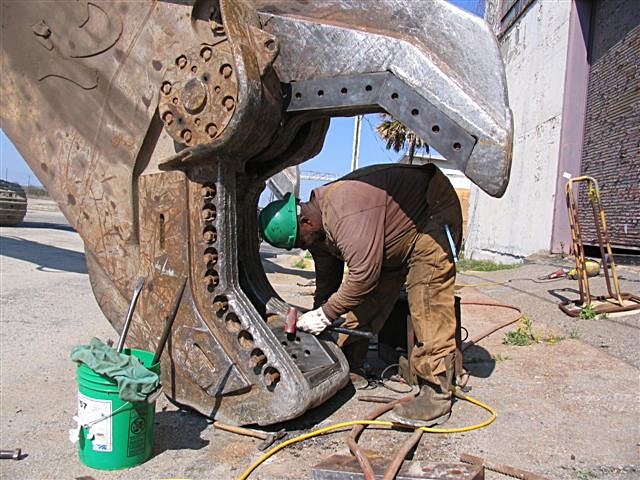 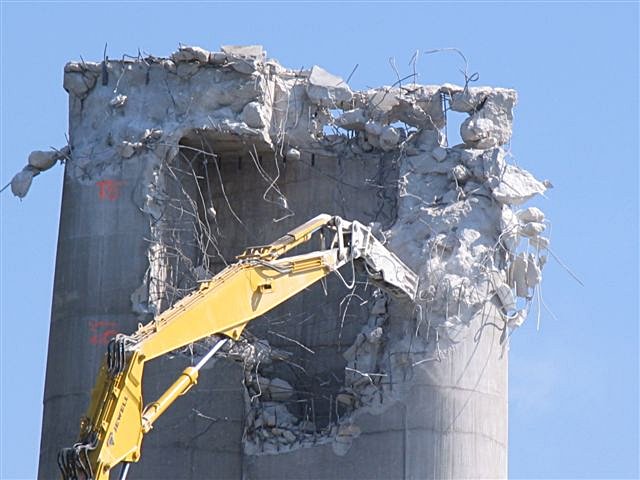 Note the position of Michael's cab just to the right of the middle spud. Even at this angle - a bit of neck action is required. What he needs is one of those astronaut reclining seats so that he can immediately visualize that is happening at the top of the pier. Maybe even a zero G environment would help. Can you image a 12 hour shift of looking 130 ft. up without getting a stiff neck. Time to get NASA involved in our unbuilding project and send Michael to Bob McCabe's therapist 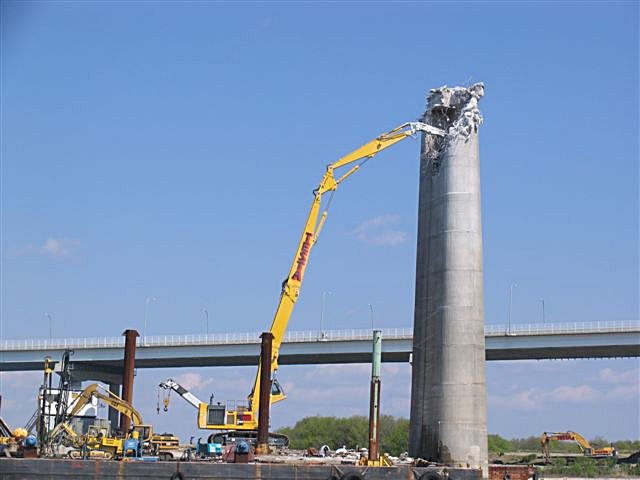