Sparky is the man - and even from Singapore, his grin keeps me going 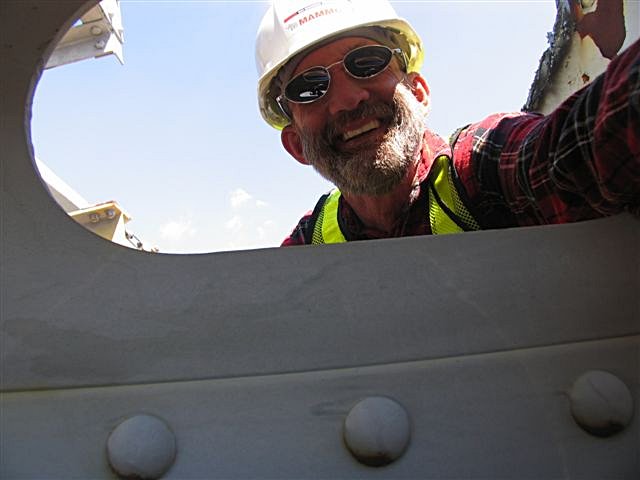 and as you probably have noticed - Sparky is an inside man - here, an inside view of a a box girder 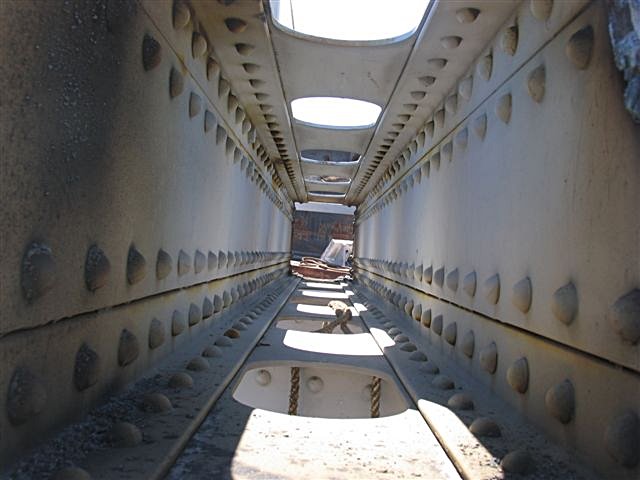 and an inside view of a ladder 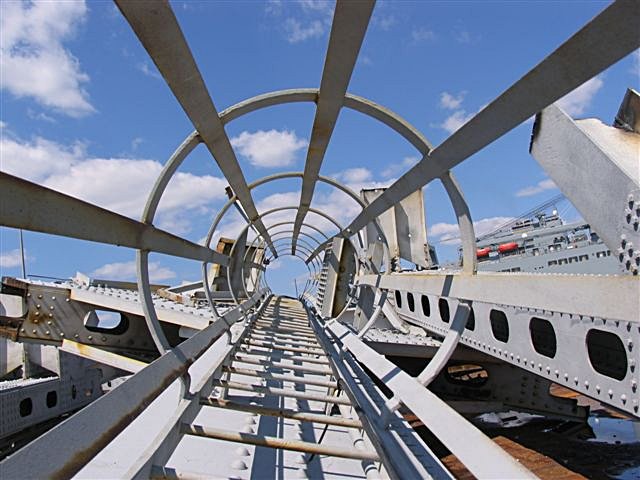 Tools of the trade - a crane for lifting (recently repaired) 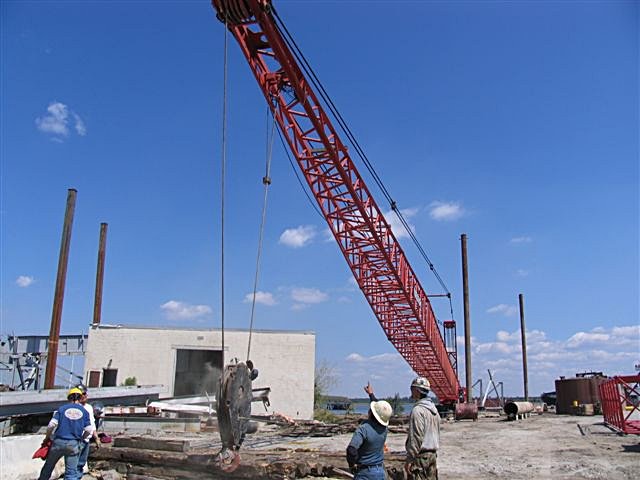 A barge for the reef transplantation process. This particular barge opens from the bottom so that the residual bridge debris drops out of the bottom instead of being dropped over the side 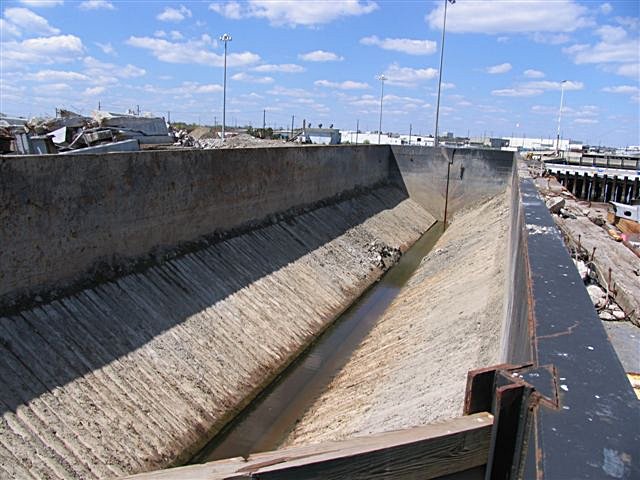 Post processing continues at the Navy Yard - Pearman bones but not without wear and tear. Here, shears with dull blades don't shear very effectively - and Jerome restores the shearing potential of these giant sissors. 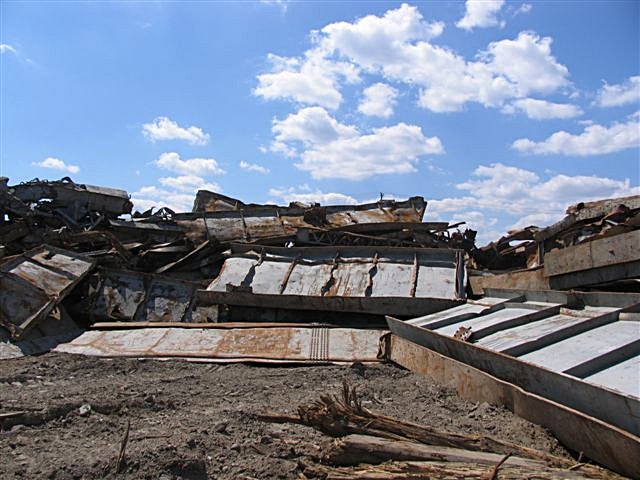 One of the cutting surfaces 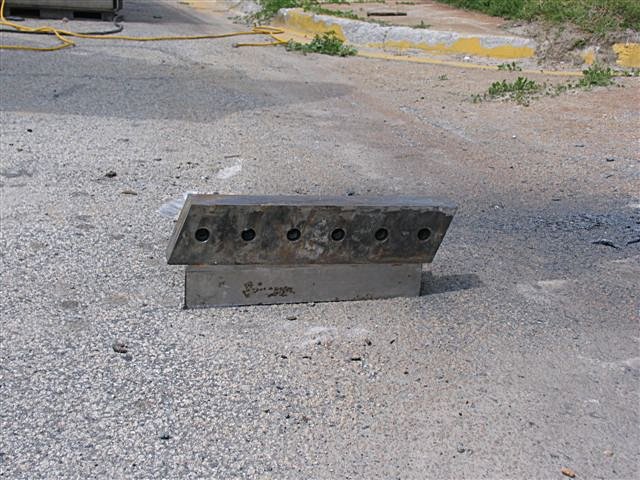 and of course, Jaws and Jerome's repair shop 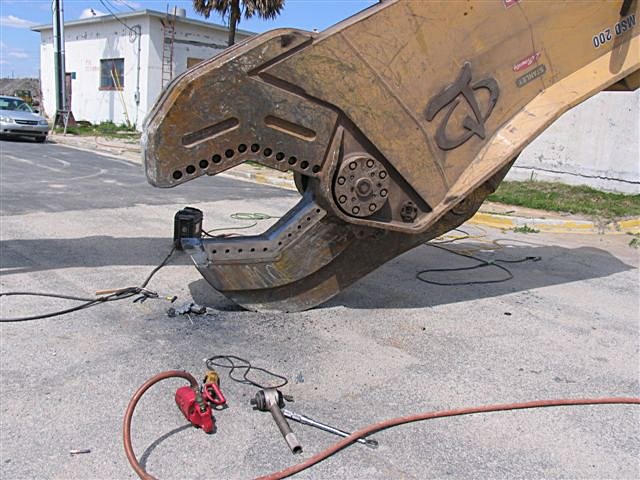