Today was a new composition for Cashman-Testa and continuo - realign one of the jackup barges's legs; transporting the Mammoet beams, preparing the Pearman for next week's blast and P-3, known now as Pain-in-the-Neck

Here is the dock worksite, one of the jackup barges legs 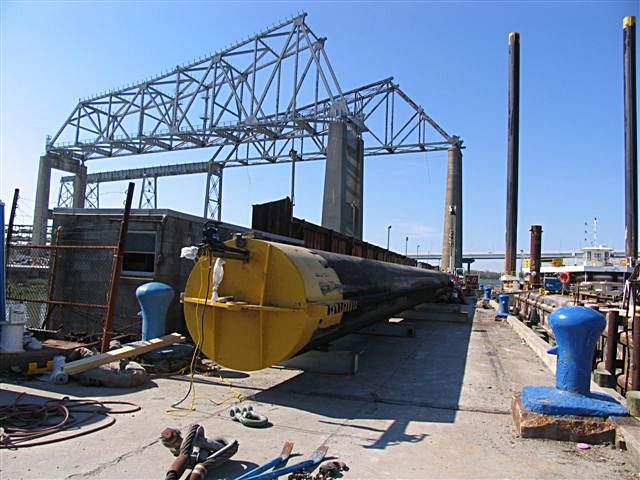 and transporting the top Mammoet beams 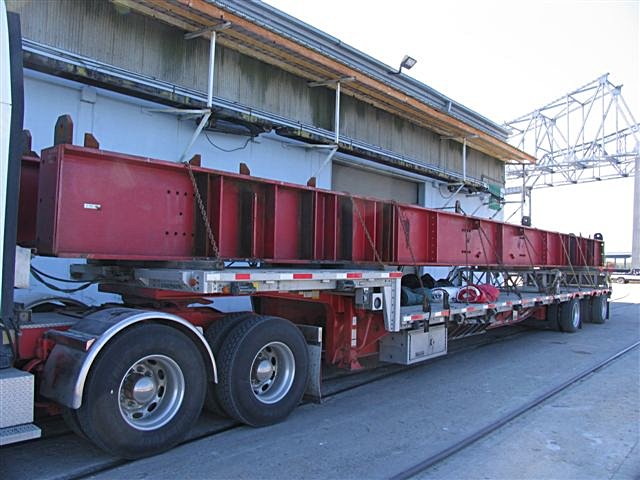 Sometimes things become misaligned and in this case, one of the jackup barge's legs needed a chiopractic adjustment. So a new section of tubing was welded into place and a rack added to each side. So the learning link for today is Rack and Pinion gearing - otherwise known as translating rotary motion into linear motion 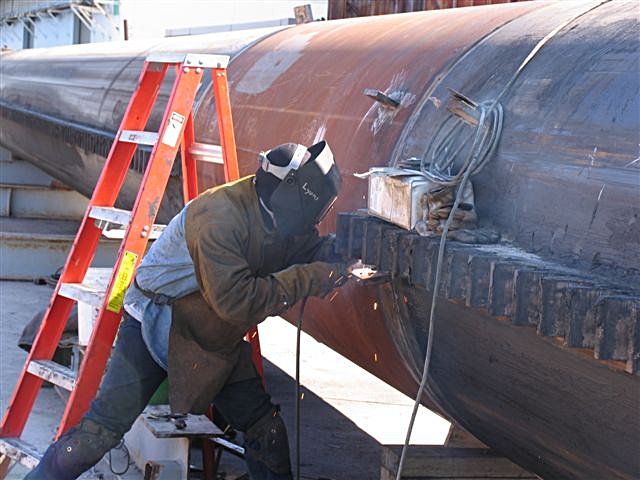 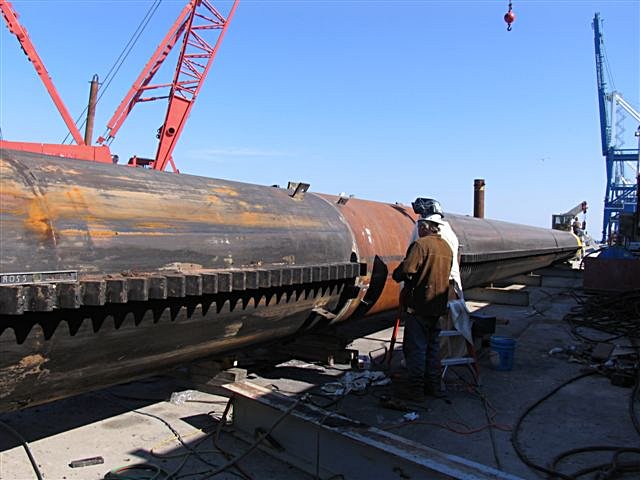 The pinion that will be attached to the newly realigned tube 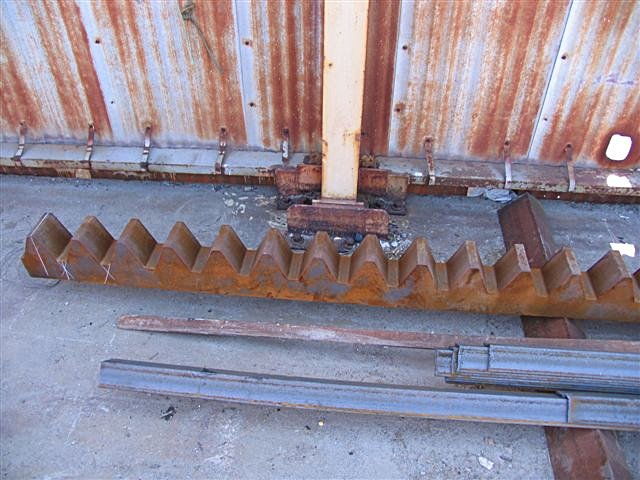 Here is the expert, Joe Perrier, who related that it took the several months to get the part from Germany, its place of manufacture 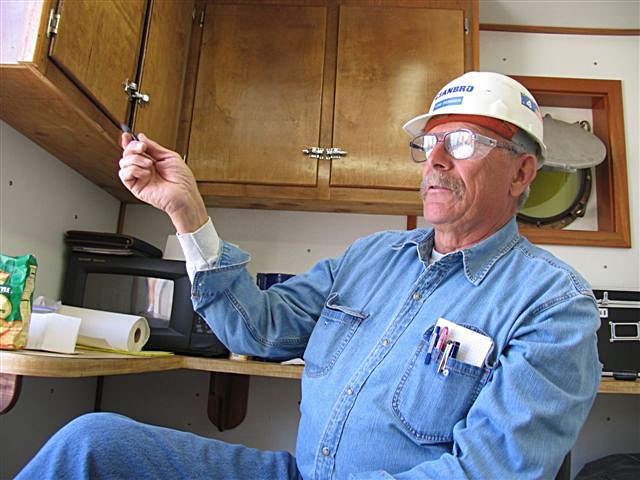 Sparky like looking inside things and here he is looking down the barrel that will hold the jackup leg. The pinions travel down the grooves on either side and on the right, you can see a tooth of the rack gear. 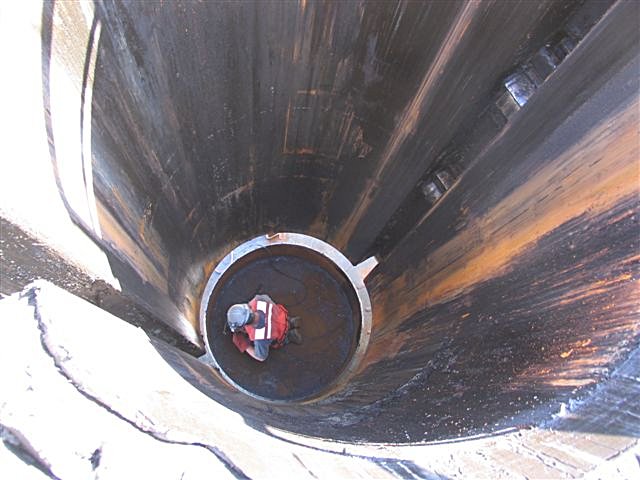 Another view of the jackup barge leg 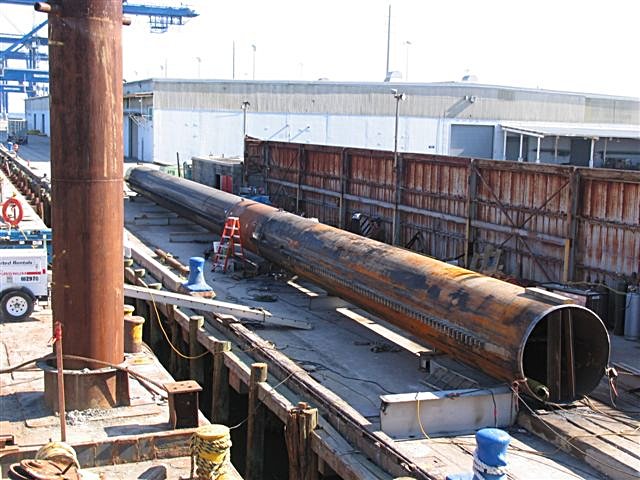 Meanwhile, out at the Pearman, prep work continues for next weeks blast 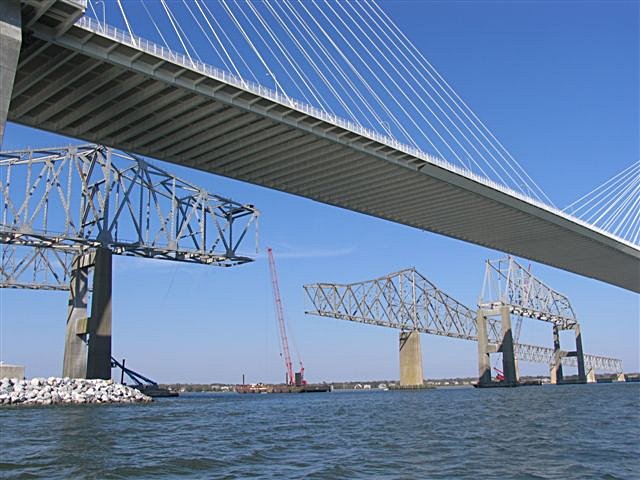 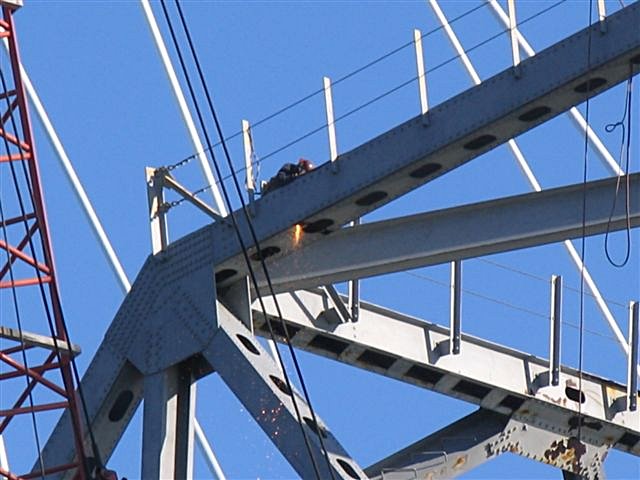 and in close quarters 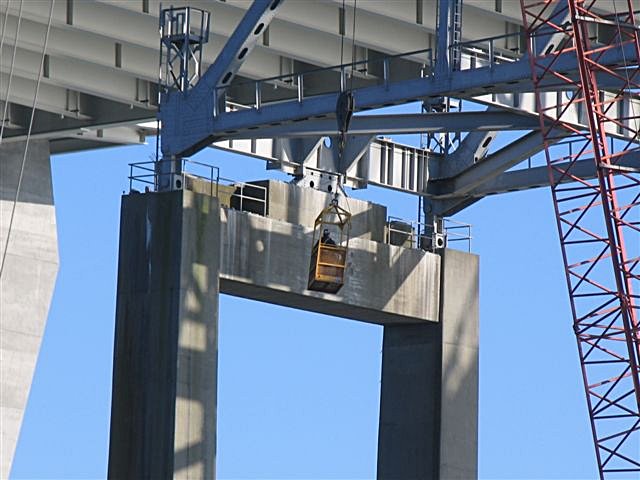 Meanwhile, Michael is working away on P-3 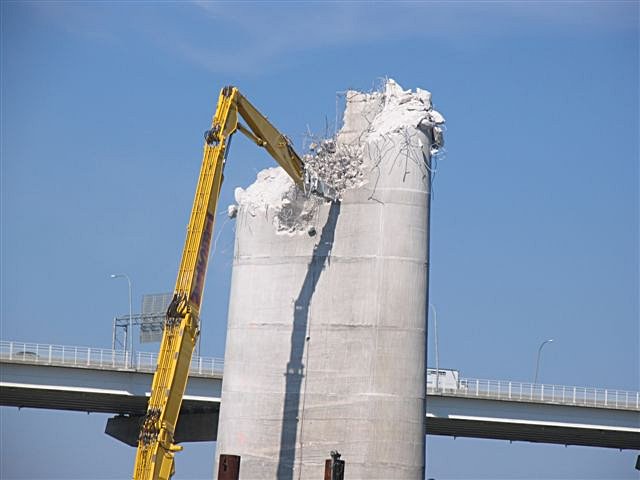 Naming T-3 as tenacity of purpose seems realistic. But because of the high reach required to bring Grace down, I call this Pain-in-the-Neck 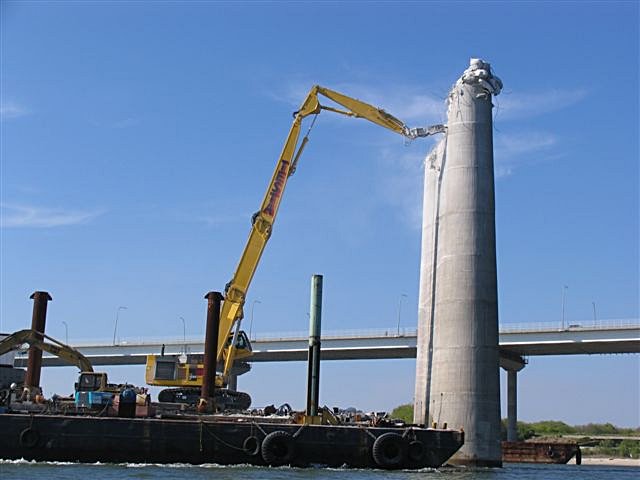 Look how much progress Michael has made - compare with the angle in the upper boom above with this one. 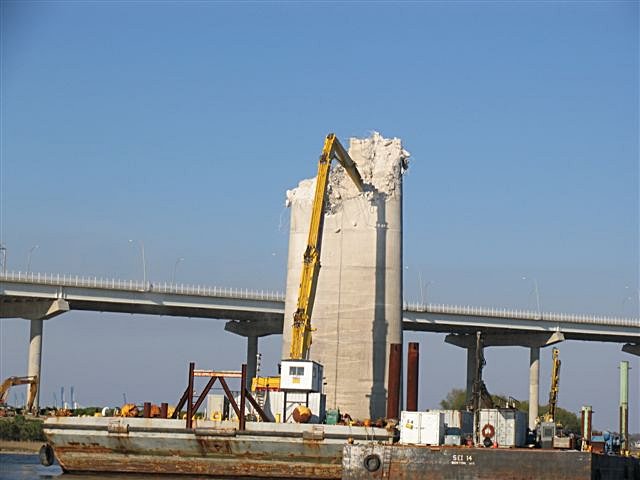 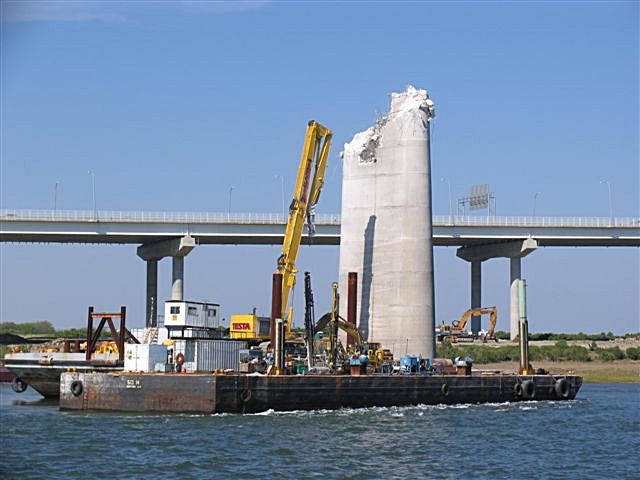