Its cleanup time at the Port of Charleston. Here is the cleanup-site 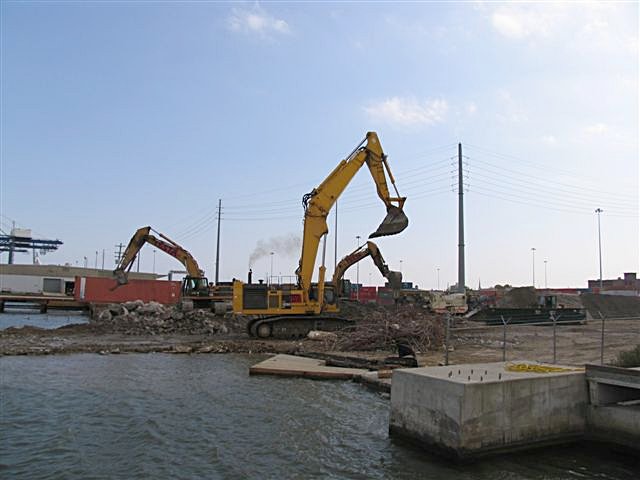 And look at the difference - Drum Island 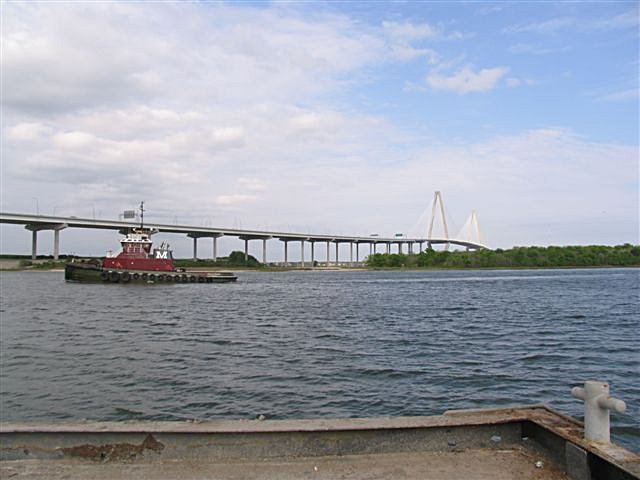 And the Port of Charleston 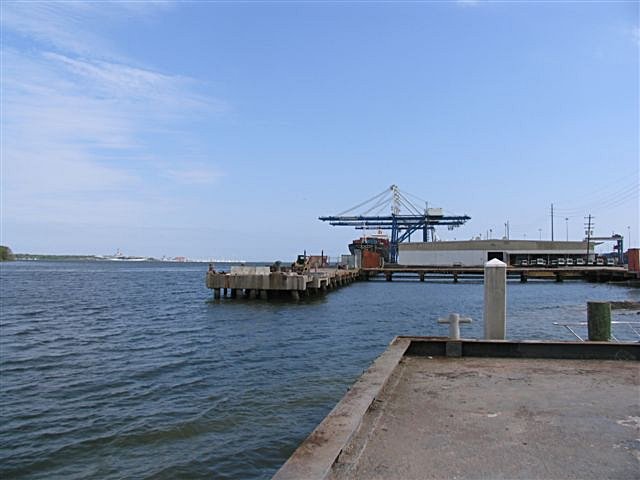 King of the mountain 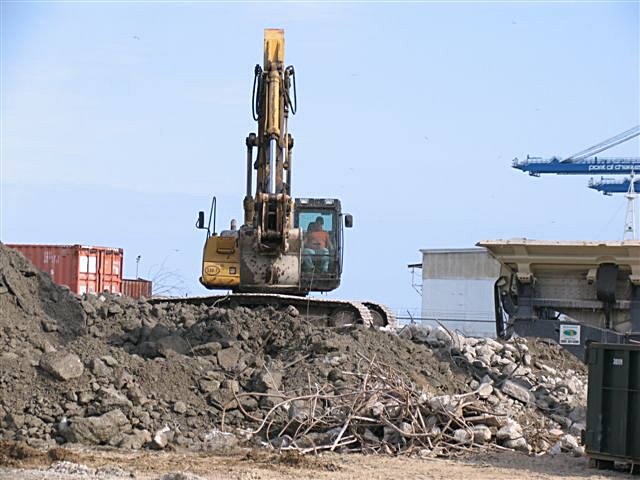 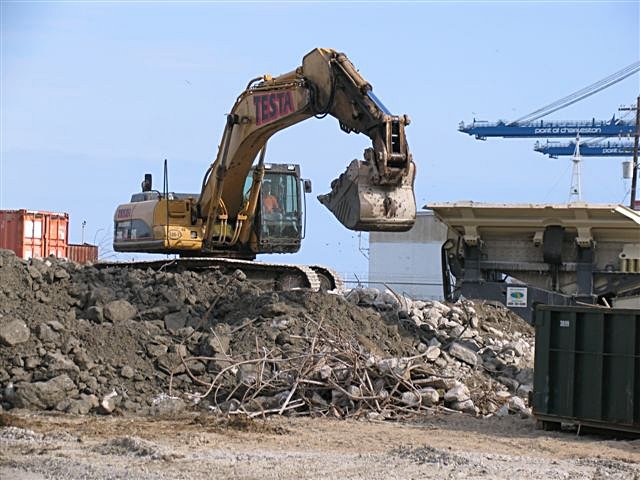 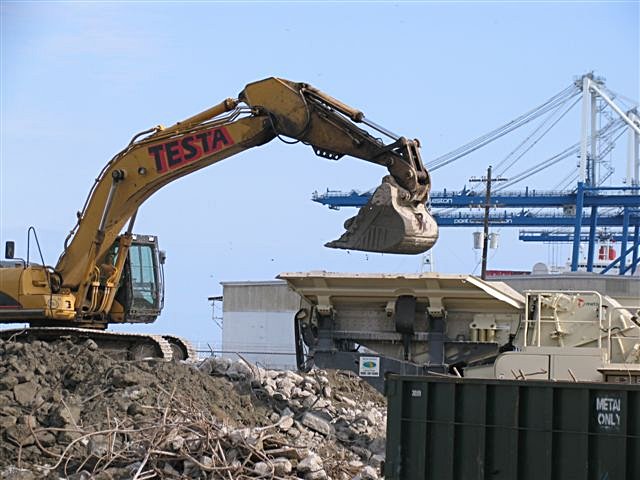 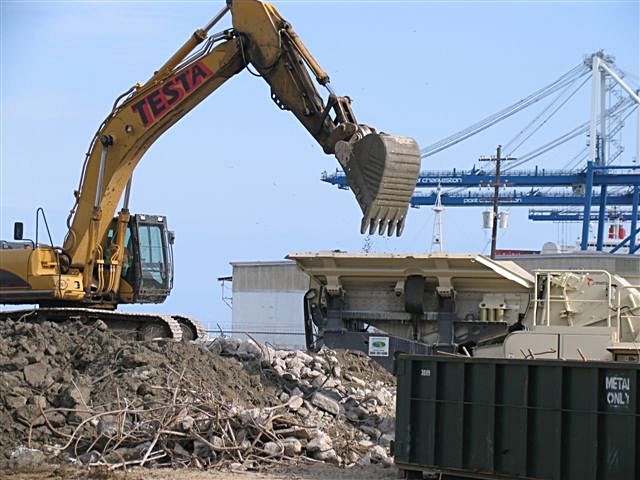 with Kevin and his front end loader on the receiving end of the debris post processor (a stone crusher?) 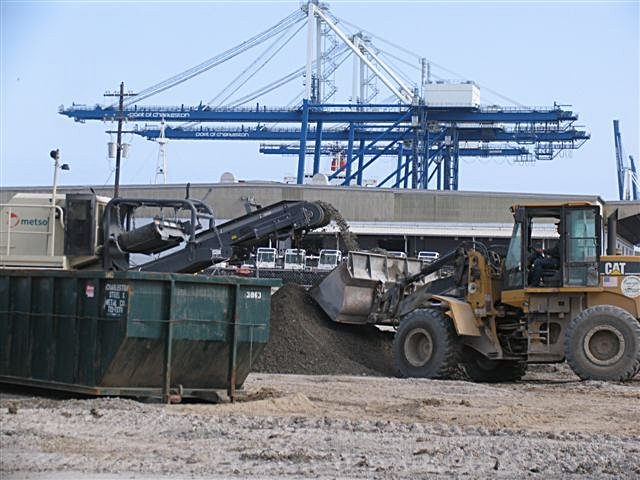 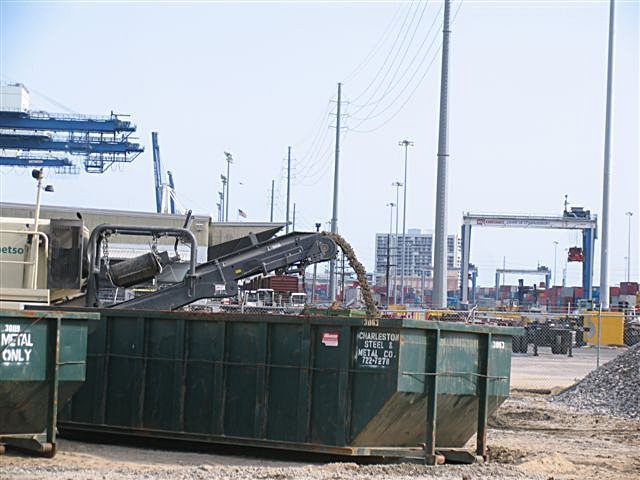 Watch Jim operating his giant tweesers attached to his 345 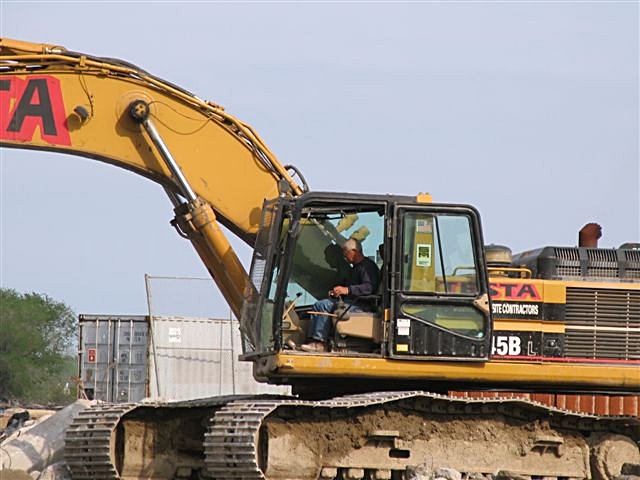 and Kevin and his front end loader walking up the hill 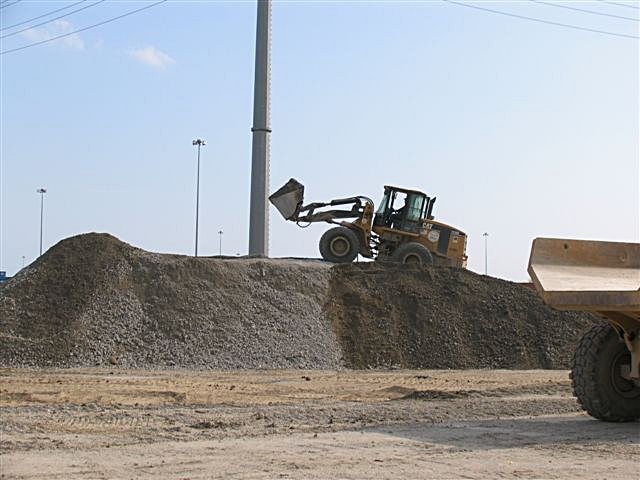 and getting a bite 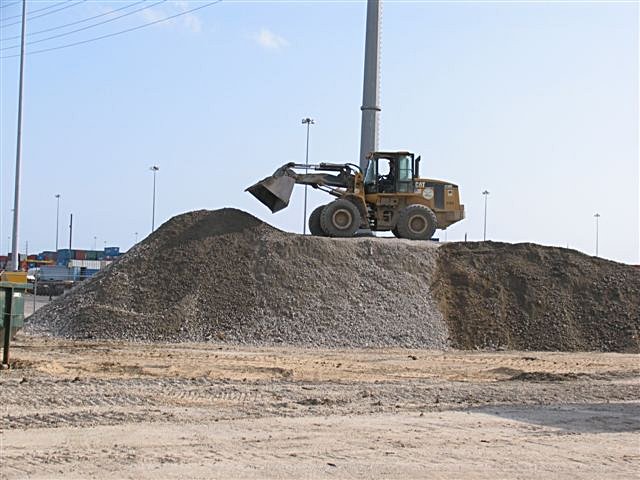 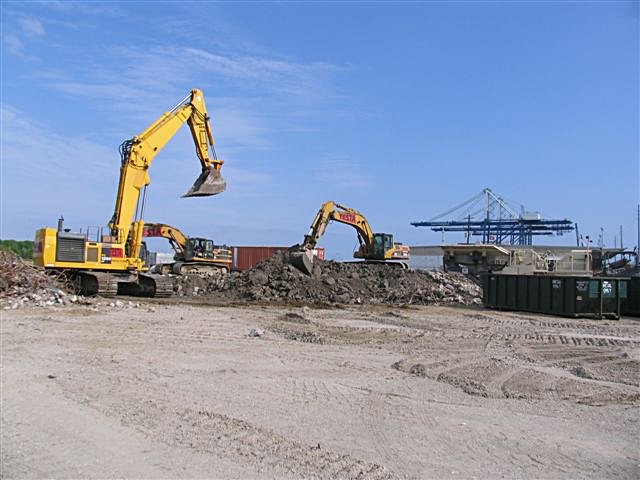 Looks like Jim concentrating on micro-managing his giant tweesers. 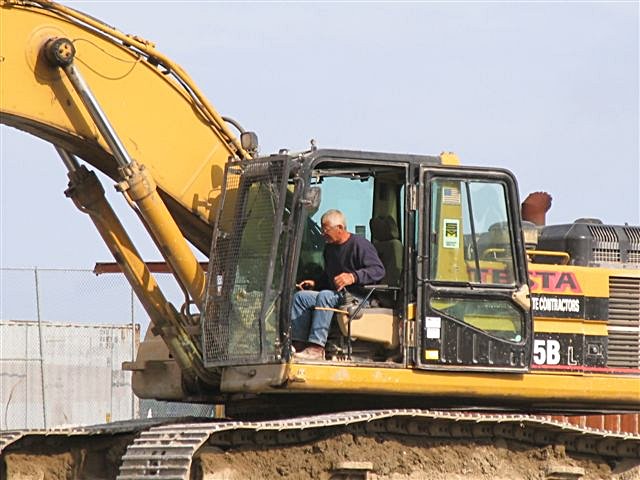 And Kevin doing the fetch and tote solo. 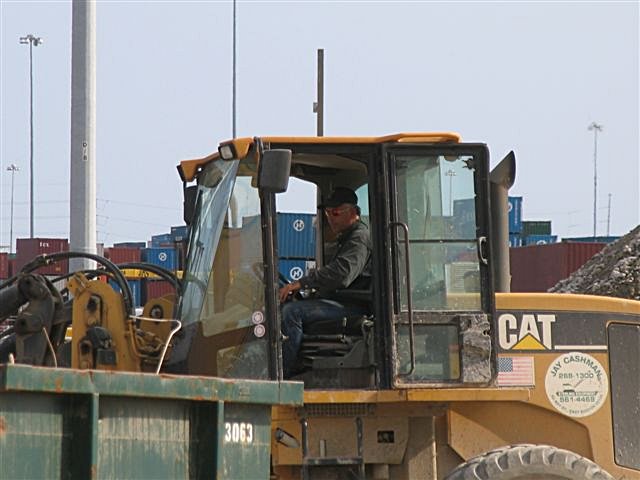 Russell with the 1250 that Michael broke in. Still looks as new as it did when it first arrived almost a year and a half ago. 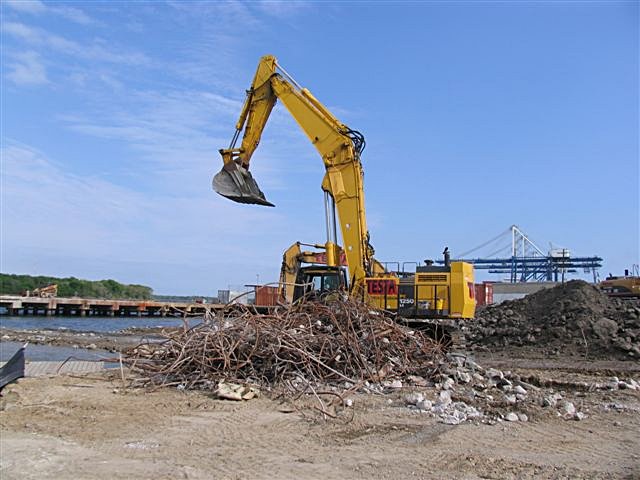 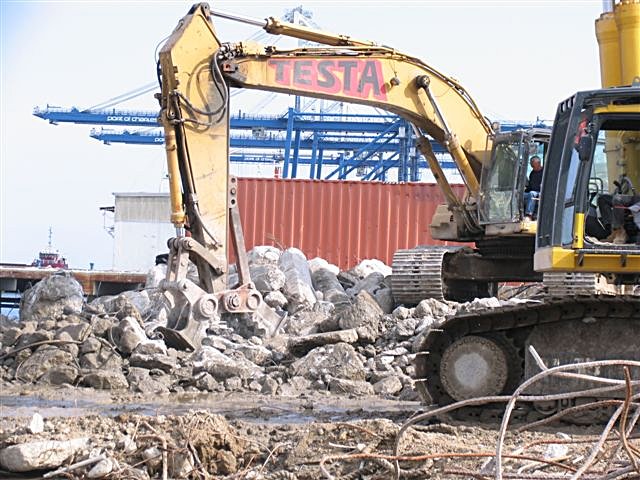 In the open configuration 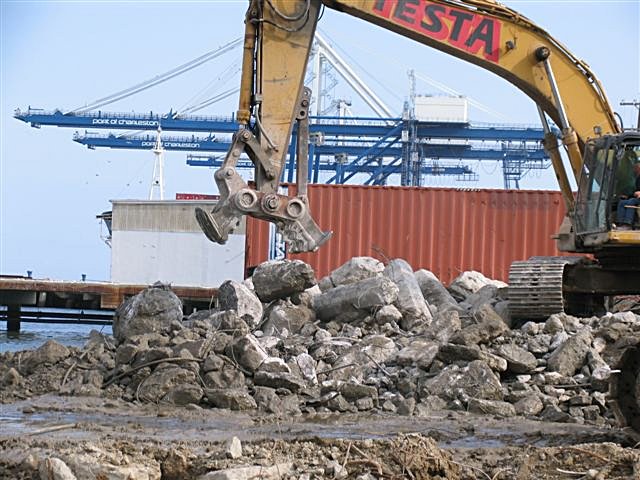 and in the holding position 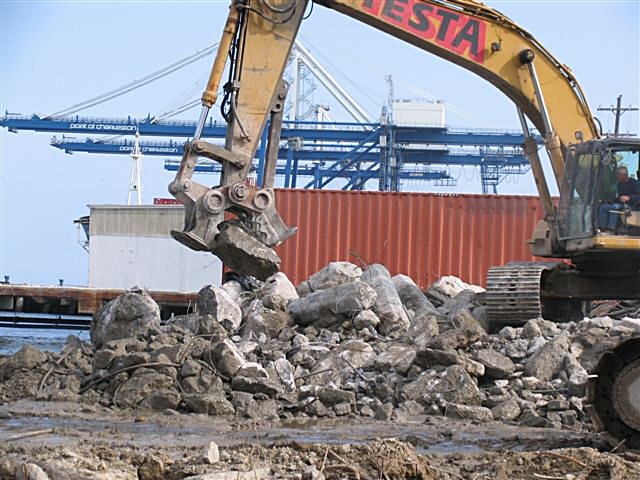 A duet for Tweesers and Grapple 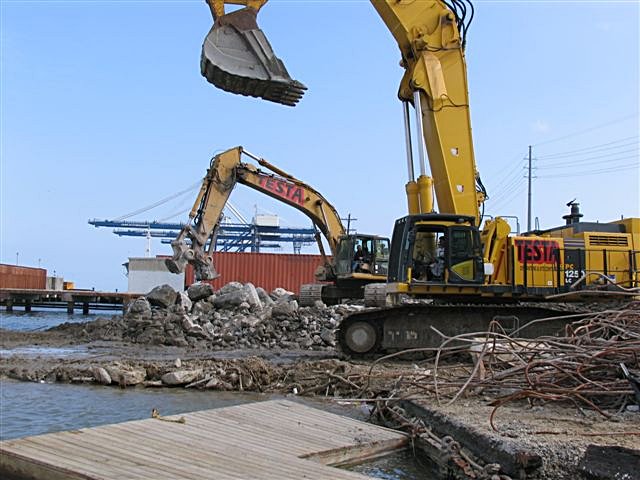 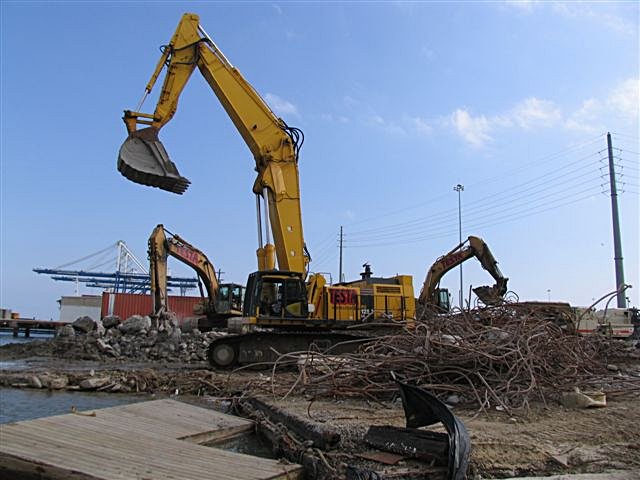 Another view of the trio 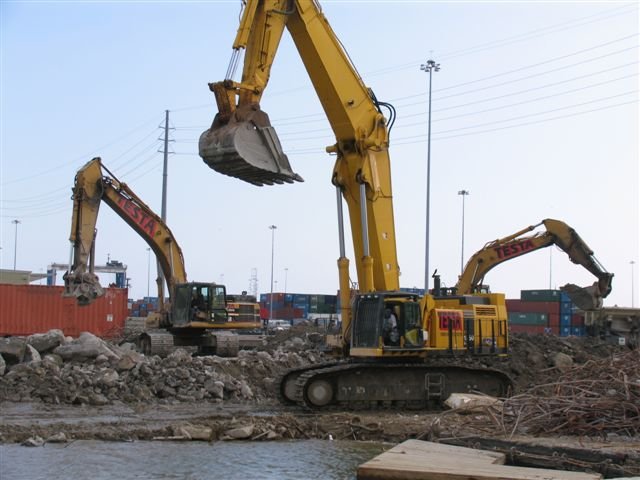 and on it goes