Guess what? There are two Sparkys - and Sparky 1 and introduced Sparky 2 to the joys of unbuilding. Today there are lots of things going on: the broken leg of the jackup barge has healed (I would like our orthopedic surgeons to note the strategy), recycling continues at the Navy yard and preparations for this week's blast are well under way.

Here is Sparky and Sparky 2 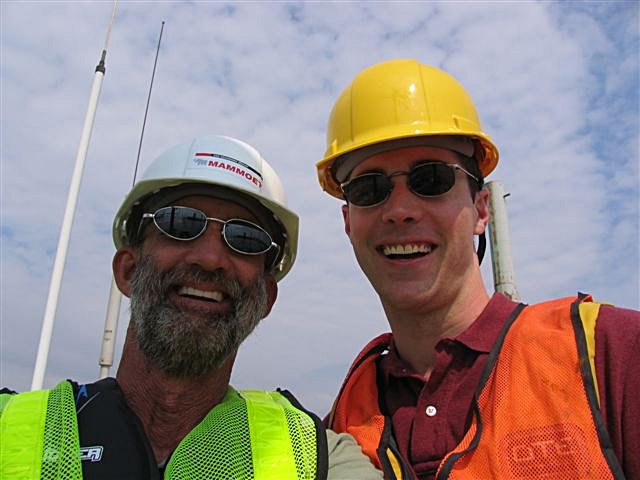 Remember way back when the last concrete section of the Grace on ramp in Mt Pleasant was removed about 2am (Richie, Jackie, Steve, Roy and myself) - now the girder understructure is gone. Soon Grace will be supportless 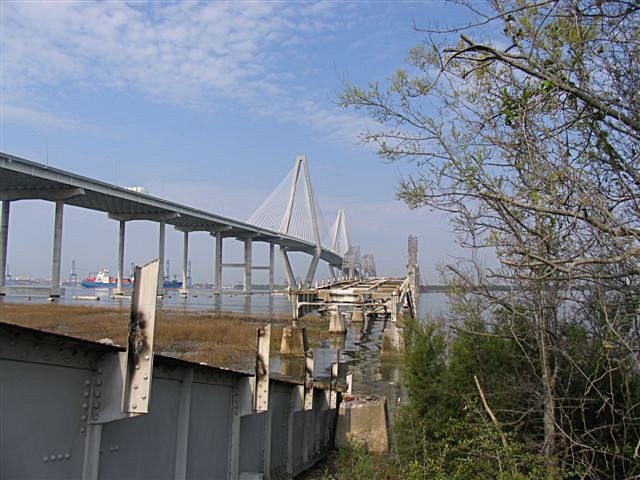 Back at the Port, look at the progress that Michael has made with his 1250 and unbuilding P-3. Hopefully a weekend at home with Tina and the kids will have recharged him. 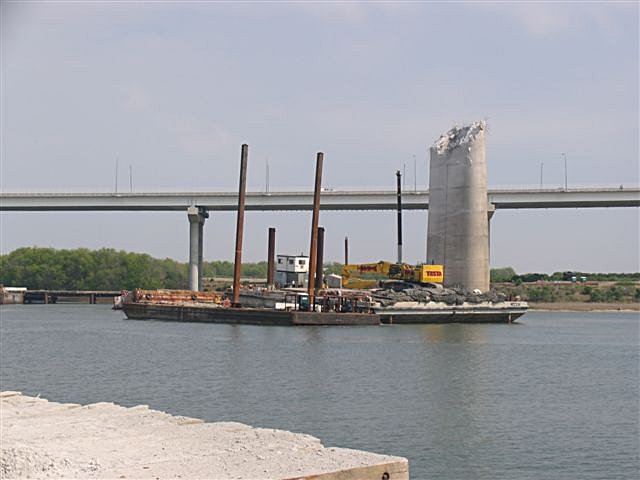 Here is the John Henry - ready for drilling some more hole for Mickey's team. I'm not sure where the drilling will take place, but I'll ask 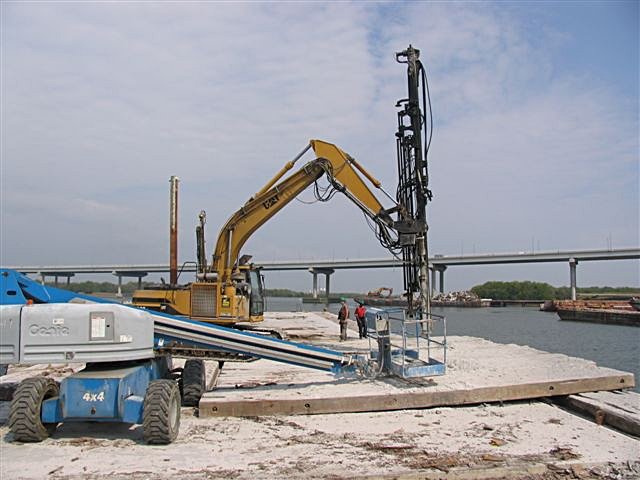 And at Drum Island - more transplant material for artifical reefs 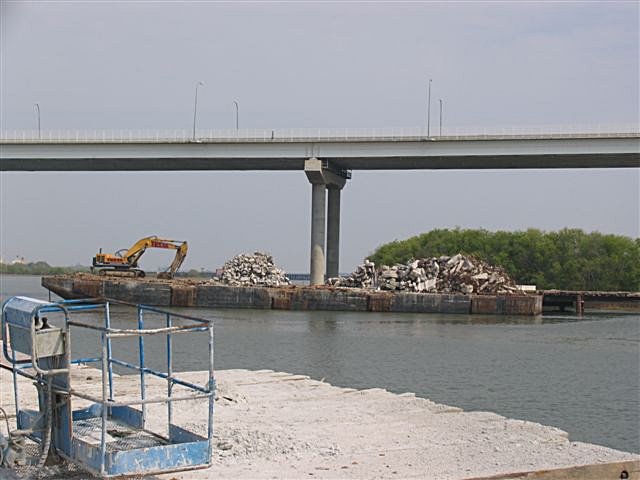 Pat, as usual, is driving the Capt. Gary around - fetching and toting barges and material - with tea and his GPS 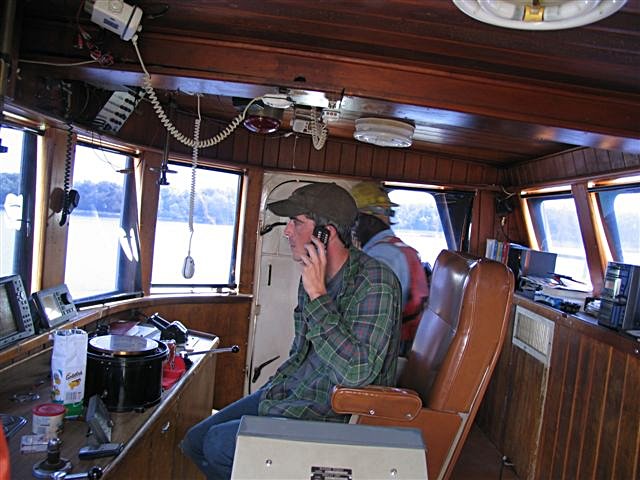 And a nice view of Sparky 2 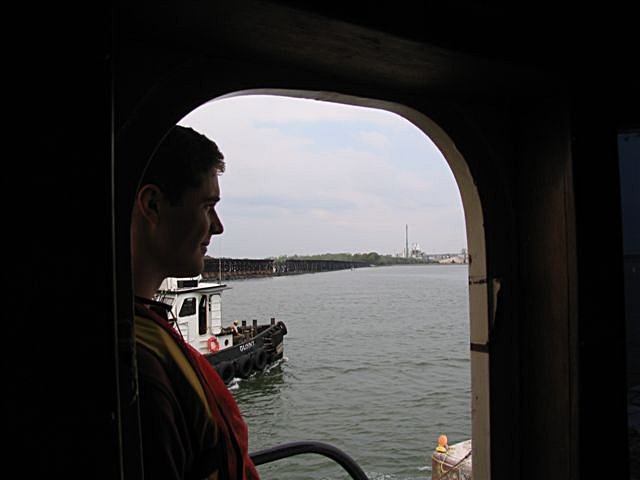 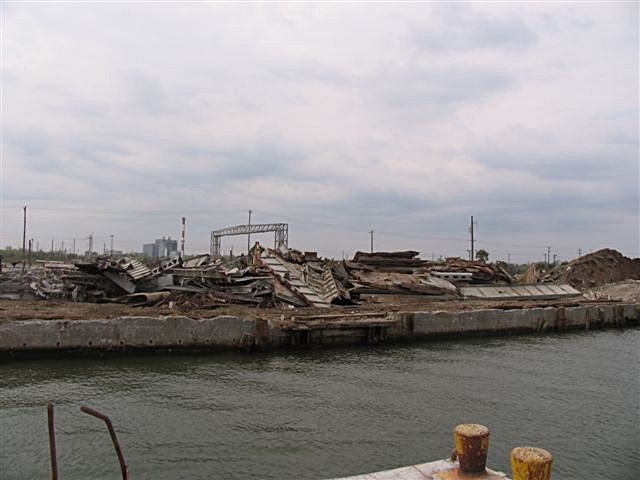 More for the recycling bin - for Nucor? 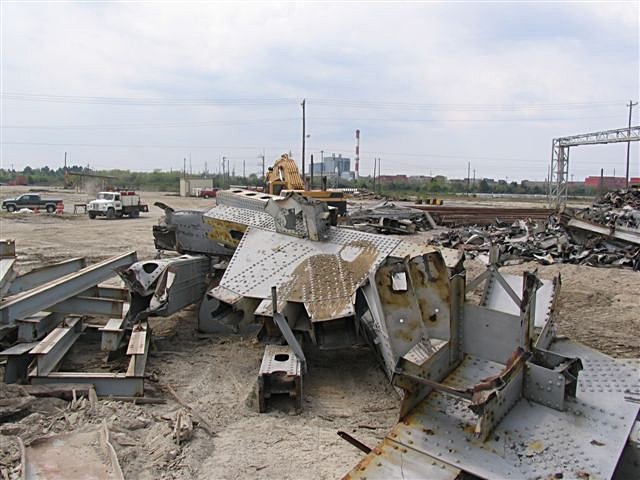