Home Meeting St East Bay Drum Island Mt. PLeasant Pearman Stories Grace Stories Implosions Enginnering Insights Stories of unbuilders Learning Links Bridge Video Bridge Blog Unbuilding Archive All Unbuilding Segments Building the Ravenel Bridge Photo Essays About me
May 3, 2006:
A quartet for crane, grapple, shear and diver
This is Manny, Michael, Jackie and Ryan doing their thing. You figure it - how can Michael see what his grapple sees - and having done a bit of scuba in the Cooper River, how can Ryan see 1 ft in front of himself. And then there is Manny - looking for all the hand signals and Jackie - just as blind as Michael and Manny.

This is that I call crane fishing - Manny looking for the big one. Here is Manny and his cap 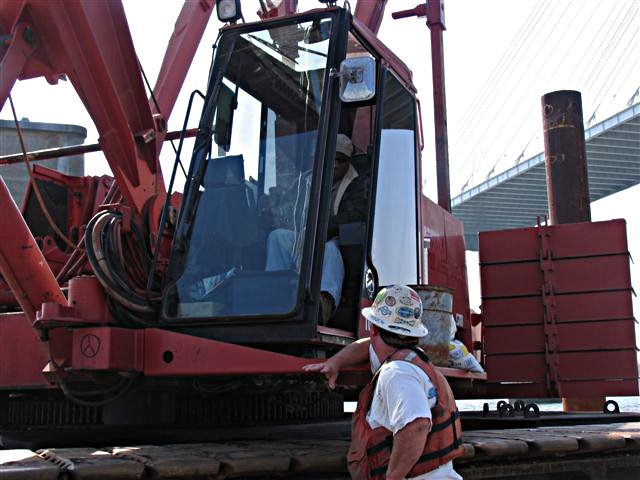 doing a bit of fishing 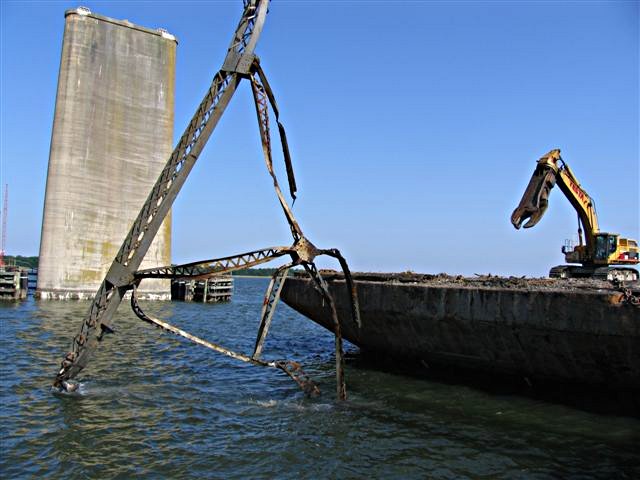 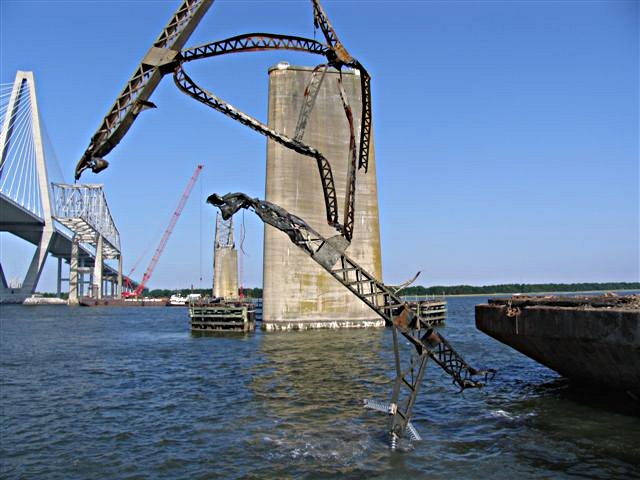 This is a crane fish fish 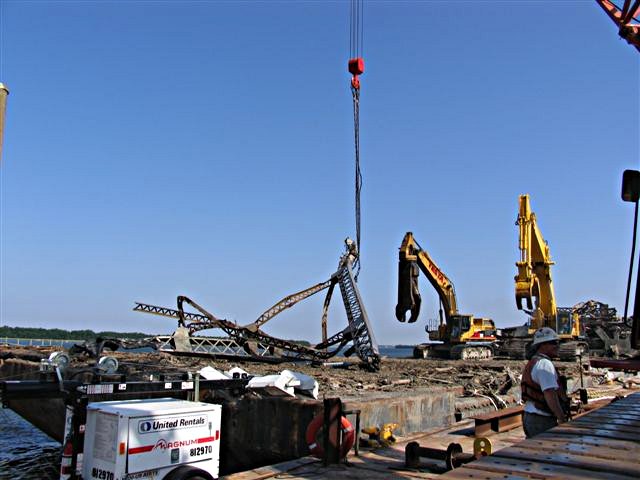 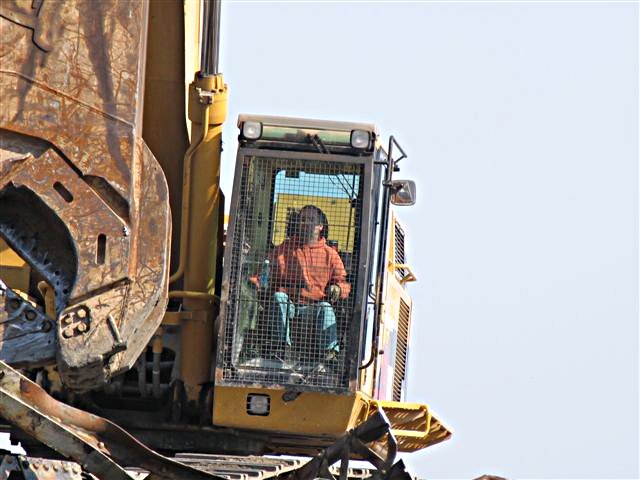 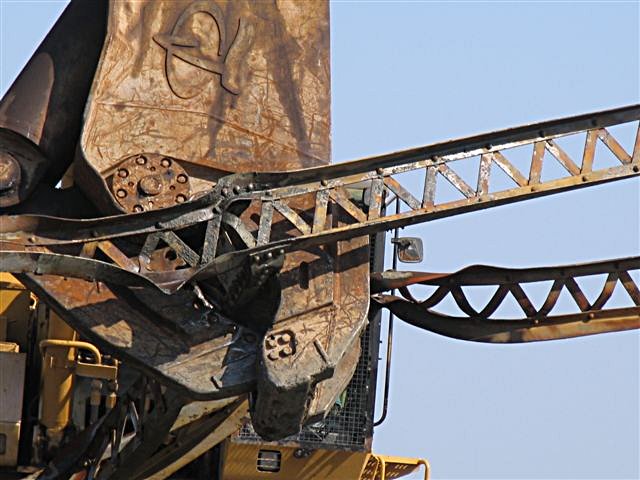 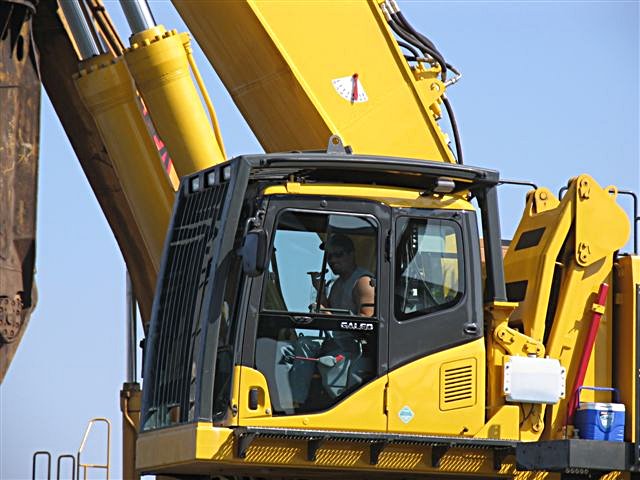 displaying the art of gapple fishing 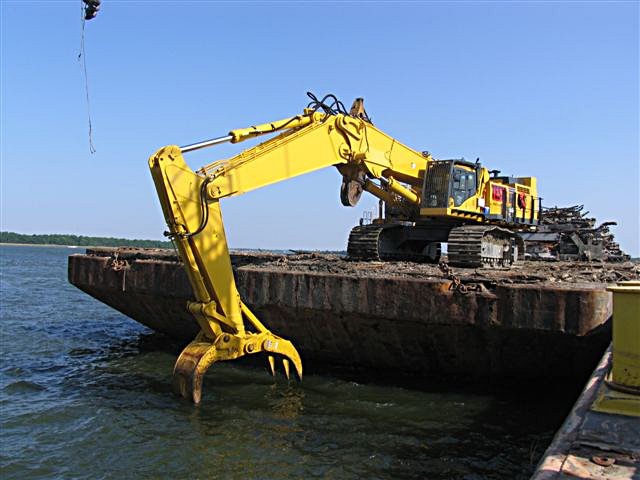 in the submerged configuration 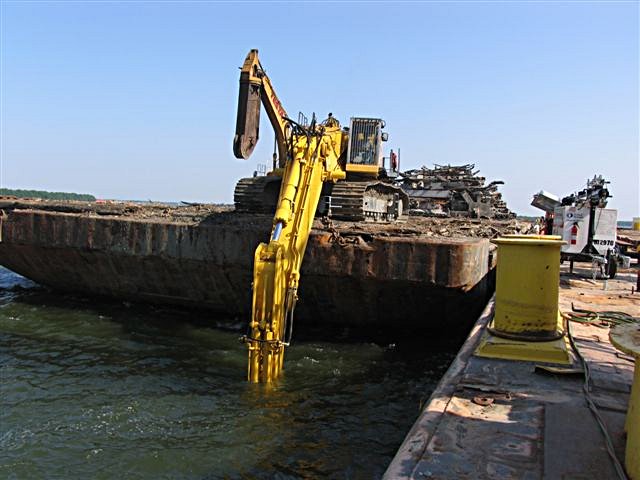 and Michael, taking a break 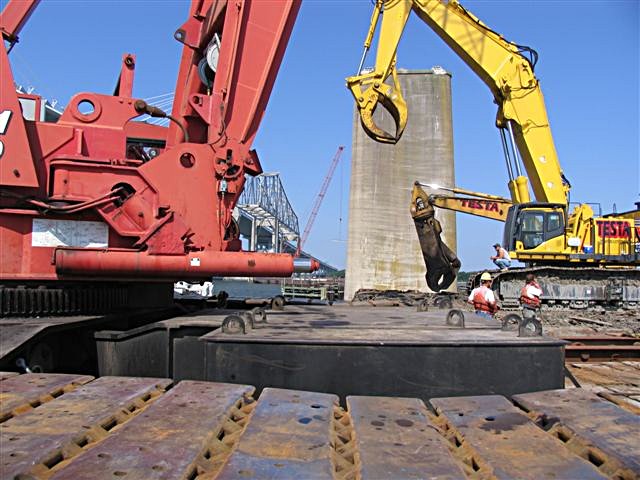 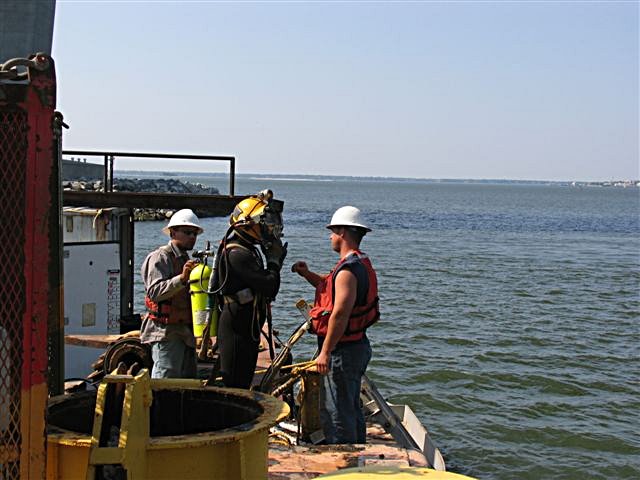 prepares to enter the deep 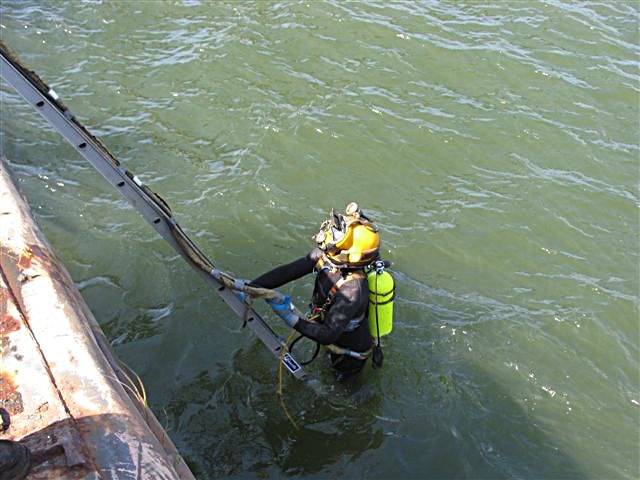 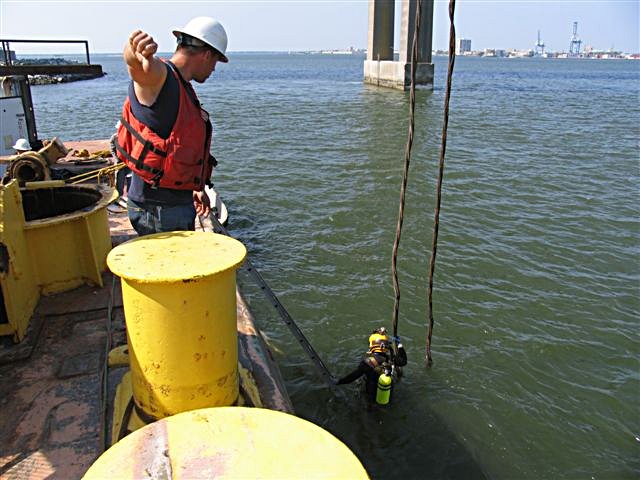 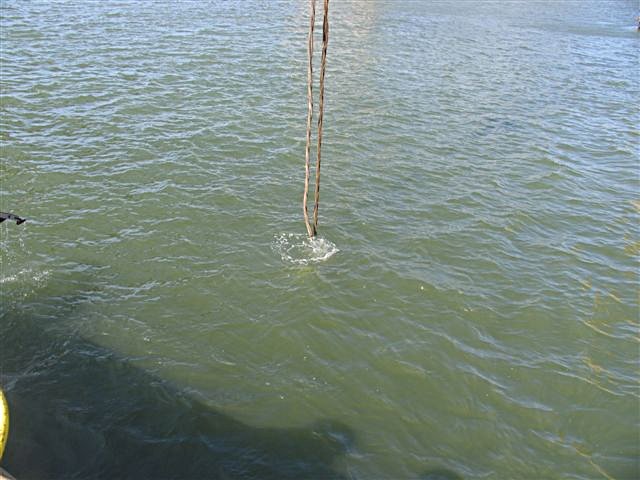 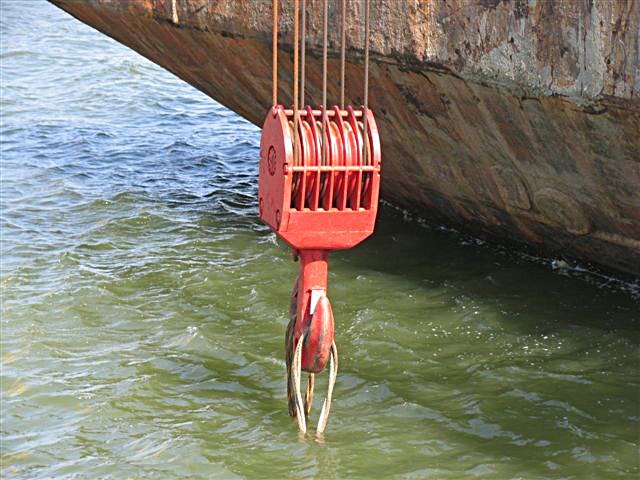 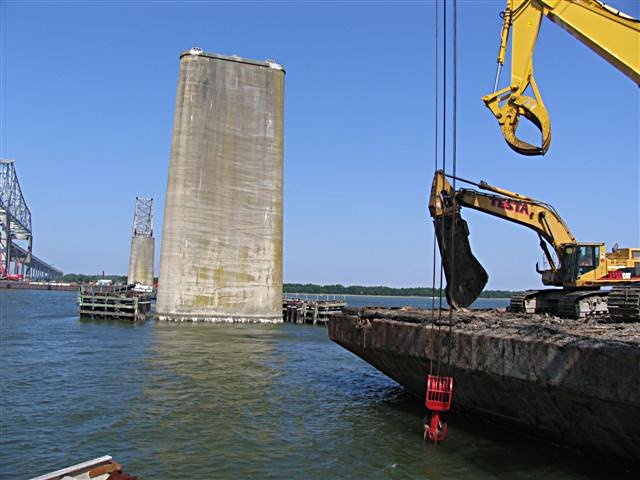 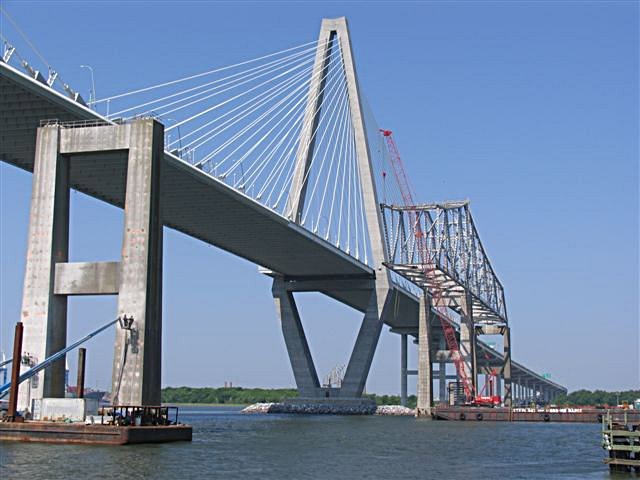 Ryan has finished coupling the fishing line to the Grace segment 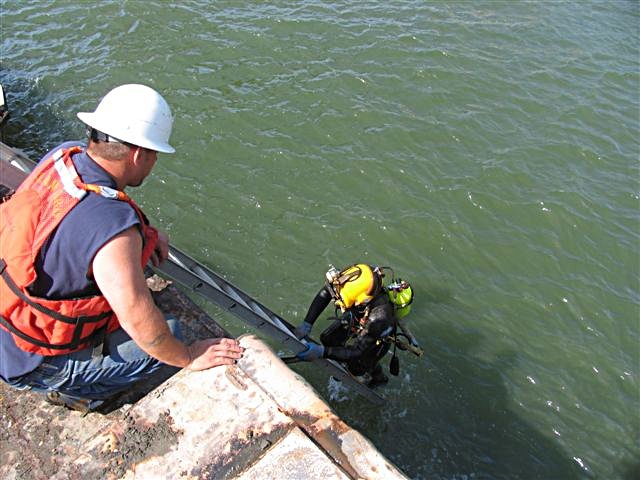 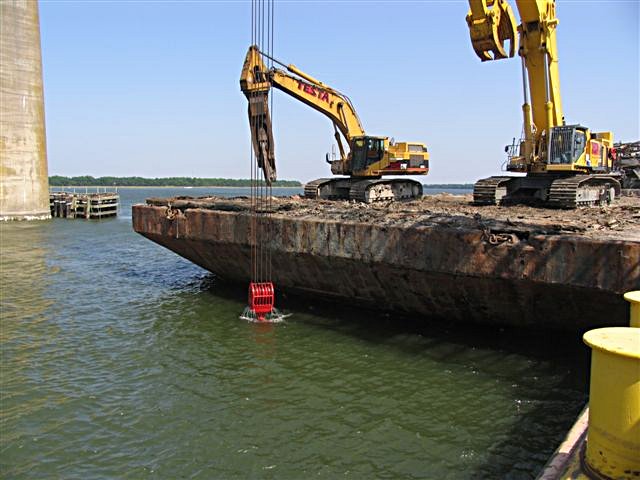 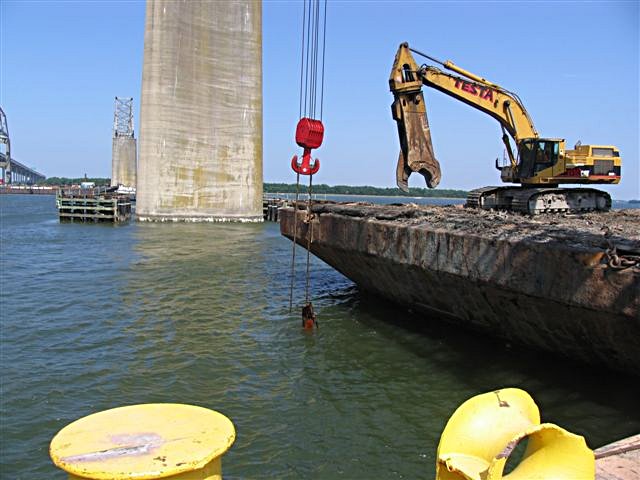 a piece of Grace 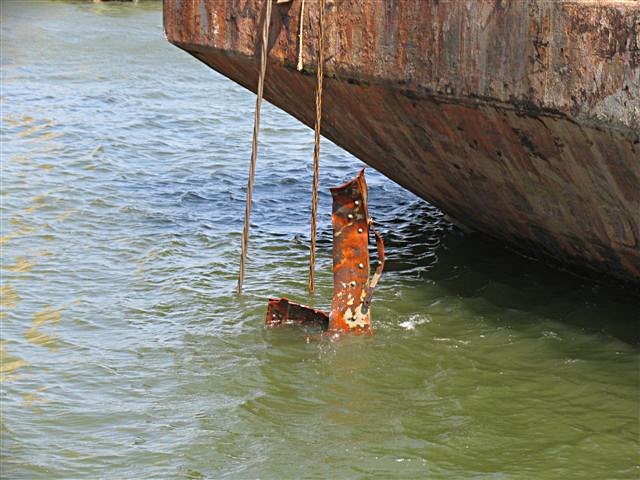 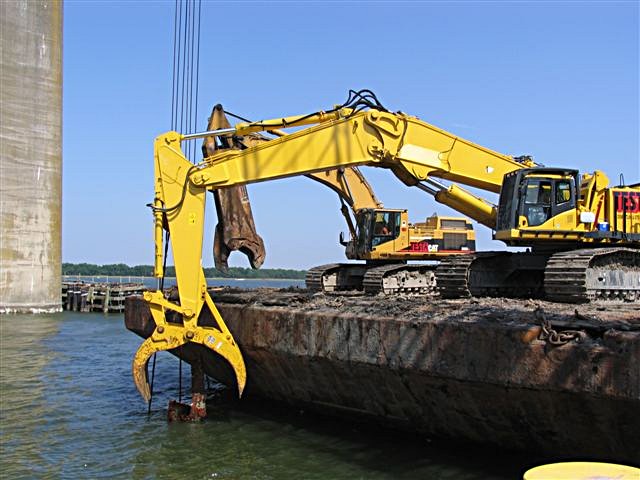 and starts to lift 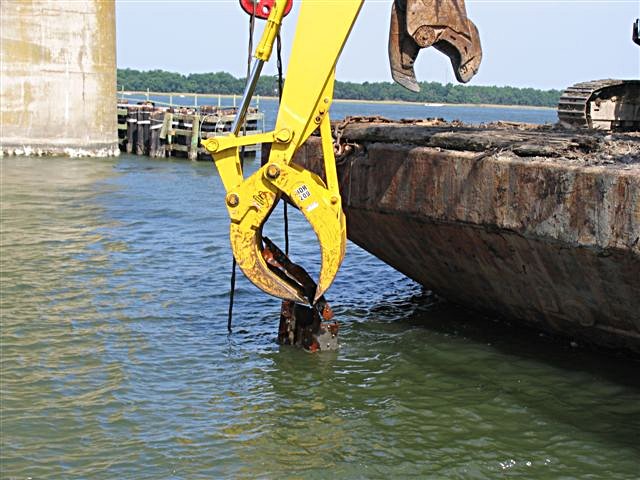 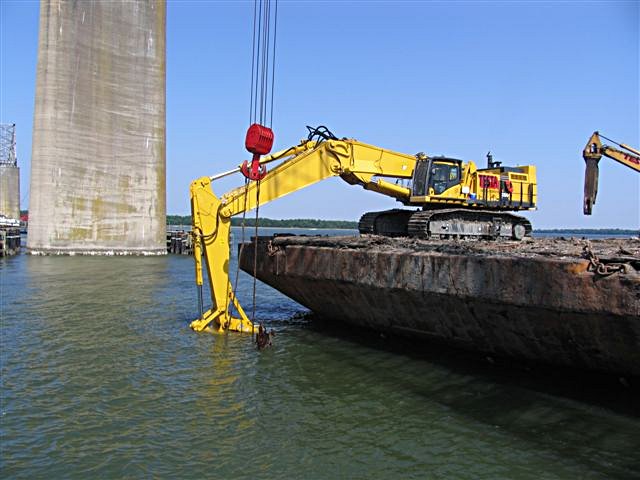 and the Big One 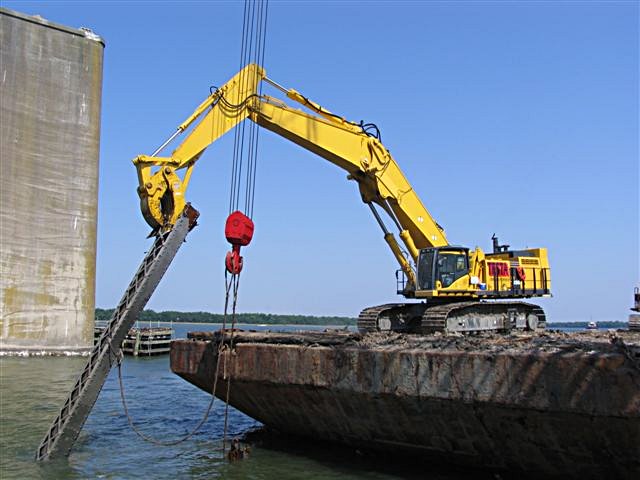 finally pulled on the barge by Jackie and Michael 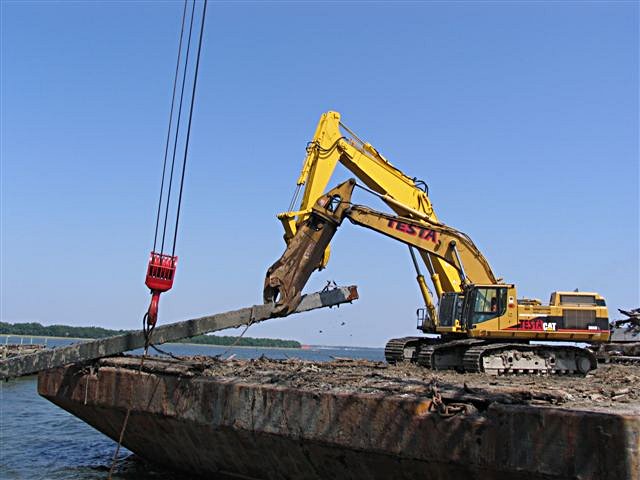