Home Meeting St East Bay Drum Island Mt. PLeasant Pearman Stories Grace Stories Implosions Enginnering Insights Stories of unbuilders Learning Links Bridge Video Bridge Blog Unbuilding Archive All Unbuilding Segments Building the Ravenel Bridge Photo Essays About me
May 8, 2006:
Unbuilding continues
From Singapore, it looks like Charleston is having its share of rain and clouds. But Sparky got out to survey the action around the Grace and Pearman Sites. Fishing going on around the Grace site as well as Demolition Dynamics preparing to drop the west Grace superstructures. Mickey's team is drilling something with the John Henry while Nugget and his acrobat friends are unbuilding the Pearman cantilever section.
The day must start with a view of P-3. It is finished except for Mickey's part 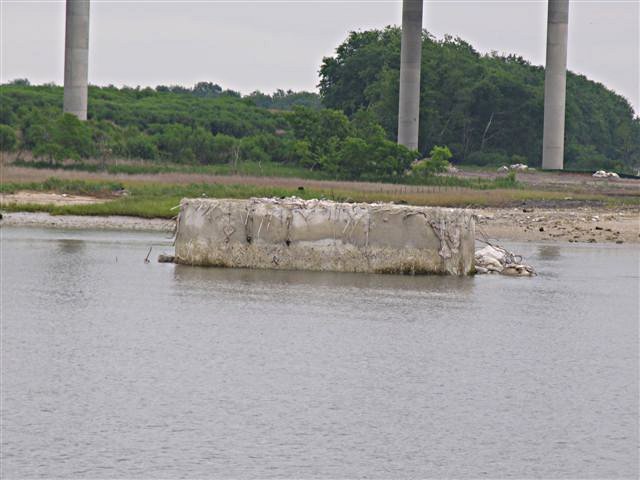 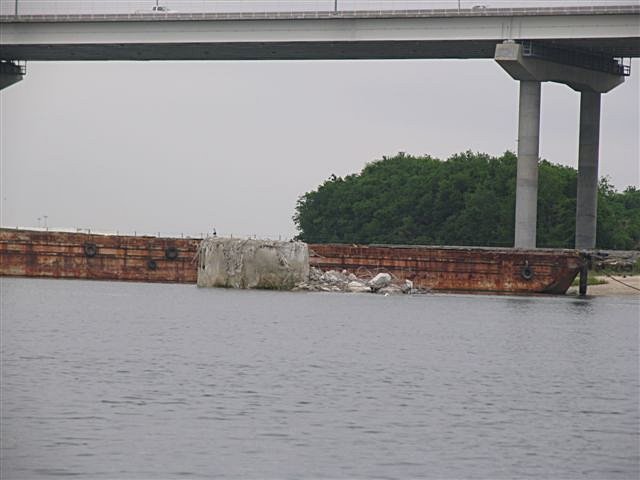 Here is the Ravenel bridge and Grace / Pearman worksite 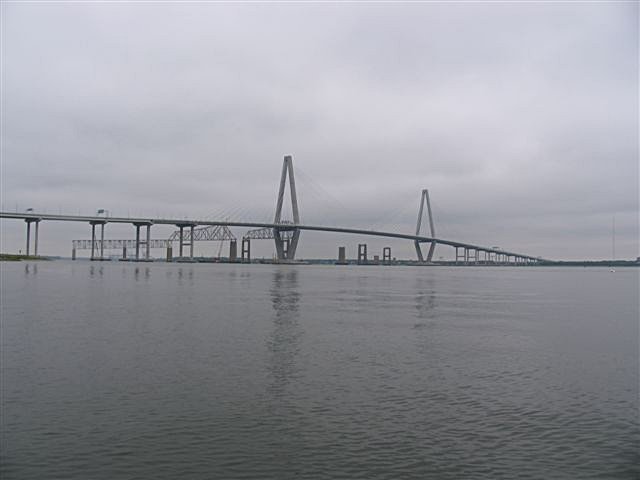 I think this is Carlos Perez of flag planting fame (after the great Mammoet lowered the Grace main span), cutting a section of the recently harvested Pearman 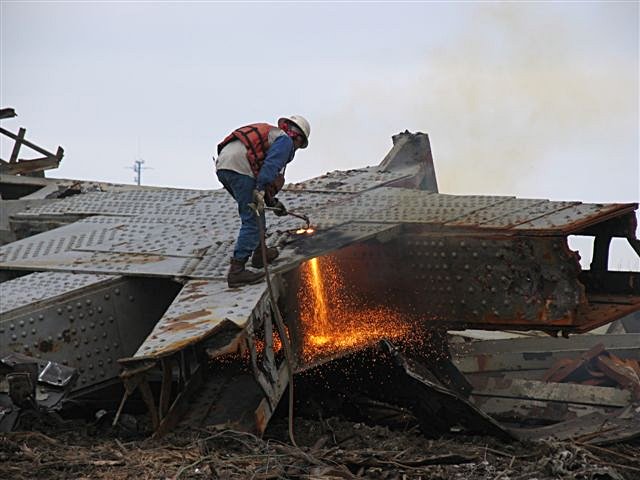 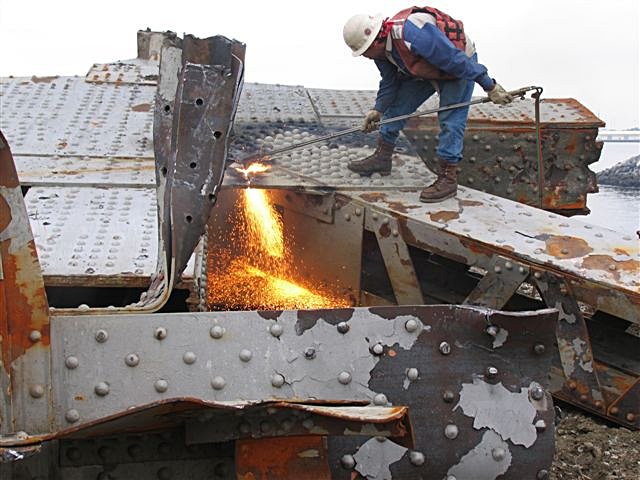 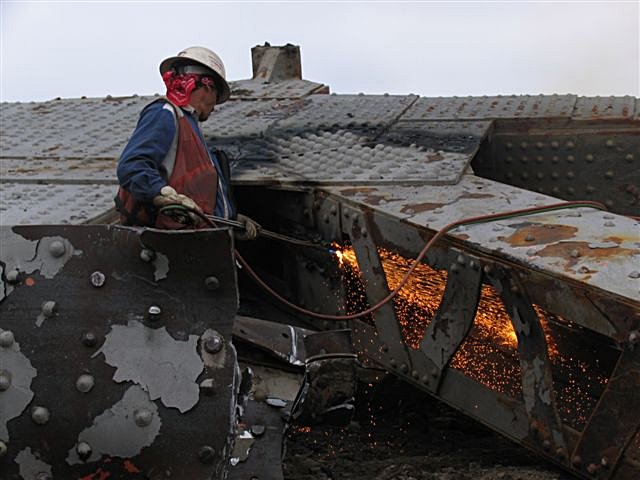 Meanwhile, this looks like Nugget - high on his trapeze 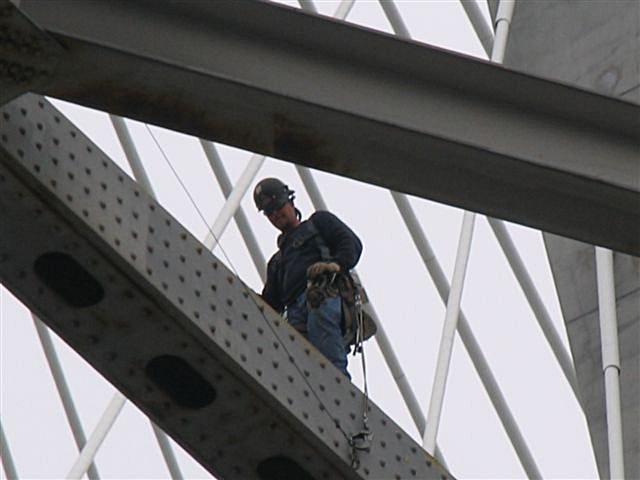 While over at the east Grace worksite, just fishing for underwater sections of Grace 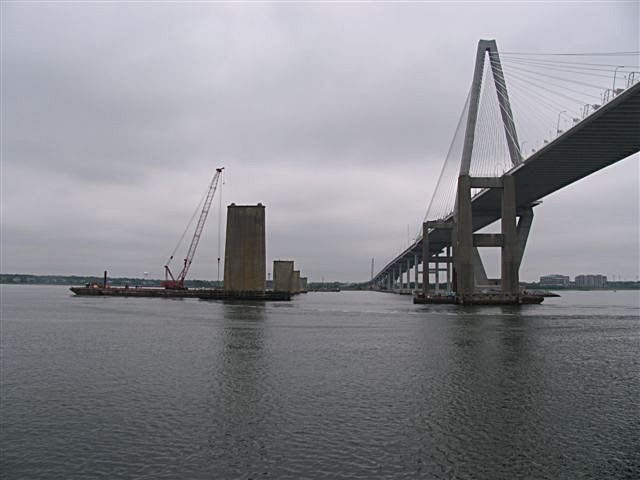 At the west Grace worksite, this looks like Oscar and one of his team in the elevator 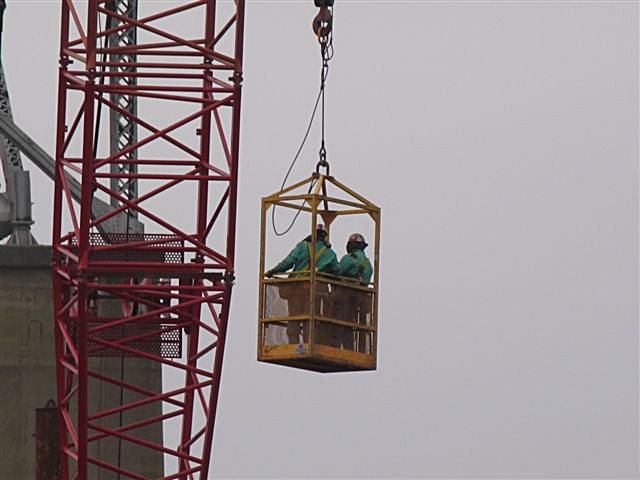 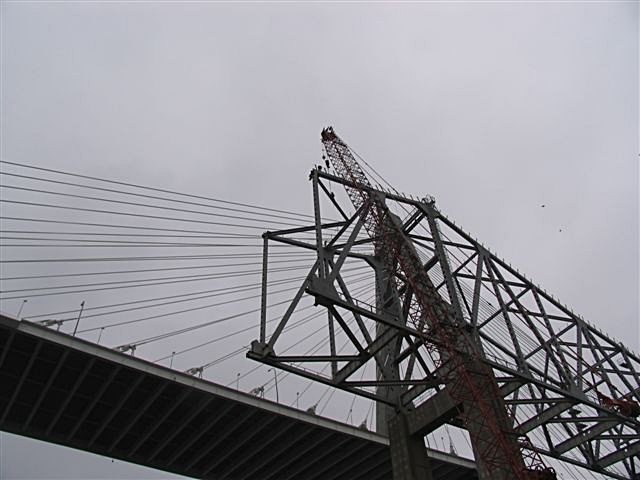 Getting ready to lift a section of the Pearman 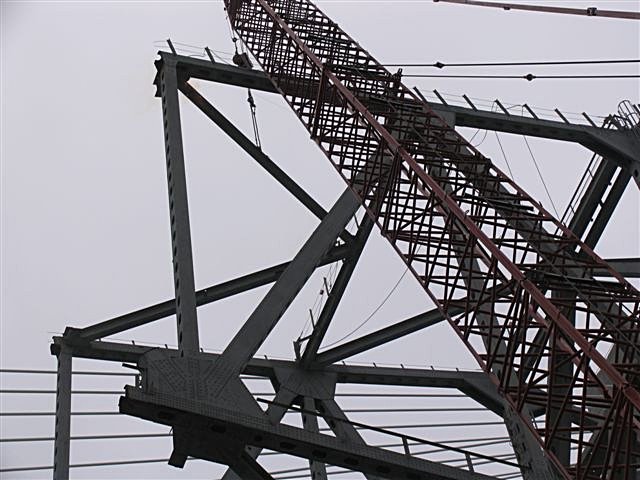 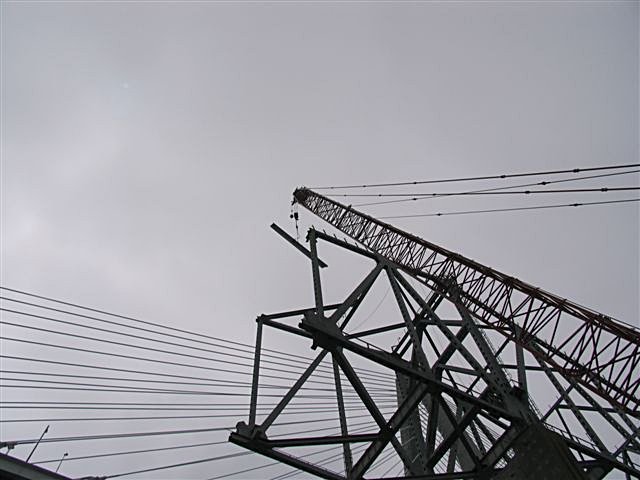 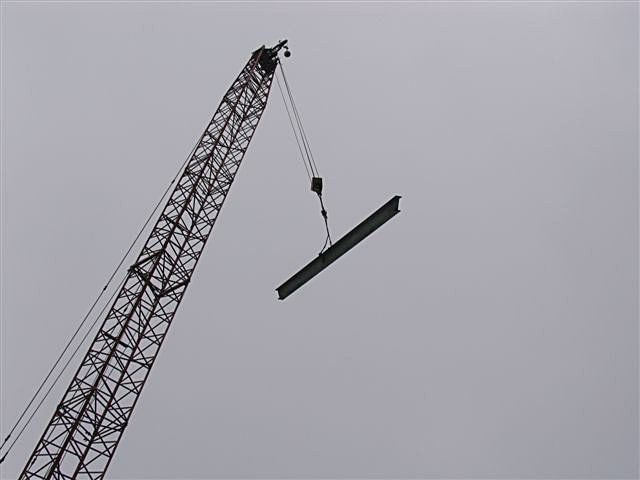 on to the waiting barge below 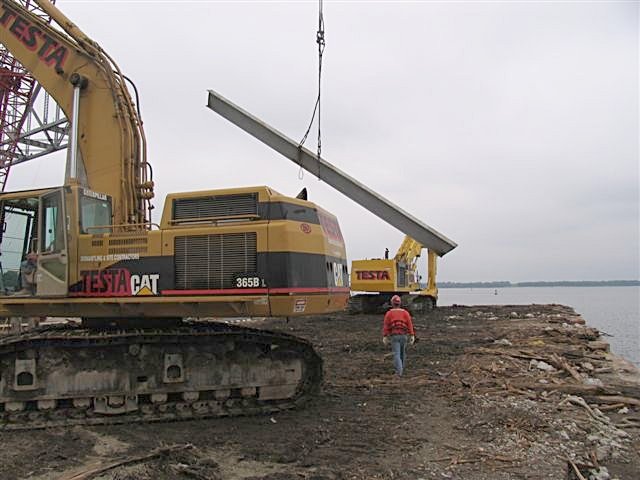 Here is a two burner unbuild 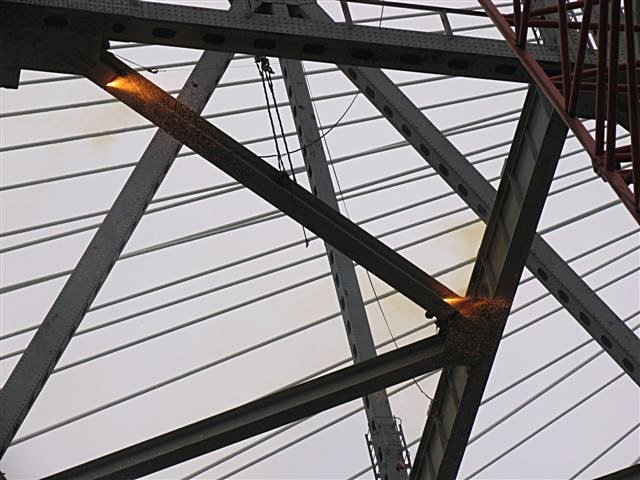 Now the crossbeam is free 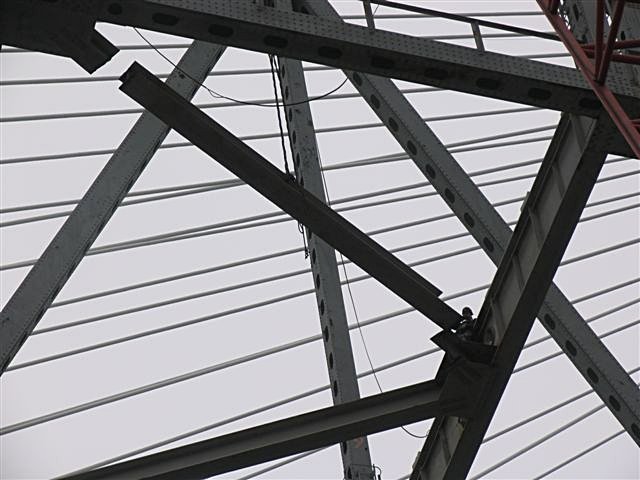 Is Richard driving the crane? 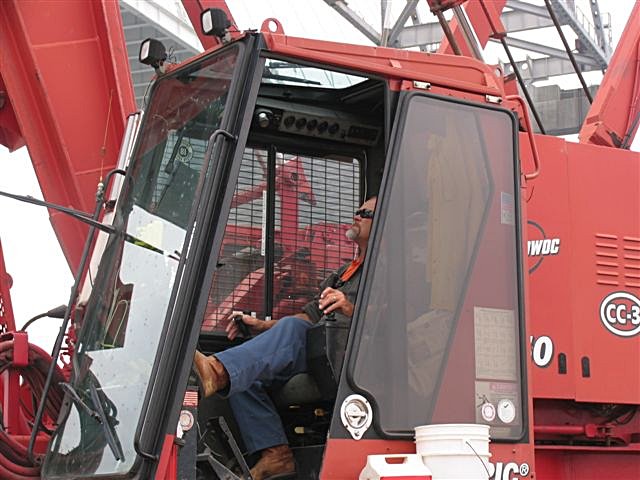 More cutting on the Pearman 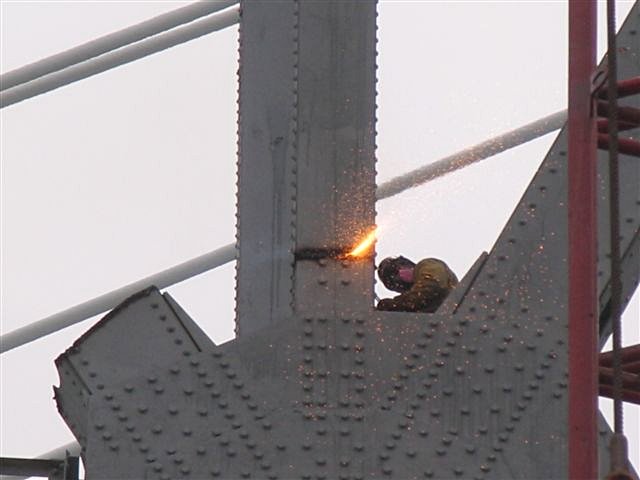 until the L is free 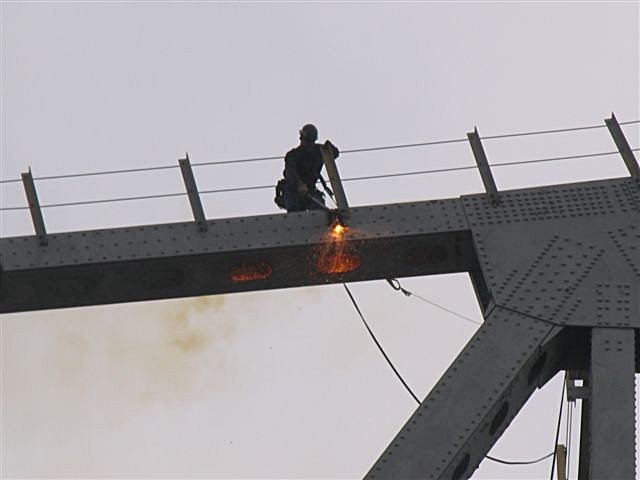 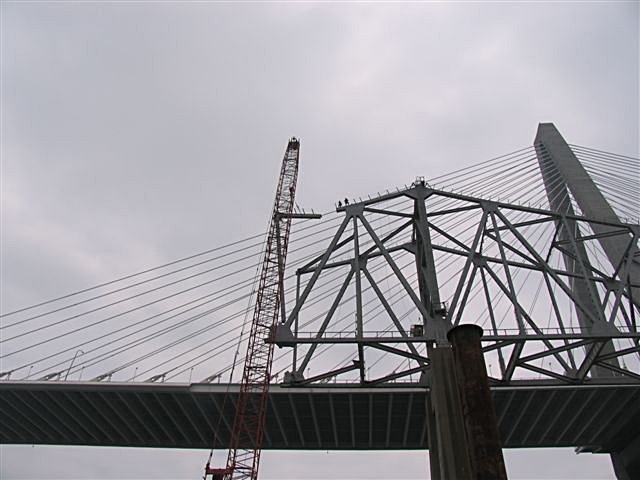 and lower to the barge 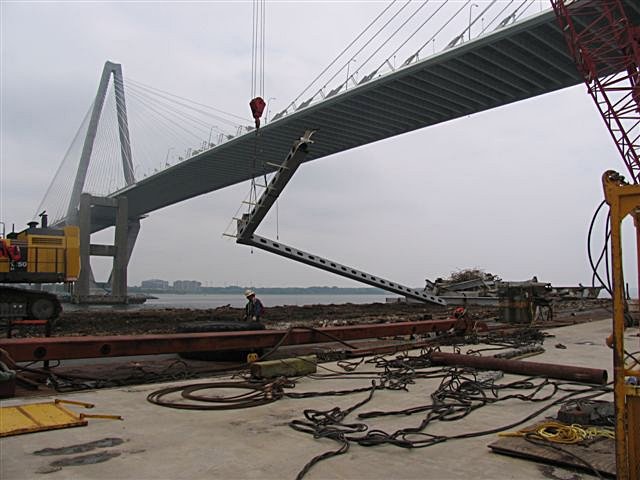 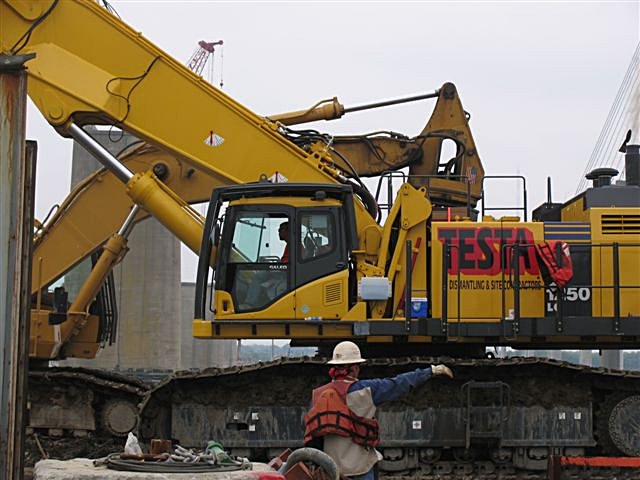 And on the barge, Carlos is busy unbuilding harvested pieces of the Pearman 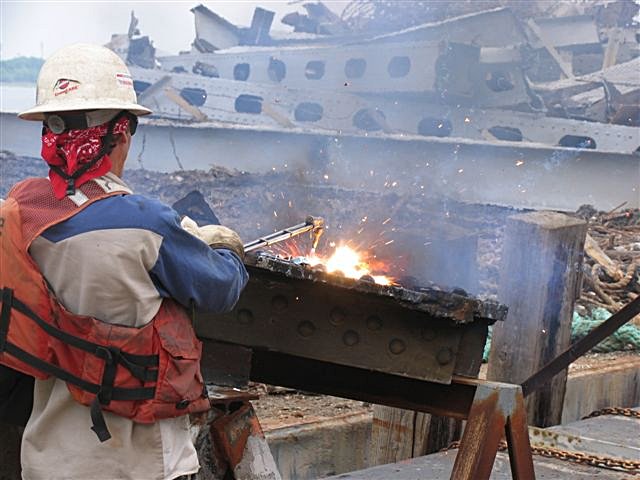 And here is Mickey's team, drilling a substructure with the John Henry 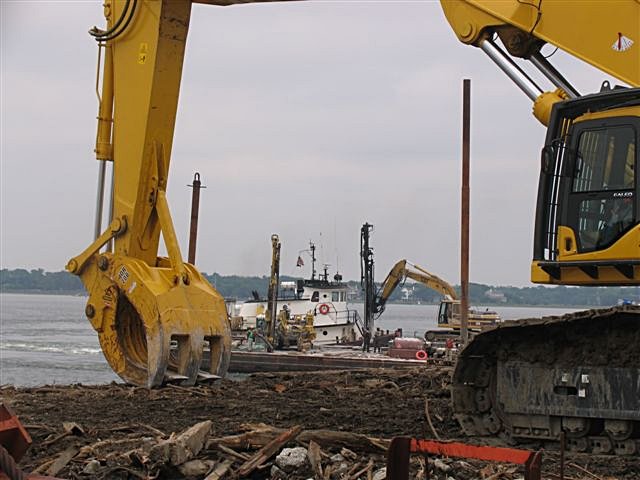 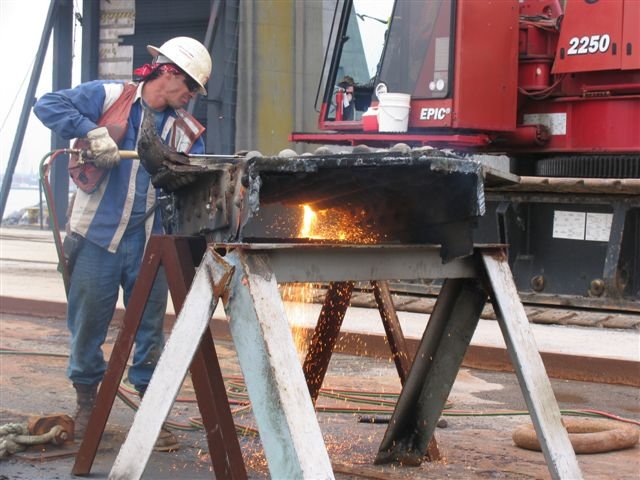 and home by Sharon's water taxi 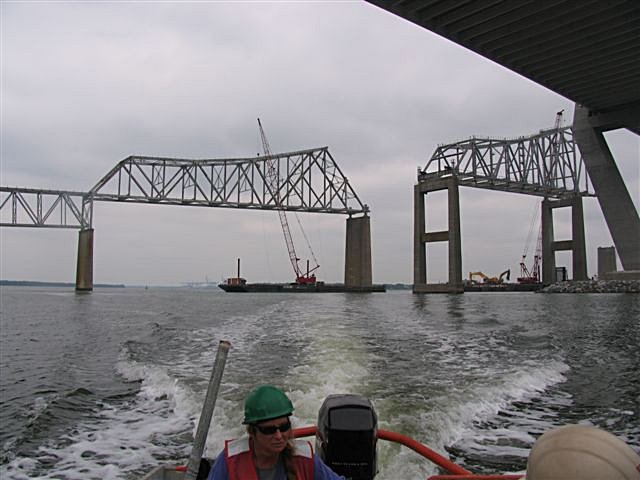