Home Meeting St East Bay Drum Island Mt. PLeasant Pearman Stories Grace Stories Implosions Enginnering Insights Stories of unbuilders Learning Links Bridge Video Bridge Blog Unbuilding Archive All Unbuilding Segments Building the Ravenel Bridge Photo Essays About me
May 16, 2006:
After the dance
Kim Wood caught more of the after action: our iron worker acrobat friends going out to the site for a bit of retrievel. Clearly she has caught our unbuilding virus. For these photos, anyone know who was running the crane and grapple while fishing for Grace?

Something about the unseen workers. Our lives (Sparky, mine and now Kim who has joined our group) can do nothing without getting there. We have discovered that life in our unbuilding world is impossible without our friendly water taxi service provided by Sharon, Susan, Kim and sometimes even Lewis, one of the ironworkers, will provide water taxi service. 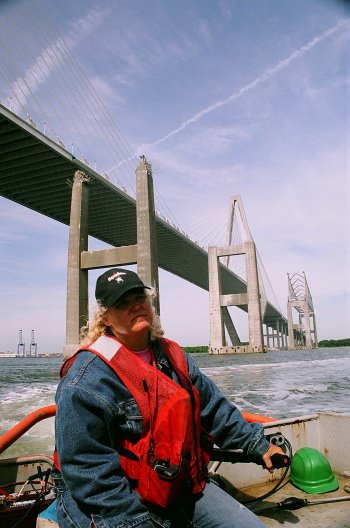 We have been following Nugget, Stan, Sonny, Speedy, Chucky, Carlos and again - more blanks (old age) since last fall. Off goes Nugget (smiling) and his iron worker acrobat colleagues to start the retrieval process - you can see Stan's long braids also - he is on dolphin watch today at the front of the taxi. 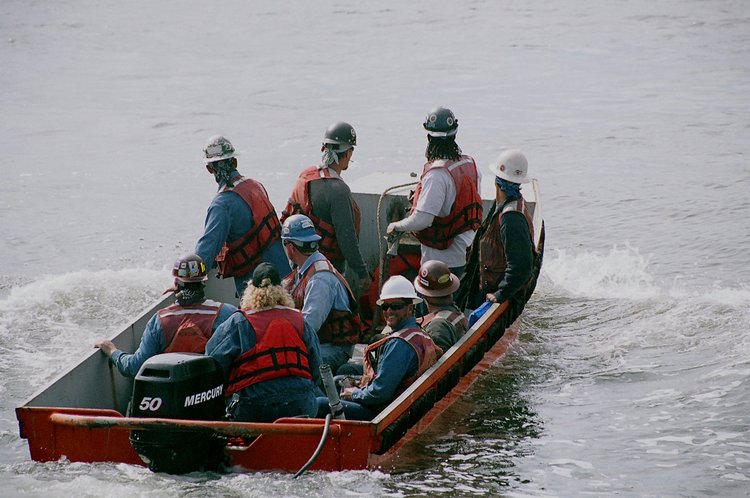 A fragment of Grace off Drum island 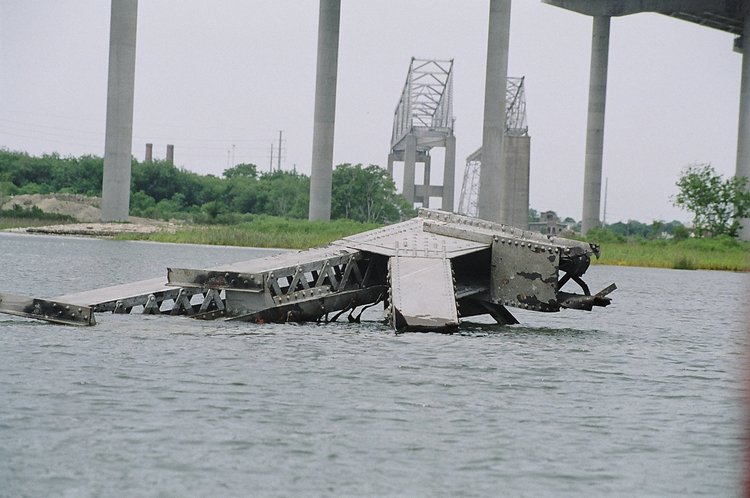 Jaws for eating and acrobats for connecting the lift cable 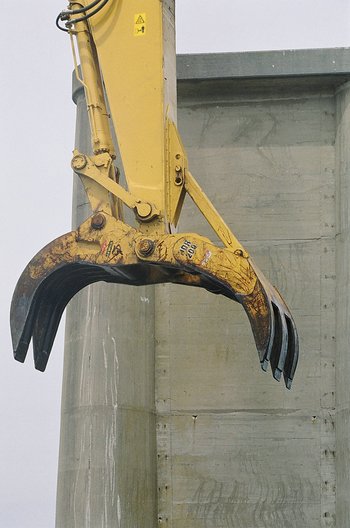 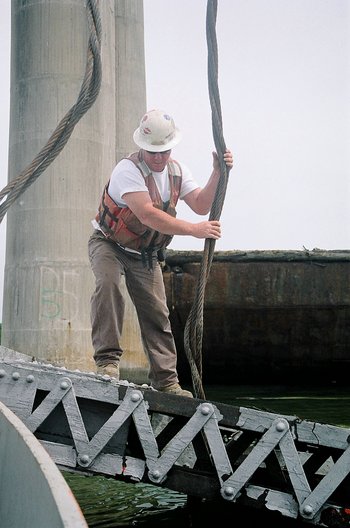 and a crain to lift: Thus starts the water dance 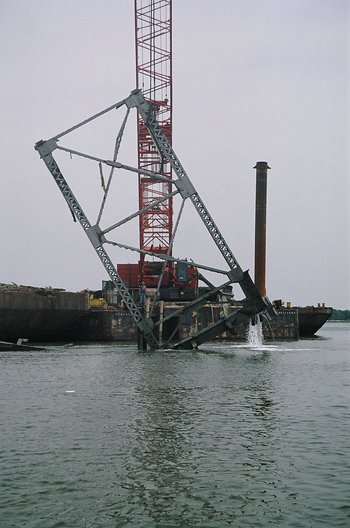 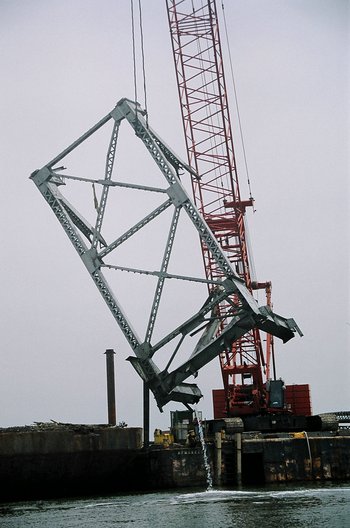