Kim Wood and Gary Eaton came to the rescue. Sparky is working on the Katrina rebuilding in Mississippi but listened by mobile phone, y'all know where I am - half a world away but Kim was on the barge and captured the action from the Cooper river while Gary was on the spot - near the Motley Rice building.

It is interesting trying to infer the program from still photos. Since both Kim and Gary caught the air action, my guess is that there was an air show just before the button was pushed - reminding me of the C-17 overflight after the Ravenel opening and adding a bit of homesickness to me. But I'm coming home Friday for a couple of weeks and looking forward to seeing my family and my bridge friends. 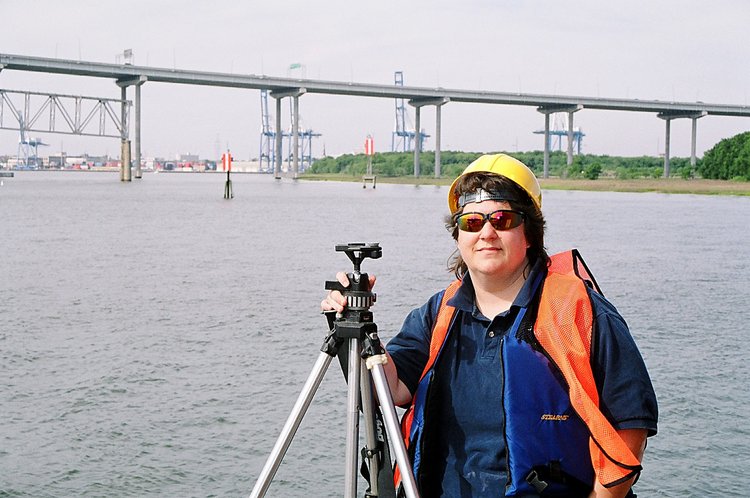 Driving across the Ravenel. It is impressive to me that the earth has rotated so that the morning sun is now on the north side of the Ravenel bridge (8:48 am). 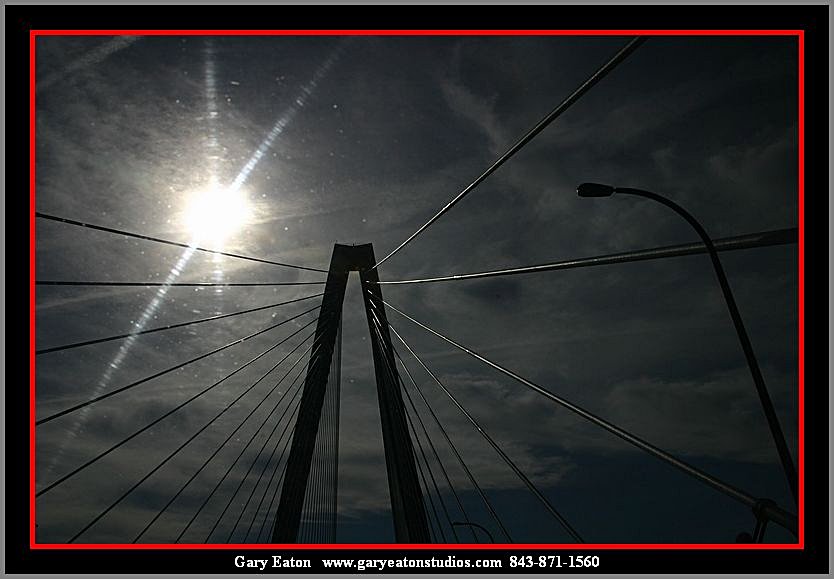 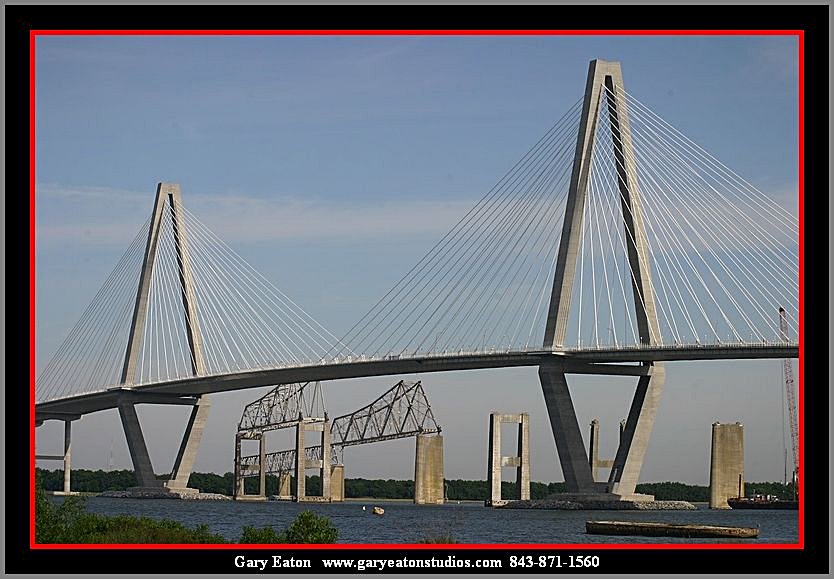 Before - at 9:47 and the C-17 and F-15 flyby. It is wonderful to realize that folks are still viewing our web page. When I make an error - in this case, not seeing the difference between an F-15 and F-18 - several people sent me the correction. Mike Crawford also explained that The F-15's are in town doing maneuvers with jets from Beaufort, Shaw (Sumter) and McEntire (Columbia) 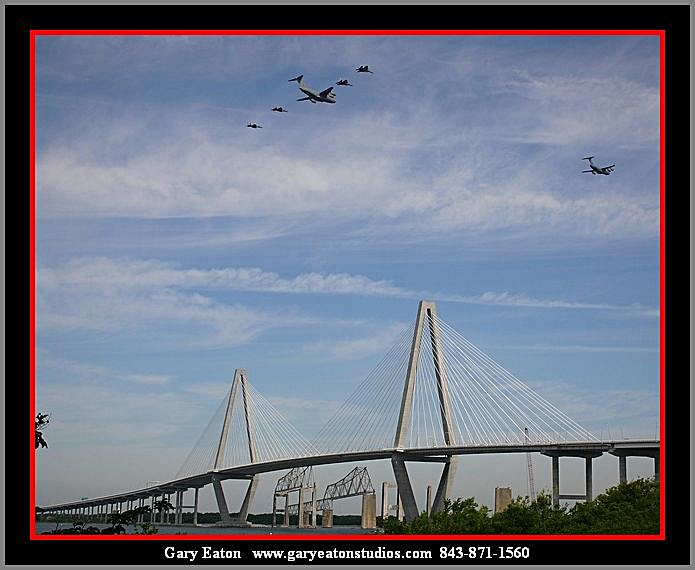 Kim's view of the flyover 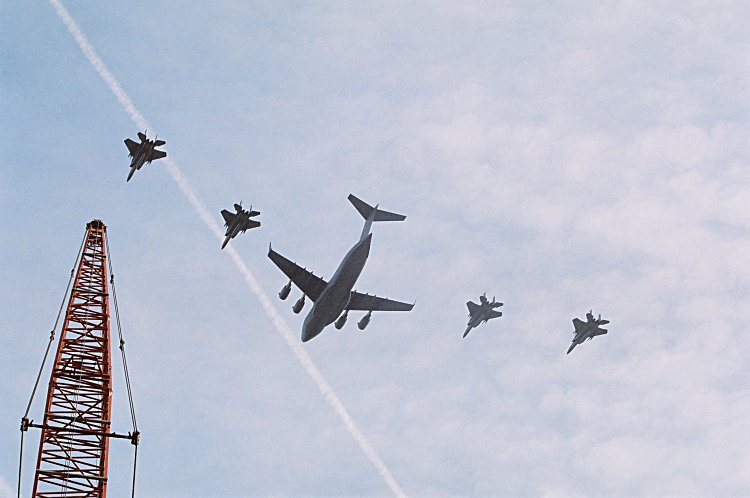 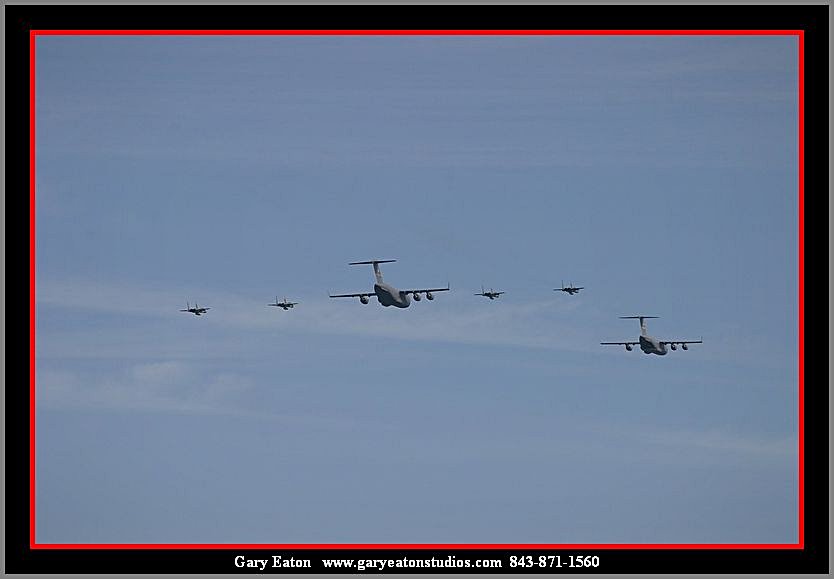 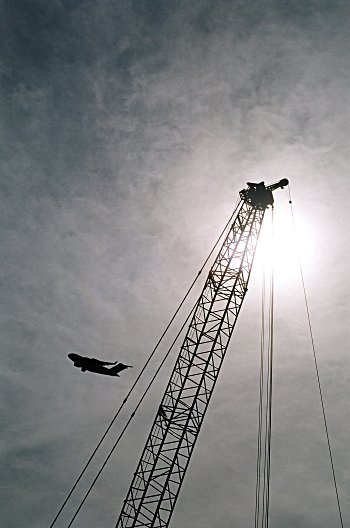 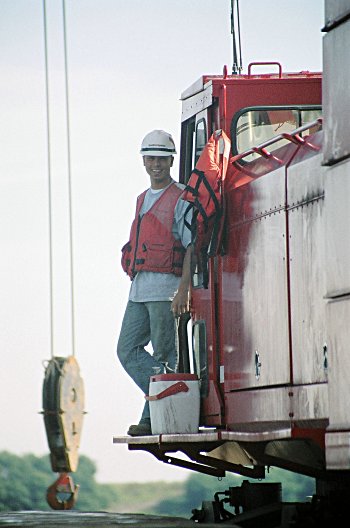 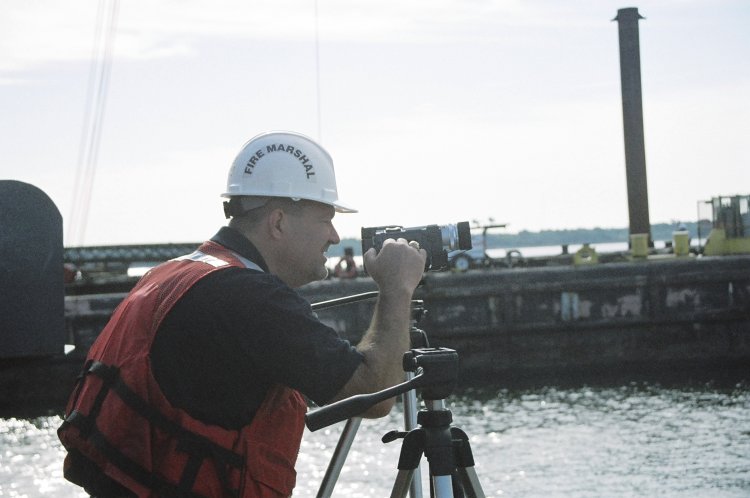 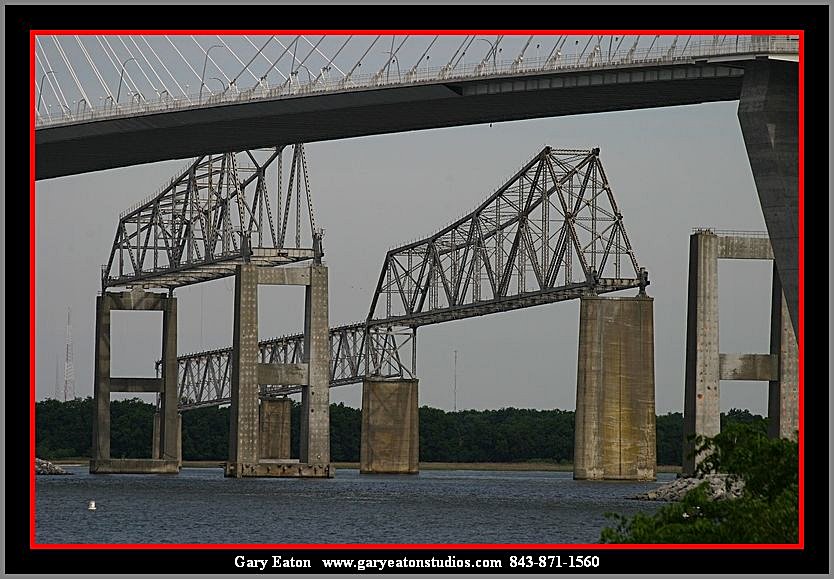 Oscar on the left, some of the Demolition Dynamics team - David on the right 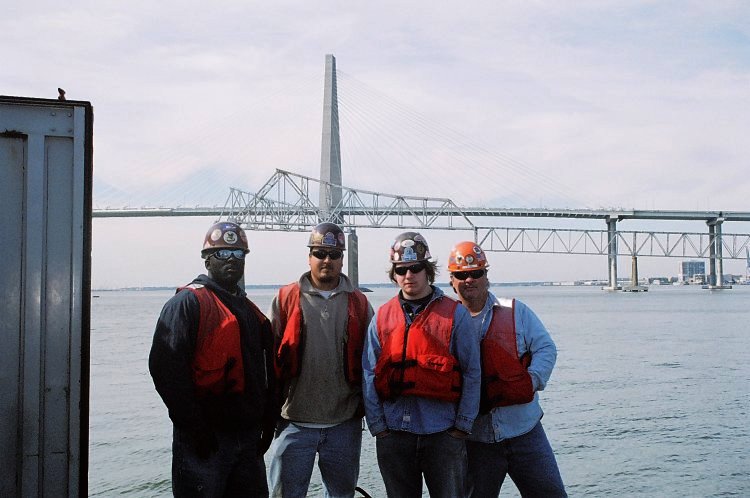 Kim's view from the river - just after detonation 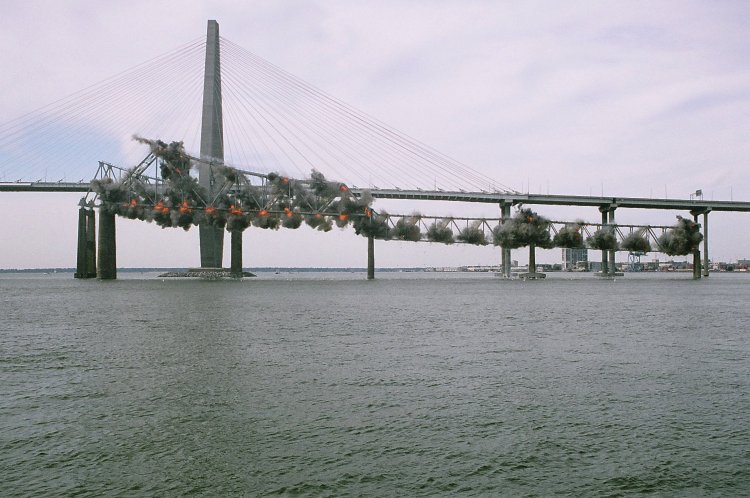 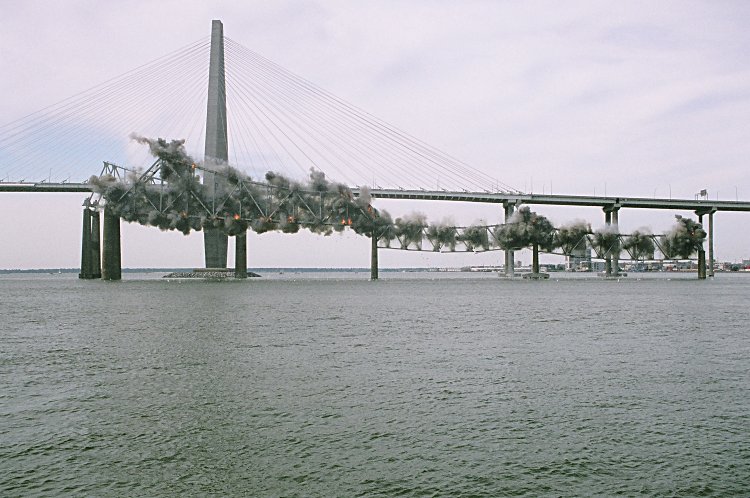 and a Graceful drop into the Cooper River 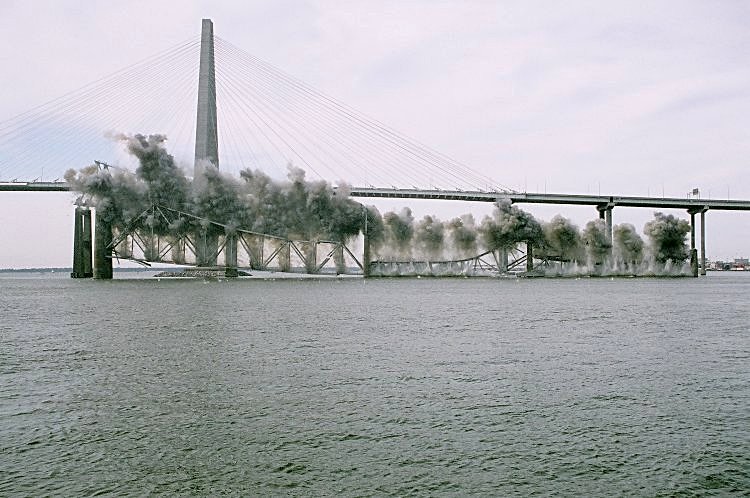 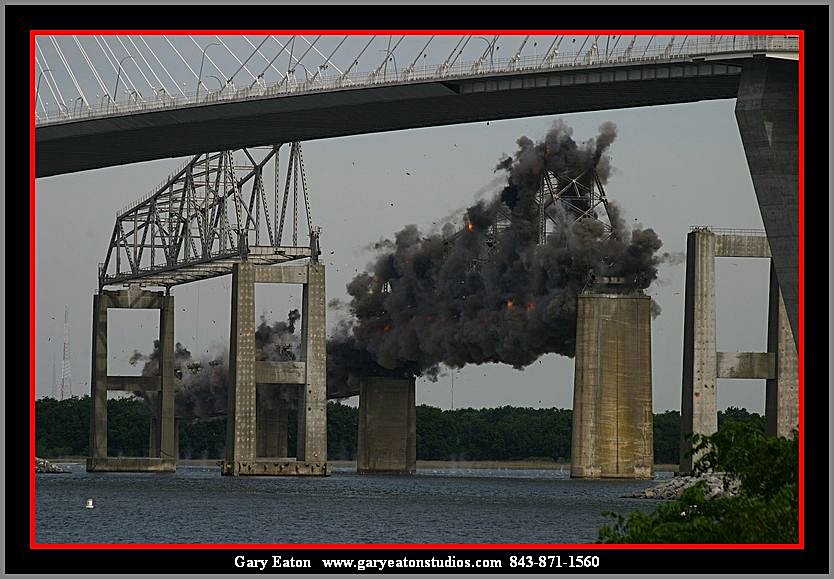 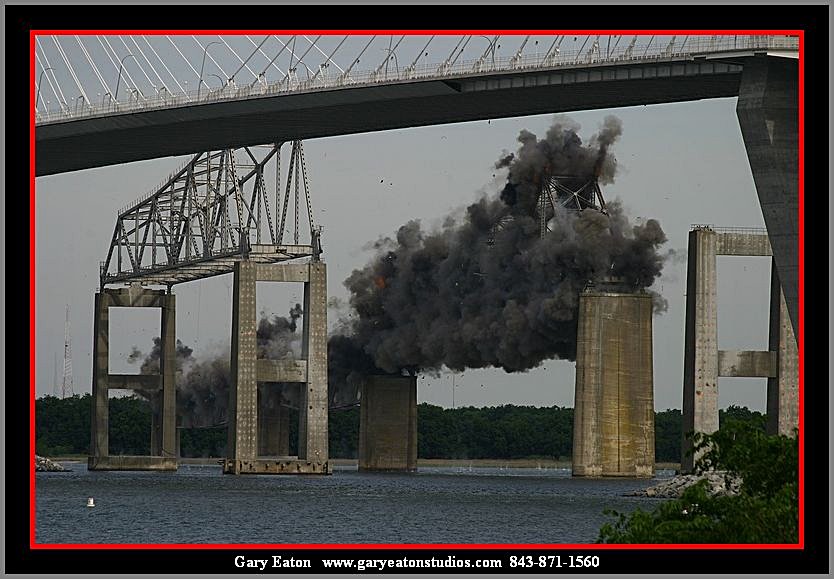 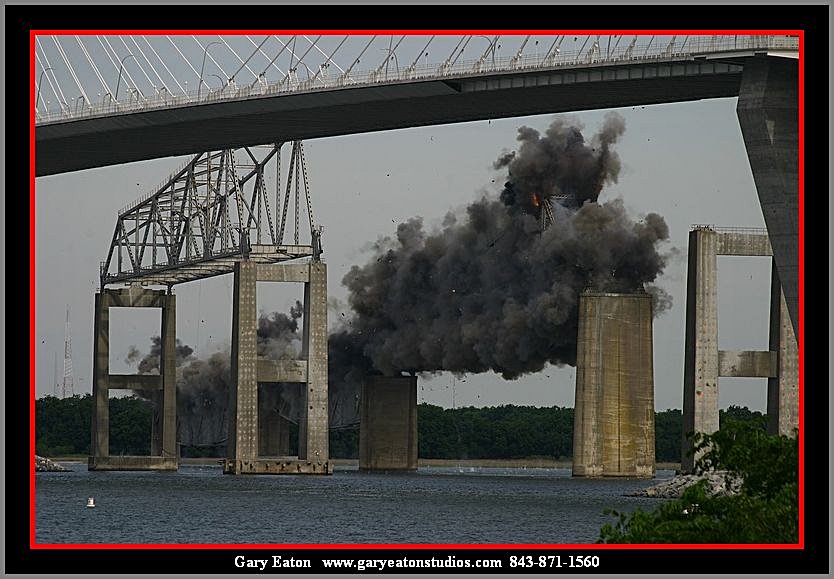 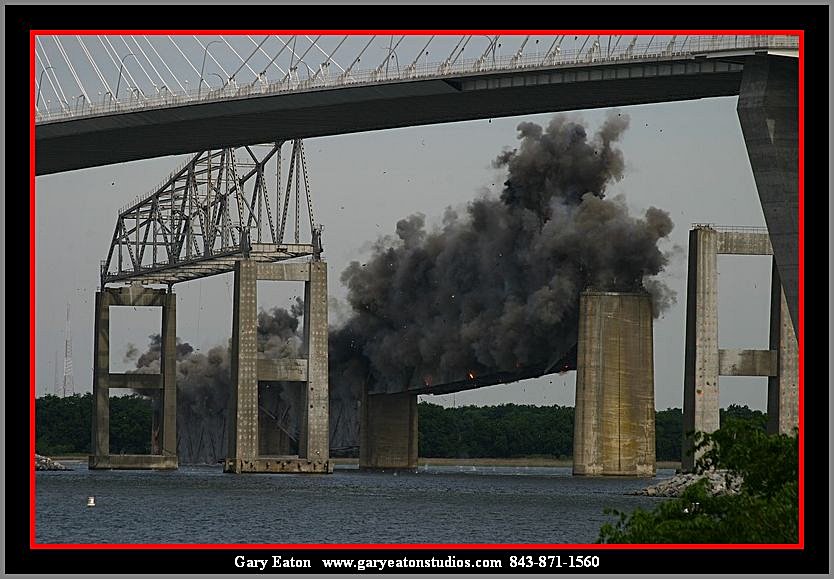 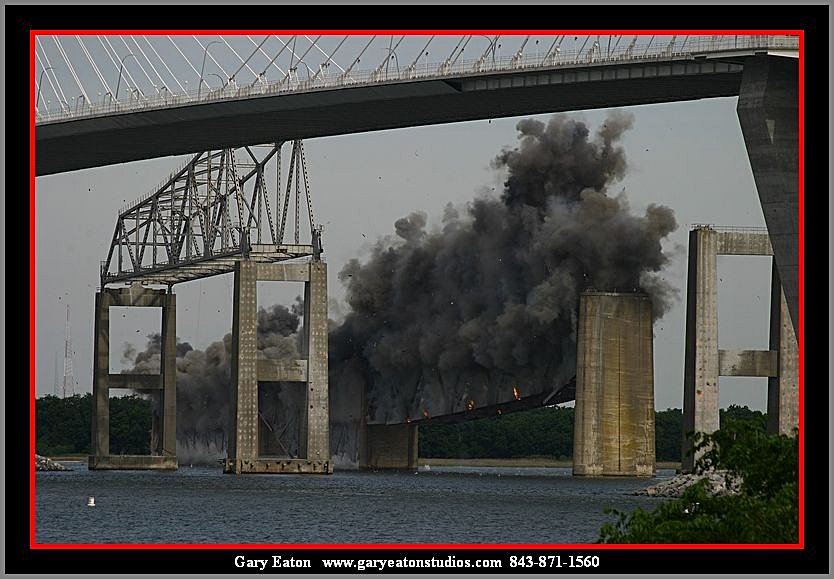 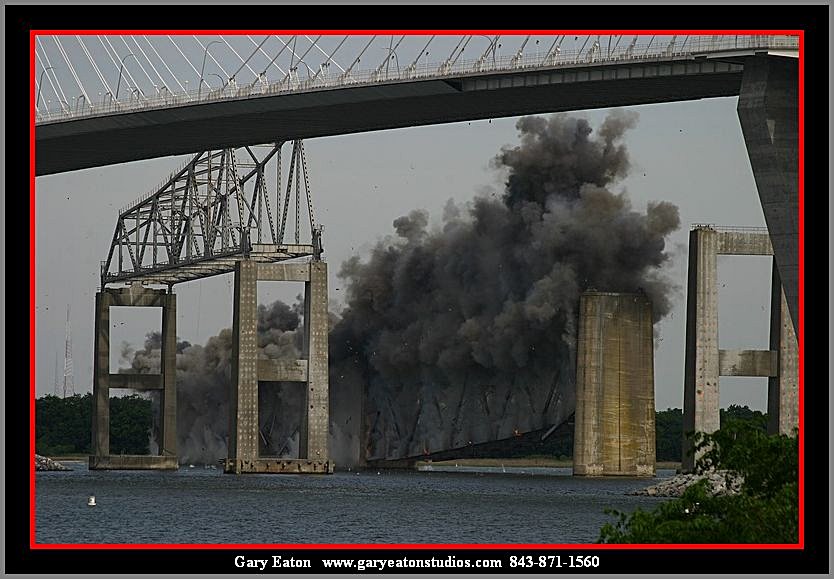 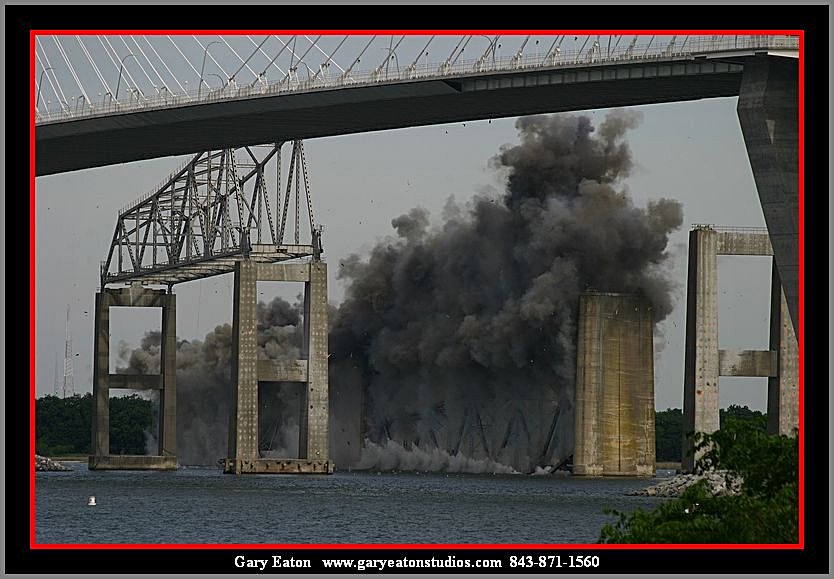 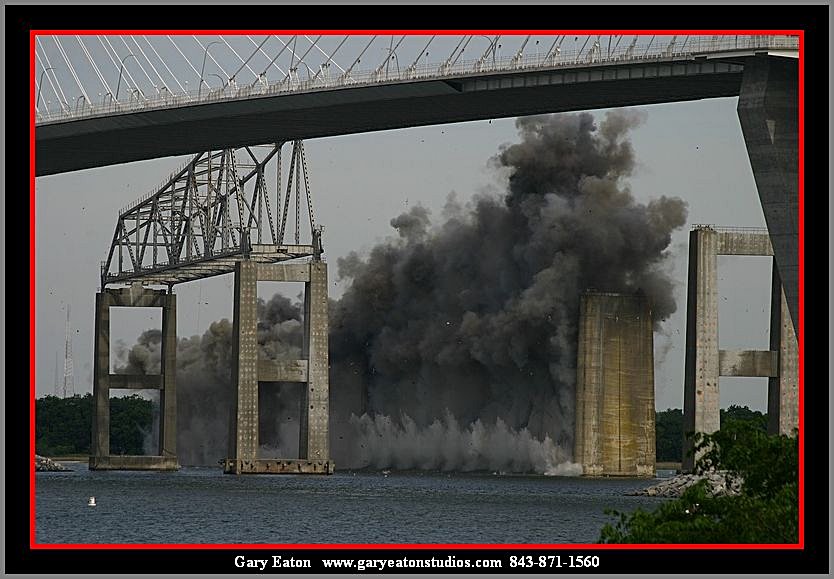 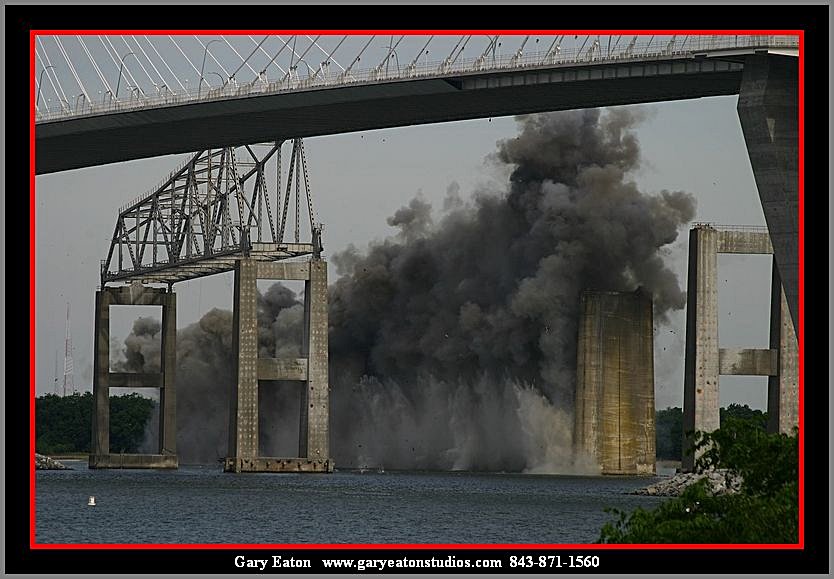 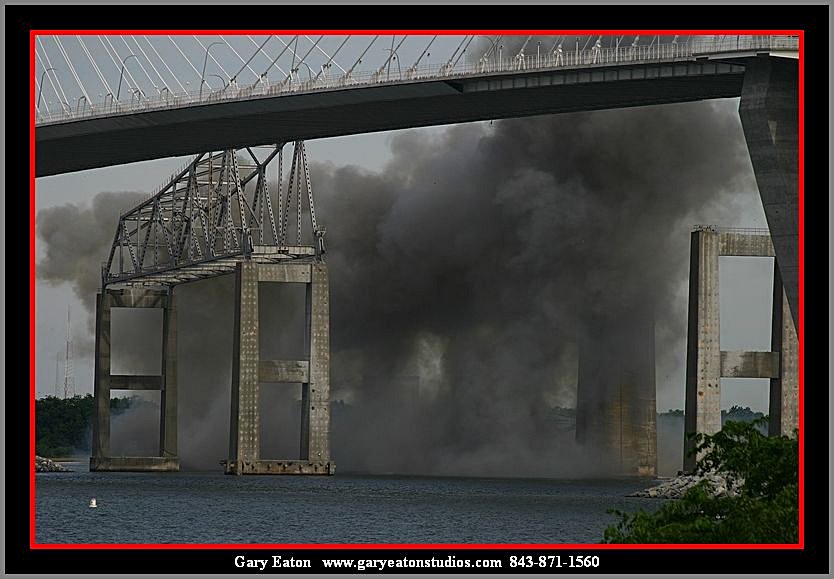 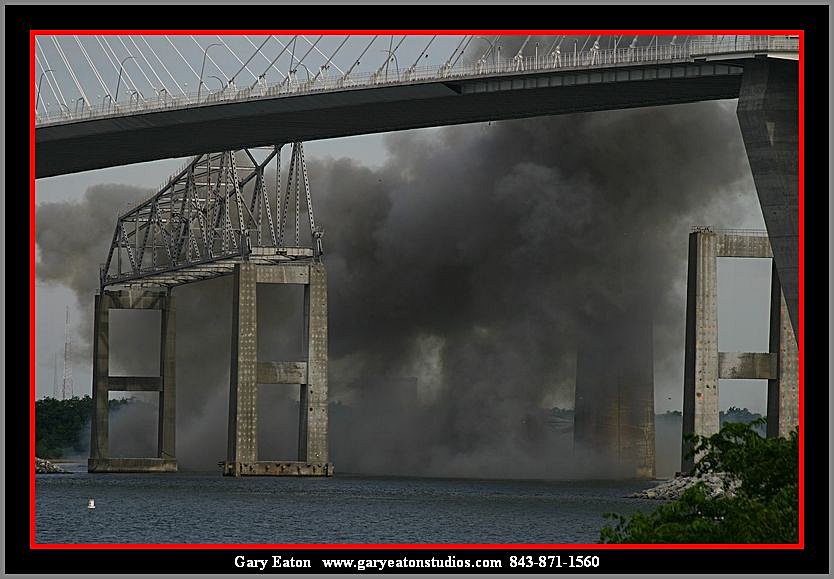 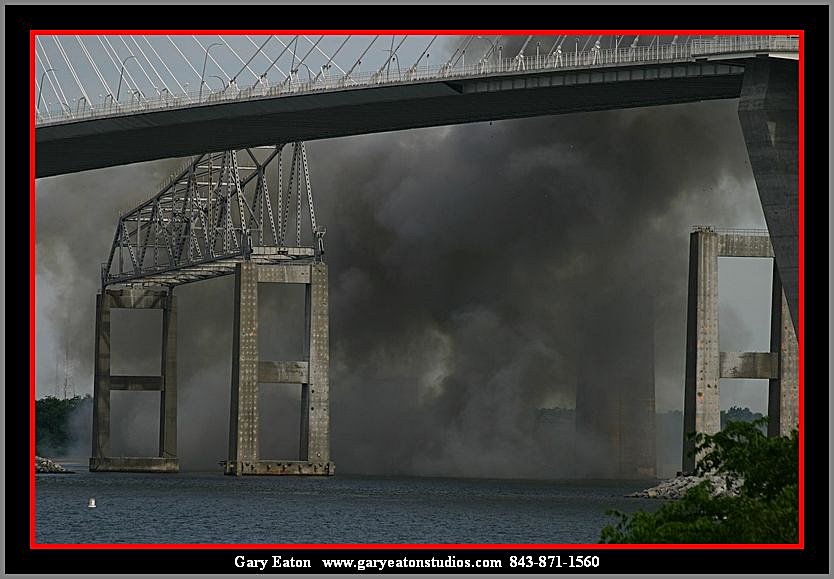 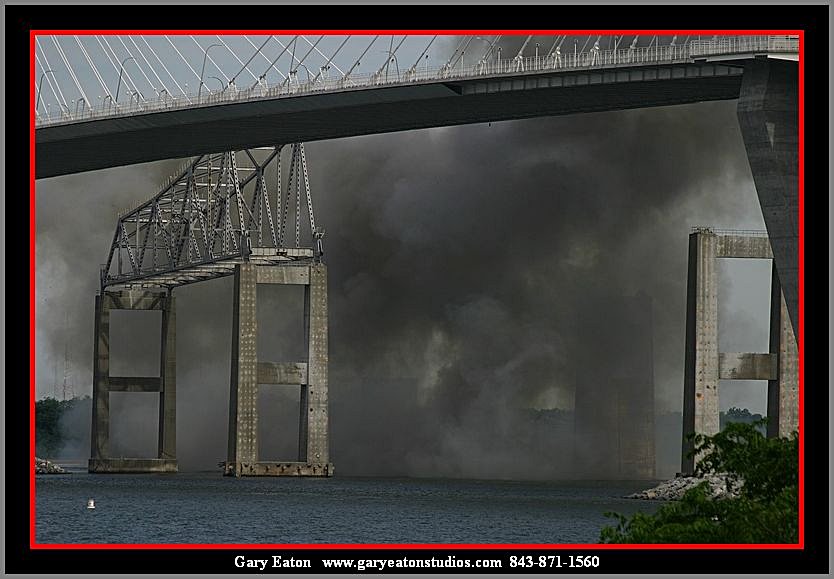 9:58:16 - this will keep Michael, Jackie and the divers off the streets for a few days. 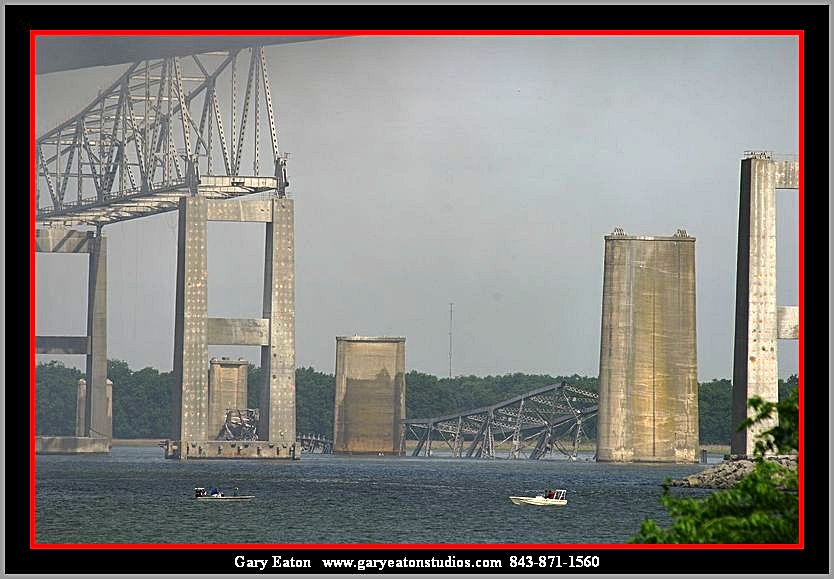 and a very pleased Oscar 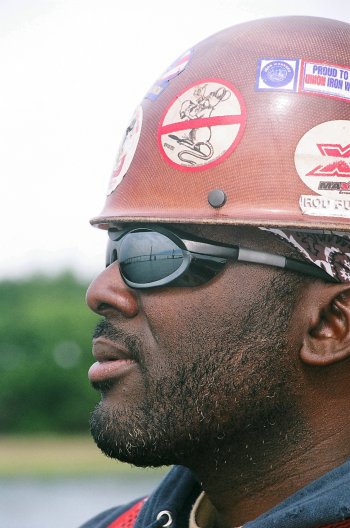