Home Meeting St East Bay Drum Island Mt. PLeasant Pearman Stories Grace Stories Implosions Enginnering Insights Stories of unbuilders Learning Links Bridge Video Bridge Blog Unbuilding Archive All Unbuilding Segments Building the Ravenel Bridge Photo Essays About me
May 21, 2006:
Unbuilding P-10
From afar - this may be a bit confused. Basically Michael is unbuilding P-10 - one of the Grace piers. The concrete Grace piers (P-7, P-8, P-9 and P-10) are constructed with two outside columns and a hollow core. I was a bit puzzled by the strategy of knocking out the center first so I phoned Ken Canty how shared the strategy with me. 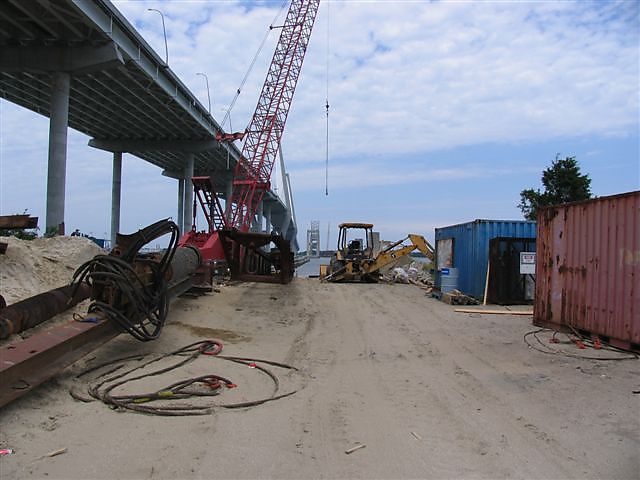 The worksite from the Mt Pleasant side - showing P-10 with its inner core partially removed. To the left is the last remaining steel Pearman structure which will be explosively dropped on Wednesday morning. 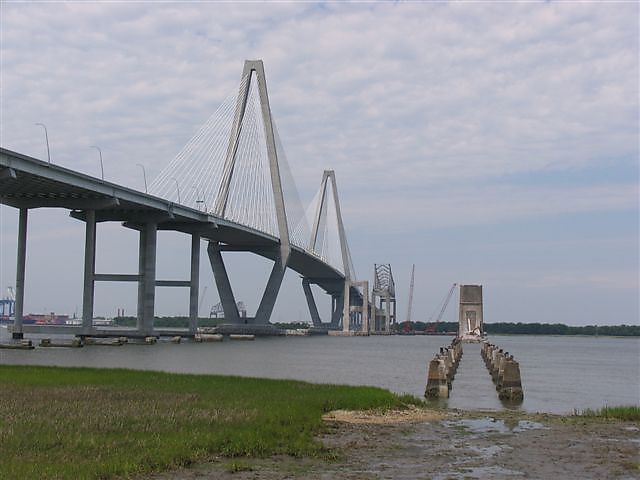 The inner core of P-10 with Mickey's John Henry drilling at the substructure base of P-11. 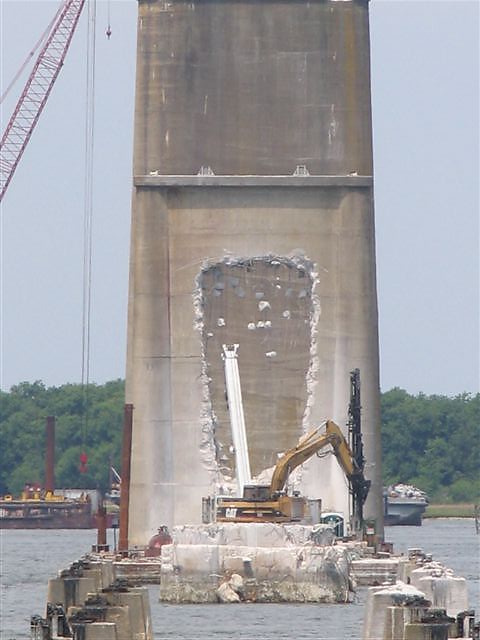 To the left, our Demolition Dynamics team is preparing the Pearman superstructure. 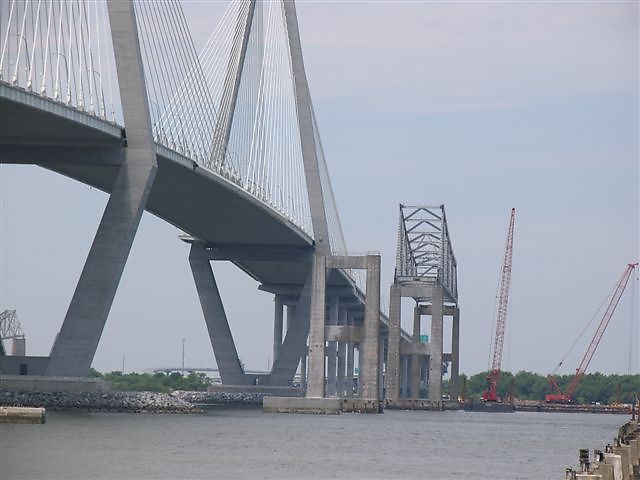 Another view of P-10 and Mickey's drilling 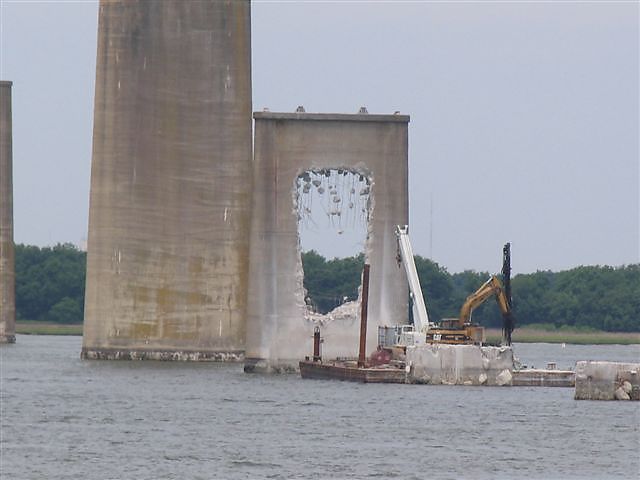 What is left. The Mt. Pleasant pier base, C-3 (C-4 was first uncapped and then dropped last week, which I missed but hope to get some photos from Mickey) then P-9, P-8 and P-7 in the background 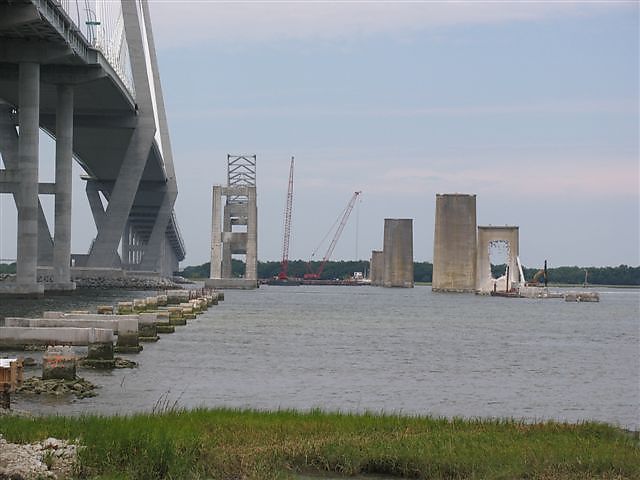 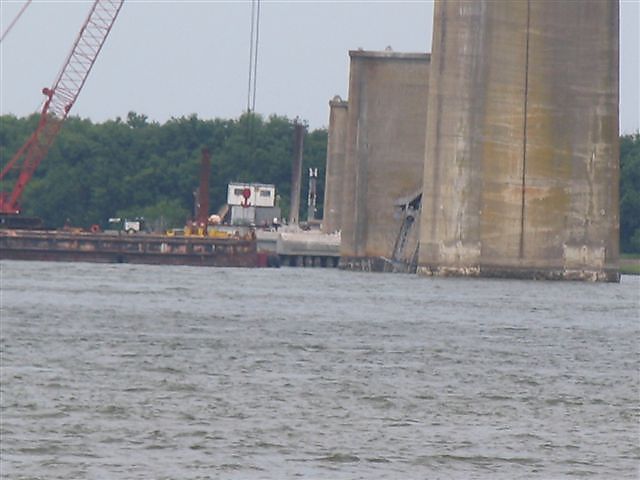 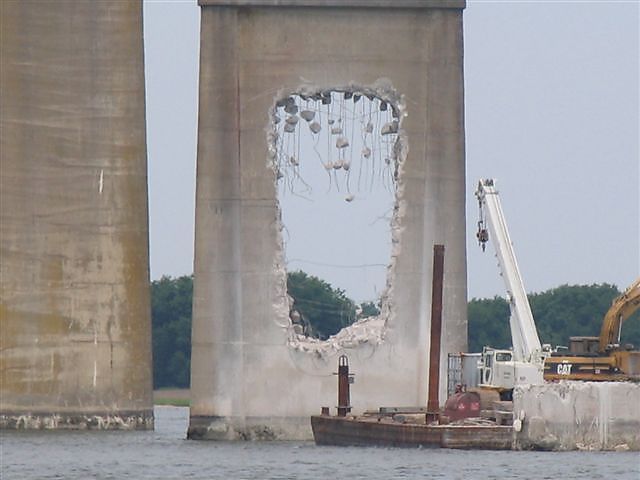 and a different view 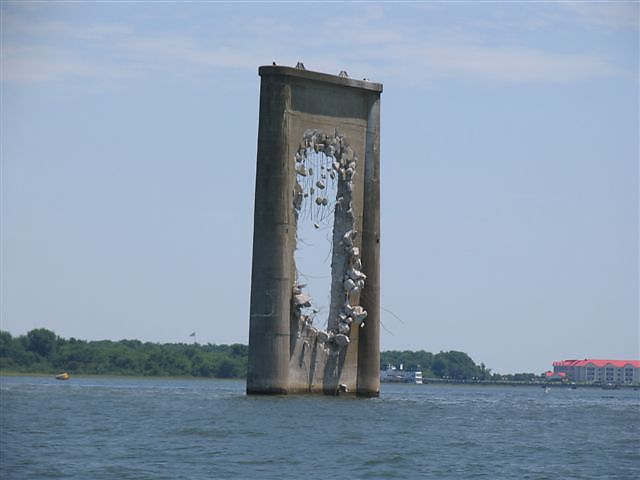 Looking toward the Motley Rice building 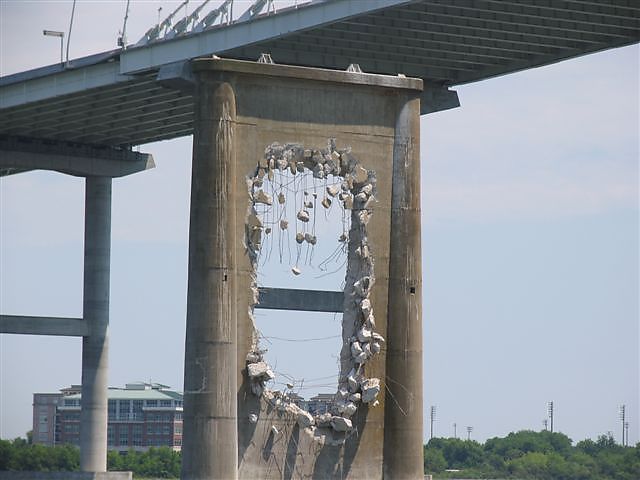 and looking toward the new condo on the Mt. Pleasant side 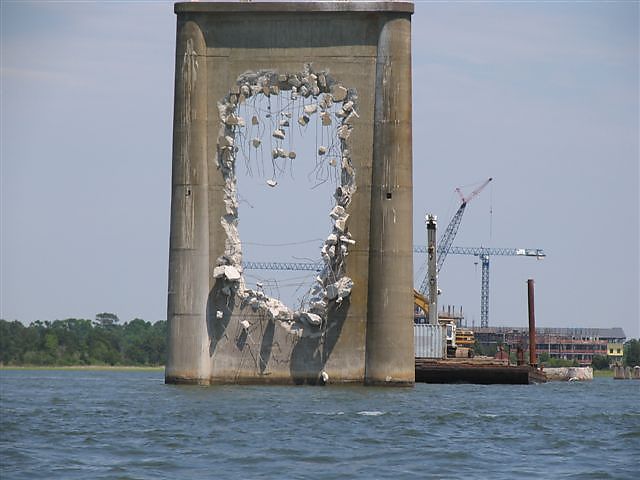 Mickey's John Henry from behind - and one of the Pearman substructures 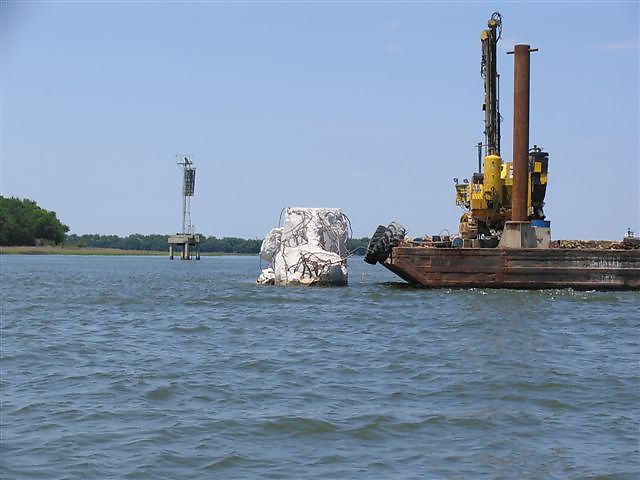 Showing P-10 -> P-7 with the Grace fragment between 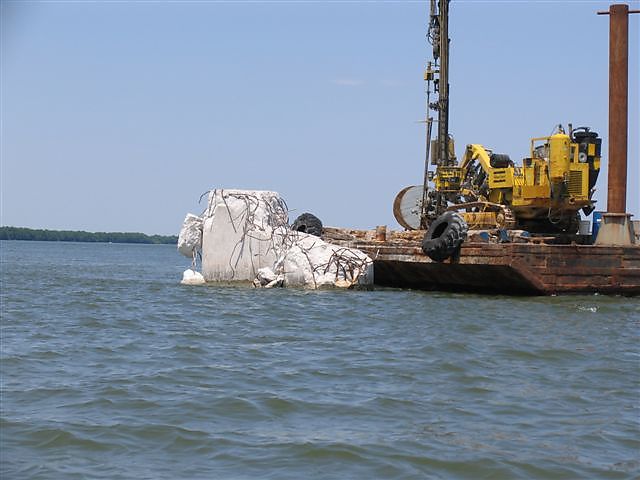 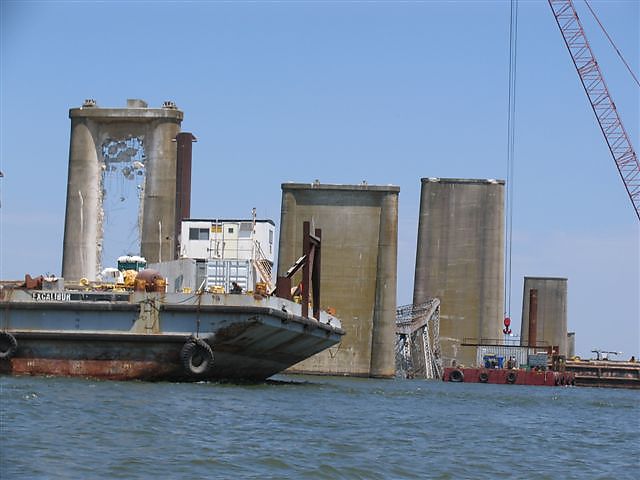 This is probablly the hammer on the left 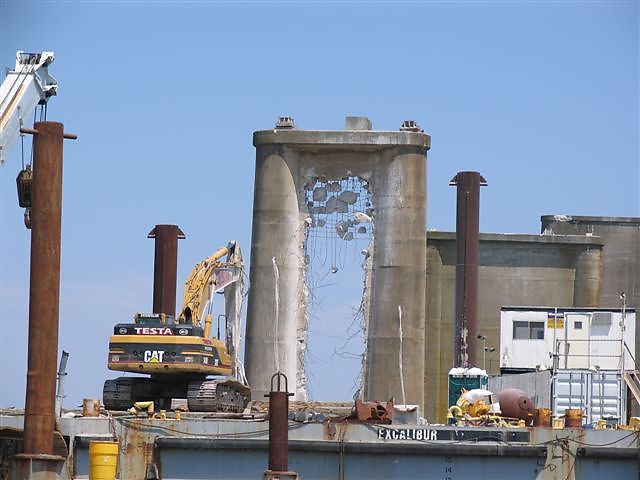 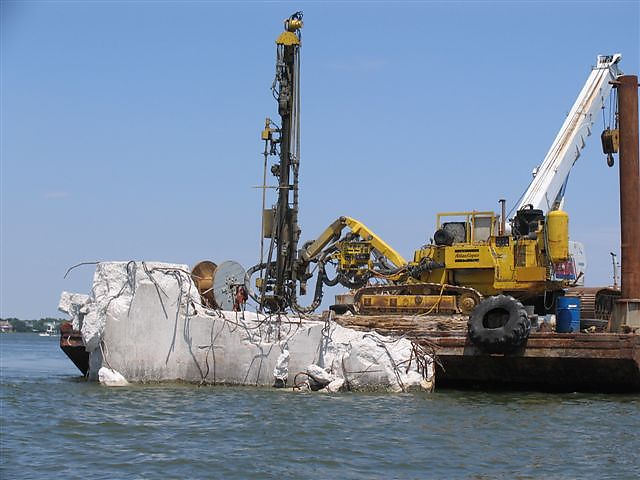 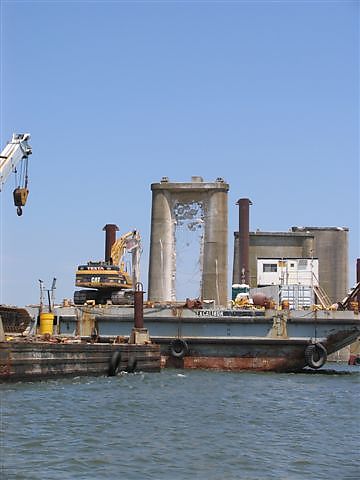 From the Drum Island side - and now I"m confused - This must be P-6? with the Grace fragment between P-7 and P-8. 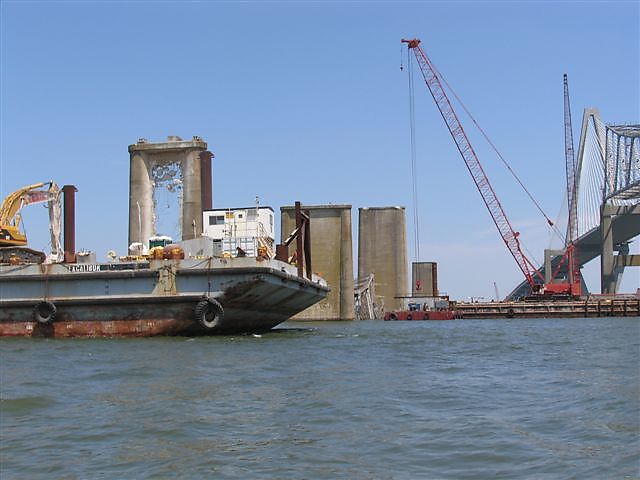