I overslept. Yesterday (Nov 1), Paul's team finished removing the girders from the Pearman approach up to East Bay - here, the last girder is being lowered. 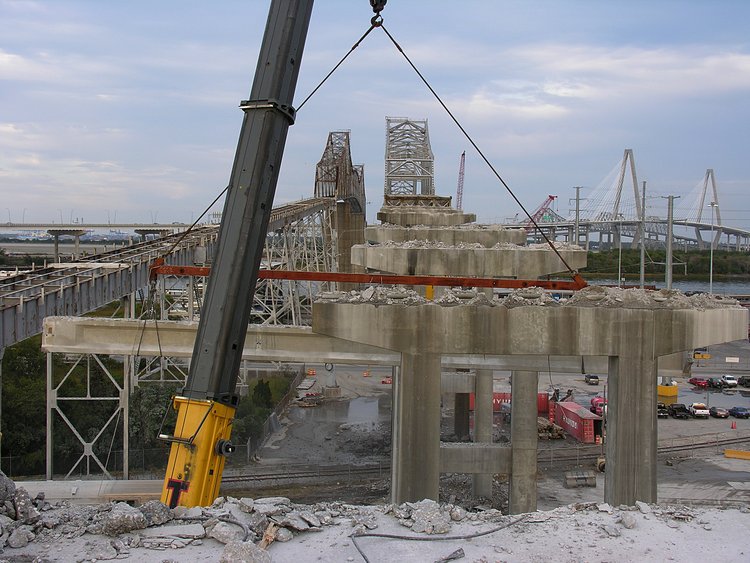 Last night, Neil's team would cut and remove the roadway over the Ravenel approach. The only problem is I managed to make it over to the site about 4am, just in time to watch the cleanup. Here is an overview - exposed girders and cleaning up below. 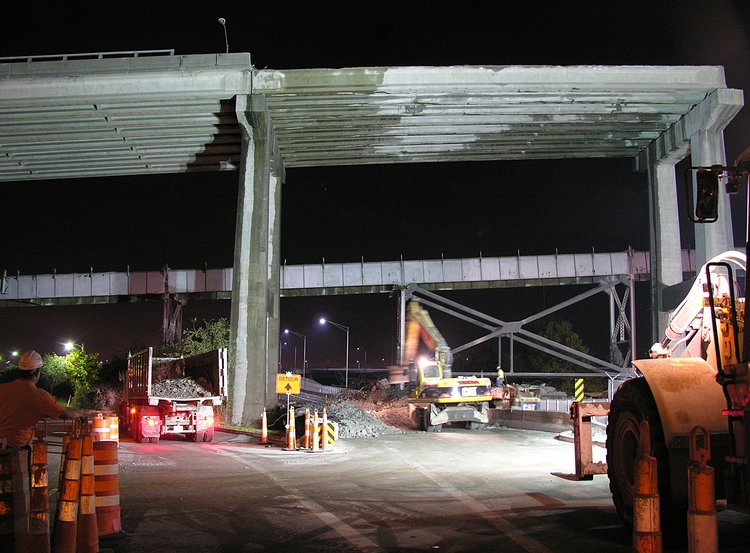 So again, it was fun to capture with long exposures, the stationary structures and the moving machines and workers. 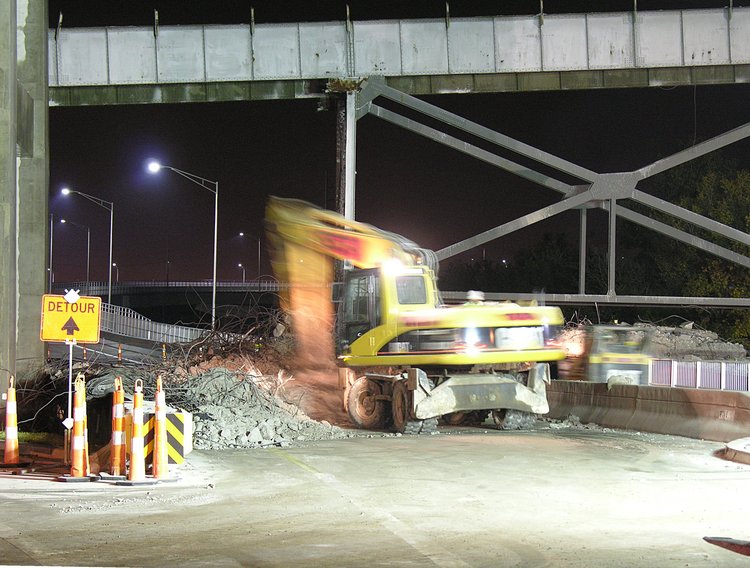 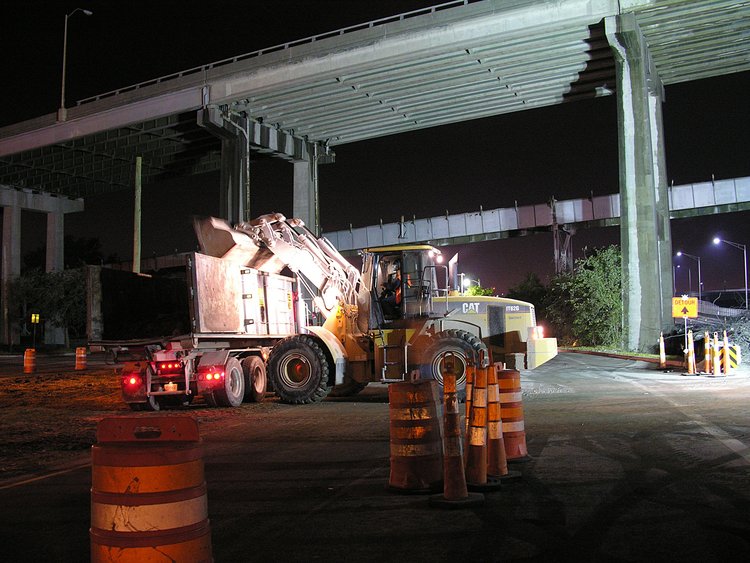 Night photos are fun, because you can see through the arms of a loader and watch someone (I need to meet) directing the process. 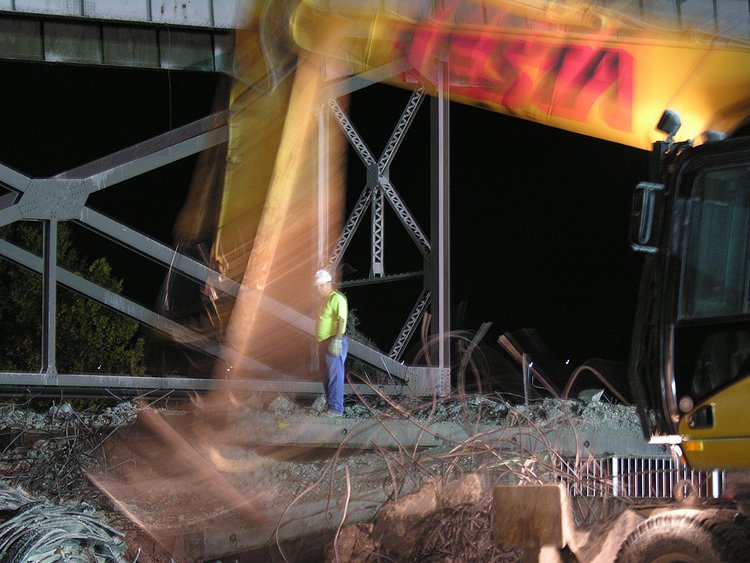 A different view showing the large tembers used to protect the roadway. 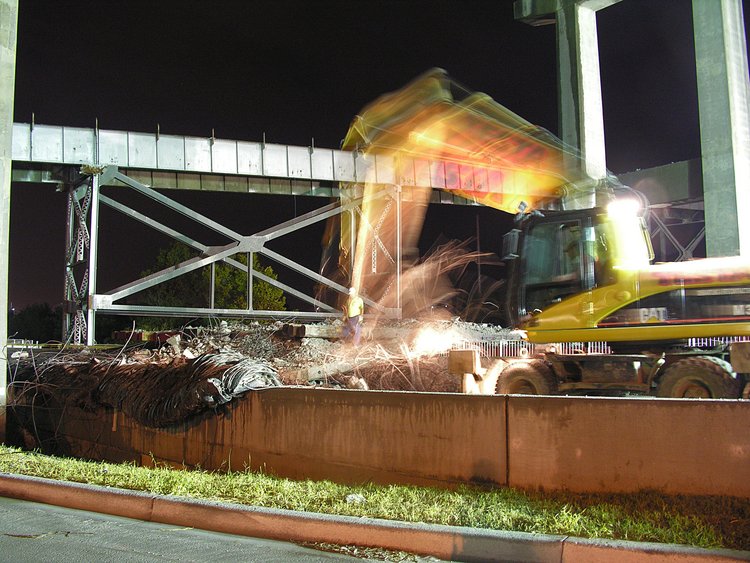 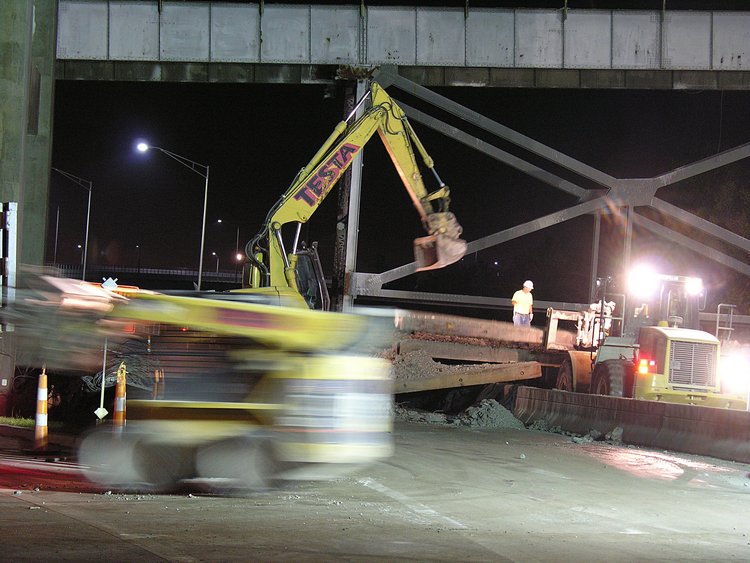 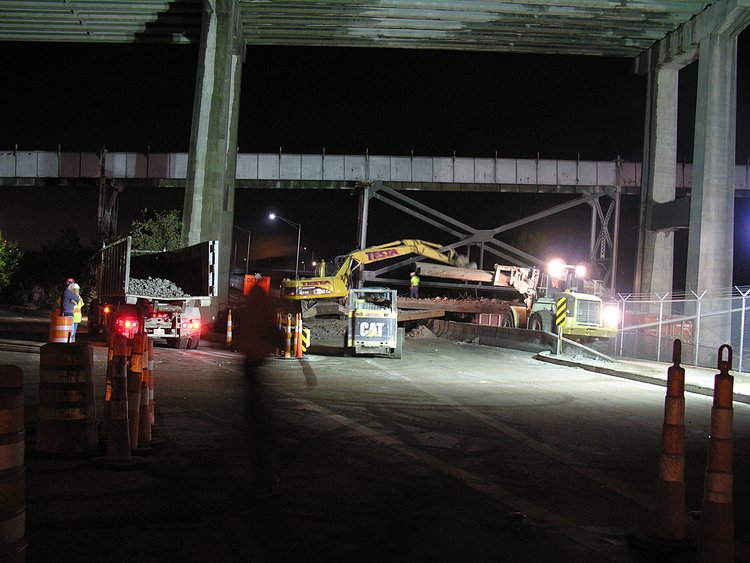 Neil, to the right with his arms folded, has completed his conducting of the night symphony orchestra 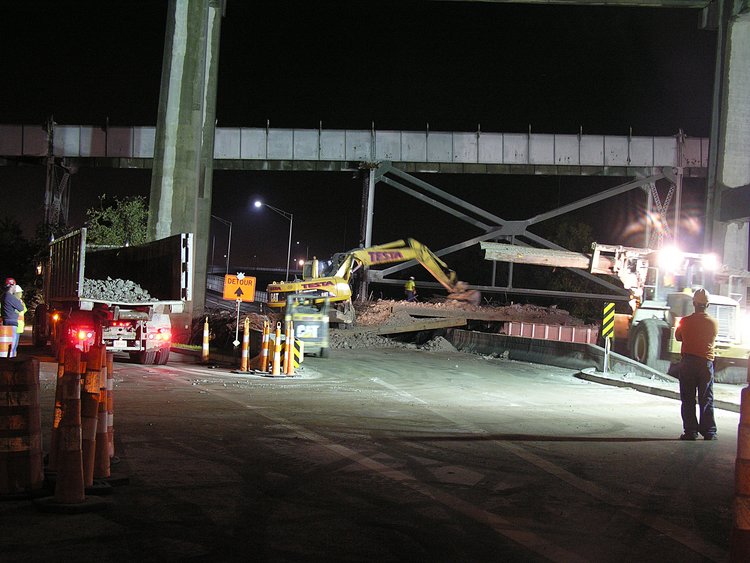 More cleanup of debris on the temporary wooden floor 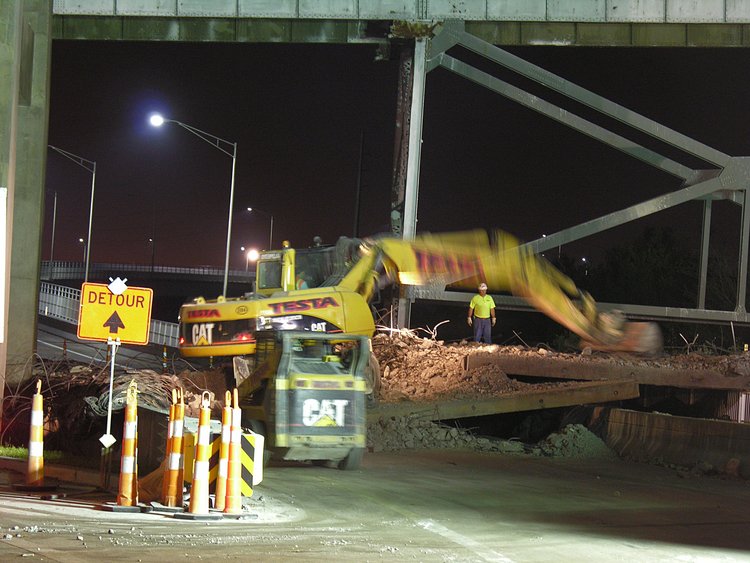 As some of the temporary floor is cleaned, it is removed as Neil inspects the progress. 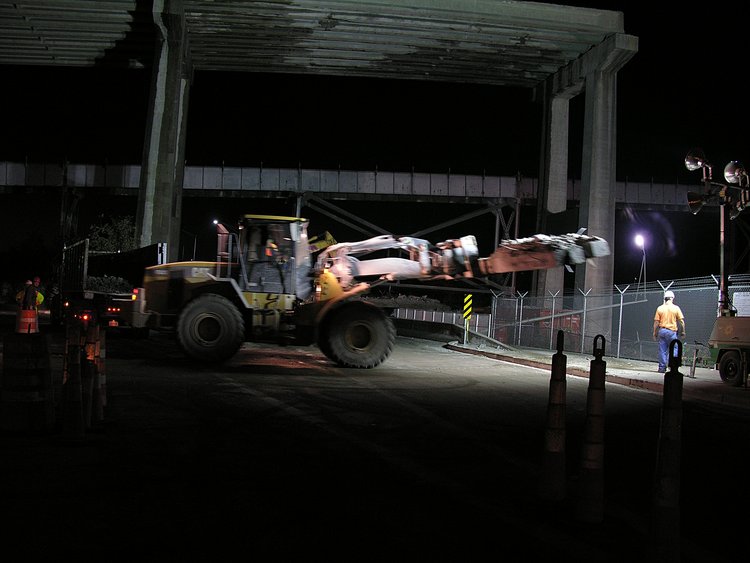 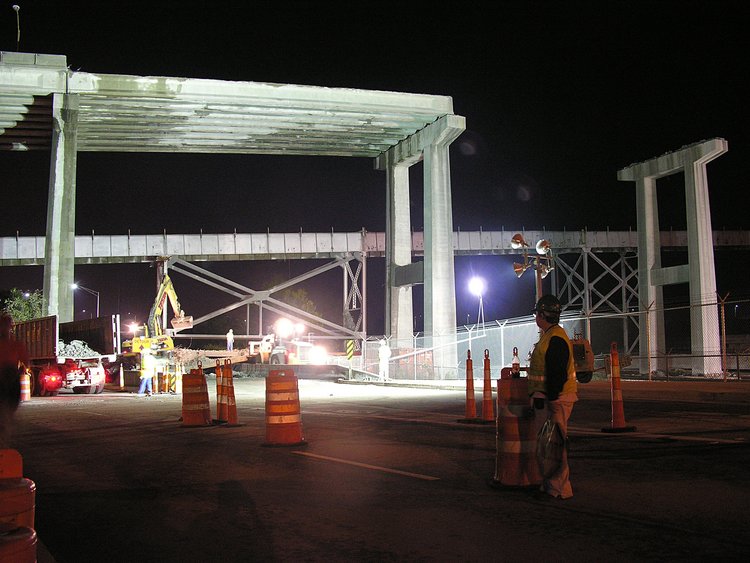 while Richie empties his bucket of small pieces of debris 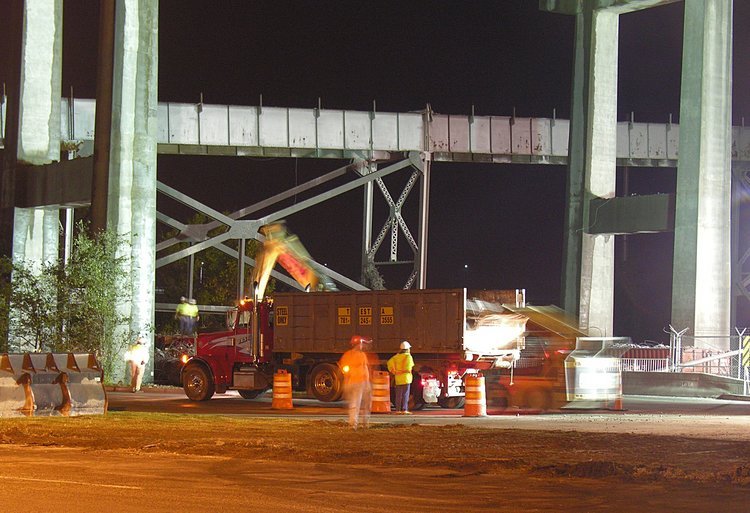 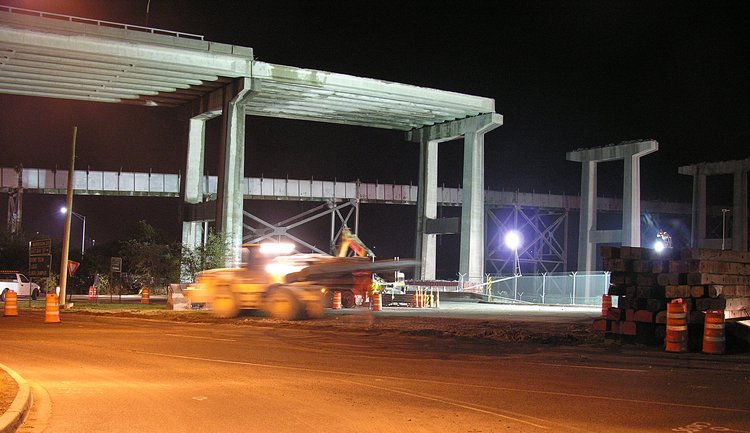 Tonight, I'll sleep less and follow the 7550 lifting the girder skeleton. I discovered the 550 represents the lift capacity of the Grove 7550 - but the 7? What does that mean?