Home Meeting St East Bay Drum Island Mt. PLeasant Pearman Stories Grace Stories Implosions Enginnering Insights Stories of unbuilders Learning Links Bridge Video Bridge Blog Unbuilding Archive All Unbuilding Segments Building the Ravenel Bridge Photo Essays About me
November 9, 2006: Fishing with Michael and his 1250
What a pleasure to have come to know Michael, Jackie, Richie and their friends. Michael and Chris are about all that remains of the Testa group, but here is Michael and his 1250, refitted for fishing. Today he is pulling Grace segments from the Cooper River and perhaps some debris from the old collision between a ship and the Grace bridge - way back when. 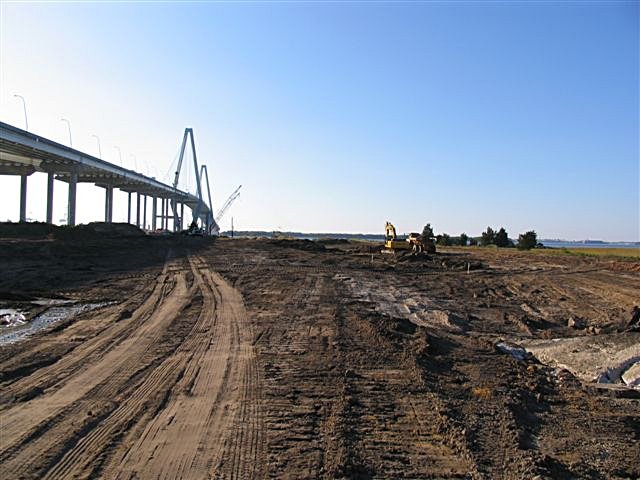 - a couple of cranes and a bit of fetching and toting going on. Here, fetching a load of dirt 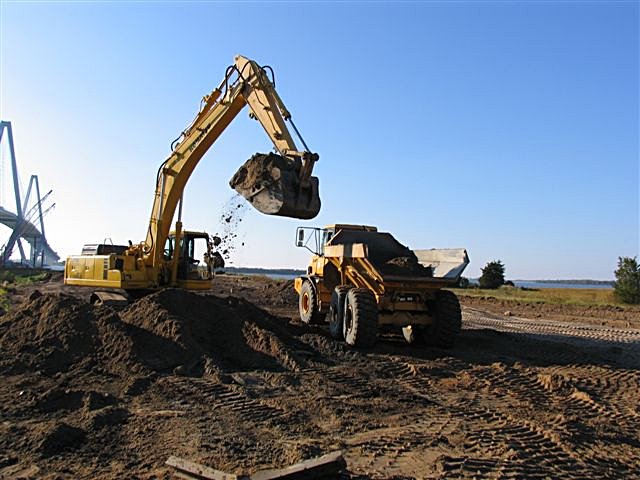 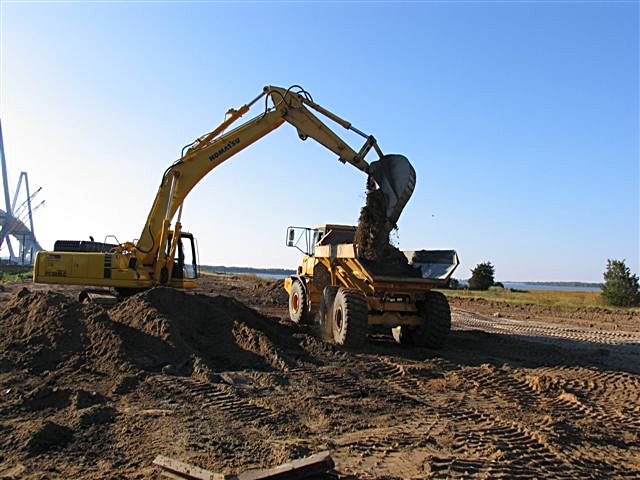 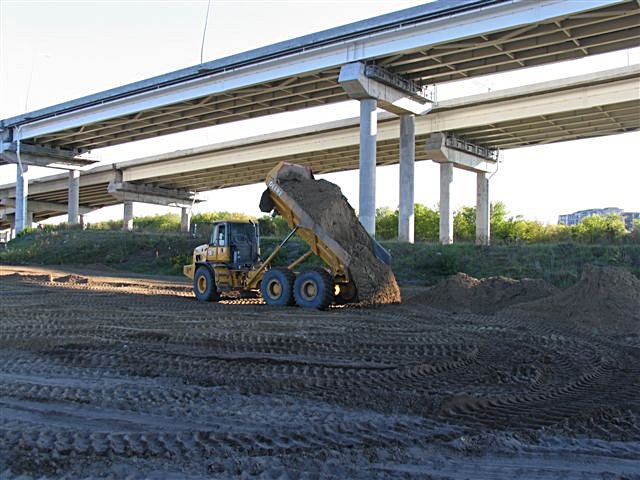 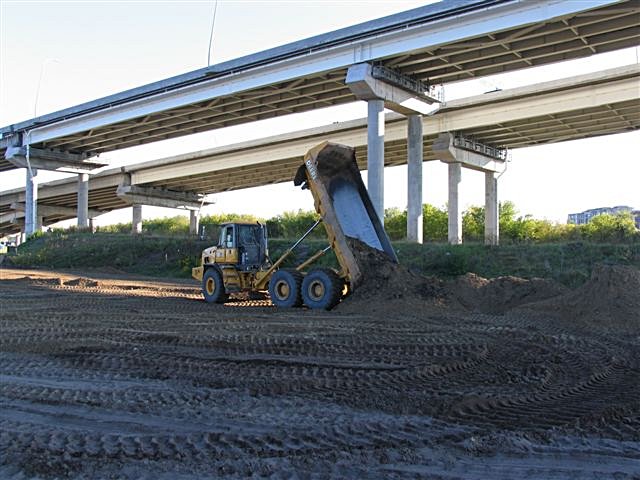 Now Michael and his refitted 1250 - jaws for fishing 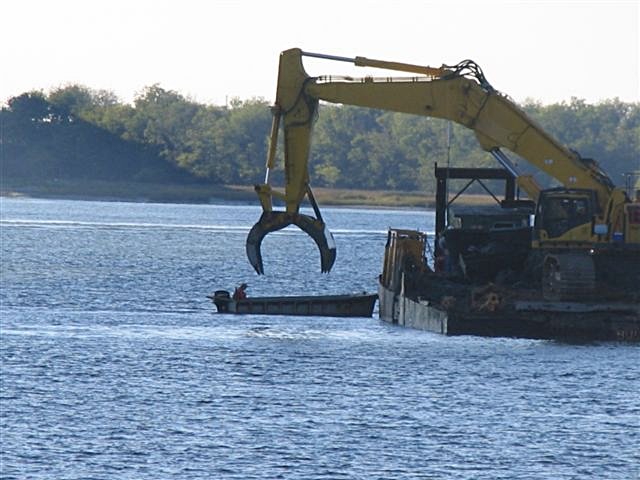 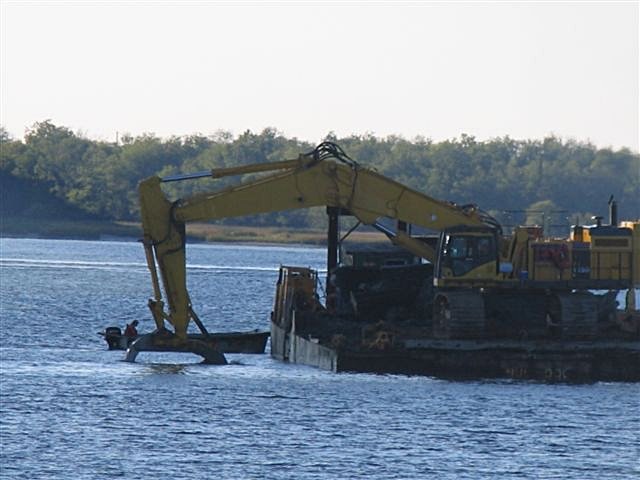 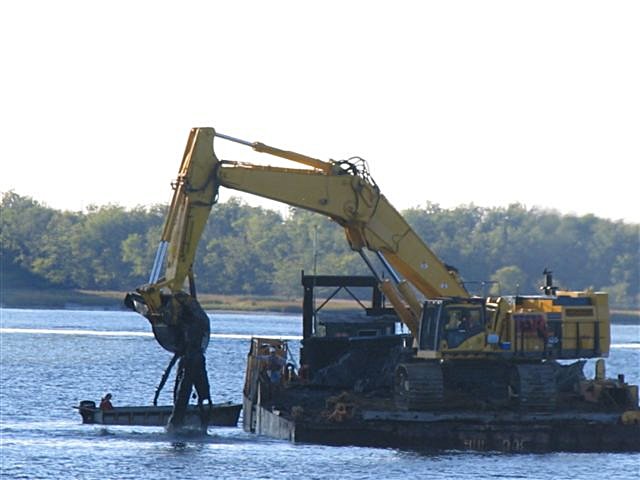 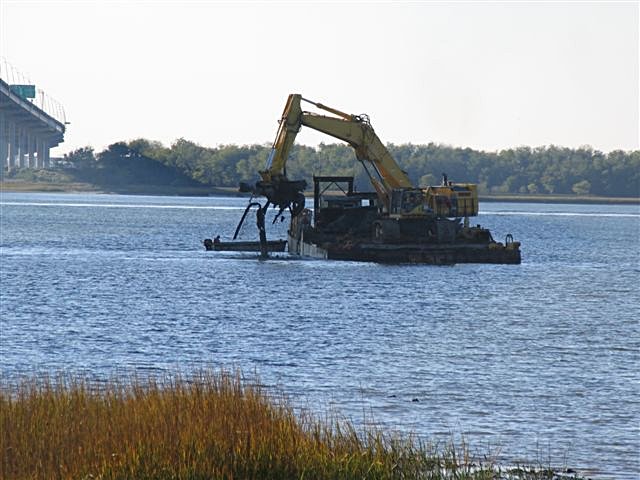 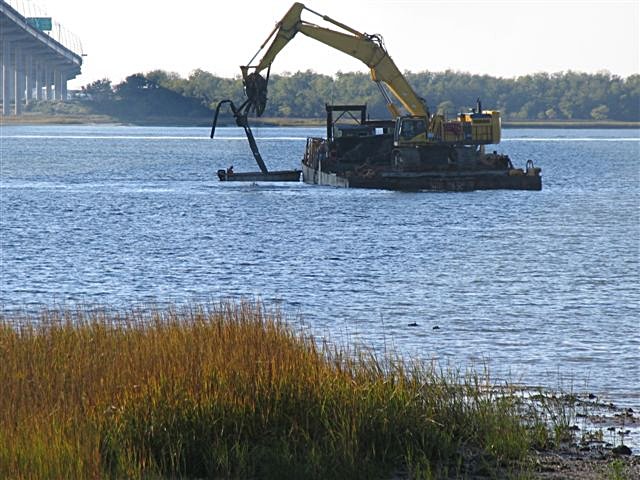 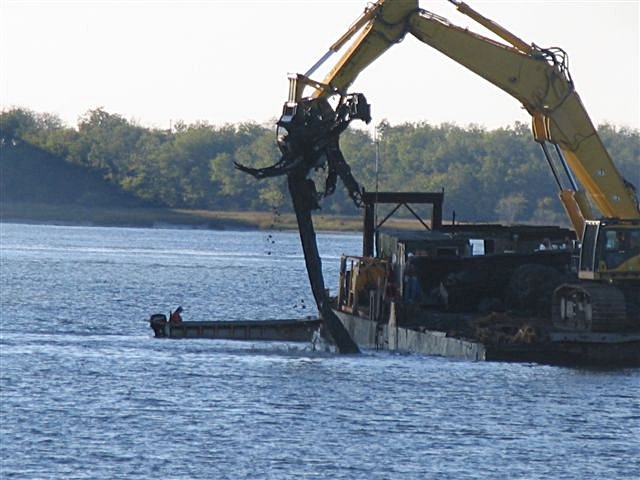 and deposit on the barge 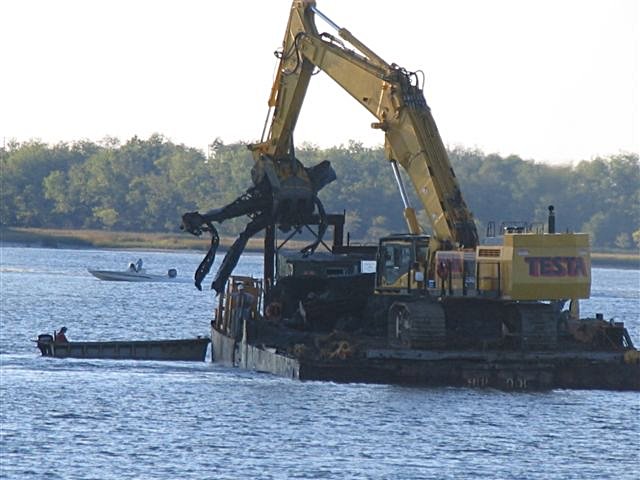 Then back to the water. 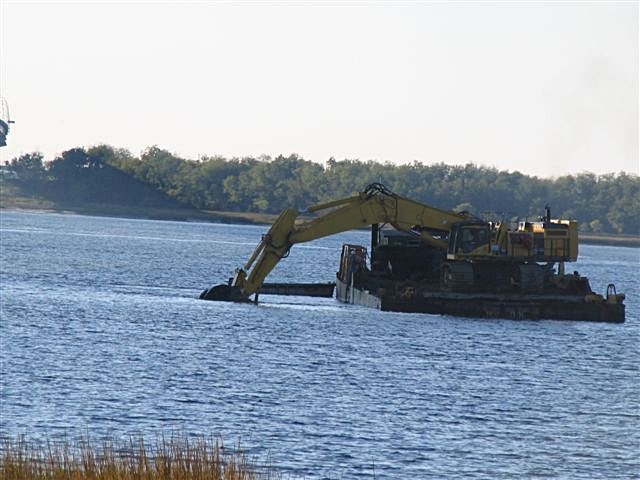 Here, instead of High Reach we have Deep Reach 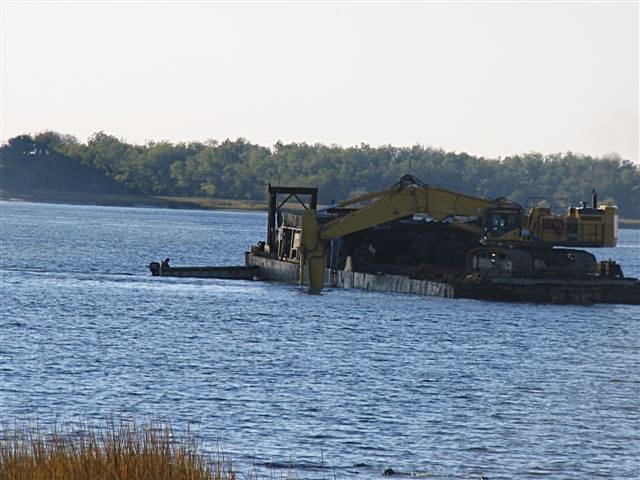 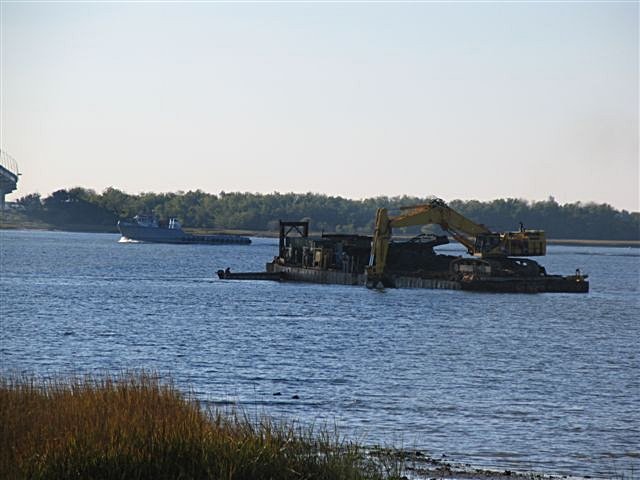 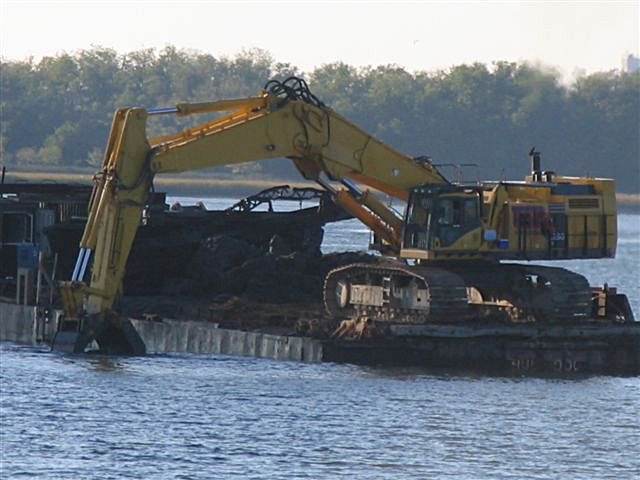 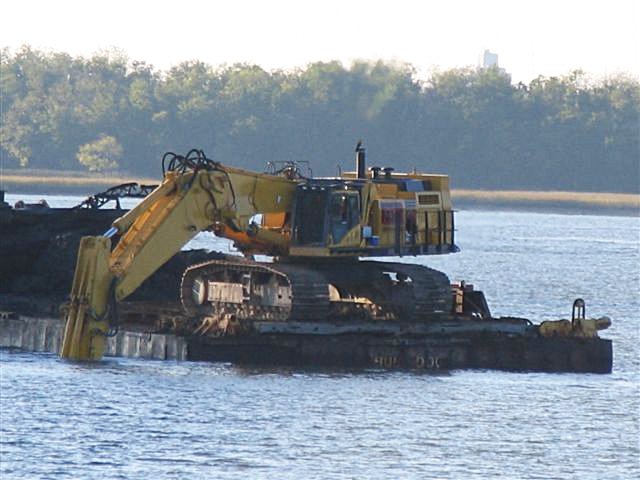 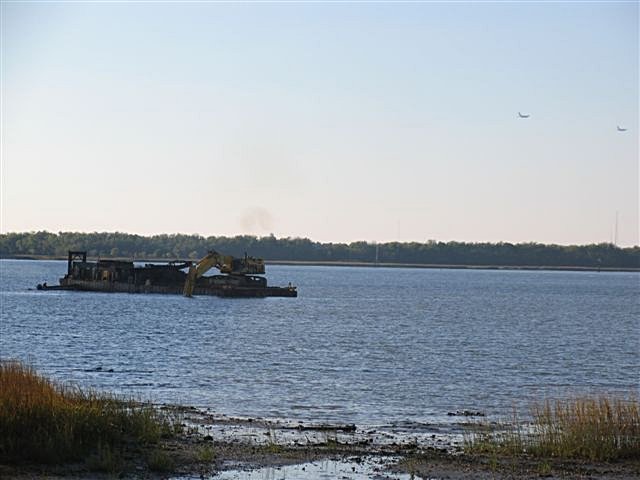 and a look at the Mt. Pleasant pier worksite 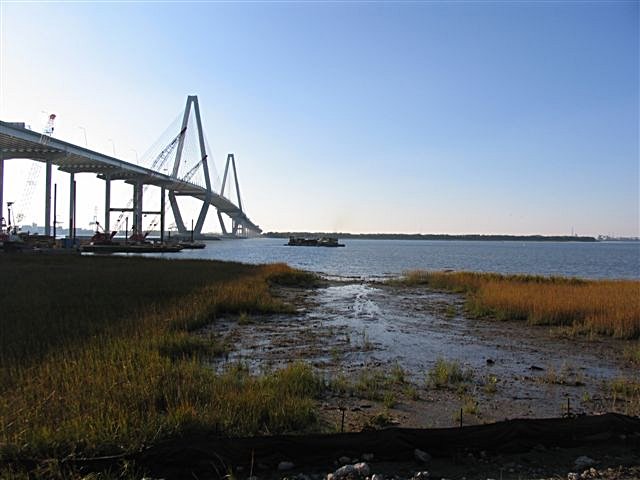