Meanwhile at the port, Manny and Chris are getting an extension-job on their cranes - Chris' 7550 and Manny's red crane 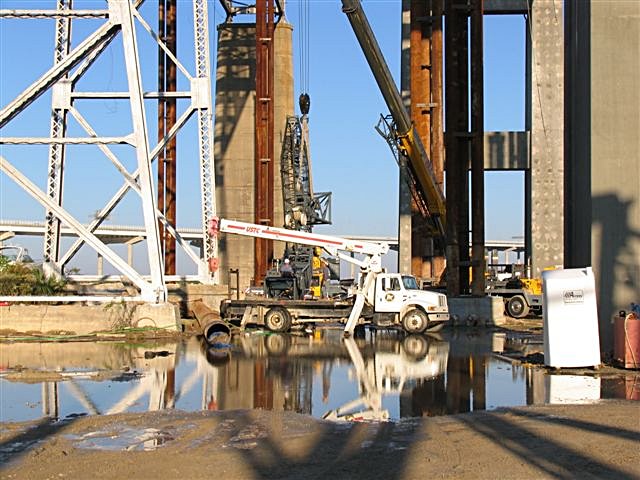 A look at the completed Pearman supports 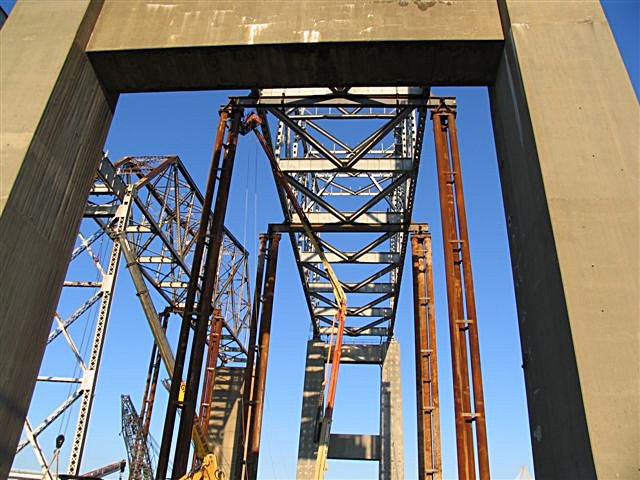 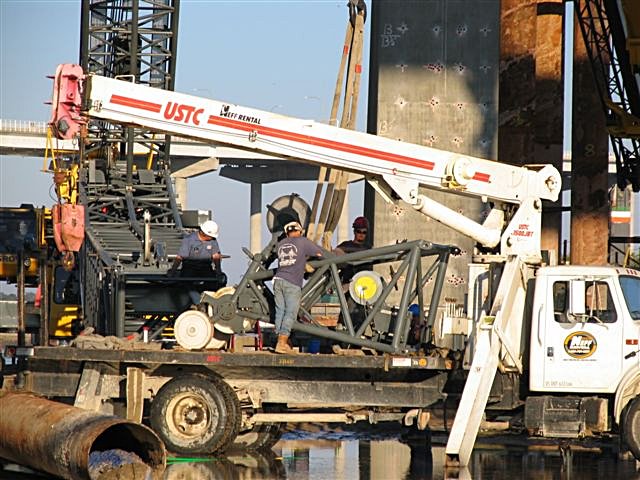 and attaching it to the boom 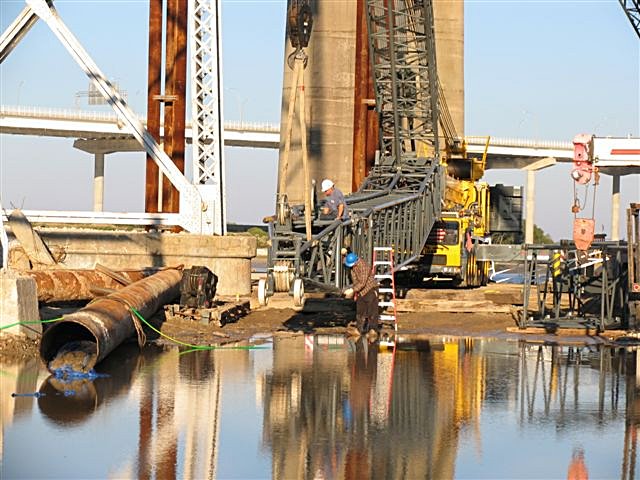 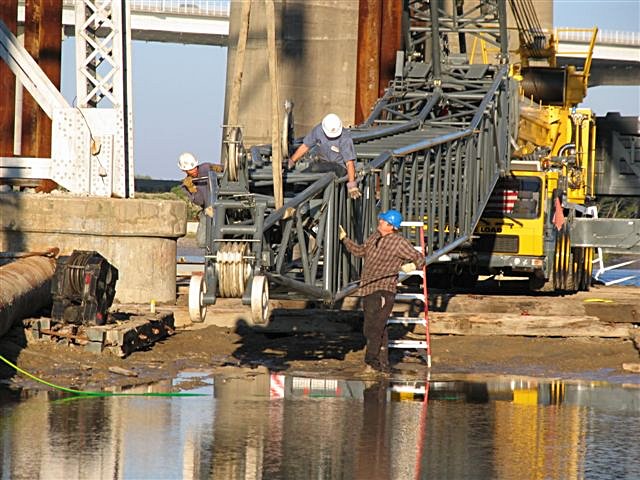 and prepare to encourage the pin 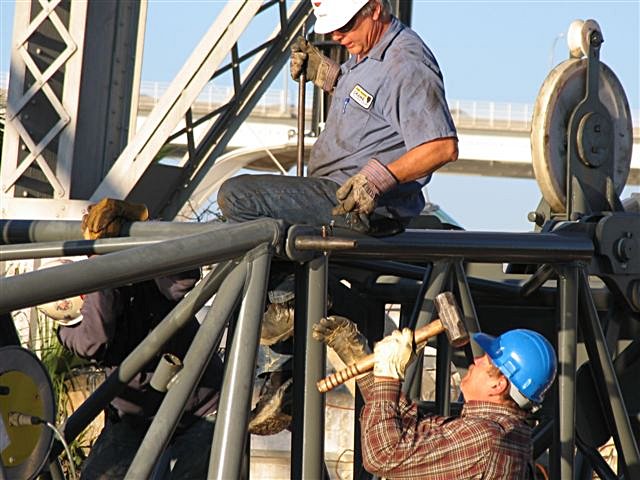 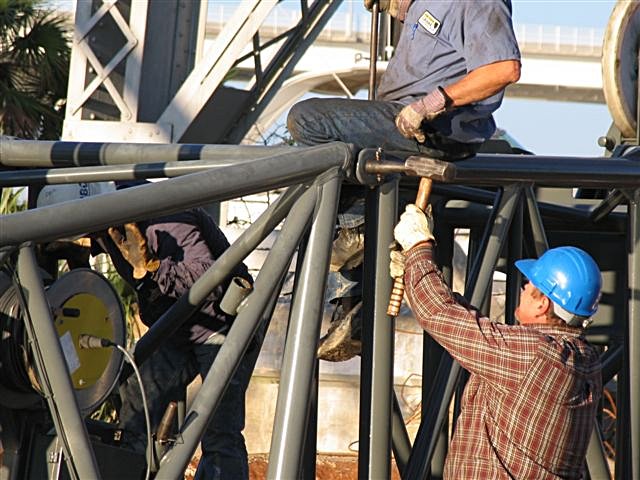 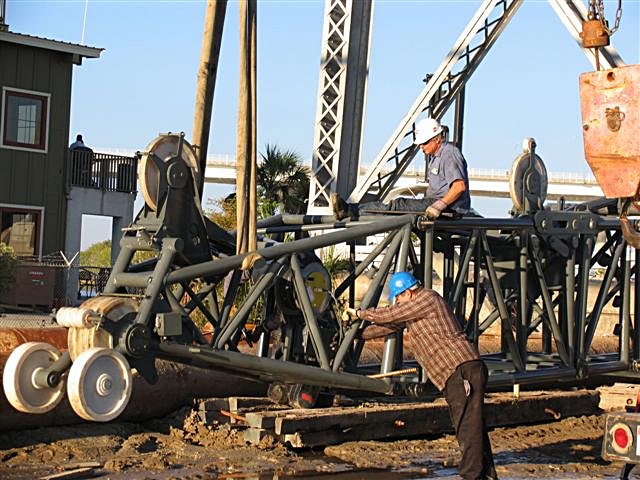 which a side glance from Nugget 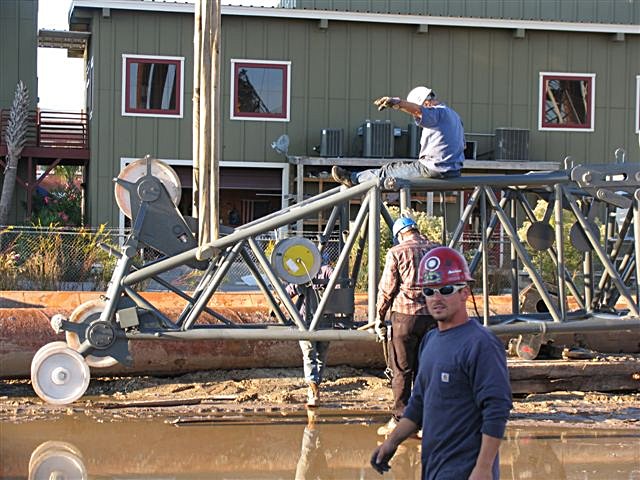 Here Chris is lifting the section - and look at Sparky's shadow 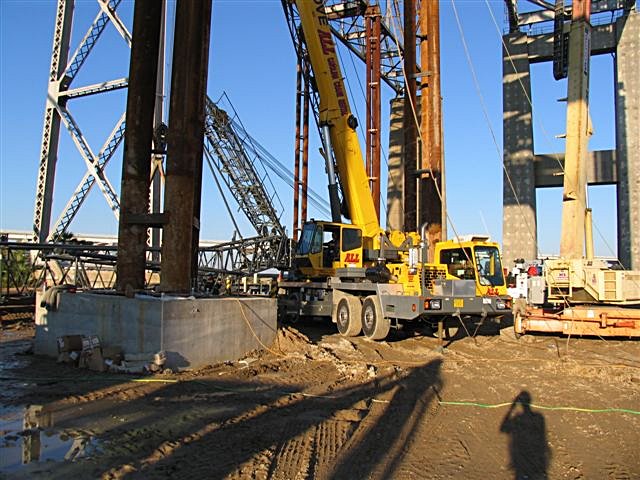 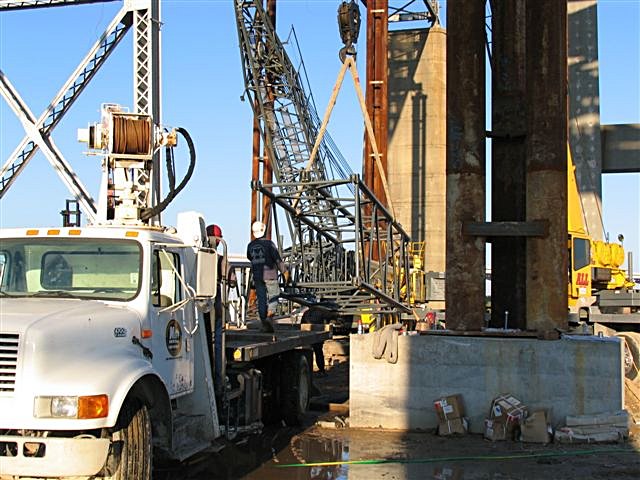 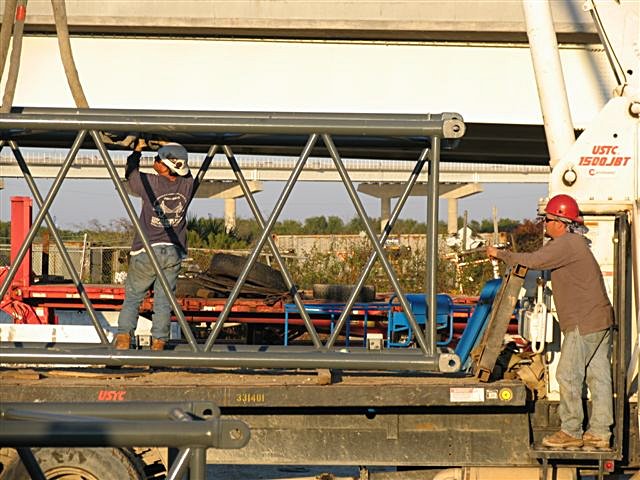 into the off position 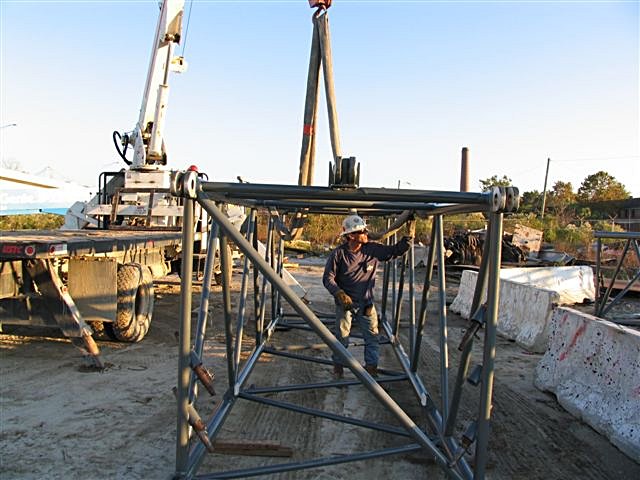 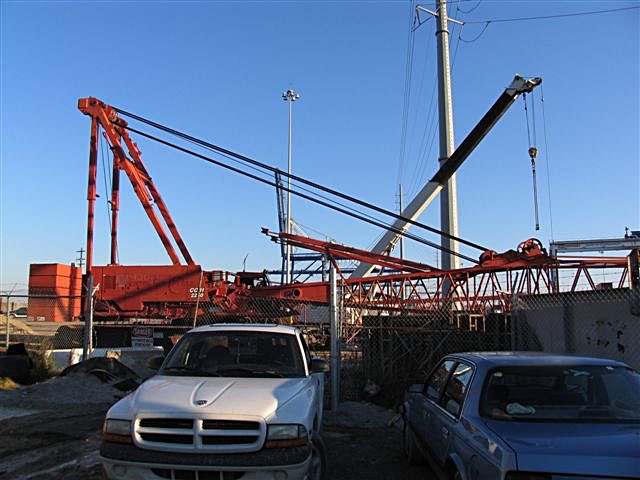 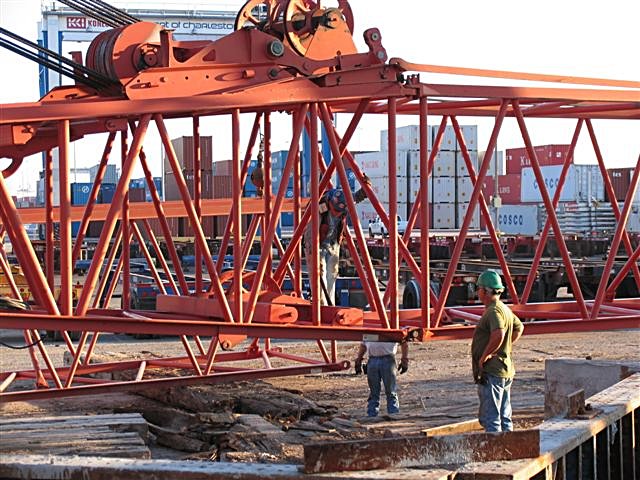 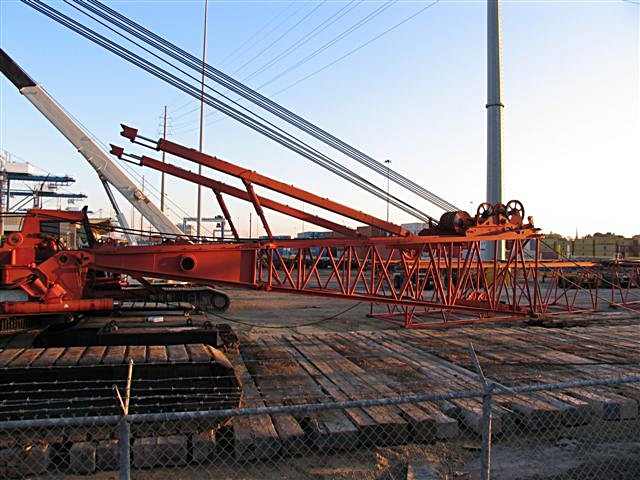 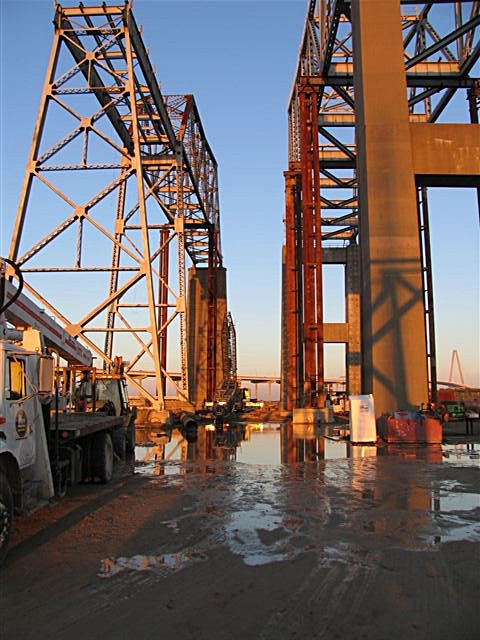