East Bay has a different look. Its about 7am and the next set of girders was removed (last night, I think). 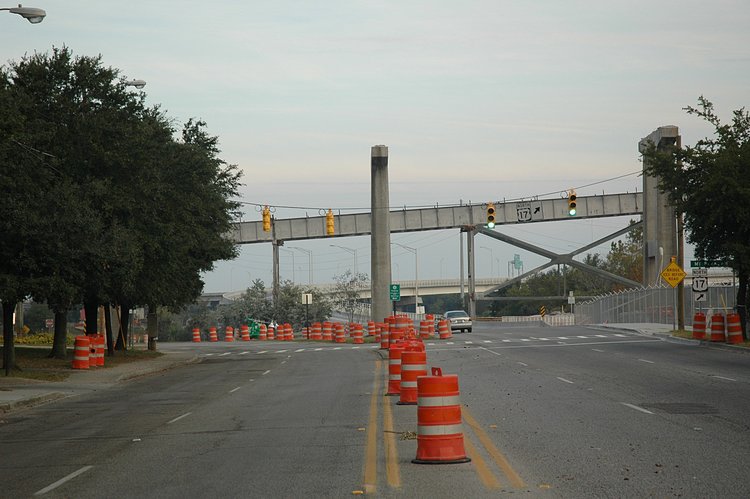 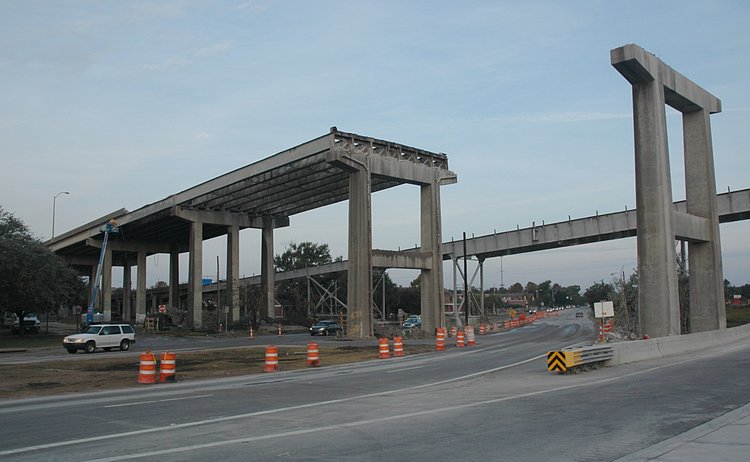 and some of the Pearman skeleton 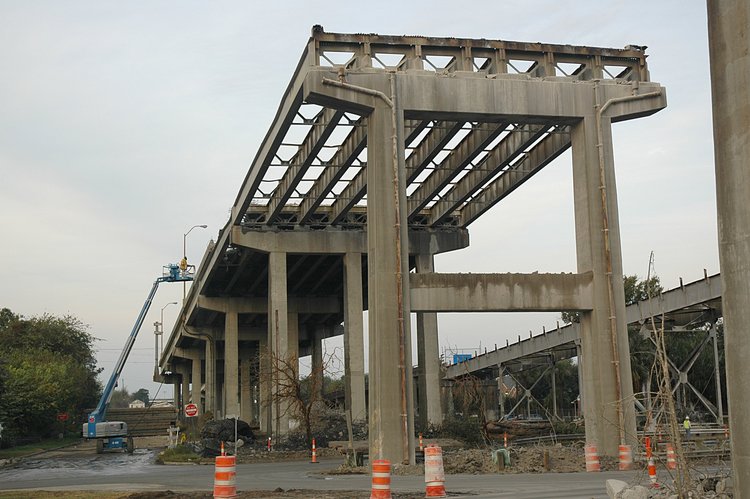 a bit further is the Pearman and Grace skeletons. Barely visible on the right side of the Pearman is the neck of the shear used to harvest concrete segments. 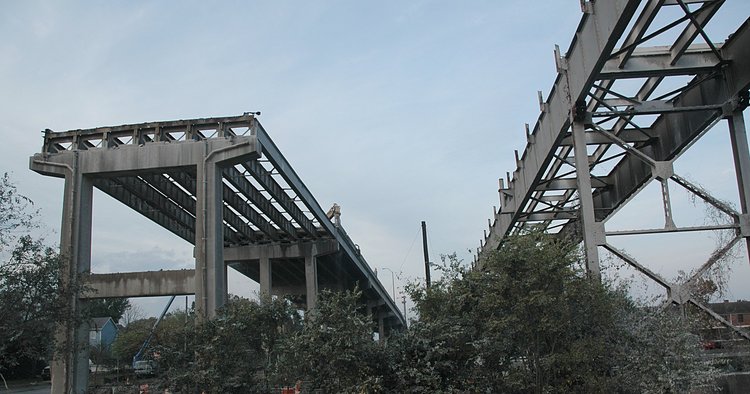 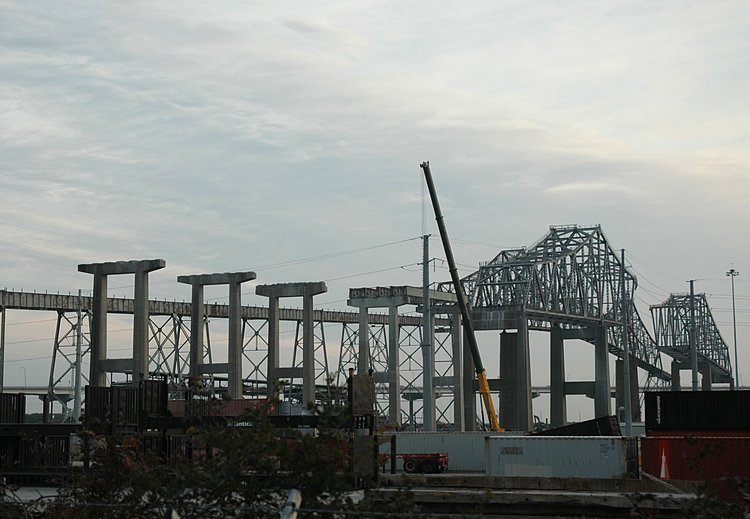 Meanwhile, on the Pearman ramp, Pio's team is busy harvesting and transporting shoulder segments - here with Brad operating the shear and Kevin operating the grapple 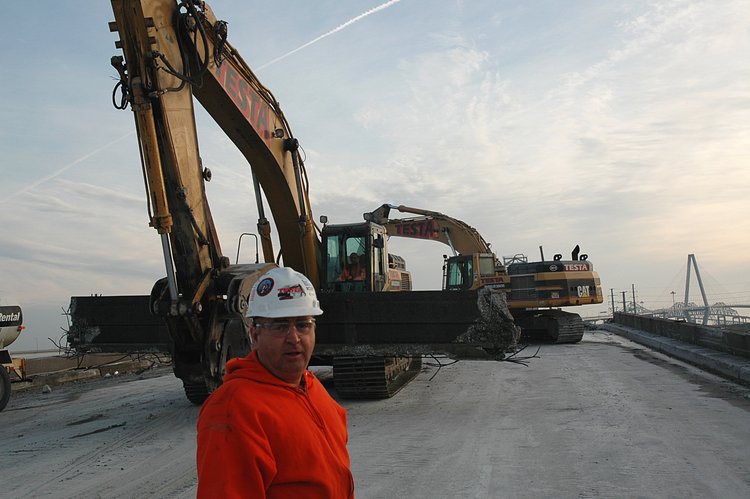 Here is Kevin with a freshly harvested shoulder 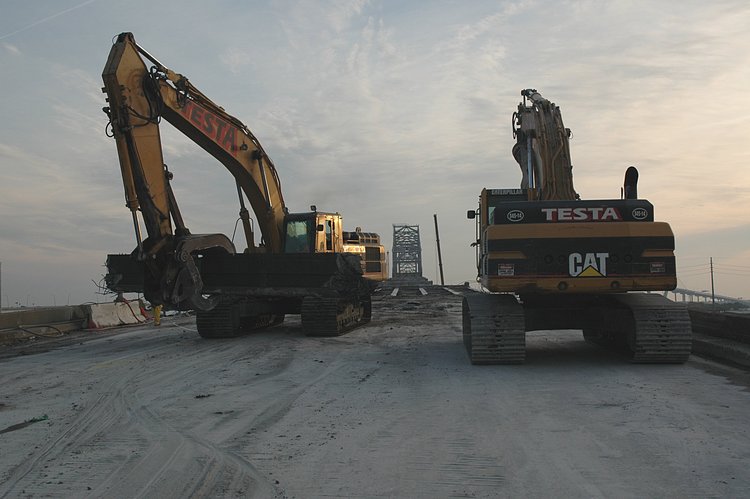 and Pio directing the harvesting 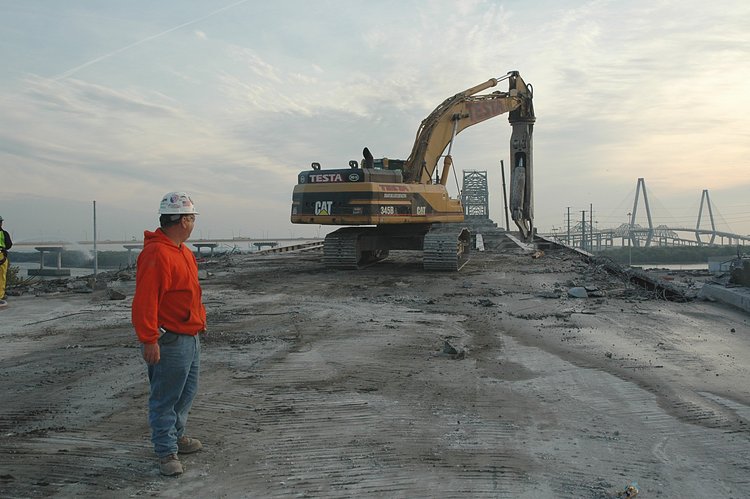 Water plays an important part in minimizing the dust 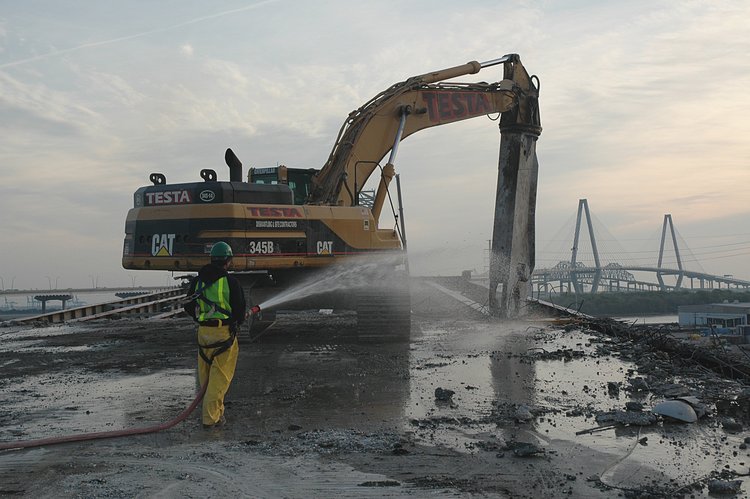 and walking back down the Pearman ramp, to the left is the current harvest of shoulders - ready for transport to the Navy yard and then for transplantation to a reef site selected by the Division of Natural Resources. 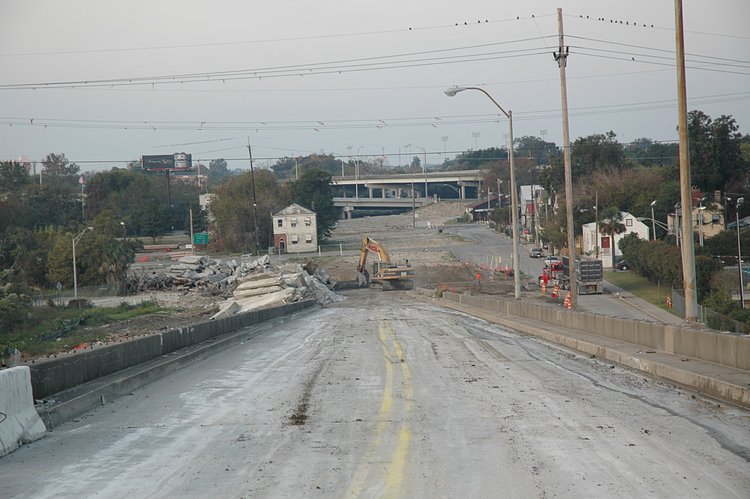