Early morning and here is an inside view of the Pearman supports (looking west), a sleeping 1250 and the Grace skeleton 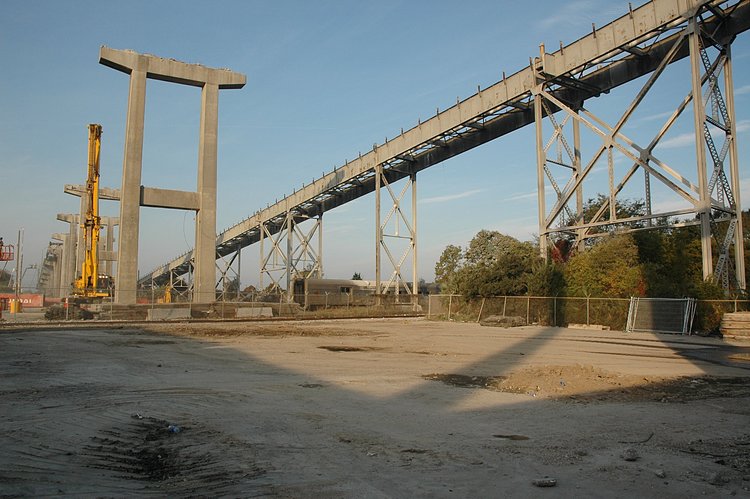 Soon the 1250 wakes up (Michael's alarm) and he starts hammering away at the top of the next pier cap. Notice to the left - the water to minimize dust 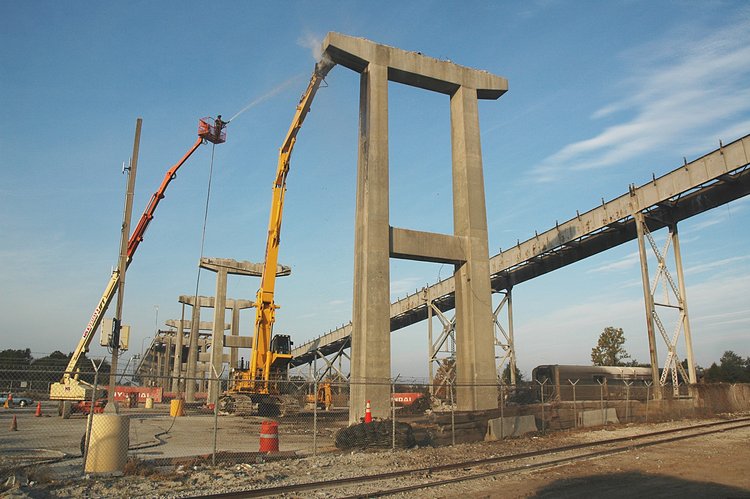 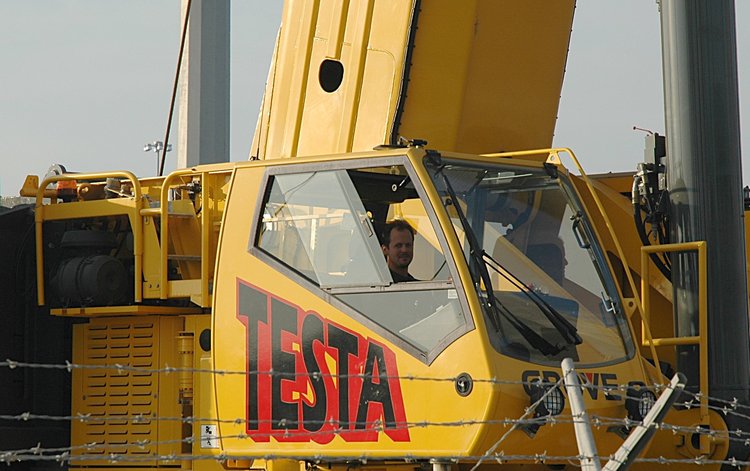 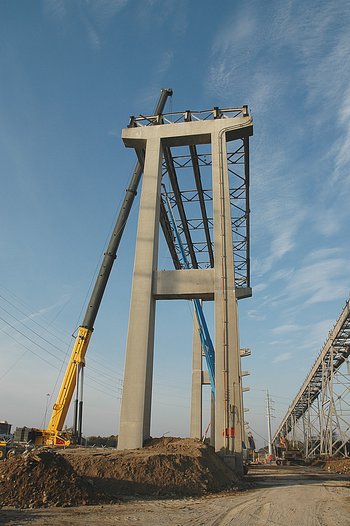 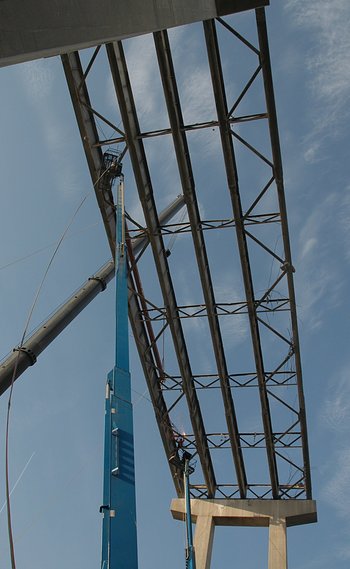 a closer look at burning 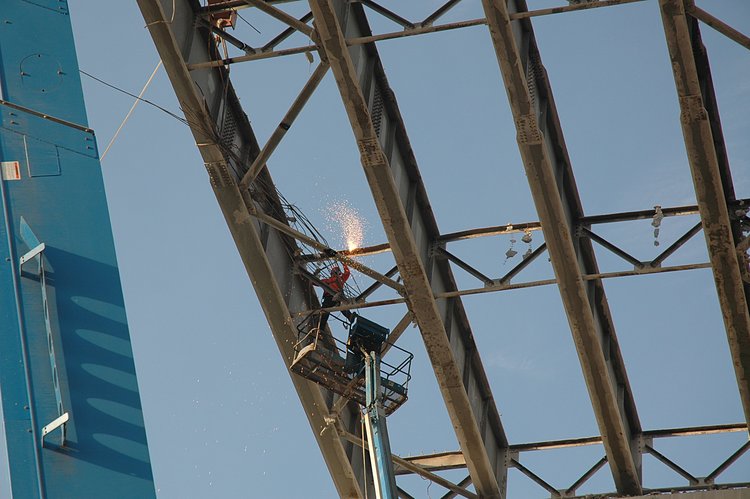 When Chris tried to lift the girder, the far end cross braces did not break - so 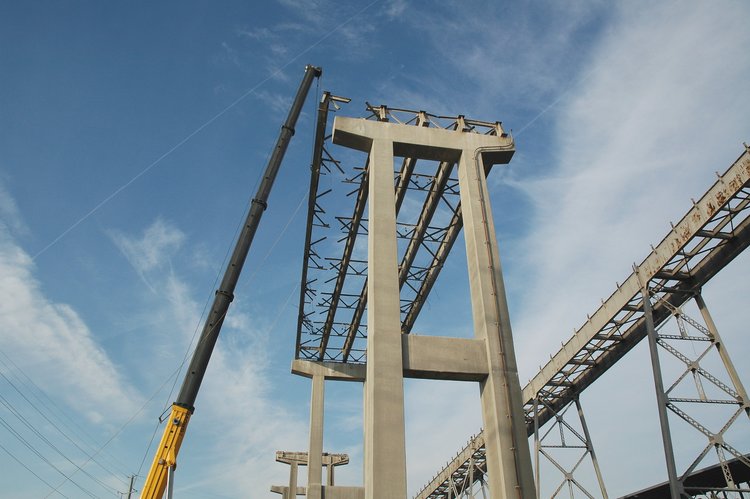 Chris placed the girder back on the near pier cap 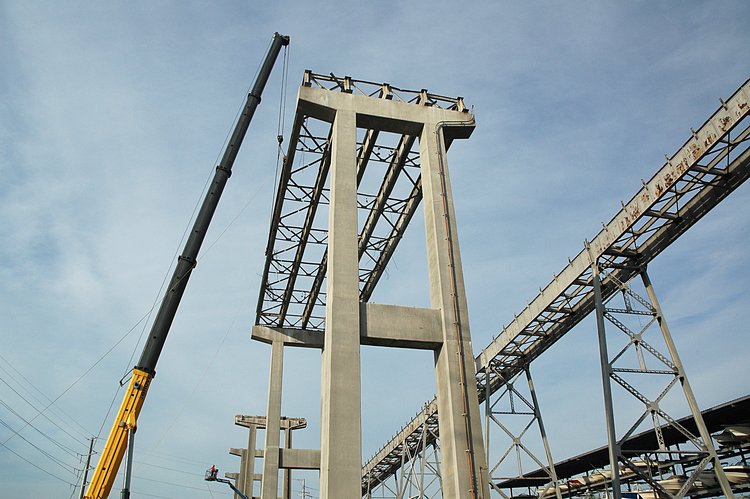 and then the guys elevated themselves to make a final burn 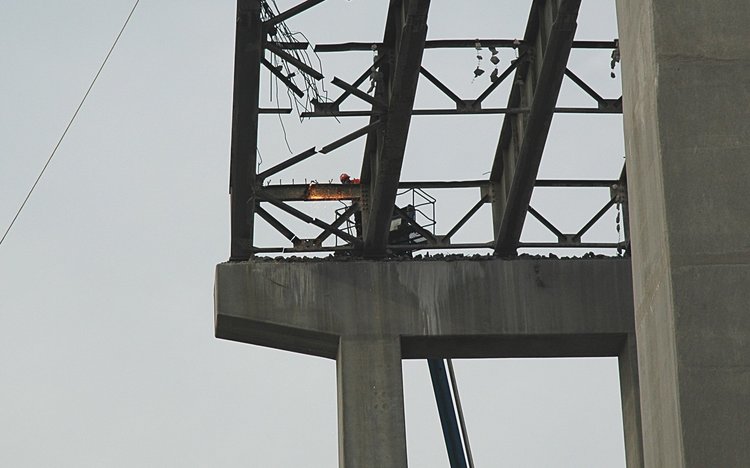 which freed the girder. I have stiched together a group of photos showing the acrobatics that Chris must do with the girder to move it from the top of the pier cap to its resting place. Click for a 9 Mb mpg video segment 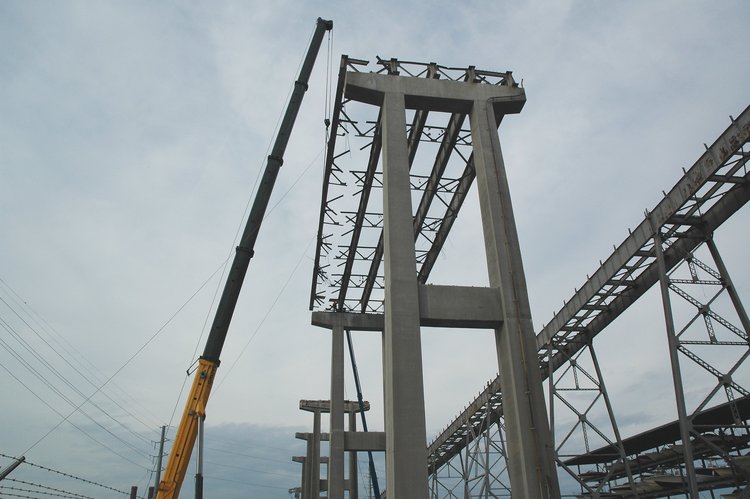 and placed so that it can be cut into shorter segments 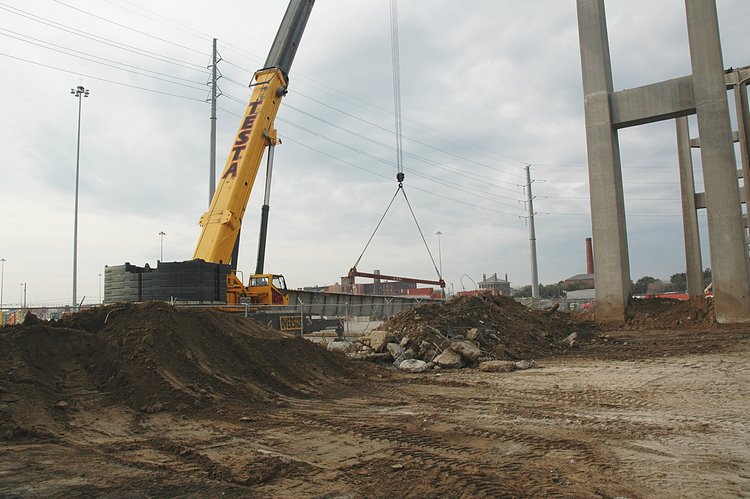 that can be loaded into a truck and removed 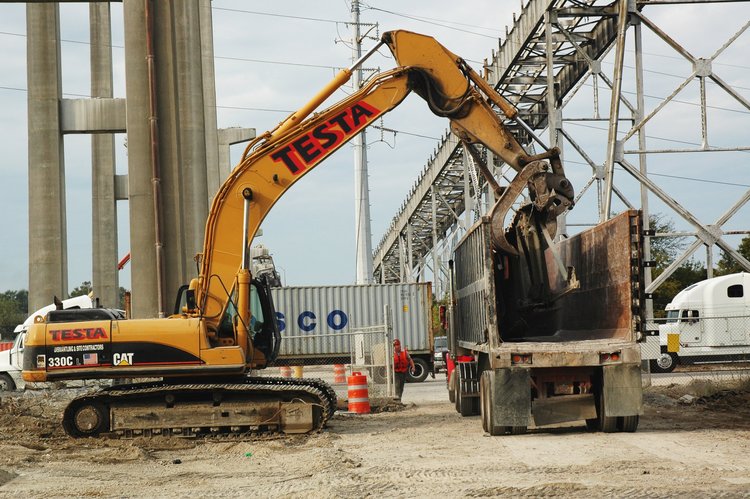 and in the meantime, Michael has removed the left section of the pier cap 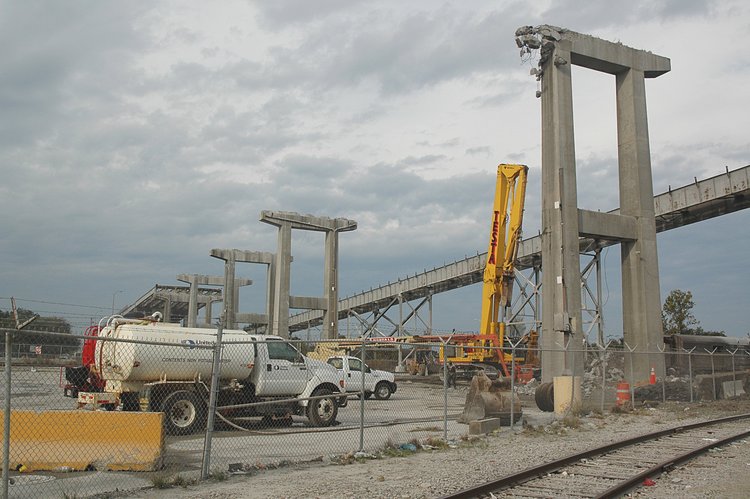 A last look at the worksite 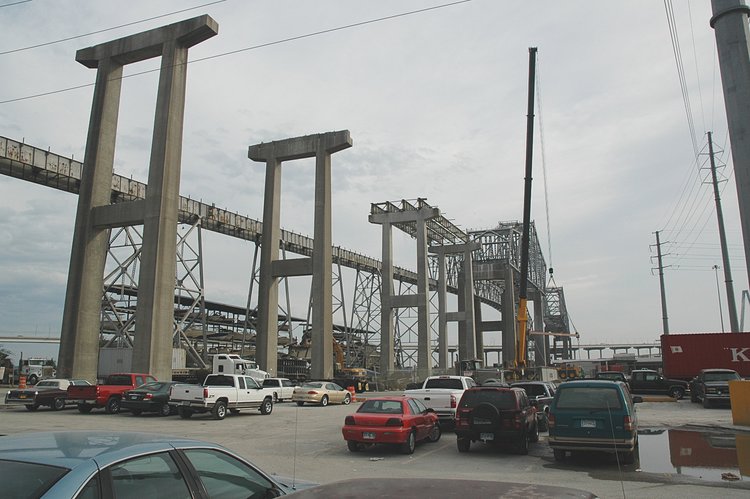