Charleston may be just waking up but these guys have been at it continuously. Here is this morning's view of Stonehenge, minus the column felled yesterday. 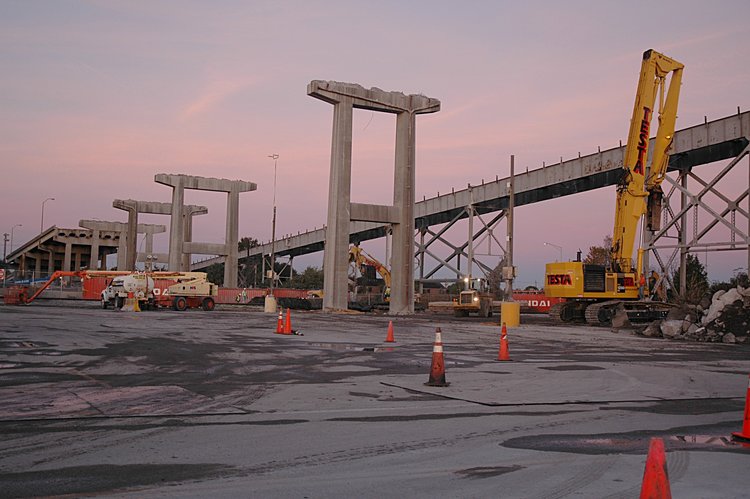 Today is cleanup and on to the next column. Michael cleaning his 1250. 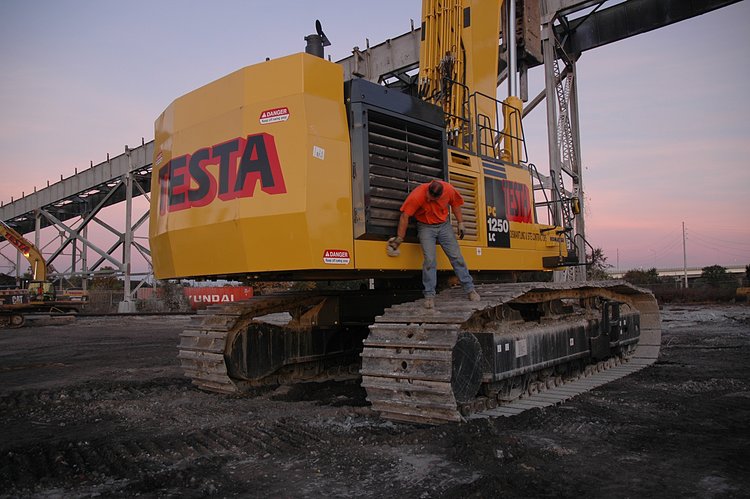 The morning worksite. Gone is the column, gone are the column fragments, 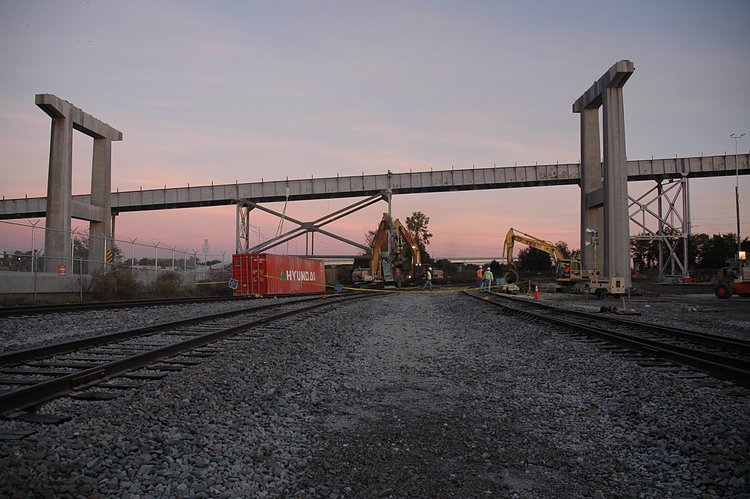 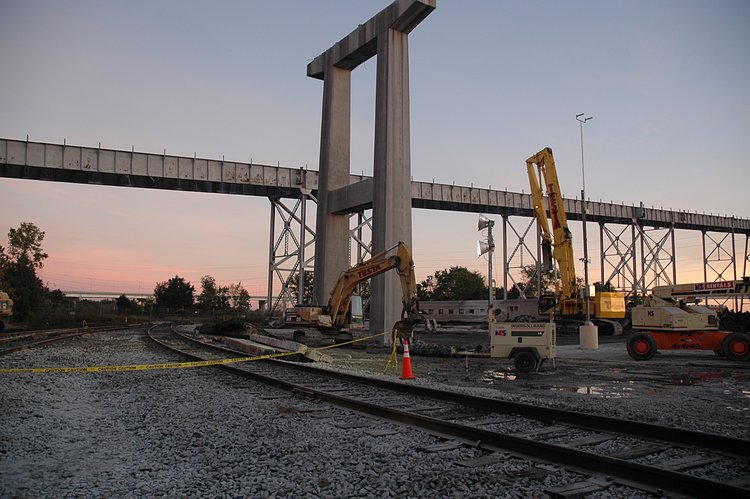 and here is the carpet leaving. 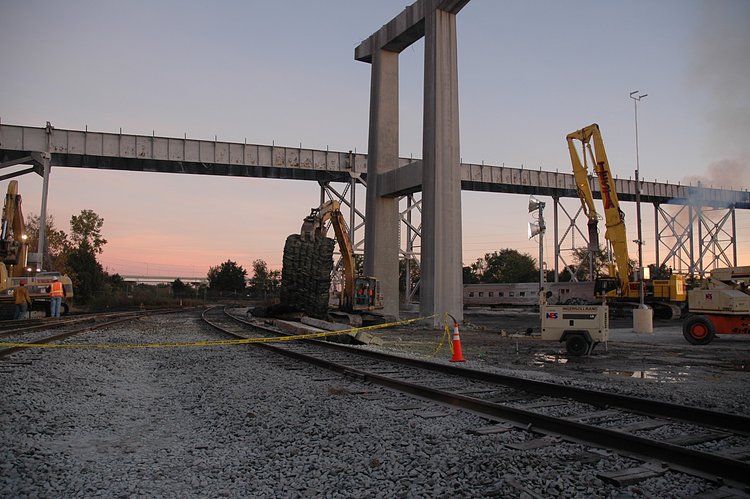 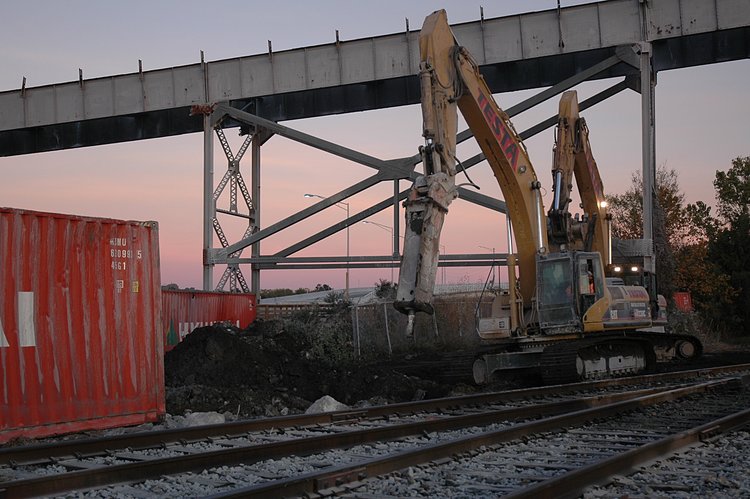 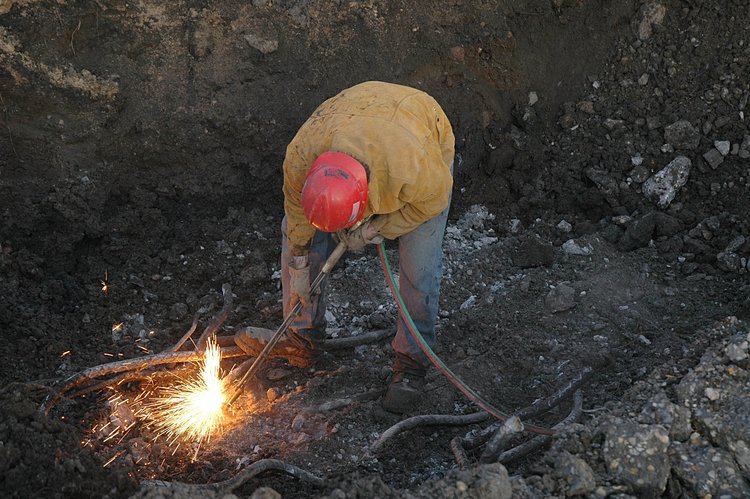 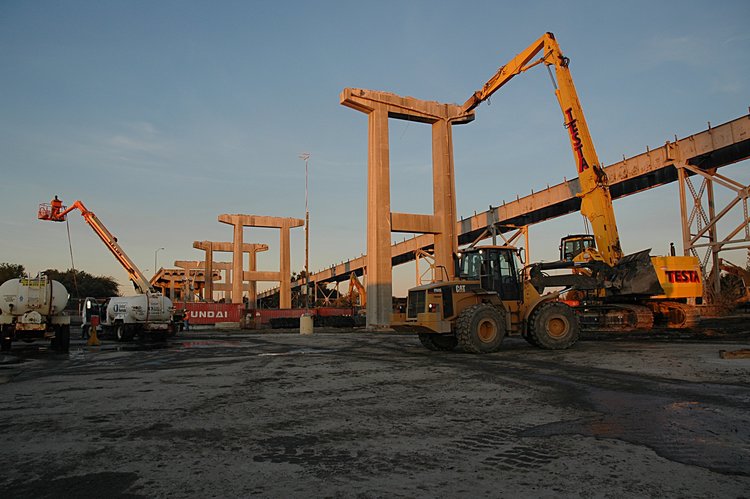 and set up the water system 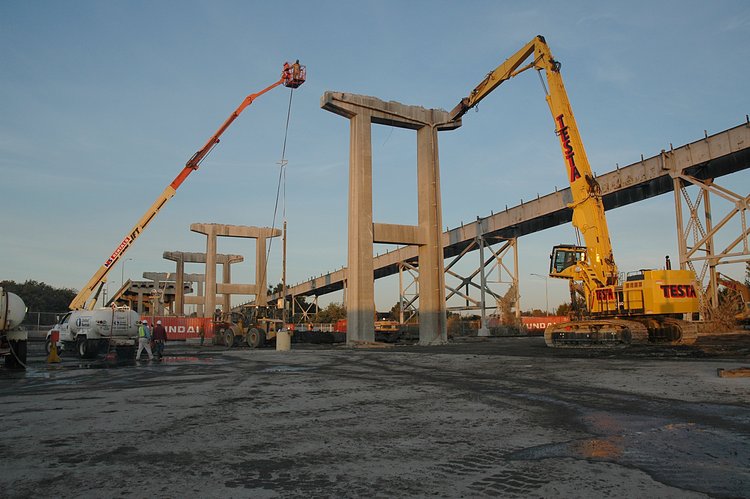 with all players in their place - unbuilding the next column starts. To watch these guys in action, I took photos about every 20 sec and stiched them together to make a video (8 Mb mpg). 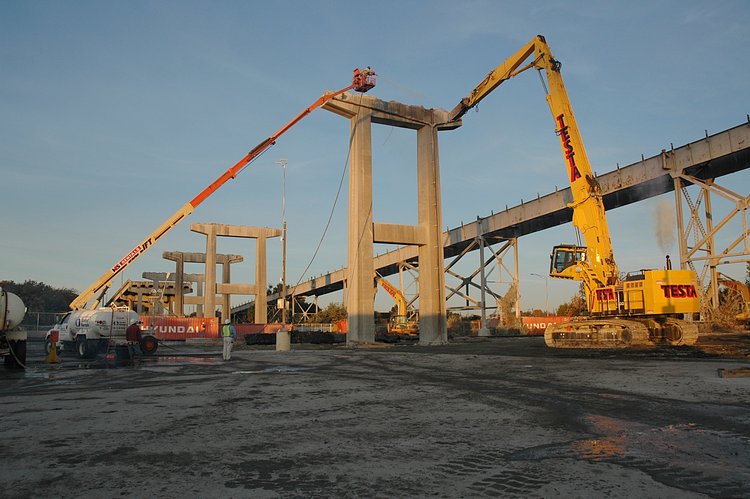 Early morning light adds a warm glow to everything - up close 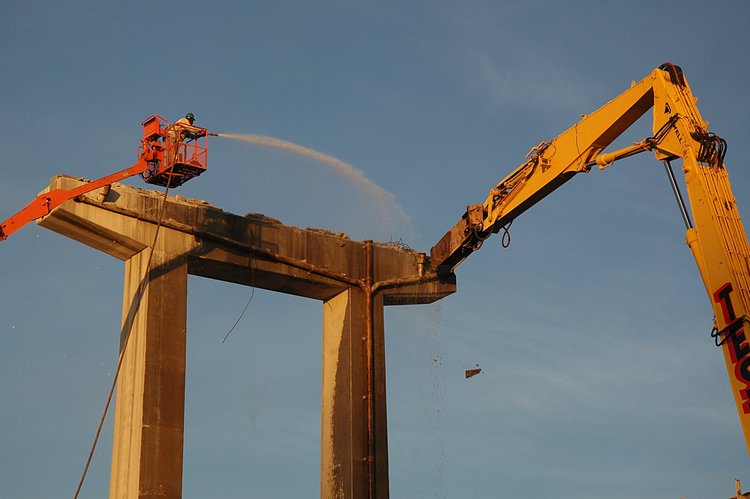 and at a distance 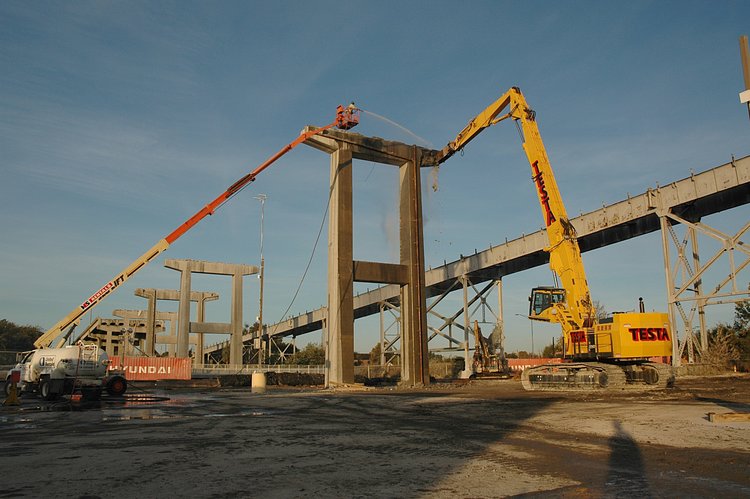 The cleaned worksite from yesterday 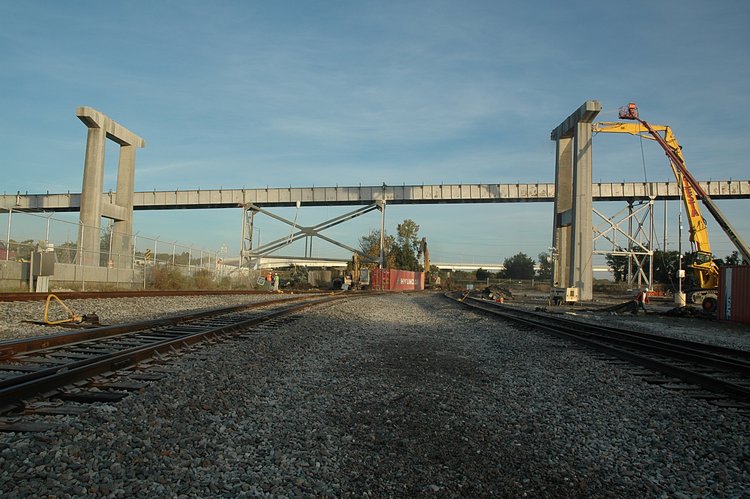 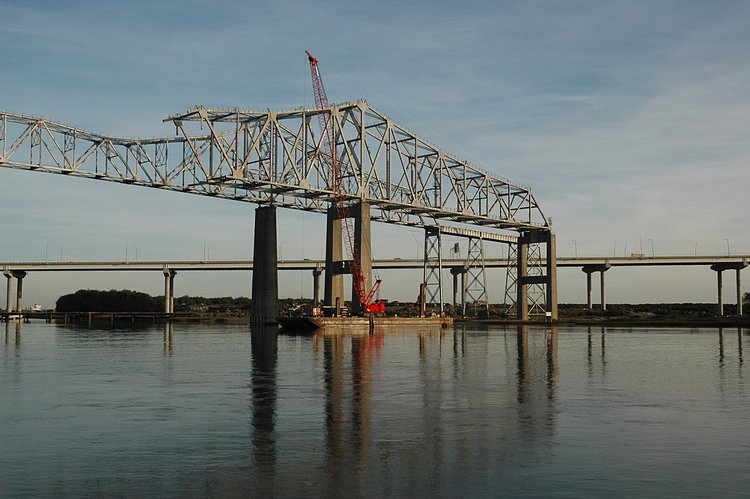 and a last look at the work site from East Bay 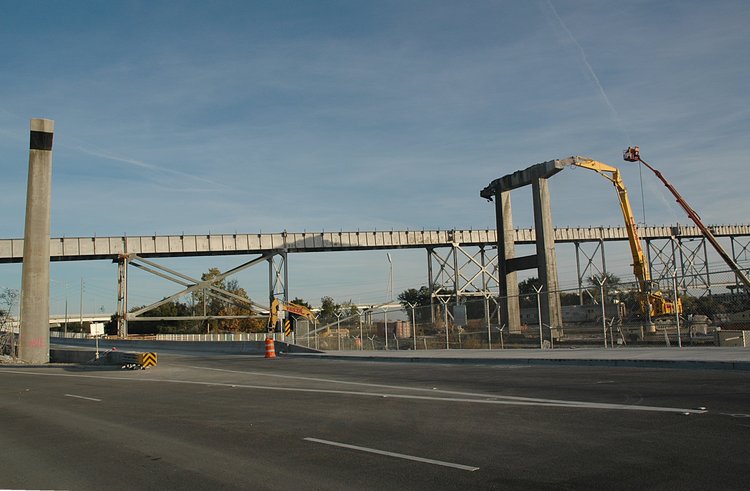