Something new - removing an entire section of the Grace Bridge over East Bay. Here is the setup - Paul's team will cut the superstructure at the supports and then Chris and his trusty Grove 7550 will lift a section and lower it to the roadway. 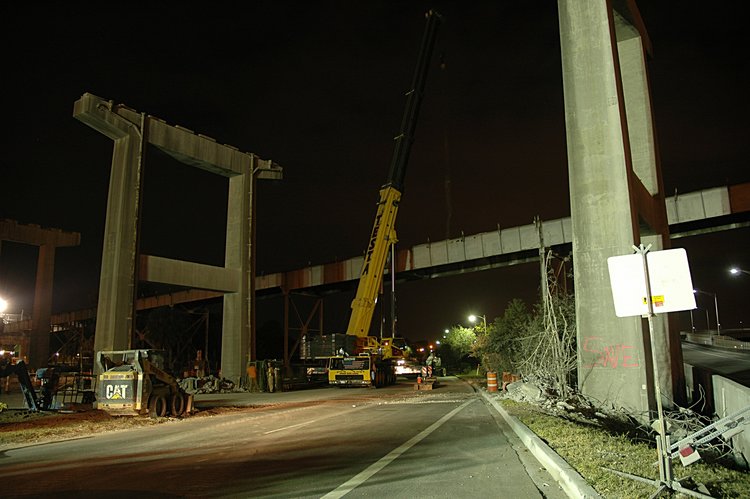 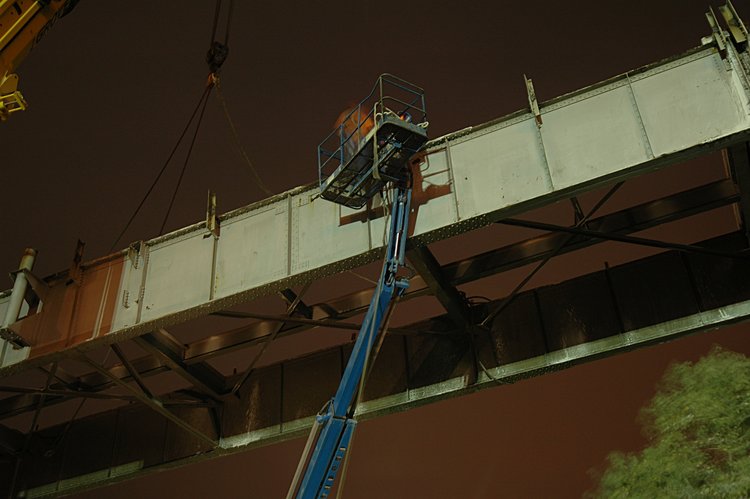 Cutting through the right side cross members. 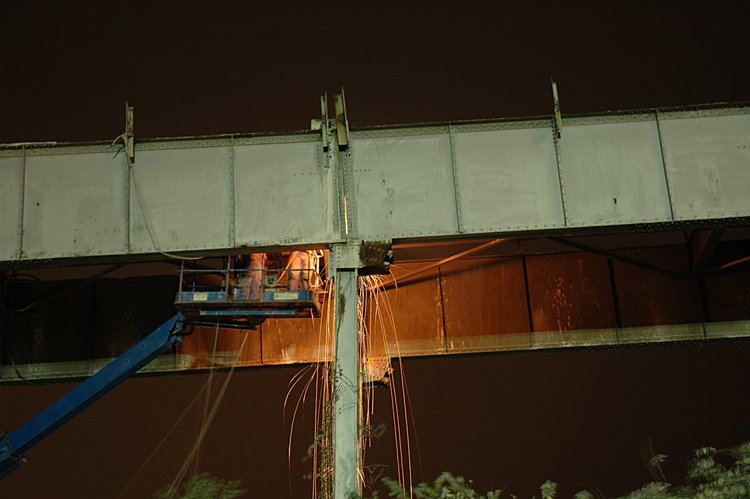 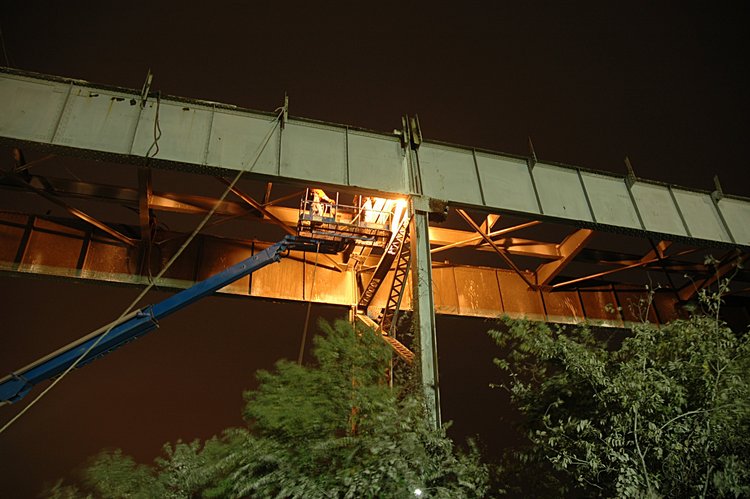 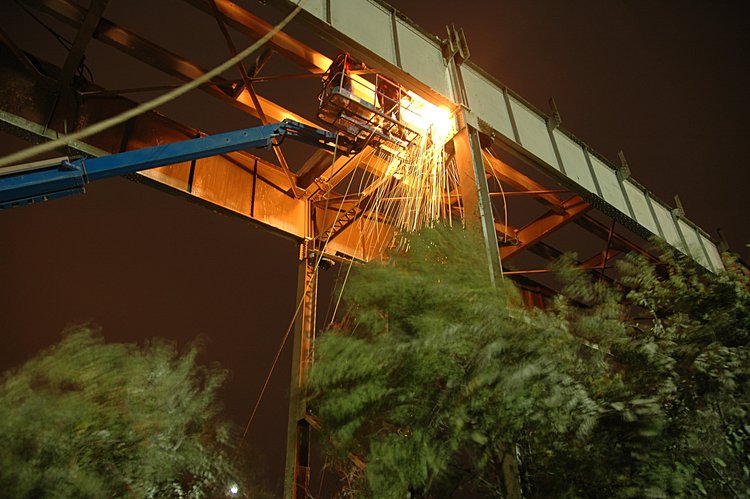 At the same time, another pair is cutting through the left side edge girder - starting at the top and working their way down. 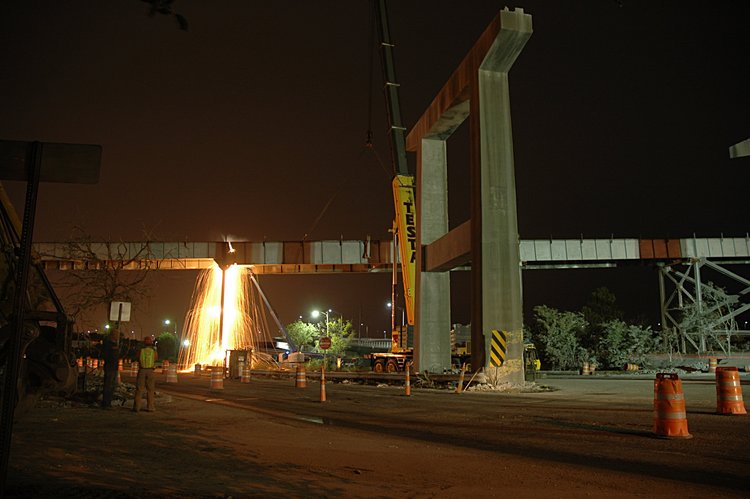 Here you can see the diagonal path they have cut 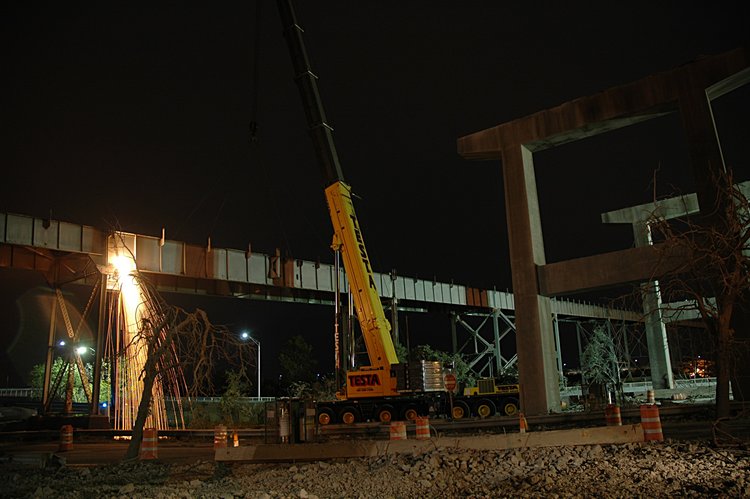 A view of their man basket up inside the superstructure. 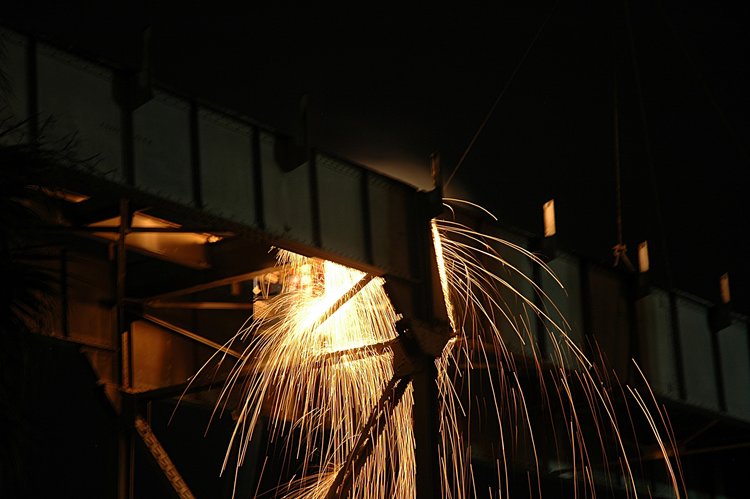 To the right - you can see that the edge girder to the right has been completely separated from the segment to the left. 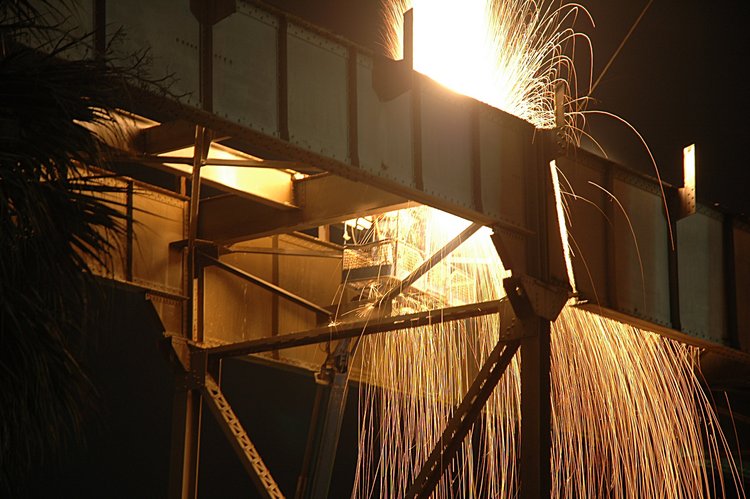 Then they started working on the opposite side (north side) 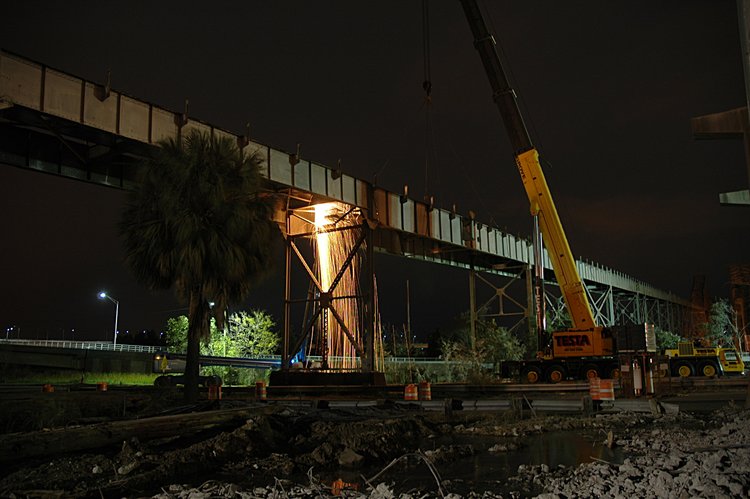 More cutting on the north side 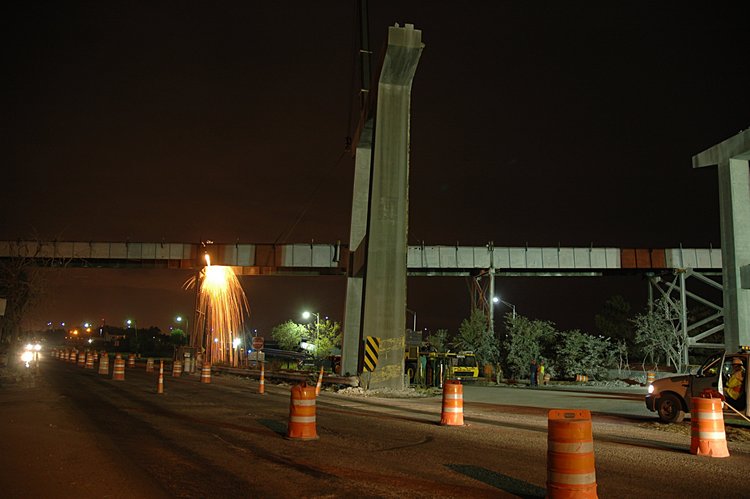 Here you can see their platform behind the north edge girder 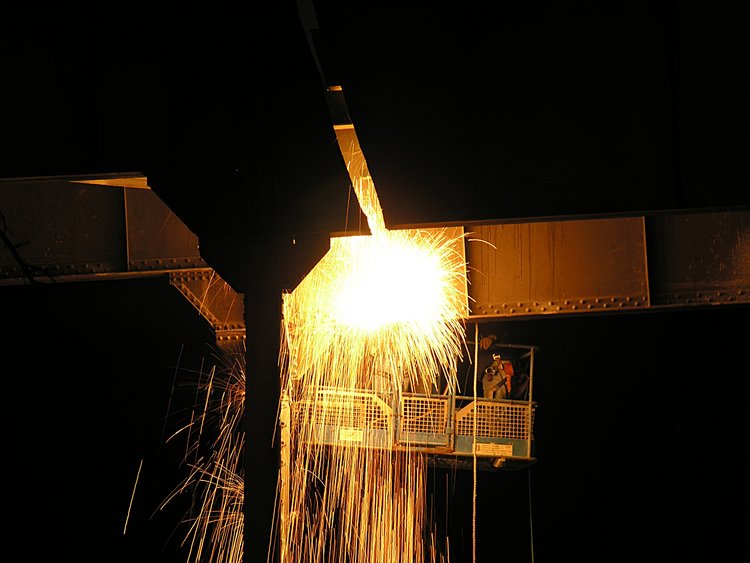 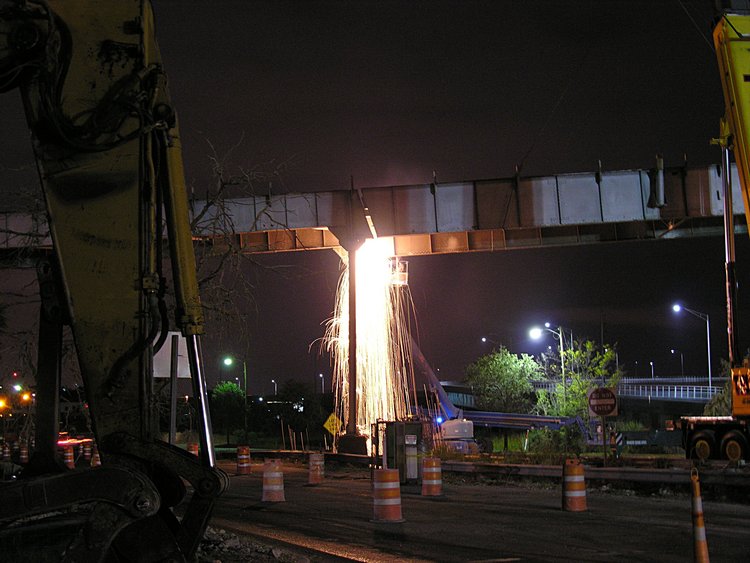 They lower themselves (see the arm of the man basket) 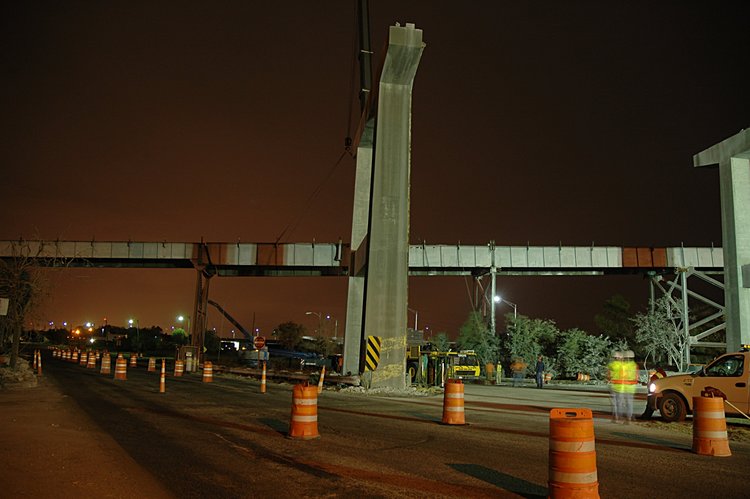 Then Chris lifts the left side 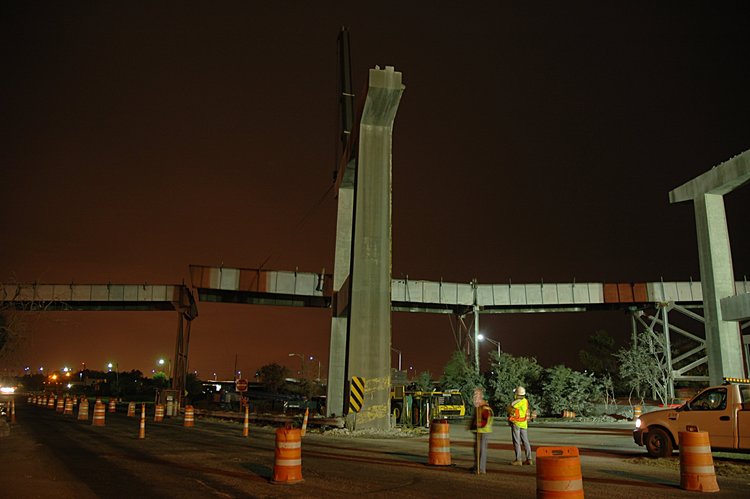 The right side fractures at the points of the preliminary cuts 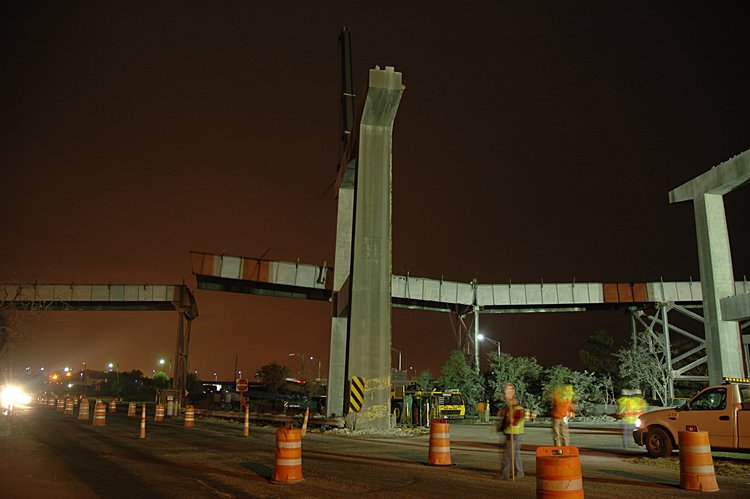 Then, Grace is free 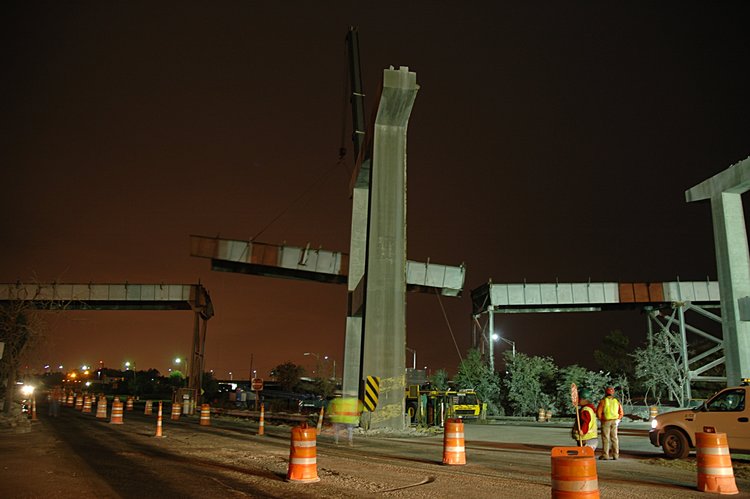 is rotated and on her way down 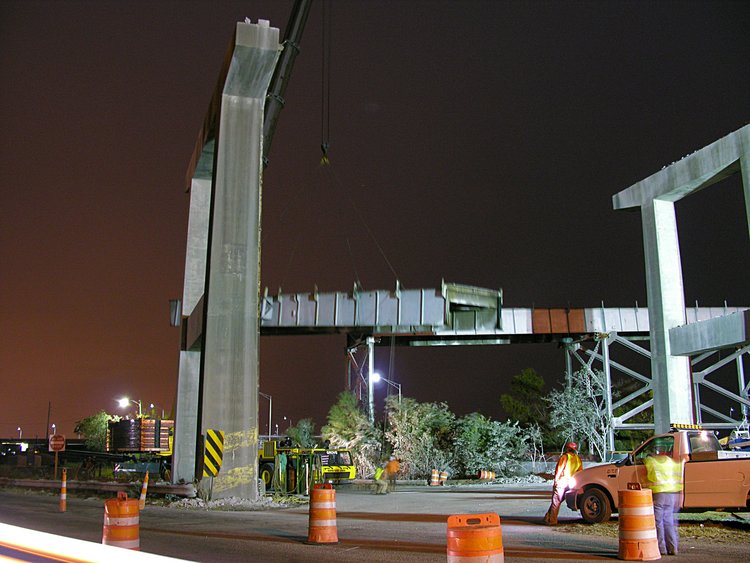 resting on the East Bay roadway 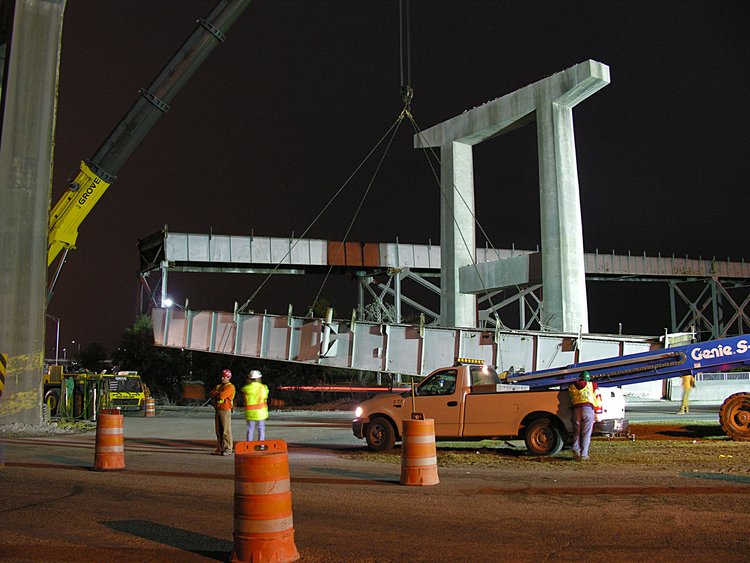 looking at the end of the bridge segment 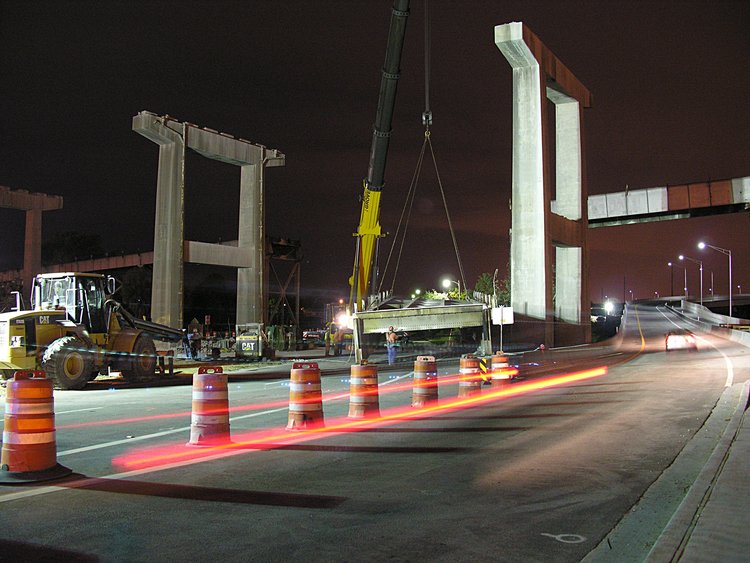 and for the first time in about 70 years, the north lanes of East Bay are free of Grace 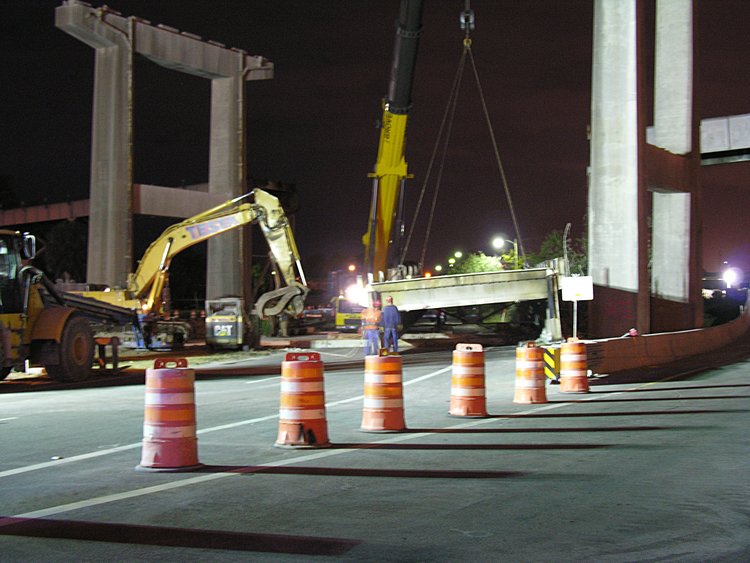