Bob McCabe's group (Jack Foley and Scott BIllingsley) is at it again with more innovation. Here is the worksite and note that the current work area for removing roadway and girders is over a sensitive wetland area 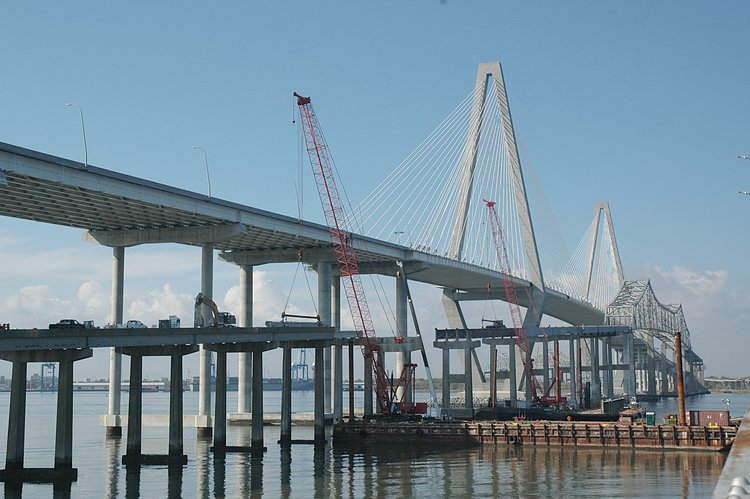 The problem: how to remove the roadway with minimal debris falling into the water below? Bob's team came up with the idea of using the concrete saw and making longitudinal cuts along the middle of the underlying concrete girders. While the experts said it could not be done, Bob's team had an idea. On the top of each girder are rows of stirrups, each an inverted U, that is for tying rebar between girders and forming the grid used to strengthen the concrete. As an example, here is the rebar grid for the Morrison St ramp. 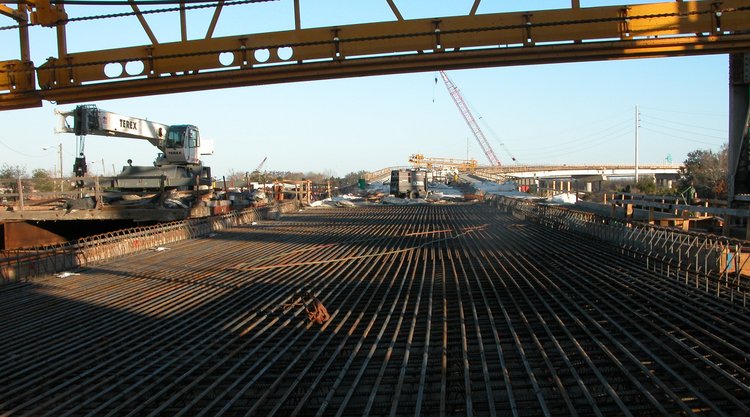 The innovation was figuring out how to cut exactly down the middle of each concrete girder and then make transverse cuts so as to make rectangles of roadway. A 345 grapple pulls on the precut segments until the remaining rebar fails allonging removal of the roadway segment. This harvesting procedure (I hope to catch maybe tomorrow) results in a stack of harvested segments as shown here. 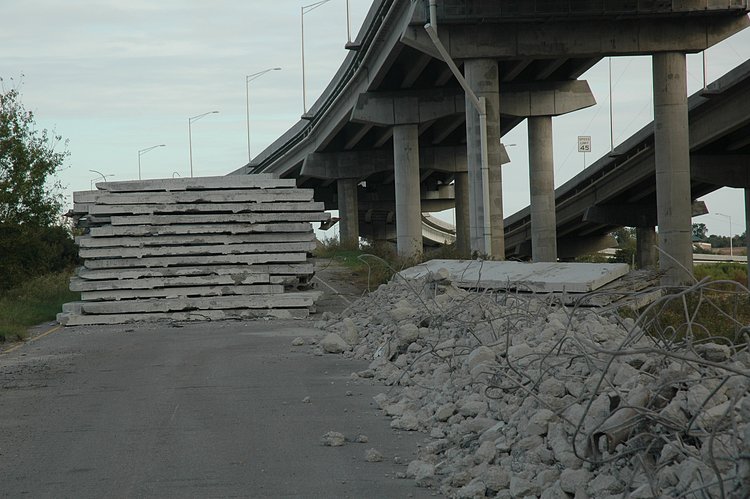 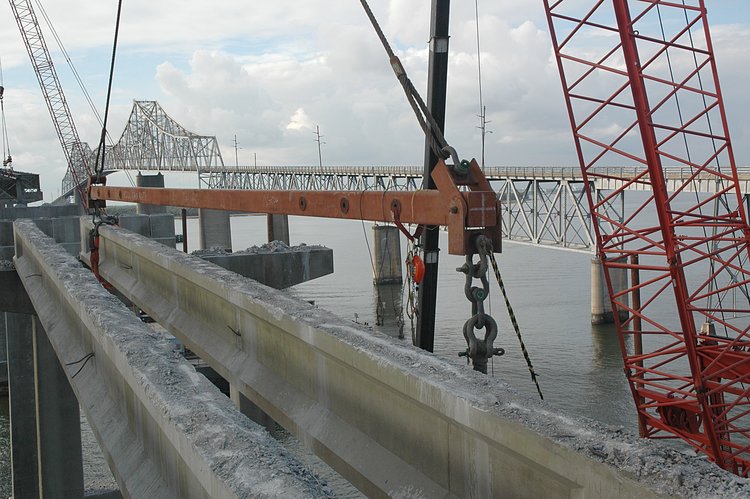 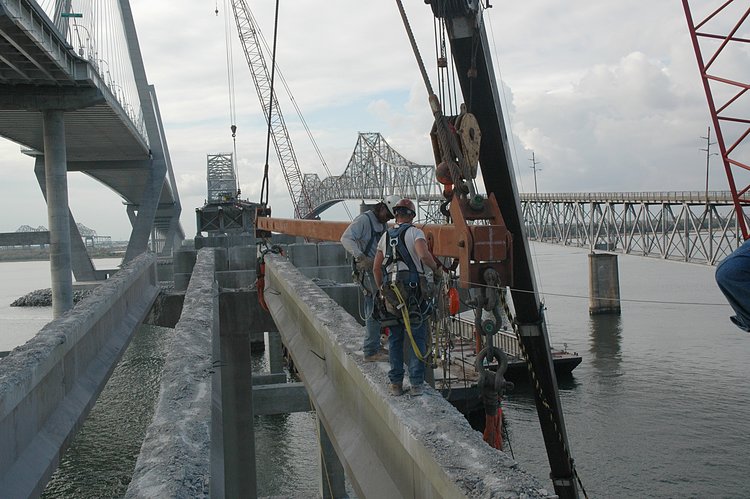 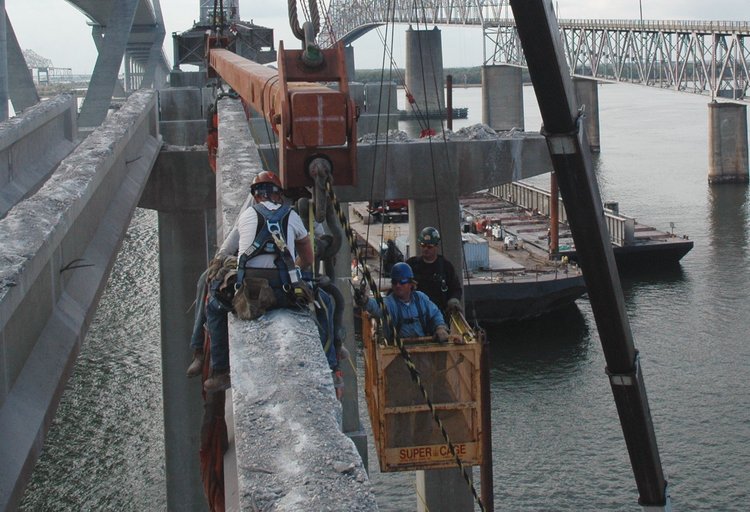 which was much more efficient 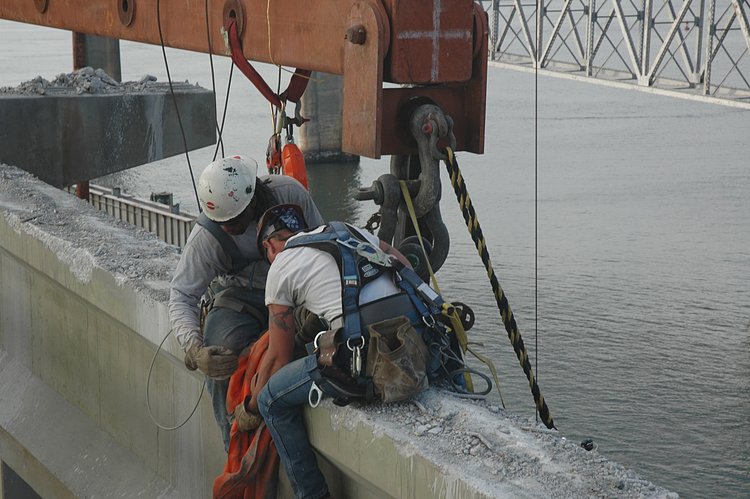 With the sling attached to the yoke at each end - the girder is ready to lift - almost. 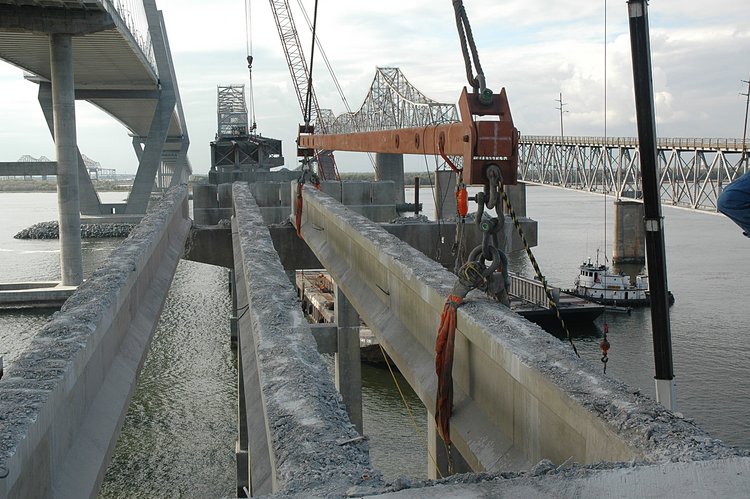 First, Jack brings is 345 shear in and breaks the attachment at this end 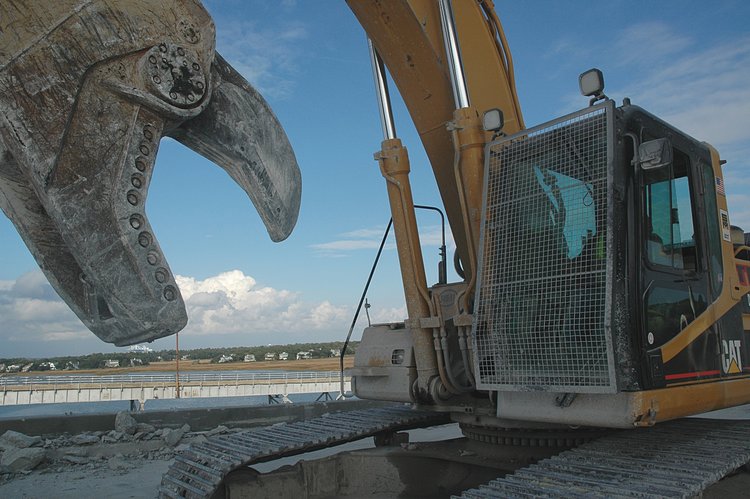 then gently bites the girder and the lifting begins 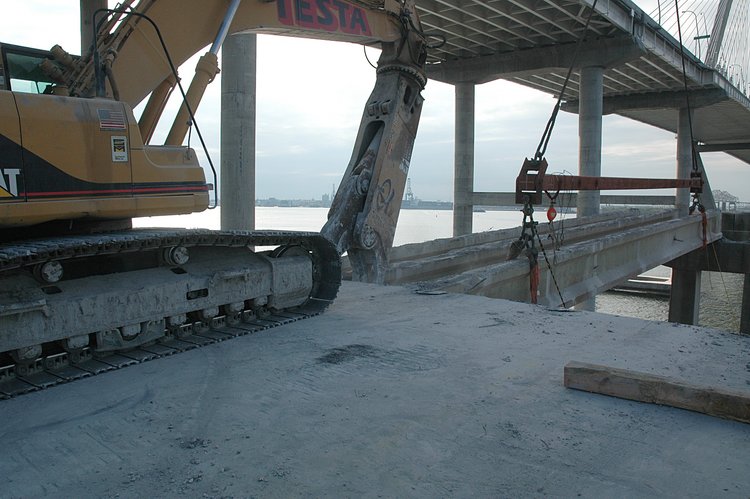 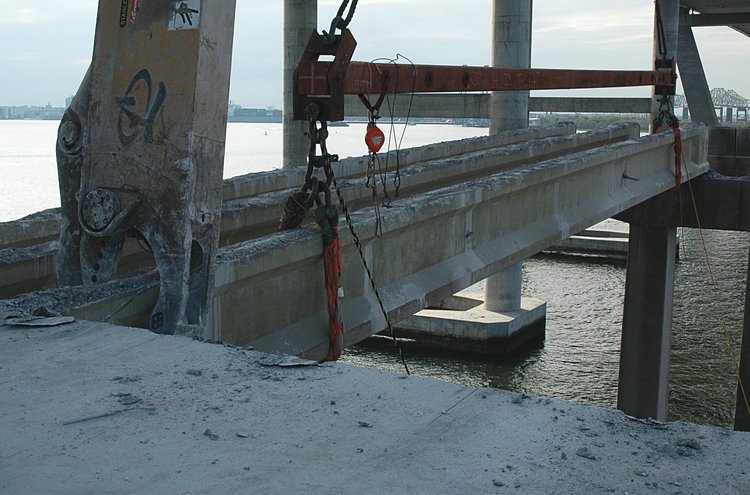 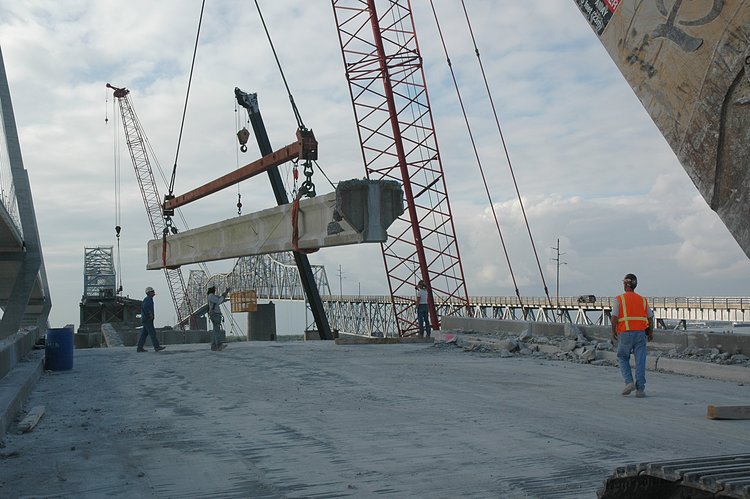 and lowers it into place - in order to release the slings. 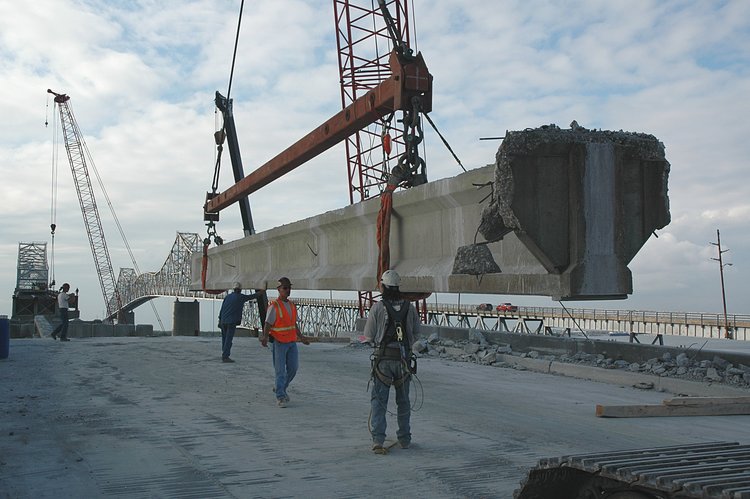 shown here. For an animated view of this click here for an 8 Mb mpg I stiched together from the individual photos 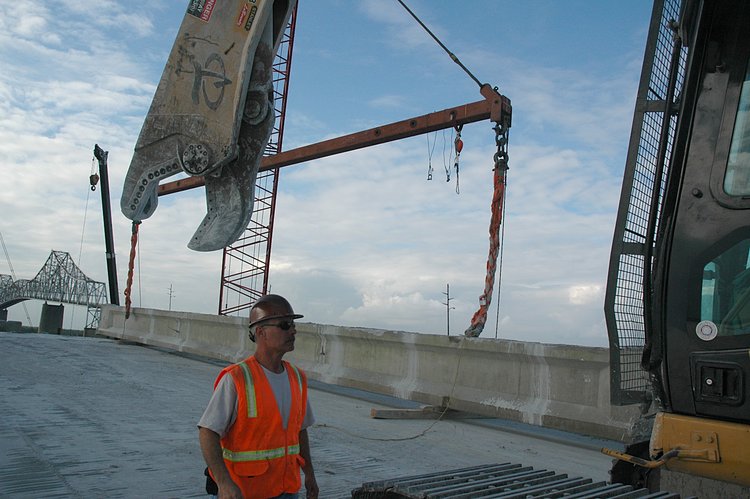 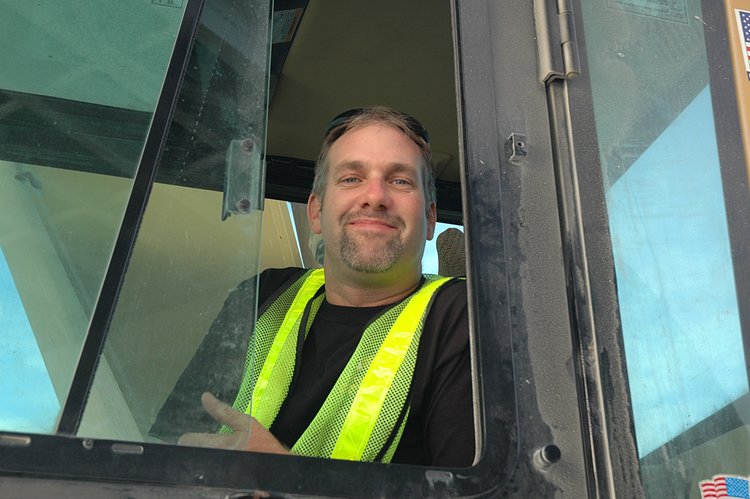 to take a bite. I stiched together another mpeg video (6 Mb) illustraing Jack's eating habits 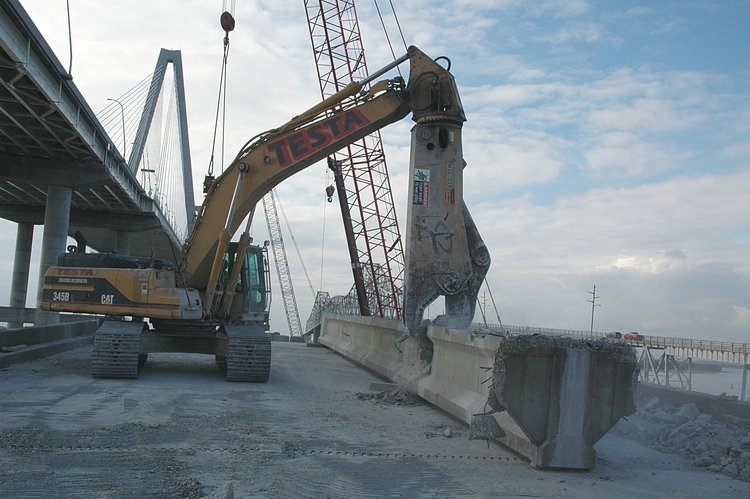 then the segment is passed to Scott. 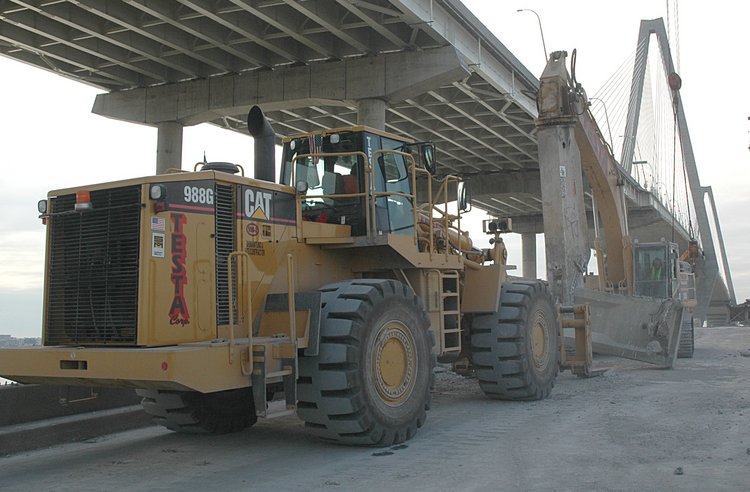 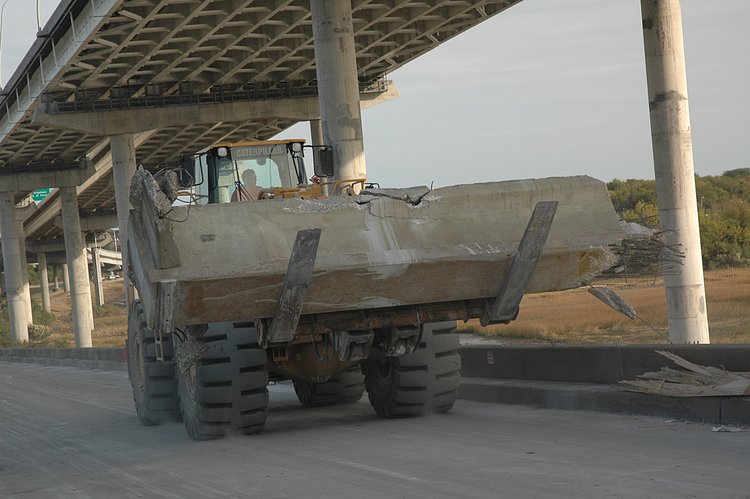 to the open air barn where the harvest is kept 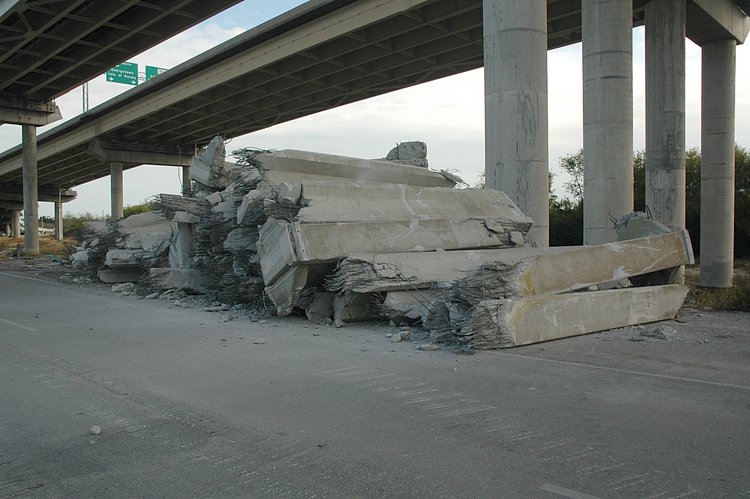