Steven SettiDucati emailed last night wondering whether I had a photo of the new 7550 what showed everything. Together we looked but nothing met his needs. This morning, I took a quick ride to East Bay to see the progress - and discovered an East Bay Stonehenge. Returning a couple of hours later, it seems I almost missed the action. Here is the worksite - with the final cuts being made by Jed and Tod 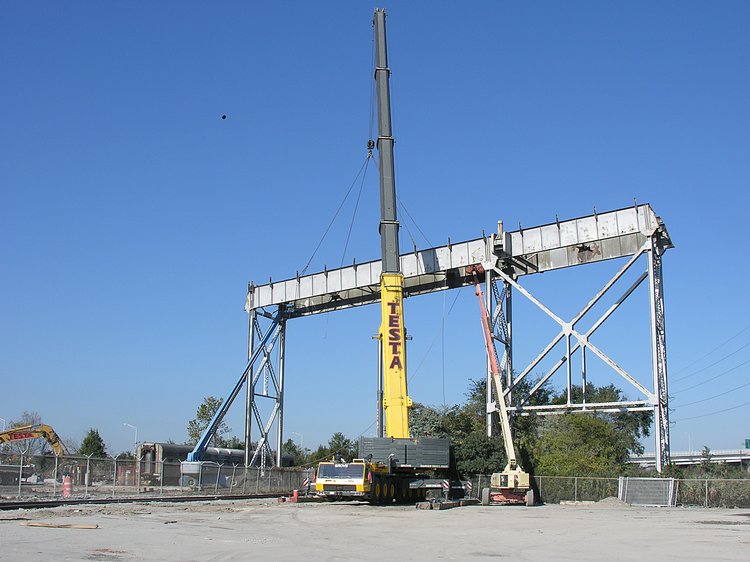 Here is Jed starting his diagonal cut on the far side 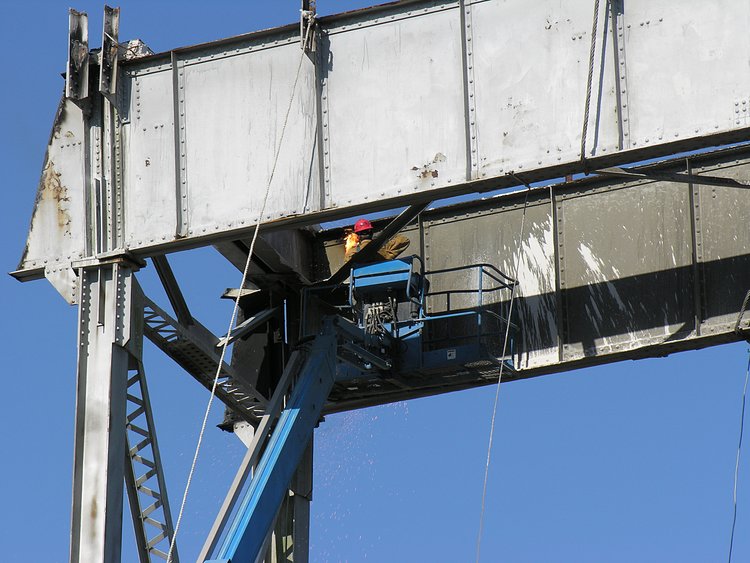 and at the other end, Tod also makes a little burning action 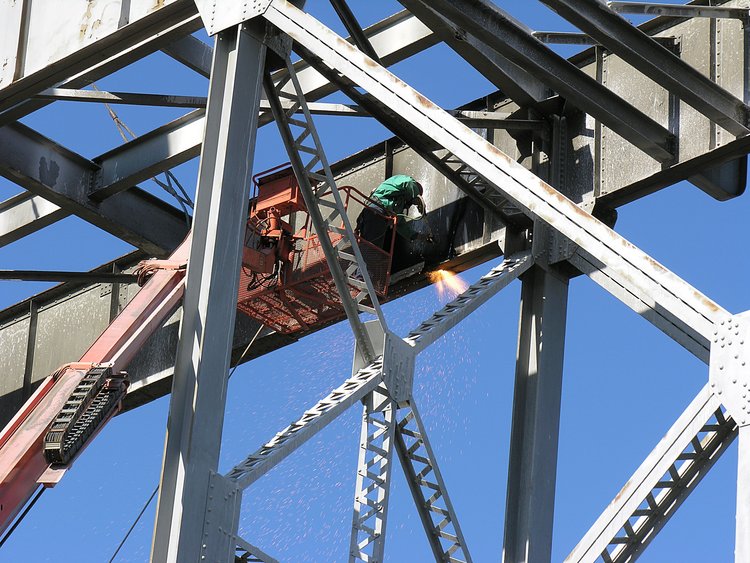 Chris is operating the 7550 and this is what he sees and on the right, what I see 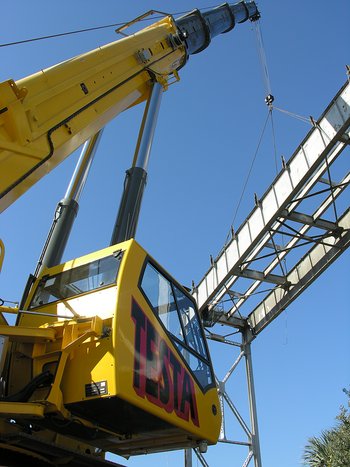 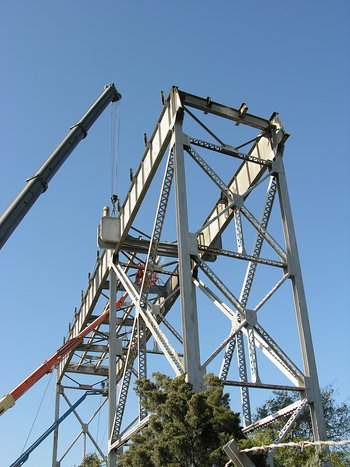 Jed is nearing the end of cutting through the main girder 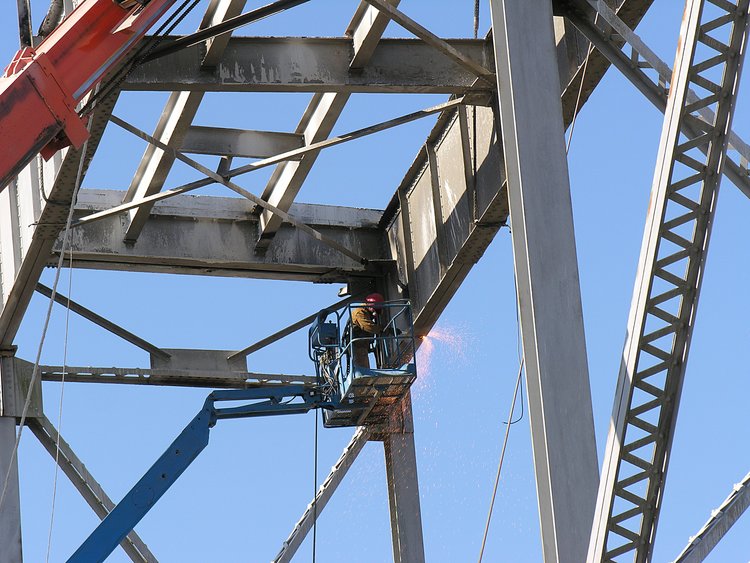 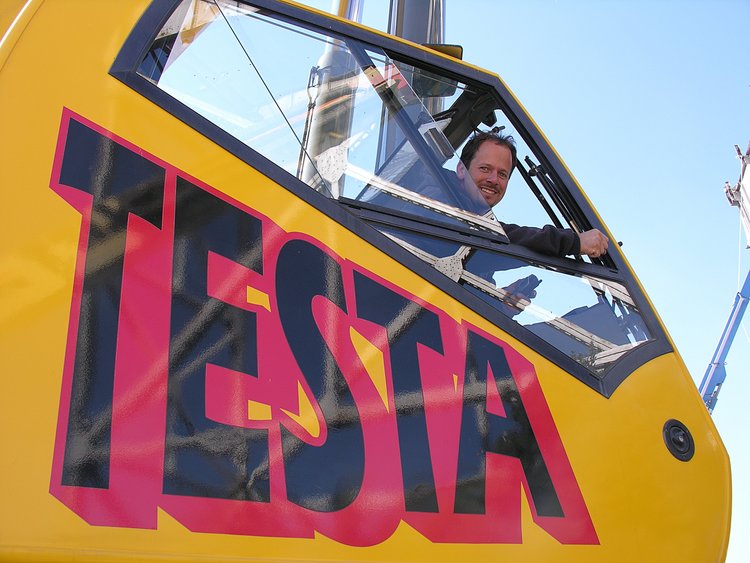 Tod is burning through an intermediate beam 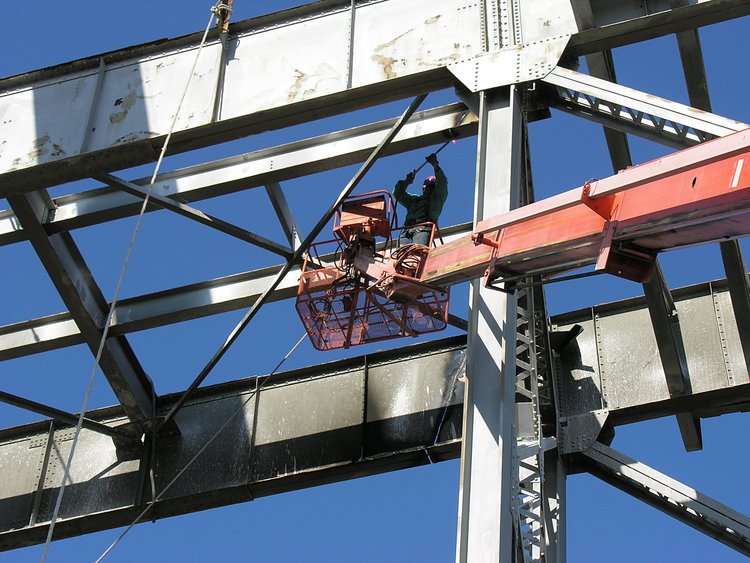 Meanwhile, Jed is nearly finshed with his final diagonal cut on the near side edge girder 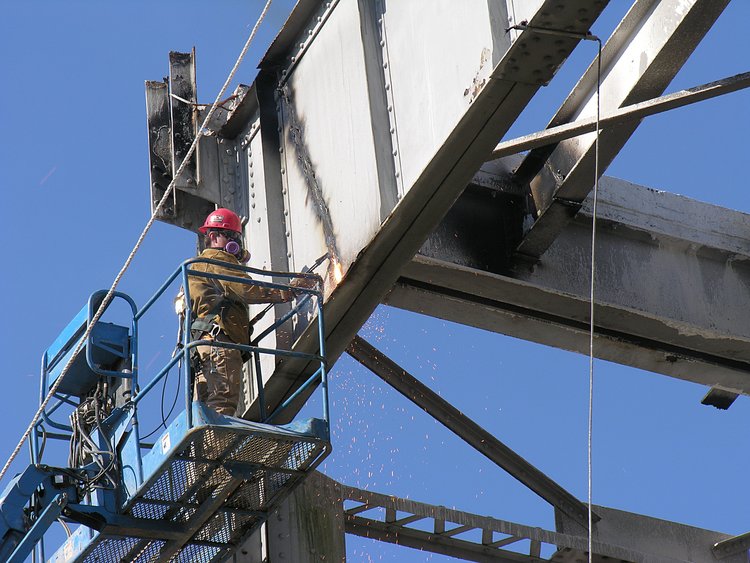 and here makes the final cut 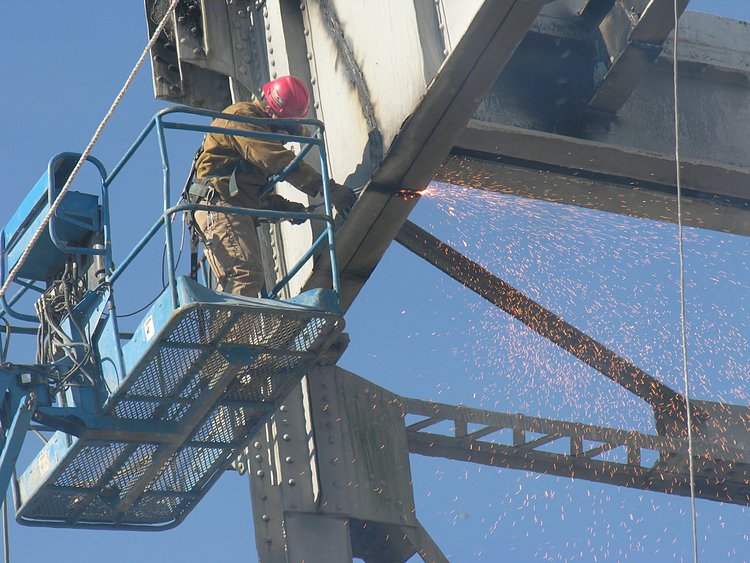 Tod is about at the same place with his final cut. In the background you can see the open cut of the outside girder 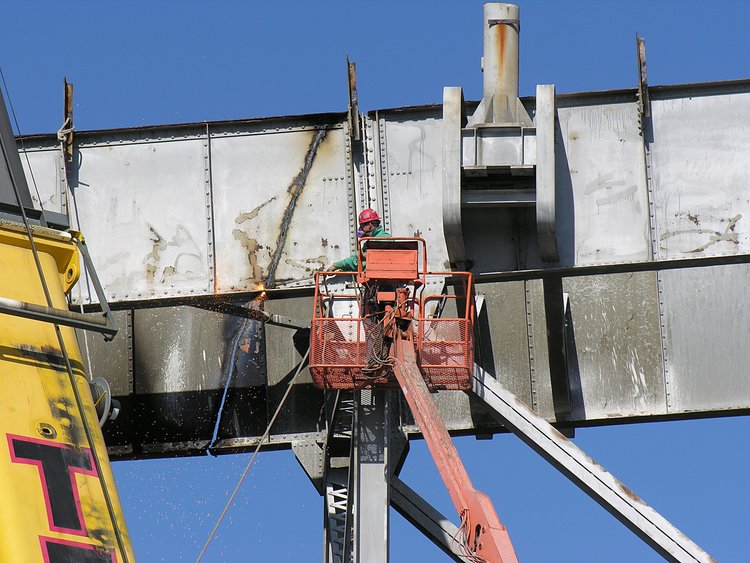 With Jed and Tod safely down - Chris starts lifting the Grace skeleton. I've stitched together some more frames to make a short 1 Mb mpg video 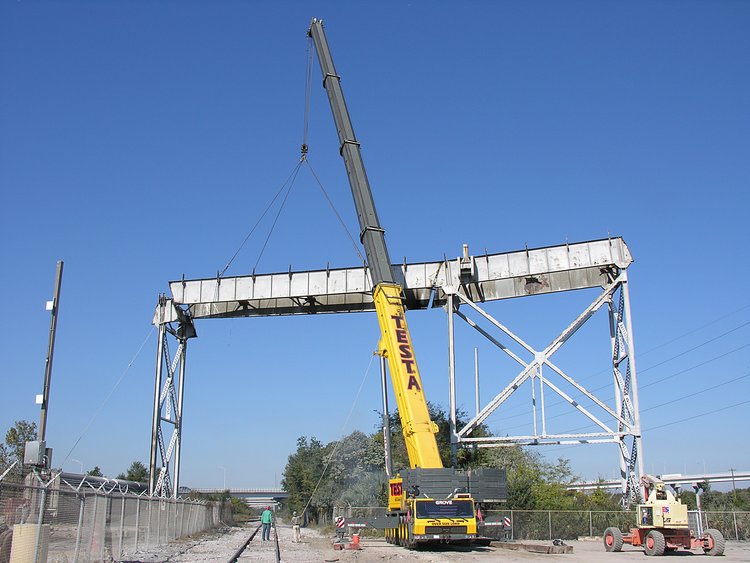 rotates it to the left 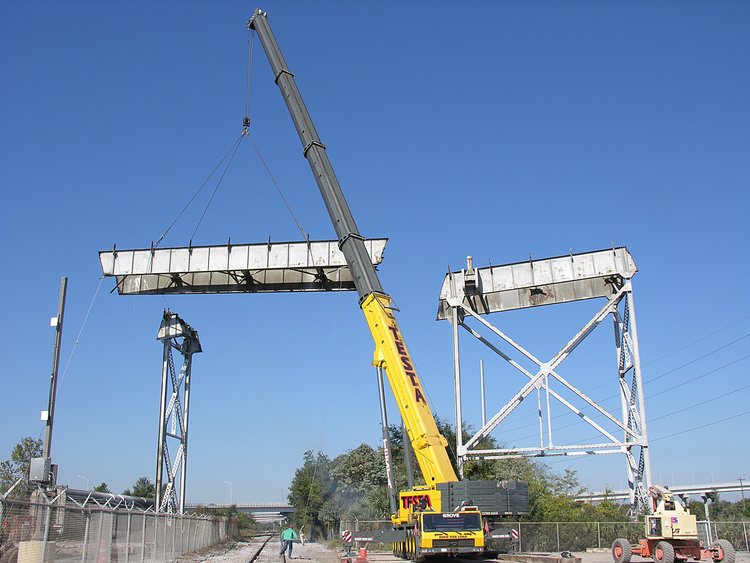 lowers it over the fence 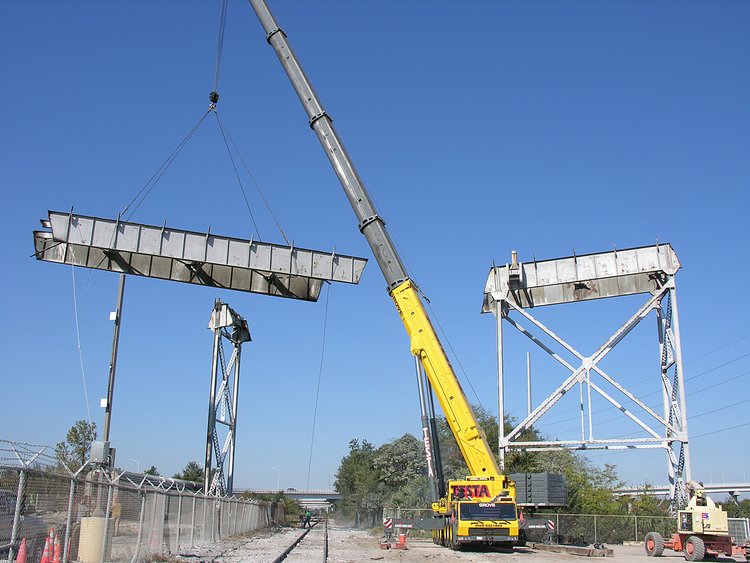 and starts the final descent 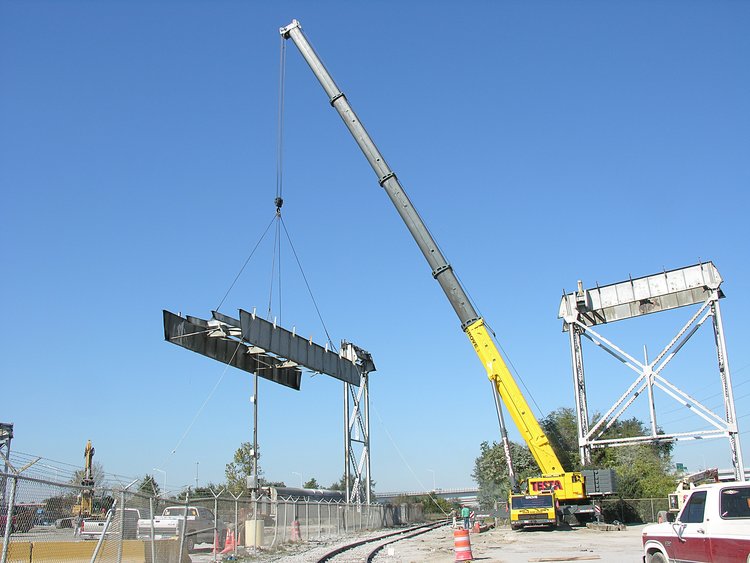 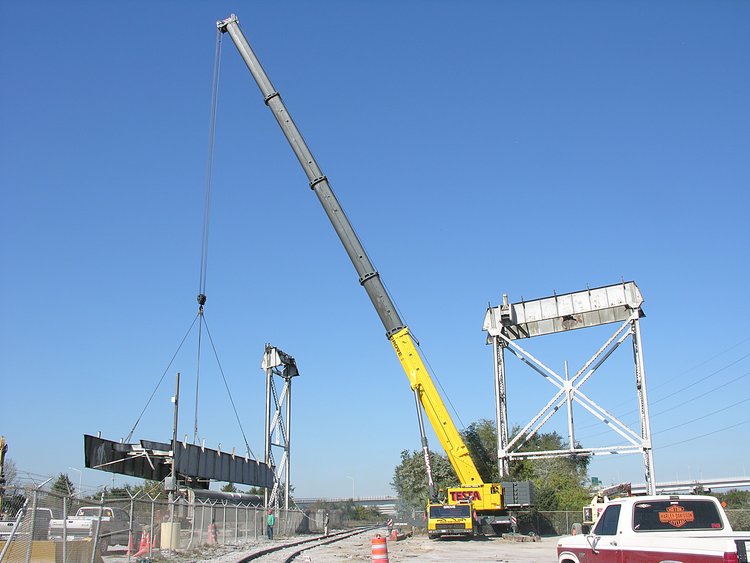 and to its resting place 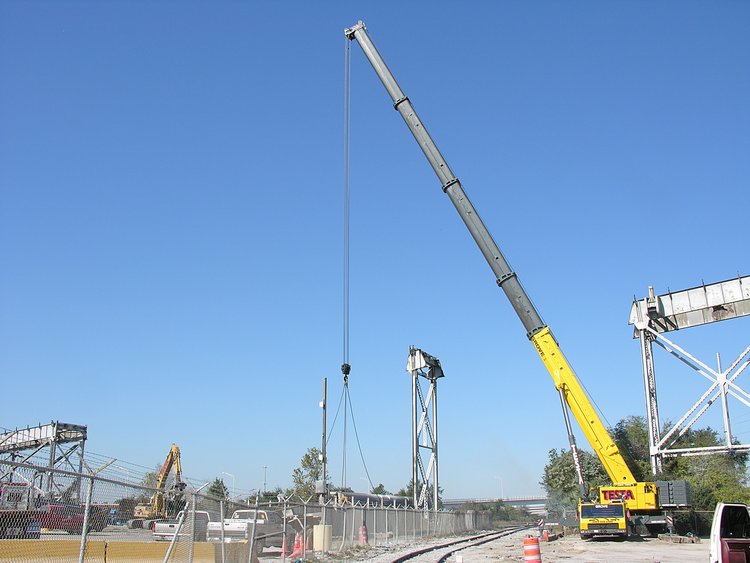 Here they have started disasembly of the support pier 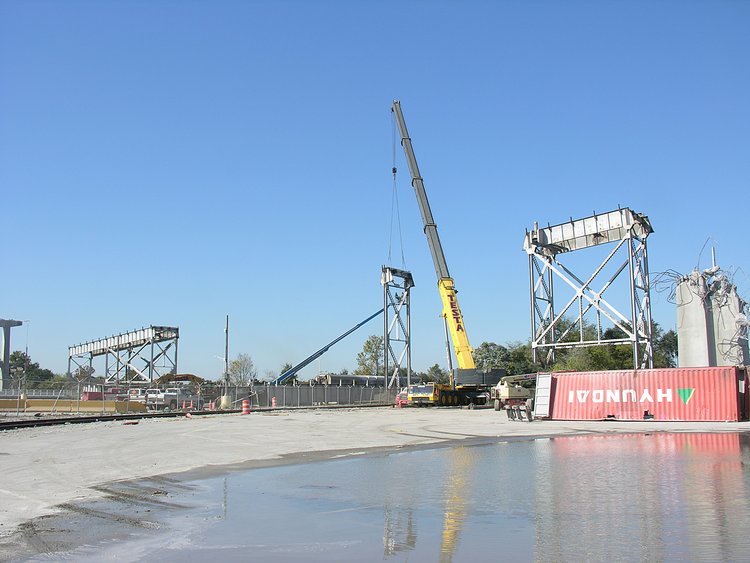 with Tod and Jed doing their burning 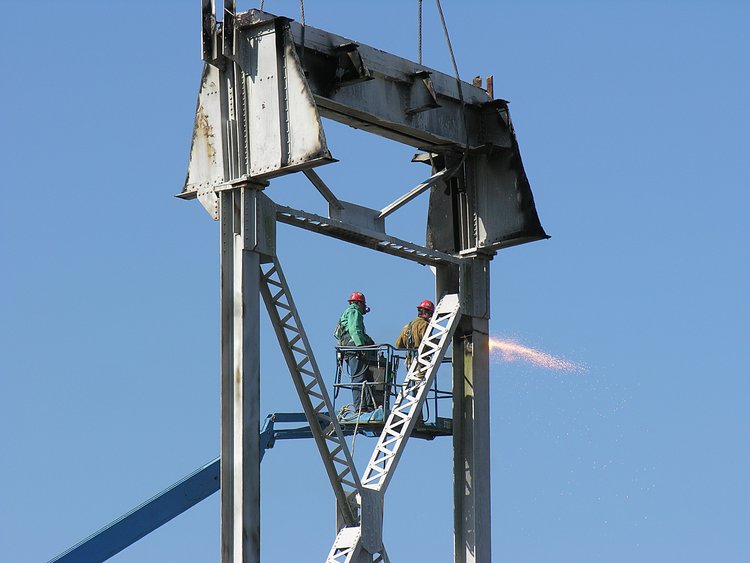 And at the same time, work continues to retrive the Pearman bones the dropped on Tuesday. Here is something new - a climbing barge that elevates itself by ratcheting itself up the vertical black (yellow tips) poles. A crane can be placed on the platform - and my speculation is that this will be used to remove the cantilever region overhanging the port. We'll have to wait and see. 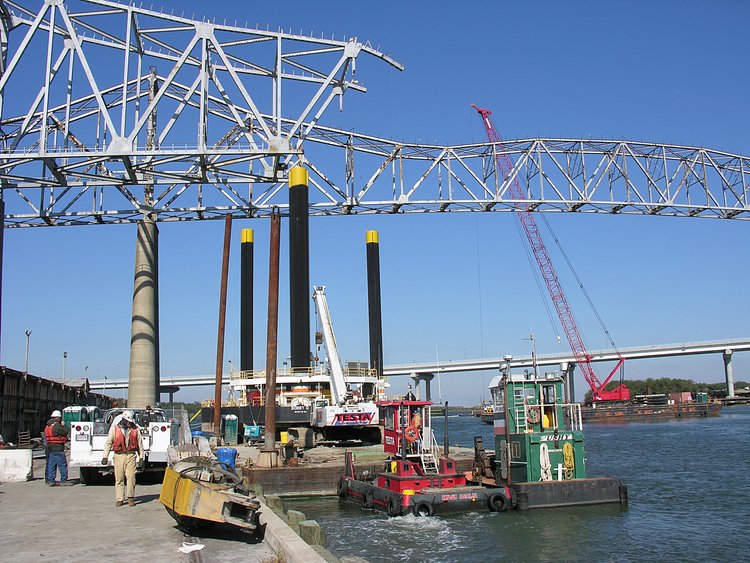 Here is the assembly under the platform - the ratchet poles and directional propellers. 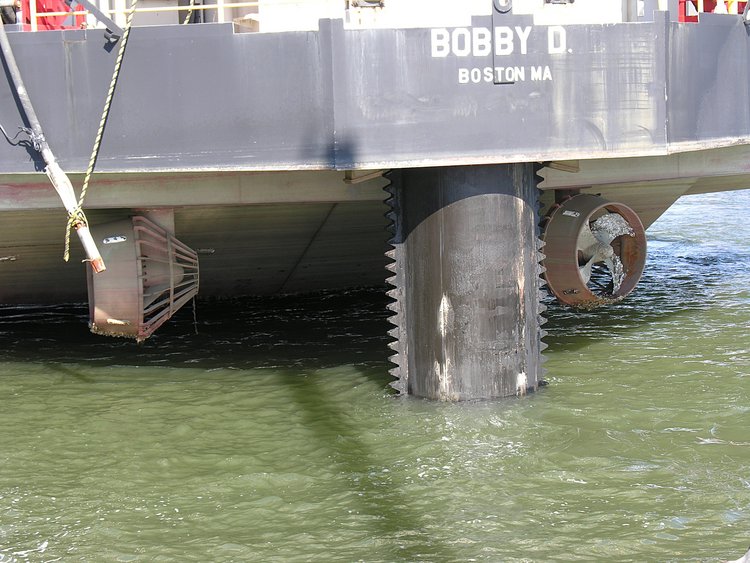 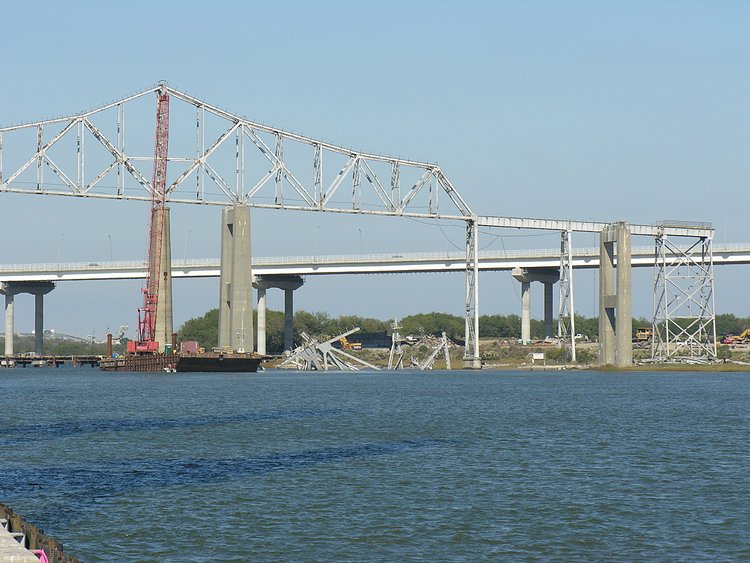 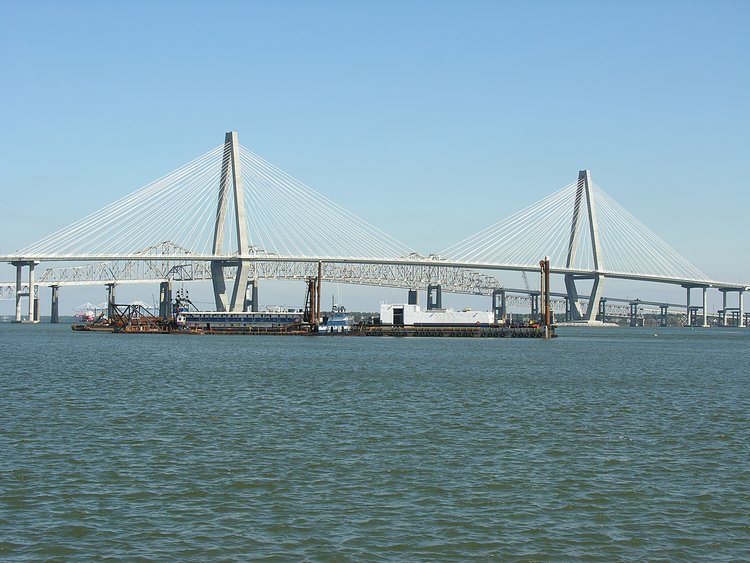 This was just a nice view of the Ravenel 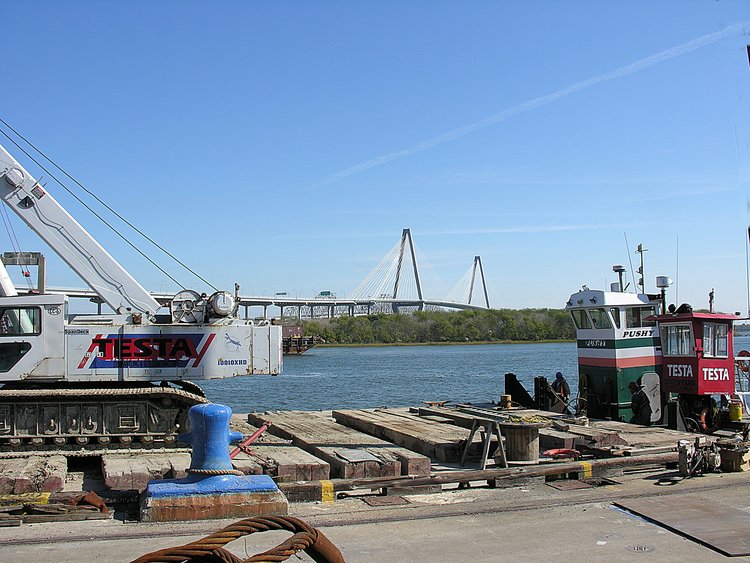