Home Meeting St East Bay Drum Island Mt. PLeasant Pearman Stories Grace Stories Implosions Enginnering Insights Stories of unbuilders Learning Links Bridge Video Bridge Blog Unbuilding Archive All Unbuilding Segments Building the Ravenel Bridge Photo Essays About me
November 21, 2006: Unbuilding the Grace and Pearman Trusses
We are in Liaocheng China at Liaocheng University. But Sparky is keeping us fed with the ending of the Grace and Pearman unbuilding. Tomorrow is Thanksgiving and we will probably have a Thanksgiving Duck. So, for now, we are riding with Sparky to catch the last of unbuilding the Grace and Pearman trusses. I spoke with Michael Hebb and he tells me that Jimmy Grier is back - so I'm not sure if this is Michael or Jimmy (below) biting a piece of the Grace support. In any event, Jimmy masterminded the unbuilding of the Grace segment on the west side of Drum Island. A wonderful time with Jimmy, Richie, Jackie, Michael, Adam and Leon. That day in February was also a double surprise - Tina and their kids arrived from Boston, dead tired - but full of smiles (see bottom photos in the link above).

From the Ravenel - this is the worksite 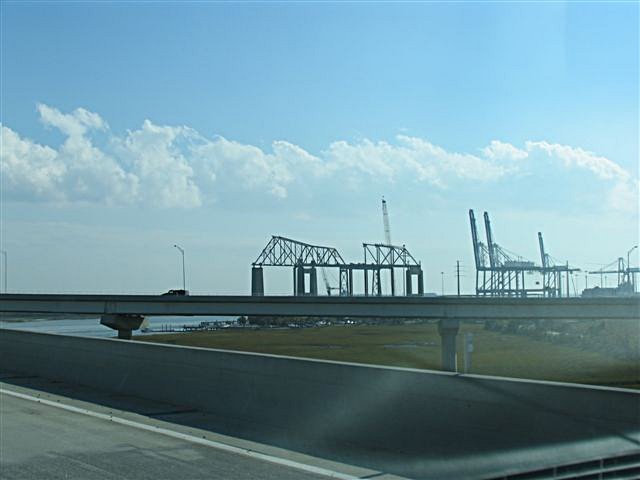 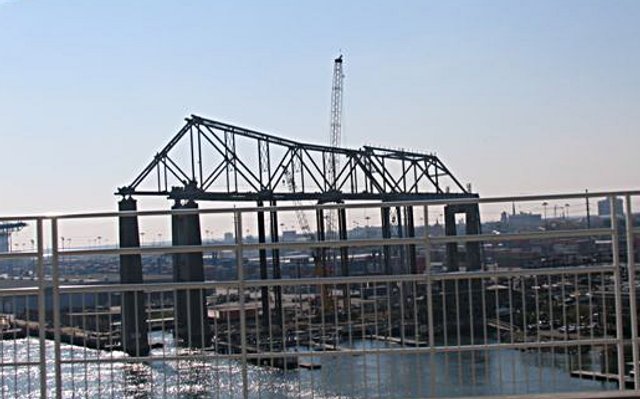 The worksite at the port 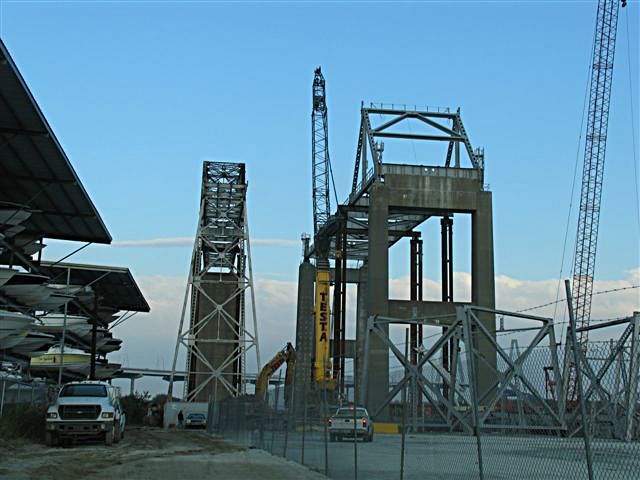 From East Bay - The Grace superstructure on the left, Pearman in the middle and the lone Pearman pier at East Bay. 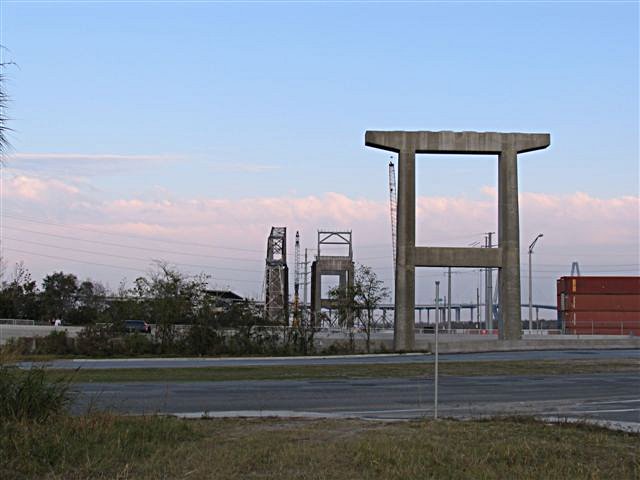 Only a few girders on the Pearman base 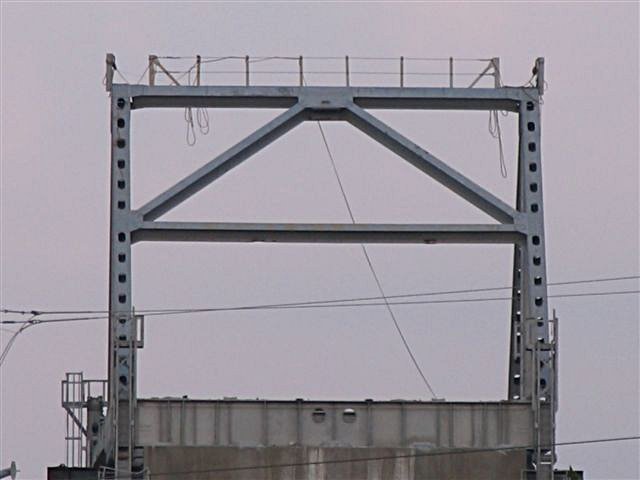 Another look from East Bay 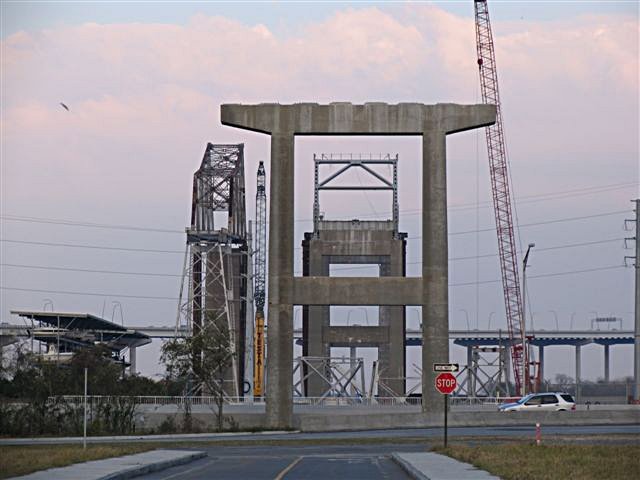 and Michael eating away at the support piers 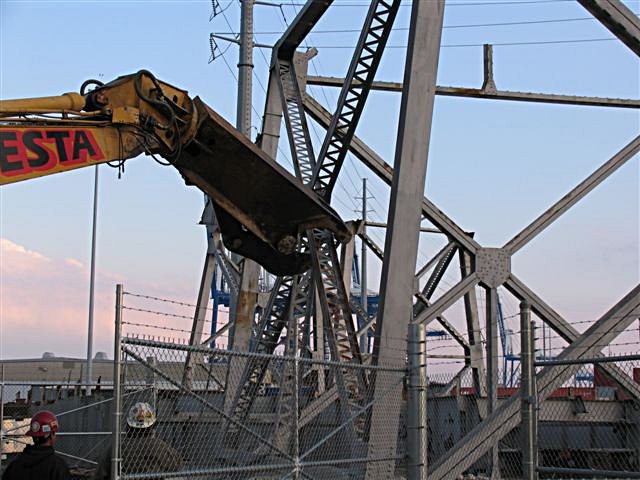 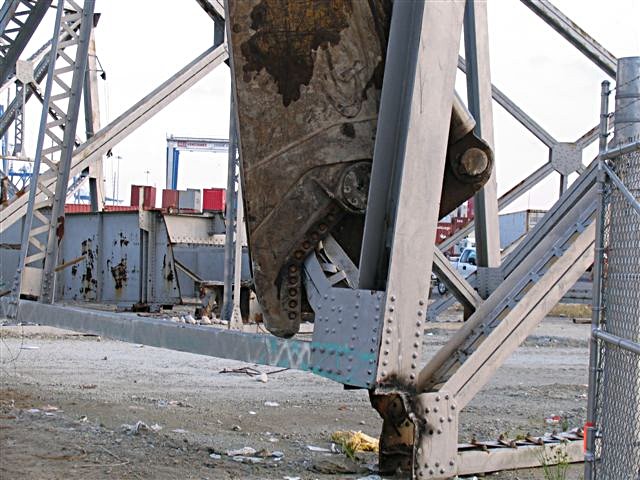 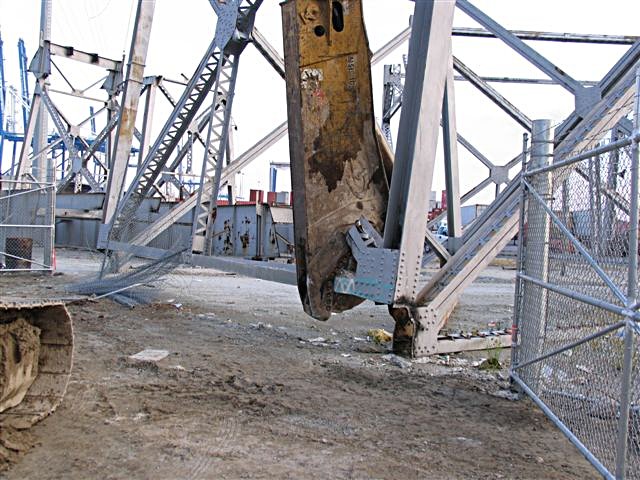 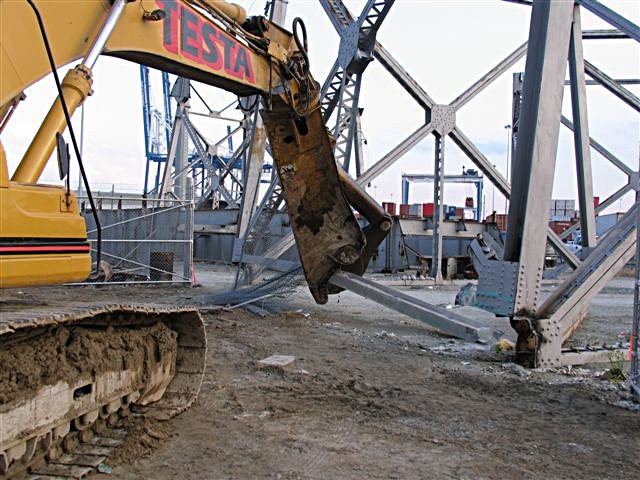 Bones from the superstructures 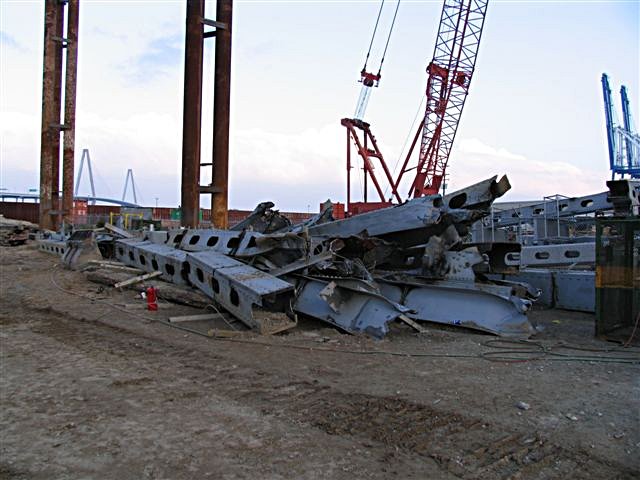 and more bones - waiting to be transported 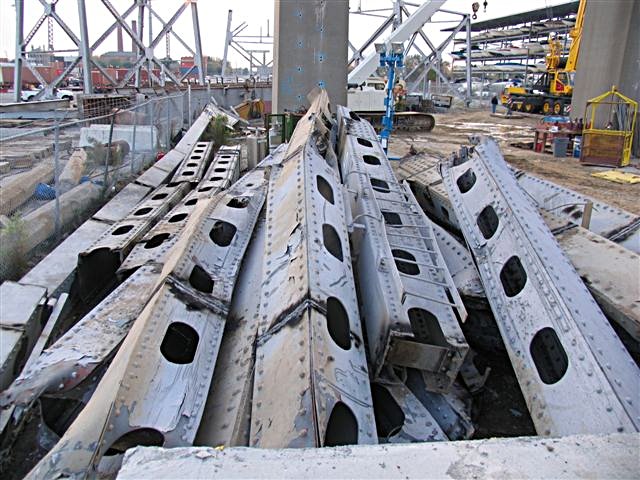 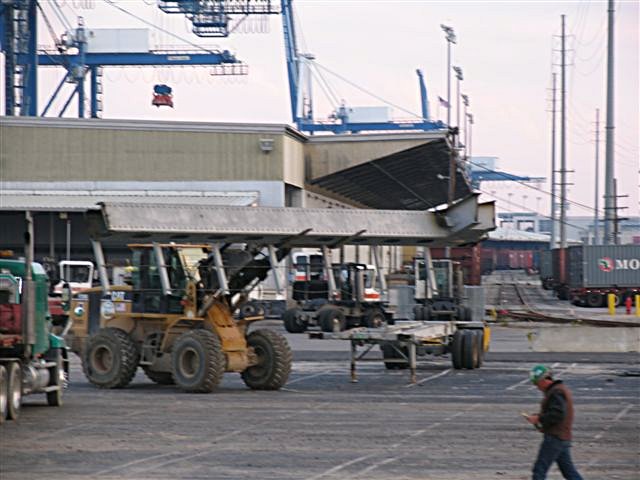 and the truck for hauling 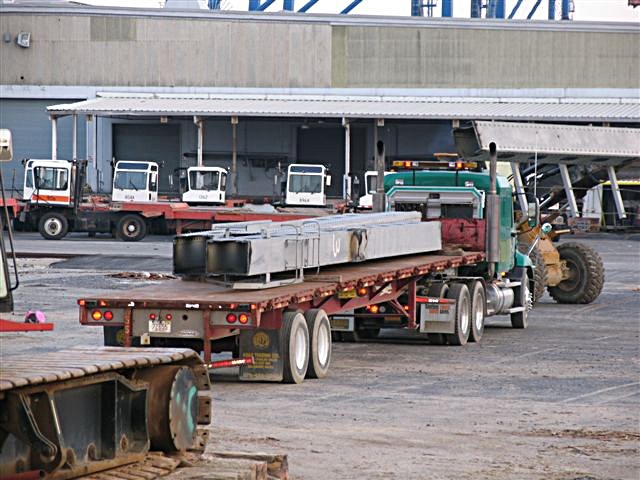 Manny in the launching position 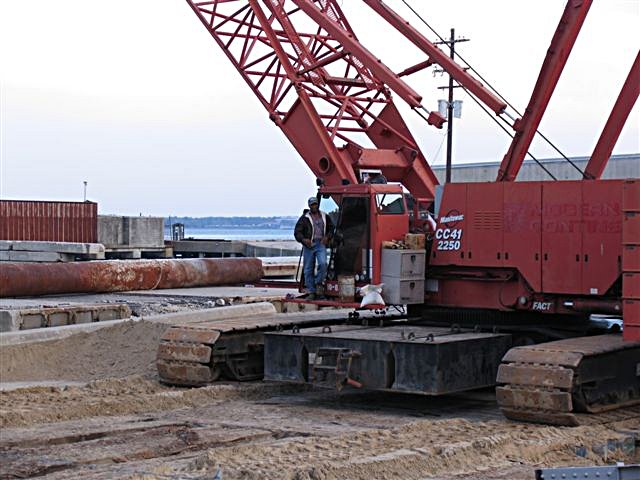 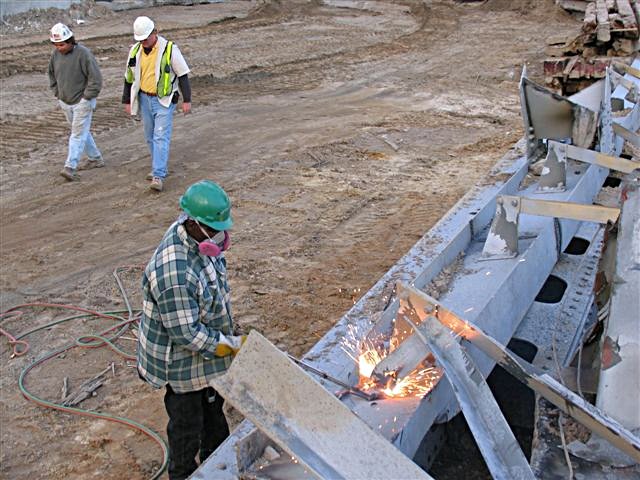 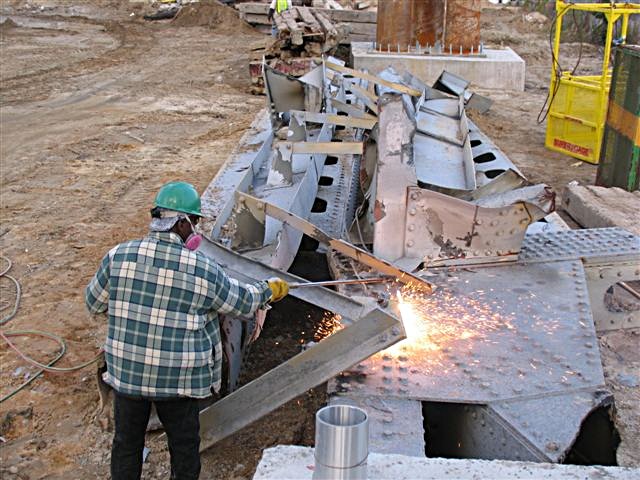 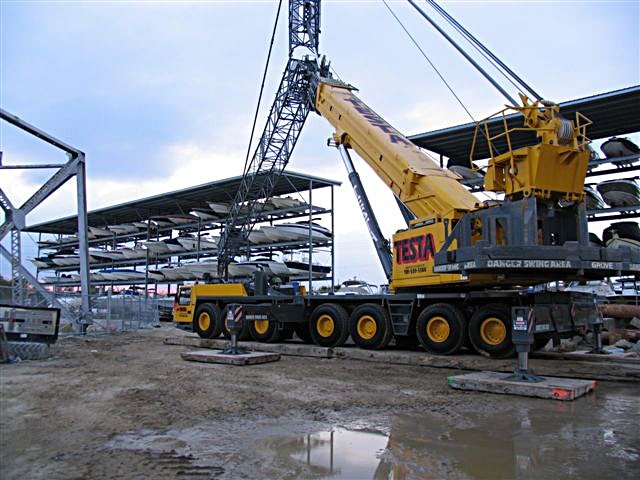 and a bit of rebuilding 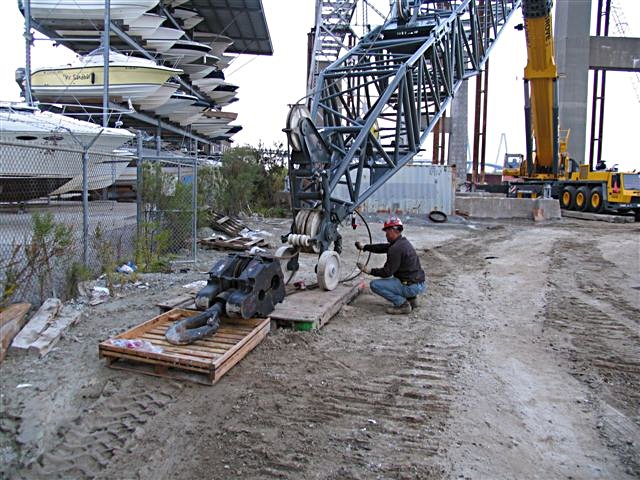