Josh (our youngest) came here with his girlfriend and Thanksgiving evening we walked over to the MUSC parking garage roof and looked at the worksite. It was cool and clear and the Ravenel Bridge was lit. 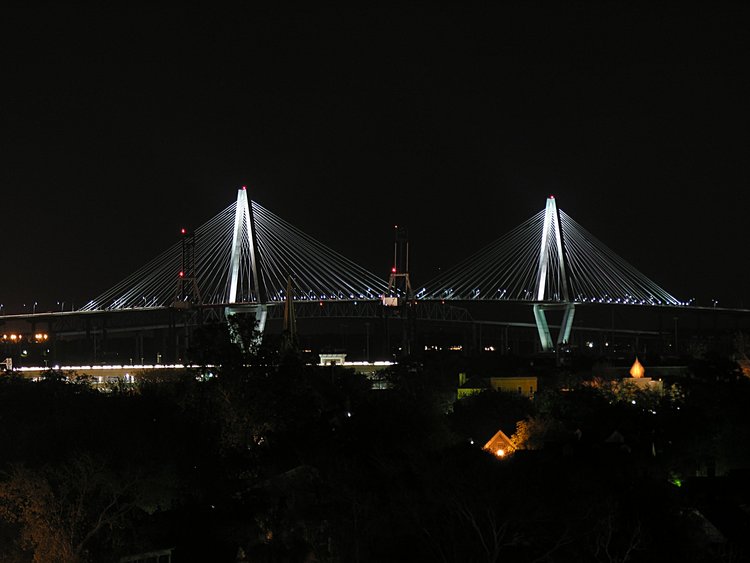 Looking to the left a bit, was a fun photo of the ghost-like western section of the Pearman. 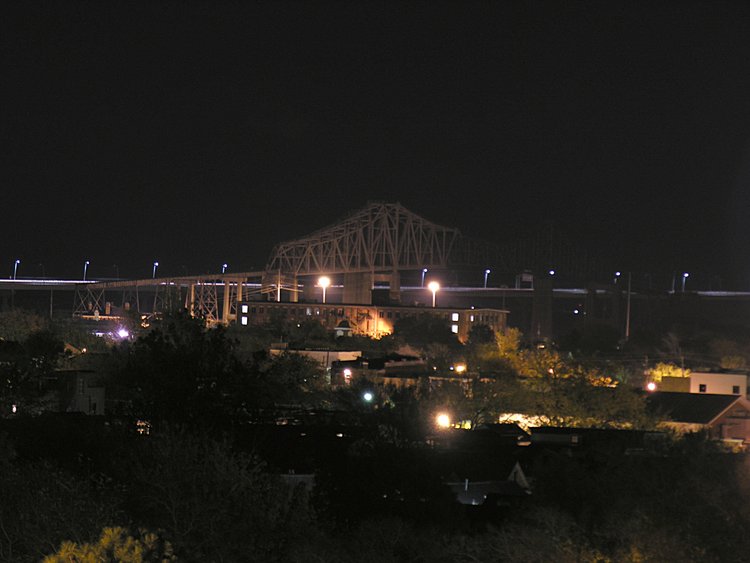 Since everyone went home for the Thanksgiving holiday, I had a small small window of opportunity to catch up with the work. The major work appears to be removing the Grace roadway as it enters the Cooper River. Pearman roadway removal seems near the end. The Grace and Pearman approaches on the Charleston side are near extinction - i.e. the Stonehenge monument's days are numbered. 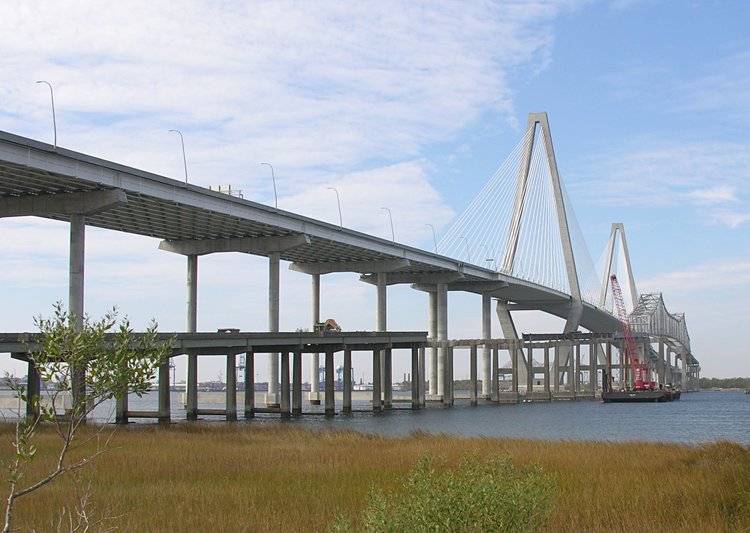 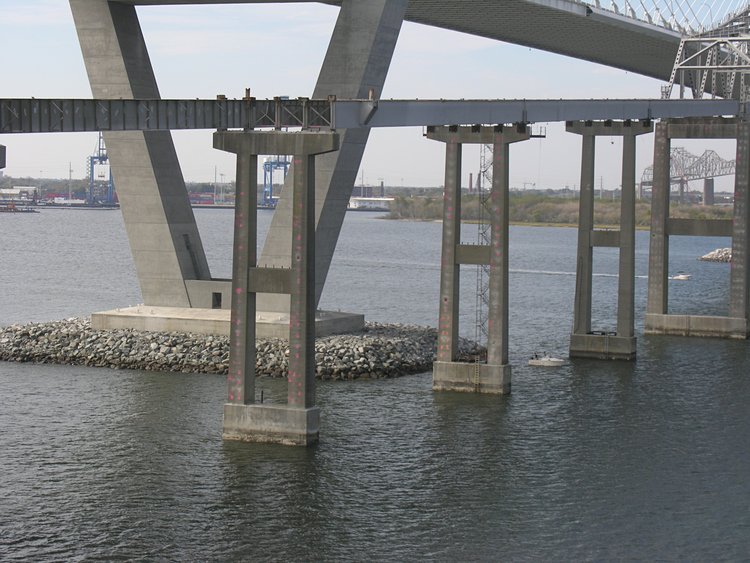 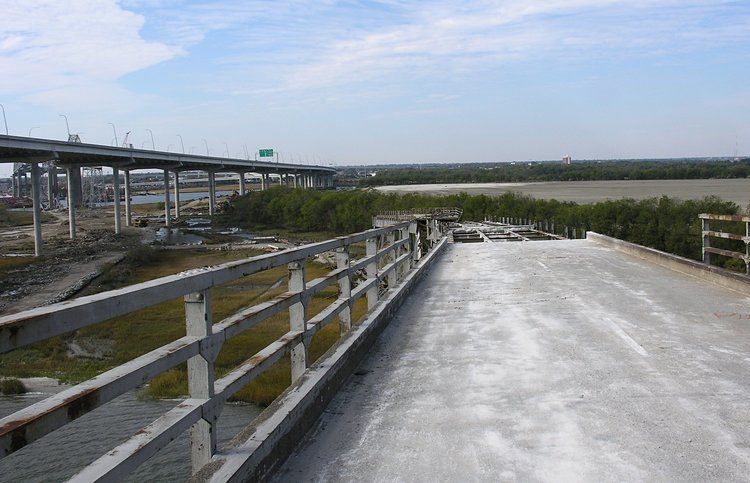 However, the Coleman recycle center still accumulates roadway, girders, rails and shoulders from the Grace and Pearman bridges. Shown here is the mound of rebar extracted from concrete sections of the bridge. 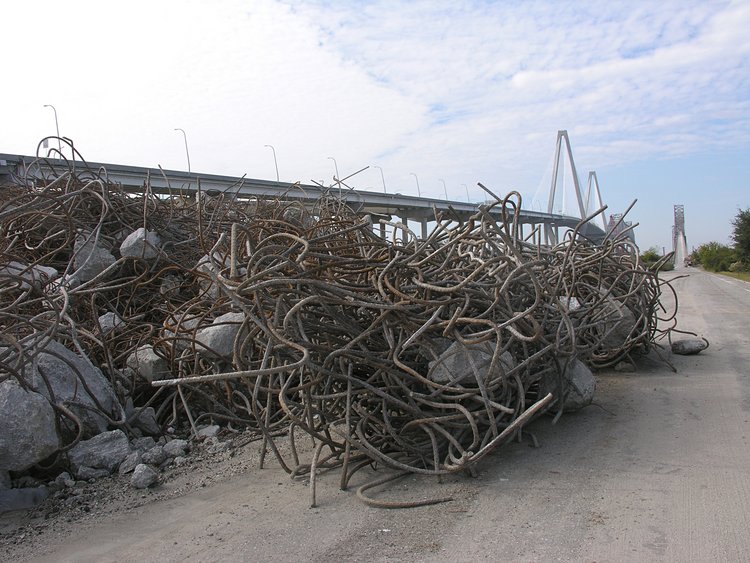 I just thought this was a fun photo - Cousin Arthur Ravenel in the background looking over the situation while two cats (a 330 grapple and 375 shear) took a Thanksgiving break. The 375 shear's arm nicely framed the Grace and Pearman superstructure. 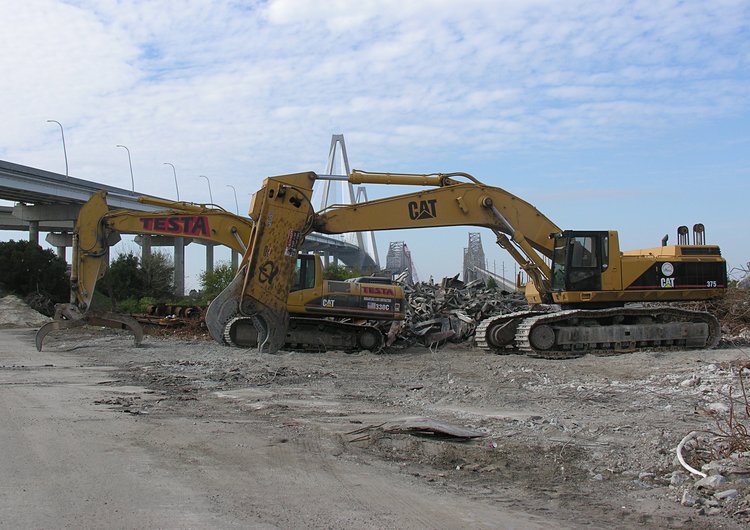