Sparky got out this weekend to explore progress around Drum Island. As many of you know, there are plans to drop one of the Pearman concrete piers sometime this week. Combining a few my earlier photos with Sparky's provide a context for this complex process. Advanced Blasting Service has been busy drilling piers in preparation for dropping them with explosive charges - shown here (from October 22) and after D25 was prepared.

Earlier photos (Nov 7) of work around D25 and D26 provide some context for events leading up to this week's event. Here is D25 on Nov 7 when Cashman/Testa was picking the girders between D25 and D26. You can see the vertical array of holes Mickey's team drilled several weeks before on the left side of the nearer pier. 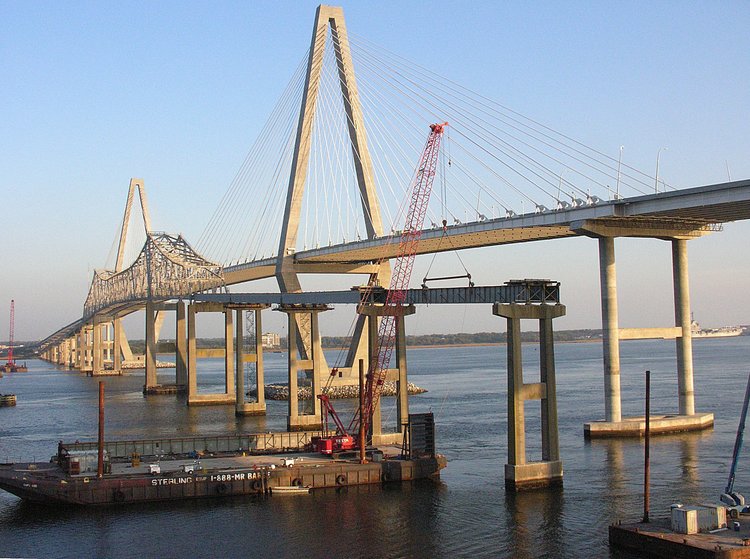 Here is an example of preparing the piers for demolition - drilling the holes - this example is from C-6 (pier 6 in the Cooper River on Oct. 22). 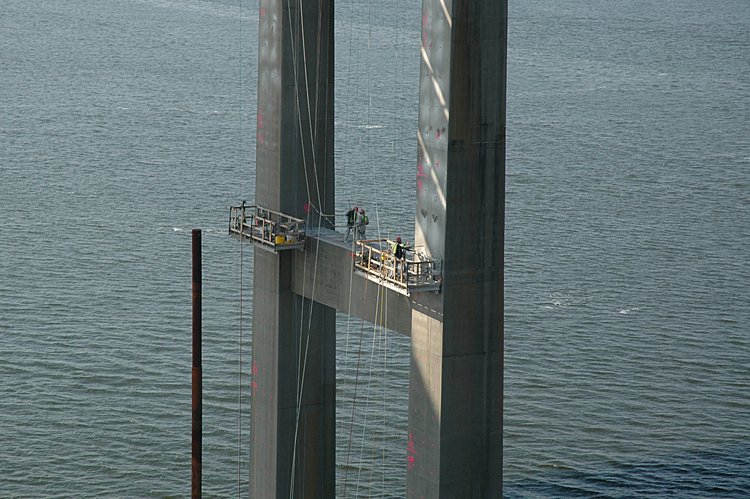 Here is a view of the Pearman skeleton (D25) on Nov 16 after girder harvesting. 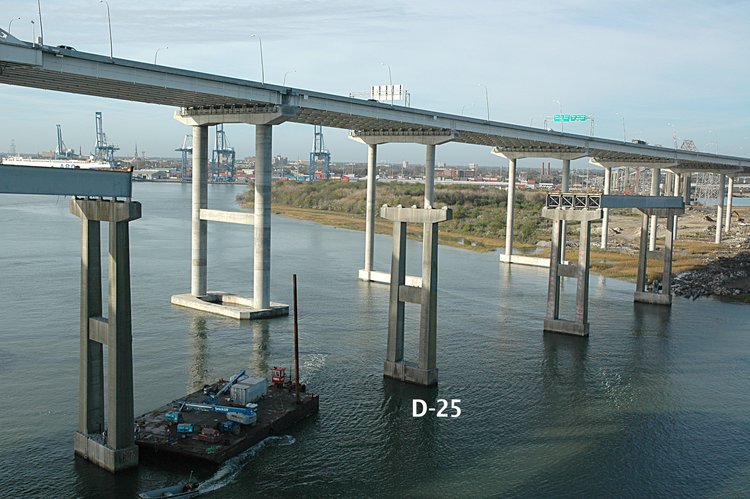 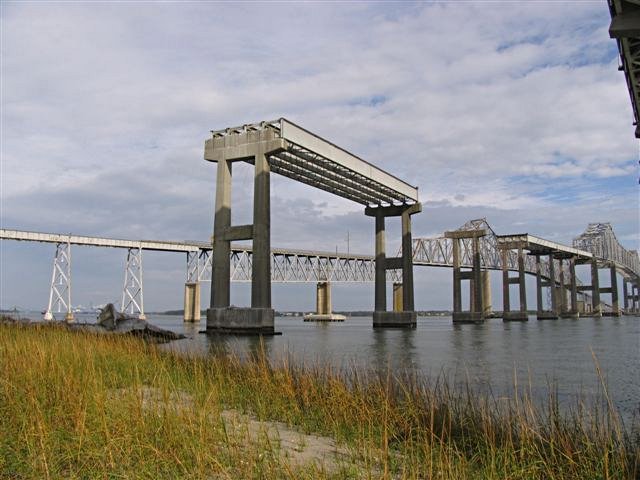 Here, you can see holes drilled into the piers by Mickey Rogers' Advanced Blasting team. 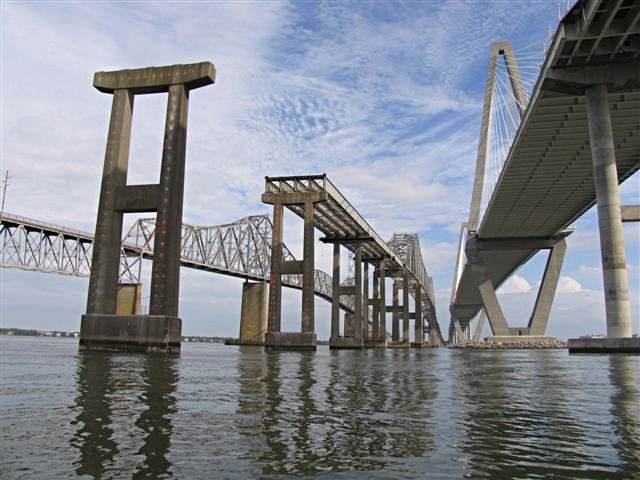 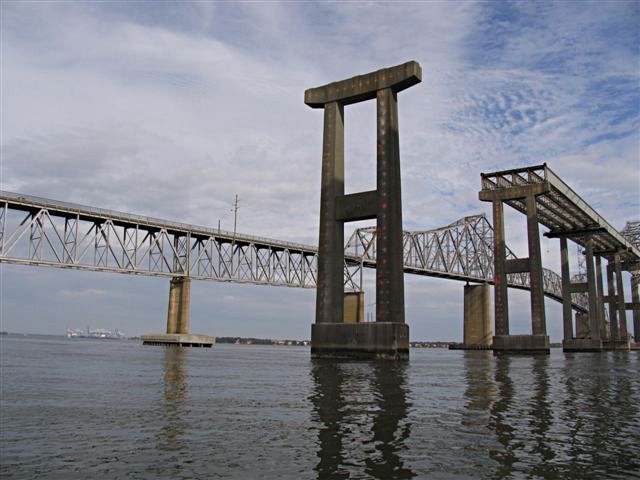 Here, you can see that D26 and D28 have been preped 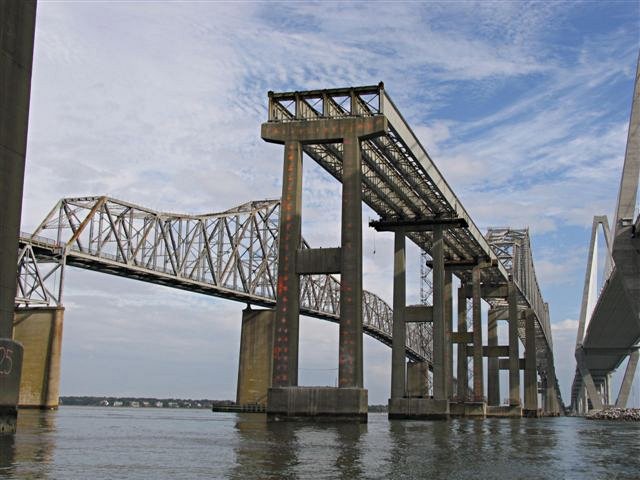 And a view of D26 and the Grace 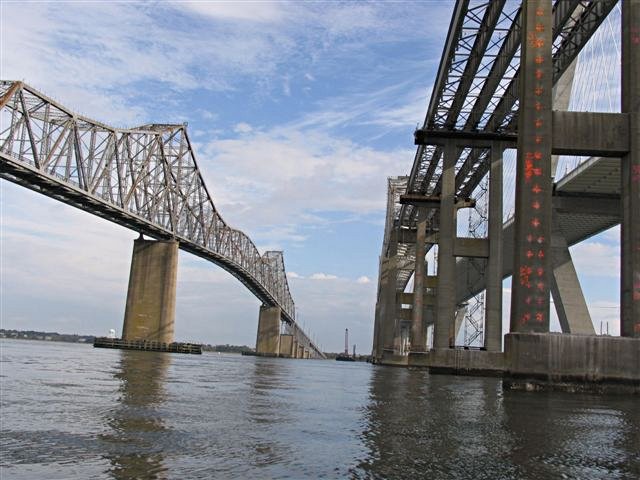 Drum Island is mostly clear of bridge bones. Cousin Arthur is watching from the left while a carge ship passes below 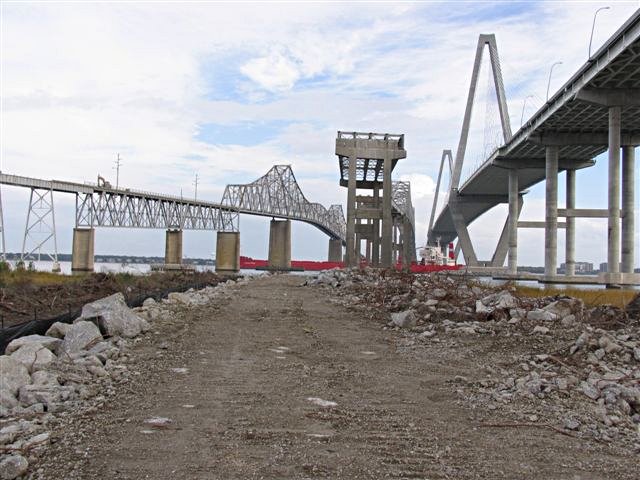 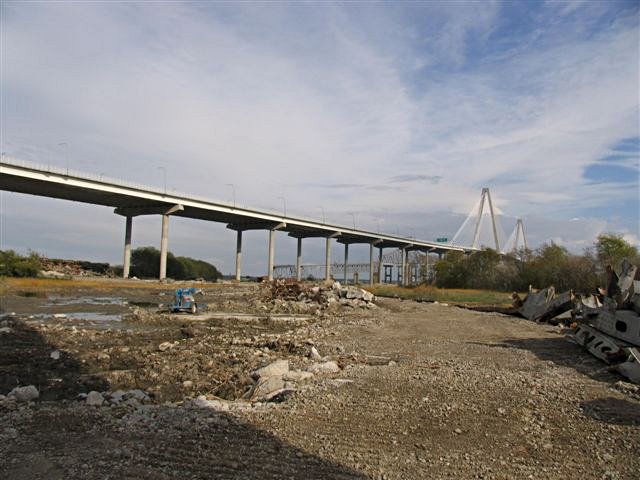