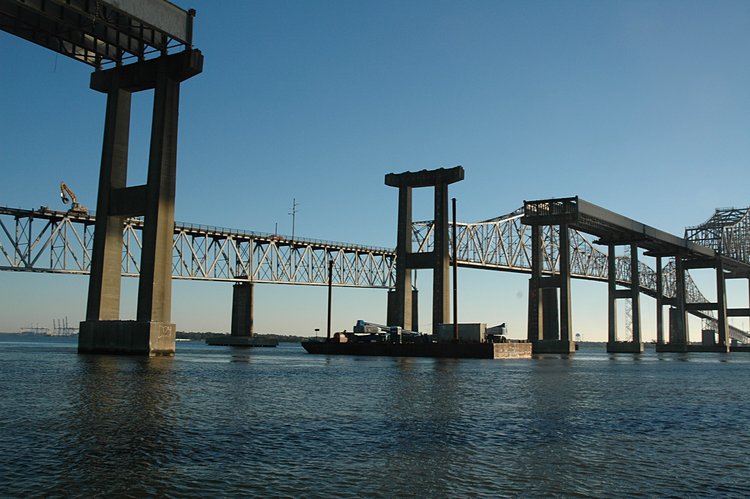 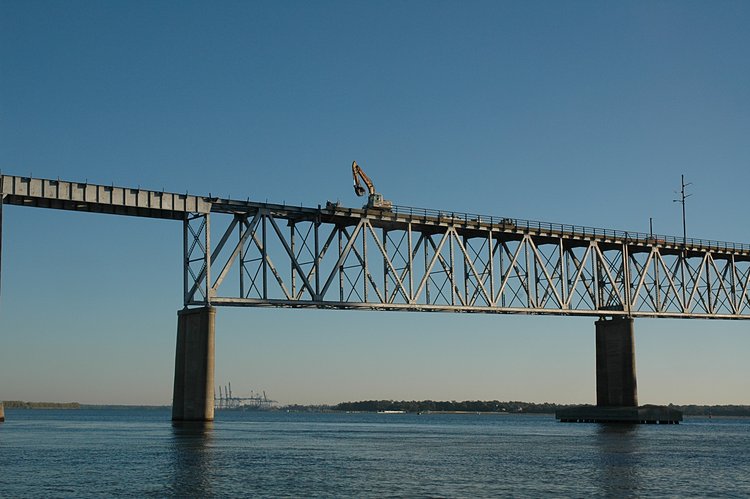 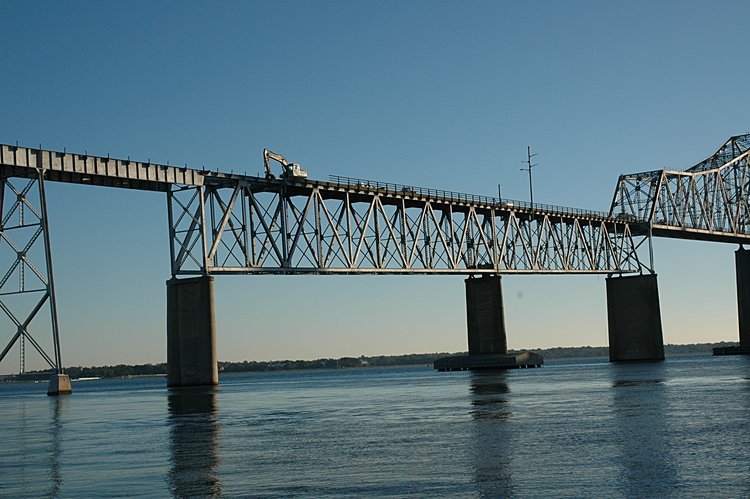 then rotates and puts it to sleep behind him 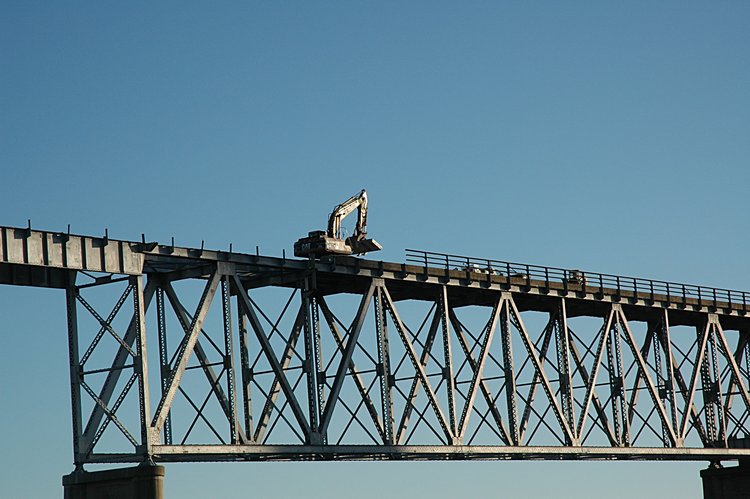 When a section is removed, Ted moves back in with his concrete cutter - just barely visible to the left of the grapple 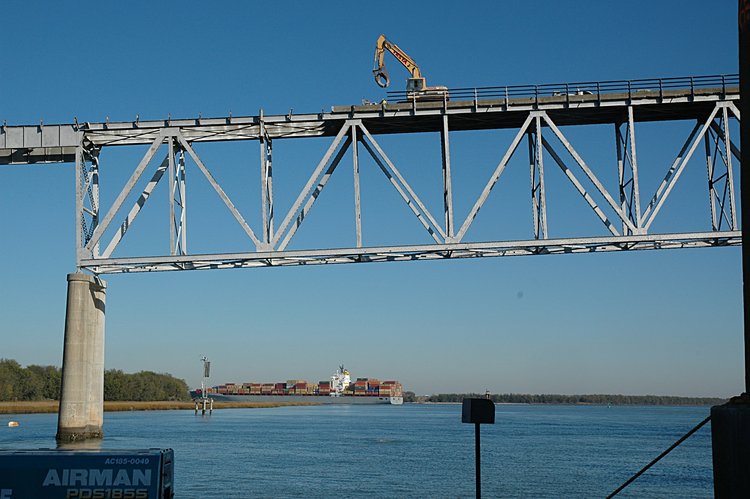 Now its Richie's turn. While Brad stabilizes the guard rail, Richie cuts the next segment to be removed. 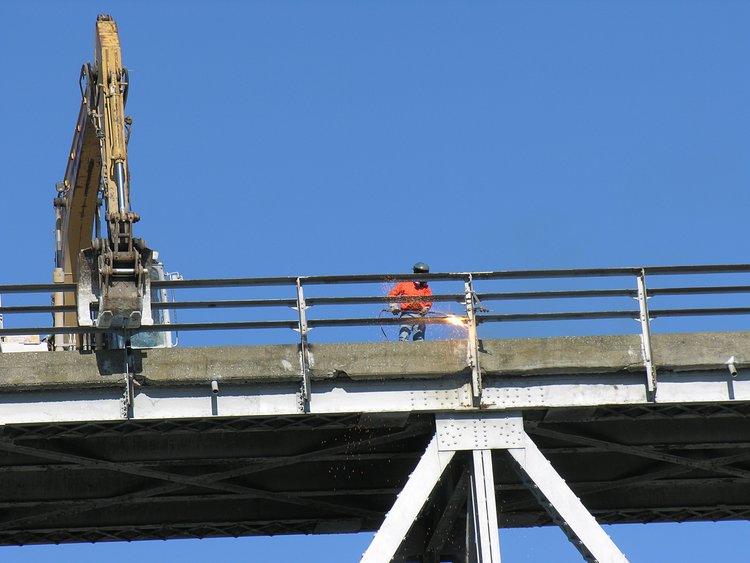 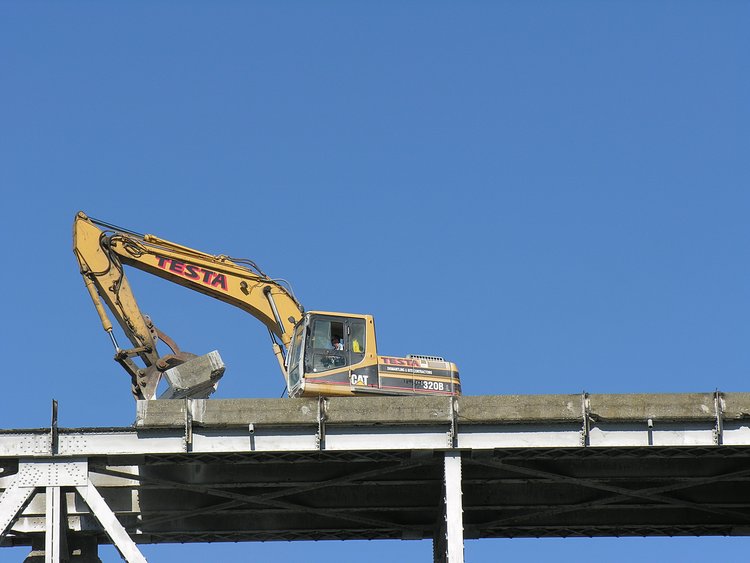 rotates and puts it down 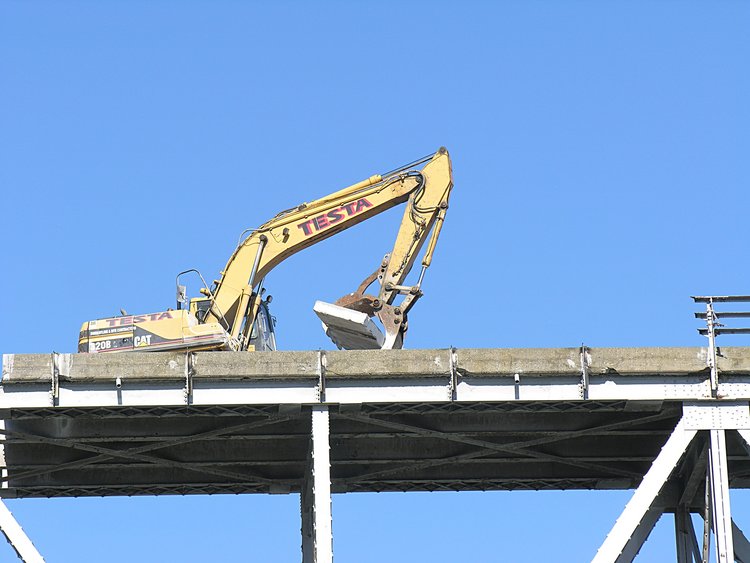 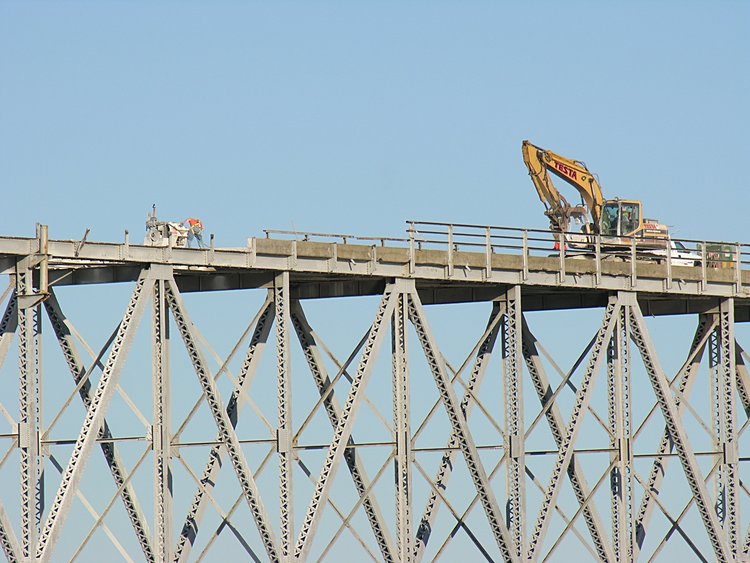 Here is a last view that shows all the instruments: Ted playing his cutter, Brad making a yawn with his grapple, probably Richie in the micro-CAT, Ted's truck (that provides the water for cooling, and I suppose lubricating the diamond saw blade) and Pio - somewhere. 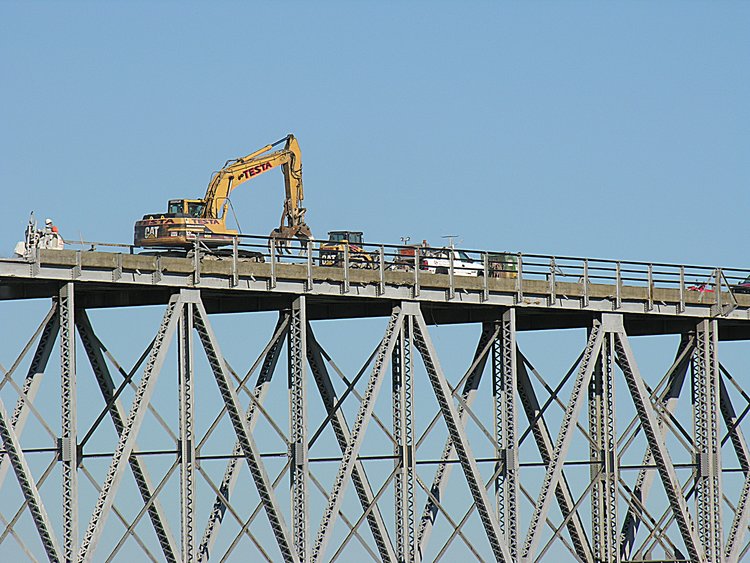 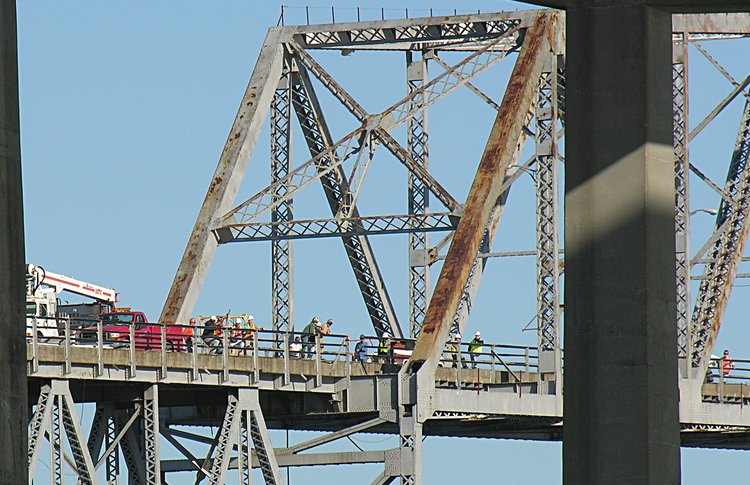