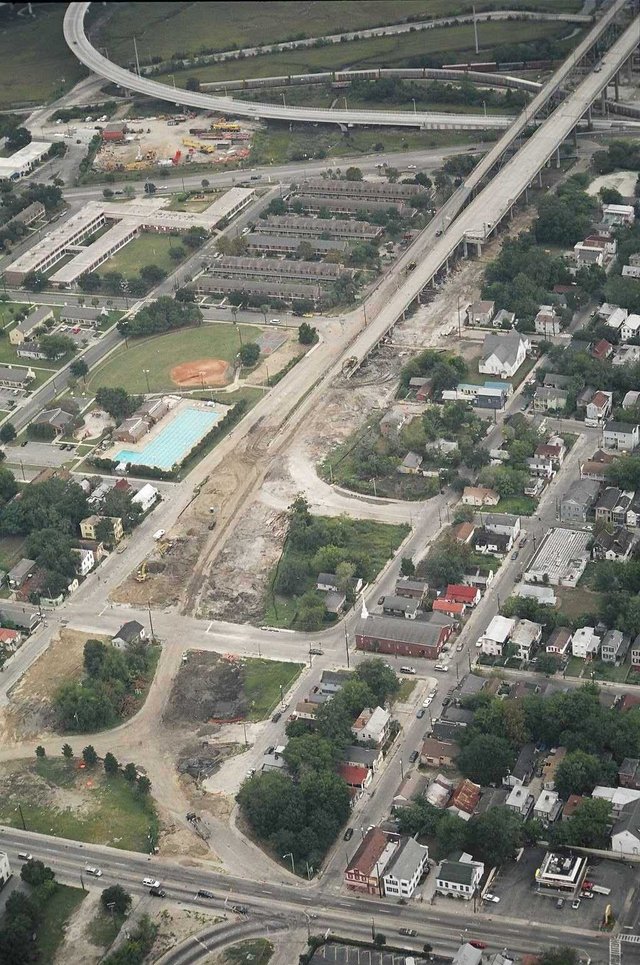 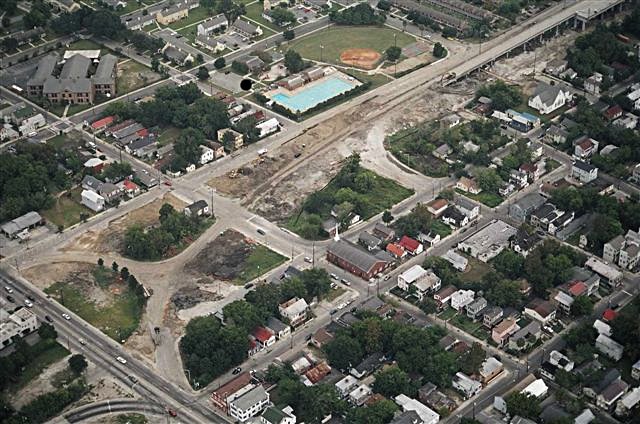 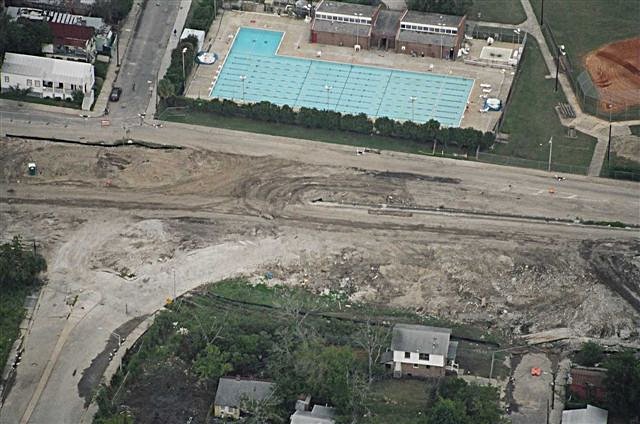 The Pearman and Grace approaches at the port 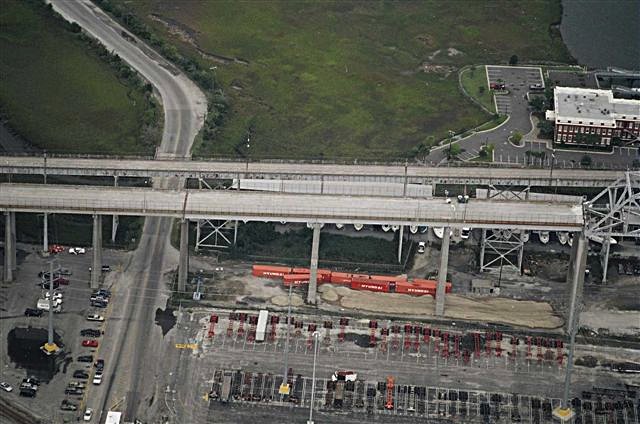 Transition to the Town Creek bridges 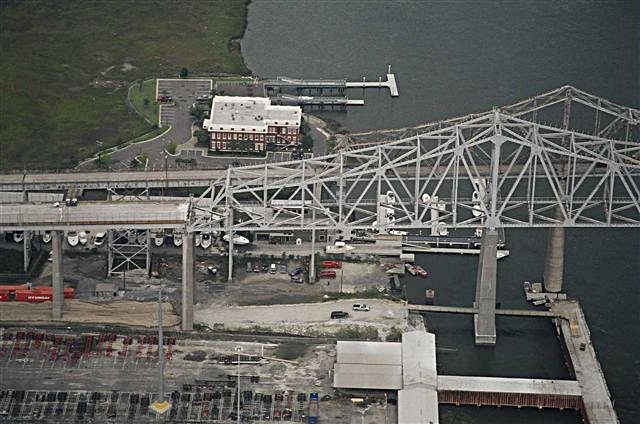 The Town Creek skeletons: Note the white barrels on top of the Pearman, preparing for the initial explosive unbuilding of the Town Creek main span 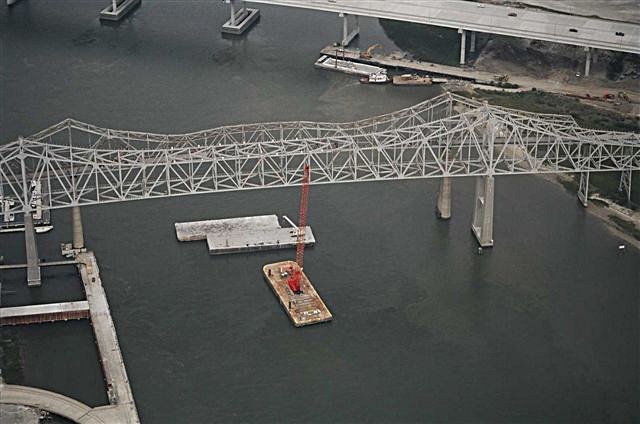 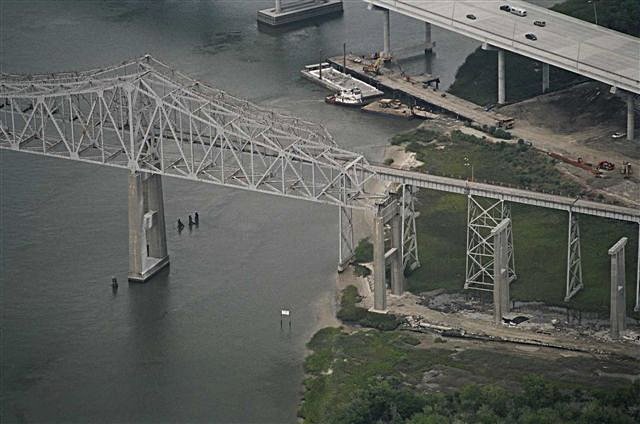 and the Pearman piers = Stonehenge 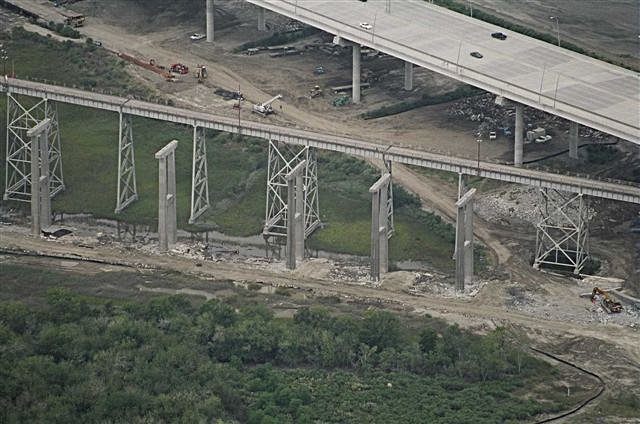 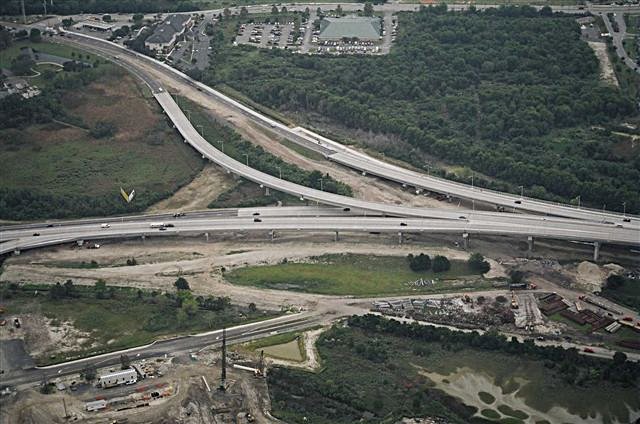 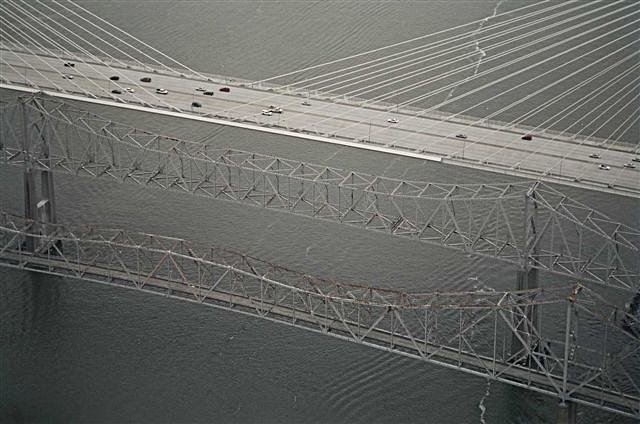 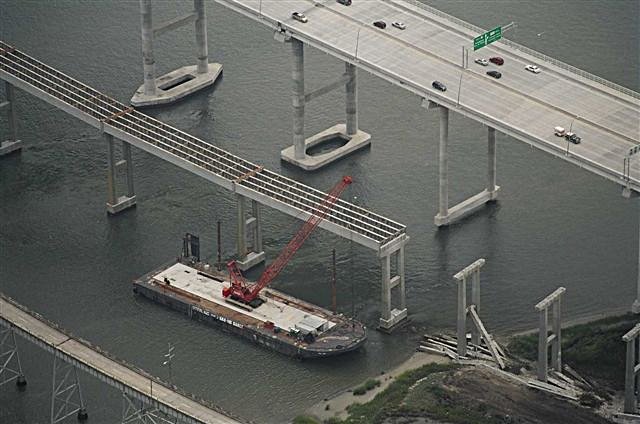 Back to Stonehenge on the east side of Drum Island 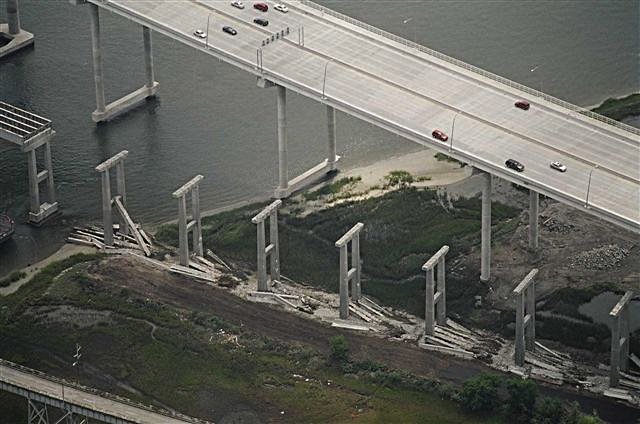 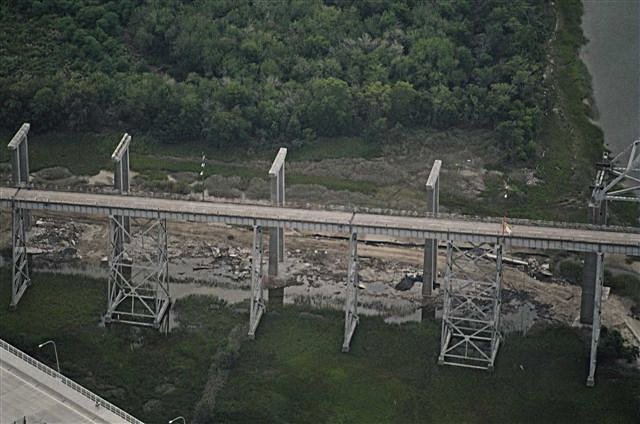 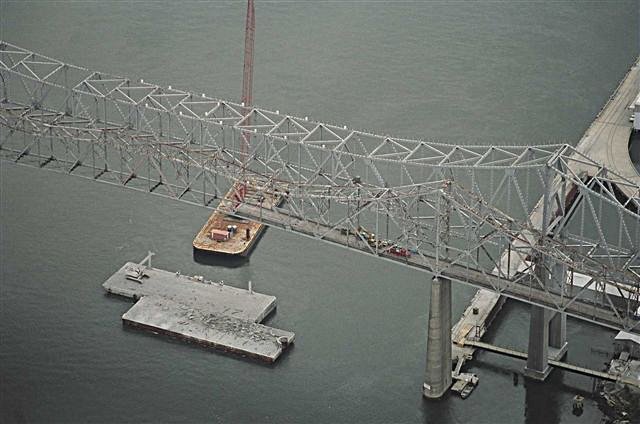 and the area around America St. 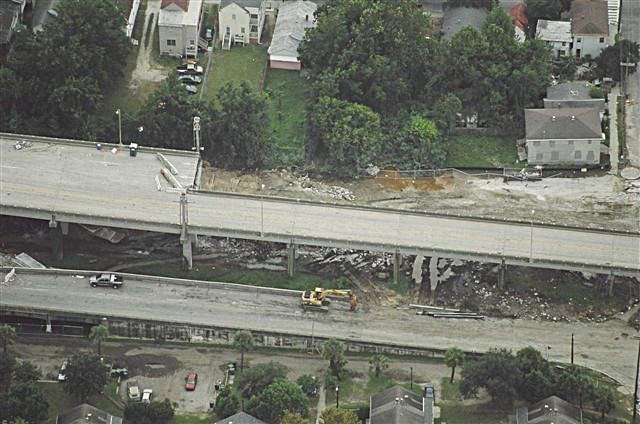