Home Meeting St East Bay Drum Island Mt. PLeasant Pearman Stories Grace Stories Implosions Enginnering Insights Stories of unbuilders Learning Links Bridge Video Bridge Blog Unbuilding Archive All Unbuilding Segments Building the Ravenel Bridge Photo Essays About me
October 1, 2005
The Billingsley Clan
During the 1993-1994 academic year, I taught at the Indian Institute of Technology (Madras, India - now Chennai India). Ellen and I were by ourselves and only Josh, our youngest, was still experiencing the joys of formal education. We communicated via email - through Kalyan Krishnan>, my friend in the IIT Computer Science Department. Anyway, someone (probably one of our kids) suggested that Christmas day, we have a talk via the Internet.

The program talk was part of the Unix toolbox and allowed people on two difference Unix computers to have a conversation. Ellen and I walked over to Krishnan's systems lab on Christmas day and our kids gathered around a computer terminal at Jack's home in Winston Salem N.C. (our oldest). And we talked (via keyboard) for perhaps 30 min. I realized that the Internet brought resources to me, no matter where in the world I was and no matter where in the world they were located. More recently, Thomas Friedman published The World is Flat - a brief history of the 21st century. While Friedman focused on the commercial implications of how Internet + inexpensive communication flattens the world, we experienced the social and cultural implications of our "Flat World".

So what does this have to do with the Unbuilding of the Grace and Pearman bridges. This web site, for me, was a continuation of my exploring Internet-centric leaning (my personal bias is to ignore education and focus on learning) via engineering-motivated photo essays of the building of the Ravenel Bridge. During the construction of the Ravenel Bridge, I had active email conversations with many folks that were following the bridge. A few were related to bridge workers. With the unbuilding project, though, the majority of my email was with wives and relatives of many of the Boston based workers. Something new had happened. Our Unbuilding website was being used by family members - wives, relatives and kids, for tracking what was going on - in a place far far away from Boston. So we had built, via our web site, a virtual home.

Early email from members of the Foley, Hebb and Billingsley families had the effect of establishing friendships through project workers here. This story is about Ponch Billingsley, triggered by Kathy, his wife, and her email. Ryan Billingsley, their son, also is part of the Testa team and soon, Adam (another son) will get a taste of the world of Steve Testa. What we found was a new way of learning - whether about a technical area (bridge building or bridge unbuilding) or learning about our friends and families. We stumbled on using the Internet for both learning and social interactions. This it not new to some - but for others - realizing that the Internet is causing a paradigm shift in learning and opening new avenues for family communication - is new.

Yesterday Kathy wondered where my web updates were. I was at NIH (Bethesda Md) but her note reminded me that I needed to catch up. So early this morning I visited the Pearman worksite. Who should I find but Ponch - multitasking as usual - 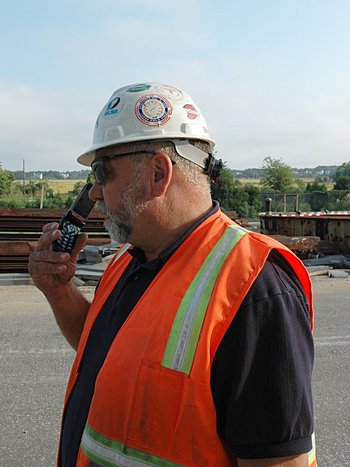 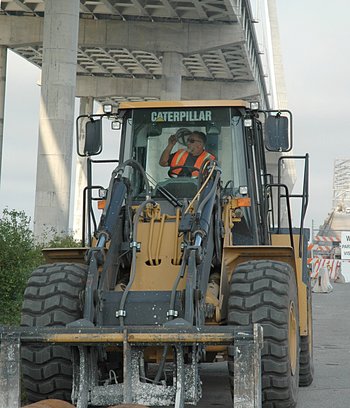 and moving some steel girders 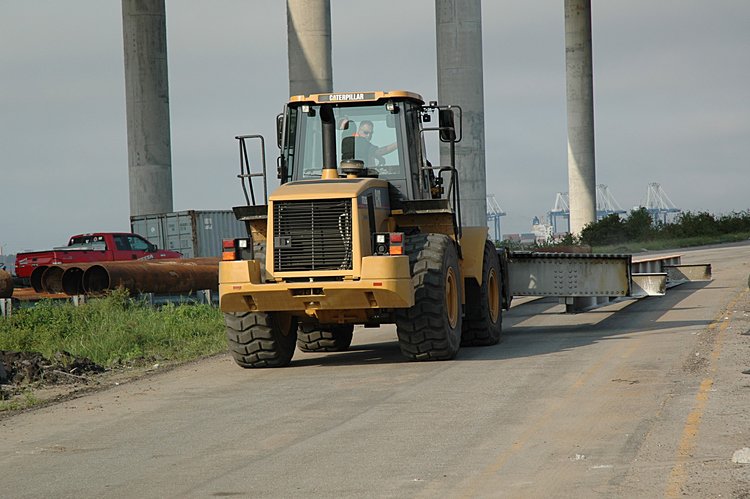 A couple of weeks ago, I caught Ponch at what I call the Mt. Pleasant Recycling Yard 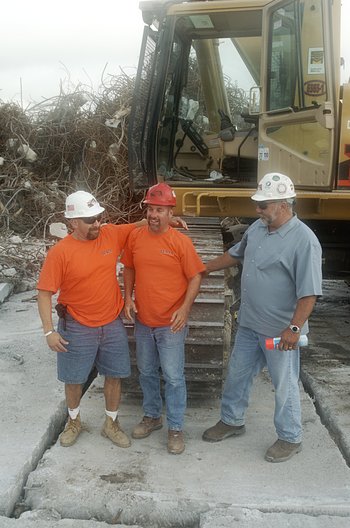 and with Jack Foley 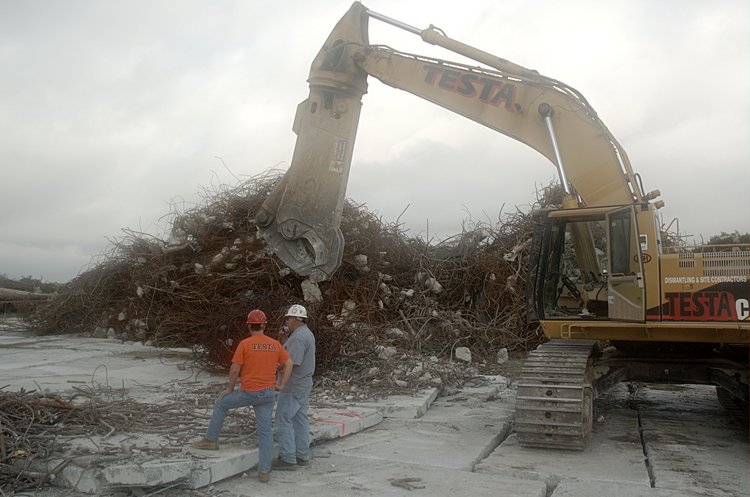 and a few days earlier I found Ryan (on his birthday) 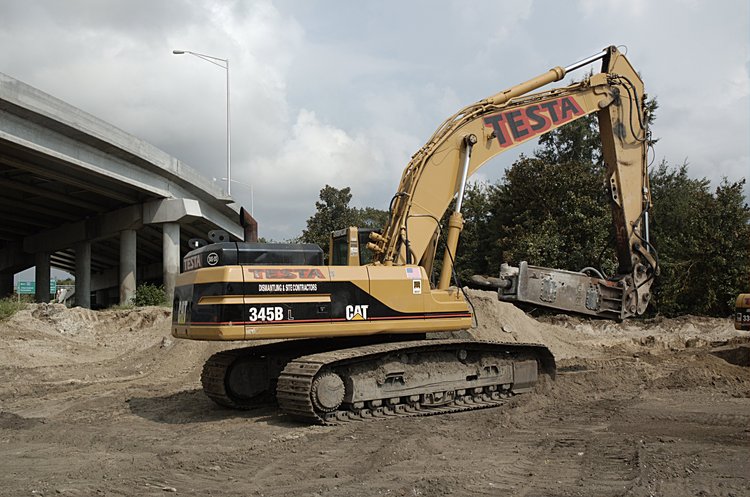 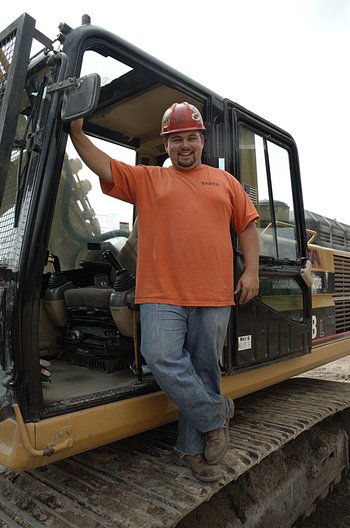 and before I knew it - I found Scott, working at the Navy yard. 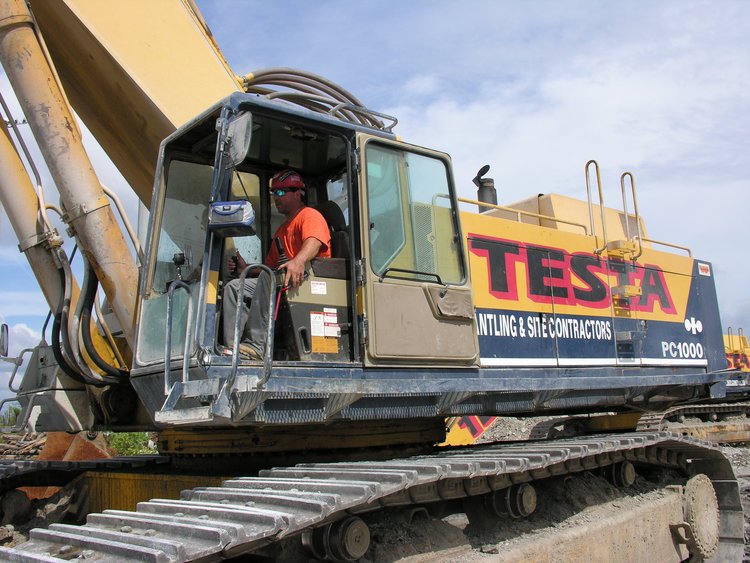 So meet the Billingsley family - in our Internet-flattened world