Home Meeting St East Bay Drum Island Mt. PLeasant Pearman Stories Grace Stories Implosions Enginnering Insights Stories of unbuilders Learning Links Bridge Video Bridge Blog Unbuilding Archive All Unbuilding Segments Building the Ravenel Bridge Photo Essays About me
October 3, 2006: SCDOT Aerial Views of Unbuilding
Every 2 months, SCDOT acquires an aerial view of the unbuilding and provides us with a unique view from above. Sparky, Brian and Mickey provide us with ground level and water level photos. But the contribution from SCDOT (Julie and Creta and Larry Workman who flys and photographs ) provides a different perspective. Thanks!
Here is Cousin Arthur - mostly alone now. What a change over the past 10 months! Here is the view from 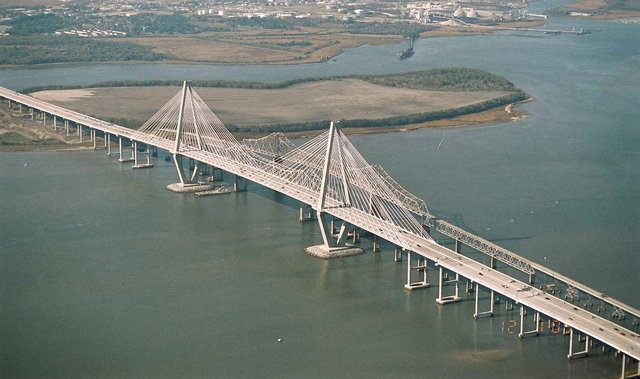 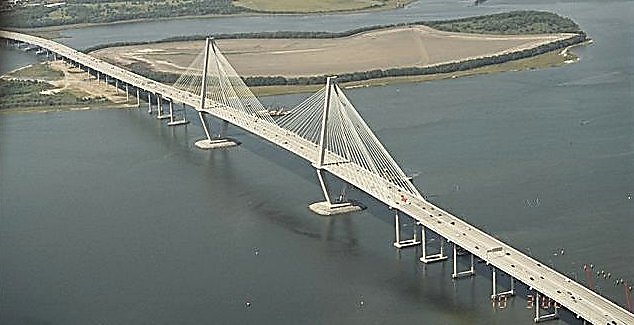 Mission control is at the intersection of Huger St and East Bay and across the street you can see what is left of the PBC control center. 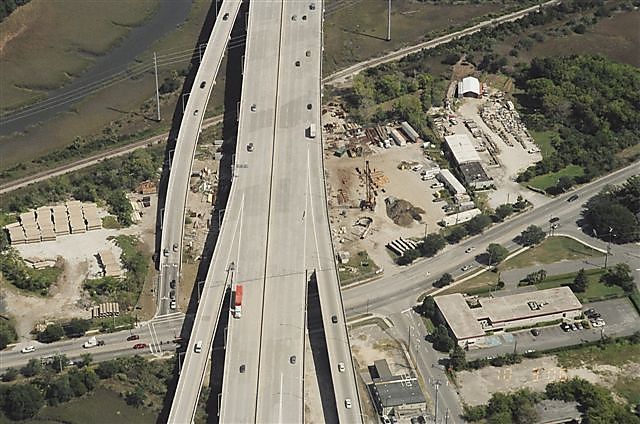 Here is the J. Cashman, the 995, doing cleanup. Note the two barges to the left - and the 995 snout fishing on the bottom right. Is that Pat and his tug keeping everything aligned? 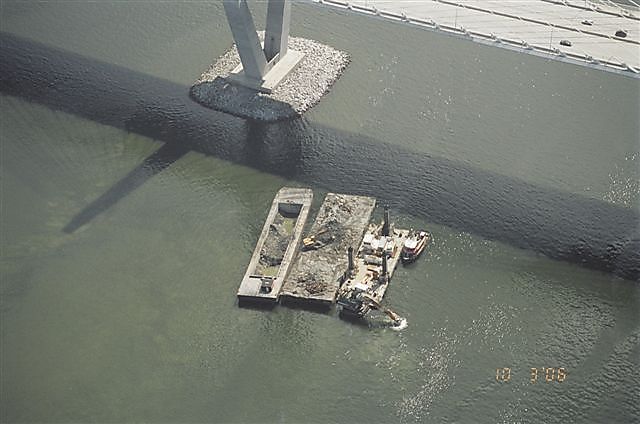 A good look at the 995 dropping a load into the adjacent barge. 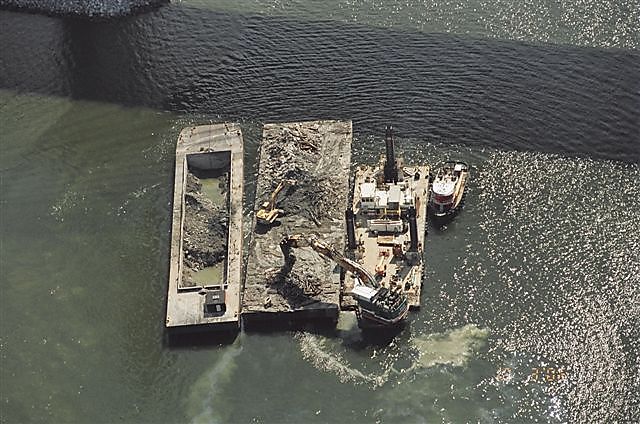 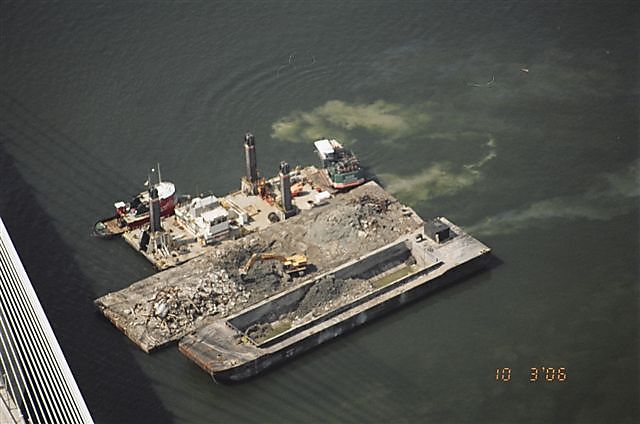 Here are the remaining Grace foot prints on the Mt. Pleasant side along with progress on the observation and fishing pier 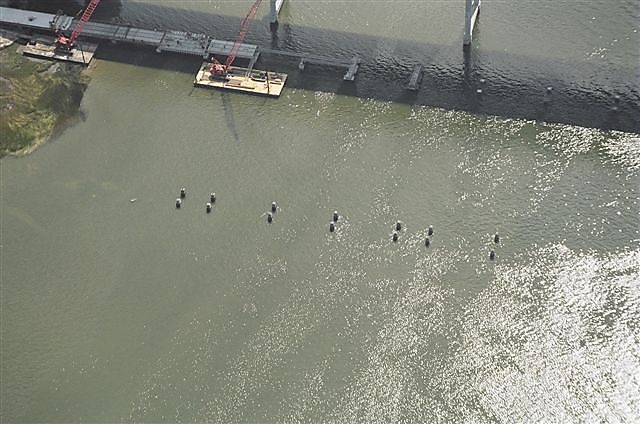 A closer look at progress on building the observation pier 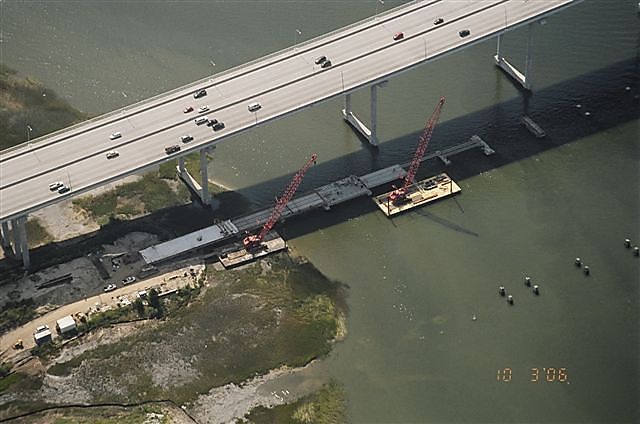 Back on the Charleston side - a view of the work on the remaining Pearman (foreground) and Grace (background) trusses. 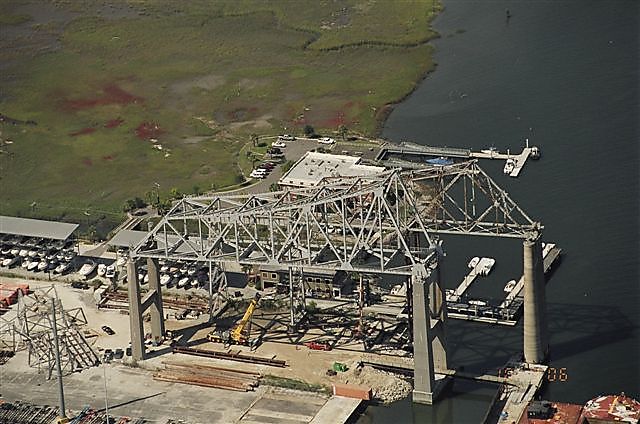 From above the Sea Breeze Marina - and Mickey's new office 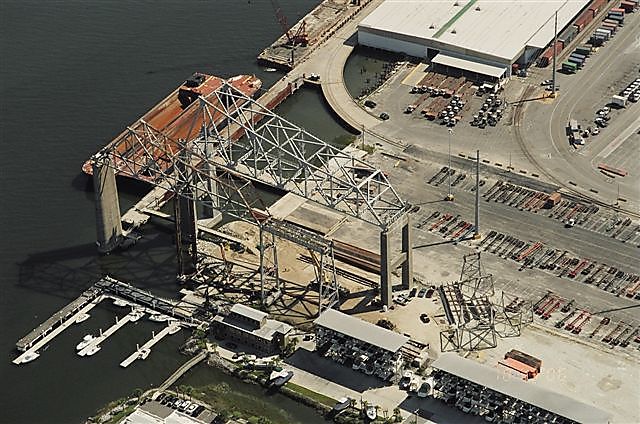 Here Michael is fishing for debris and Stan setting up for driving some piles at the far end of the observation pier. 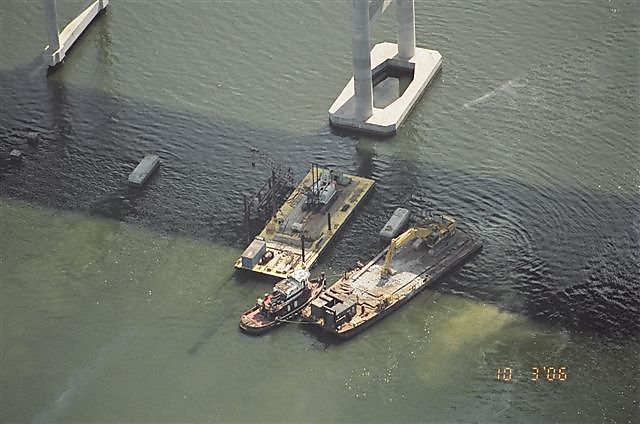 Work around the Grace substructure 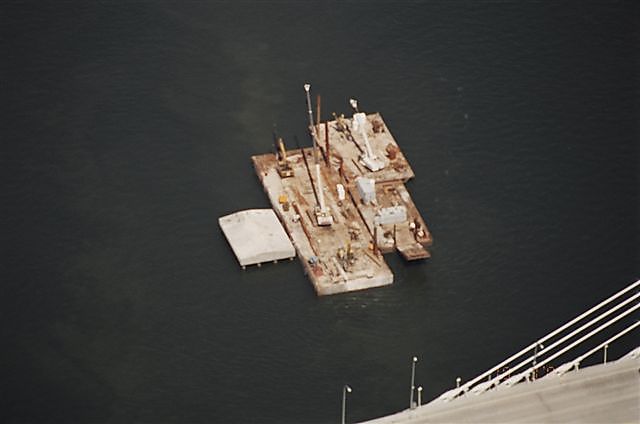 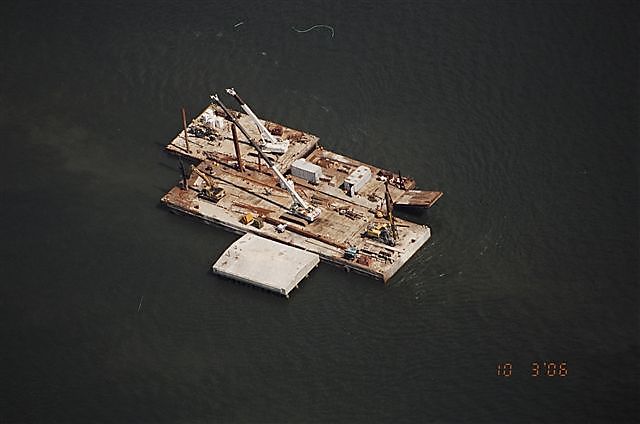 A view of the worksite on the north side of the Ravenel Bridge - with work on the Grace substructure in the foreground and in the background, the 995 cleanup. A very interesting shadow of the stay cables on the water surface 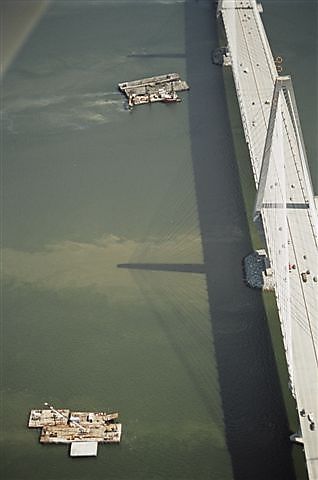