I was out of town this week (bad timing) and thanks to many - we accumulated a good collections of video and still images - Amy Spires and her daughter, Miranda, captured the event with video: Pearman Blast (6 Mb AVI video) while Bryant Stowe and Sparky Witte captured individual photos.

As I understand the process, the goal was to drop the truss section as 11 segments between the pins that link the truss to the cantilevered segments as described from looking at the Pearman segment from the Grace Bridge. The buoys would mark each of the 11 segments. 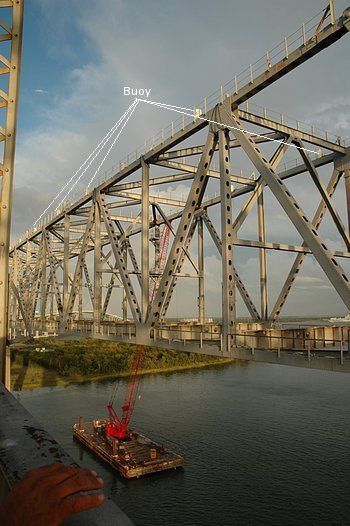 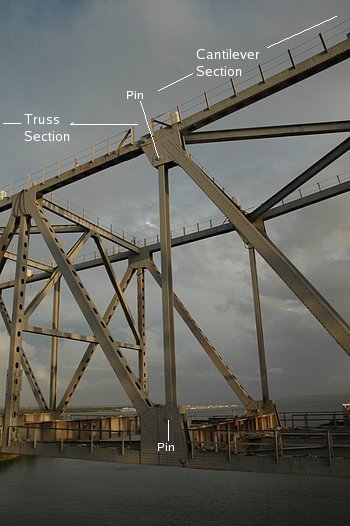 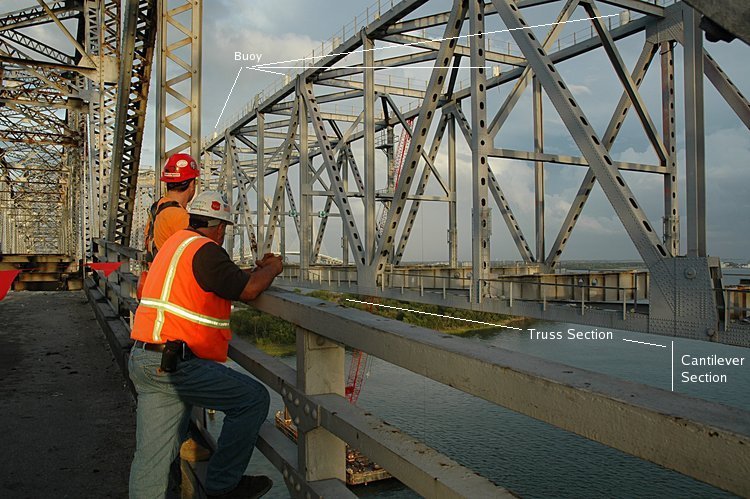 This is the before - as seen from Sparky's boat 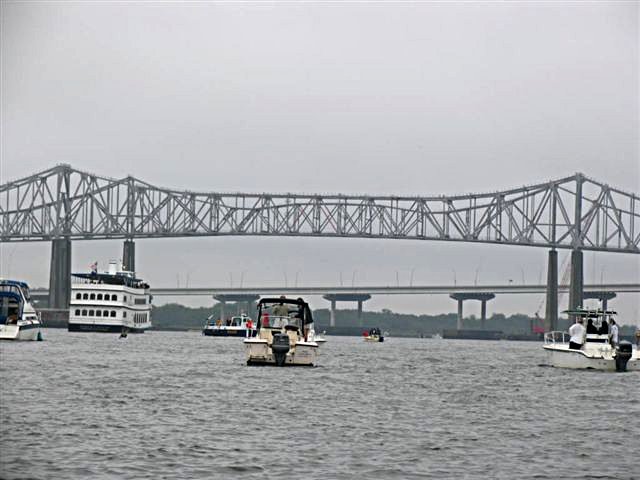 and this is just after as seen from Bryant Stowe's location 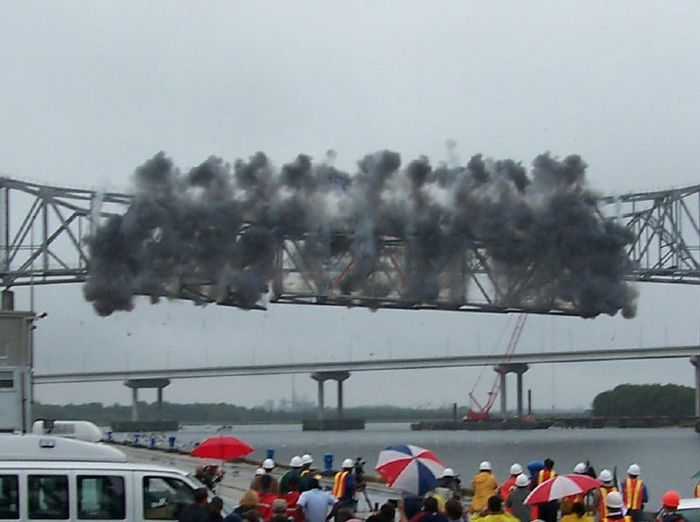 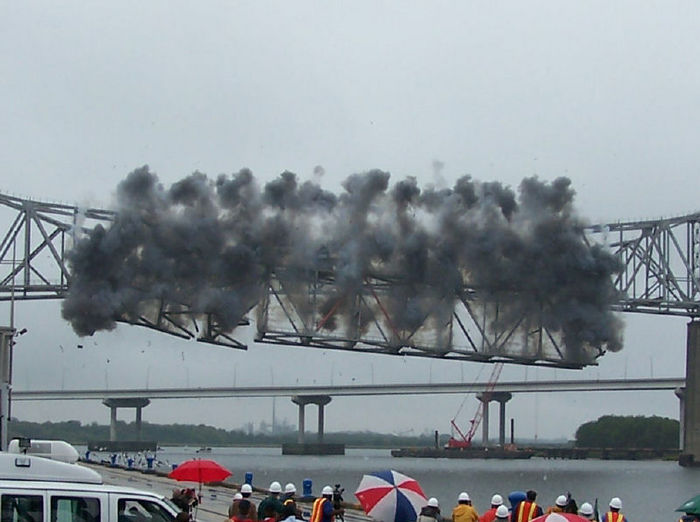 A different view from Sparky's boat 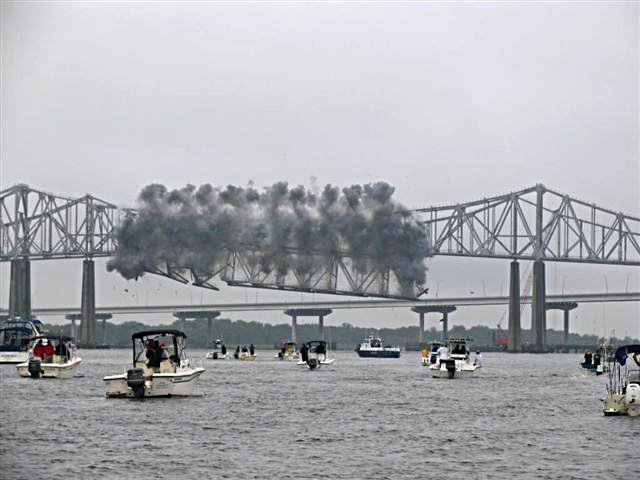 And at about the same time from Bryant's vantage point 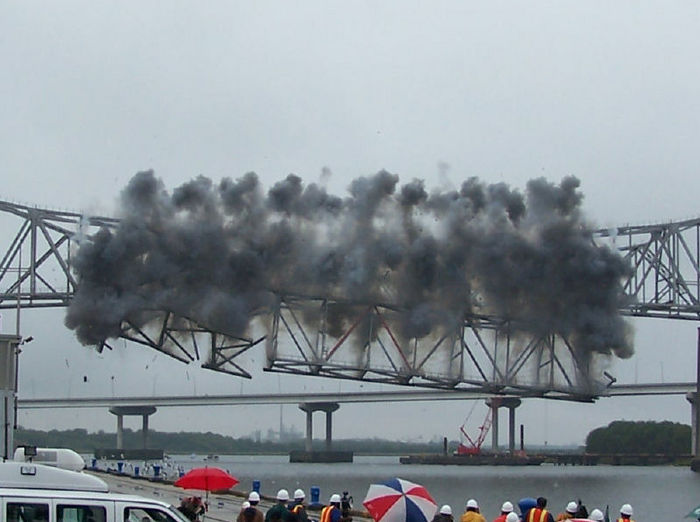 And down they fell 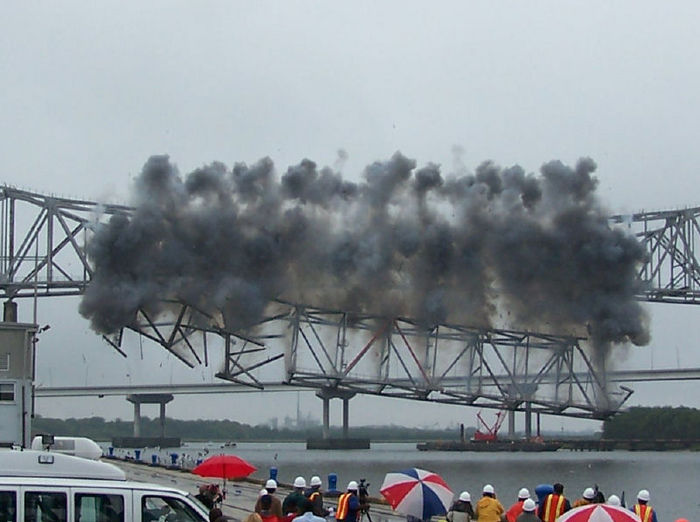 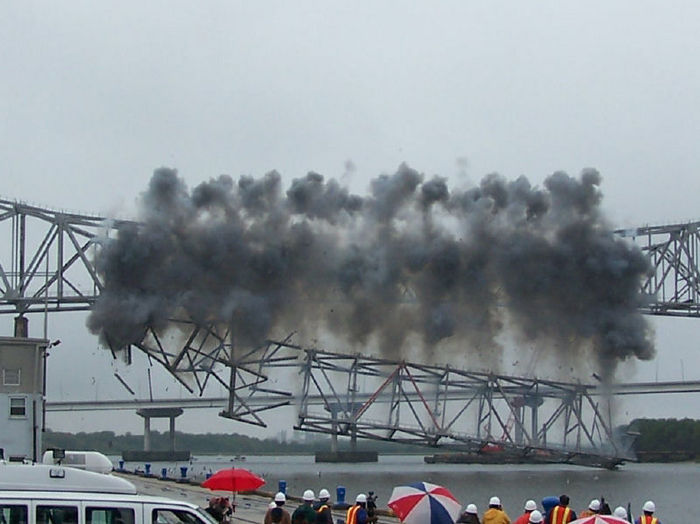 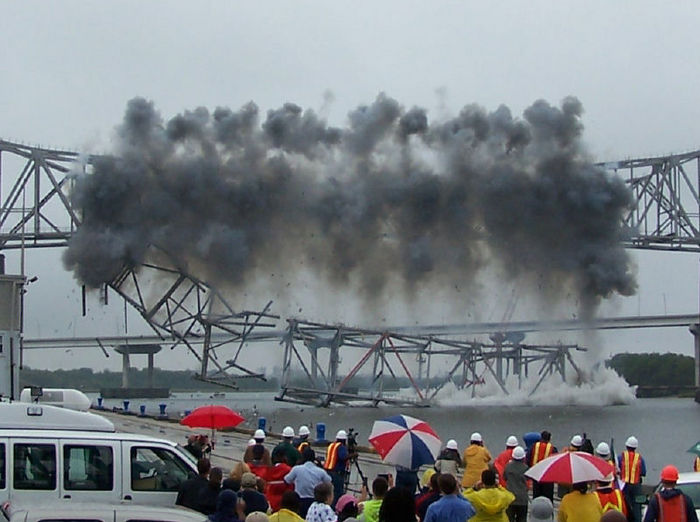 Lots of sound and smoke (fury) - signifying quite a bit 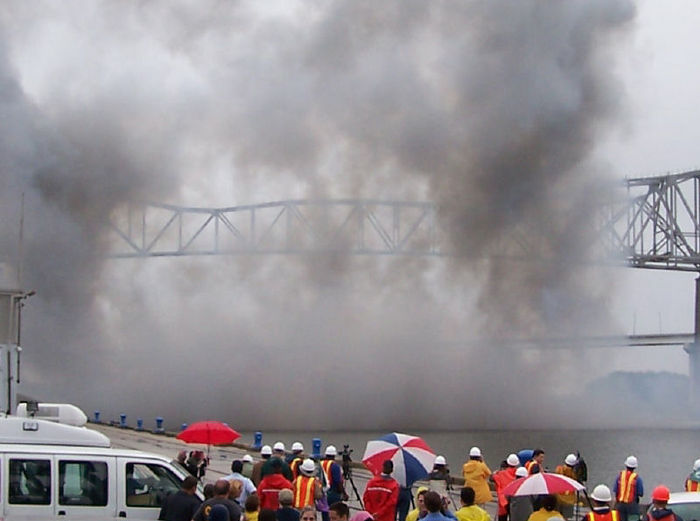 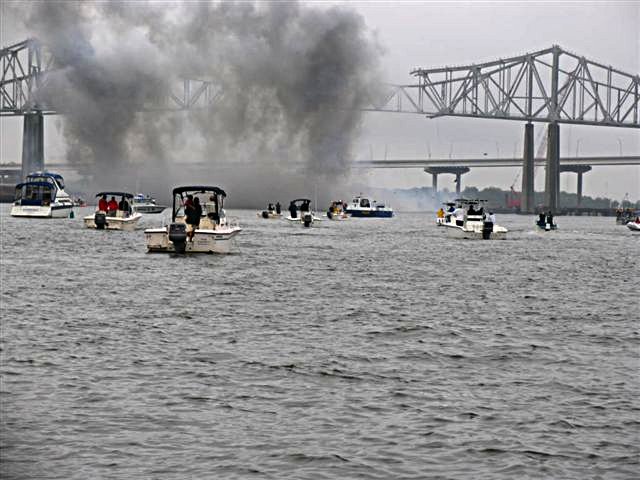 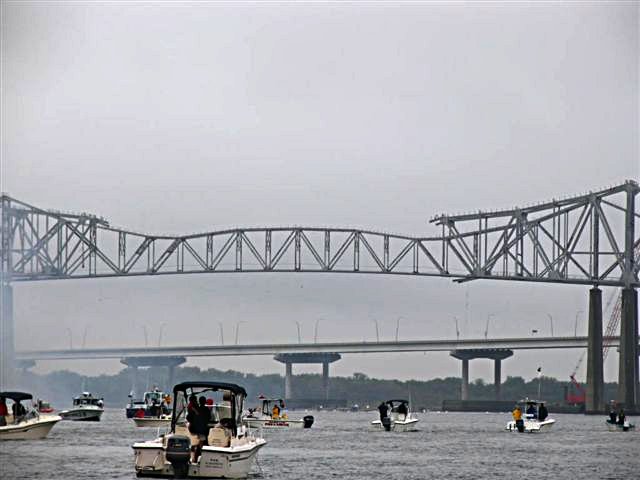