I missed the dropping of the Pearman truss and found the recovery process more to my speed of adaptation. To capture some of the dynamics, I made a composite video from photos demonstrating the overall retrieval process (12 Mb mpeg video). Shown here is an overview as seen from the Sea Breeze Marina - where you can see both Pearman supports and the gap where the truss used to live. 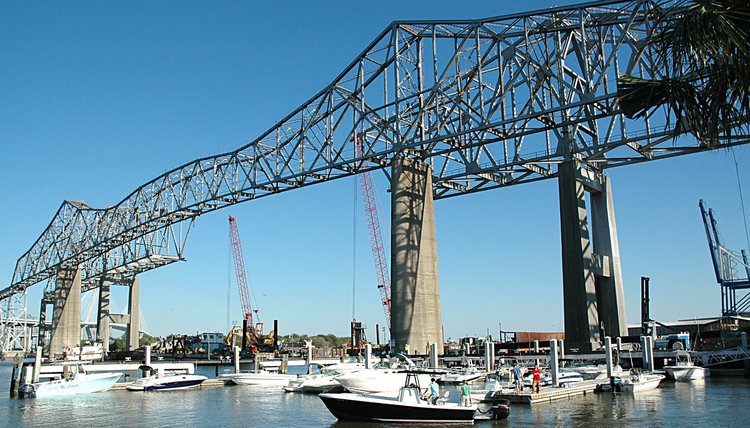 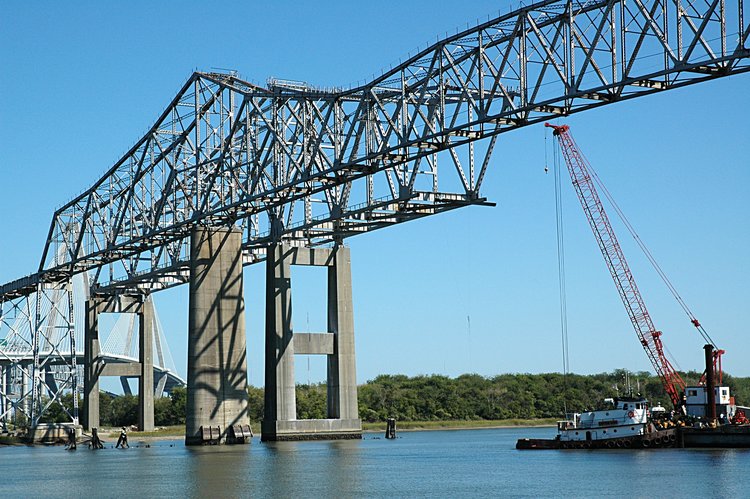 and the west cantilevered segment 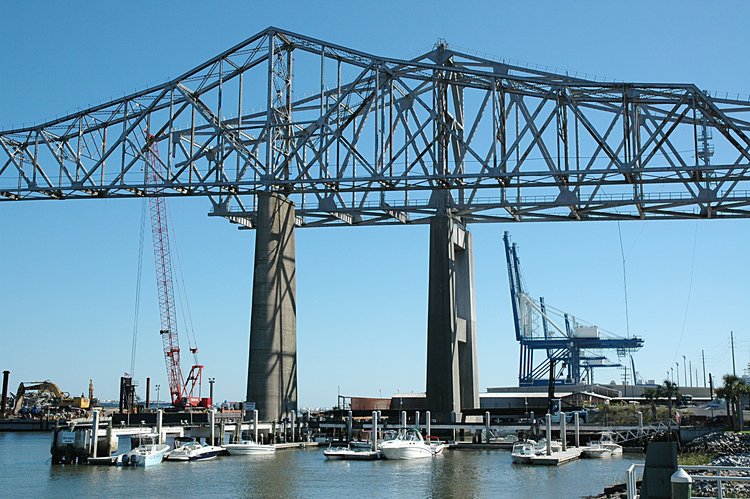 What remains is mostly scrap pieces - shears doing their thing 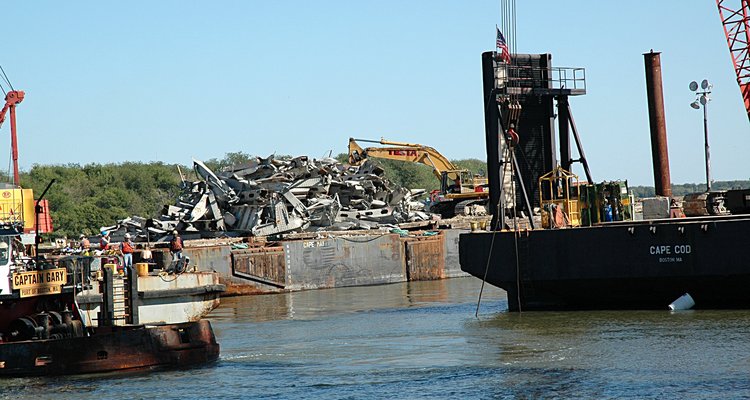 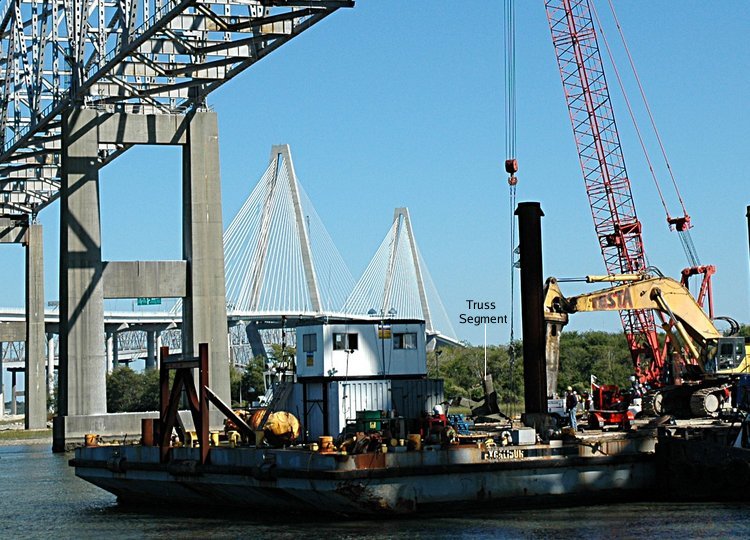 Using the shear to assist the lifting process 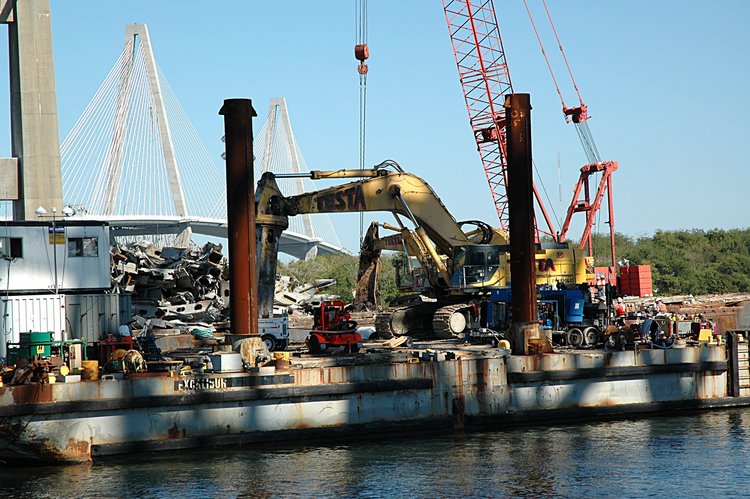 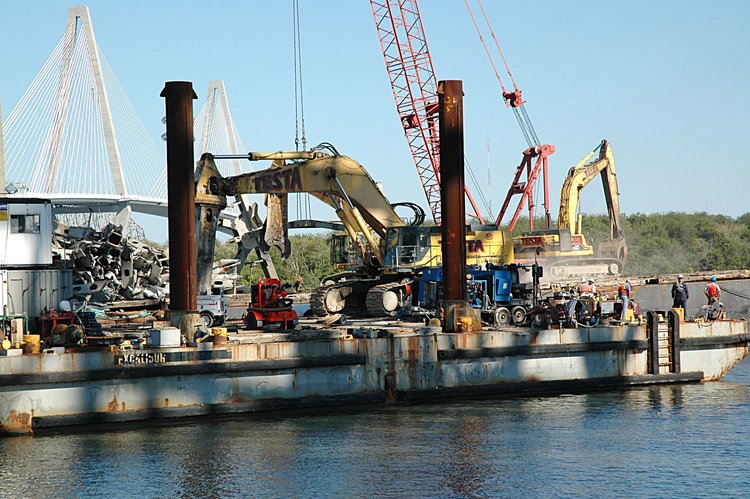 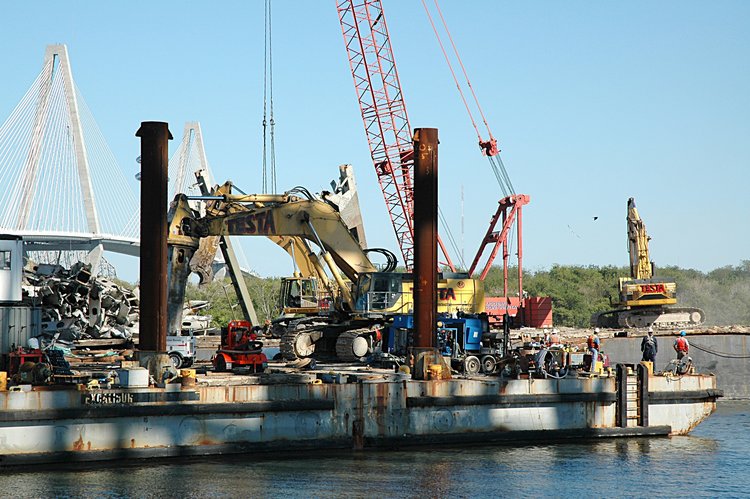 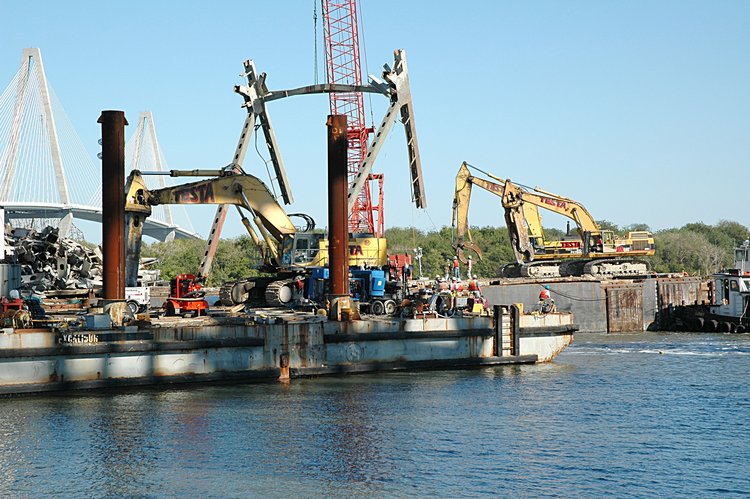 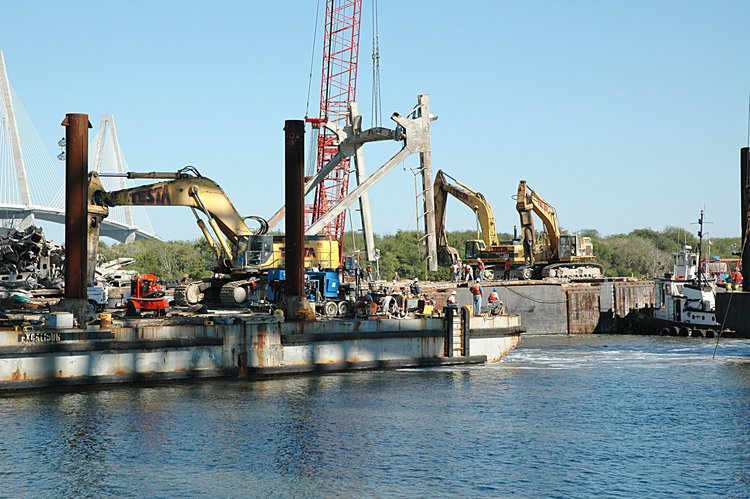 and resting on the barge 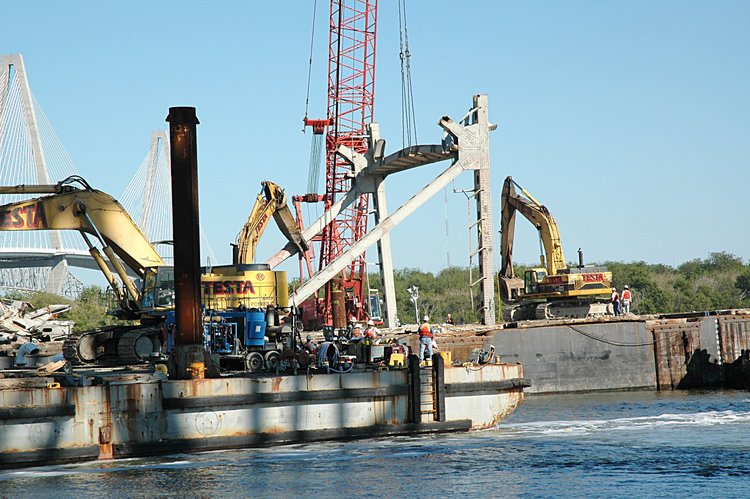 Now the shear takes over and startes removing segments - start 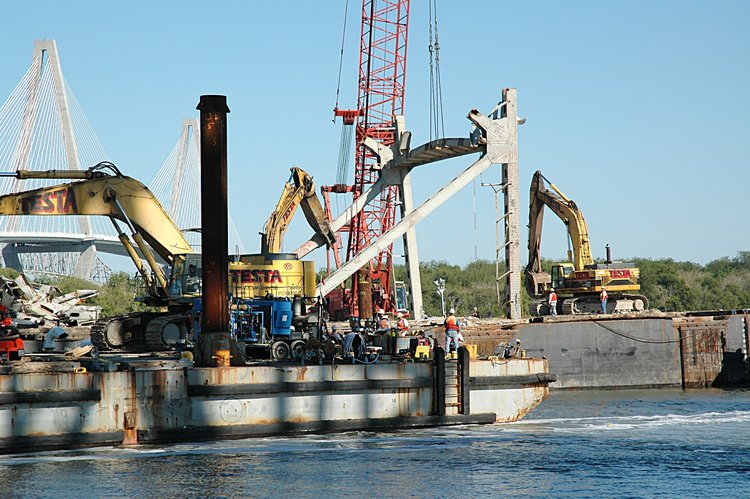 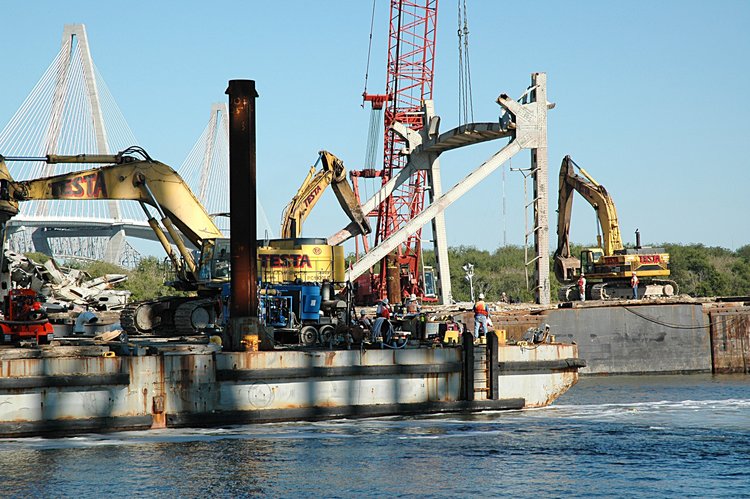 Then on my side (west) - start 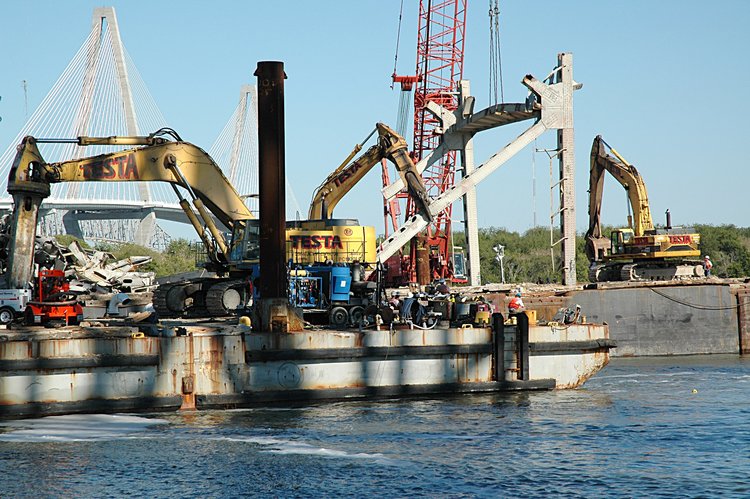 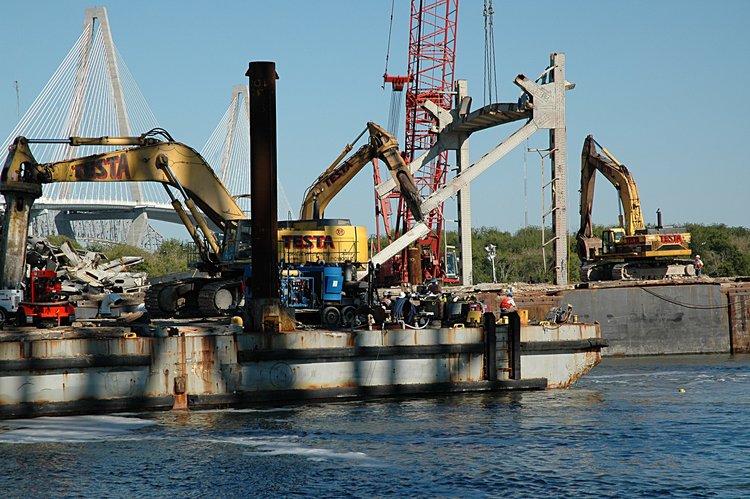 then laying the skeleton down into the eating position 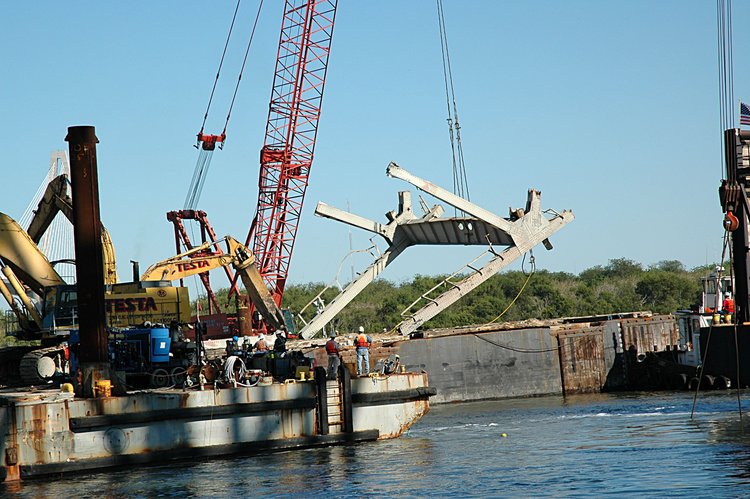 where the shear chews away 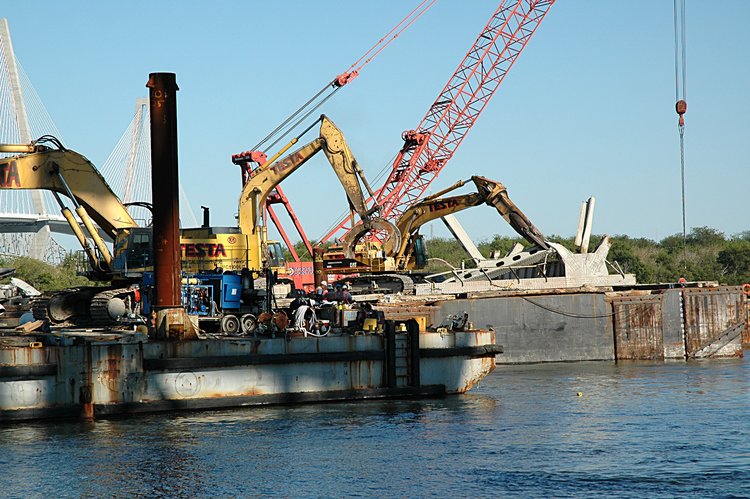 and chews until the plate is clean 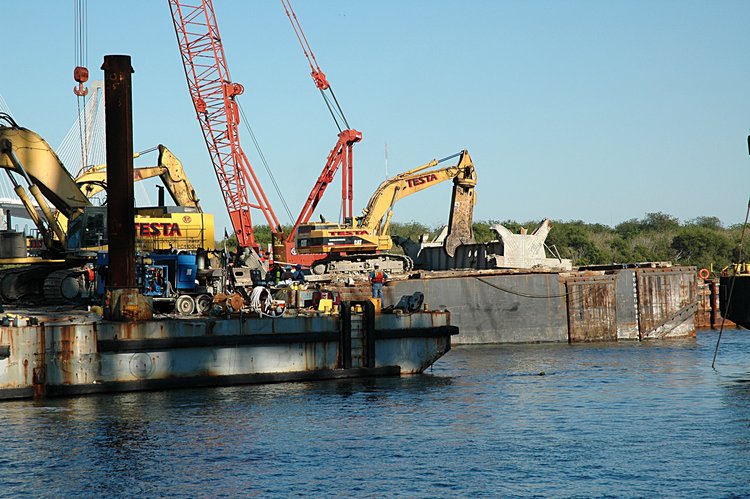