A view of the setup on top of the Pearman approach: A hammer, a shear and three guys (Paul, Jackie and I forgot) 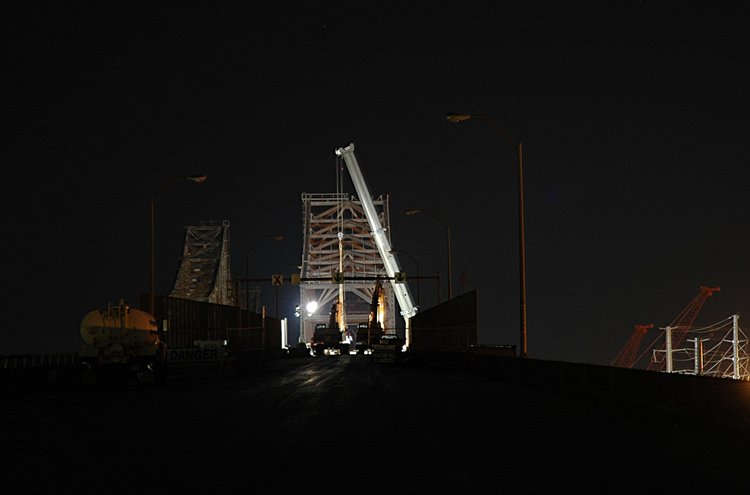 Coupling the hoisting cables to the concrete girder - the two lower guys are in a man basket from below. 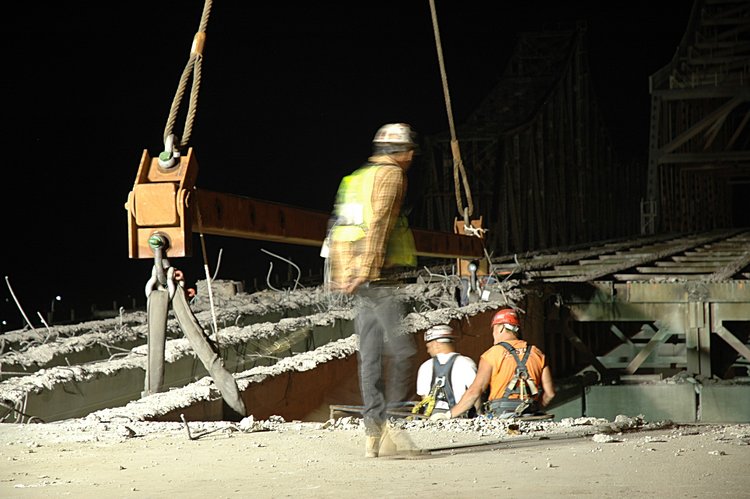 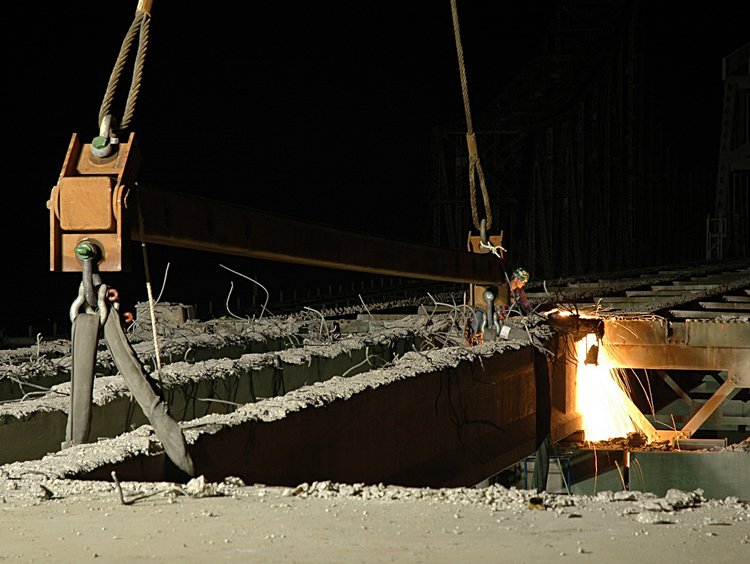 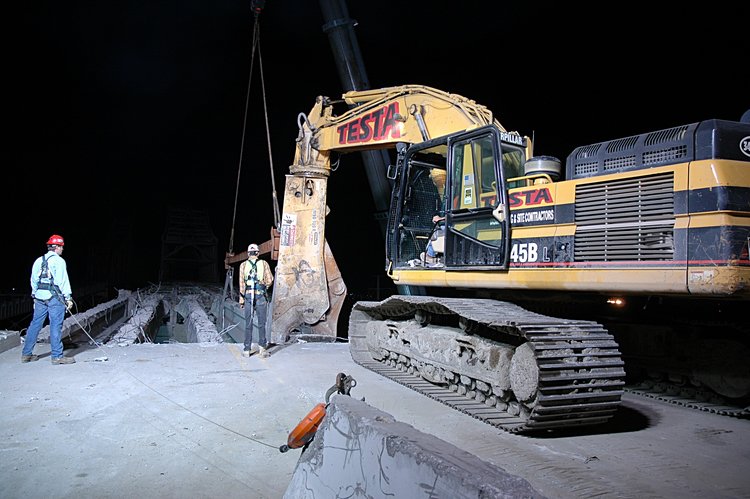 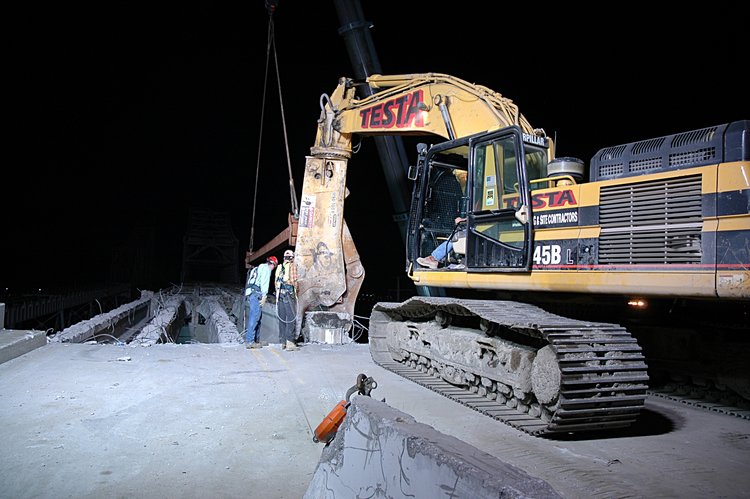 With the crane taking up the slack, Jack eases the shear grip and backs away 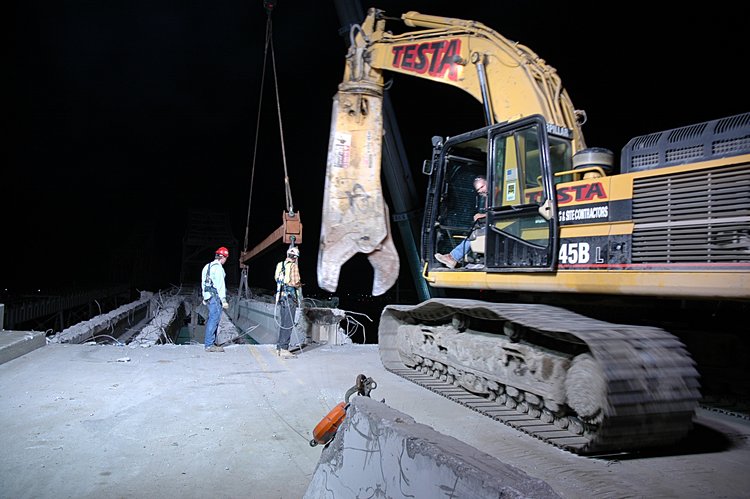 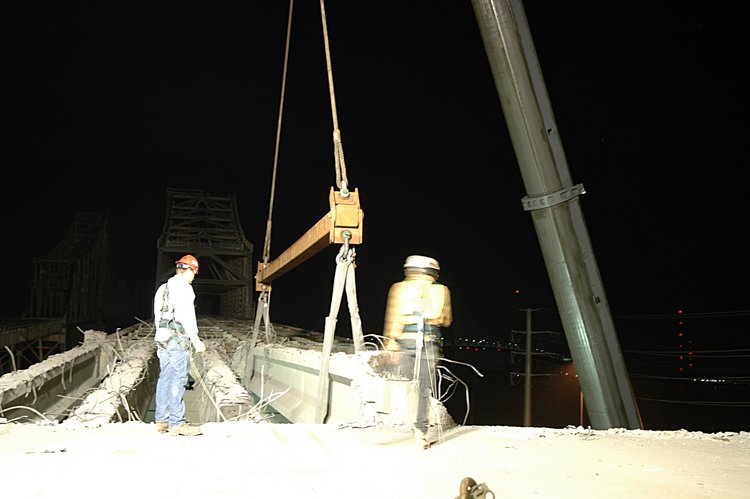 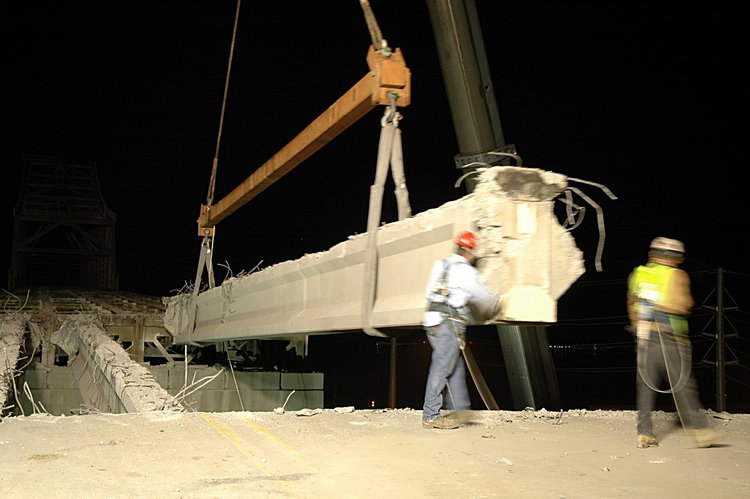 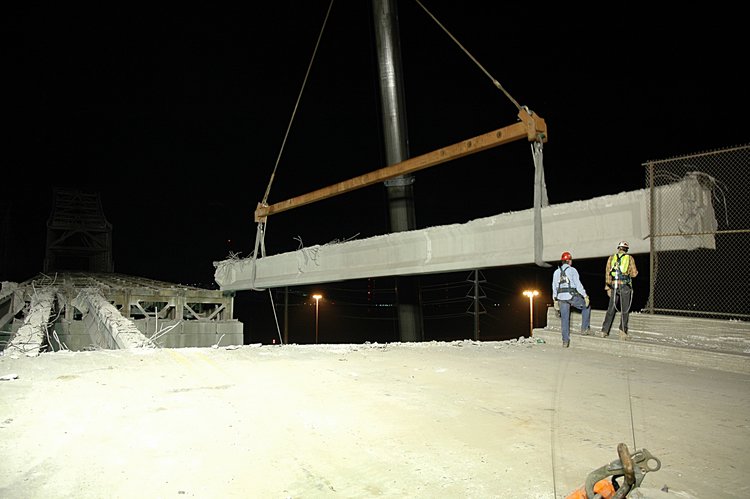 and now lowers the girder 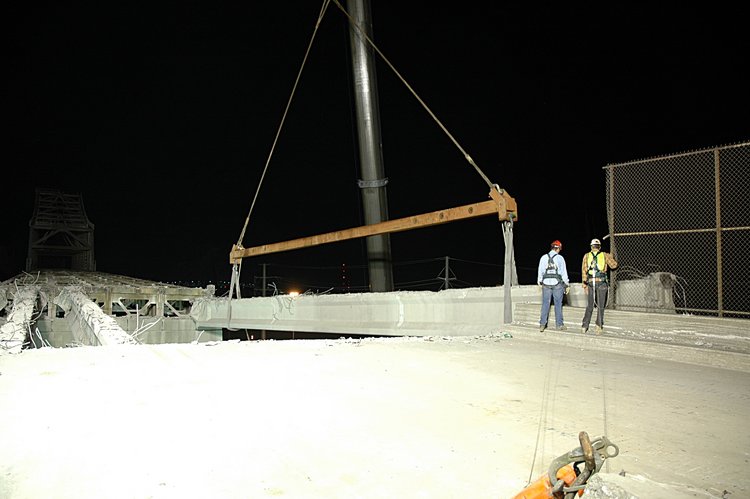 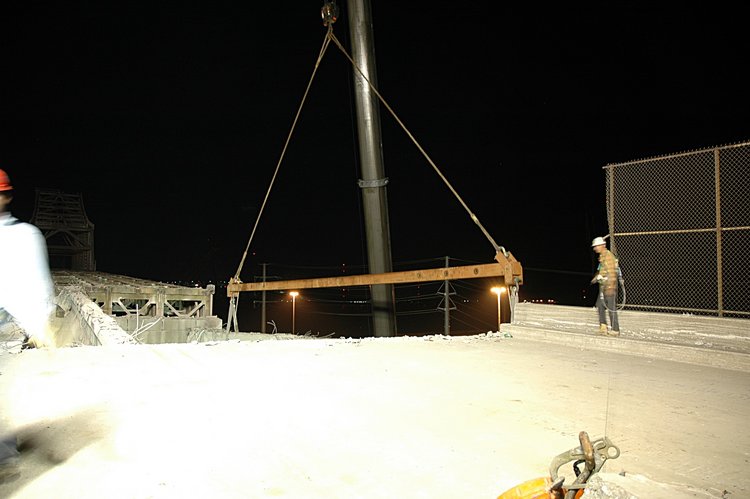 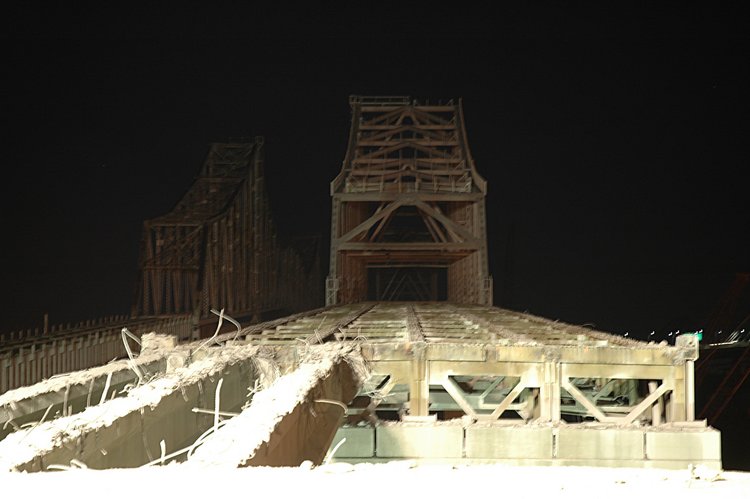