Yesterday, Sparky saw the removal of the next set of Pearman girders. 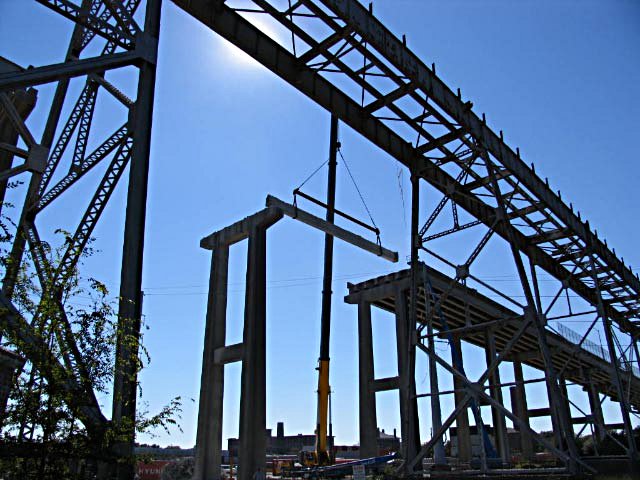 and placing them on top of the next section 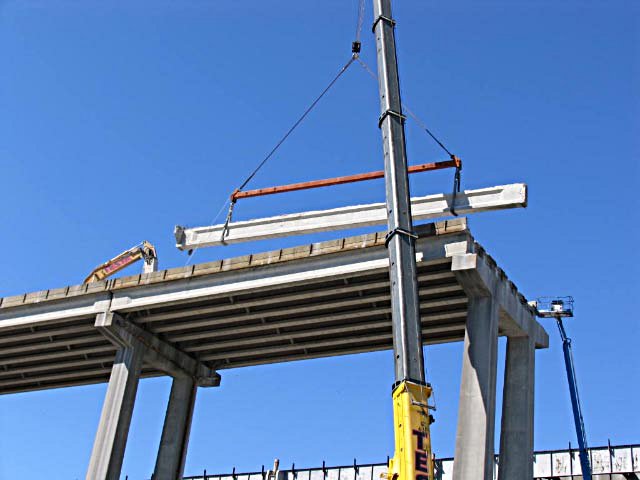 So this morning I went out to check the progress from East Bay St. Here is a quiet East Bay - work in progress removing roadway on the Grace and removing concrete girders from the Pearman. 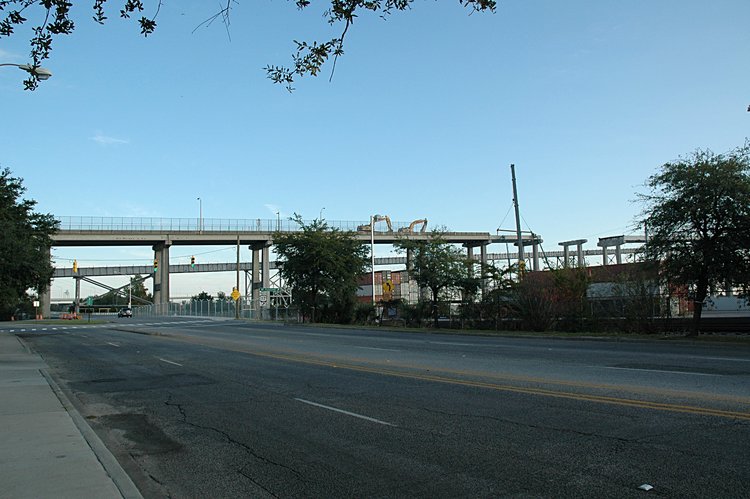 Looking north up East Bay, you can see that the Grace roadway removal has made it half way across the north bound lane of East bay. 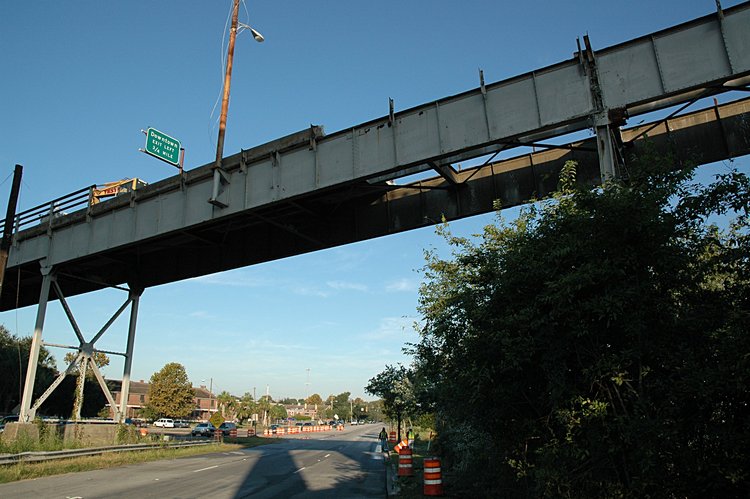 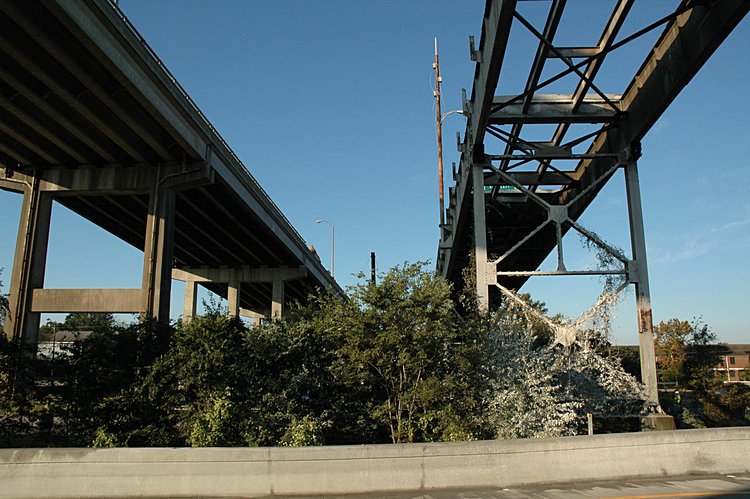 Meanwhile girder lifting action is going on at the port entrance. Here is the crane and a shear preparing to lift one end of the girder. 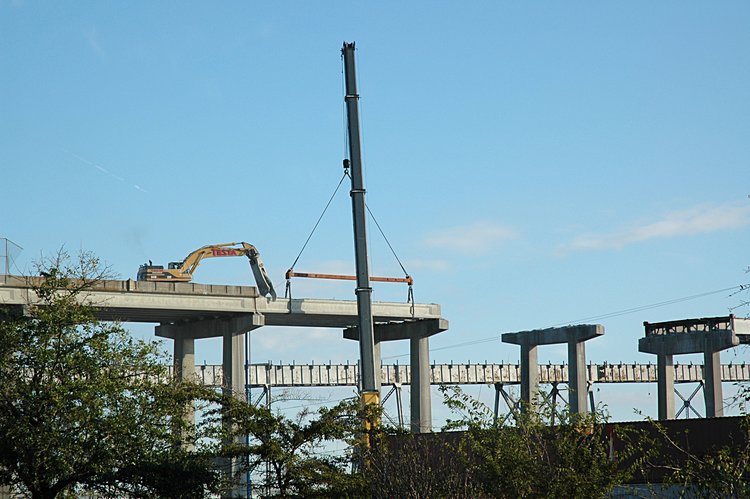 After the rebar is cut (and burned) a little lifting action from the crane. 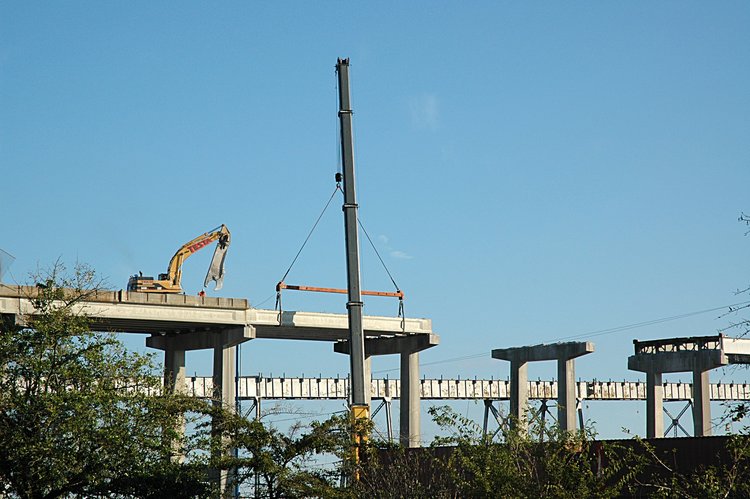 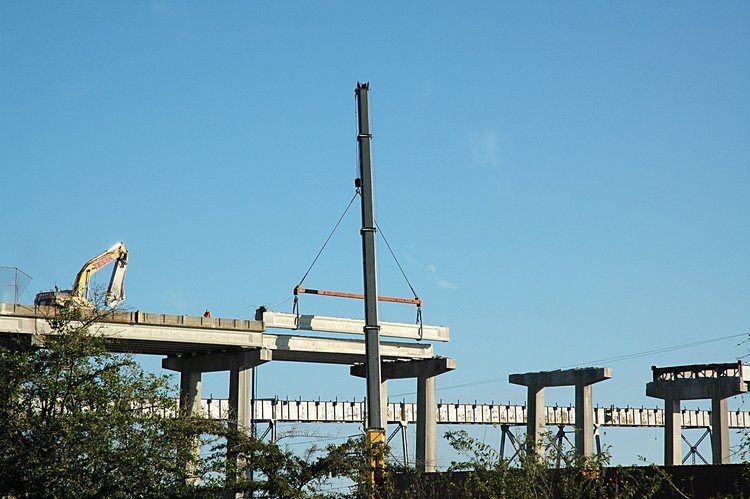 then rotate the girder to rest on the Pearman roadway 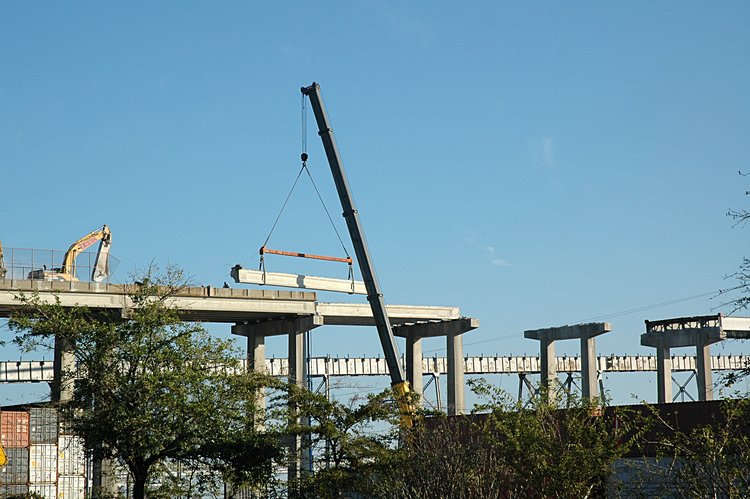 the lower the girder a bit 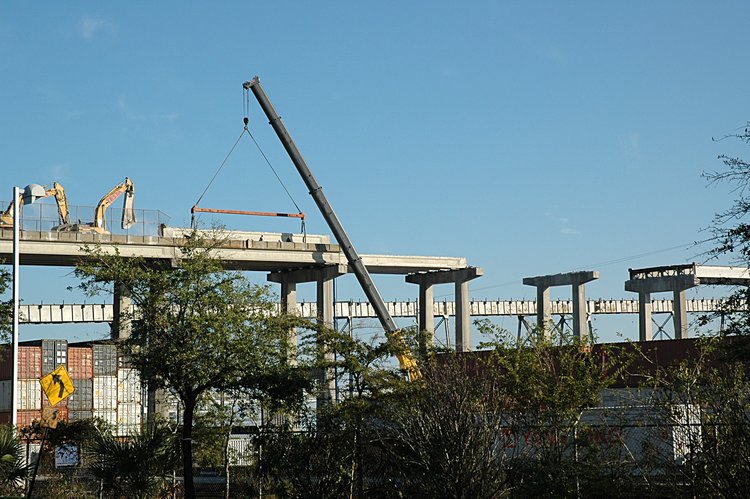 and lower to the girder resting place 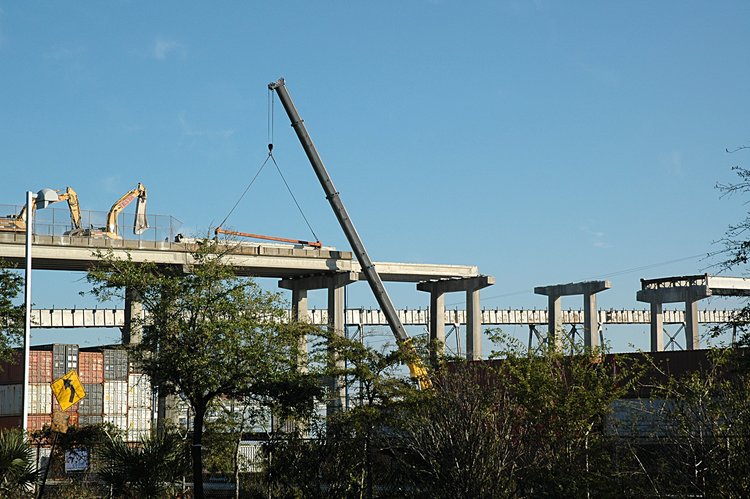 and remove the shackles - and so the next iteration starts 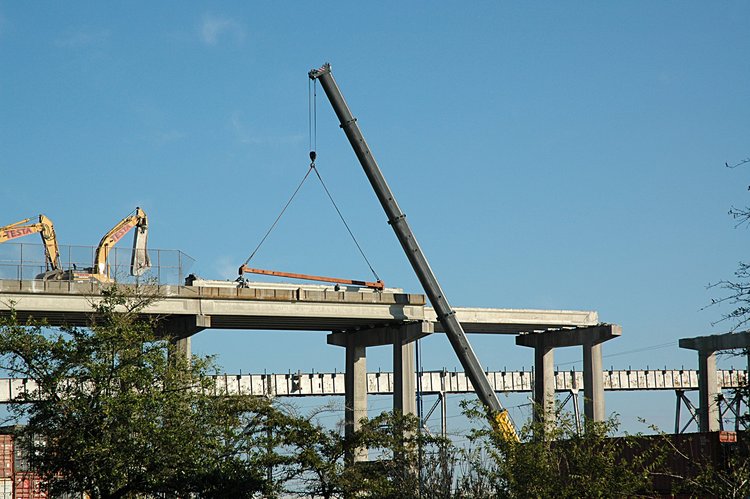