Late afternoon brings warm light to the worksite. From the Port, here is an overview of the setup. To the right is the new Komatsu 1250 with an attached hammer. The reach is 125' - so that Michael, today's operator can hammer away at the pier cap and then work his way down until the colums and cap are a pile of concrete and rebar. To the left is the Grove 7550 crane (Chris Voci is driving) lifting girders from the Pearman ramp pier caps (550 Ton lift capacity) and placing them on the ramp roadway. This is the story of Paul's team and their management of the girders from the Pearman ramp. 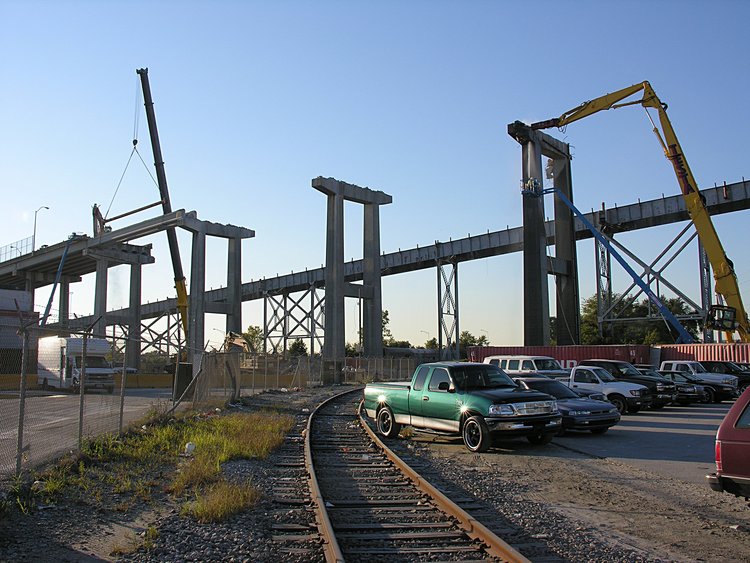 Here is the setup for lifting a girder and their surgical instruments. 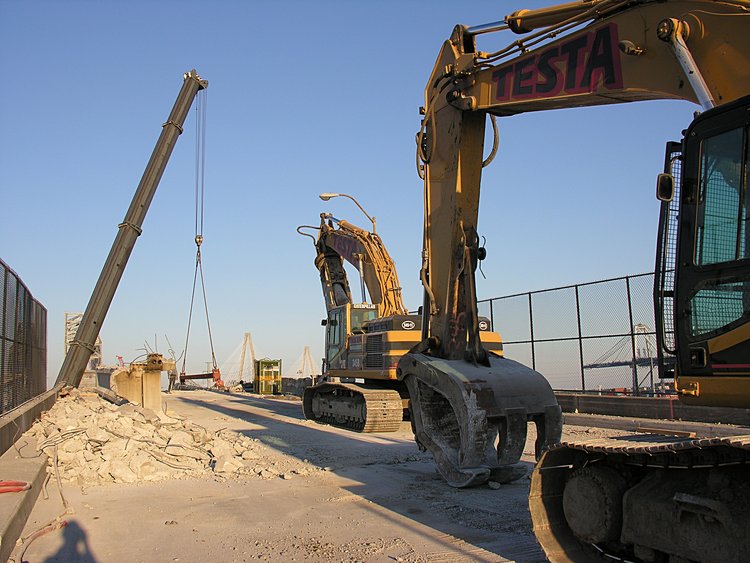 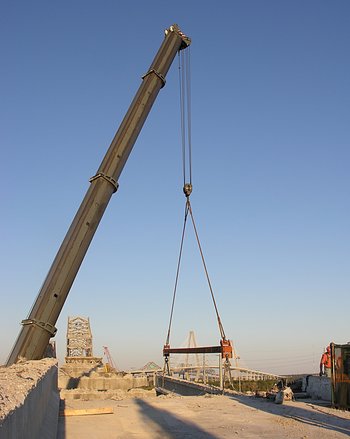 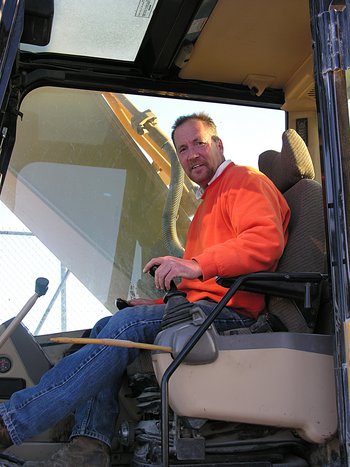 while Ryan driving the grapple 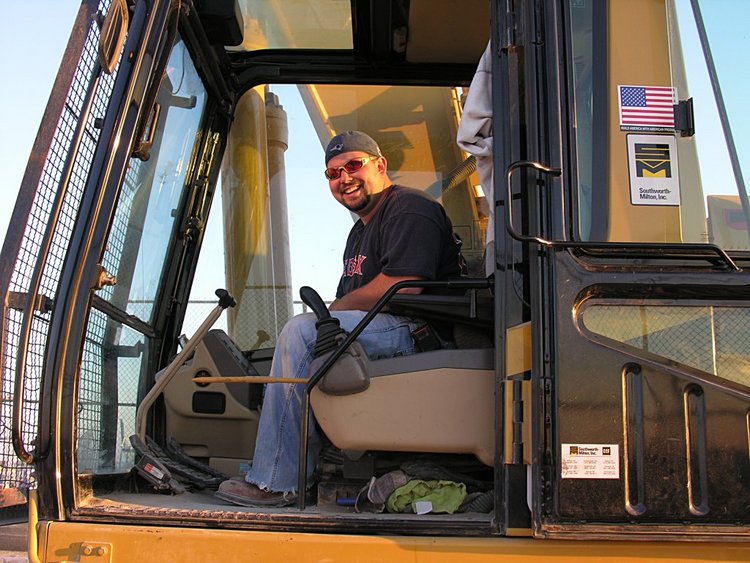 And even these monsters need to be fed. Here is Tony Fiorenzi pumping diesel fuel into Brad's machine 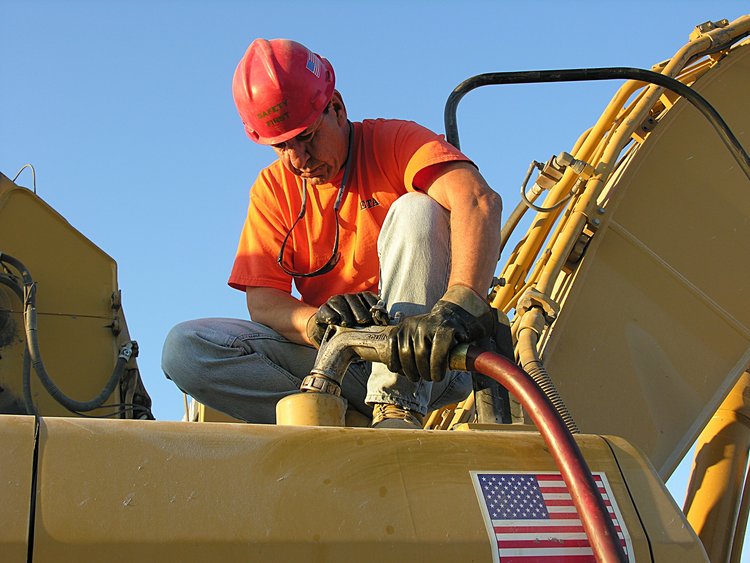 Here is an outline of the process - first, invoking the Chris and his Grove 7550 below to lift the girder from the pier caps then lowering it onto the Pearman ramp 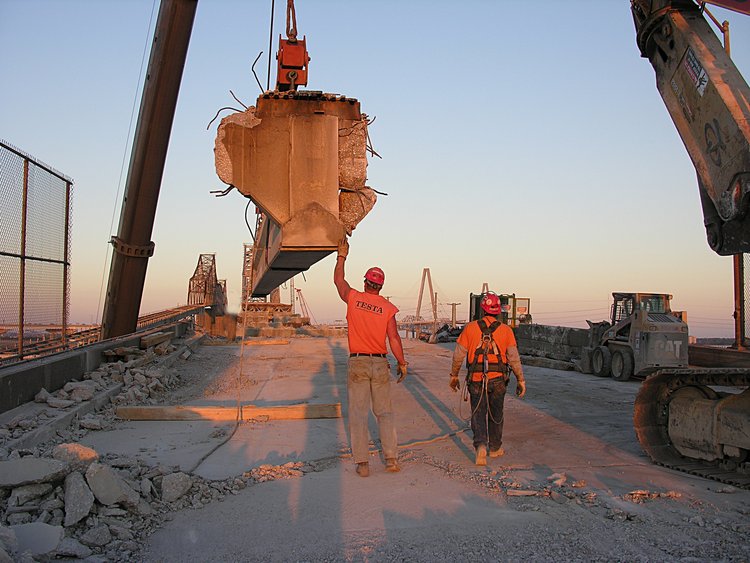 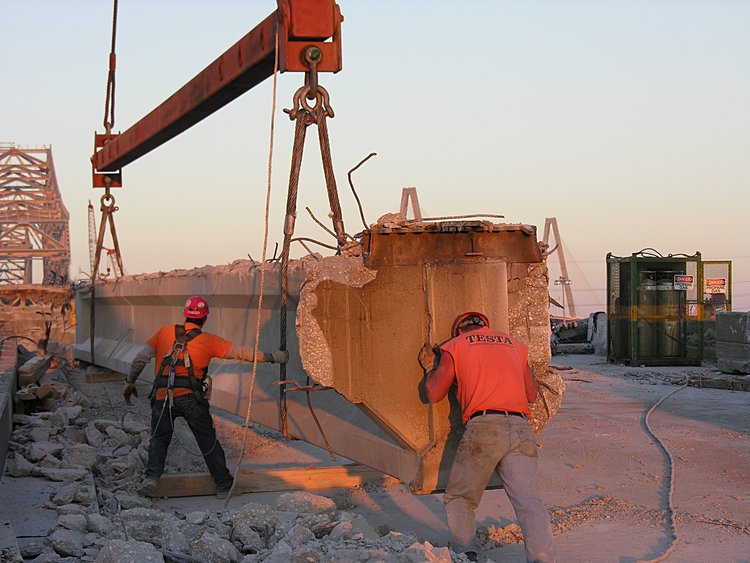 remove one side of the cable sling from the shackle 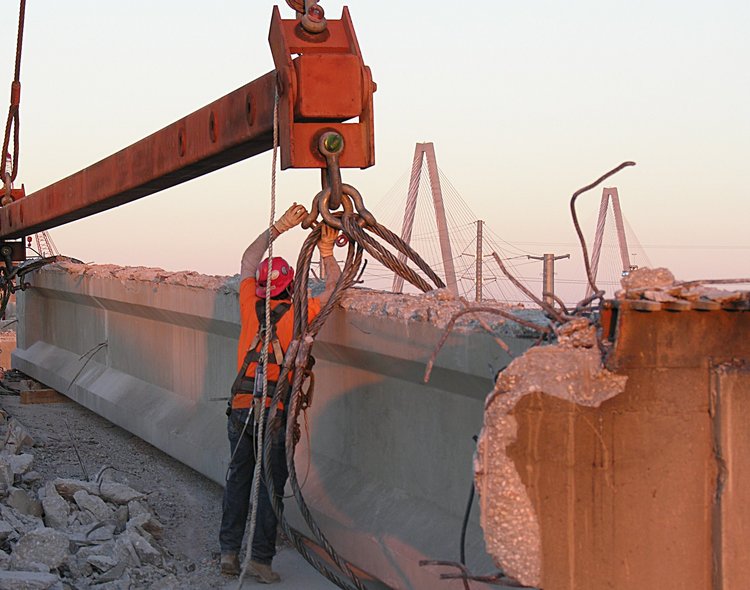 then lift the cable assembly and attach to the next girder 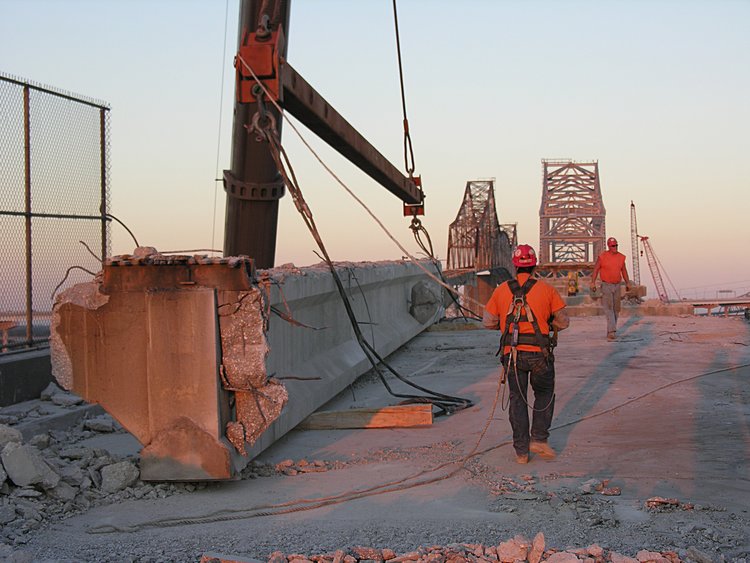 Here is a resting girder 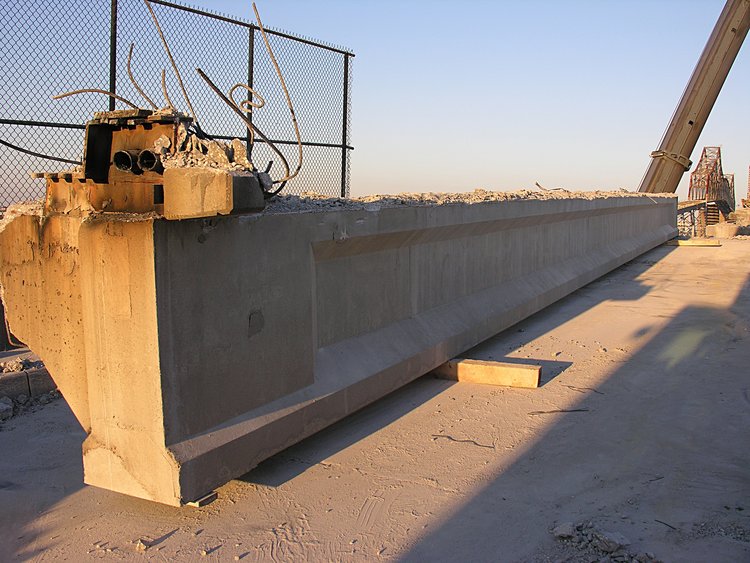 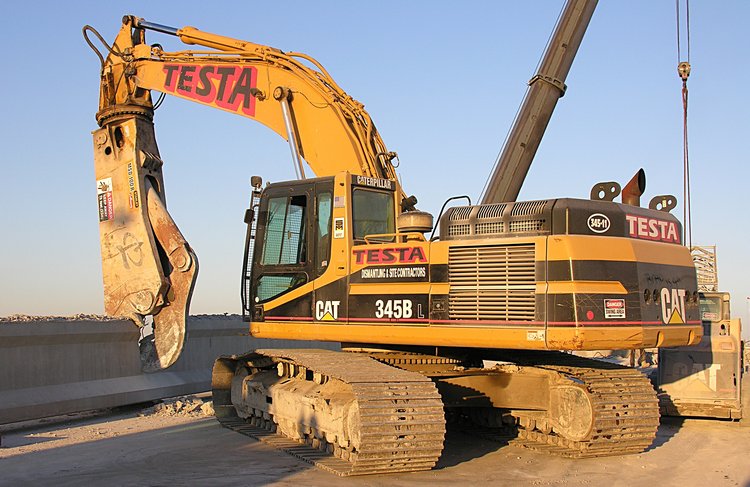 while Ryan stabilizes the girder with his grapple 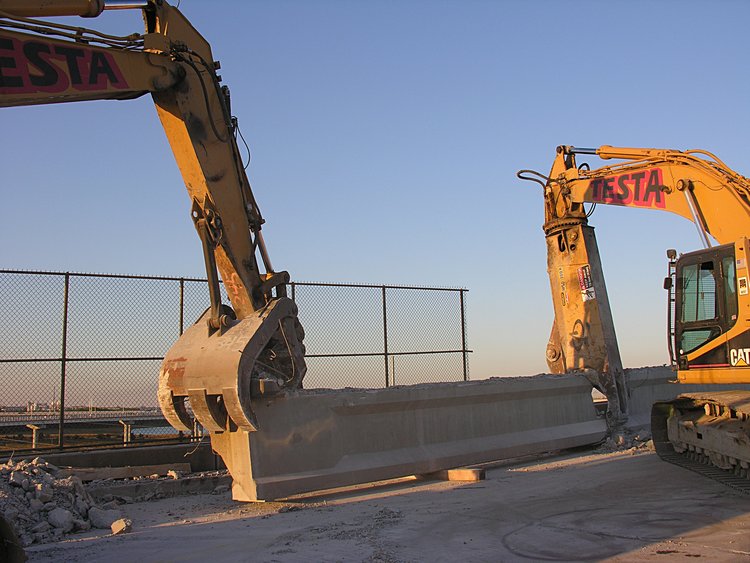 Its another clash of the titans 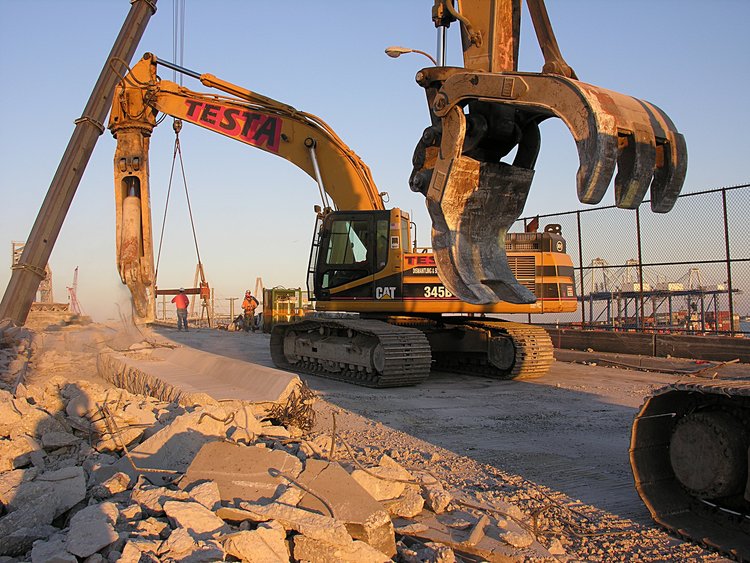 When a segment is free, Brad rotates it and passes it to Ryan who pushes it down the ramp - seen here in a quicktime video (7Mb). 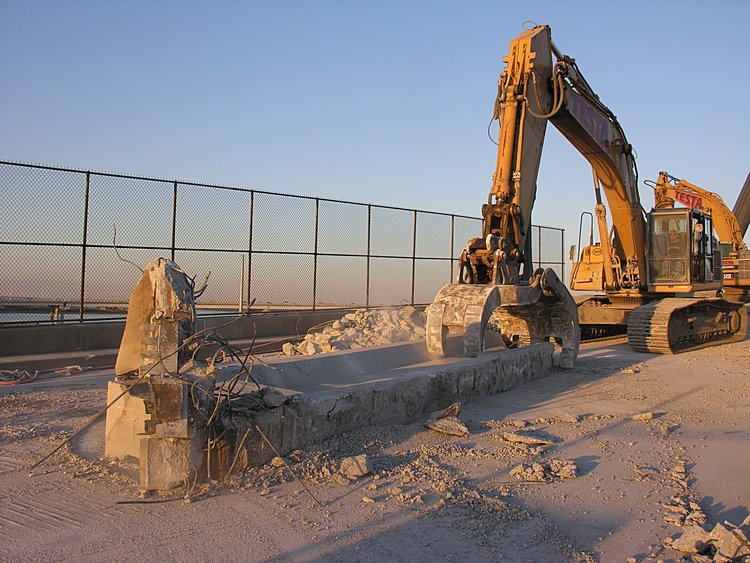 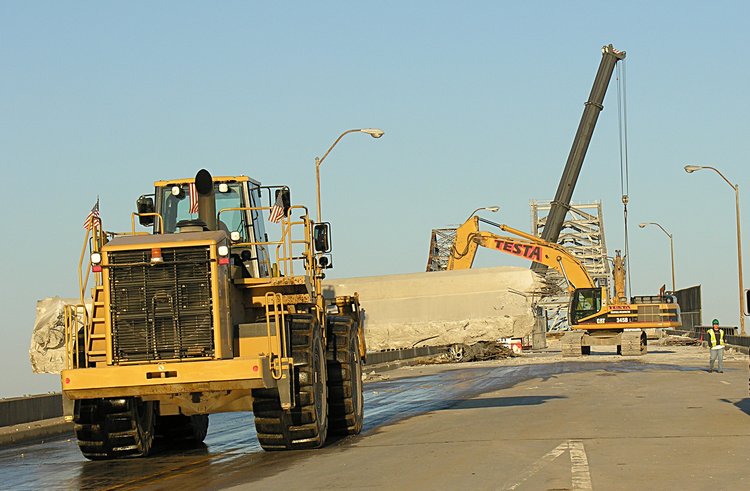 where all girder segments have a temporary home. These may find their way to an artifical reef or may be broken and recycled. 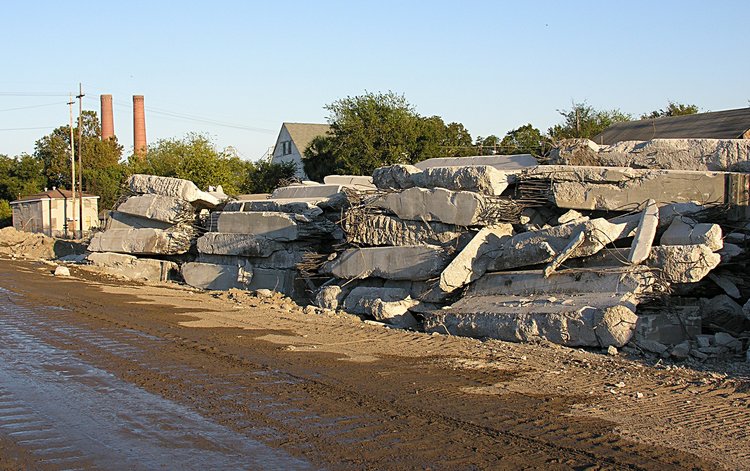 End of the day - a nice sunset looking west 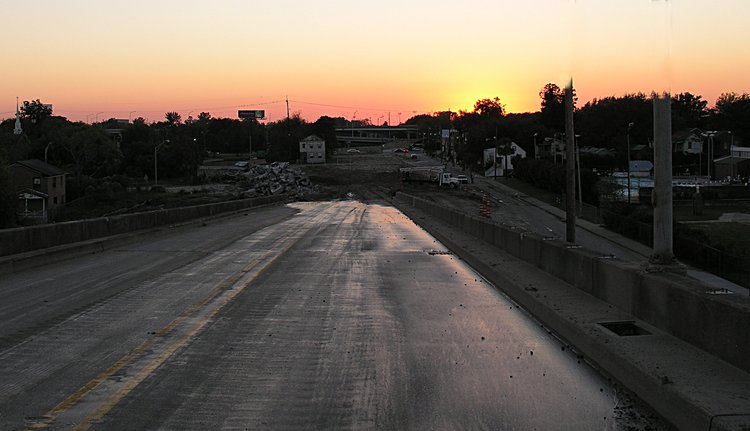 while the east glows 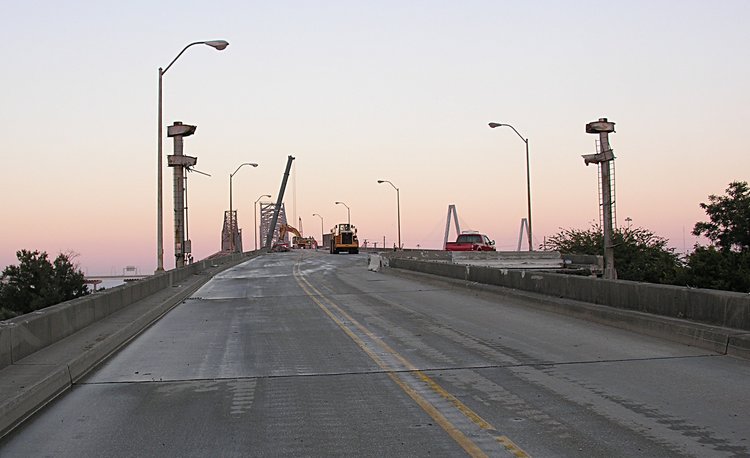