Here is the Kamatsu 1250 - so tallk that I was not able to get a full photo of it. The reach with the hammer is 125' and the cab (with Michael driving) can elevate itself (as seen on the left). This is what I call the launching position - complete with a water spray (managed by Bryan and David) for dust control. 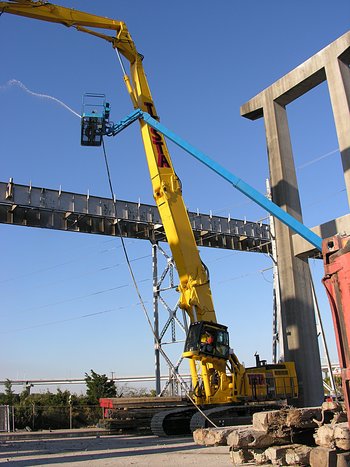 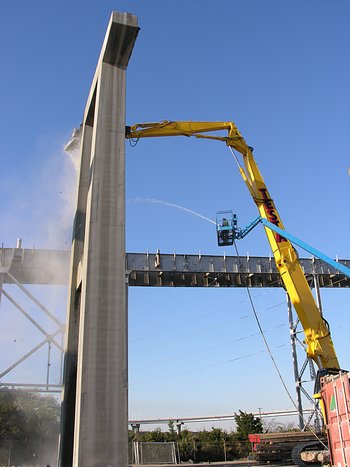 Here Michael is working on the right side of the pier cap David managing the water and Steve Testa as the choreographer of this dance of the hammer (lower right). 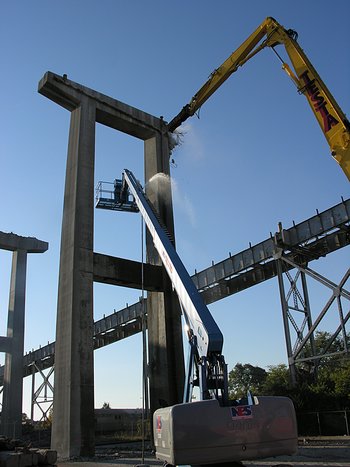 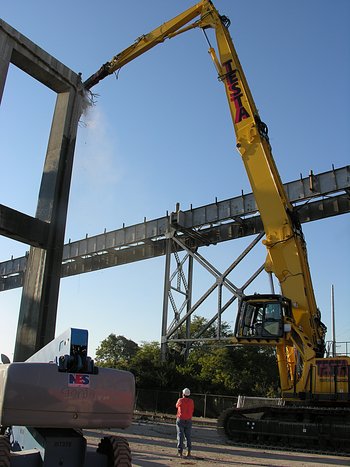 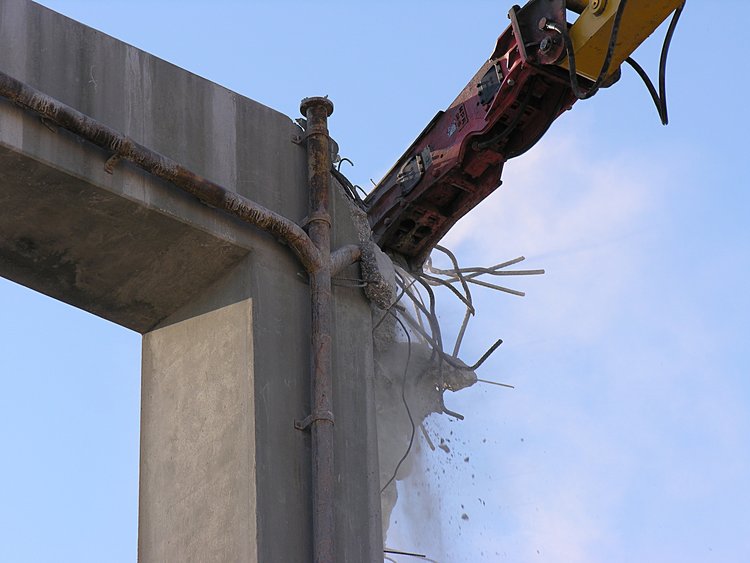 and here you can see the hammer head 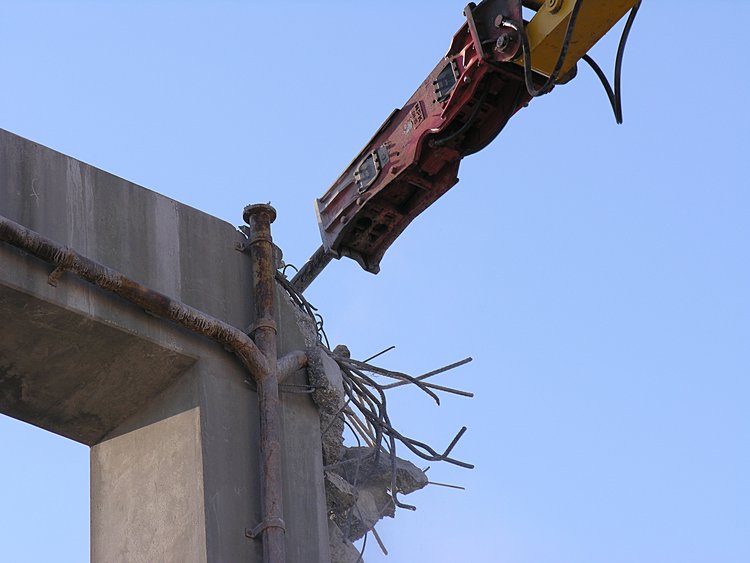 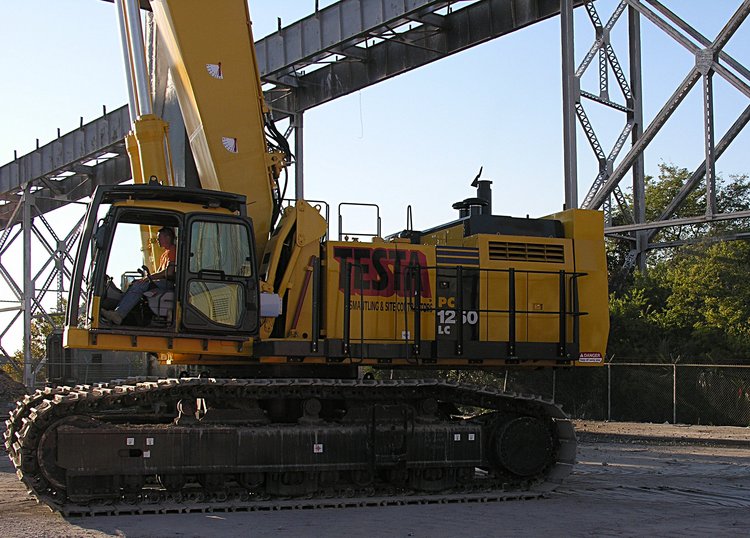 Again, with a silhouette of the 1250 arm, David and stream of water. The late afternoon sun creates the opportunity for interesting images. 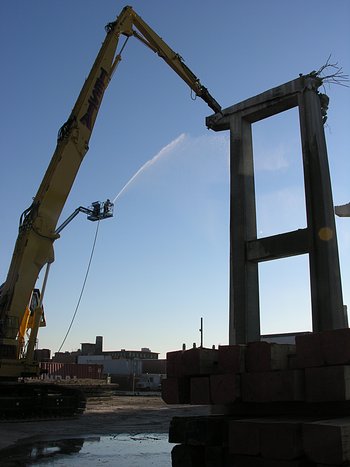 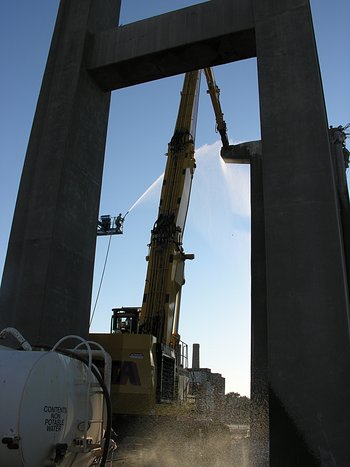 Here is another view of two processes - to the left, lifting one of the concrete floor girders and to the right - breaking the left side of the pier cap 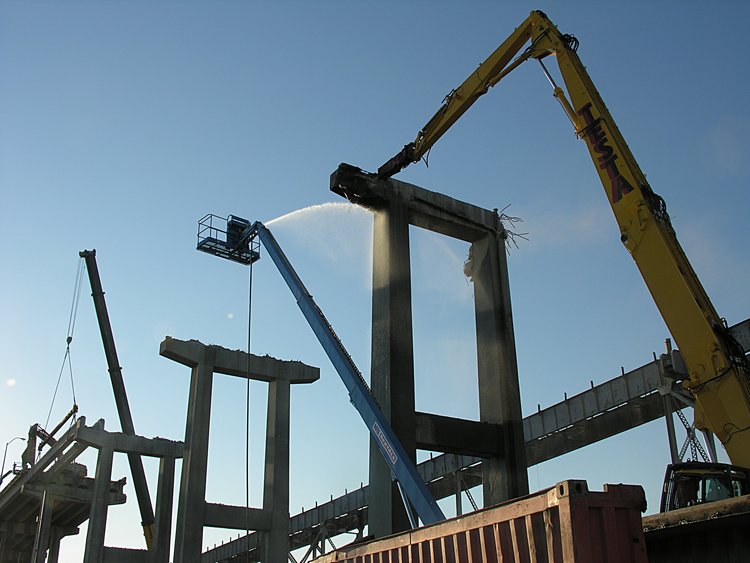 Meanwhile, Ponch is directing traffic while Scott gets ready to remove some debris 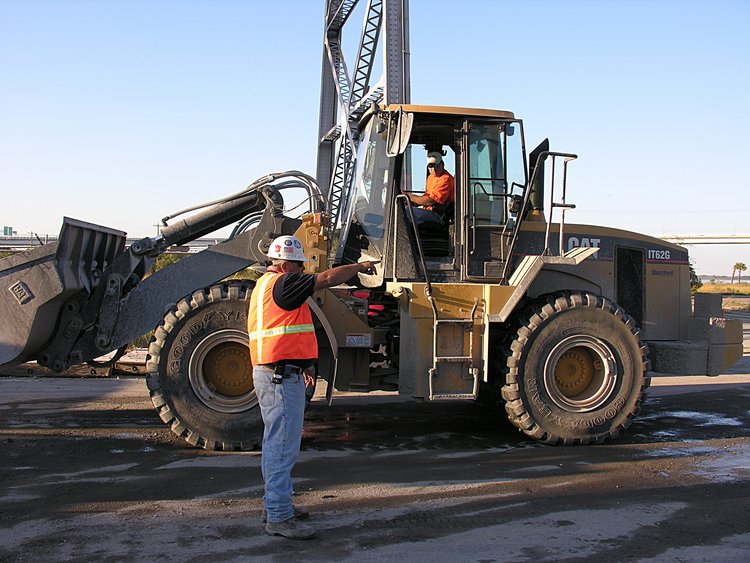 and a nice reflection 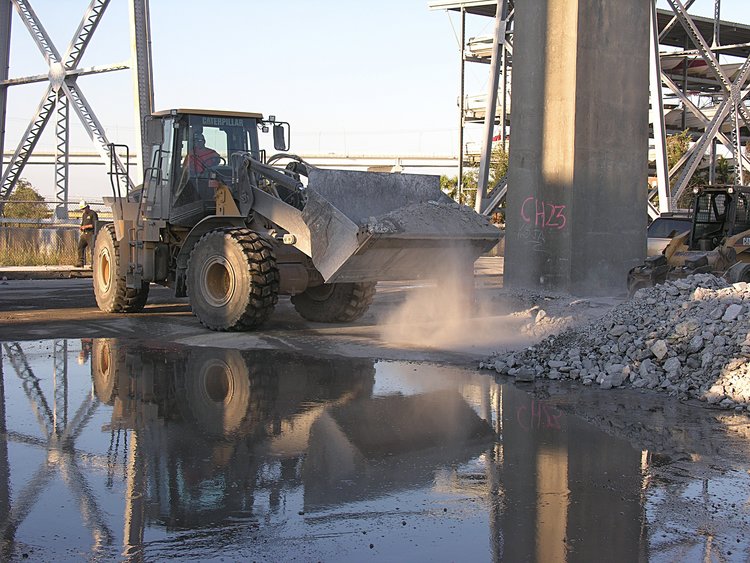