Home Meeting St East Bay Drum Island Mt. PLeasant Pearman Stories Grace Stories Implosions Enginnering Insights Stories of unbuilders Learning Links Bridge Video Bridge Blog Unbuilding Archive All Unbuilding Segments Building the Ravenel Bridge Photo Essays About me
October 31, 2006: Mt. Pleasant Pier and a Charleston Sunset
Things are winding down with our unbuilding project, but I continue to need a bridge fix. I phoned Michael, Ken and then Sparky. I managed to find Sparky also in need of a bridge fix. And what a fix. Here is the Mt. Pleasant fishing and observation pier - and one of those priceless sunsets.

Looking over at the Port - it doesn't get much better than this. 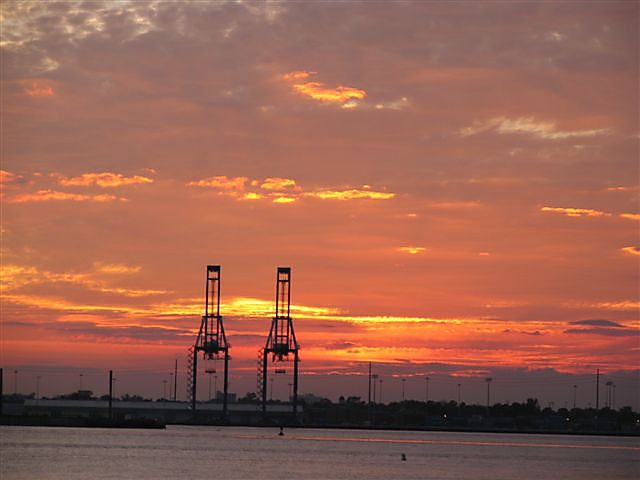 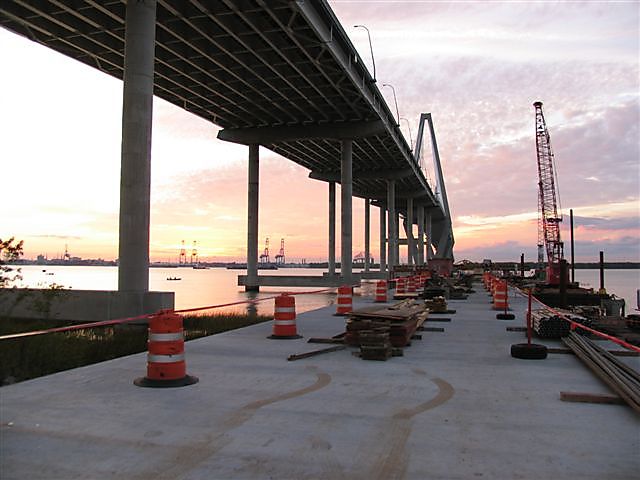 A couple of workers making their rounds 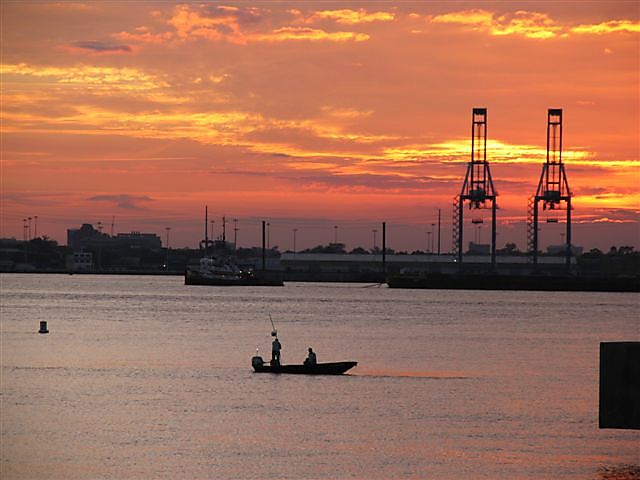 The worksite beside the pier 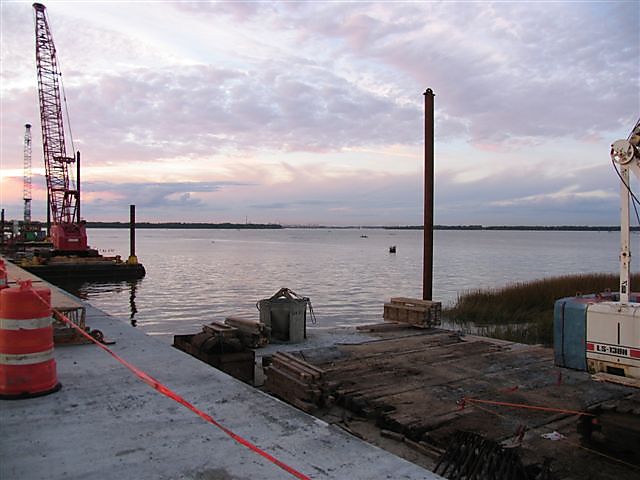 The pier - maybe that is Manny's or Chris' crane? 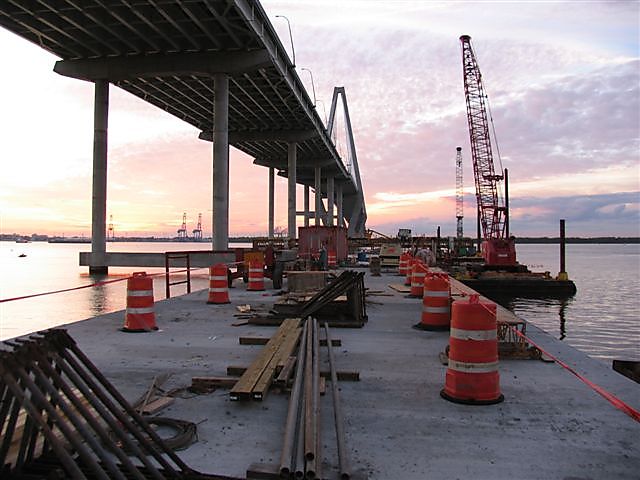 Freshly poured concrete curing. Remember when this was a fast paced process during the last days of completing the Ravenel Bridge 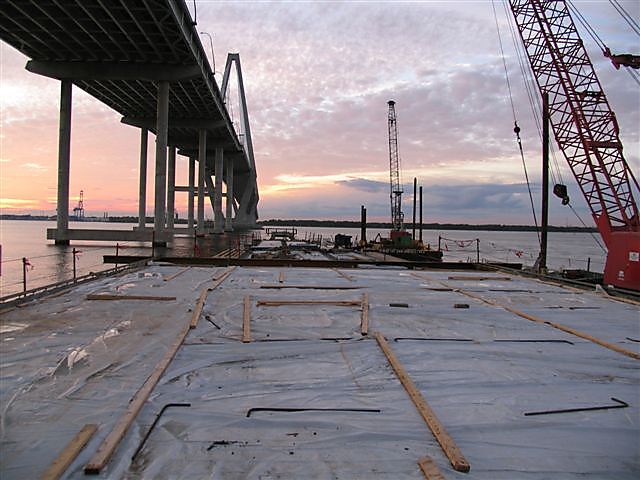 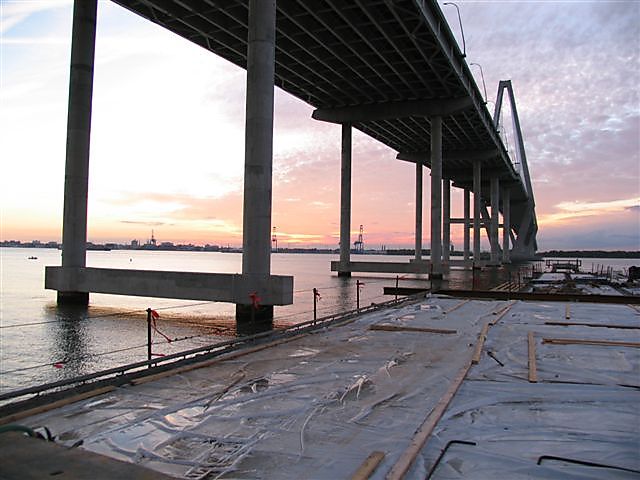 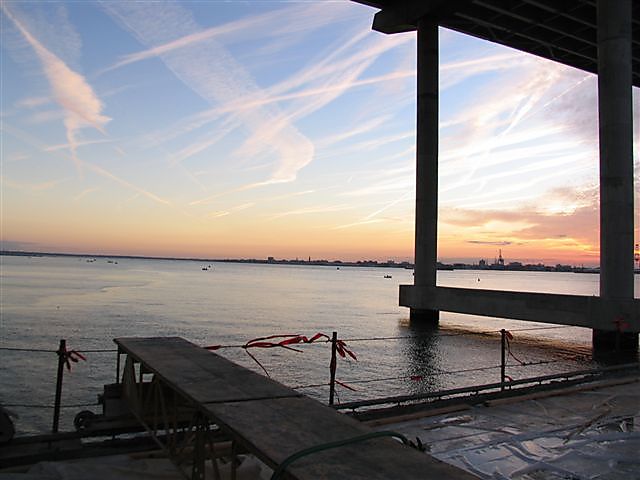 Looking over the north corner of the pier 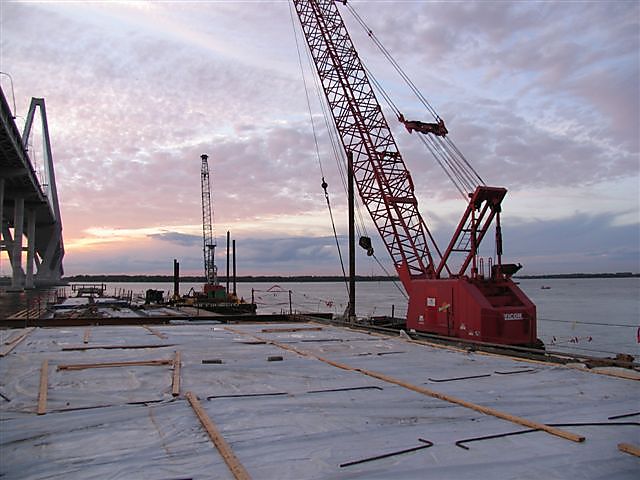 and a last look at the sunset 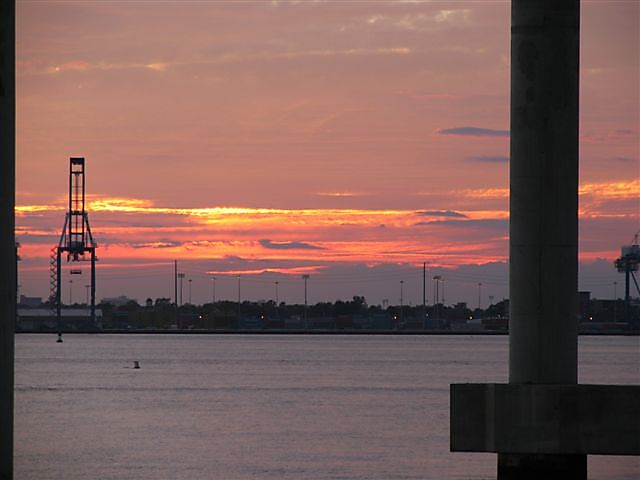