As roadway is removed from the Pearman bridge that spans Town Creek, there is less downward stress on the supports. Consequently, the support might have a tendancy to rise vertically, placing a significant new stress on the pins that tie the steel superstructure to the supporting concrete structure. 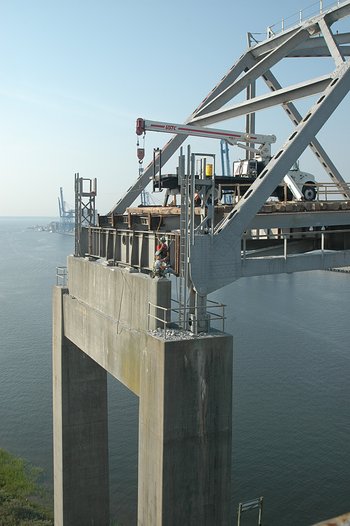 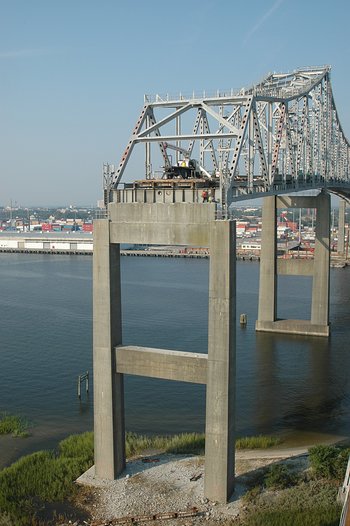 A closer view of the work 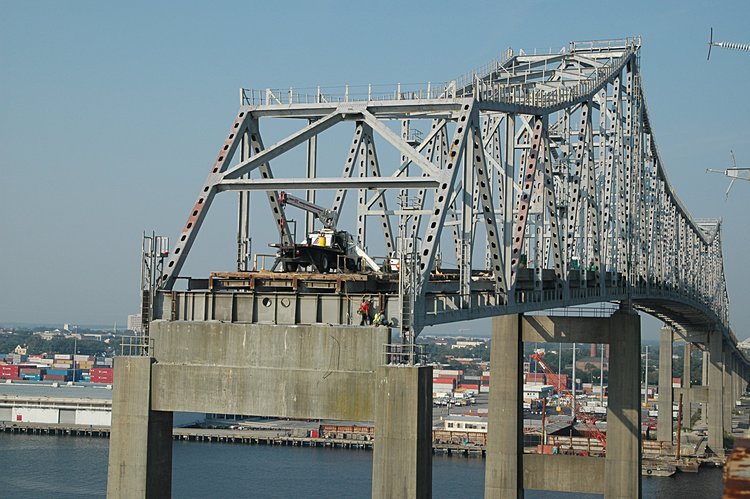 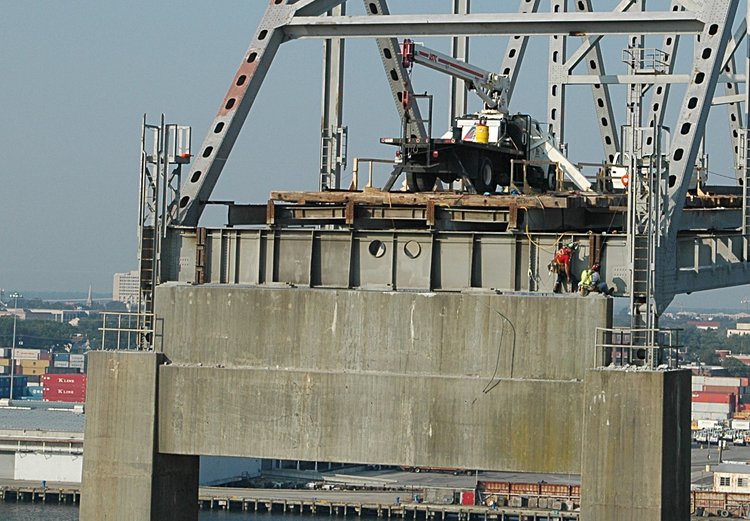 Preparing to weld (with your curious eyes, you can see the welding rod in his right hand) 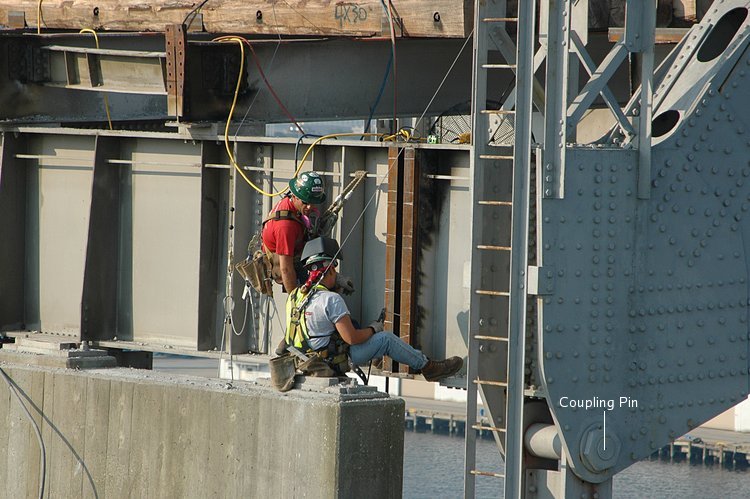 About 30 min later - last weld on the top bracket 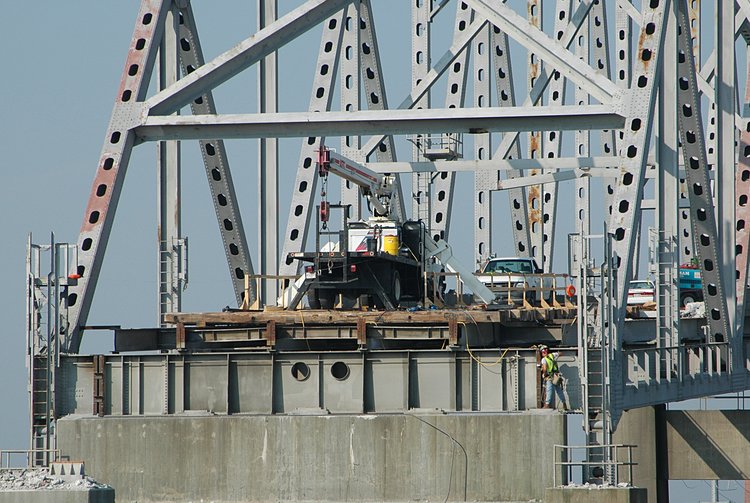 Cleaning the weld - but the big question for me is what is the purpose of this addition? 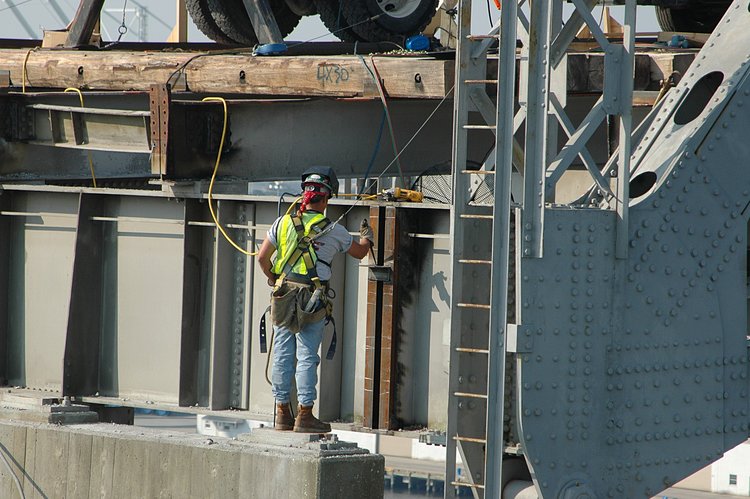