The worksite: The Grace truss adjacent to the Sea Breeze Marina and the Pearman truss, keeping Grace happy 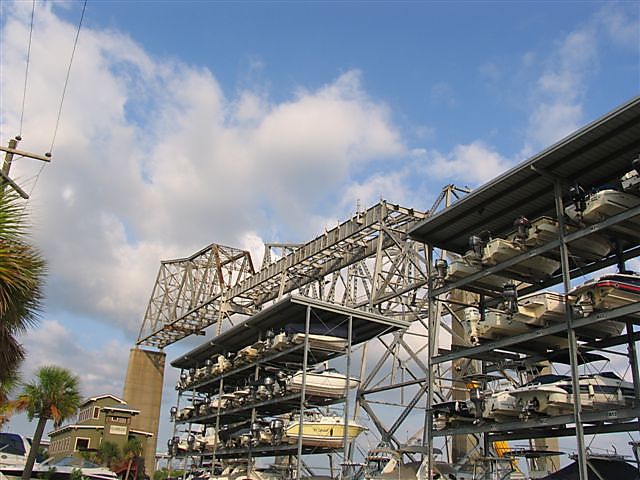 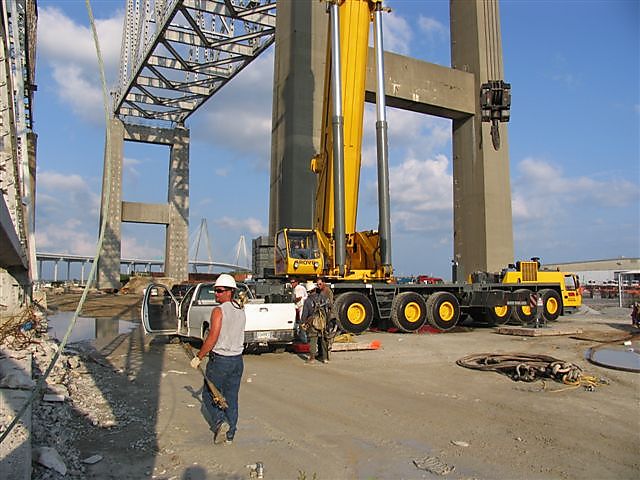 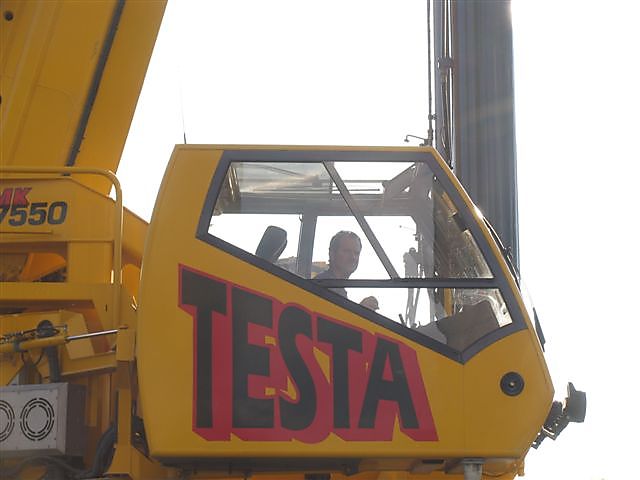 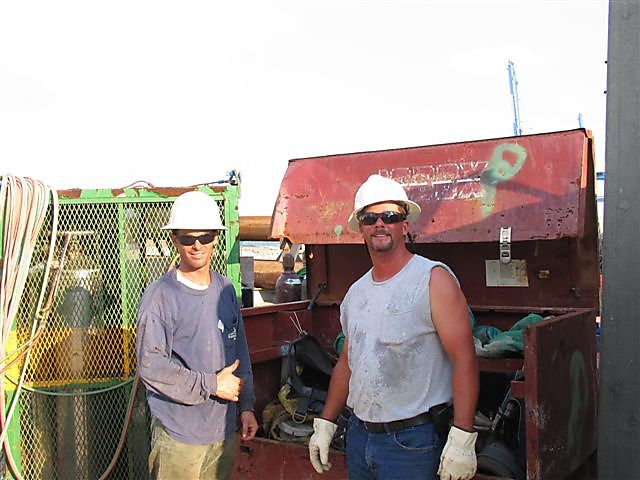 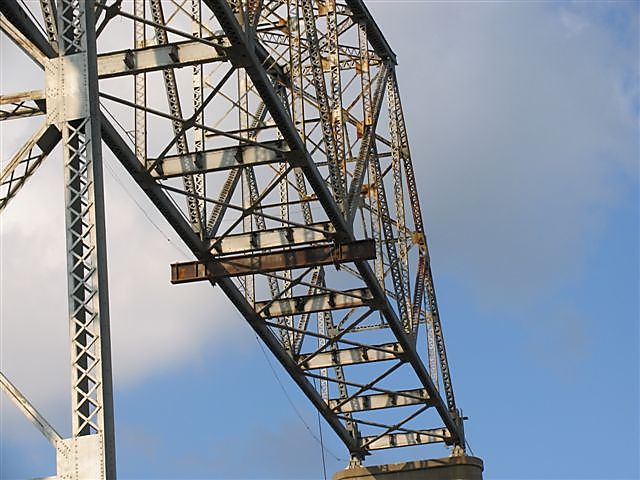 Looking from beneath the unbuilt section 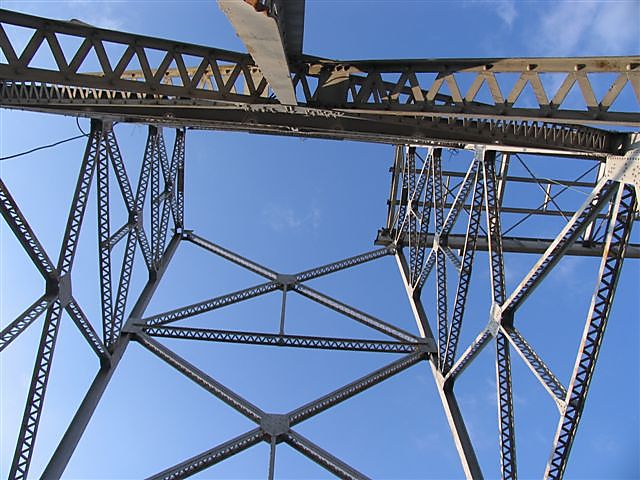 As seen from the marina 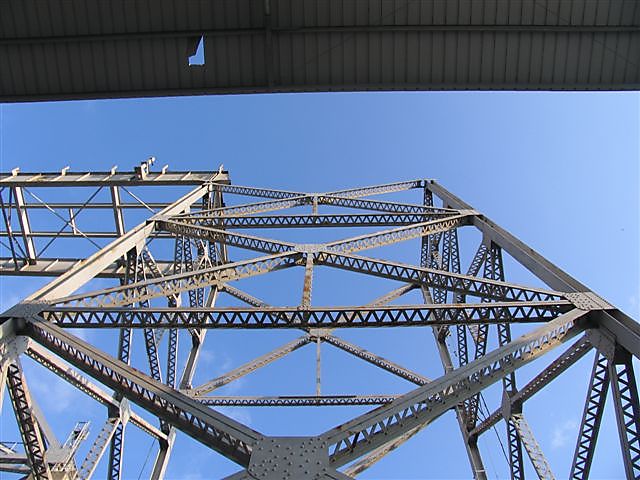 Look where Sonny and Carlos cut the girders 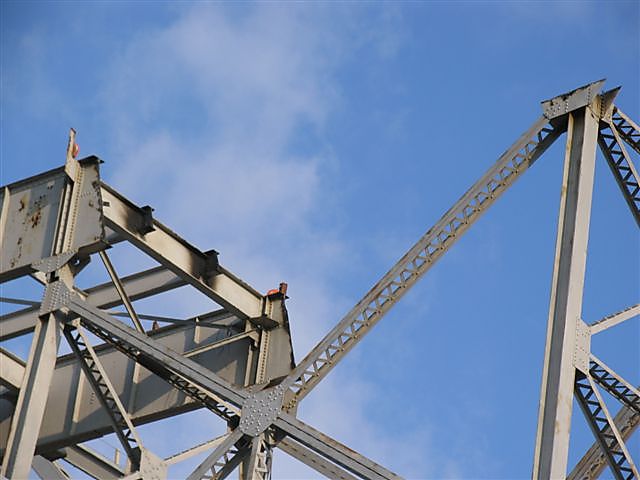 An unbuilt secion of the Grace truss 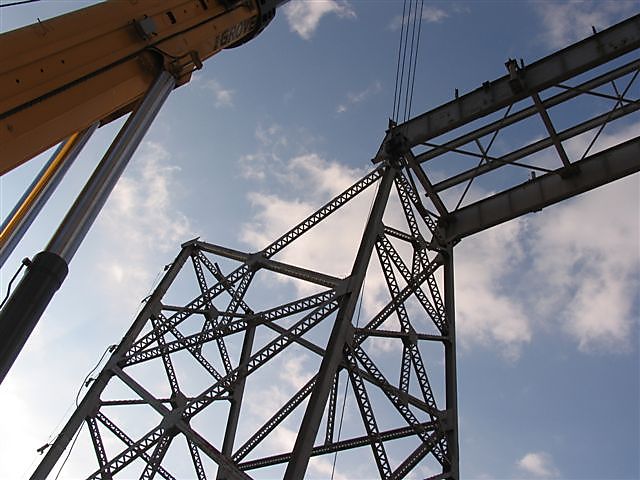 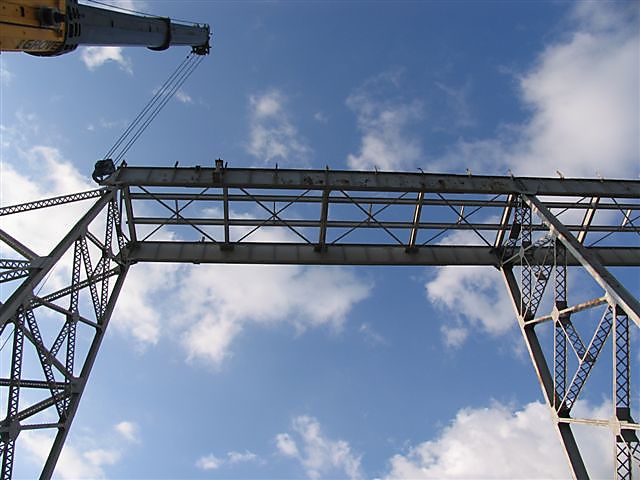 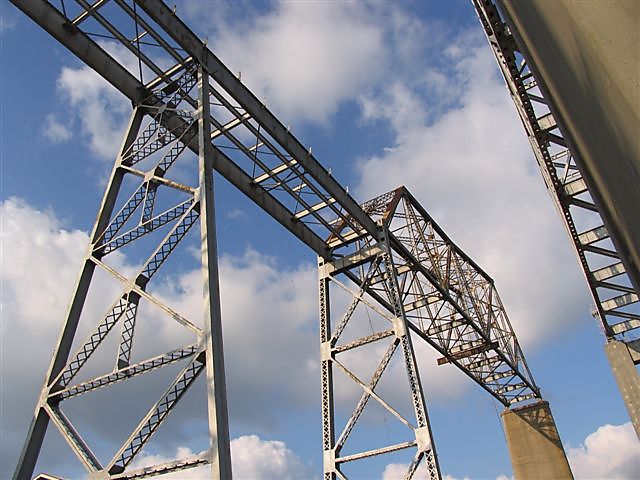 Chris moving into the lifting position 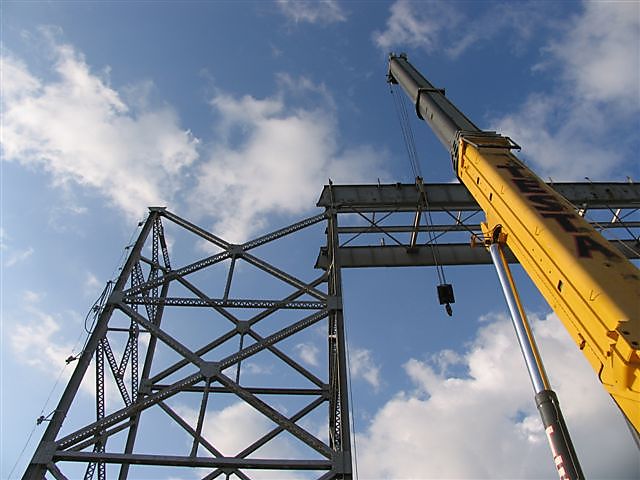 Side girder from earlier unbuilding 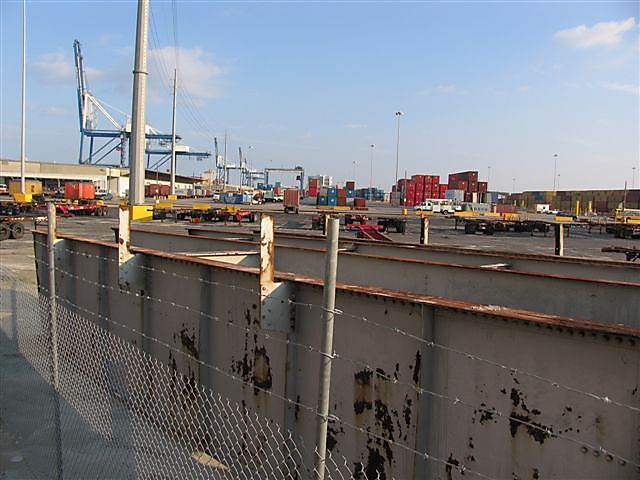